Out of the big city and over the hill. 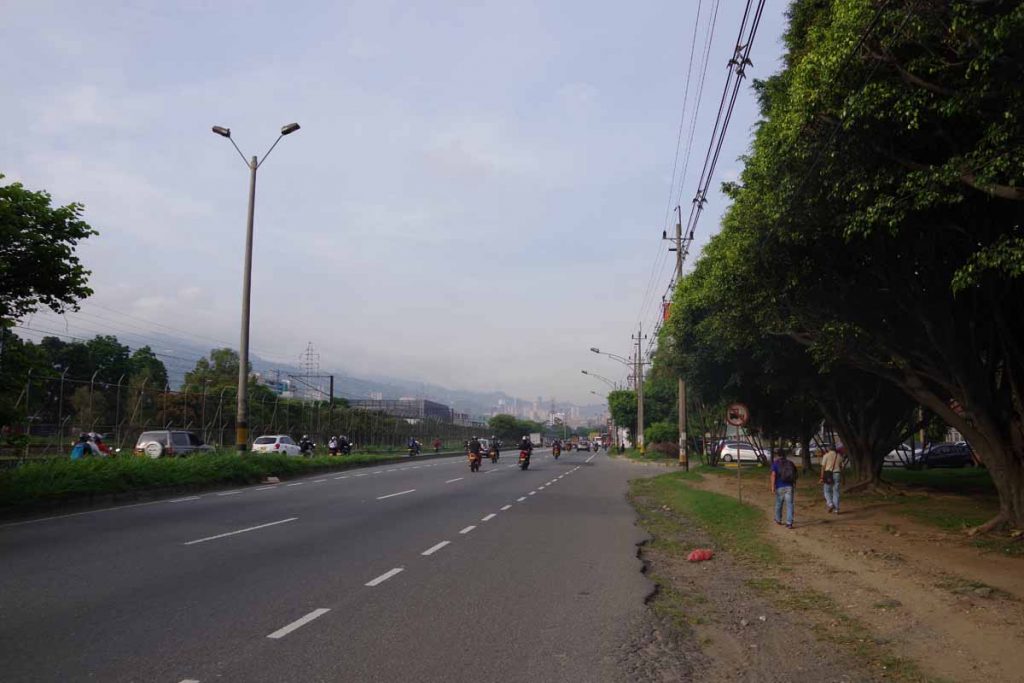 It was a little harder to get out of Medellin than to ride in. I left shortly after 6am, but there was already a fair amount of traffic. My general plan was to follow main arterials for 4km and then get on the main autopista highway. Problem was that these arterials had elevated through roads in the middle and surface streets on the sides. It already felt too busy to get into the middle lanes, so I followed the surface streets. At some point however, there was a construction closure and I was blocked.

Not a big deal, I got out the phone and followed several other local streets until around 5km I could get on the highway. There was initially no shoulder, but traffic was well behaved and I also wasn’t the only bicycle on the highway. Multiple local cyclists also passed. Fortunately, after a few kilometers I got the shoulders shown above. 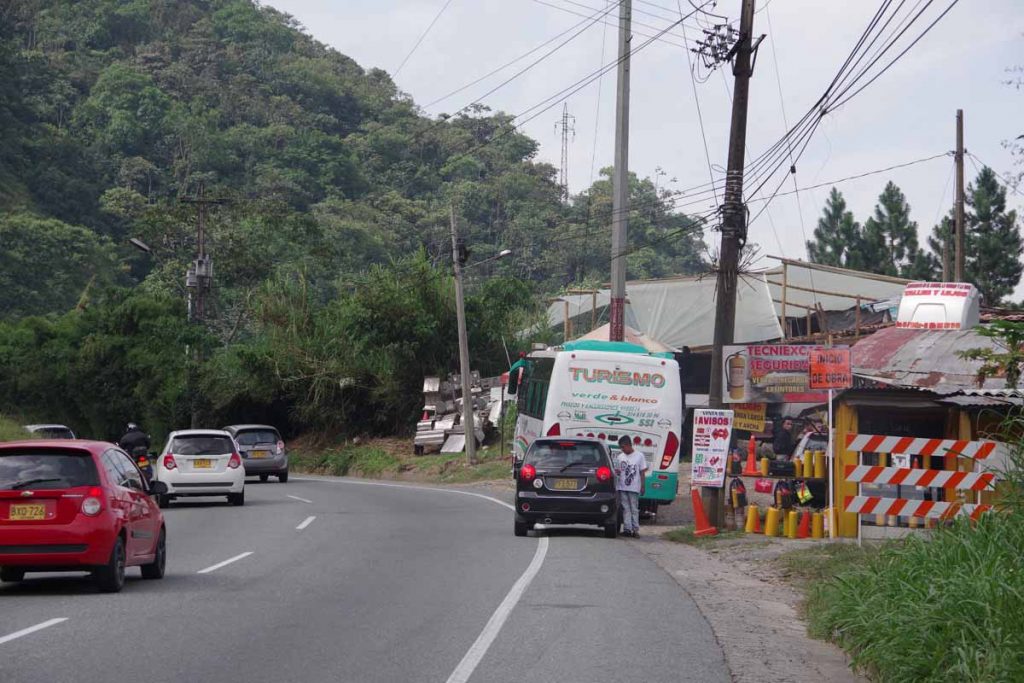 As I went further outbound, the lanes each direction gradually reduced from six to five to four and then eventually to two lanes each direction at 16km. Occasionally these buses would stop in the right lane or there would be trucks stopped, but it all worked fairly well. 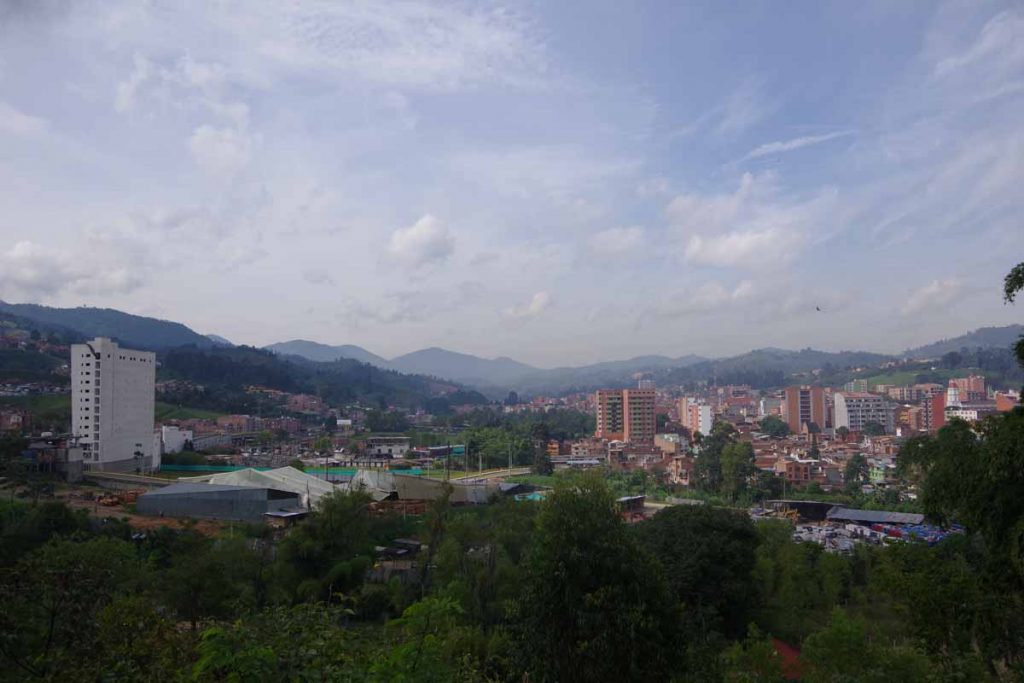 The highway bypassed the main towns, but I could see them sometimes below. 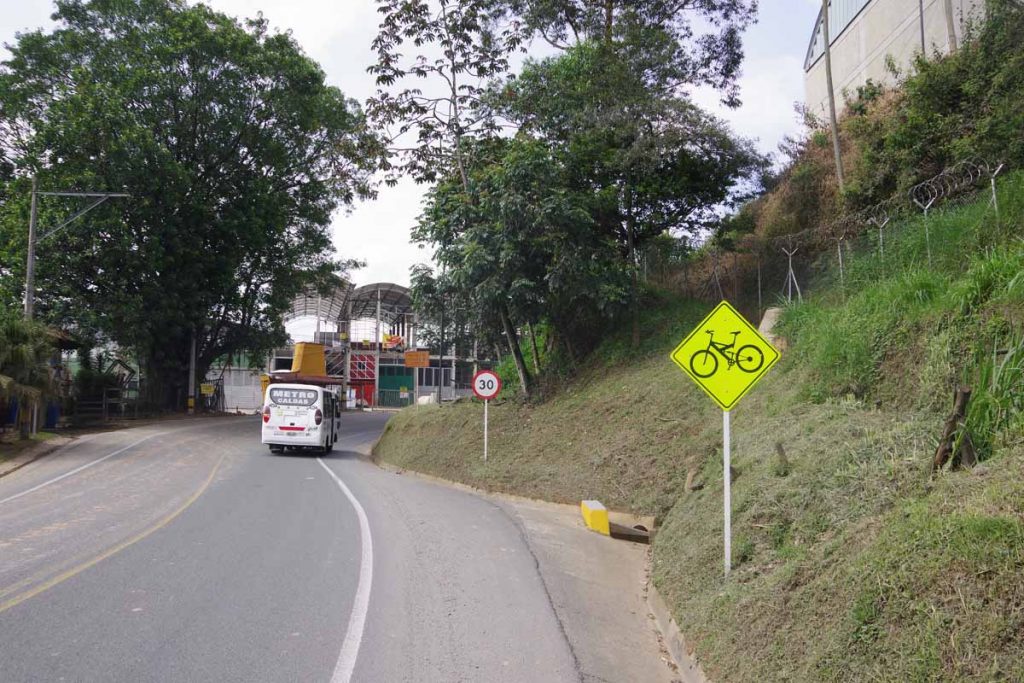 At 27km, the road split and now only had one lane each direction. I find it interesting the amount of detail on the “bicycling” sign. Not just any bike, but looks like a full suspension mountain bike. 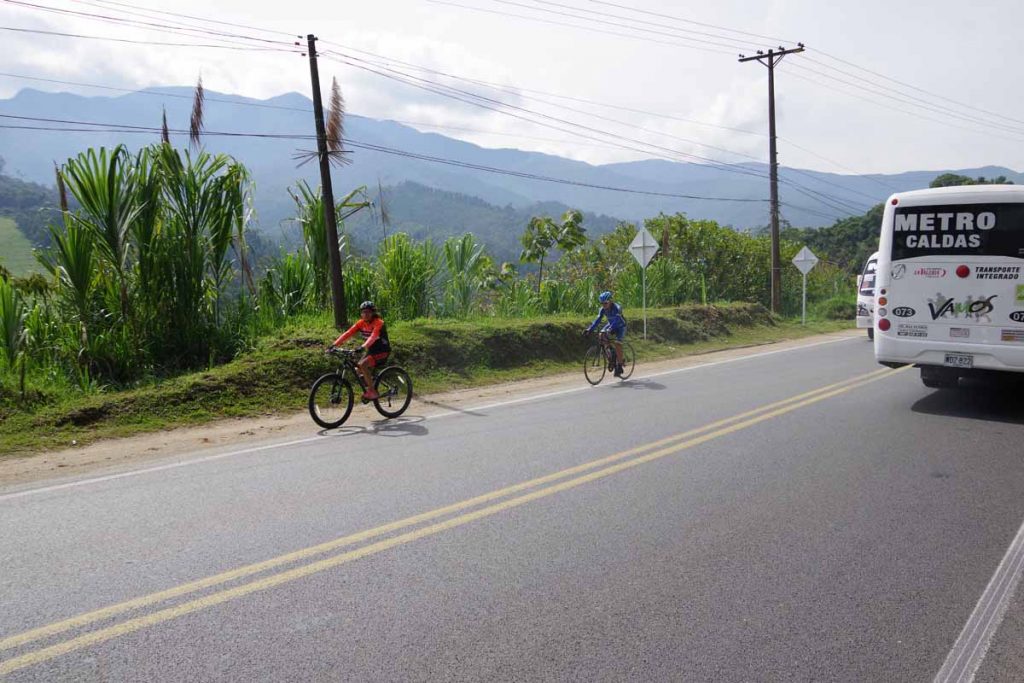 This is a cycling country and I saw many locals out riding. 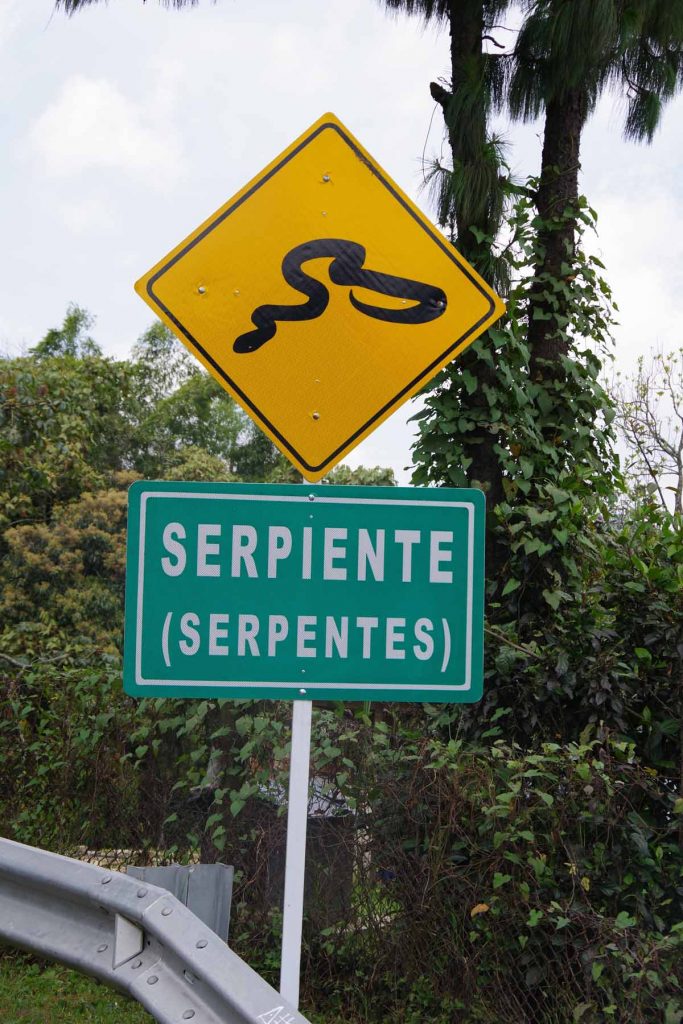 I found it amusing to see the signs along the way, this one for serpents. 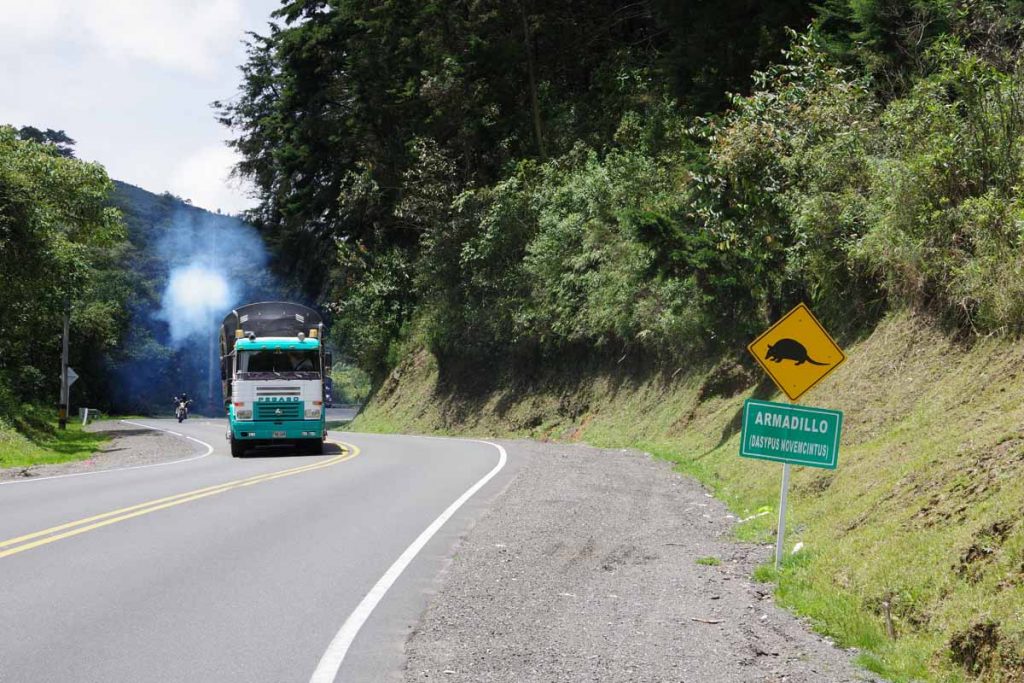 The genus and species for armadillo. 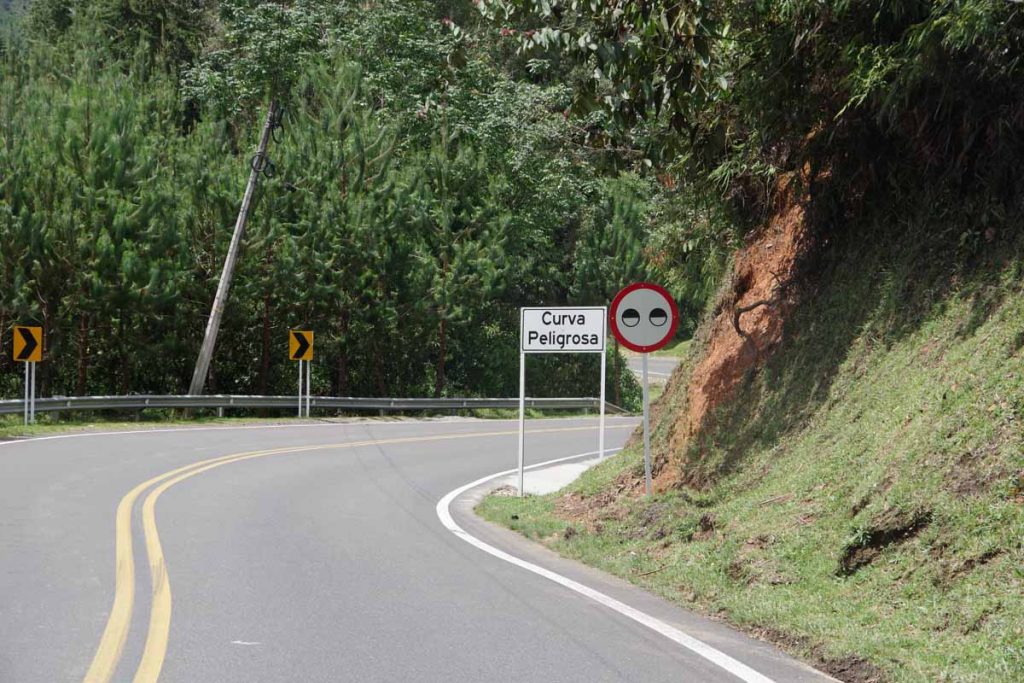 I’ve seen these “eye” signs before in Colombia, but they were particularly present today. 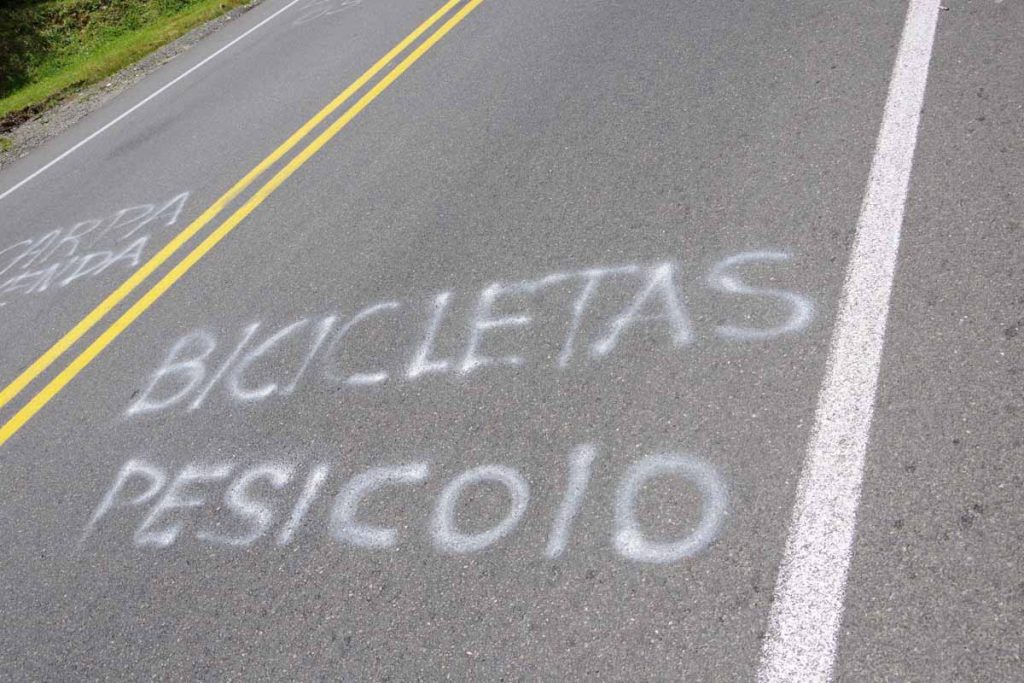 I got close to the top and saw this “bicicletas pesicolo” sign. As best I can tell, this is name of a local shop or organization. 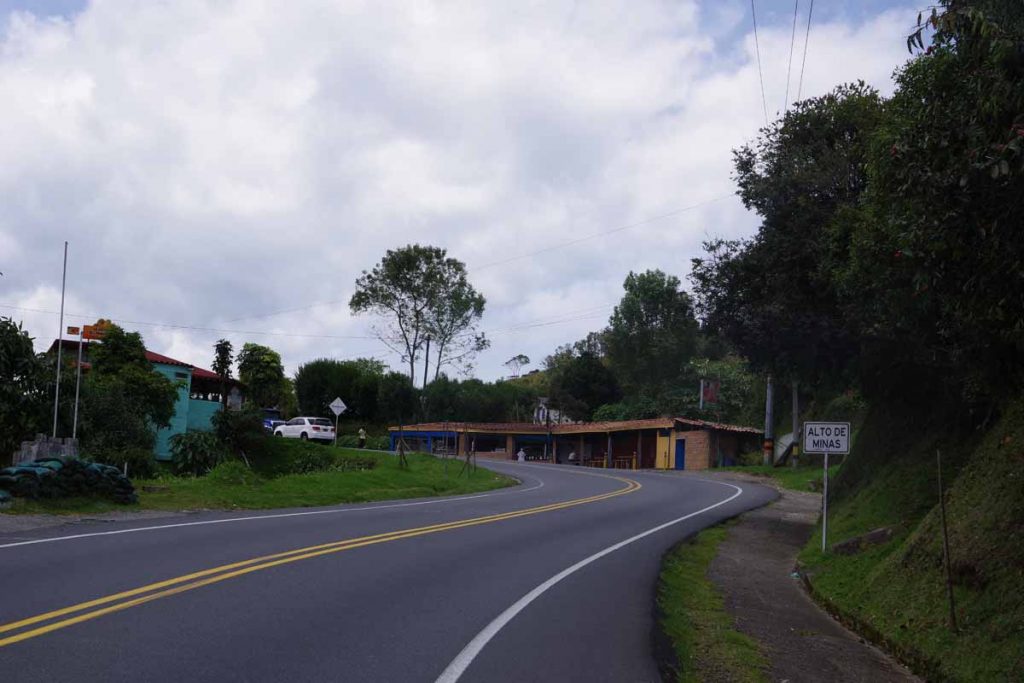 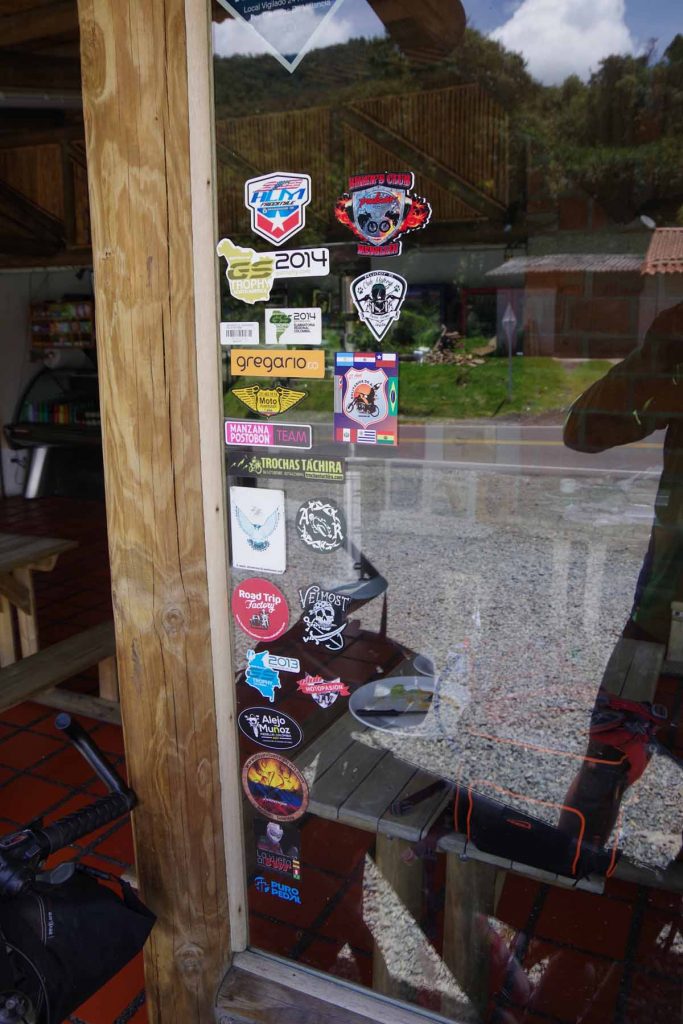 They also showed me many stickers placed here by various cross-continent travelers. Alas, I didn’t have one for them to add. 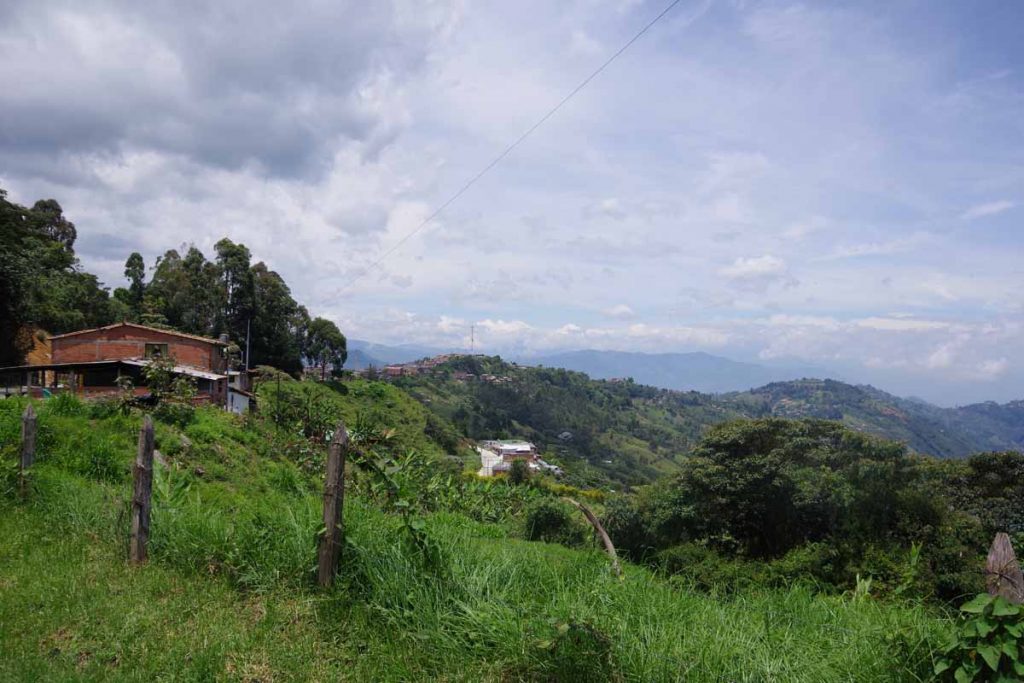 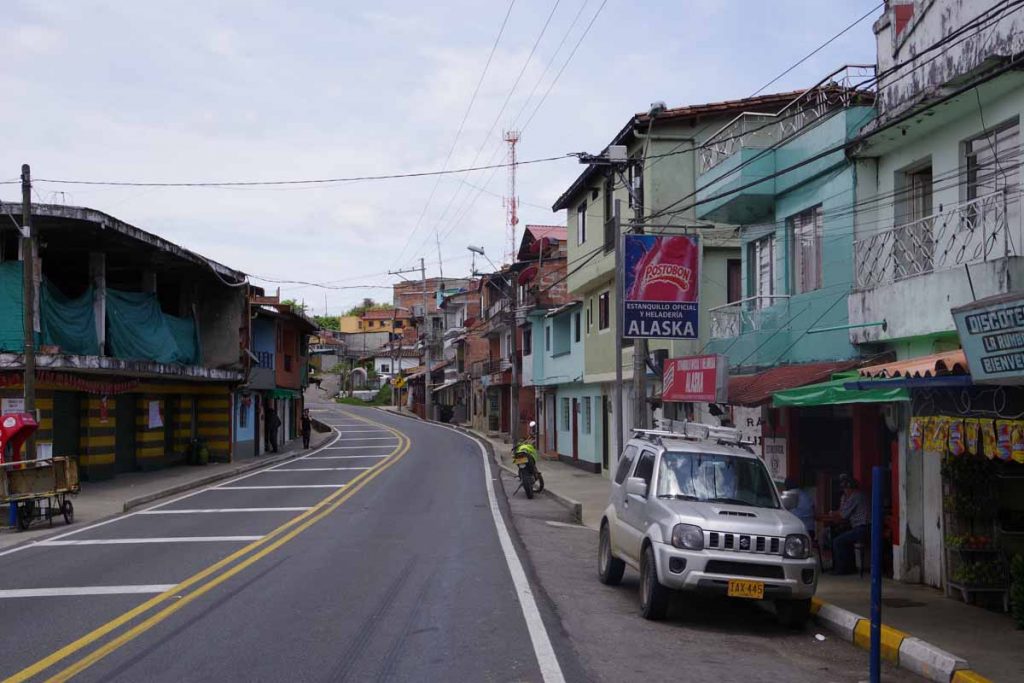 Versalles was town before that. Amused to see they had “Alaska” ice cream. 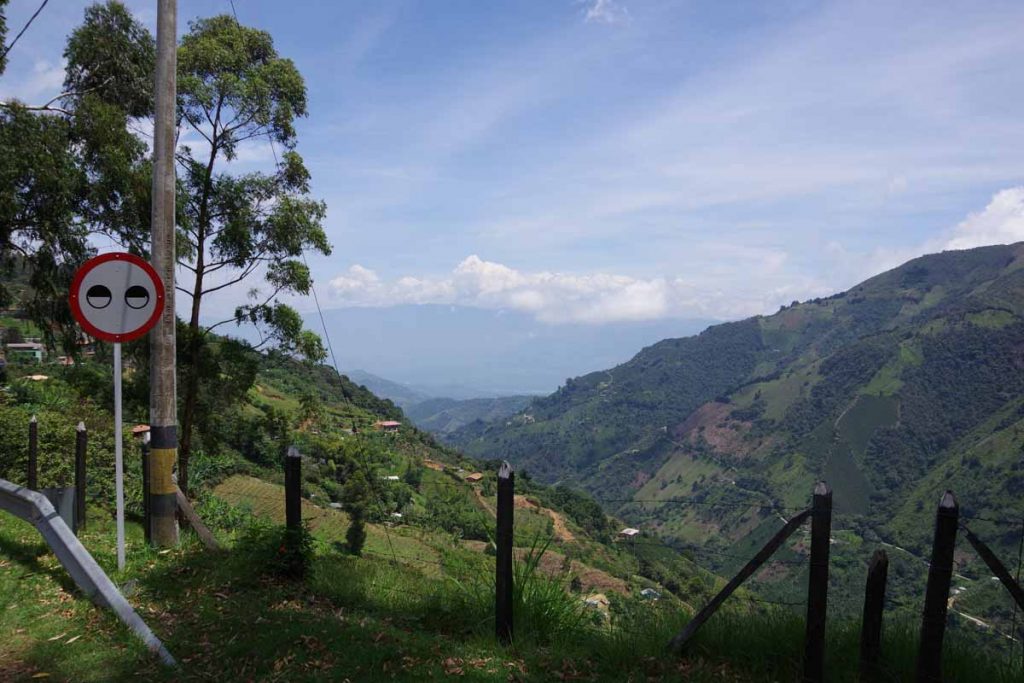 Some great views on the way down. 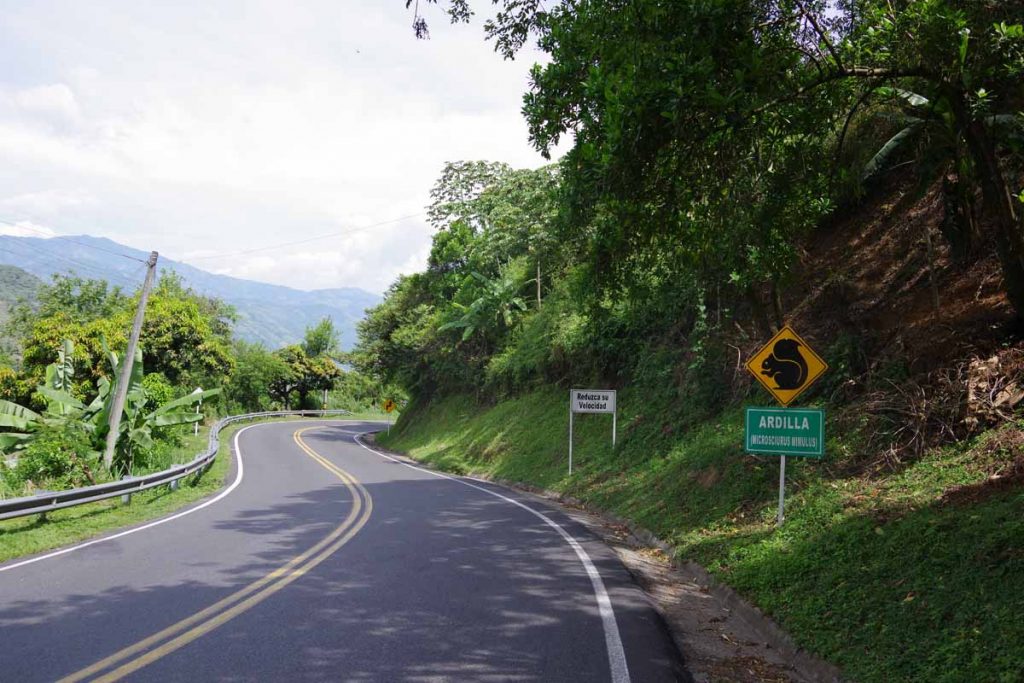 At 55km, I came past Santa Barbara. I knew another blogger had stayed here. However, apparently he went into the town and I stayed on the main highway. Hence, I ended up bypassing any hotels and soon found myself on other end. Not a big deal, but decided to complete the rest of the descent today.

It was a slow steady drop and it slowly heated up on the descent. I am now back to hotels with air conditioning, no blankets and one temperature water. Interestingly enough, the main river past town is “Rio Cauca”. I left this behind in Puerto Valdiva at 200m but by now I’ve gone upriver so am at 750m on the river. General route will follow this river further upstream from here for a while.