Down the hill and into the big city. 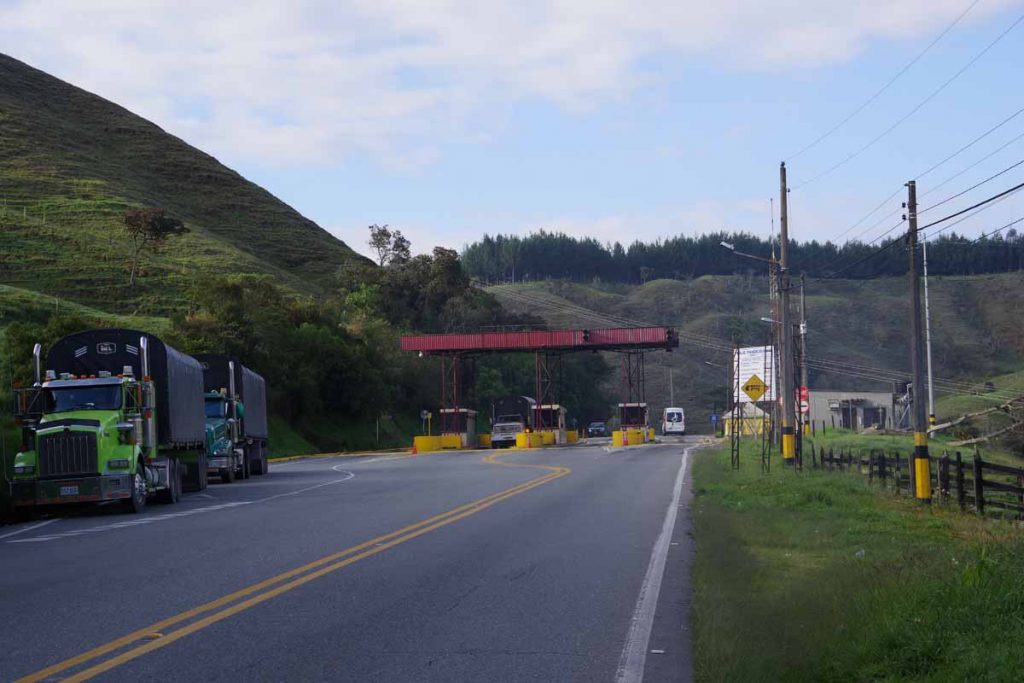 Overall an easy day, though descending 1000+ meters and riding into a city of 2.5 million does take some concentration. I wasn’t in a big hurry since I knew today would be straight forward. The first 5km were actually a slight uphill to ~2200m (7400ft). 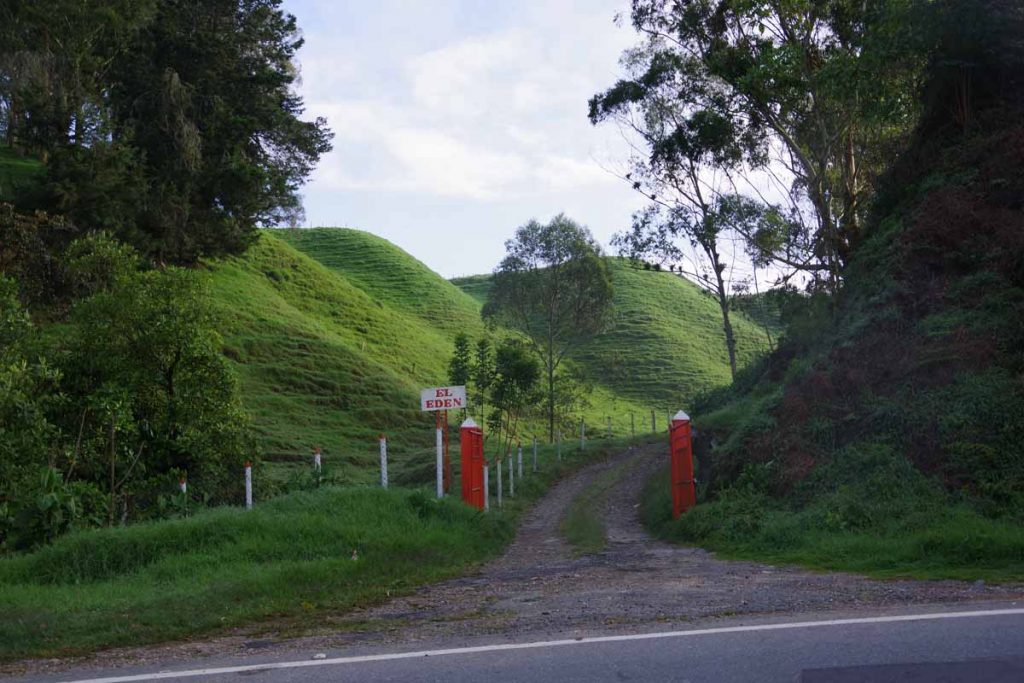 I passed a little piece of Eden along the way. 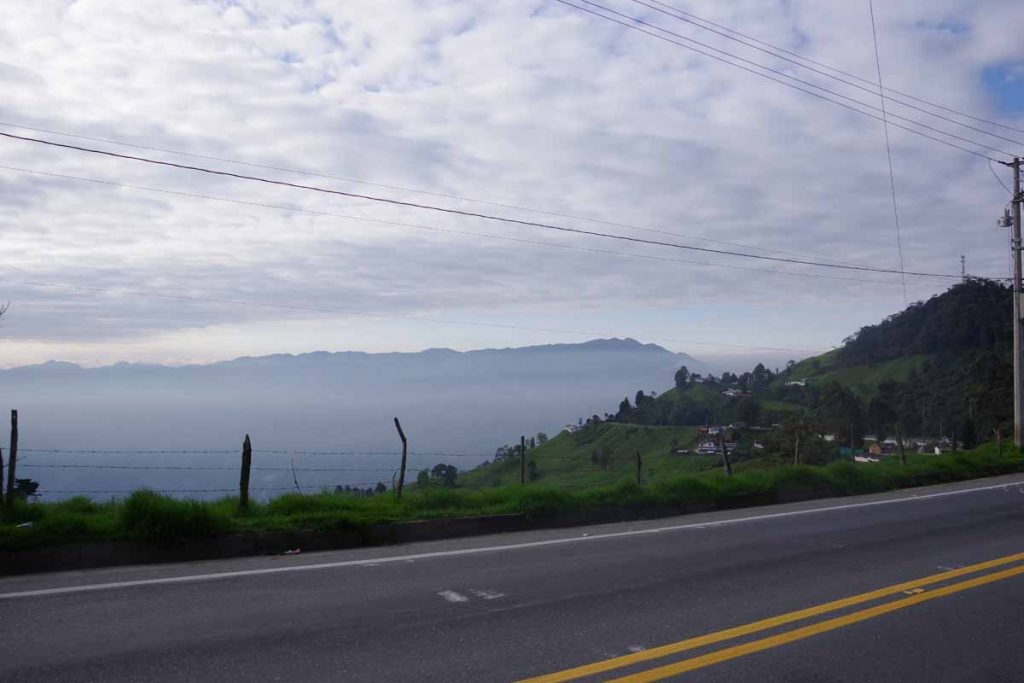 At 5km, I came to edge of the downhill. The valley floor is 1100m (3900ft) below. As I descended, there were at least 20 recreational cyclists climbing slowly up the hill. A few reached the top and then passed me back on the way down. 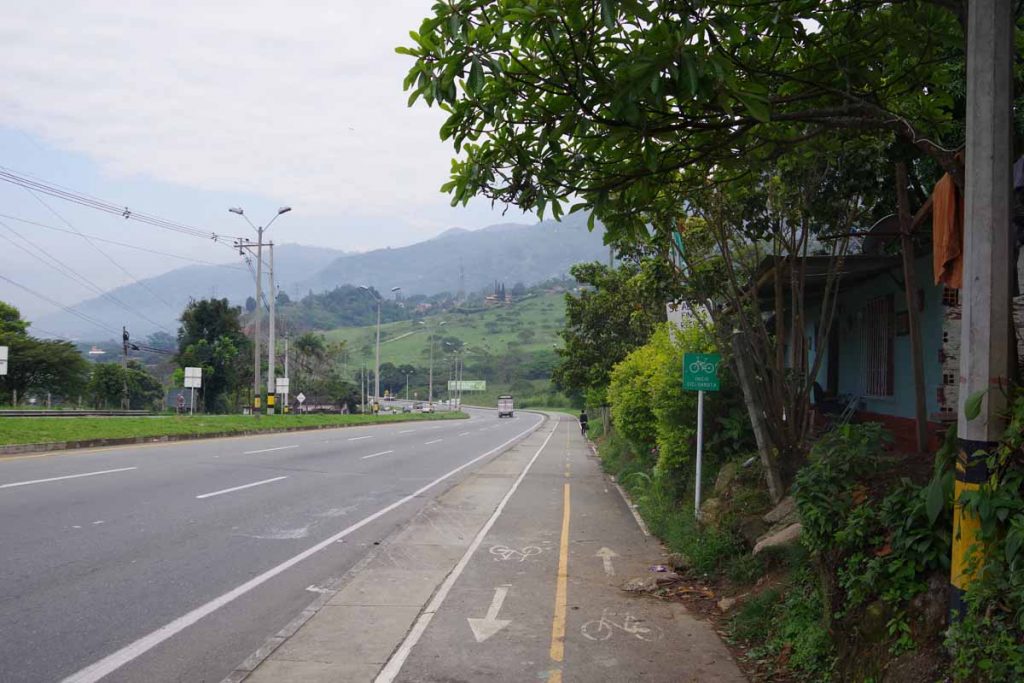 At 18km, I was down at the bottom and joined a major highway heading very slightly up the valley towards Medellin. There was a bike path here. It was a bit bumpy, particularly when it crossed a lot of side streets. It was also incomplete, going away in parts. 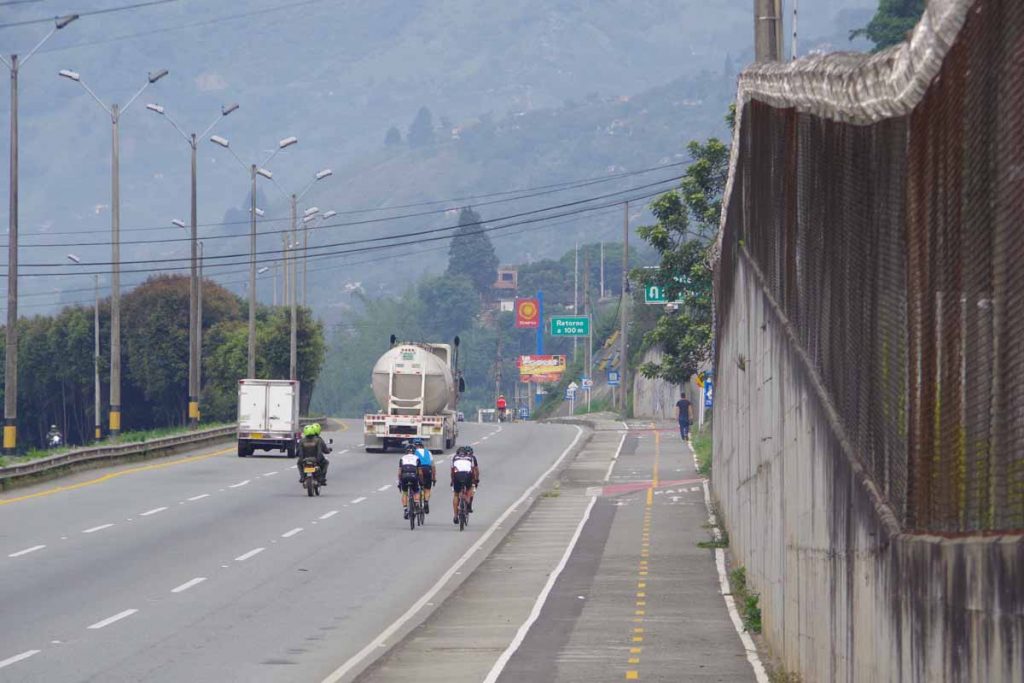 The road cyclists pretty much all avoided it and rode in the right lane. Traffic was light and this seemed to work. I alternated doing some sections on the road and some in the bike path. By 38km, it had gotten pretty busy. 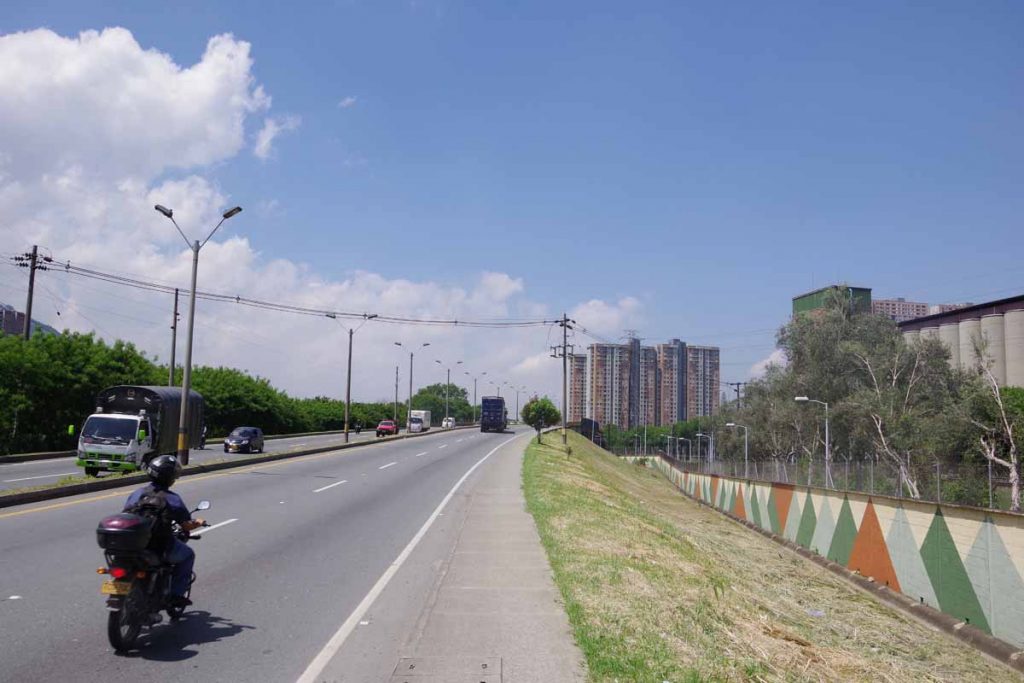 I took a traffic circle and then onto a secondary highway. No bike path, but this one had a sidewalk. Again, I tried the sidewalk in some pieces, but mostly ended up on the road. 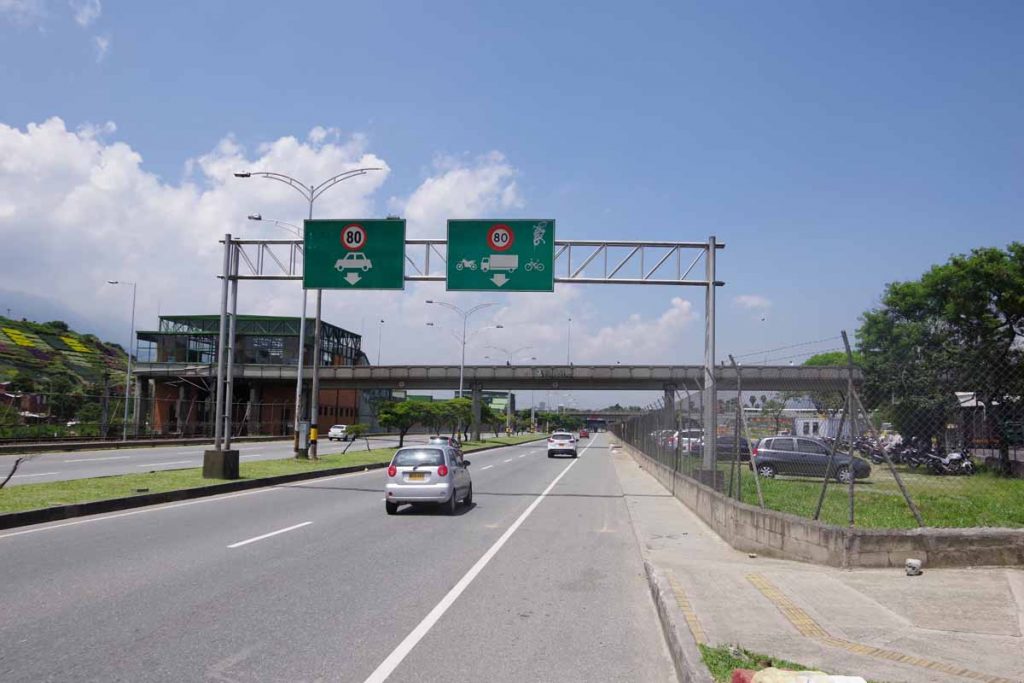 The last section even marked the right lane for bicycles and trucks. At 48km, I turned off this road and into the main city. Without too much trouble, I found my way to reasonable hotel recommended by other cyclist blogs. 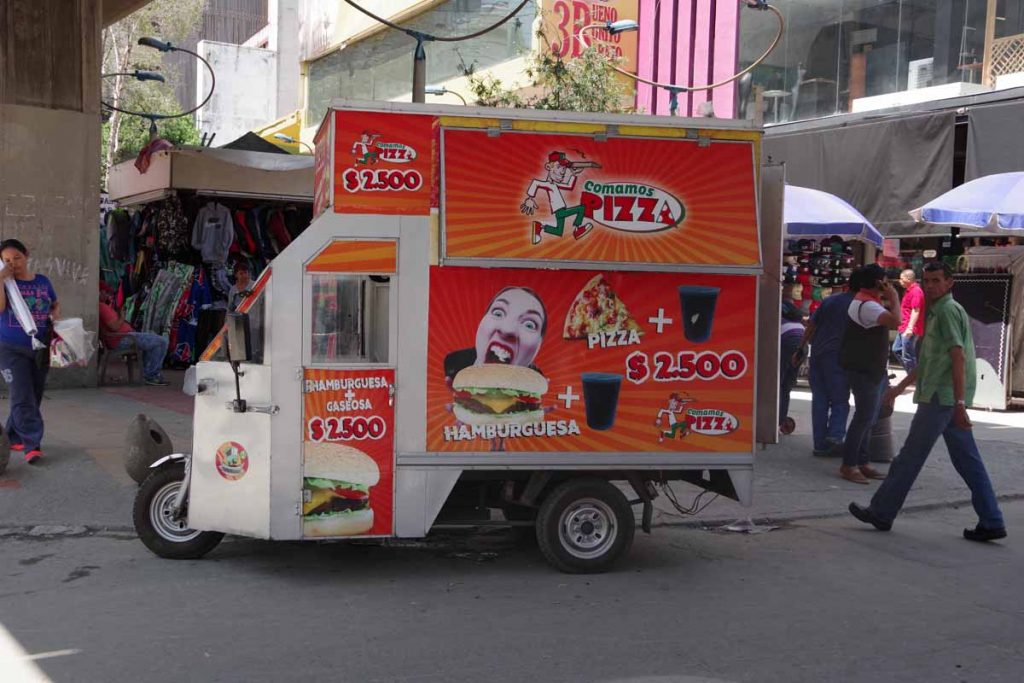 I am about 1km from the main commercial district, so took a walk. 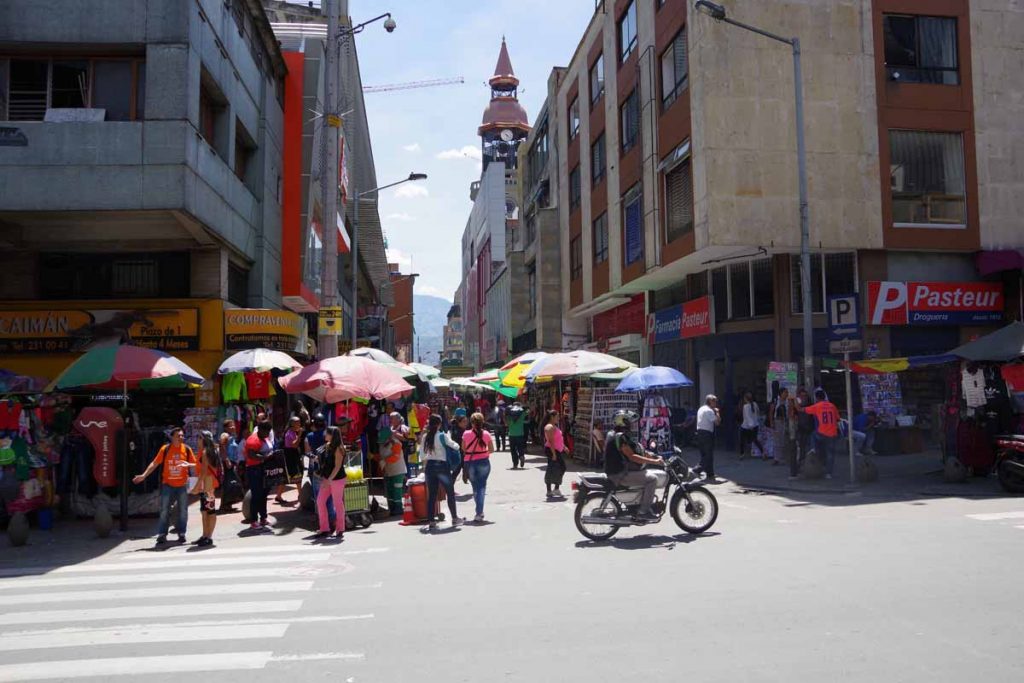 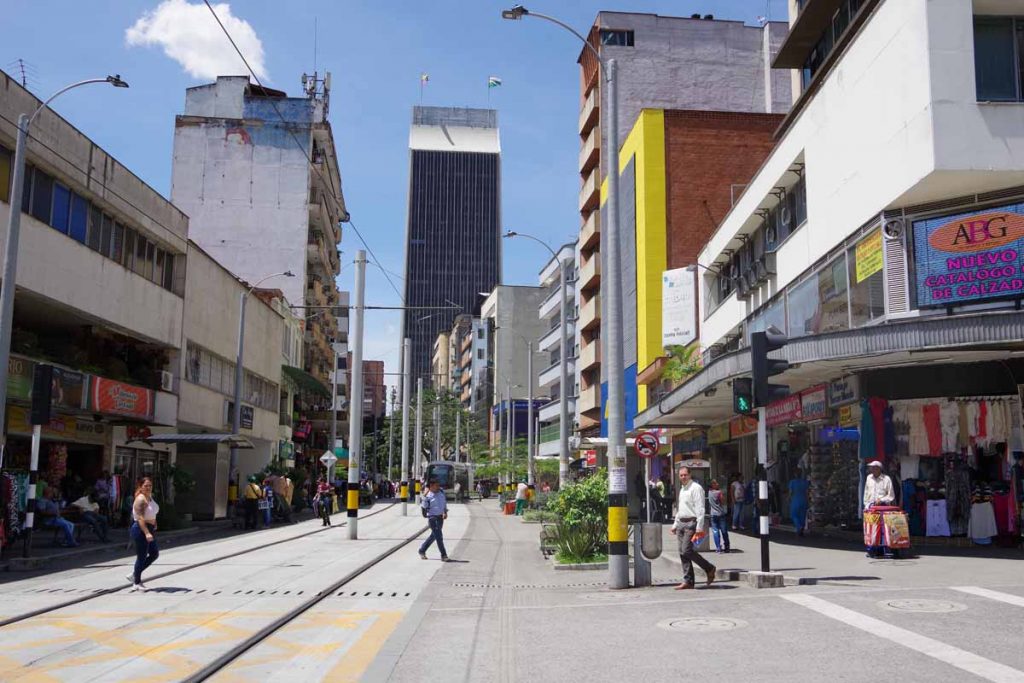 Light rail running through it. 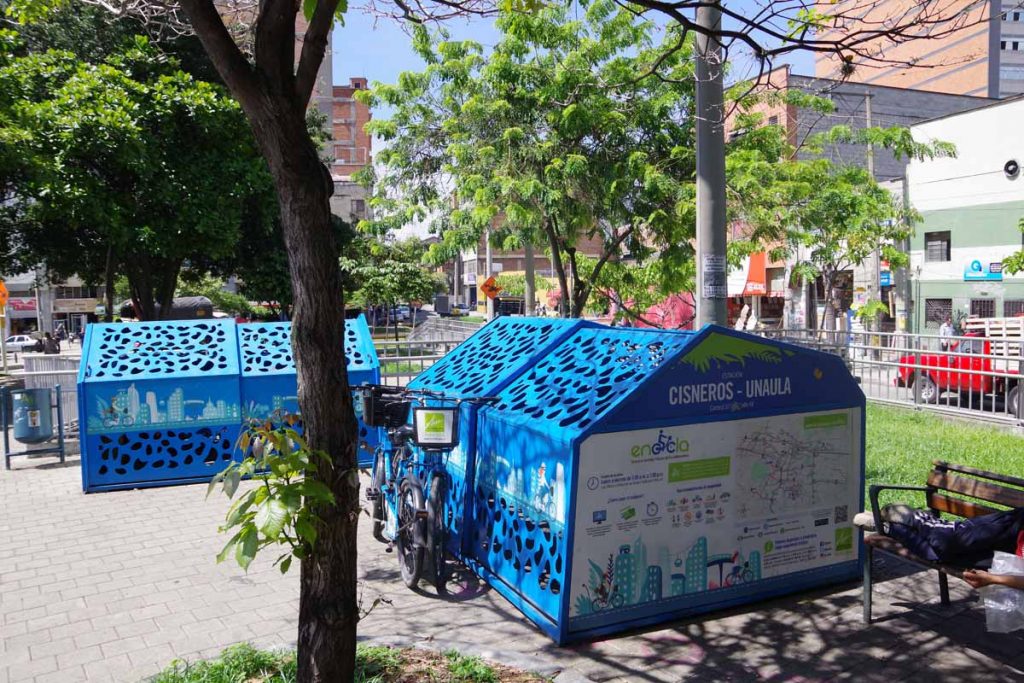 A city bike share program, the bikes are inside these lockers. 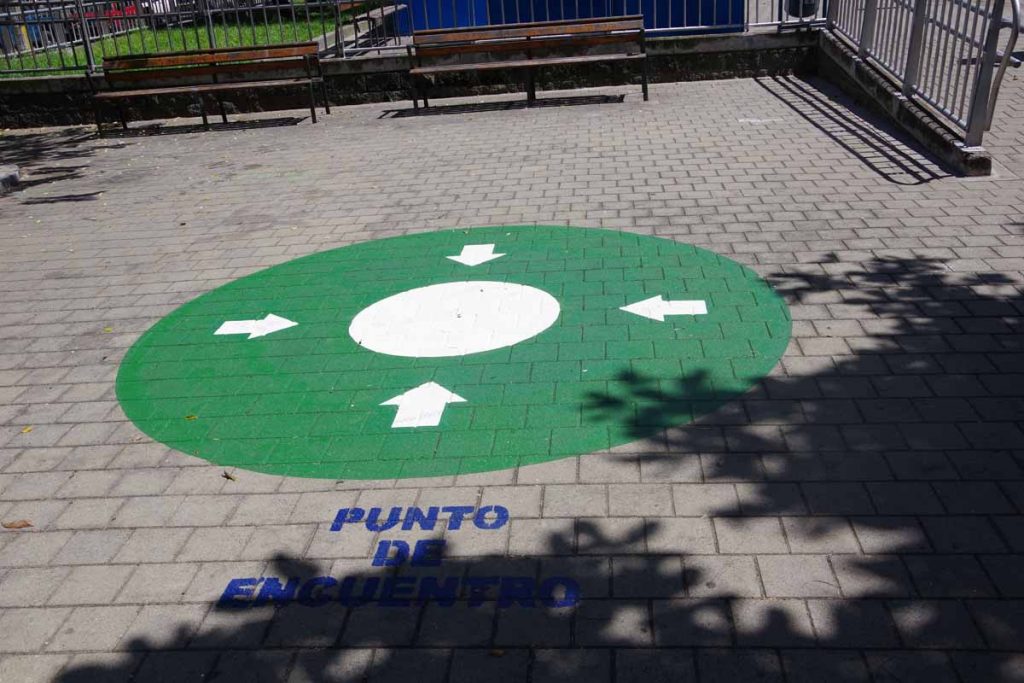 Have seen more of these assembly points in Colombia and other countries.

Overall, getting into Medellin took some care, but compared with other large Latin American Cities I’ve ridden, this was easier than average. Now will take some time to plot my route to Cali and following via points. Pretty much guaranteed there will be some substantial climbs though.