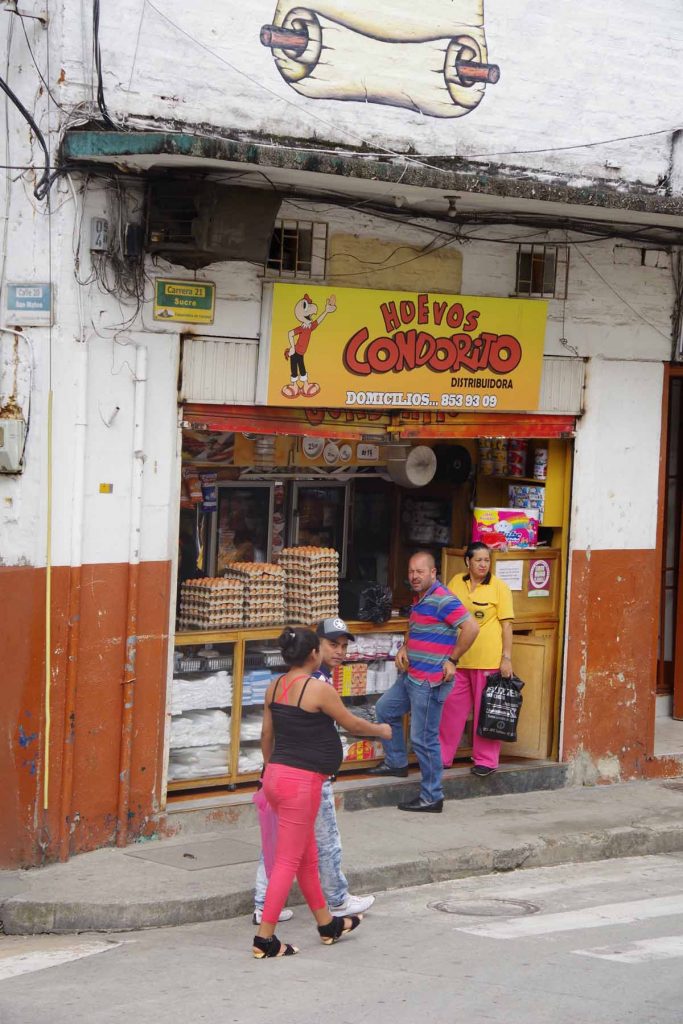 Yesterday I took a rest day in Yarumal. It was a nice little town and my hotel was right off the main square. In addition, forecasts called for 100% chance of rain with 25mm total throughout almost all the day. It turned out the forecasts were wrong and it was dry and mixed clouds all day until a solid rain shower late in the day. 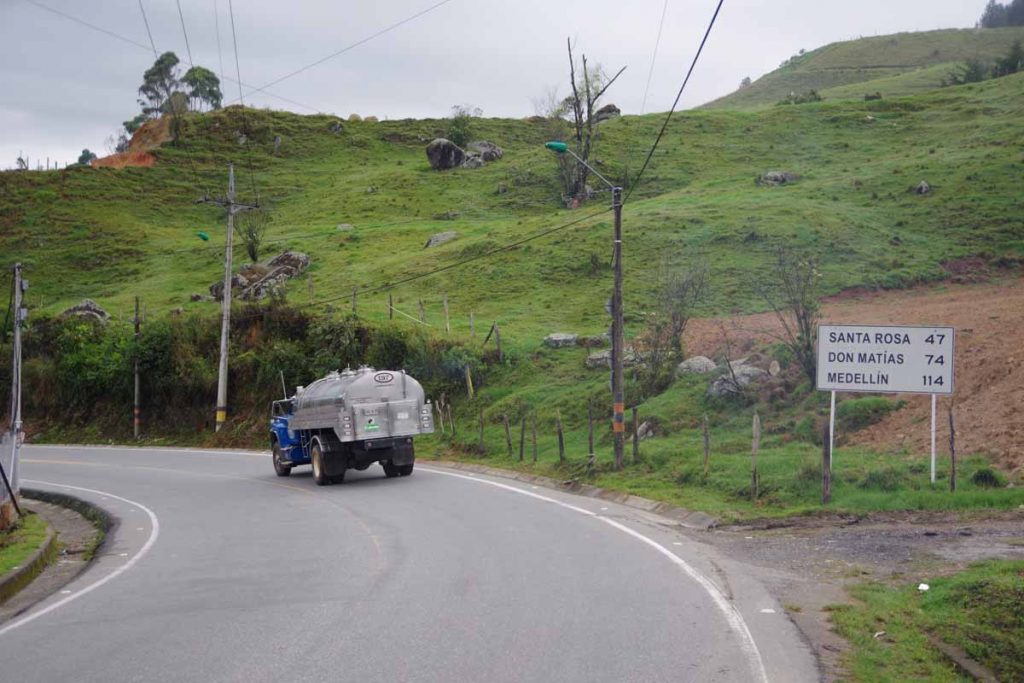 This morning I was ready to go. Road sign gave the rough choices for next days – figured Santa Rosa at least and perhaps Don Matias. The first 6km were mostly descent into the valley and below 2000m. 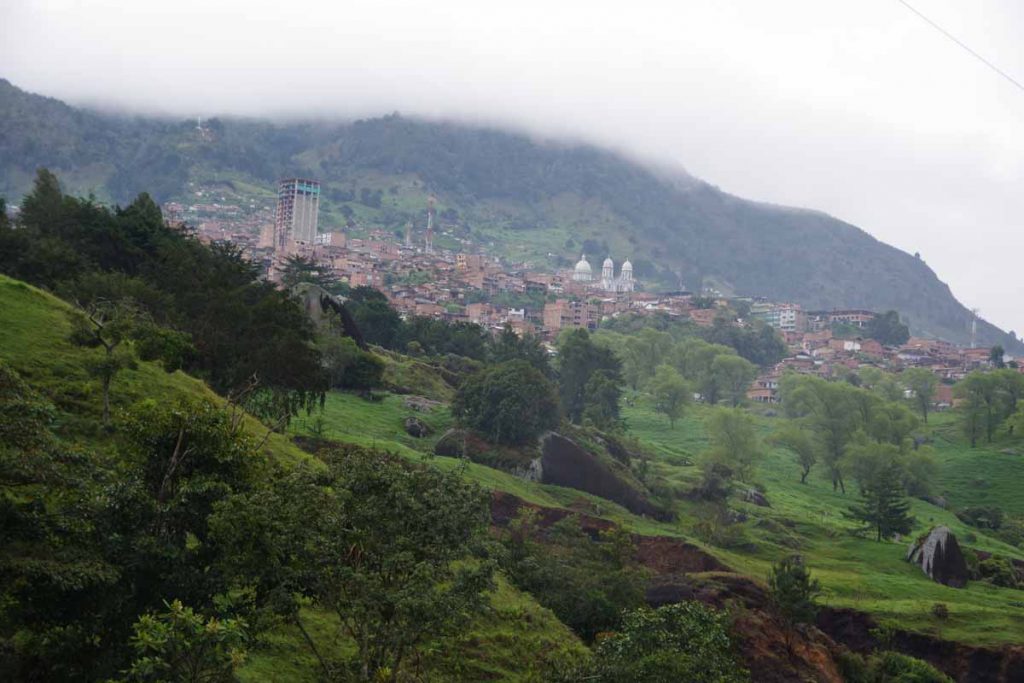 One could see Yarumal above. 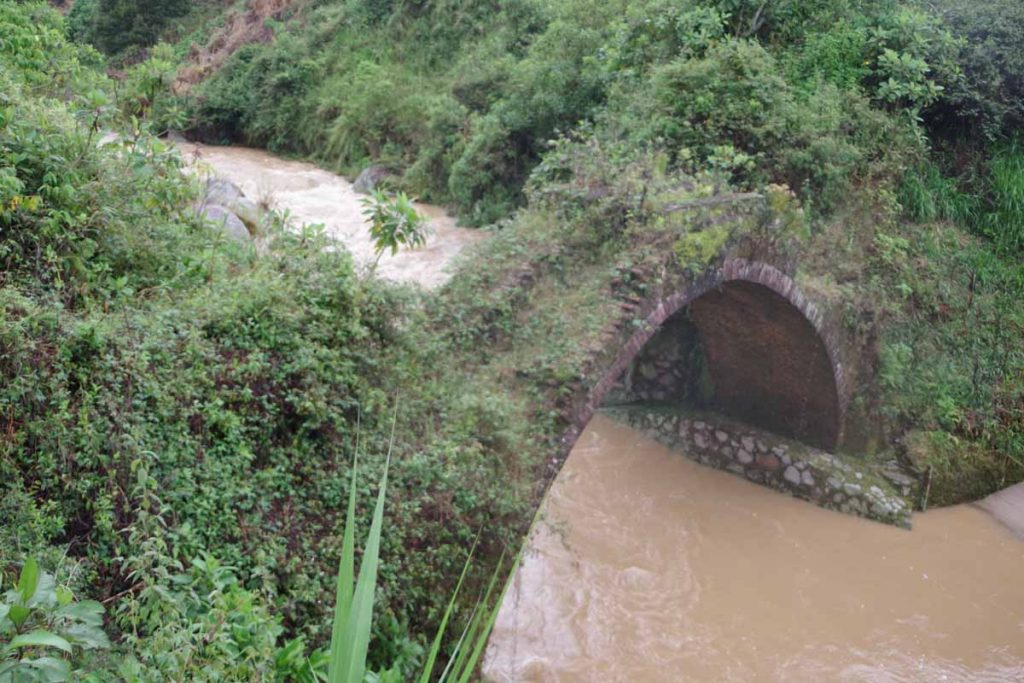 At the bottom was an interesting old bridge.

After this the climb began, another ~600m (2000ft) over the next 12km. As I climbed, it started a light drizzle and then a light rain. The temperatures also fell below 10C (50F). It wasn’t extremely steep, so just a steady climb up the hill. 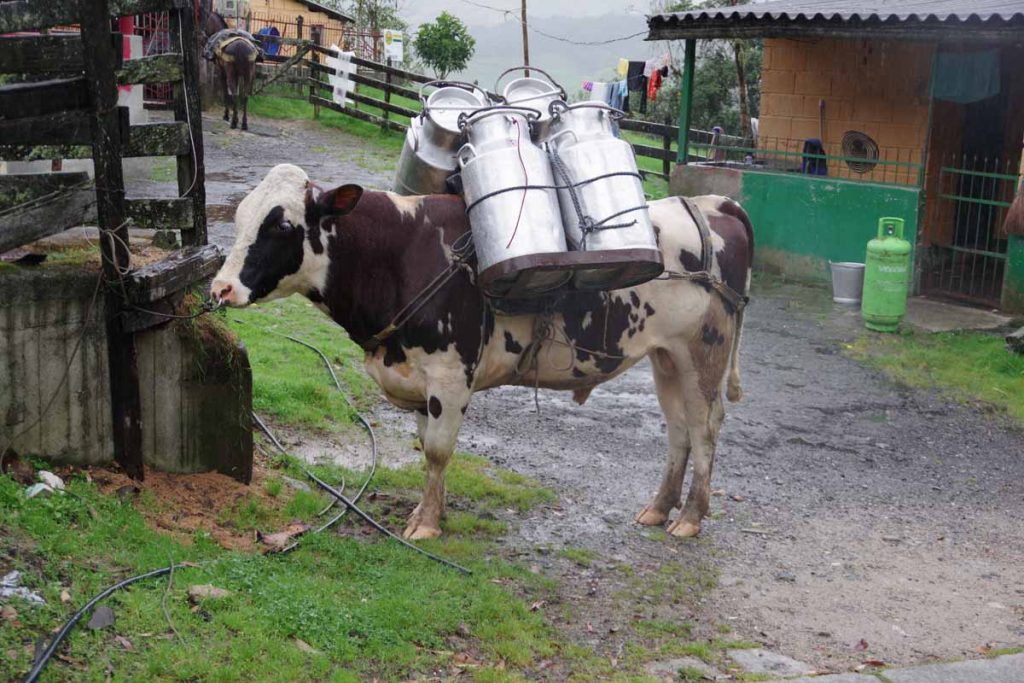 This bull was saddled up to carry the milk.

The rain continued as I reached the top and came into Llanos de Cuiba. A little past a toll booth there was a roadside restaurant and hotel. It was a welcome sight as I parked my bike out of the rain. Folks looked at me and my bike shorts in the cool rain (8C) as being a bit crazy, but this didn’t stop me from being served. Nice break here and was almost tempting to check out the hotel. 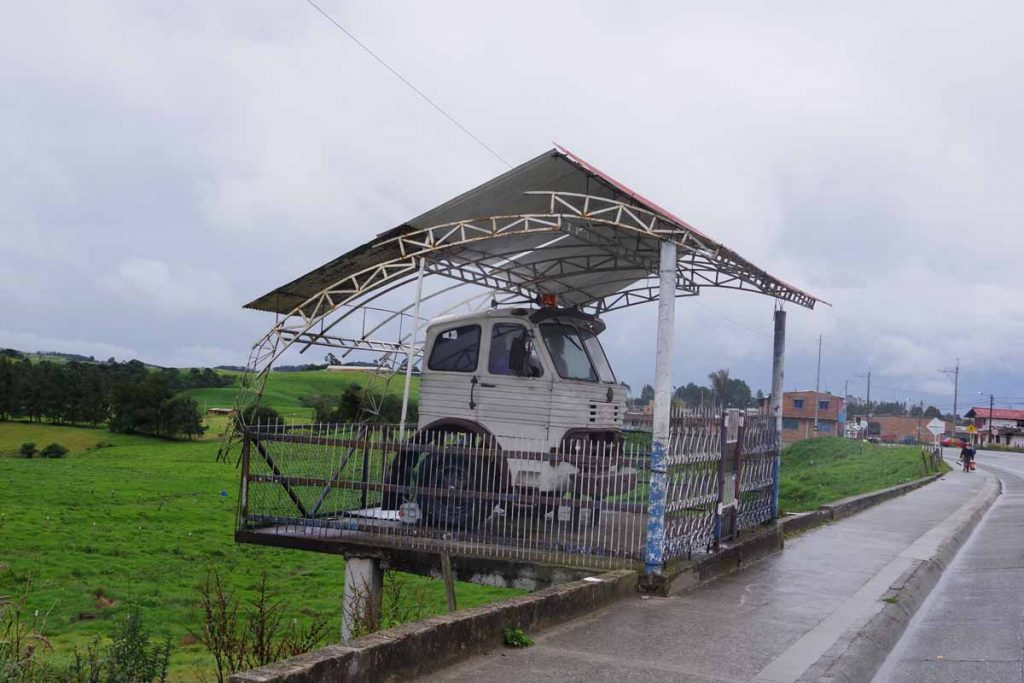 After my break, the weather improved: rain mostly stopped and it also slowly warmed up.

I passed what I think was a roadside memorial – to people killed in a truck. There were even dummy figures in the cab. 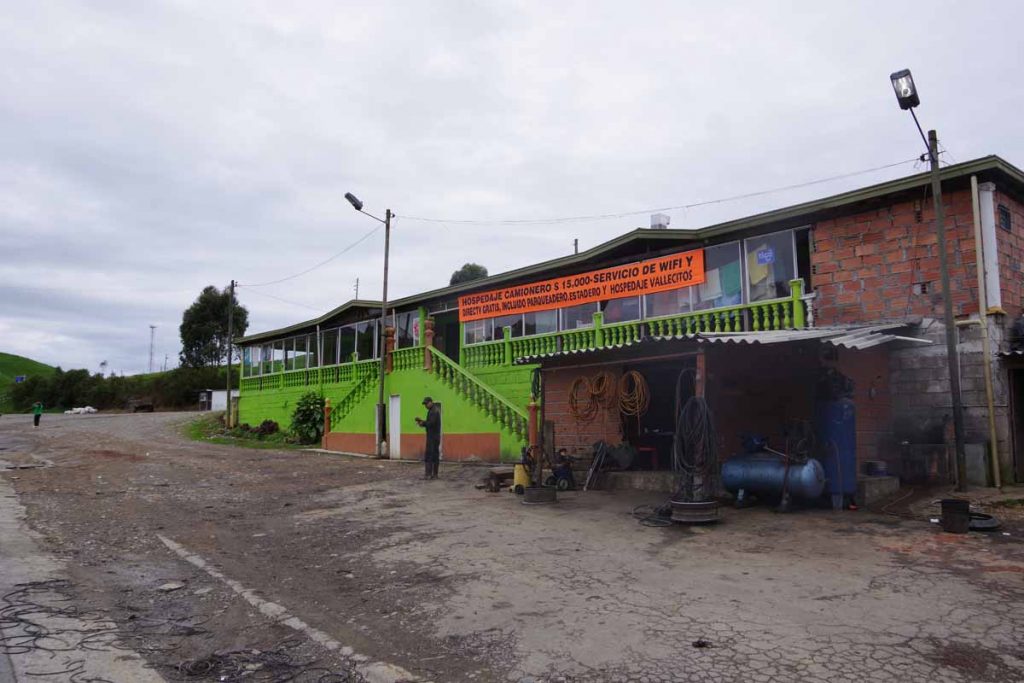 There were multiple small hotels along the way today. This one advertises 15,000 pesos (~$5.50). Less than average, but overall small roadside hotels are not very expensive in Colombia. 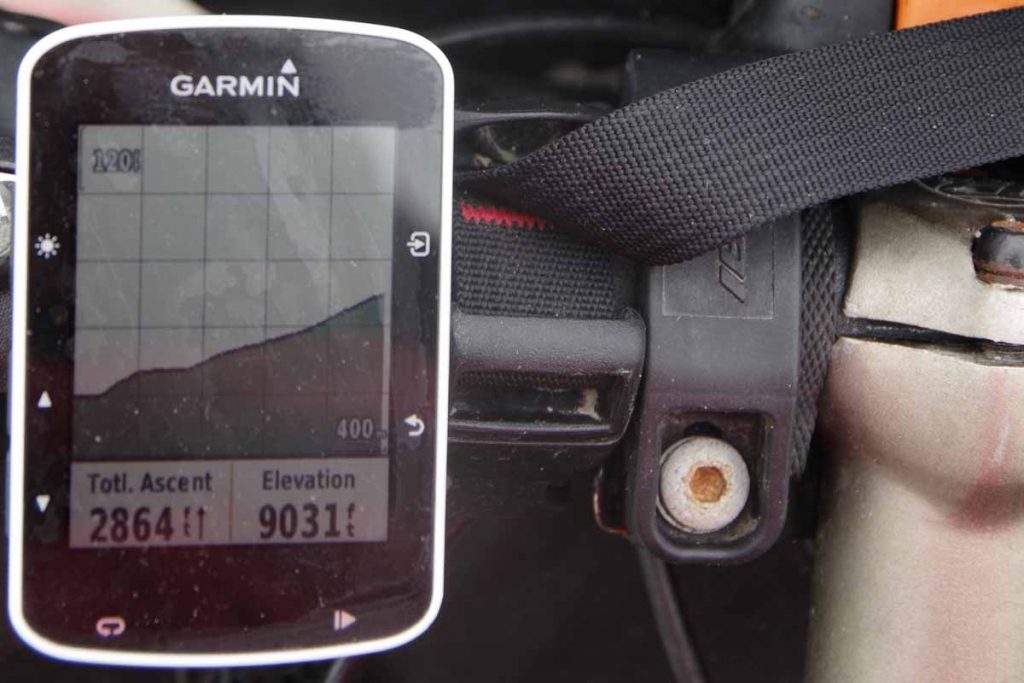 I reached the high point for the day. 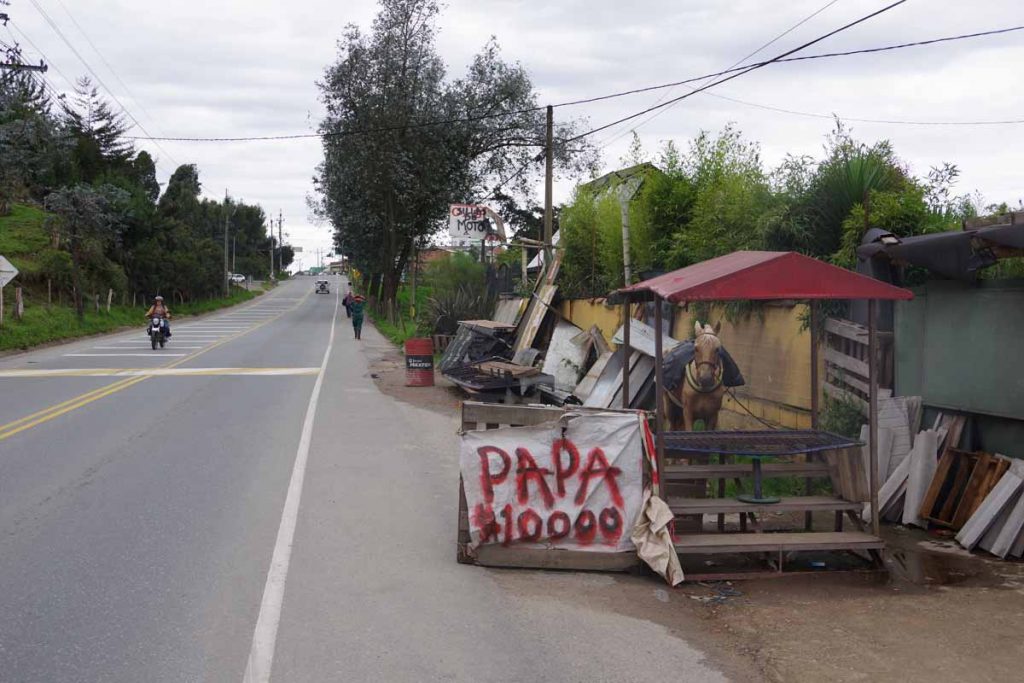 Today is my father’s birthday (papá – notice the accent). Coincidentally I saw a number of signs for potatoes (papa – notice the lack of accent). 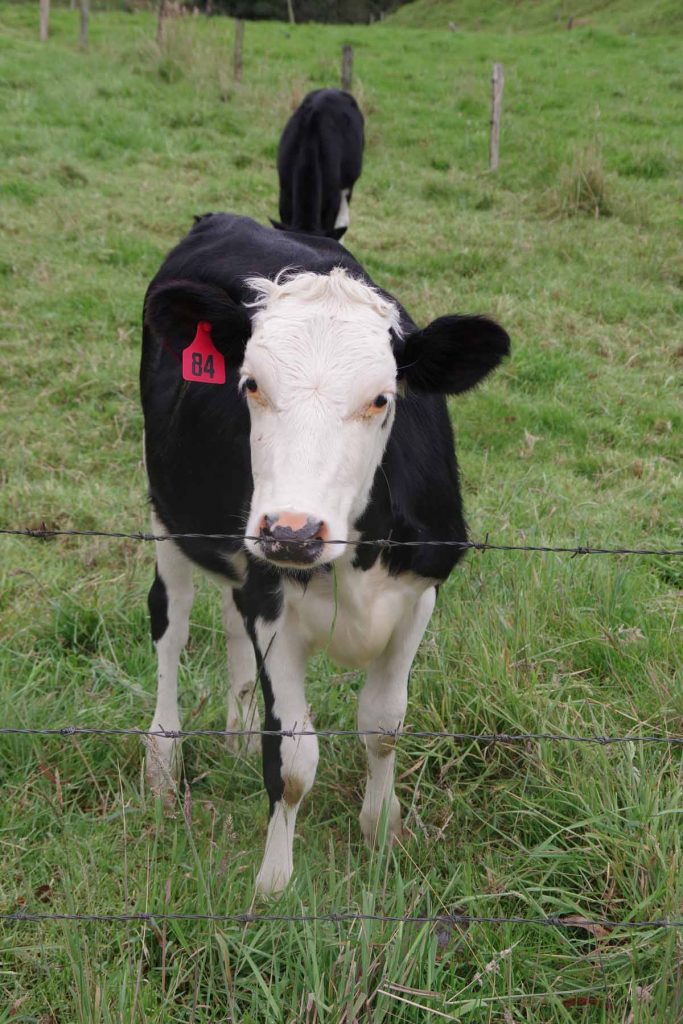 Stopped long enough beside the road and this curious calf came over to check things out. 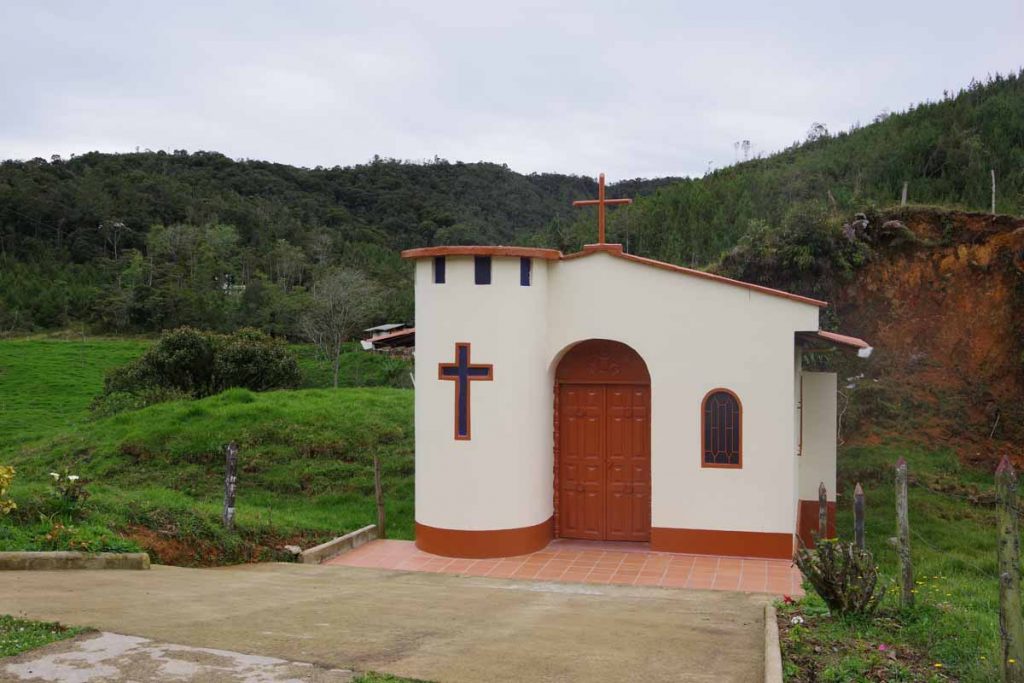 Small church along the way. 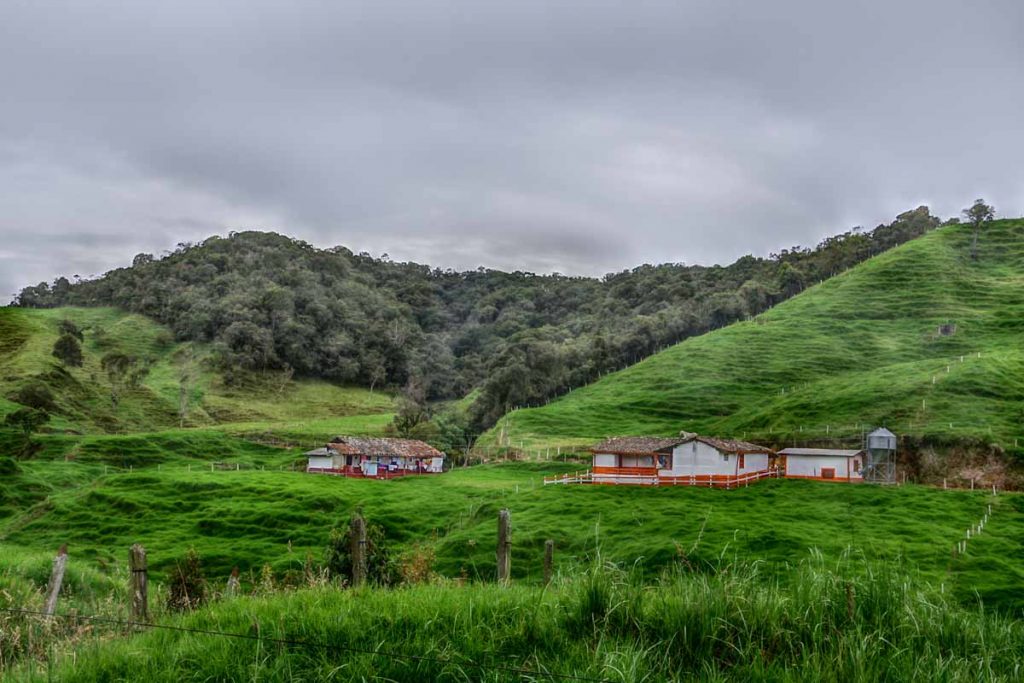 An experiment with HDR mode in my camera, showing the extra dynamic range.

At 49km, was Santa Rosa del Osos and chance for another bite to eat. It was still early and the weather had slowly improved, so continued on to Don Matias. 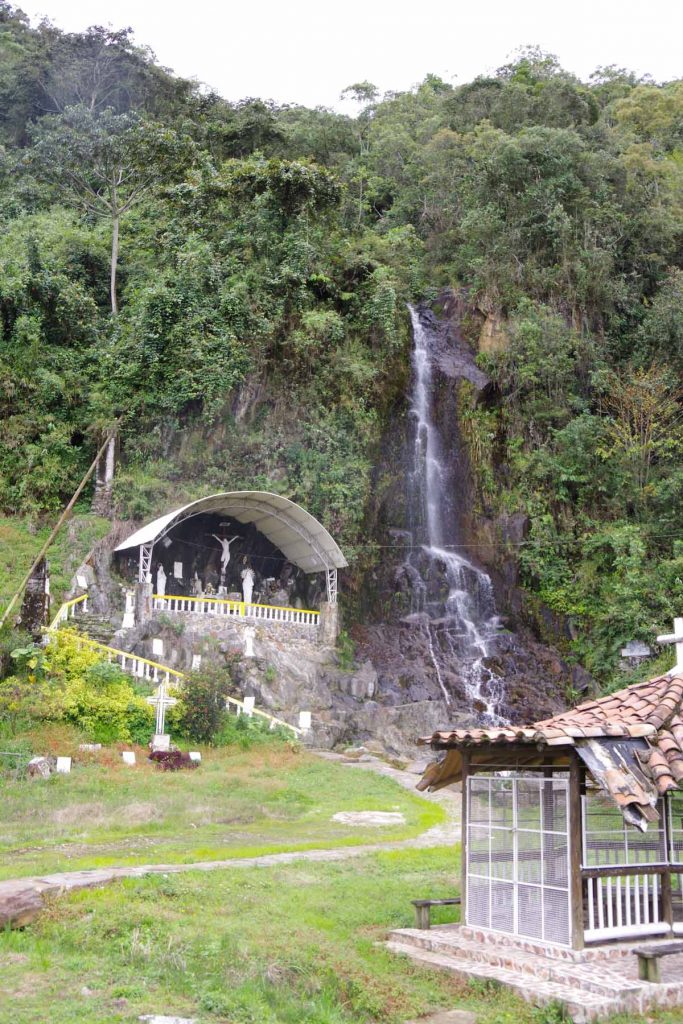 Shrines next to a waterfall. 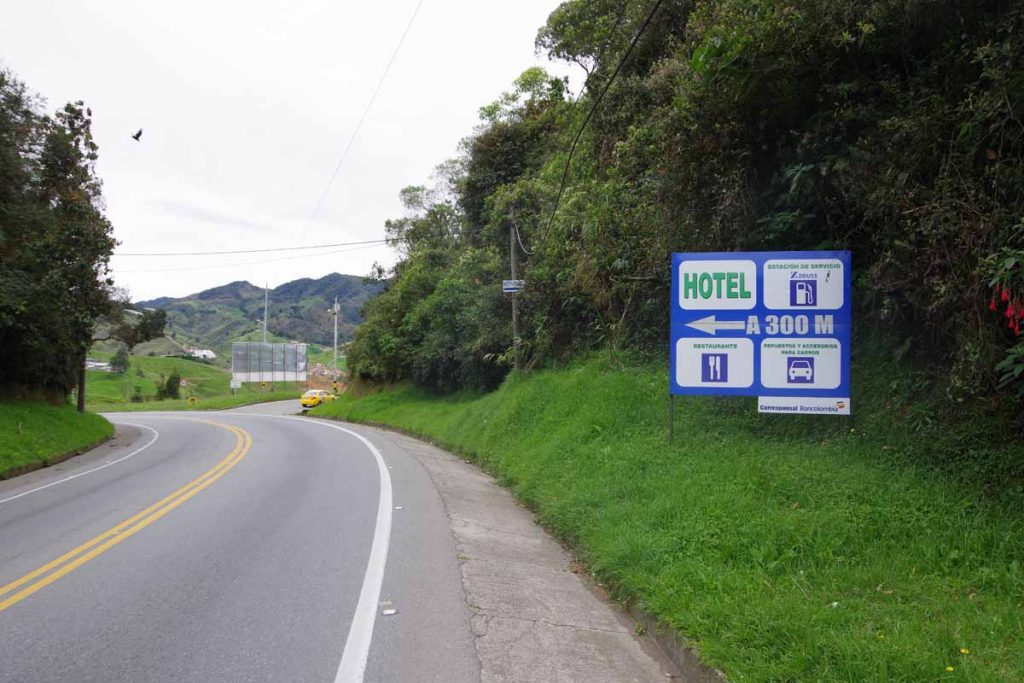 There was a reasonable amount of ups and downs in this last section, so nice to crest the last hill and see a sign for a hotel.

Overall, a wet day with more rain than my rest day yesterday (in contrast to the forecast which reversed the two), however still beautiful cycling here through Colombia.