Happy May Day! Today is a holiday in Colombia. I didn’t figure it out at first, but kept seeing many cyclists out on the road. Almost, as if it was a Sunday…

After that, figured it out. Unfortunately, also looks like fewer grocery store options available to get some breakfast for tomorrow morning. 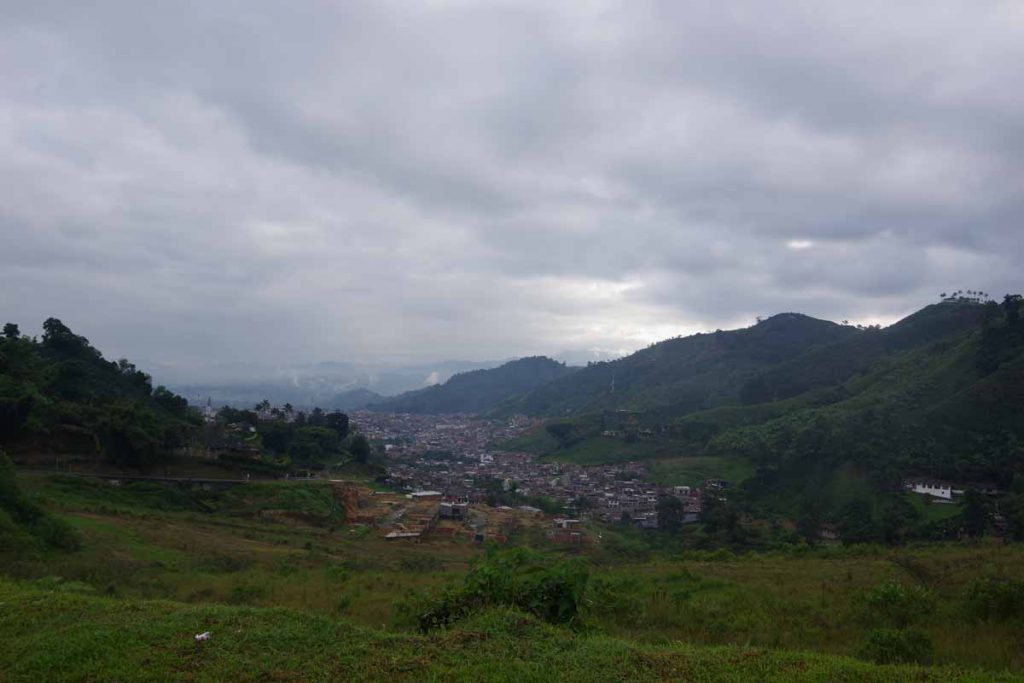 My hotel room was inside, but I was listening carefully to see if I could detect signs of rain. Often, unless it is heavy, don’t hear the rain itself but instead water running down spouts or hitting the street. I kept hearing some water and thought uh, oh, will be a wet day. However, was a false alarm as the fish tank at hotel made the gurgling sounds. Overall turned out to be a nice and dry day.

The road started climbing right from Chinchina. Overall, there was ~700m of climb today; 400m net to the high point and then an 800m descent down to the valley. 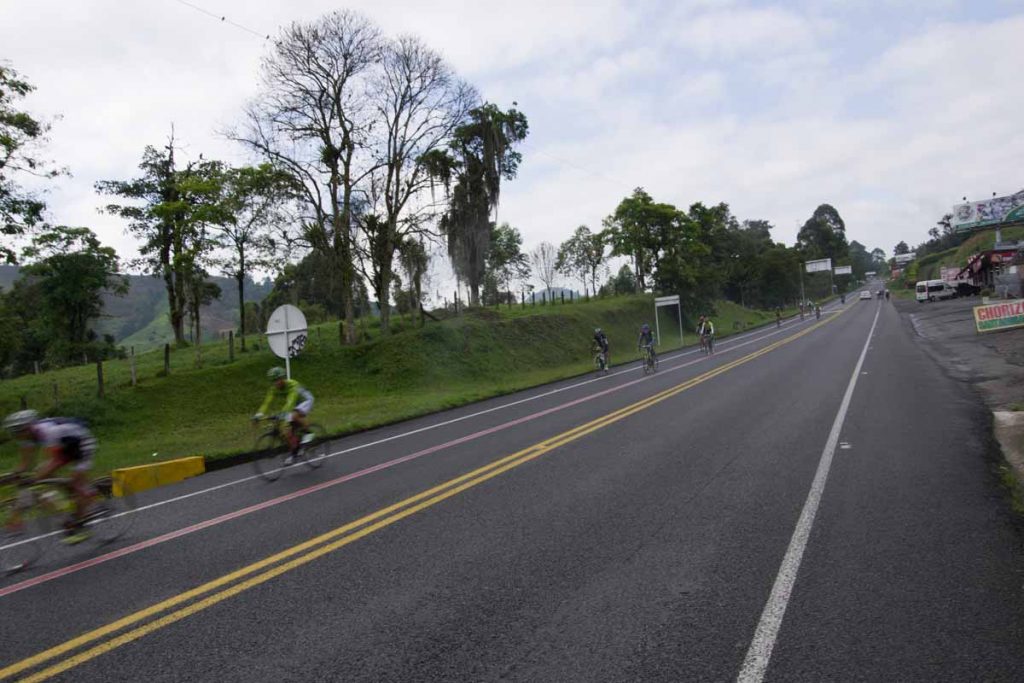 As I was cycling slowly uphill, I saw quite a few cyclists going both directions. Some passing me on the hill and others such as these zooming down the other side. 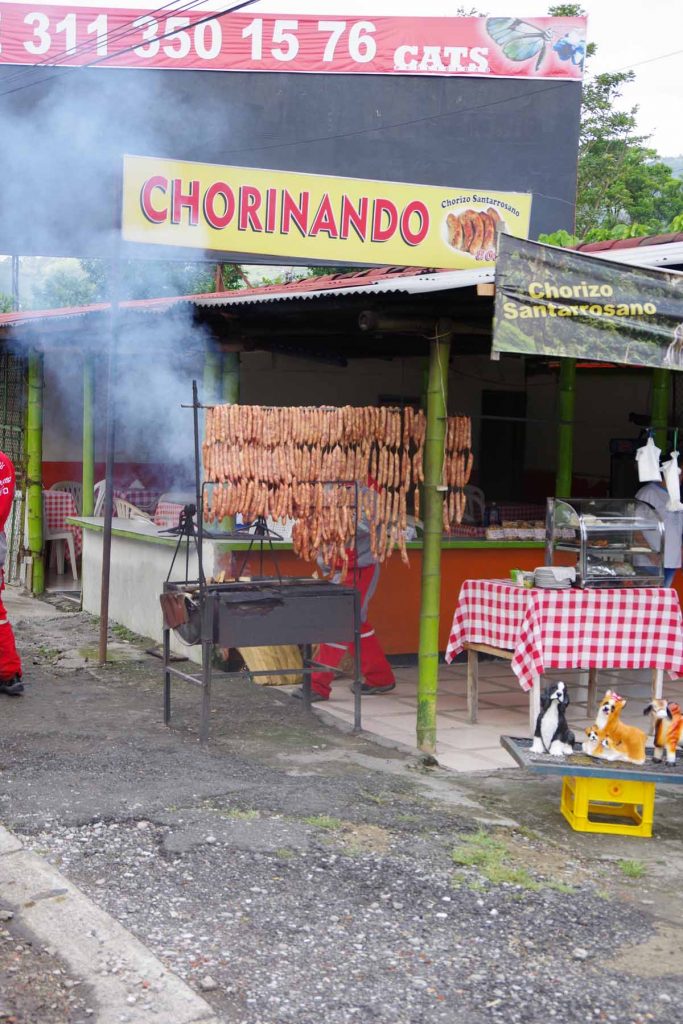 There were several places selling chorizo sausage. I stopped for a breakfast at 13km, though not with sausage. 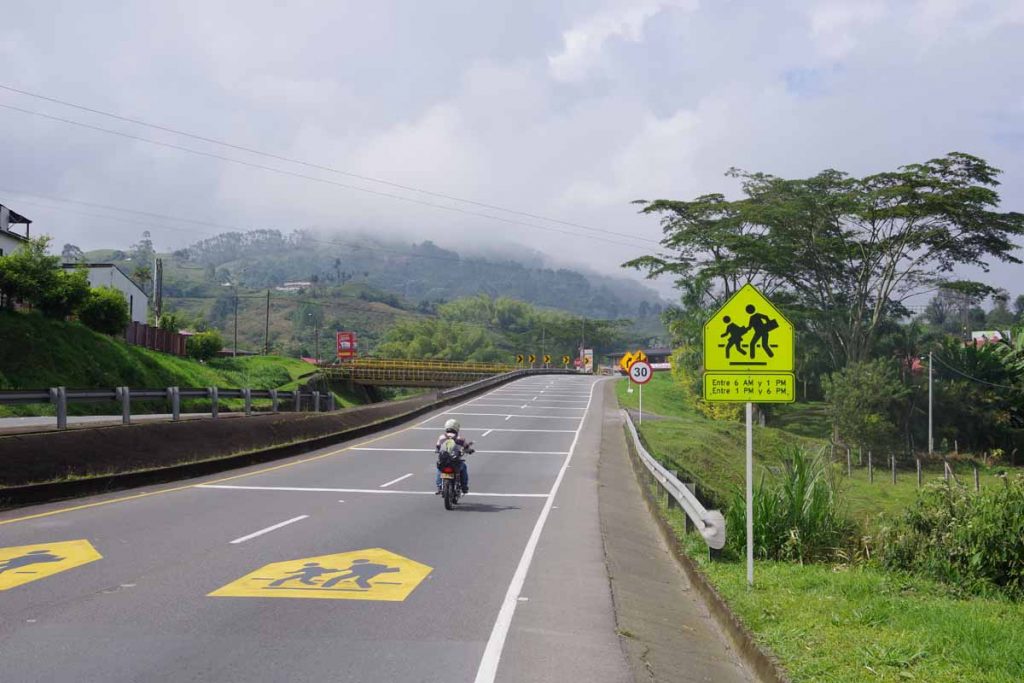 Not much past this point, I crossed over the top. Thought it was interesting that the times for start and finish for school pretty much overlapped. 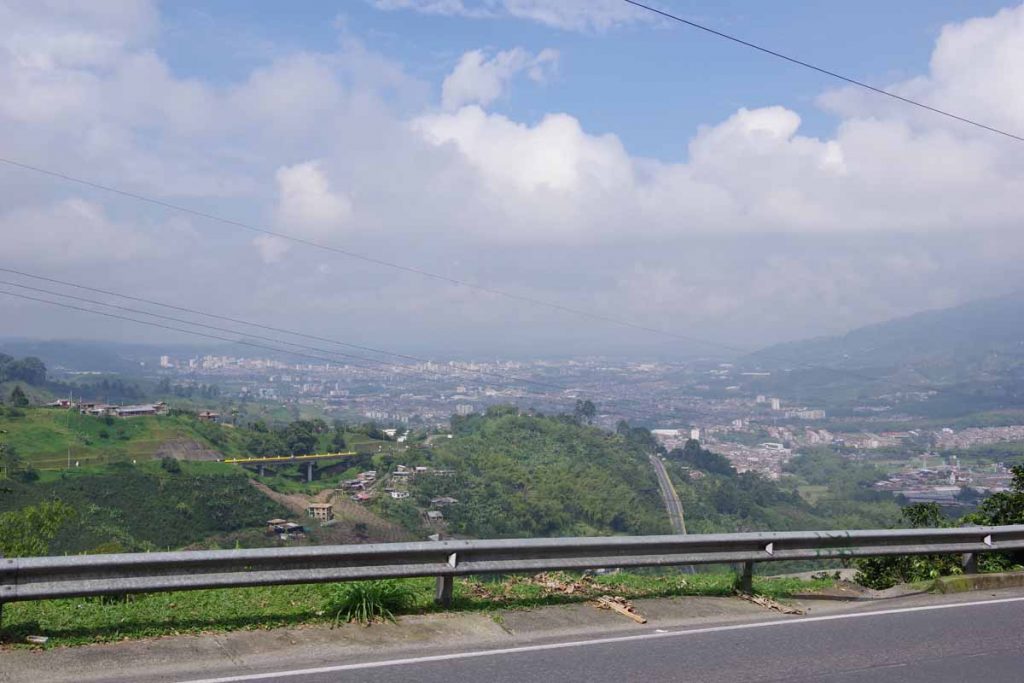 Down the other side was Pereira. It was a large city, but I was able to take a highway bypass that avoided the center. 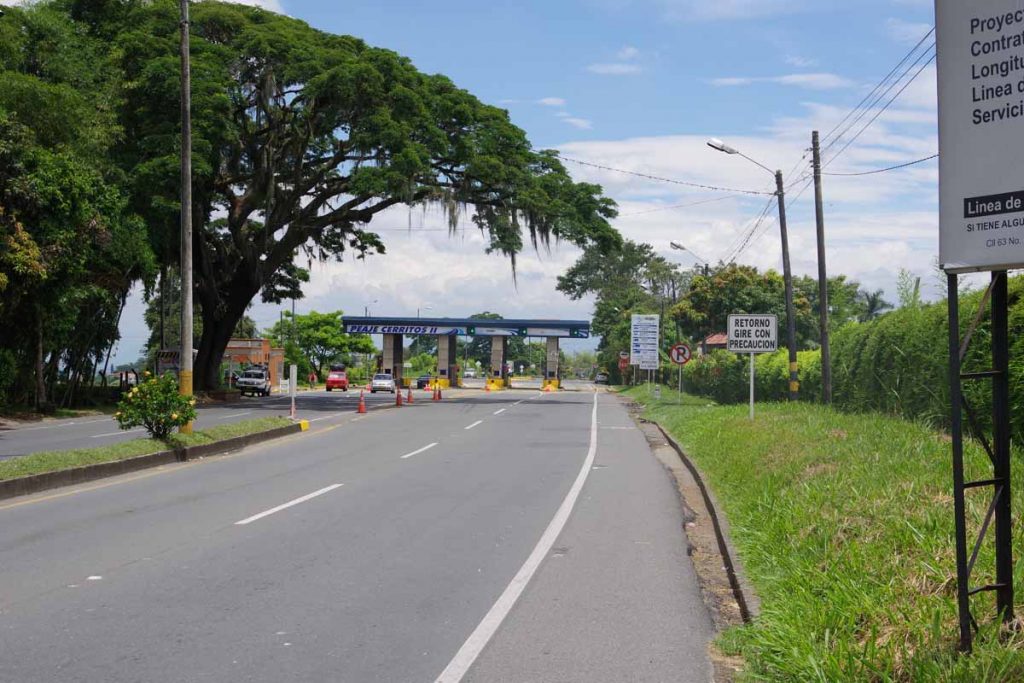 Road was generally good. Once again a toll booth. 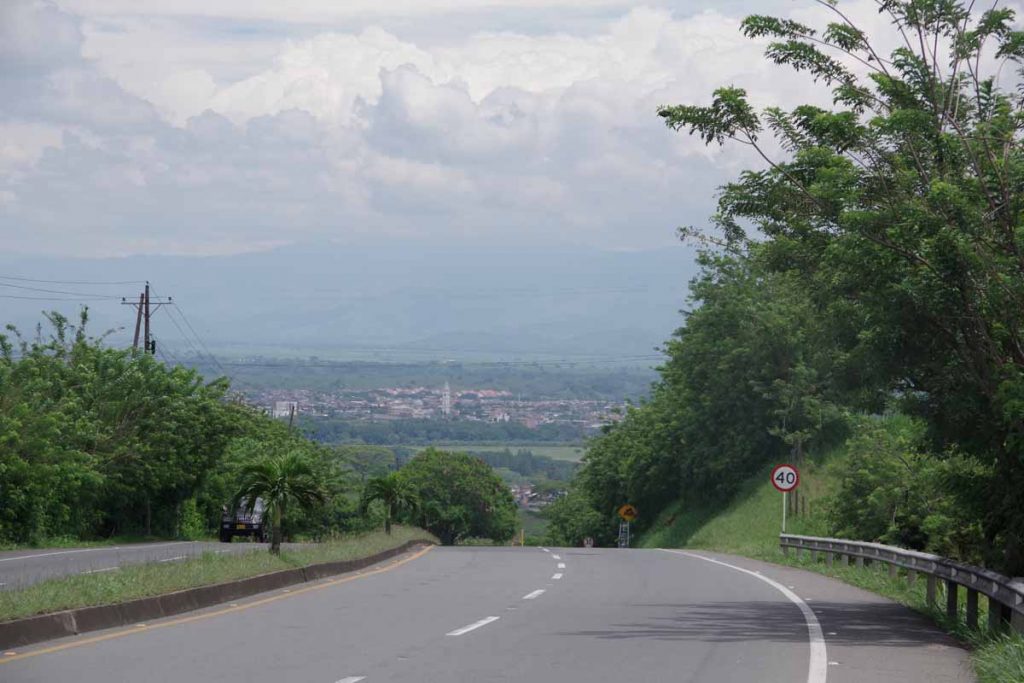 There was a last bit of descent into Cartago. I again found a hotel near the city center. 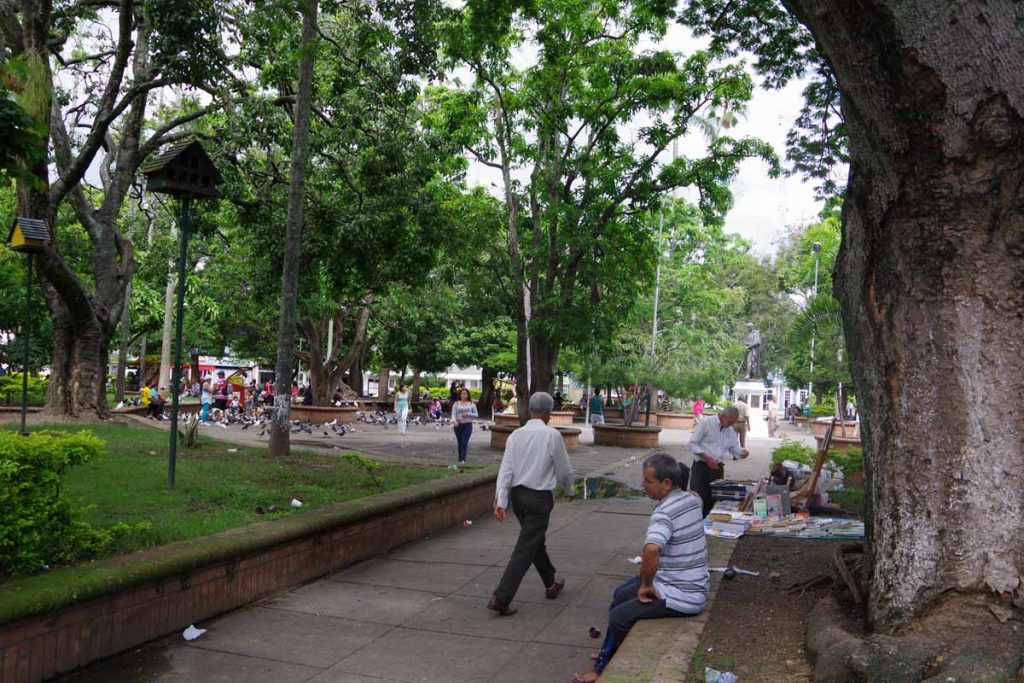 There is a nice leafy park nearby. 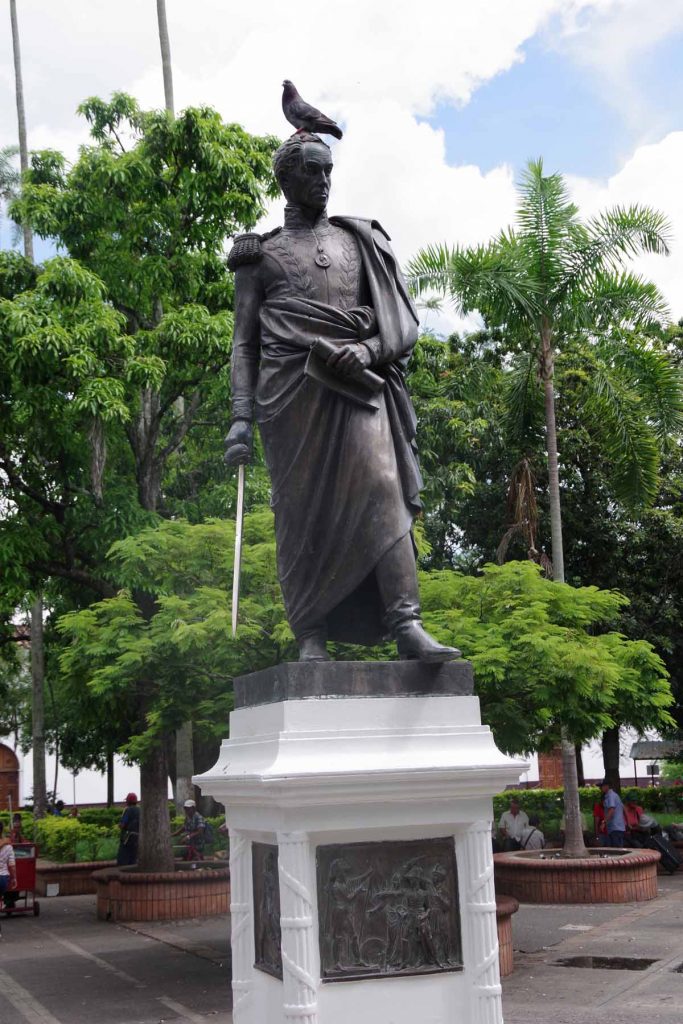 In center was a statue, presumably one of the early Spanish settlers.

Noticed the town was mostly shut down for the holiday with many people otherwise out in the park. From this point, I should be in a flat valley for next ~200km so not as many hills for short while.