Soggy afternoon in the white city. Today I got in before the rain really started. Yesterday there was no before as it rained most of the morning. I am back to climbing including 1700m split between the last two days. 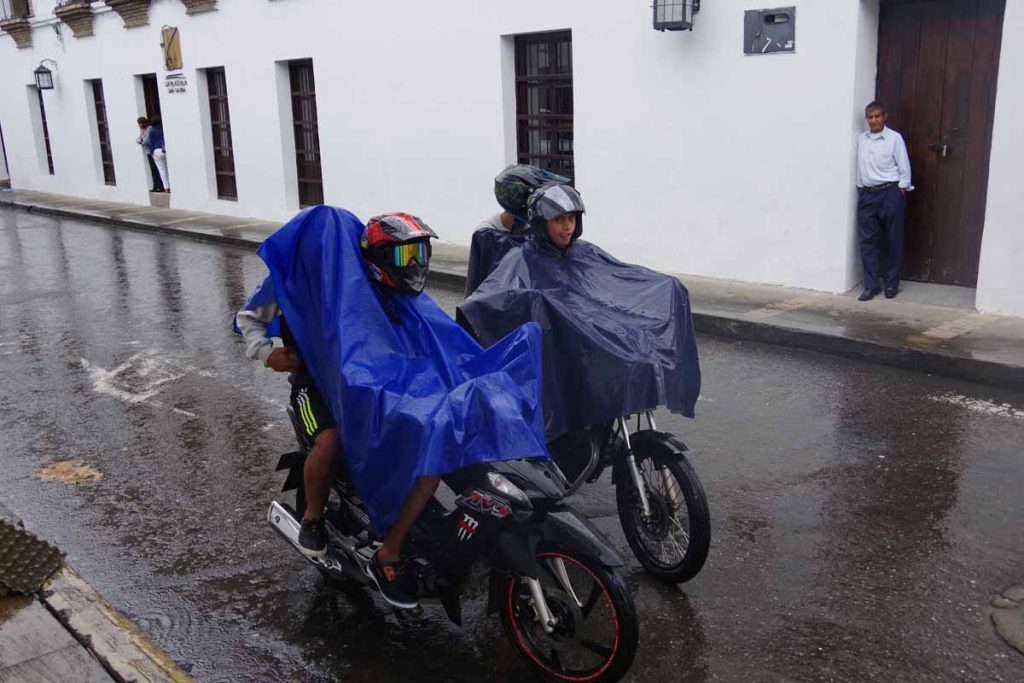 Today started with drizzle, turned to rain. Went briefly dry and then turned back to rain. It was nice to have a rest day as felt fresh on the ride back. In contrast to earlier, now back to hilly regions as climb back through hills. Overall >1100m of climb in a short distance today. 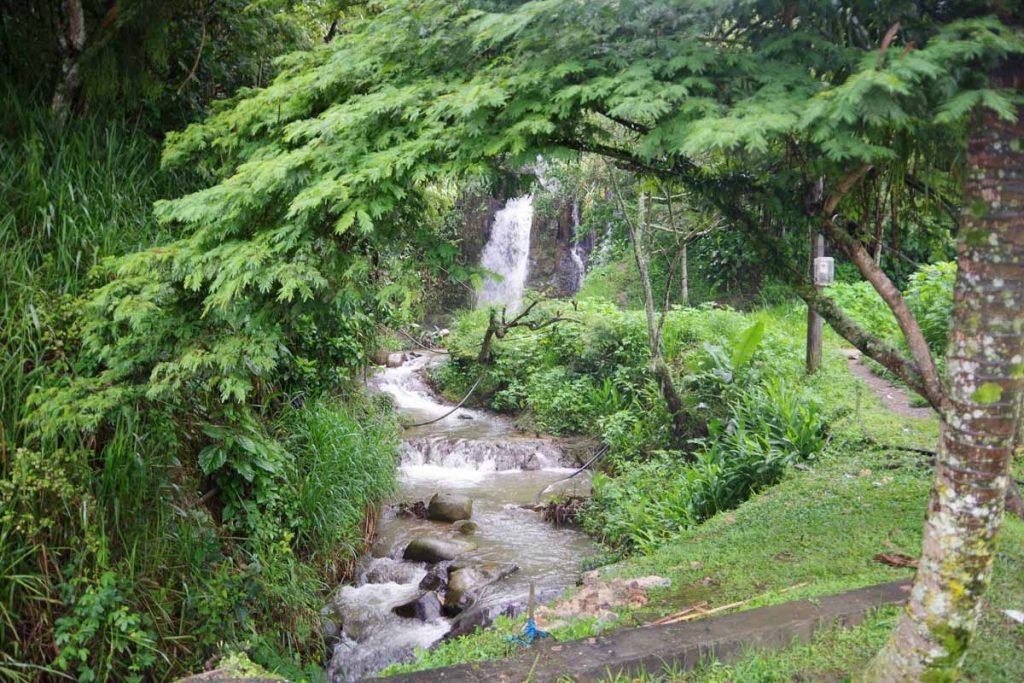 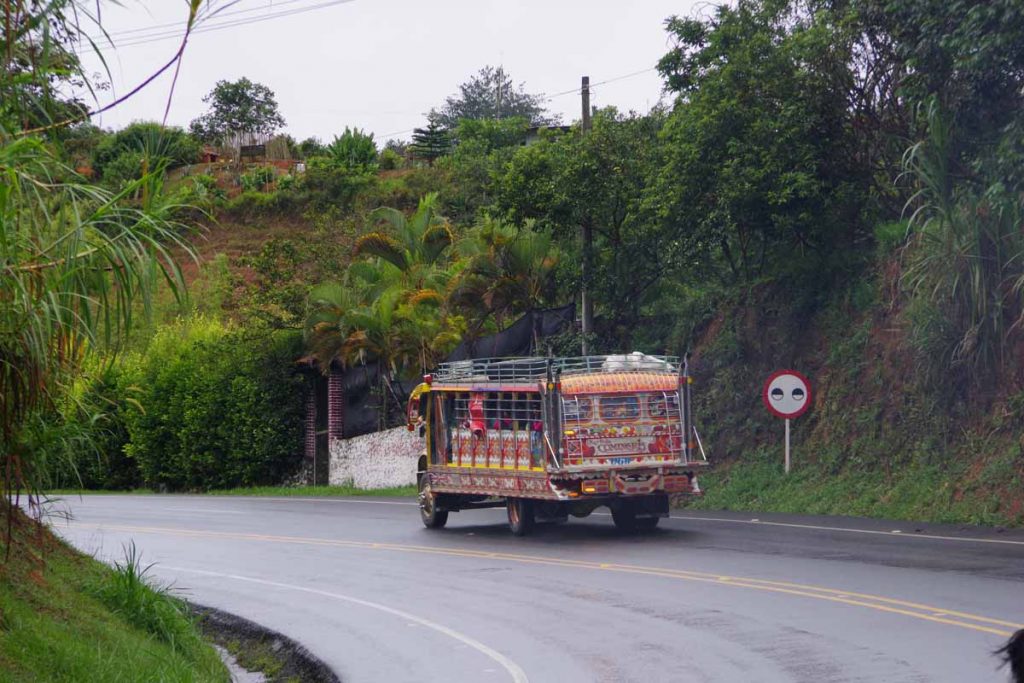 Notice that the buses are becoming more colorful again. Not quite as colorful as Central America but more so that rest of Colombia. 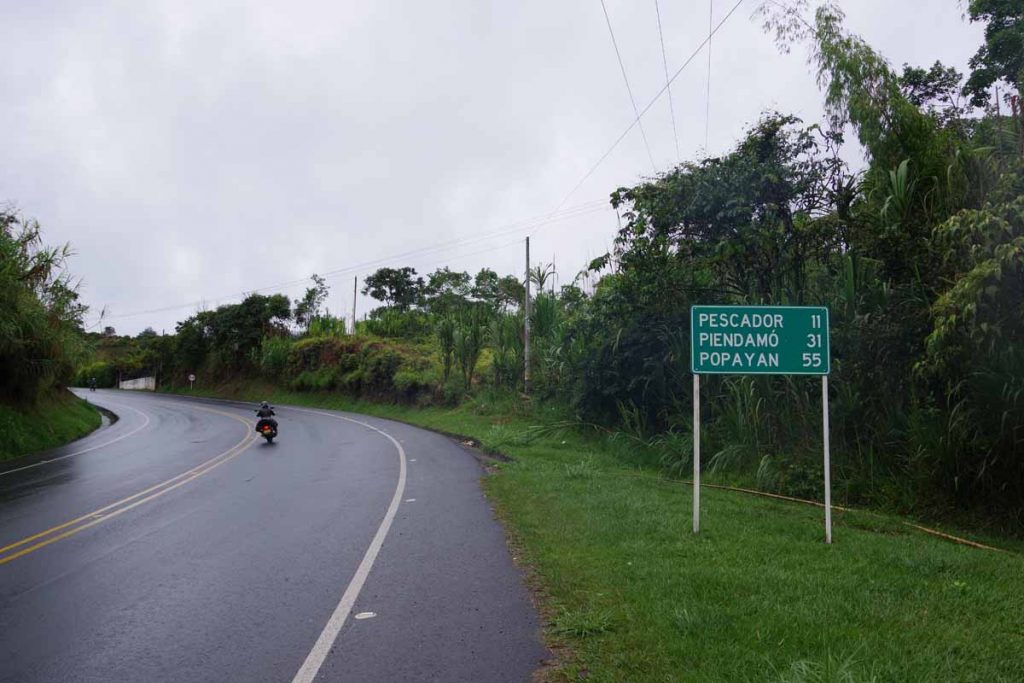 Some of the little towns coming up. Still a nice wide shoulder. 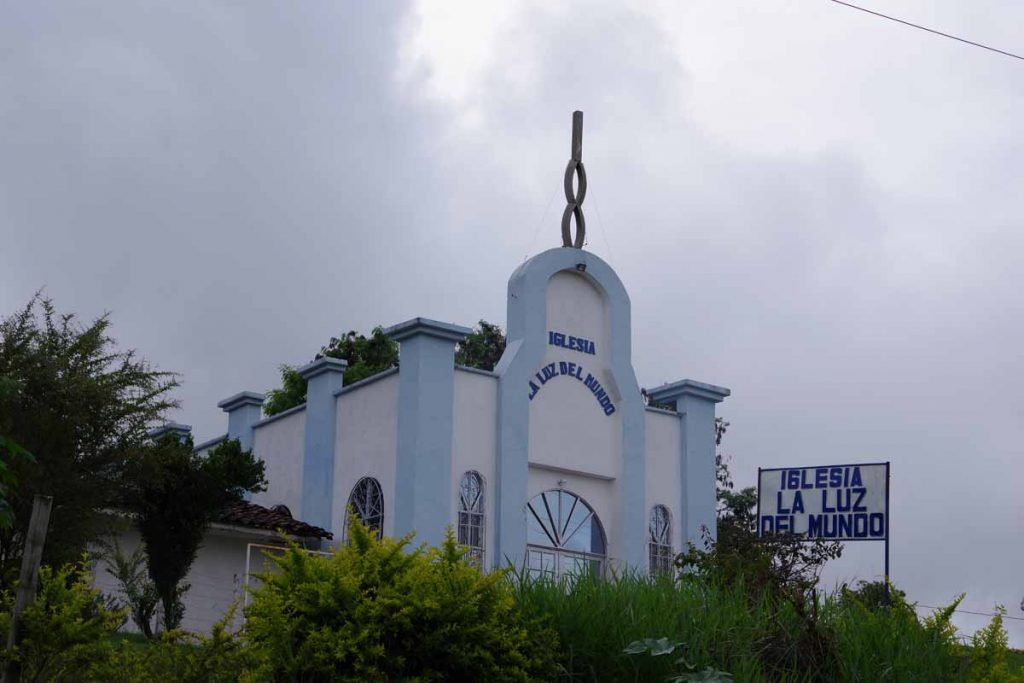 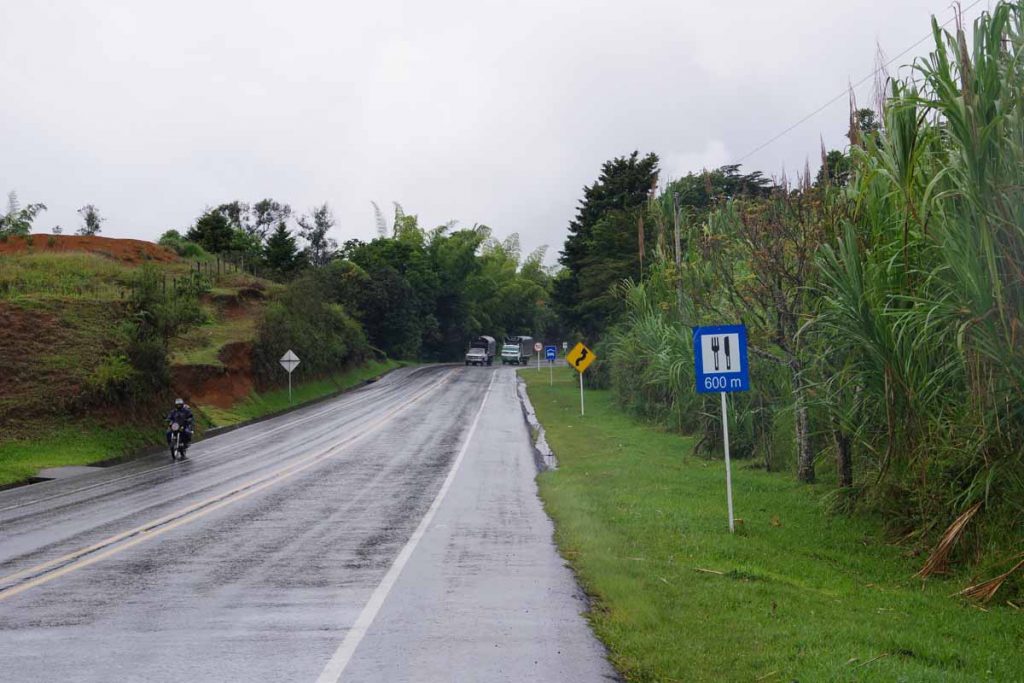 I had one short break at 26km and then was happy to see the hotel sign coming up. Knew of this roadside gas station hotel from other blogs and wasn’t quite as sure about Piendamo so made it a shorter day.

Best thing was to discover that the hotel had hot water. Nice to get clean but also to get warm again.
Day Two
Nice little hotel last night. There wasn’t wifi and even the phone signal was weak. However, it had good restaurant and small store nearby. It was sort of place that catered to truckers stopping the night. 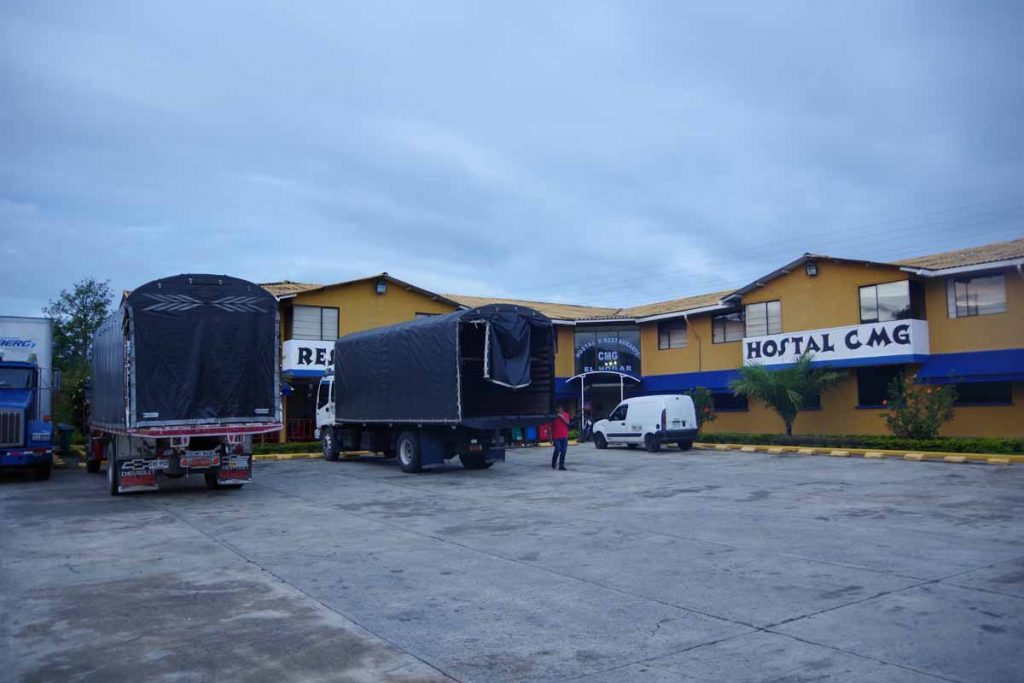 This morning a photo of hotel from outside. I left before there was breakfast but had some crackers. Today there was ~600m of climbing though still ended up at same elevation as I started. A lot of little ups and downs and several longer grades. 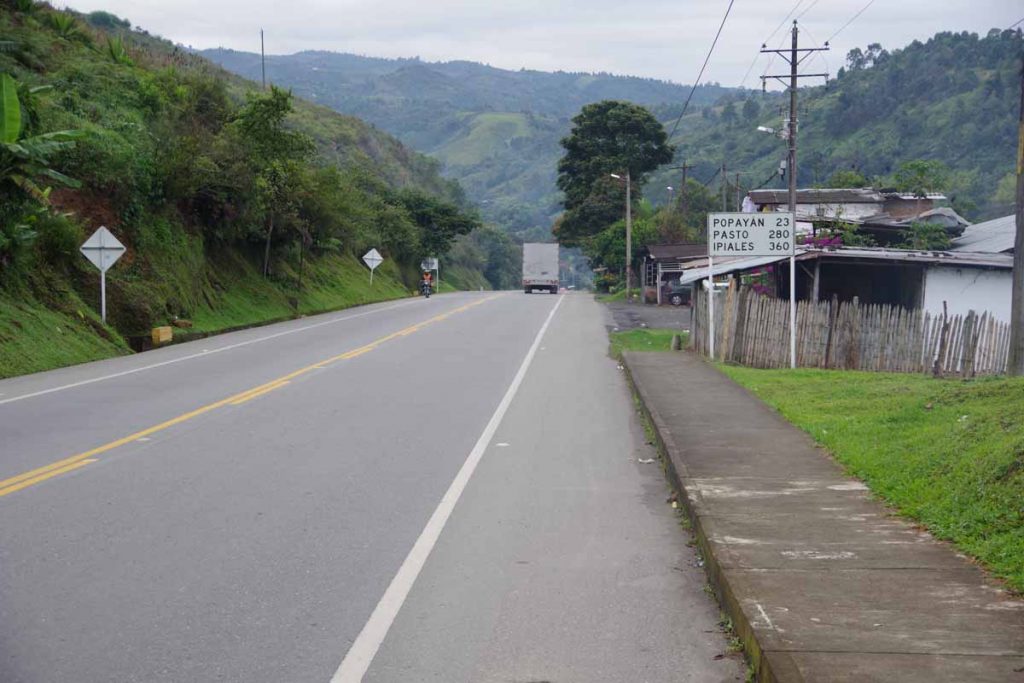 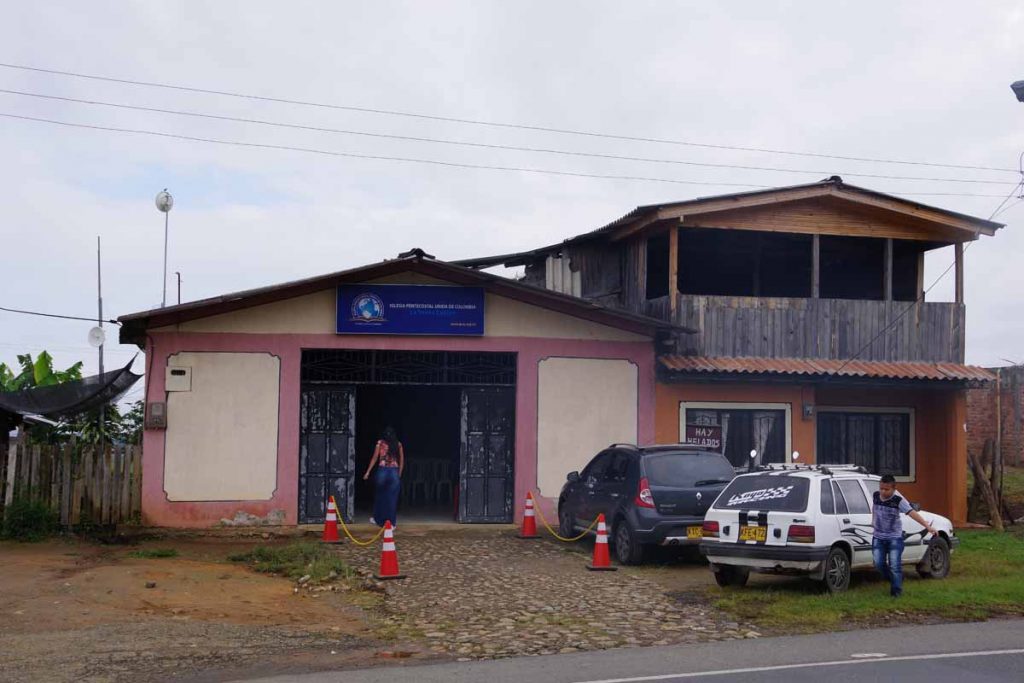 It is Sunday and I saw a few of these churches such as the Pentecostal church. Music coming from inside and also people just arriving. 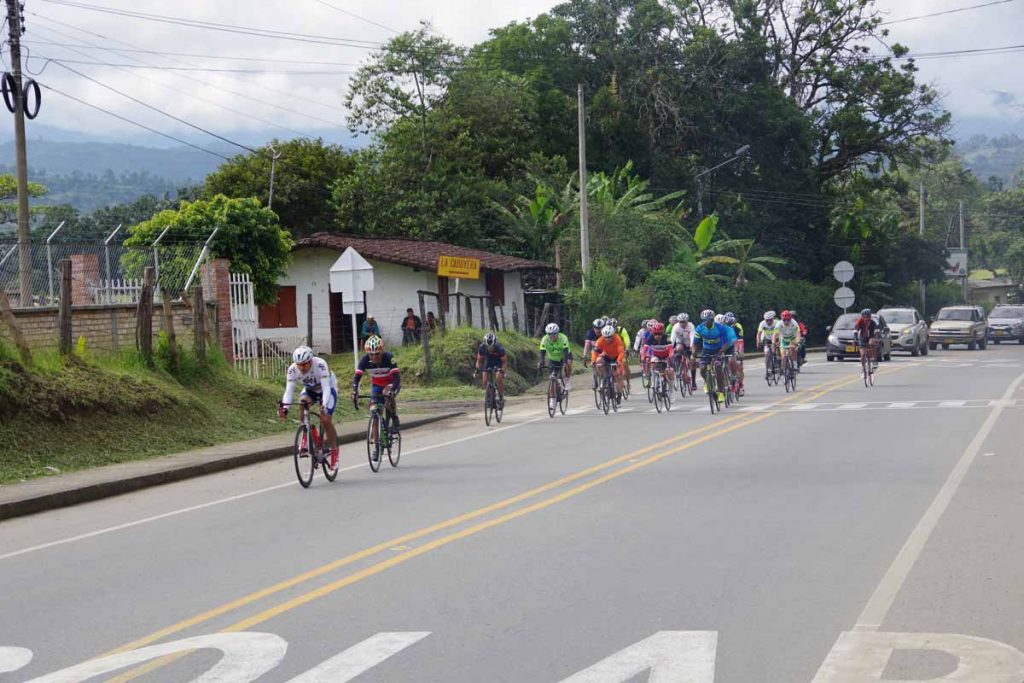 Sundays are also cycling days and there were many riders on the road. One cyclist came past, had some remarks about the long hill. Not long thereafter his bike was upside down with a failed derailleur. Fortunately, there was a pack of cyclists coming past that had a support vehicle and we were able to get him a ride in short order. 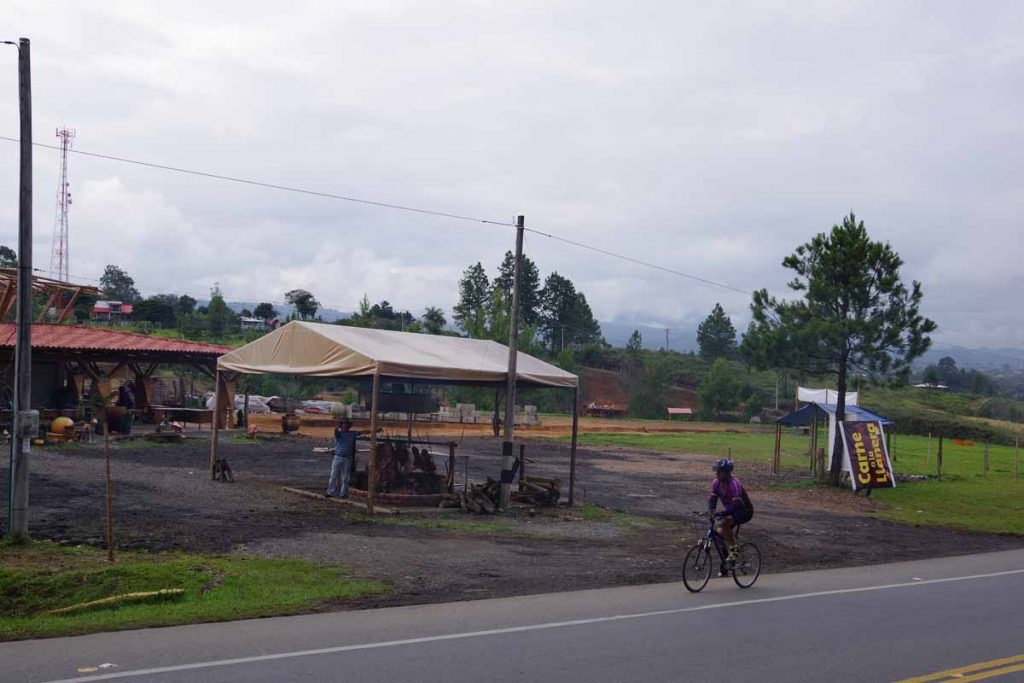 This guy was getting the meat ready for the grill, while his friend was carrying the sign to post for roadside business. Saw several places that seemed to advertise special menus for Sundays and holidays. 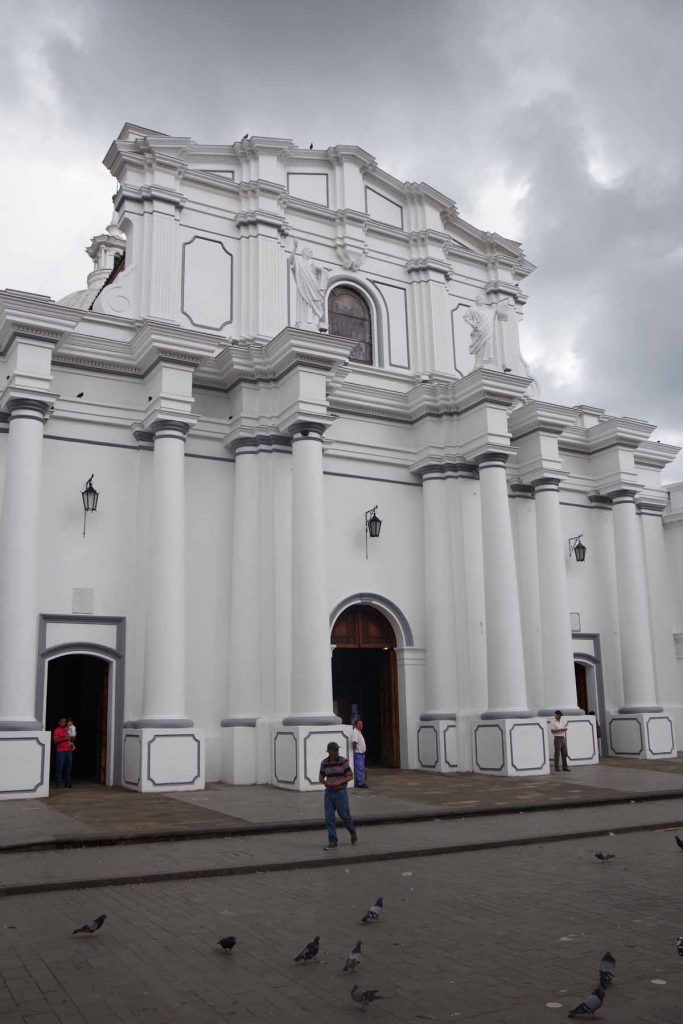 The last kilometers brought me through urban Popayan and then followed signs to centro. This church was right off main square. Found a slightly pricey but nice hotel not far from the square. Not long after arrival, several rain showers came through again.

These guys were doing best to avoid the rain. 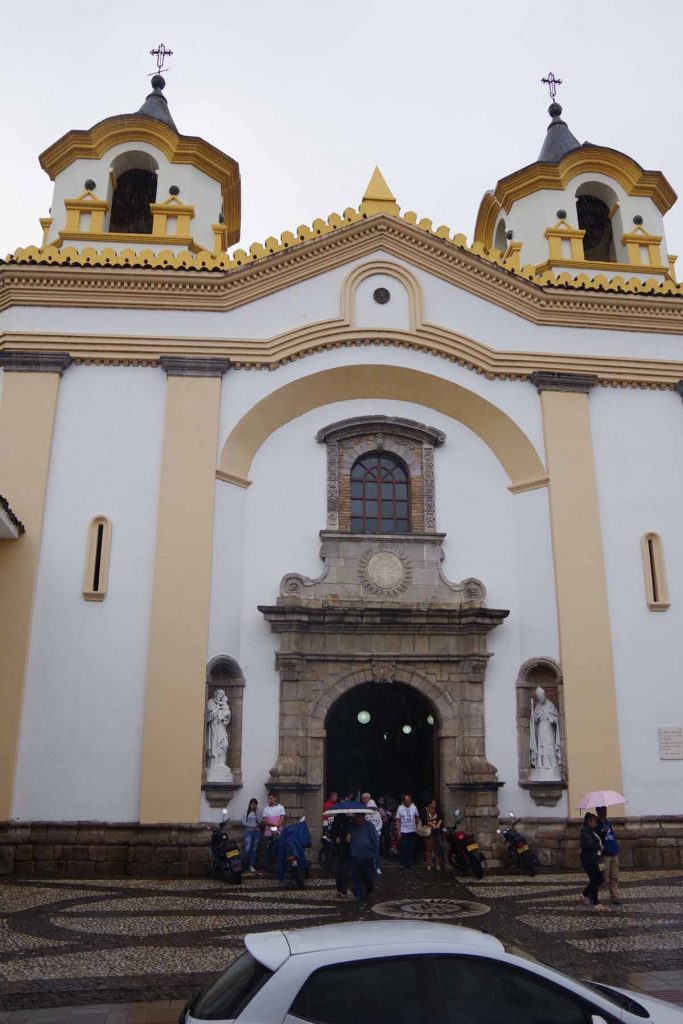 Church across the street. 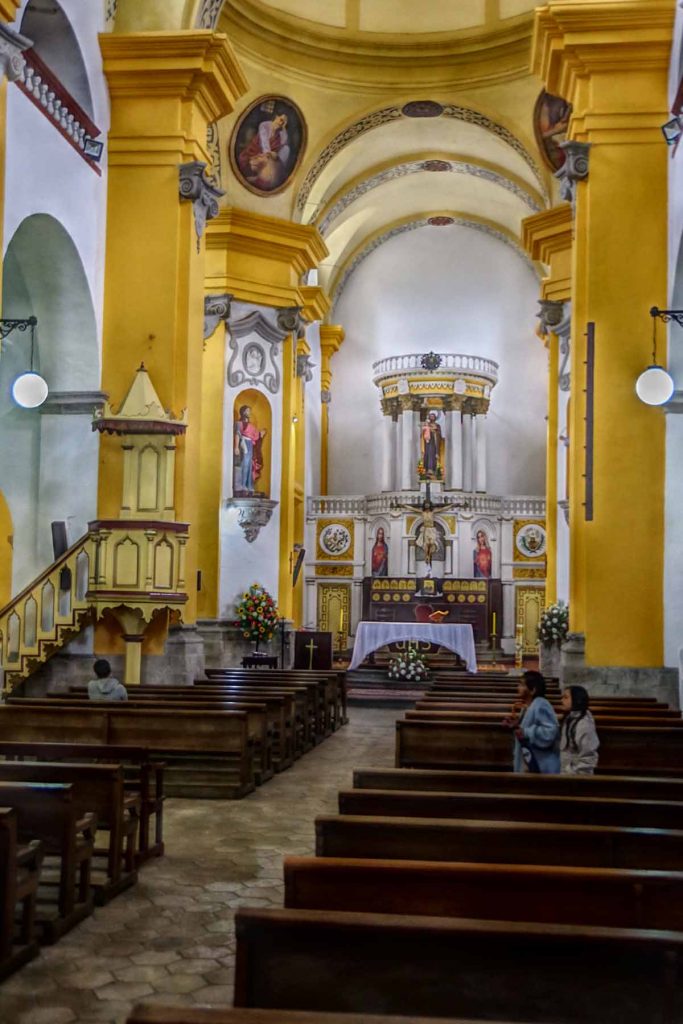 Inside of the church. Shot in HDR mode, so brings out more of the range of colors. 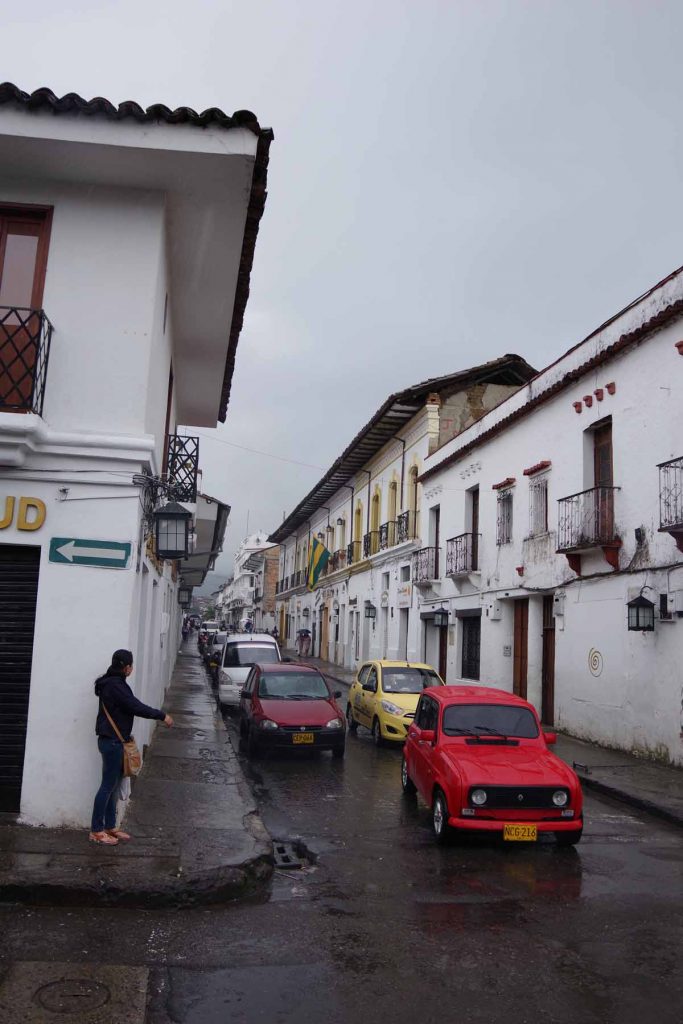 Overall nice to get to this town after two hilly and wetter days. Noticed that my front derailleur doesn’t shift into largest chain ring. I don’t use that much anyways, though if the barrel adjuster doesn’t tighten the cable enough, might look for bike shop in next larger town (Pasto). Popayan shops seem to be closed for Sunday.

Also time to review the blogs to see likely stopping points the next days from here to the Ecuador border.

Also noticed that cumulative mileage happens to be 16,094 kilometers or just at 10,000 miles.