Third day of flat riding through sugar cane. However, have reached end of flattest part of the valley and back to hills after that. 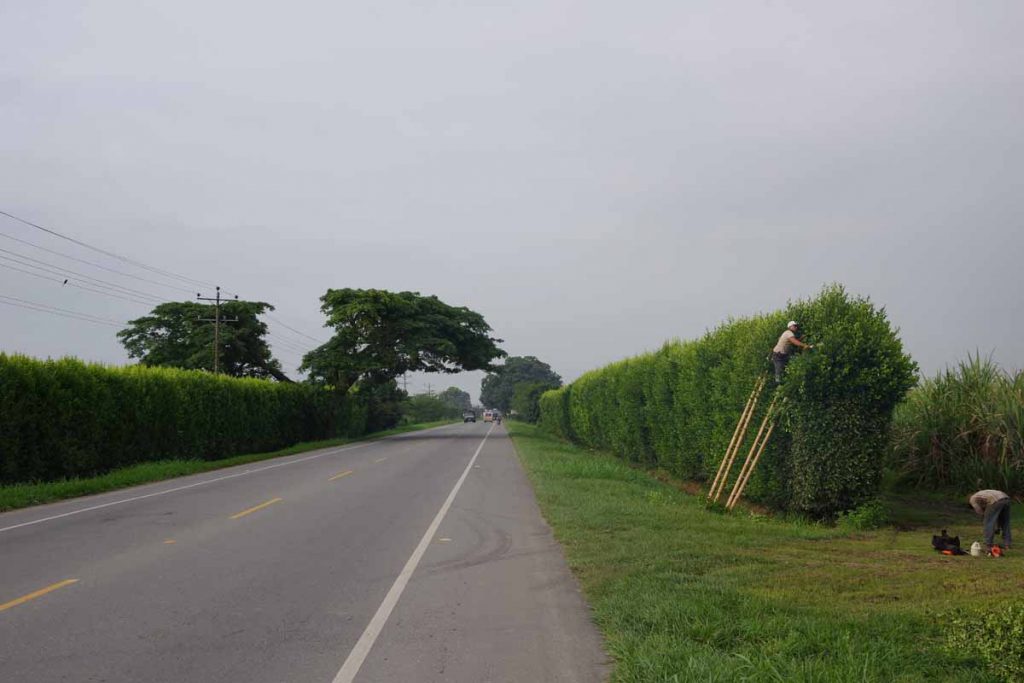 A nice small hotel yesterday. I ended up taking off my front wheel to fit it into the room. Last night I was sitting with my weight in middle part of double bed when board underneath broke. Oops. Not too crooked to sleep on overnight, but this morning I showed it to the owner.

Today was almost exclusively sugar cane and not corn, pineapple, cattle or other crops. These guys above were trimming a large hedge surrounding a sugar cane field. 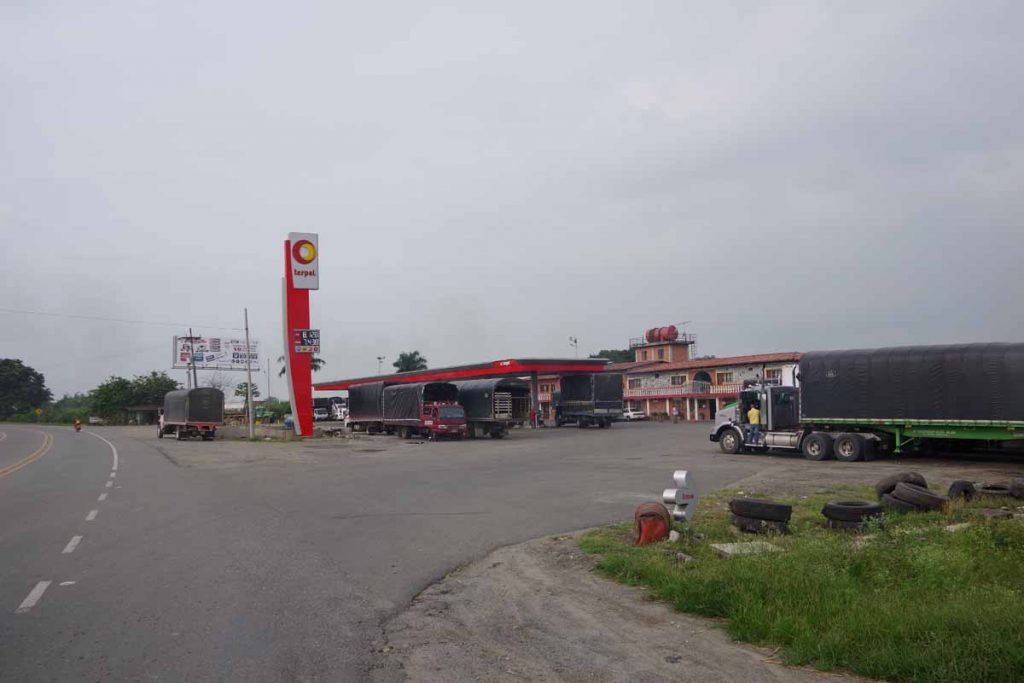 An example of an oversized gas station that also includes a restaurant and small hotel. Not every gas station has this, but does appear along the main roads. I ate a late breakfast at another one of these. 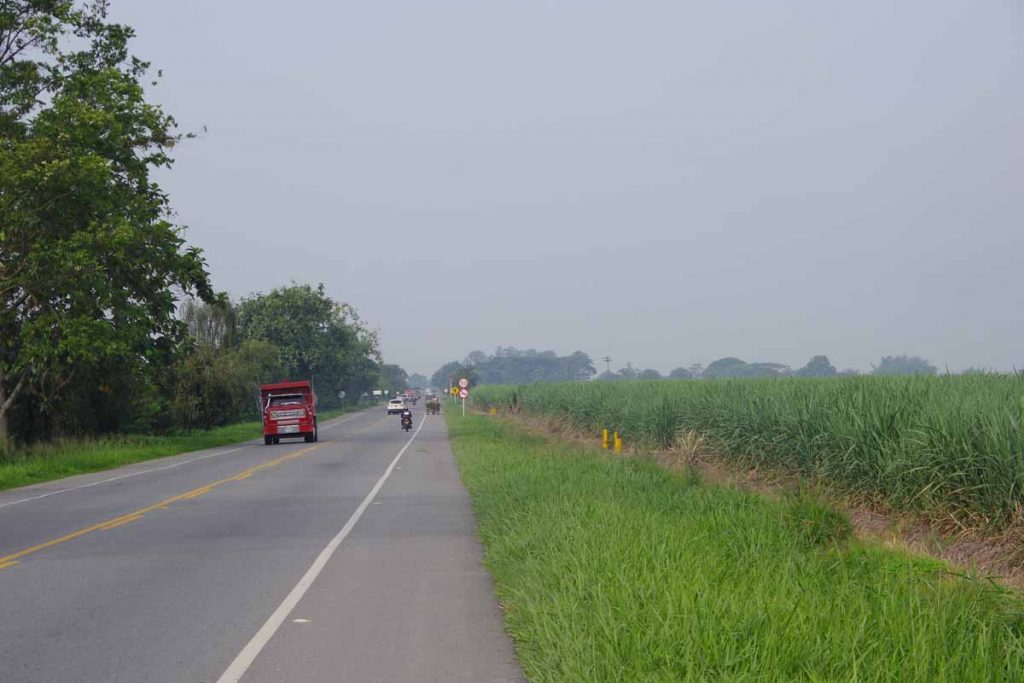 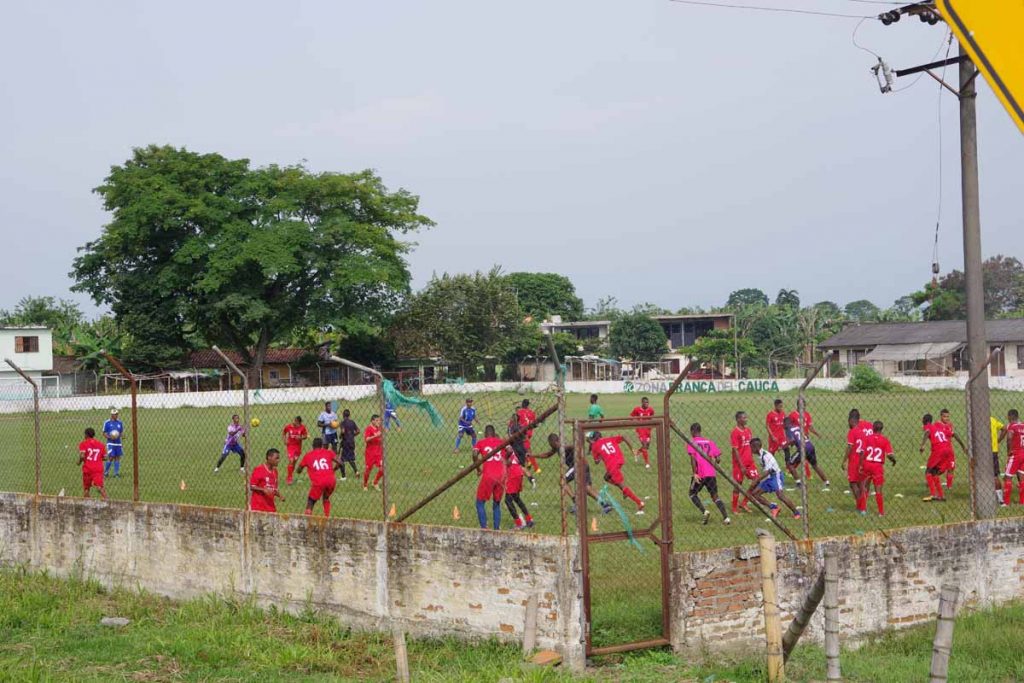 Football practice. Not long after this was a small town. 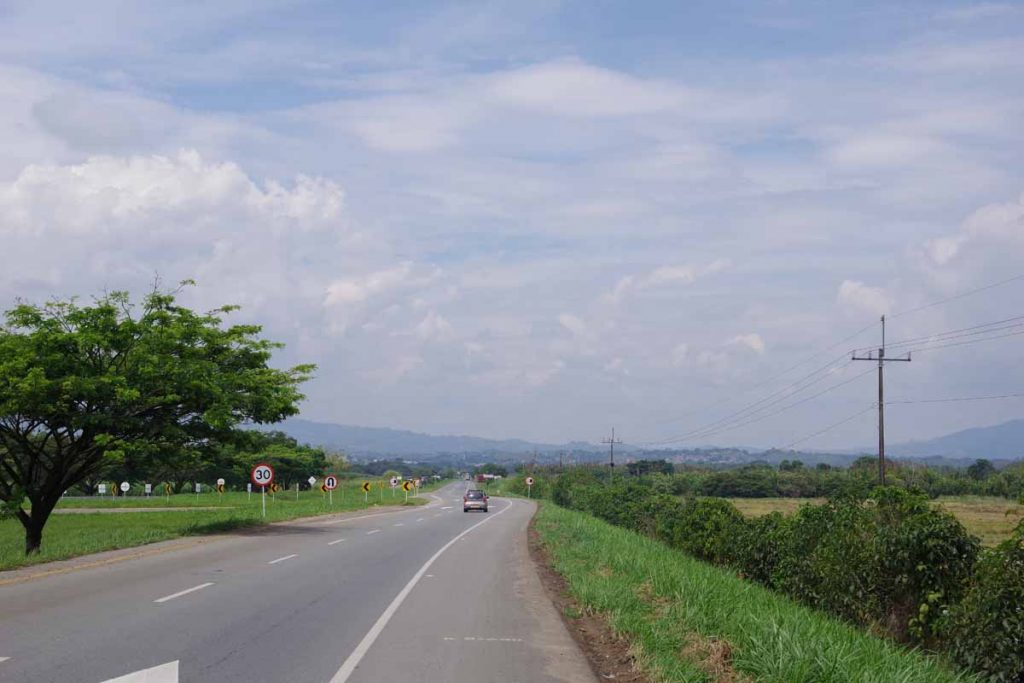 As I got closer to Santander, I could start to see the slightest hills in the distance. Apparently road from here to Popayan has a fair amount of rolling hills, so figured Santander would be good place to stop. 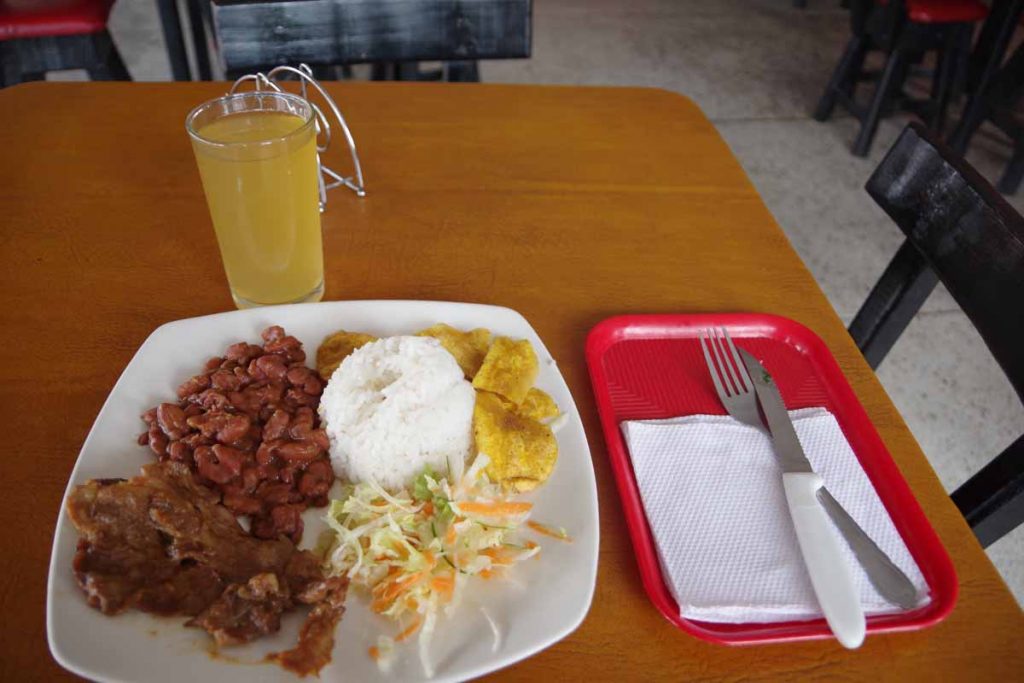 A typical lunch plate. Somehow, find it just a bit more difficult to communicate with Colombian Spanish than Mexican Spanish. So, I’m not always 100% certain of what I’ve ordered. I’ll ask for a plate (plato) and if it comes with things like salad (ensalada), rice (arroz) and beans (fijoles) as well as some form of meat (carne). I’ll usually end up with some variation of the plate above. This one also came with lemonade. 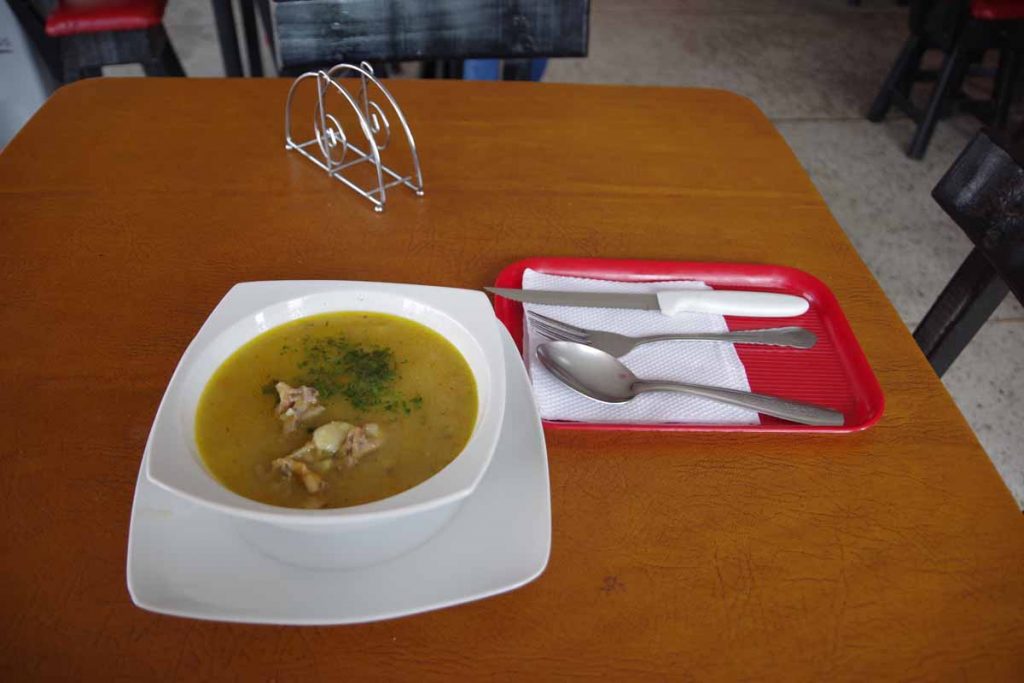