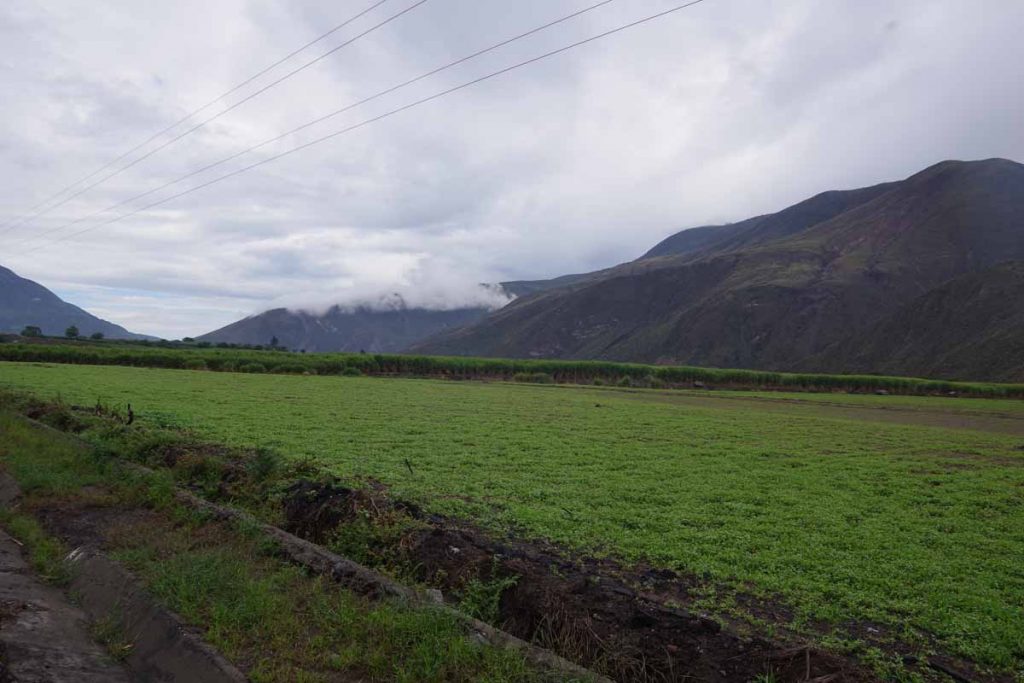 Yesterday we stayed at bit of a countryside resort, complete with swimming pool. There were few other guests. It was warmer and in the evening we had a few mosquitoes in the room. Overnight it cooled down and was raining when we awoke. Breakfast was included with the room, so we stayed until the restaurant opened. This meant we left about an hour later than previous days, but with on and off rain showers, this wasn’t all bad.

The first 16km were flat to slightly downhill. Photo above shows sugar cane, 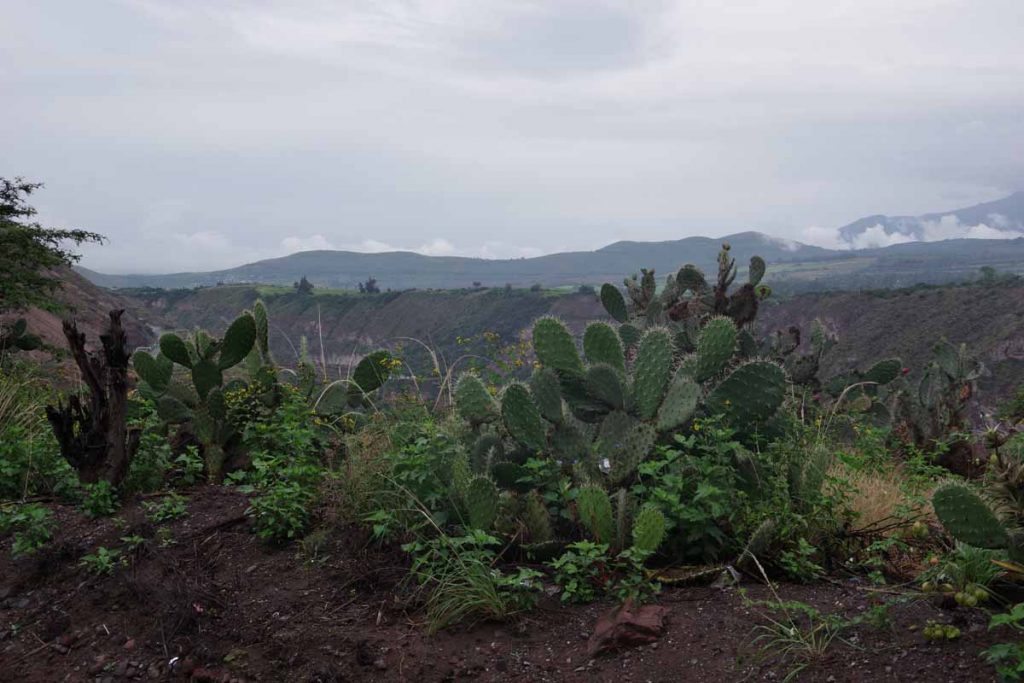 Also some cactus here as well. 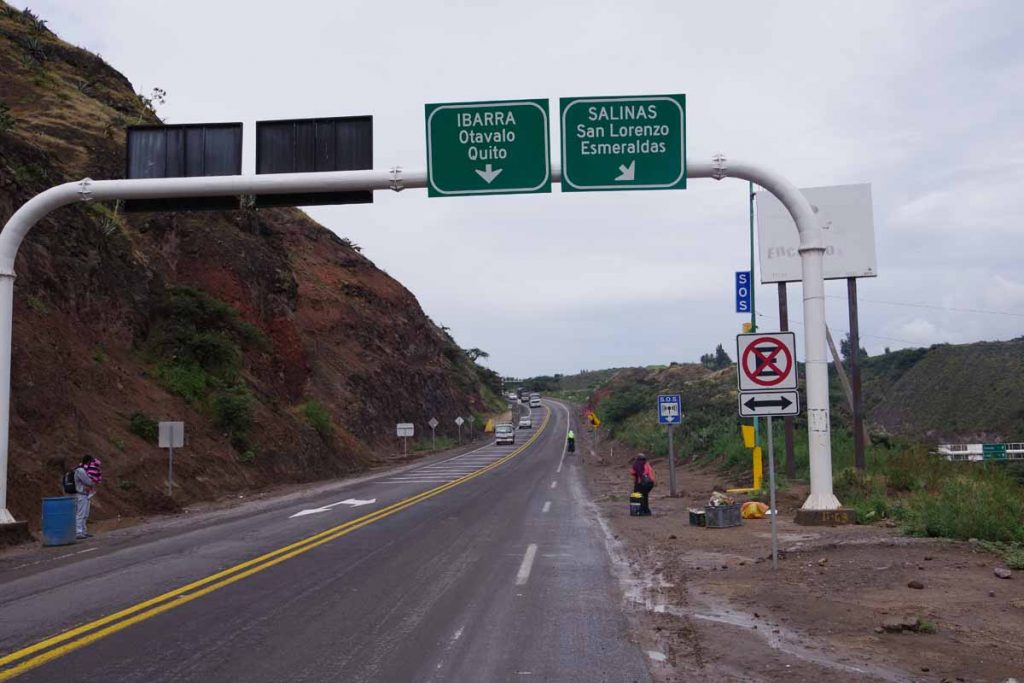 At 16km, we started the longest part of the climb, ~600m (2000ft). The grades were reasonable and rarely over 8%. It was more a case of getting into a low gear and slowly going up the hill. 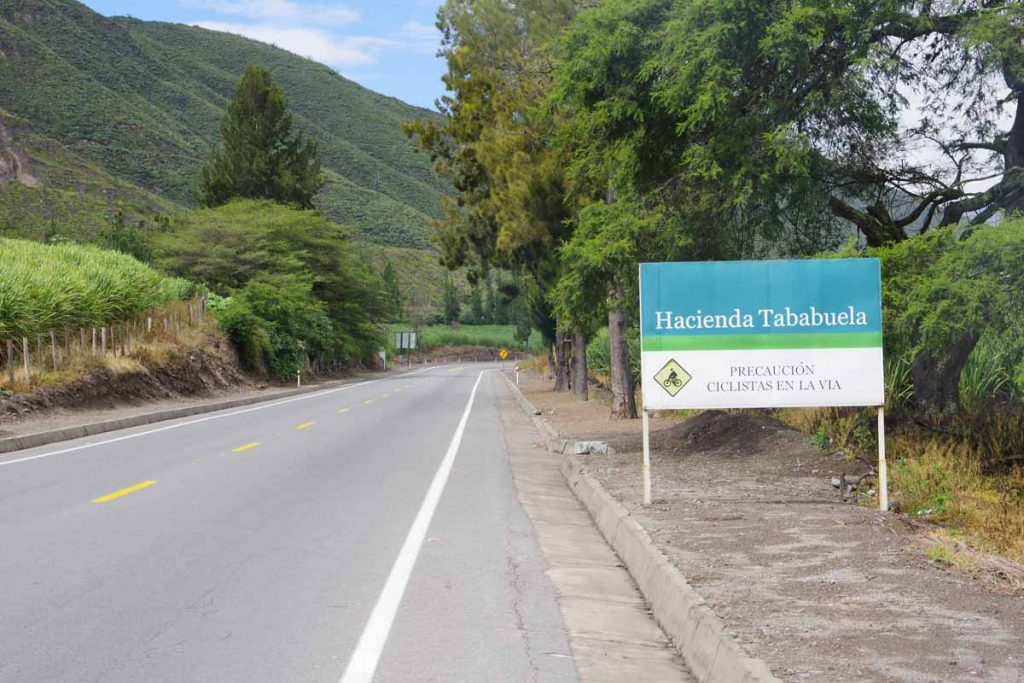 Nice to see signs warning of cyclists on the road. 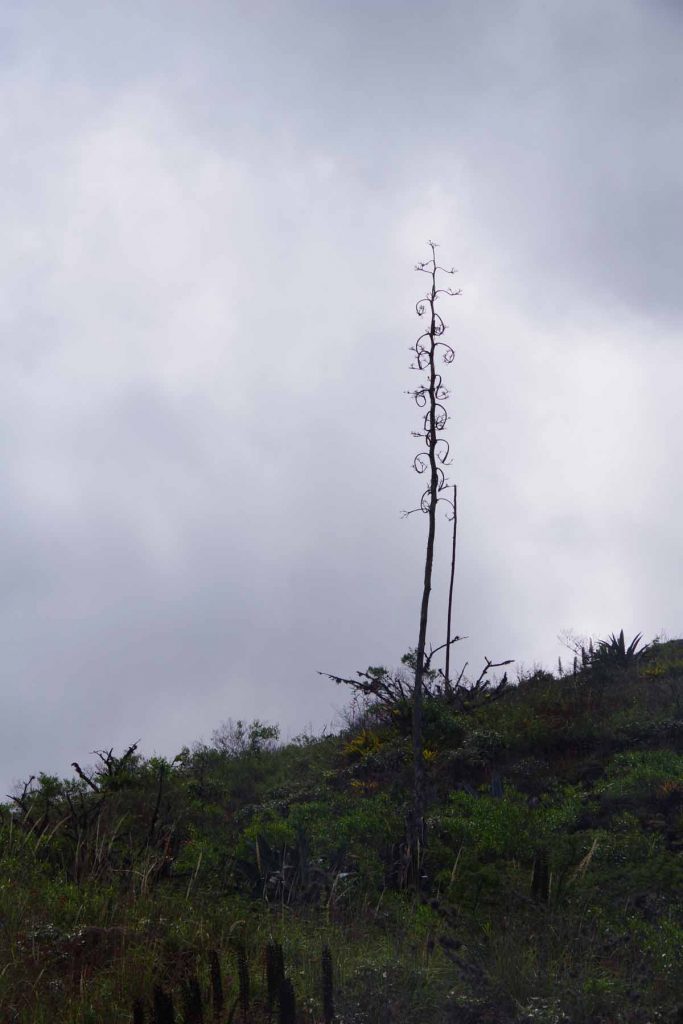 More plants on the way up, these had interesting curls. 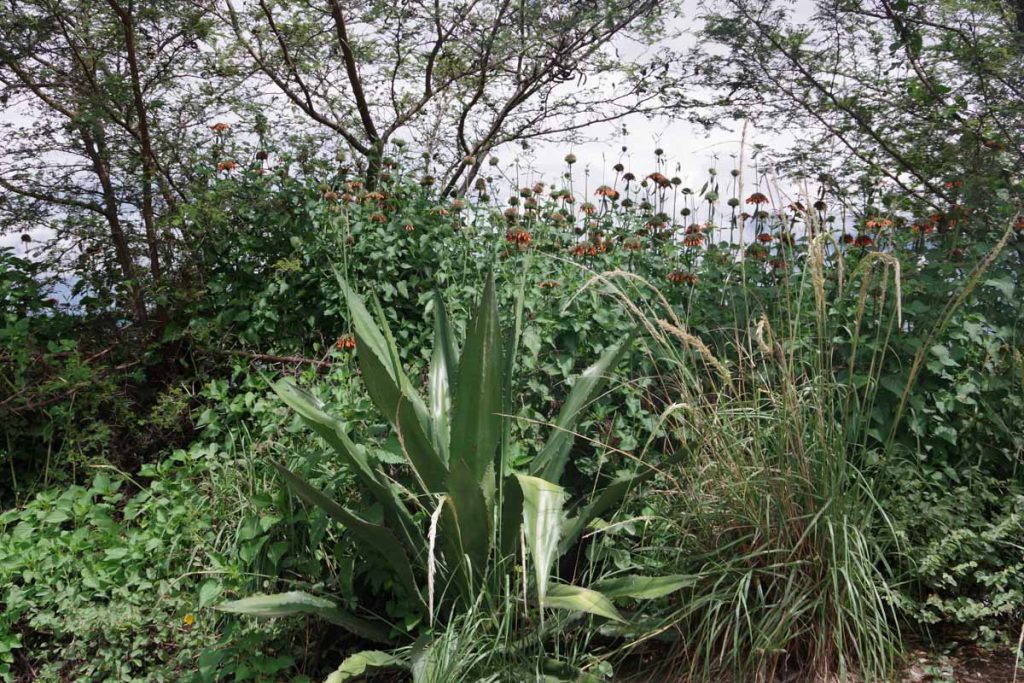 Some more plants here as well. 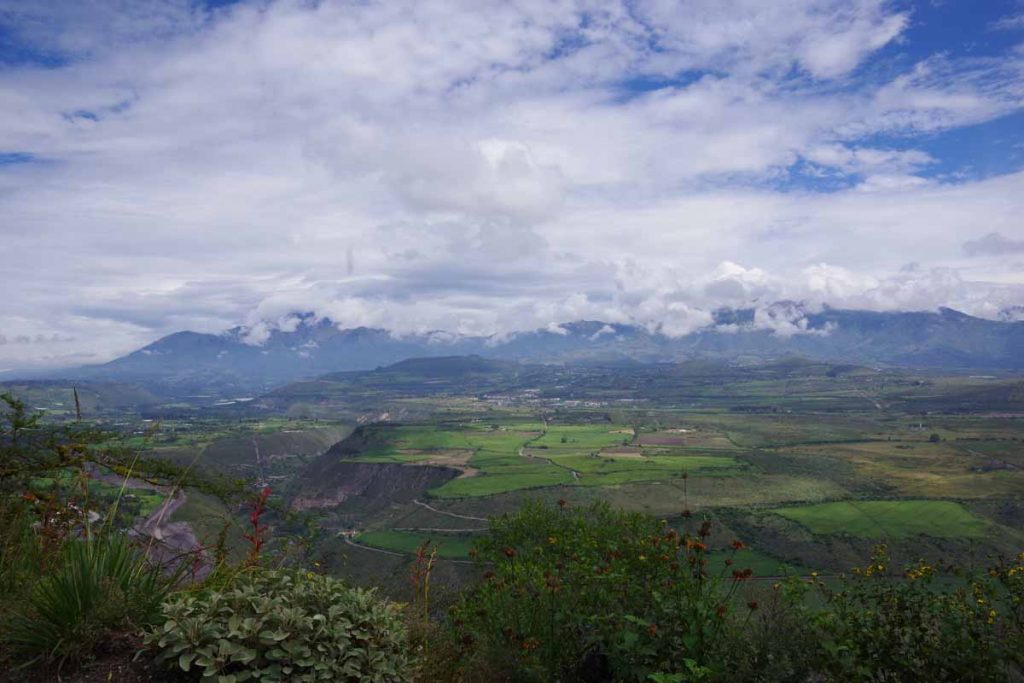 As we got higher up, we could also see better views. Occasional sunshine but the nearby peaks were shrowded in clouds most the day. Top of this climb was 32km and stopped at a small restaurant here to refuel. From this point, we could see across to larger town of Ibarra, population 140,000. Our route crossed middle of town. 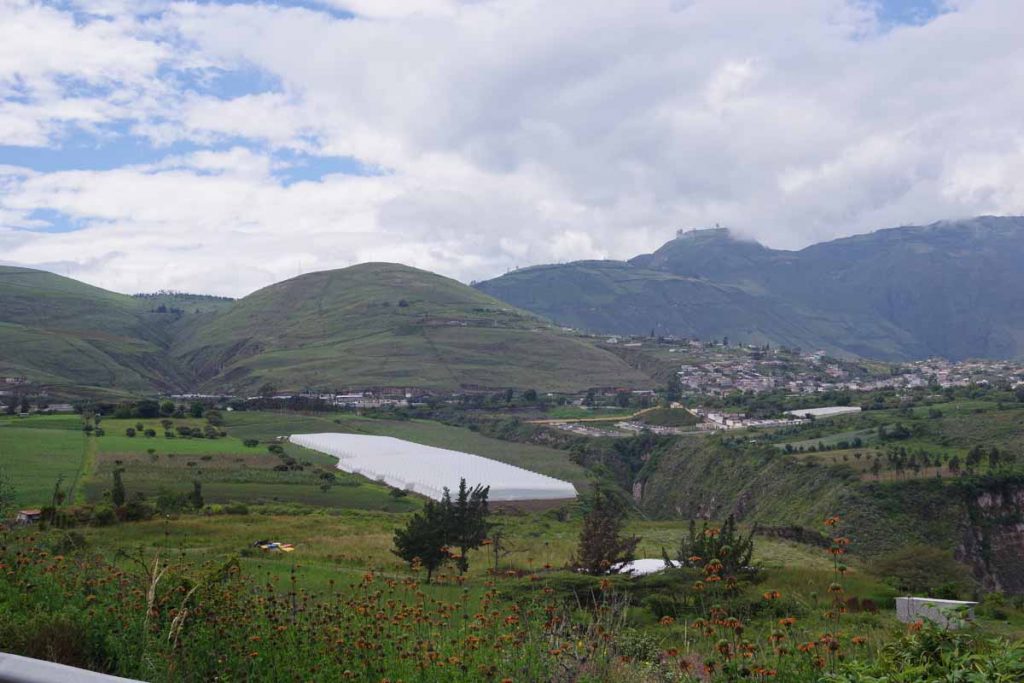 First greenhouses to see. Occasionally, see these in other places in Ecuador as well.

Ibarra was busy and shoulders were occasionally narrow. On the far end, the road became first four lanes and then six lanes. Here was second larger climb of the day as we slowly climbed our way out of Ibarra. 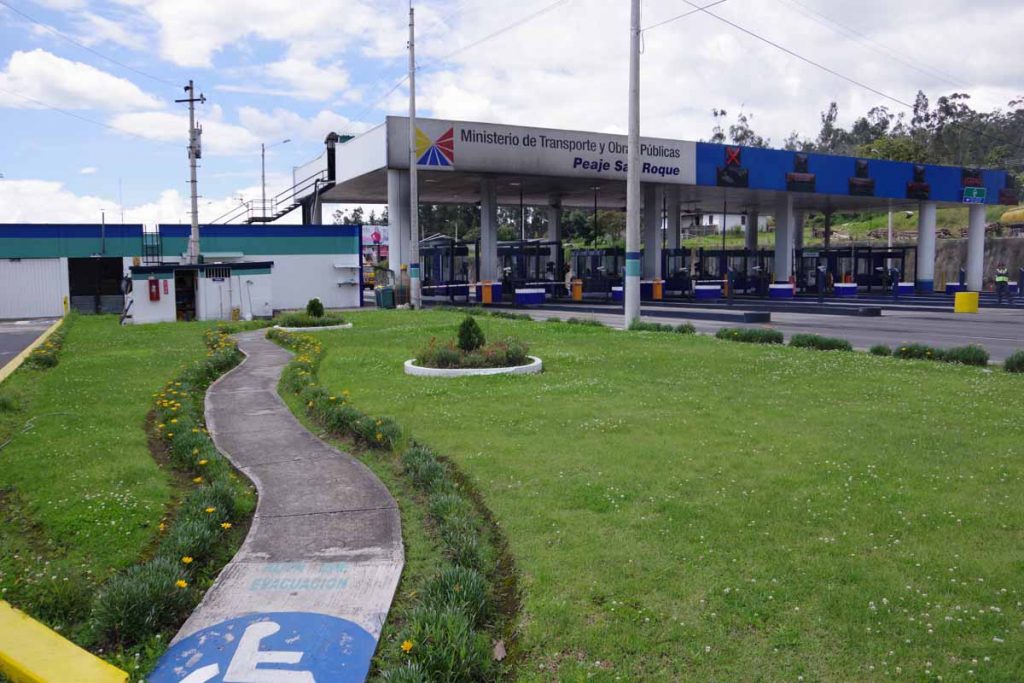 We crossed two toll plazas. In Ecuador, we are generally directed onto side paths to get around the toll lanes. 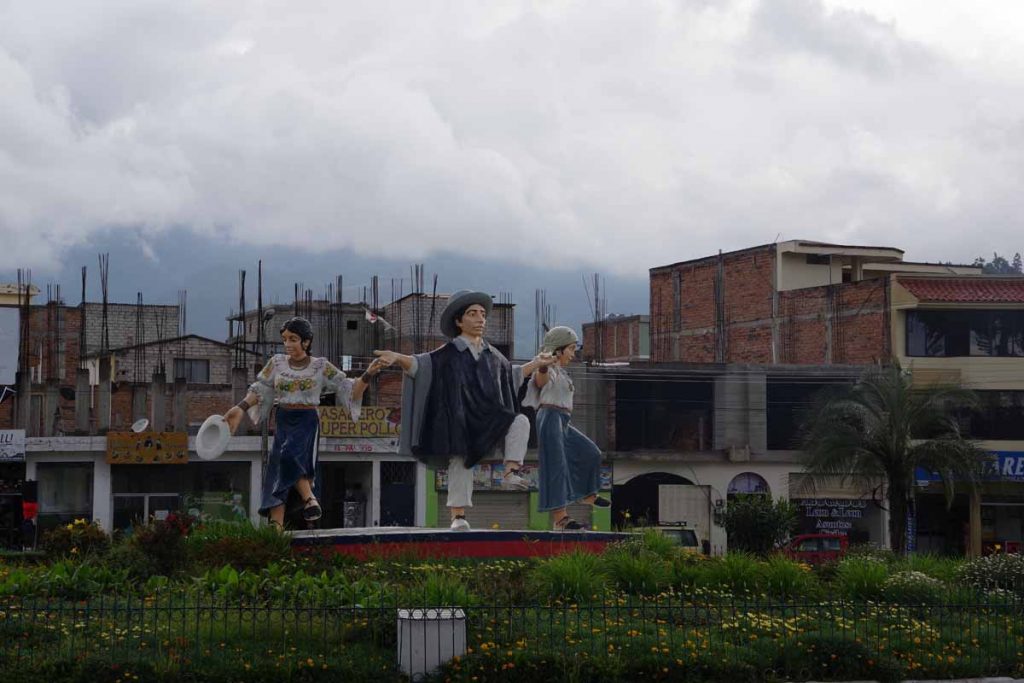 Later afternoon and we got into Otavalo. This is more of a touristy town with nice city center. Our first hotel was full and second one was a little ways away from center. Was tired enough from climbs today that we did a little walking for dinner as well as super market but otherwise I stayed closer to the hotel. Still more hills in this area, though nice to slowly get closer to Quito.

We’re now at 0.23 degrees north latitude, so need to go check the drain and see if Coriolis effect is still causing water to swirl down counter-clockwise. In any case, this link suggests the effect would be weak here.