Across the equator and into the Southern Hemisphere. Greetings from 0.06 degrees south. 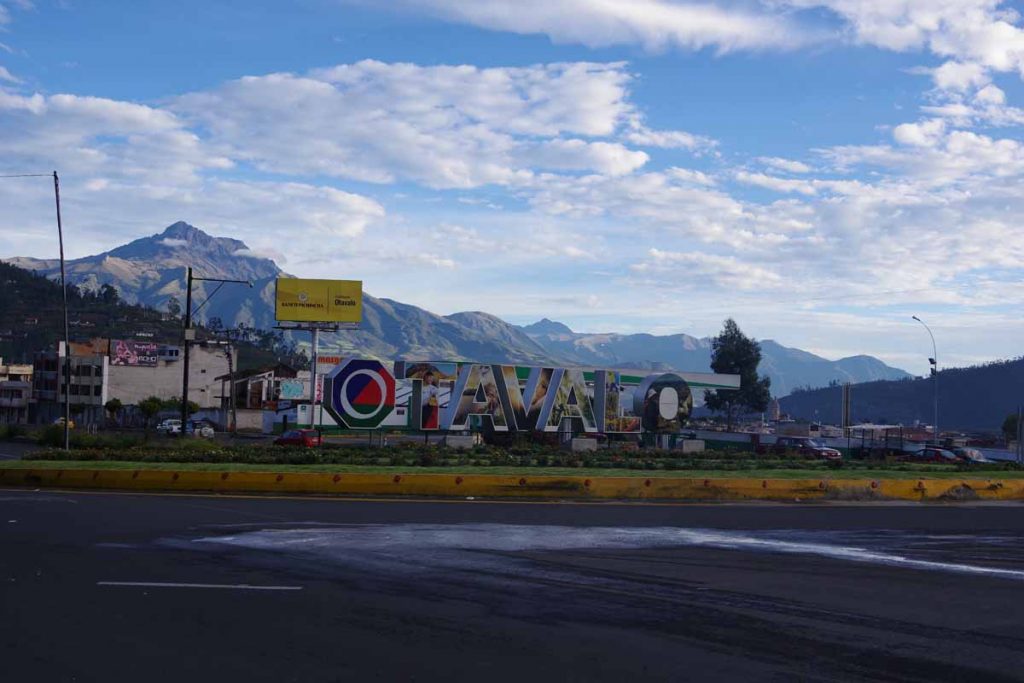 Nice morning leaving Otavalo, though my GI tract wasn’t quite agreeing. Stopped twice in first 10km and better after that. We started out with a climb for the day, a bit of level and then more climbing again. 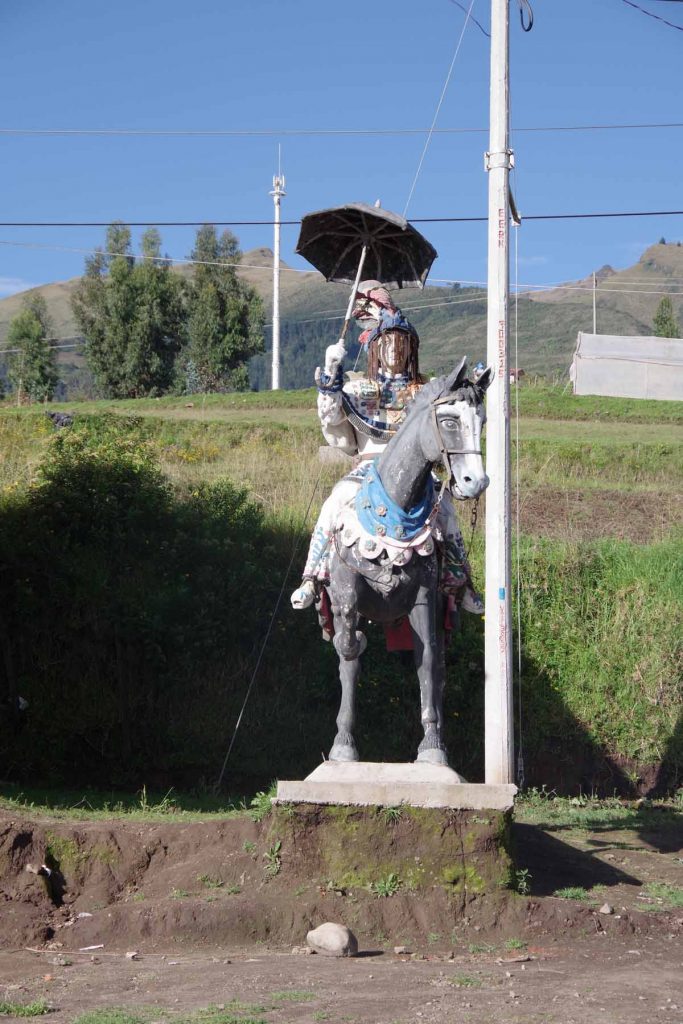 This statue was somehow along the road now really connected to anything. 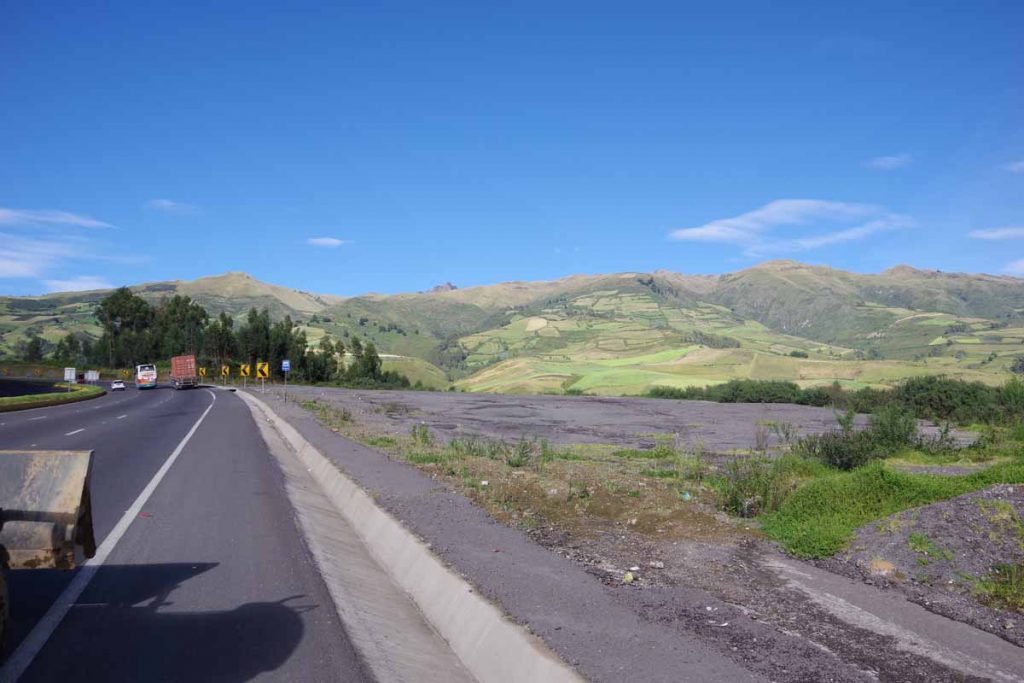 A view of fields along the way during the climb. 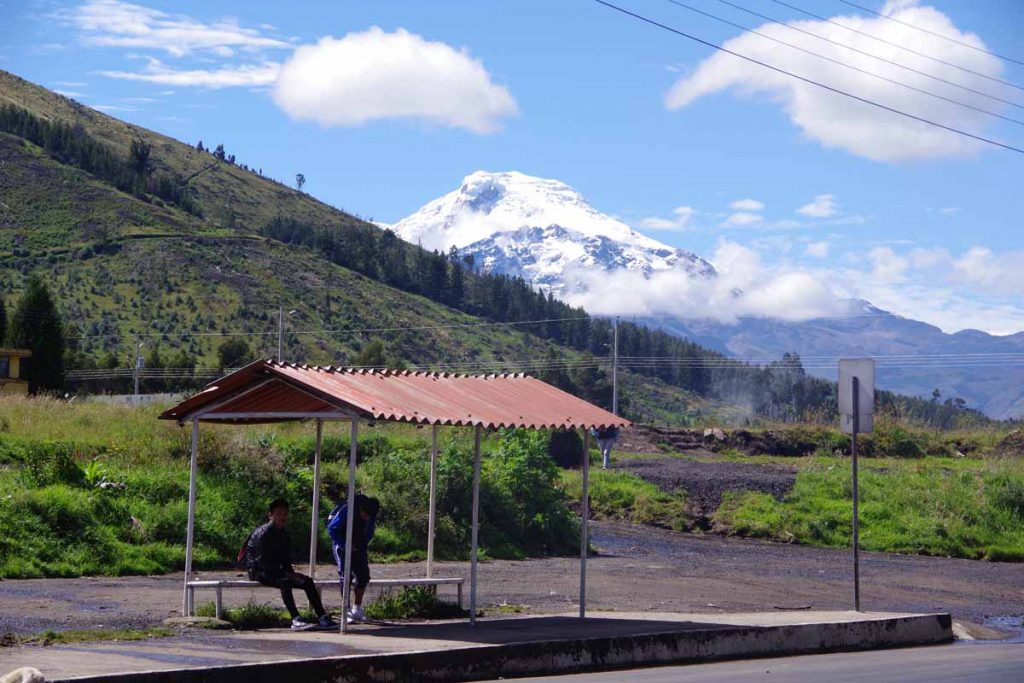 First views of Cayambe volcano here at 5710m (~19,000ft), Ecuador’s third highest peak. The south flank is on the equator. It is the highest point on the equator and only one that is snow covered. There were two routes here to Quito – the longer one went via Cayambe town and the shorter one via Tabacundo. We had much more detailed notes on the first one, but it was 10km longer and decided we’d try shorter route instead. 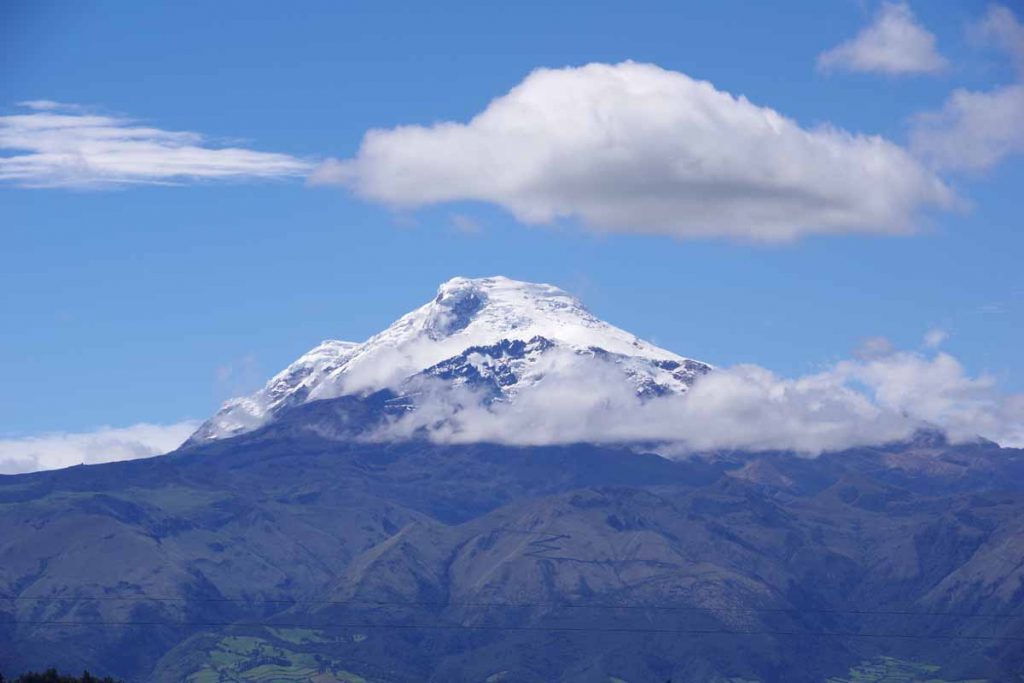 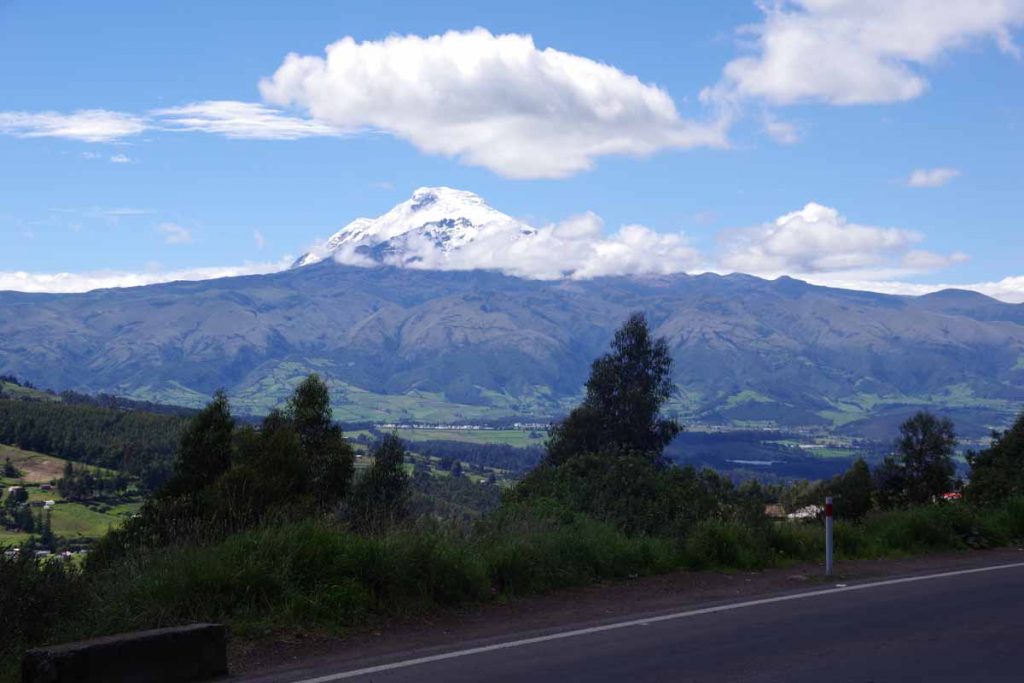 More views of Cayumbe, can you tell I was impressed?

After this generally downhill, though we just enough shorter uphills to keep climbing muscles engaged. 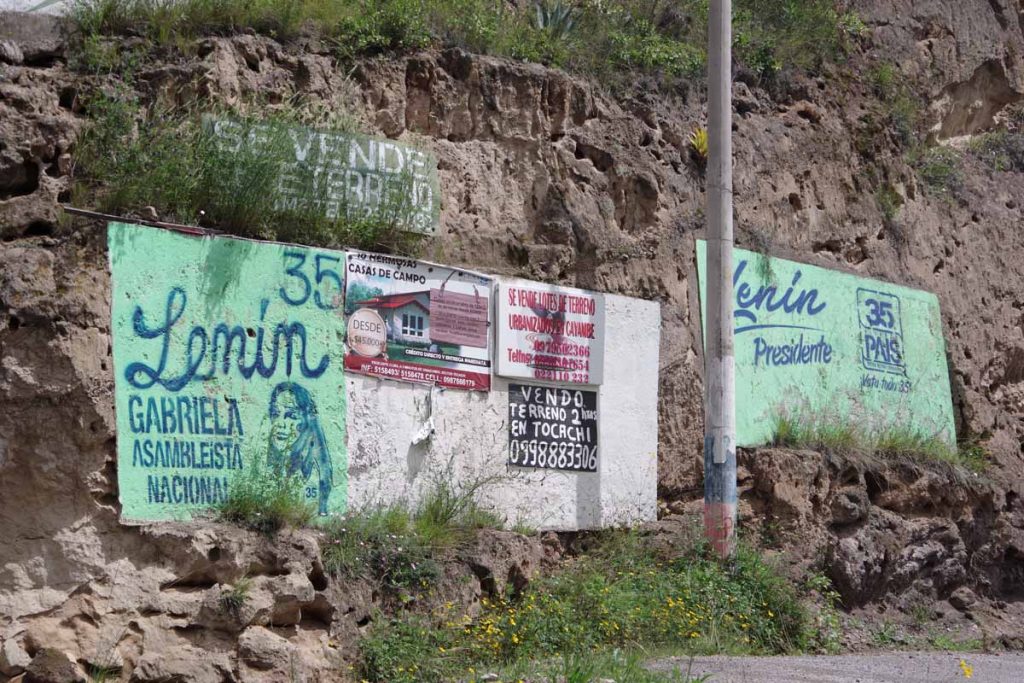 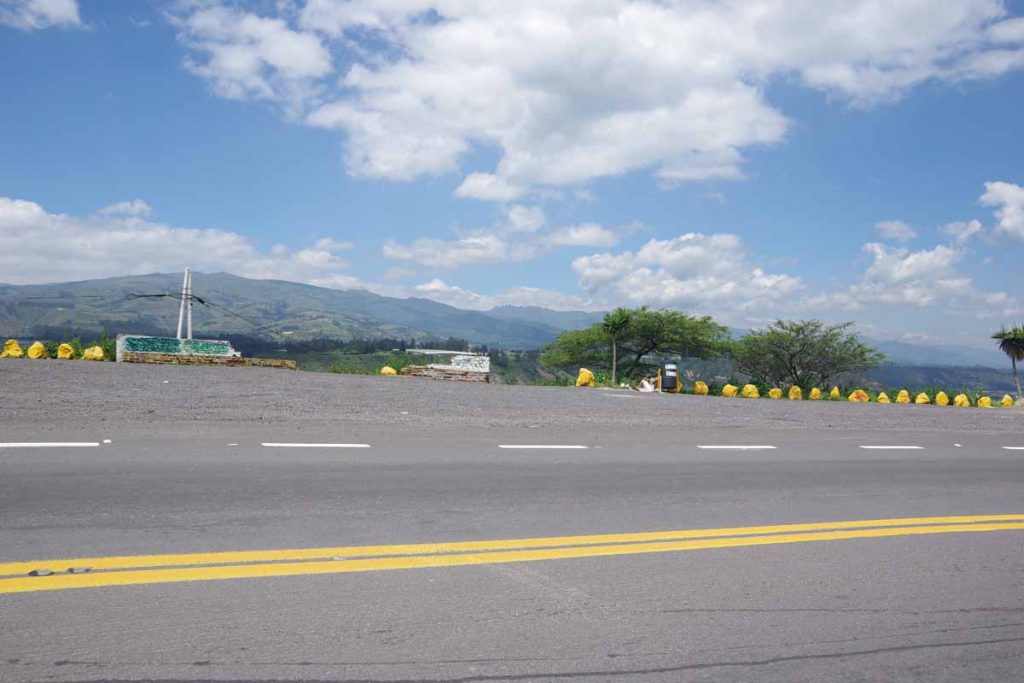 Crossing the equator itself was a bit anti-climatic since the road we were on didn’t have any specific marking or monument (the Cayambe route had one). So mostly looked up the GPS coordinates on my phone and within a kilometer of when I crossed, took this shot as the first one in Southern Hemisphere. 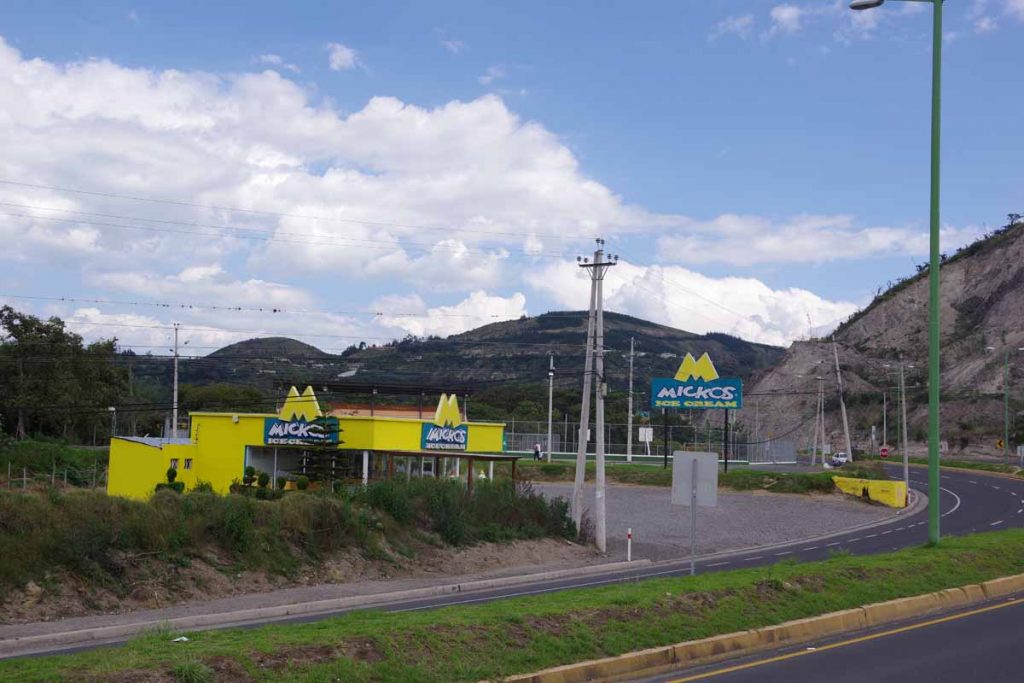 One short intense 2km climb at the bottom and we were now past little town of Guayllabama. There was motel along the road and nice place to stay. Still a substantial climb between here and city of Quito, though we’re getting closer.