A relaxing rest day in Cuenca including purchase of additional spare brake pads and studying blogs for Peru. 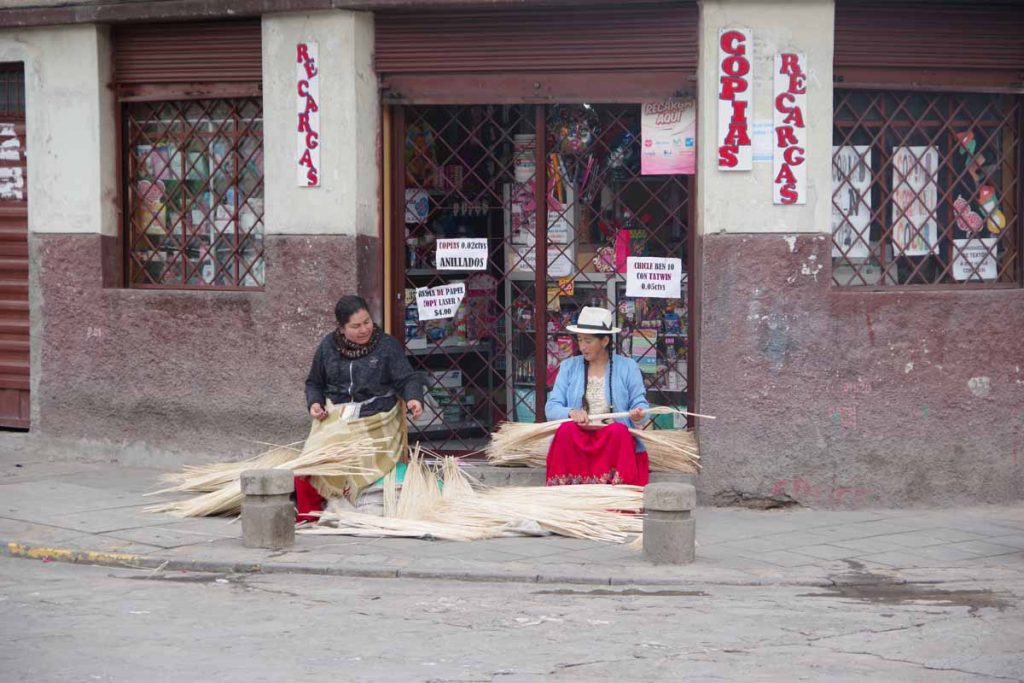 Today was an easy day looking around Cuenca as well as looking at some other blogs. It was sunny morning with many people on the streets. 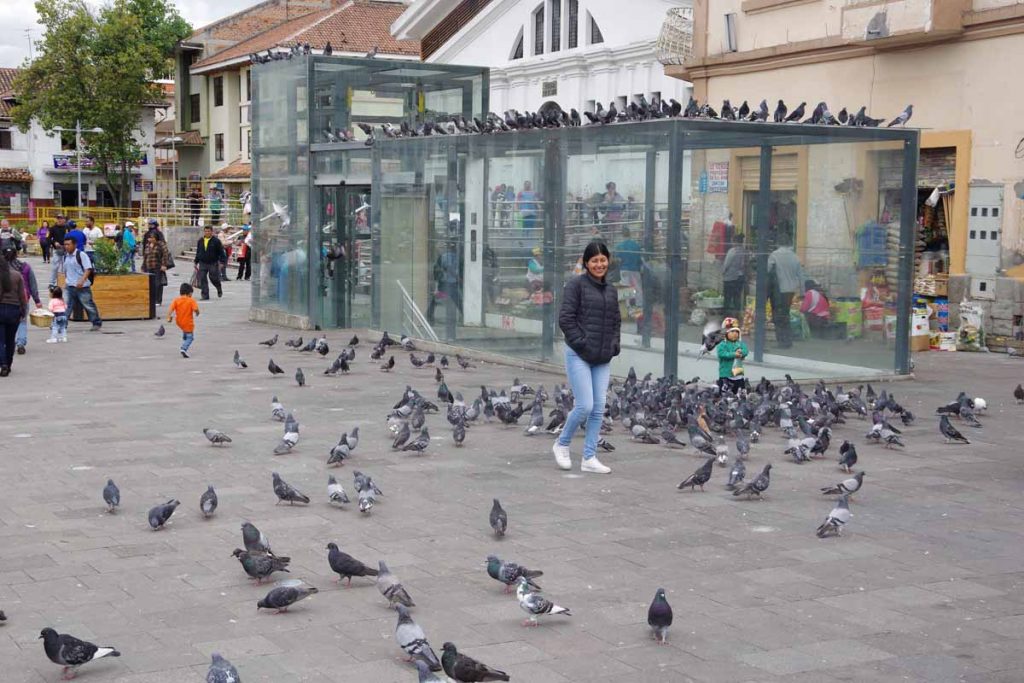 The pigeons were out and no longer hiding under the eaves to get away from the rain. 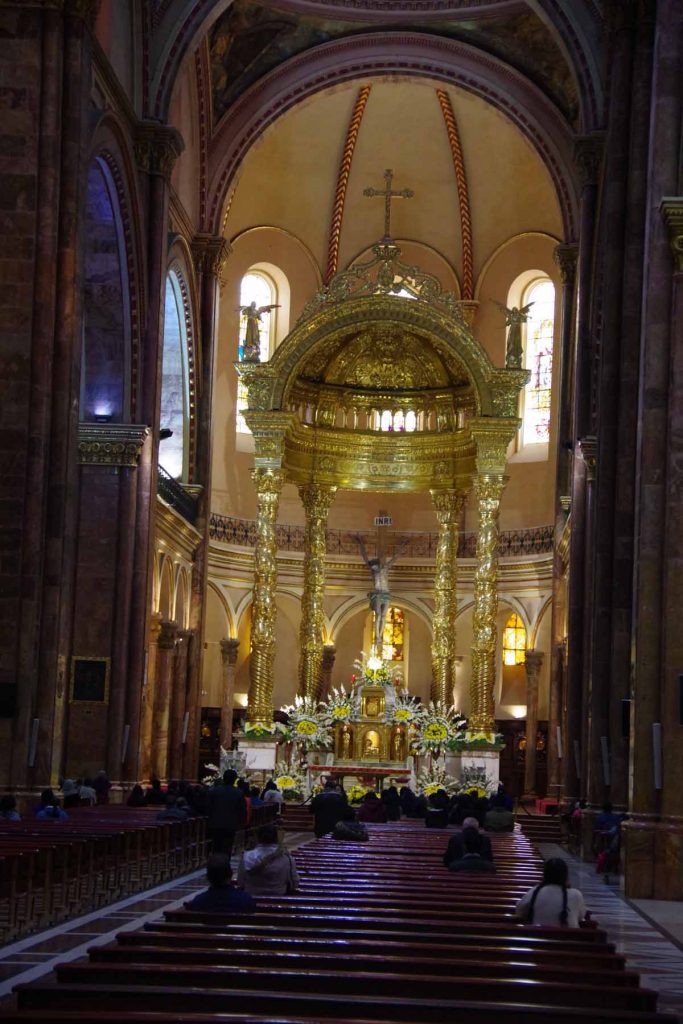 I saw the inside of the new church. 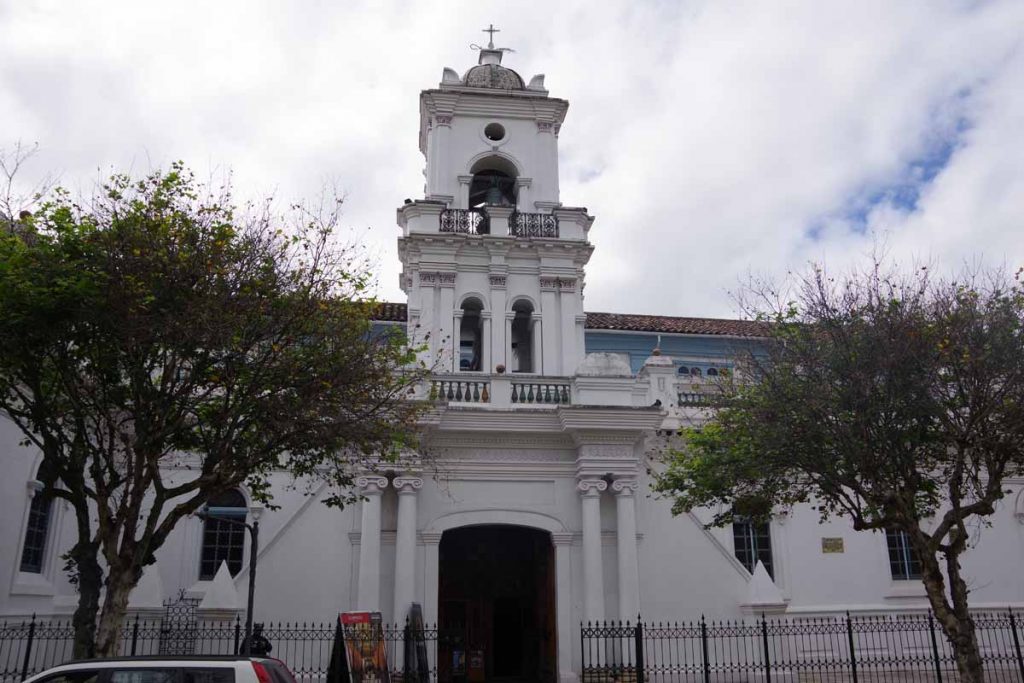 Here is the old church. 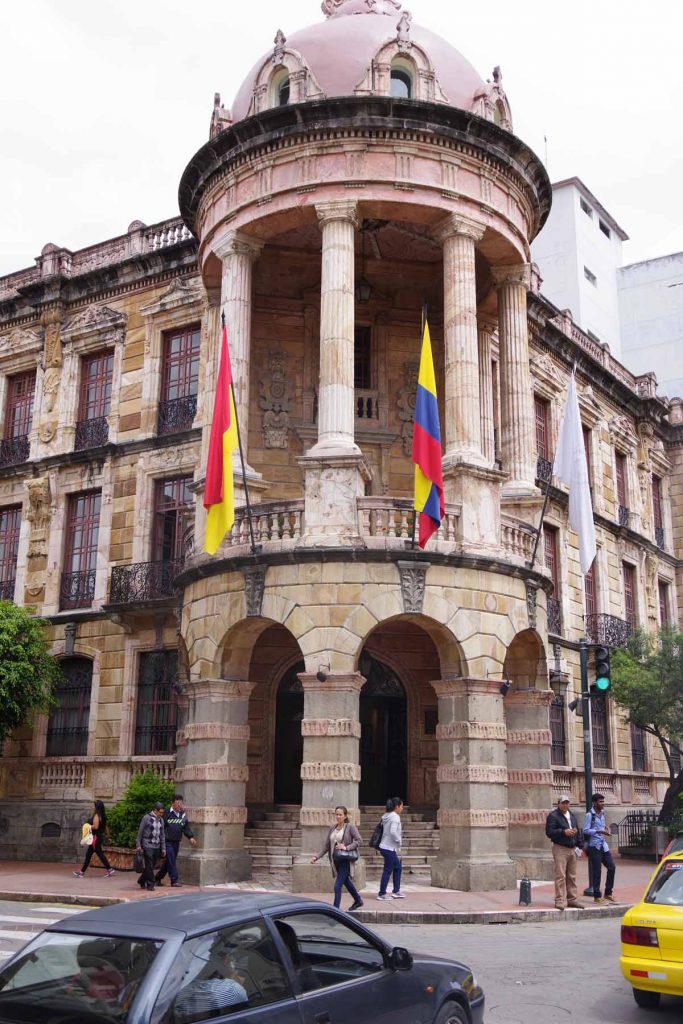 Hardly the only church as they seem to be on many street corners, as well as other interesting historic buildings. 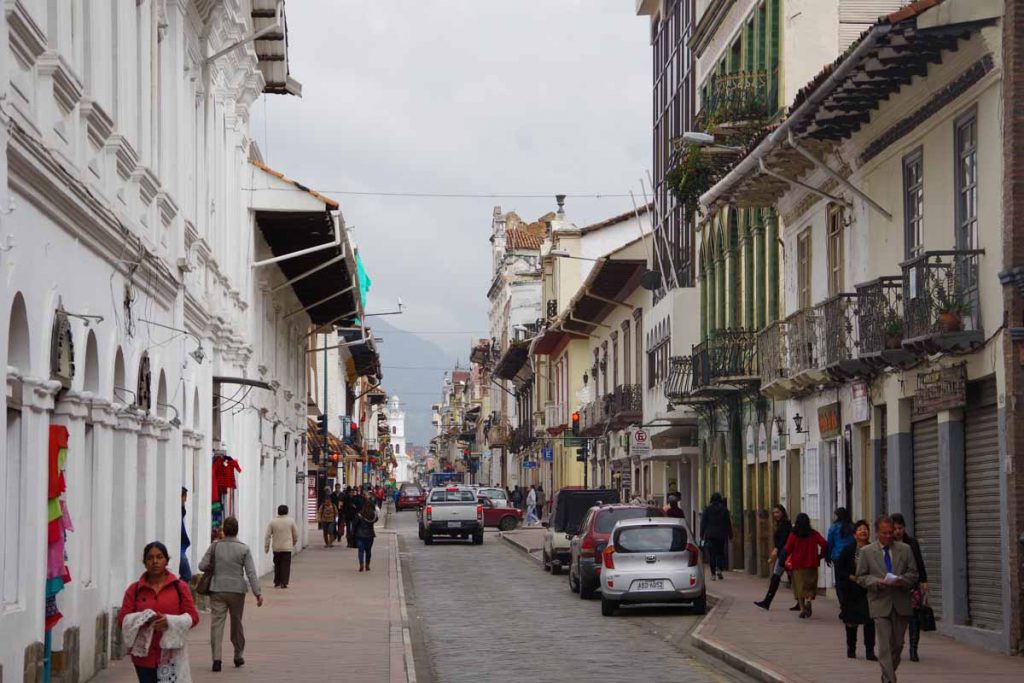 Given that I was on a rest day, I also tried an experiment to see the local bike shops. In Ecuador as in Colombia, it seems like repairs and new sales are sometimes different shops. I had brought with me to Cartagena, two spare sets of brake pads. One had been used in Pasto, when I had them replaced but I still had a spare set. The ones on the bike now have worn, but also don’t need to be replaced yet. So, I figured I could easily get to Lima before it would be useful to find pads again.

However, since I had a rest day, I tried to find a local bike shop from Google Maps and see about getting another spare set of pads. Finding the shop was the first hurdle. I had gone looking yesterday in the rain and despite back and forth on the street, I never found a shop. So I read the Facebook description more closely and seemed to say they were located inside a medical clinic. This morning, I found the clinic and started asking. At first they didn’t know anything about a bike shop, but then told me two local entrepreneurs sometimes used their offices. They weren’t there but would be in an hour.

I came back in an hour and met two young gentlemen. No real shop, but these were the mechanics. I had brought with me a worn set of disc brake pads, still in the original package. I showed them the details, model numbers, etc and asked if two replacements (front and back) could be found in Cuenca? They weren’t sure but started dialing their contacts with cell phone. They were able to locate the pads, at a place that wasn’t nearby. I gave them $ for the pads and we arranged they would drop by the hotel in afternoon with spare pads.

They just recently arrived. Interestingly enough, it is the exact same packaging as I had as well. So, Avid BB7 mechanical disc brakes are still a fairly common model, in USA as well as Ecuador. It took a bit, but once I got in touch with locals, they were able to locate the right spares. This should last me for a while now.

I’ve also been looking through several blogs for the coast of Peru. It will likely take two days to reach the lowlands and then another day to enter Peru. From there to Lima is along the coast. It isn’t all flat, but should be considerably flatter and drier than here in Ecuador. The challenge appears to be wind. The Humboldt Current brings waters to coast of Peru and when deflected by the Andes turns north. Hence, prevailing winds are from south or southwest and can sometimes be strong headwinds. Will see what I get in that next stretch.