Halfway down from the mountains to the plains. Today 1770m (5810ft) of descent and only 804m (2638ft) of climbing as I started leaving the mountains on my way to the coast. It is already warmer here. My shower water never really warmed up and this didn’t matter as I was hot anyways. 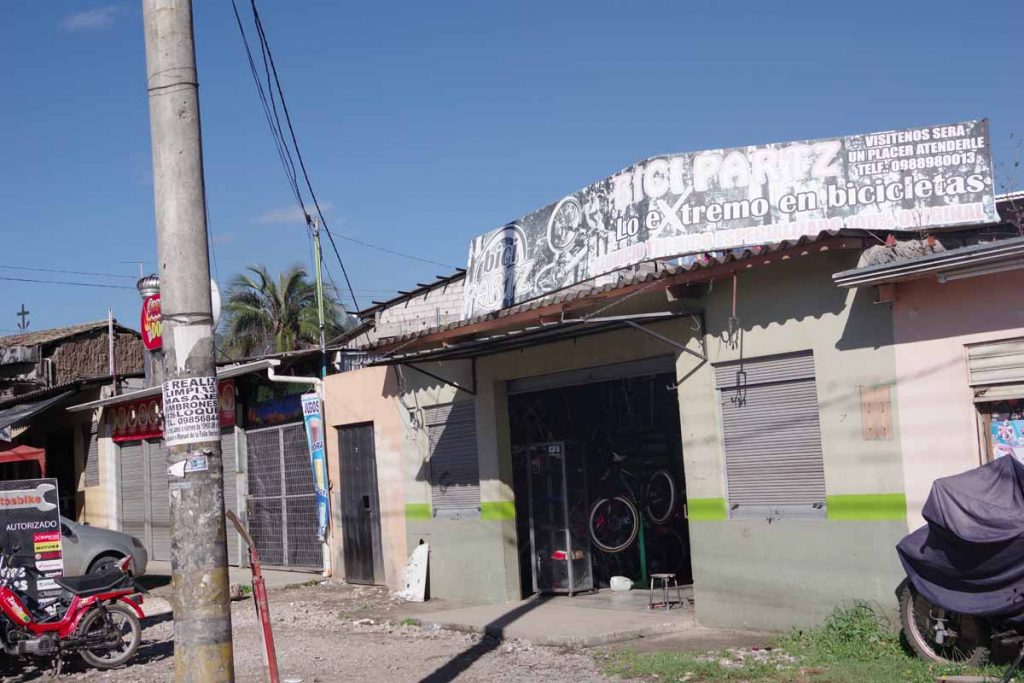 Left a little later so as to have breakfast in the hotel before departure. The first 3.5km was riding through the city, first on cobblestones and then on back streets. After this I was on the main highway, though still in Cuenca until ~9km or so. Photo above was a bike repair place I happened to pass on my way out. 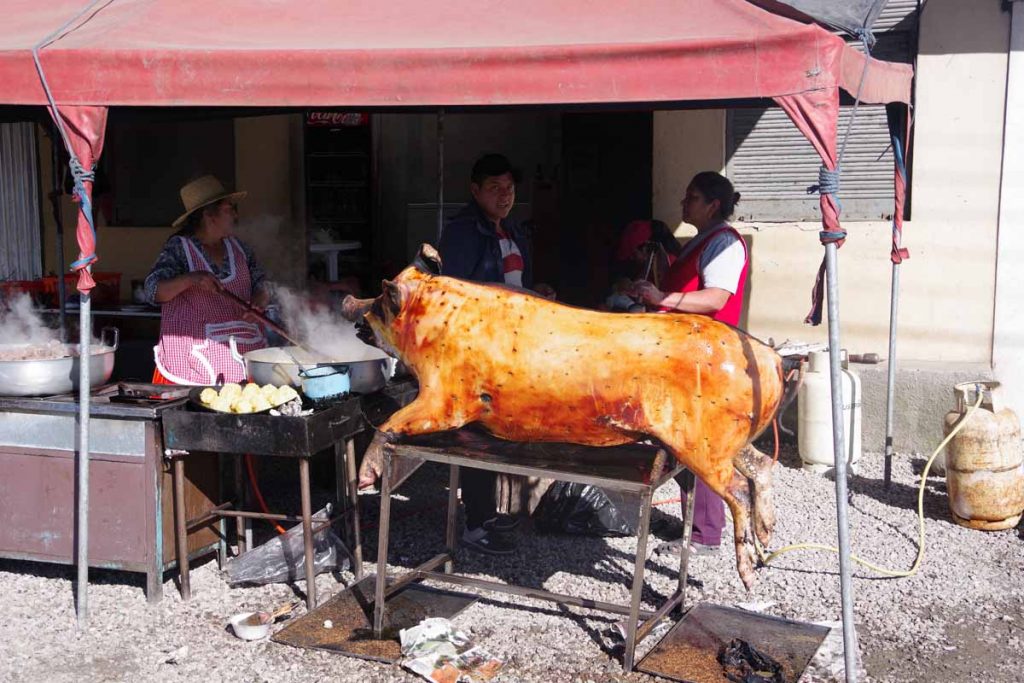 These folks were preparing a road pig. I see more of them at places along the way. 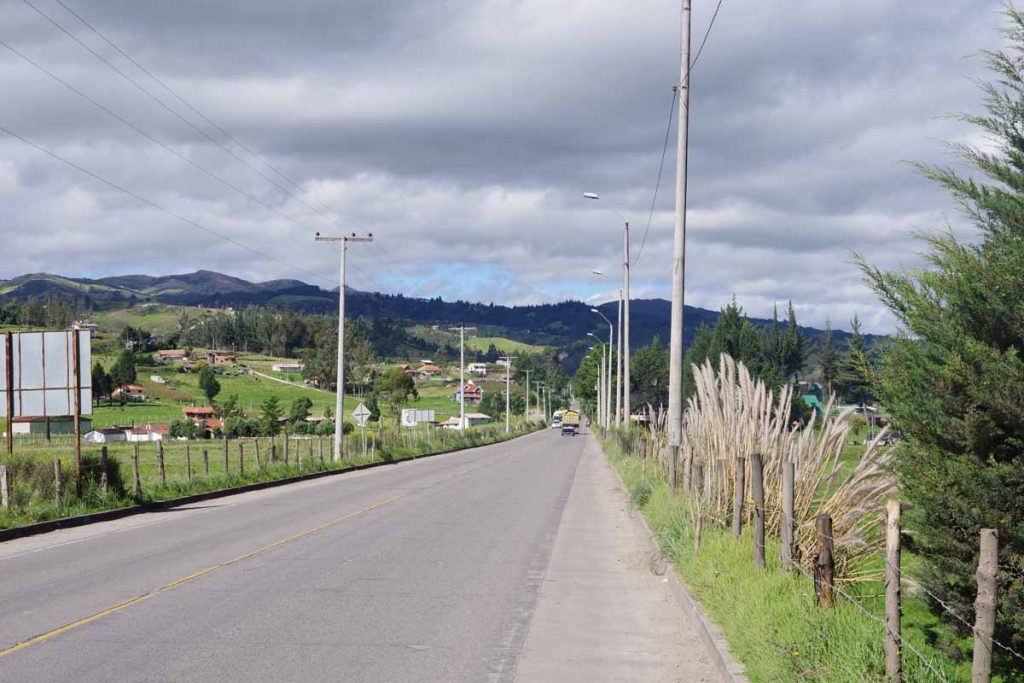 At 21km there was a fork in the road. Going left would stay in the mountains to Loja at least. Going right was still flat for another 11km but then started steeper descents. I decided I would try the coast for a while, knowing that I’ll trade cold and climbing for heat and headwinds. 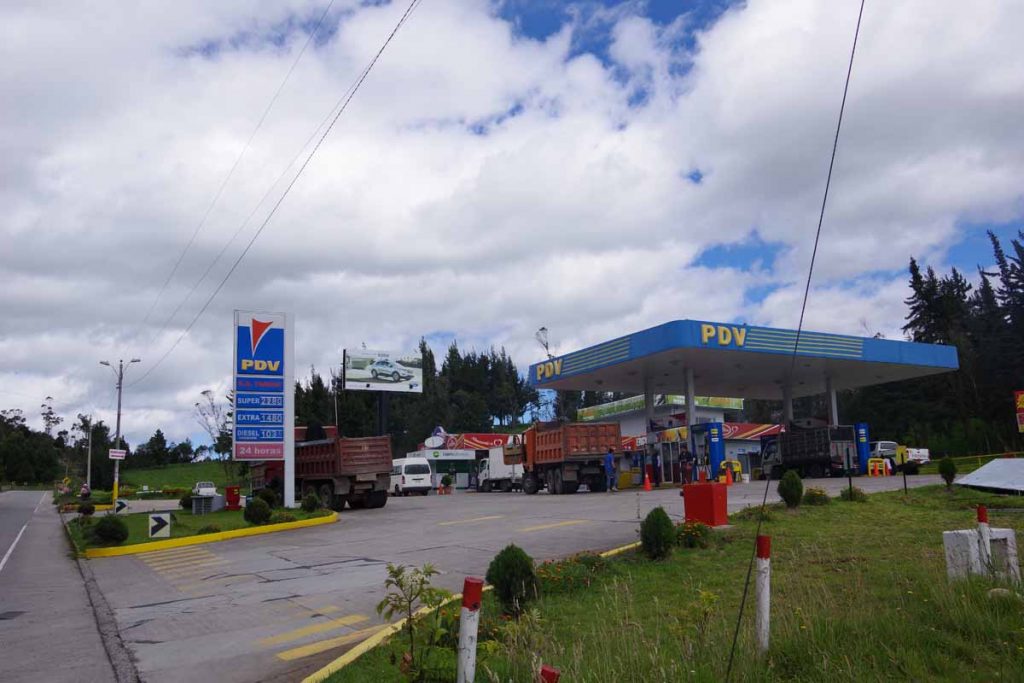 This gas station had a nice little shop and place to eat a snack. 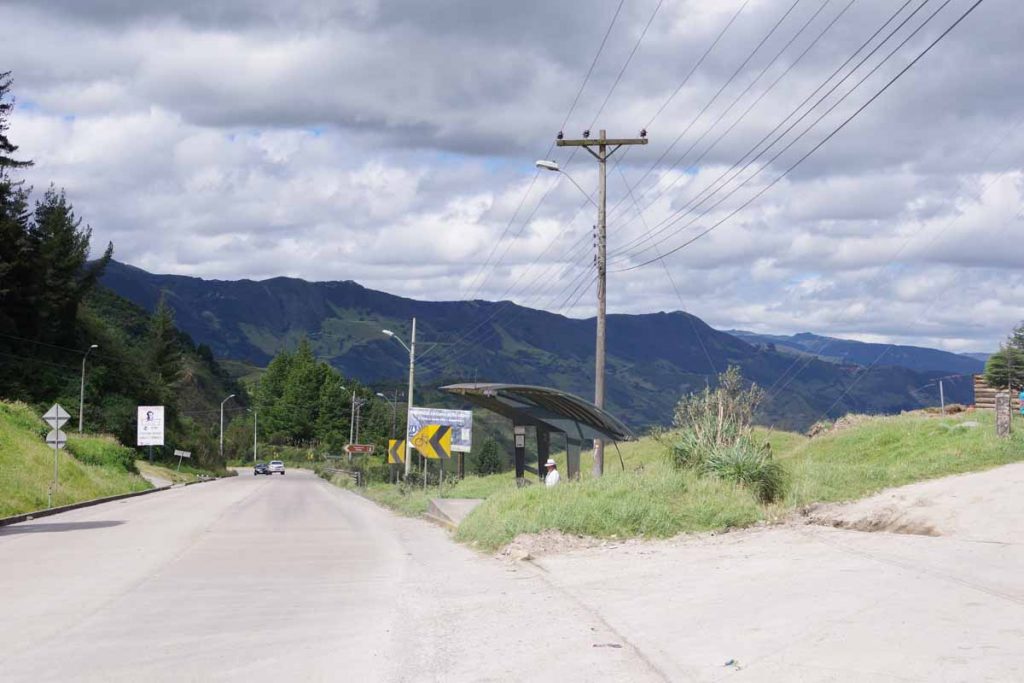 End of the flat at 31km just as I crested the hill into the downhill. While there was a fair amount of downhill, I was surprised at the amount of shorter sharp, 10-11% climbs that I still had. The road would dip down, go around a bend and then climb back over the next ridge. This happened multiple time and accounts for much of the 800m of climbing for the day. 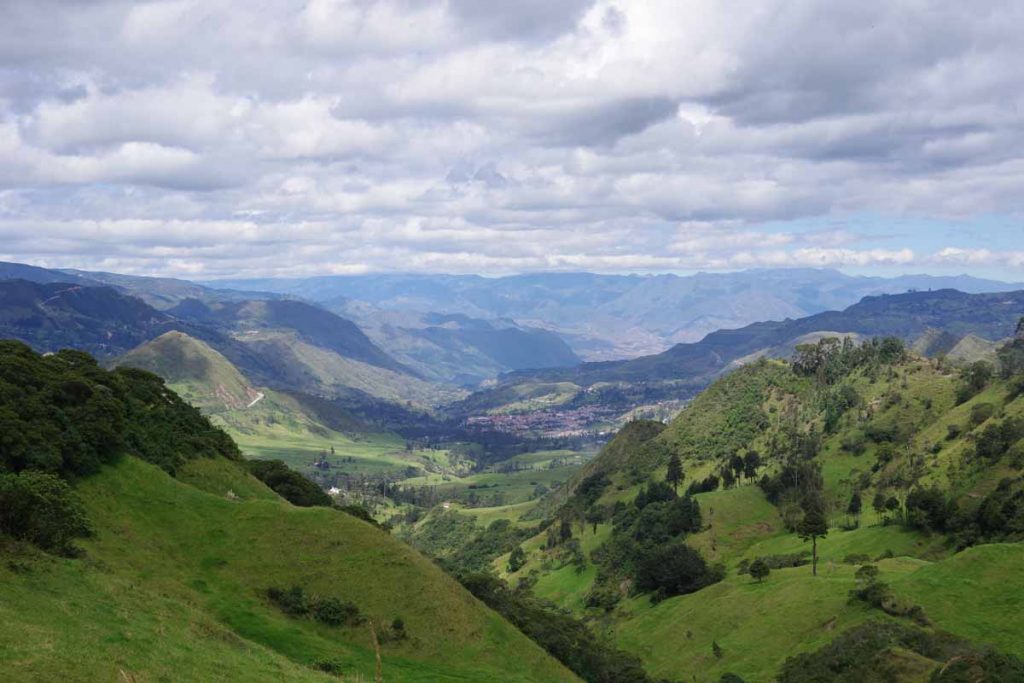 A view of the valley from the top. While the road never really got close to the river, it did roughly follow the valley down. At town of Giron at 45km, I stopped and had lunch. Breaded chicken, rice, fries, avocado and slice of tomato. These “plate of the day” meals are pretty good in Ecuador. 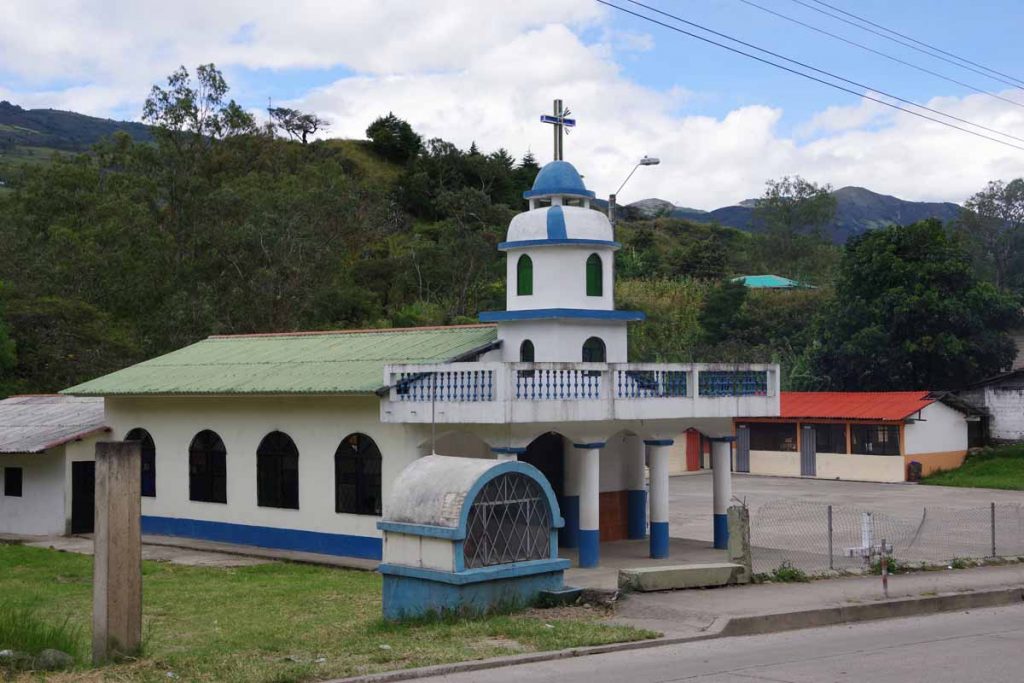 Small church that I passed. From Giron in particular, I had a lot of the short sharp climbs, so a bit slower cycling. However, nice to come up to Santa Isabel with one last 160m (500ft) climb from the low point. The actual town of Santa Isabel is still at least 100m higher, but there are two roadside hostals here on the main road. 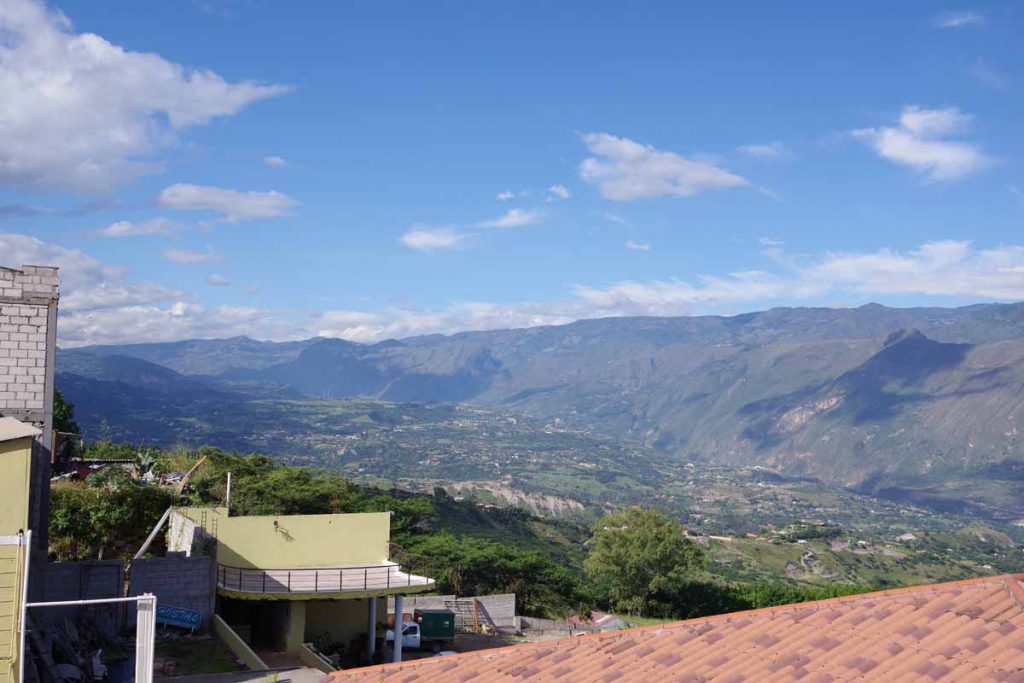 A view from my hostal room looking back up the valley.

Overall, nice to have part of the descent done so far. Tomorrow expect to finish descending down to close to sea level and hence exit the mountains. I am already lower in elevation than I’ve been in Ecuador.