A descent today to land of banana plantations and air conditioned hotels. 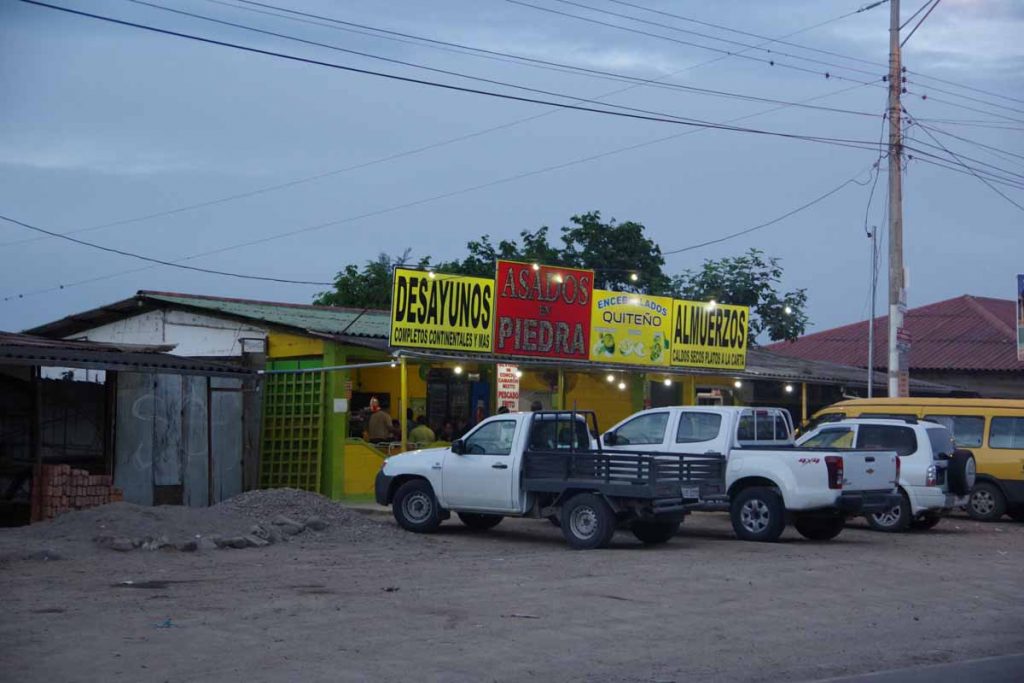 I left early. Place next door was already open serving breakfast but had lights on. Overall today descended 2035m (66677 ft) and climbed only 652m (2139 ft). So there were a few shorter climbs but overall easier than yesterday. The descents were also not quite as steep. There was however a fair amount of road construction and places where pavement was replaced with gravel. 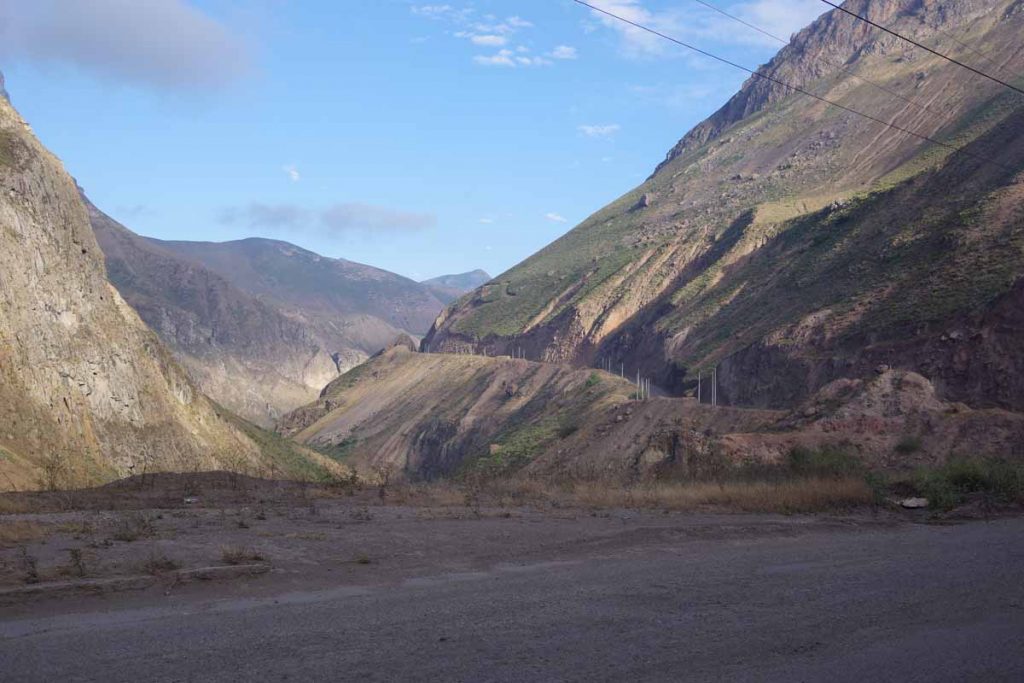 Followed a narrow canyon down the hill. Initially it looked dry without much vegetation. 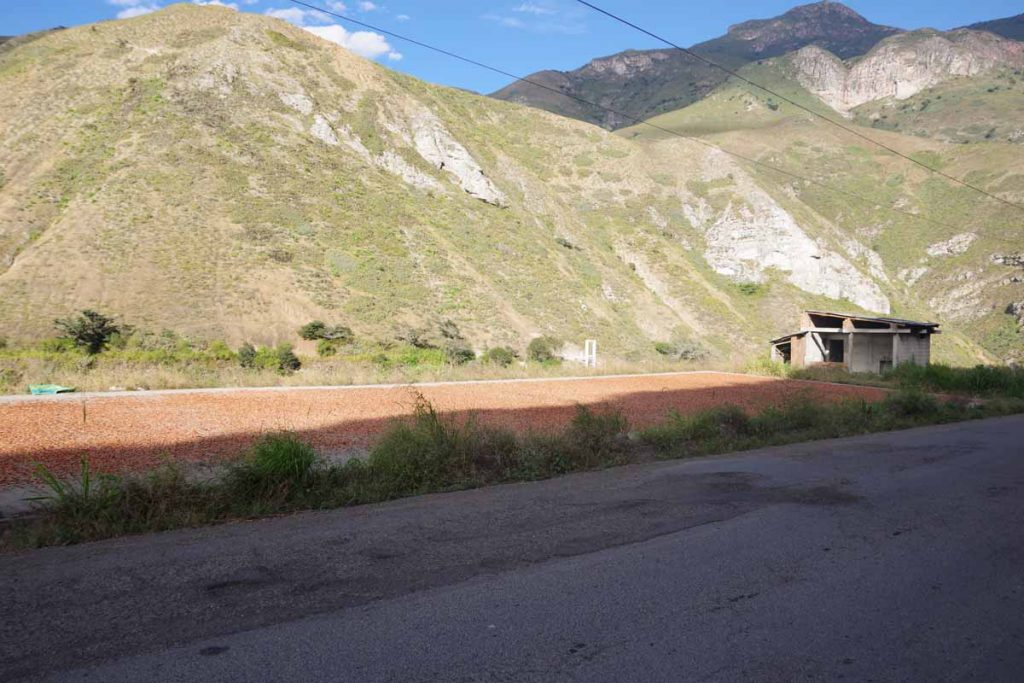 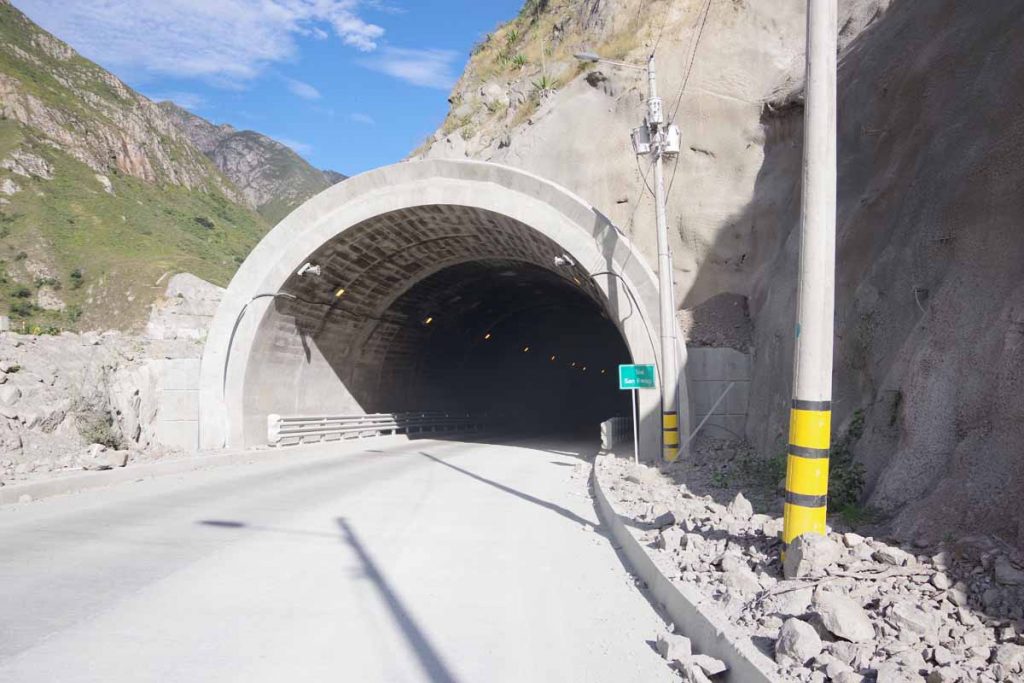 There was a short tunnel. 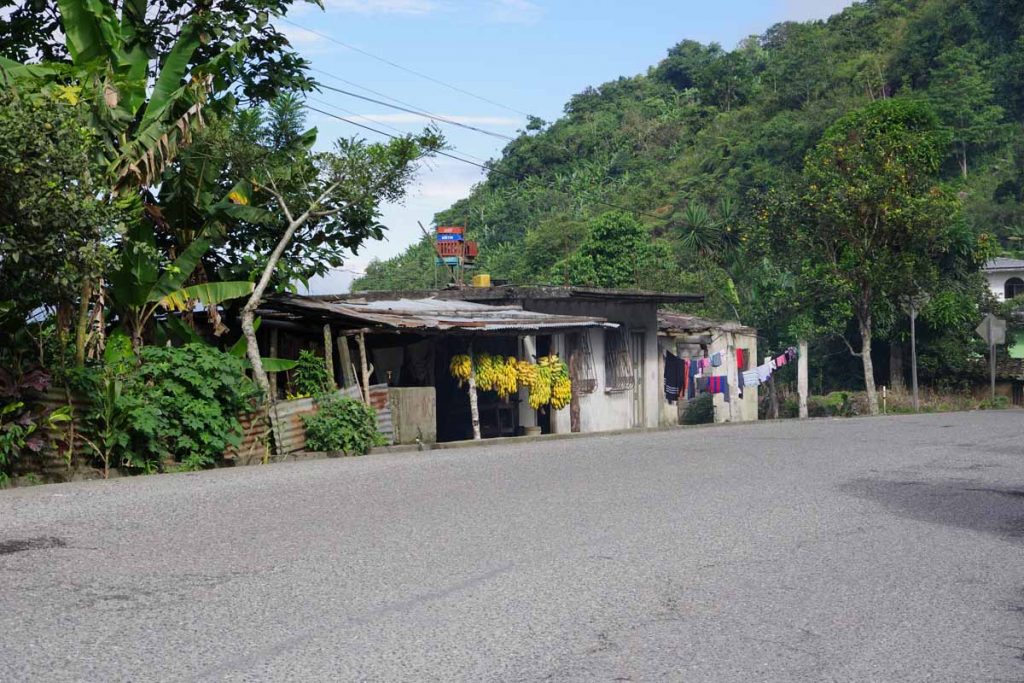 As I got lower down, it became more lush again. These bananas are locally grown in small scale, likely close to the stall that sells them. 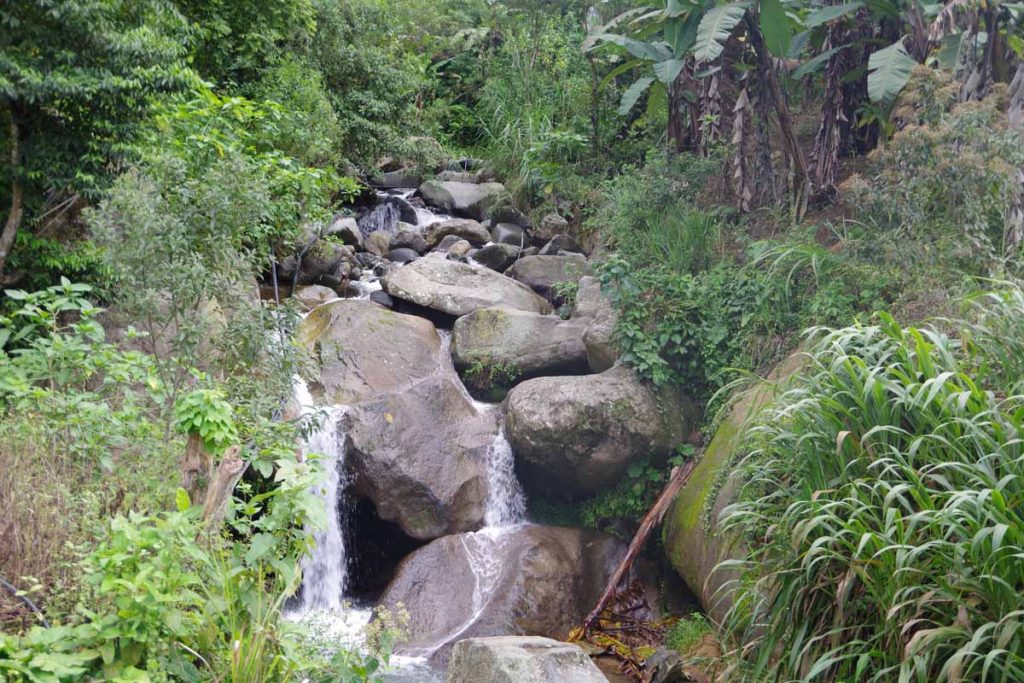 A little creek in one of the lush areas. 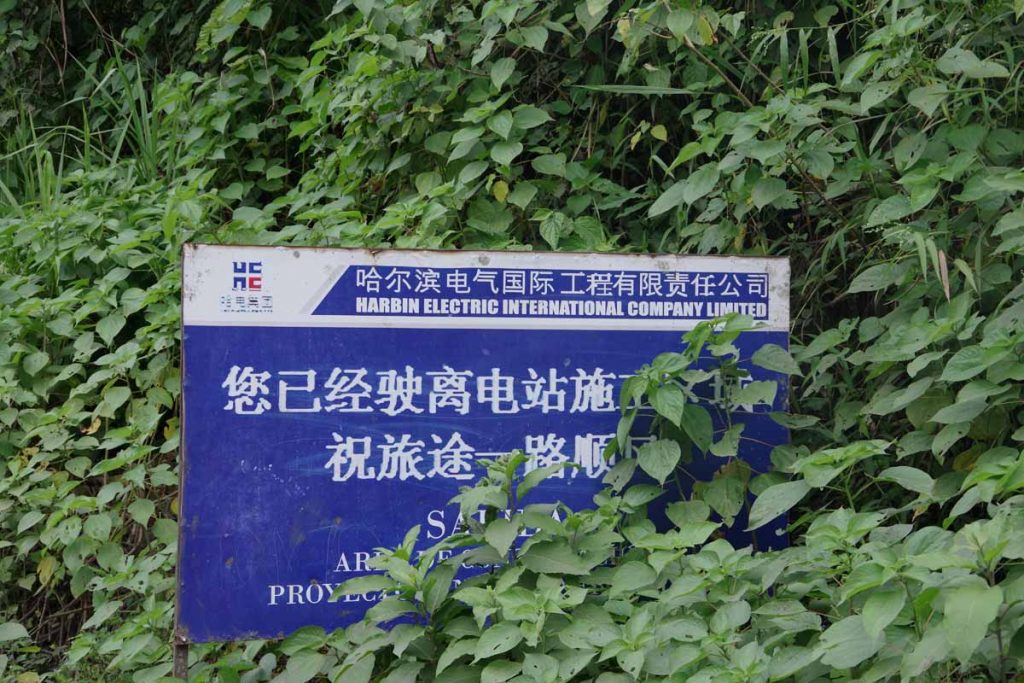 Several spots had signs with Chinese lettering, I believe some sort of joint project is being carried out. 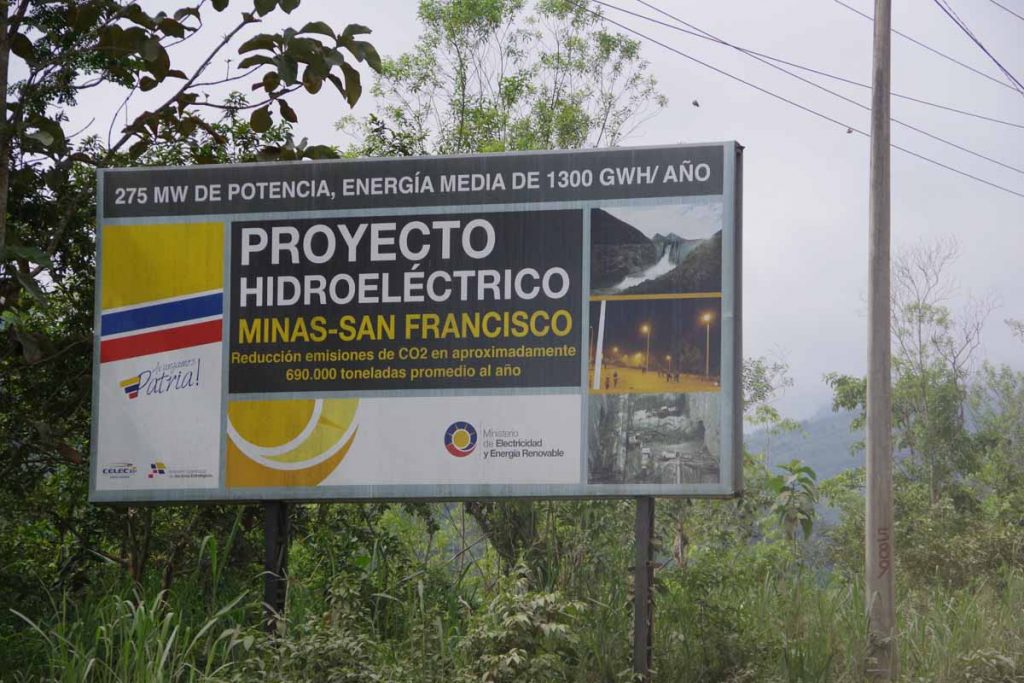 There were also signs talking about a larger hydro project being built. Interesting that it listed both the energy output and the CO2 savings effects. 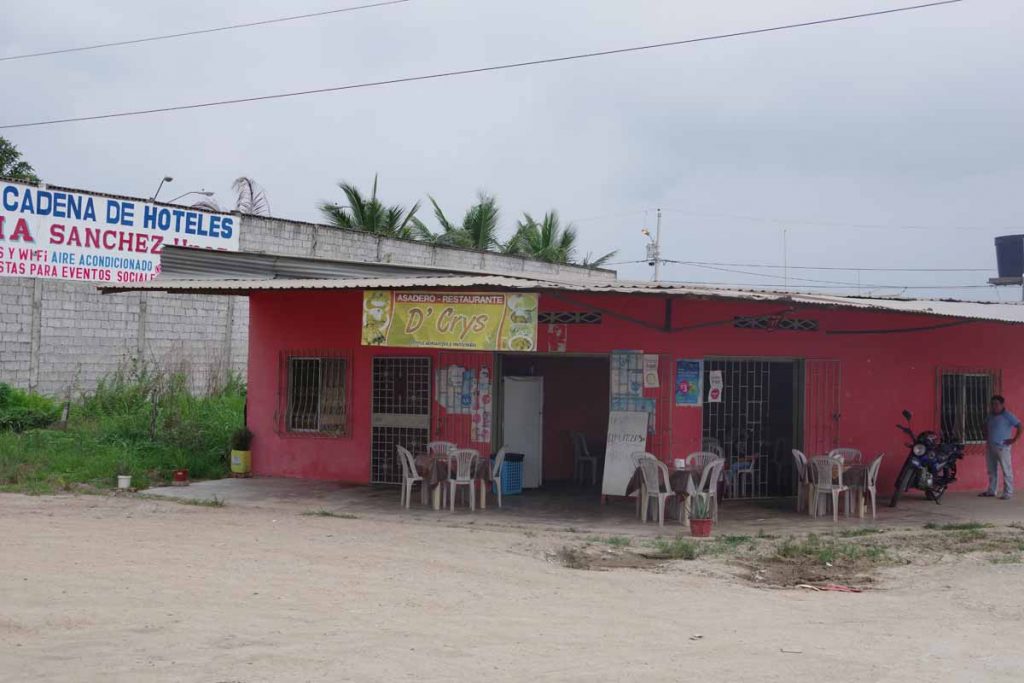 Eventually around 75km, I got to bottom of the hill with flat terrain after that. I spied this restaurant to stop for lunch. However, nobody came when I sat there, so after a bit I went another 5km to Buena Vista to another restaurant. 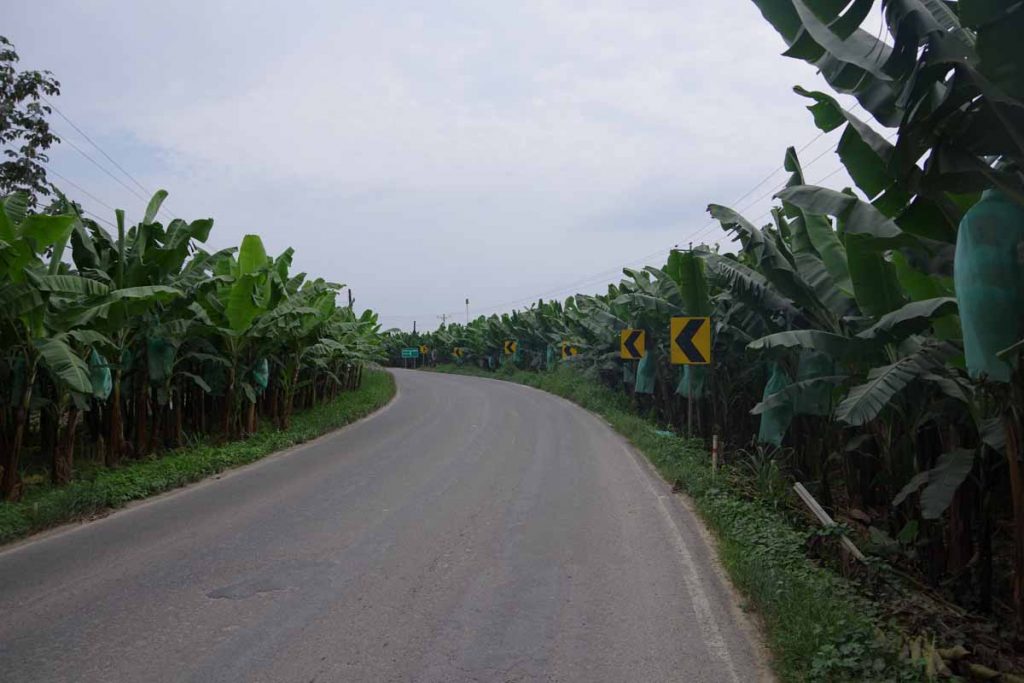 This is banana country with plantations on both left and right sides of the road. 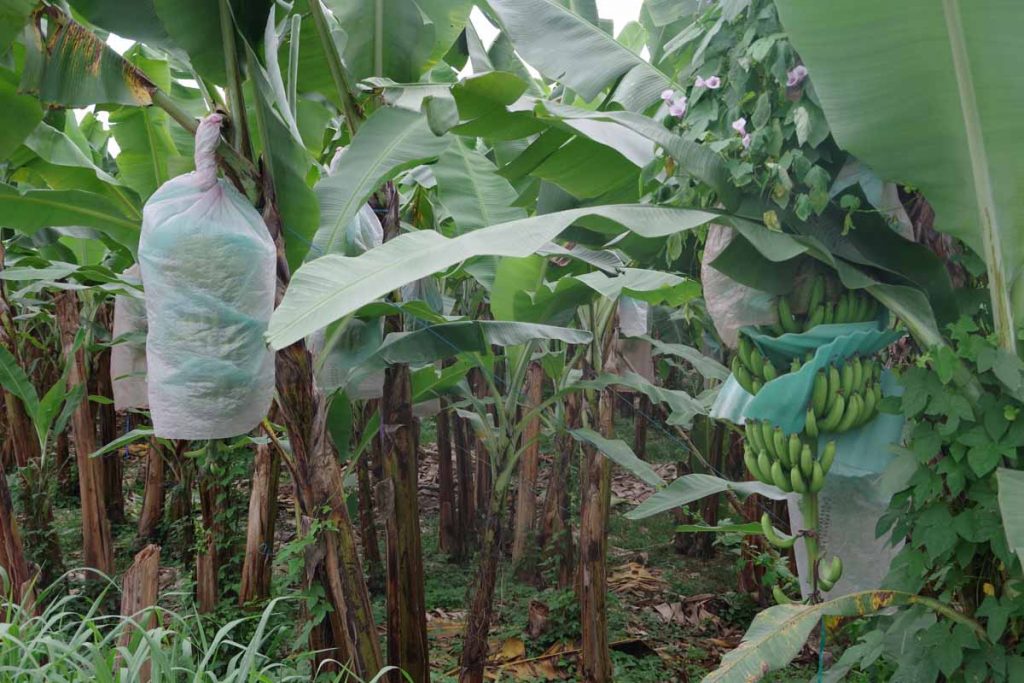 Bananas themselves are covered with a protective packaging. 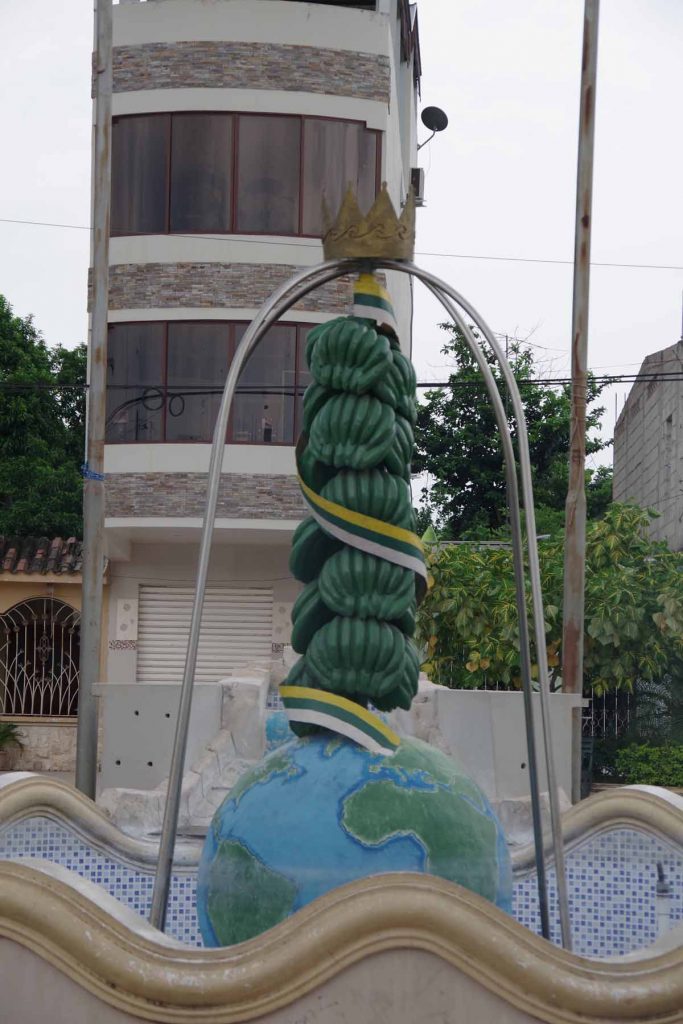 Buena Vista even had a banana monument in the central town square. 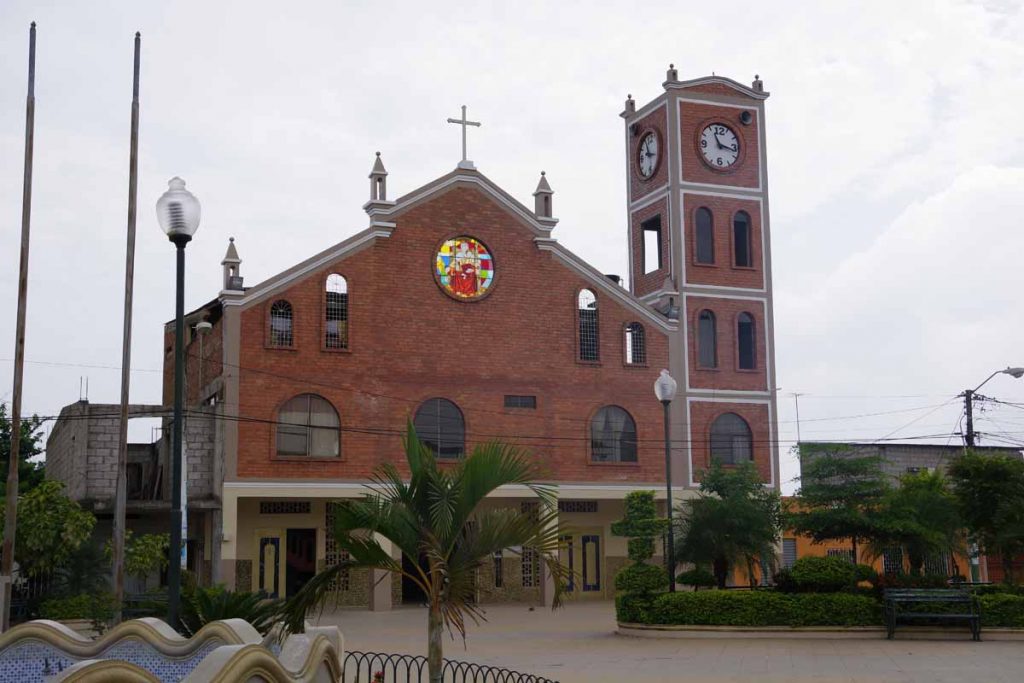 Also this church off the square. 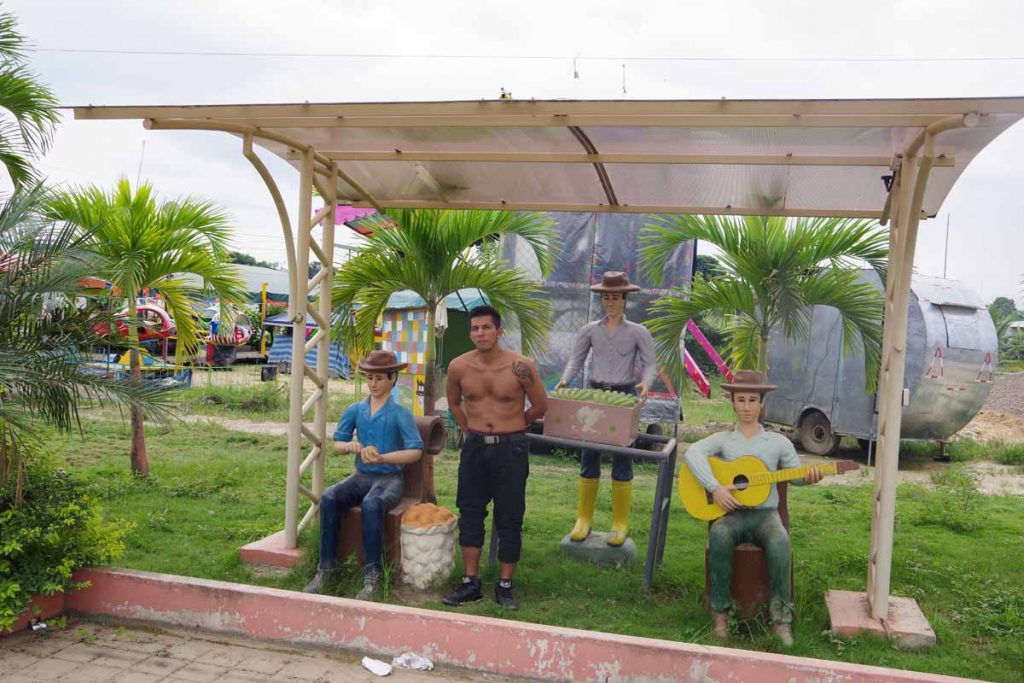 Not sure why this guy was posing with the monument at entry to the town, but got a photo anyways. 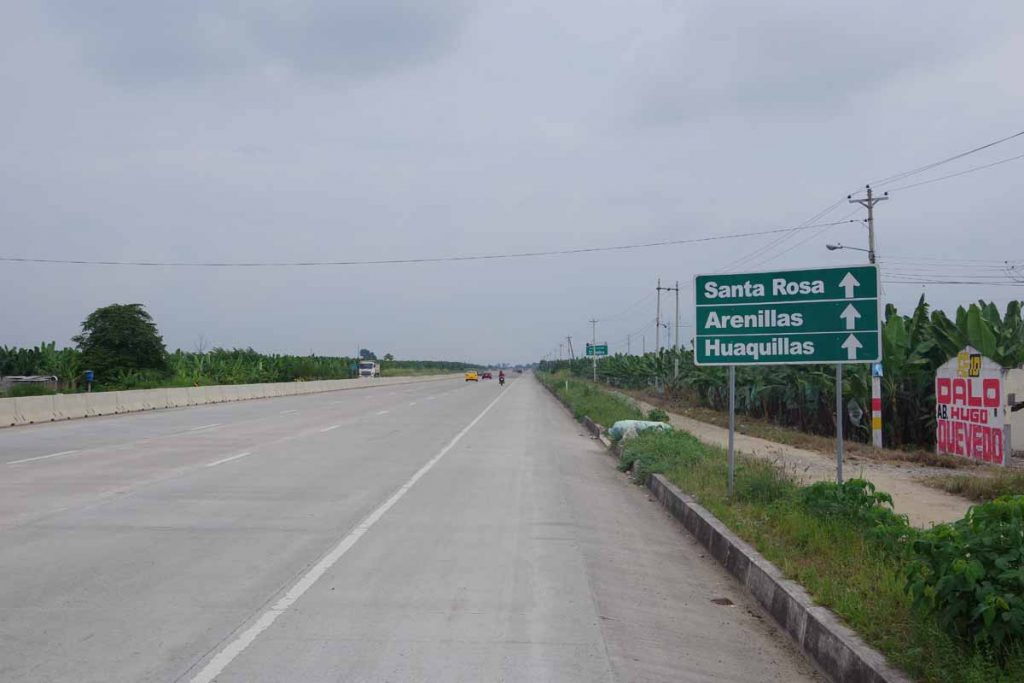 After Buena Vista, I continued until meeting a major north/south route that goes to the border. 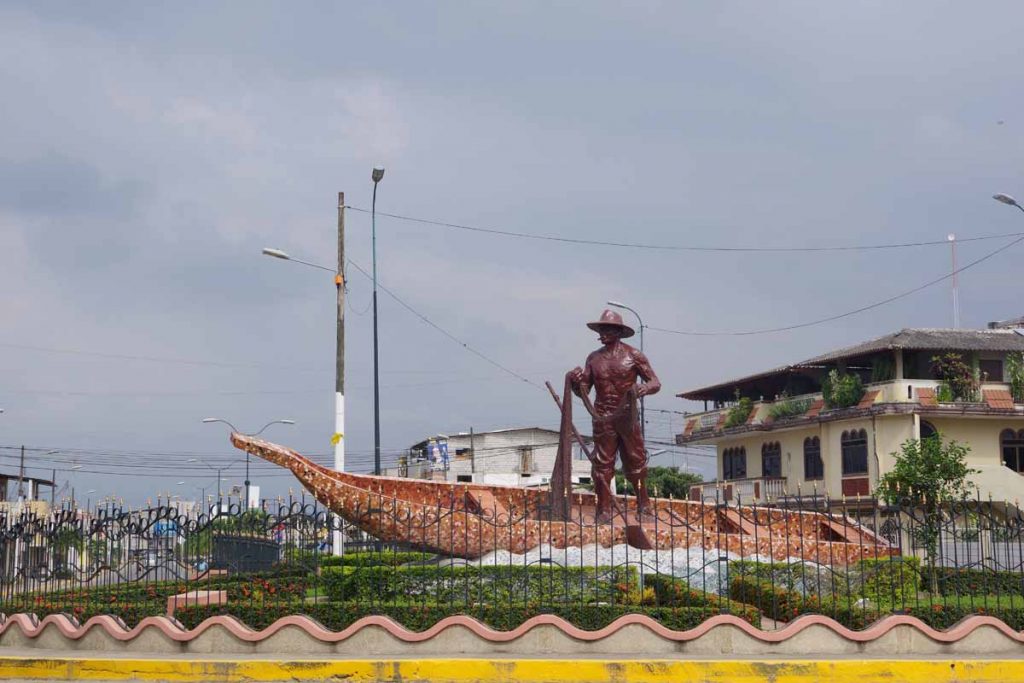 However, that is saved for another day, I cycled into town of Santa Rosa. The monuments already have more to do with the sea. 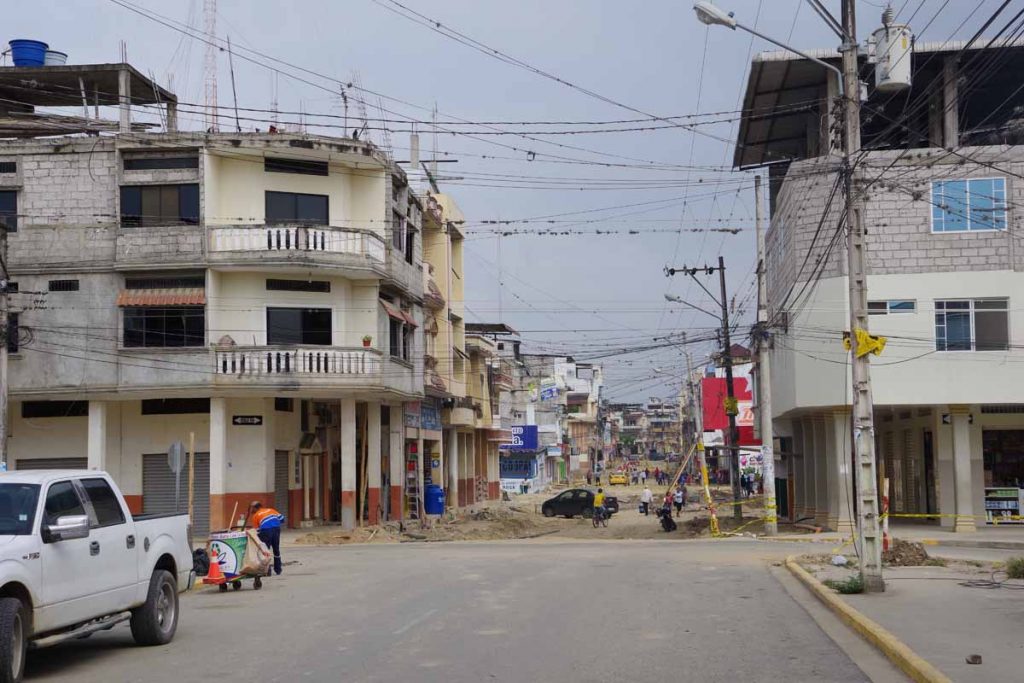 Downtown Santa Rosa streets were town up and town didn’t give best impression. However, found a reasonable hotel in downtown. First one in a while with air conditioning and that was useful this afternoon.