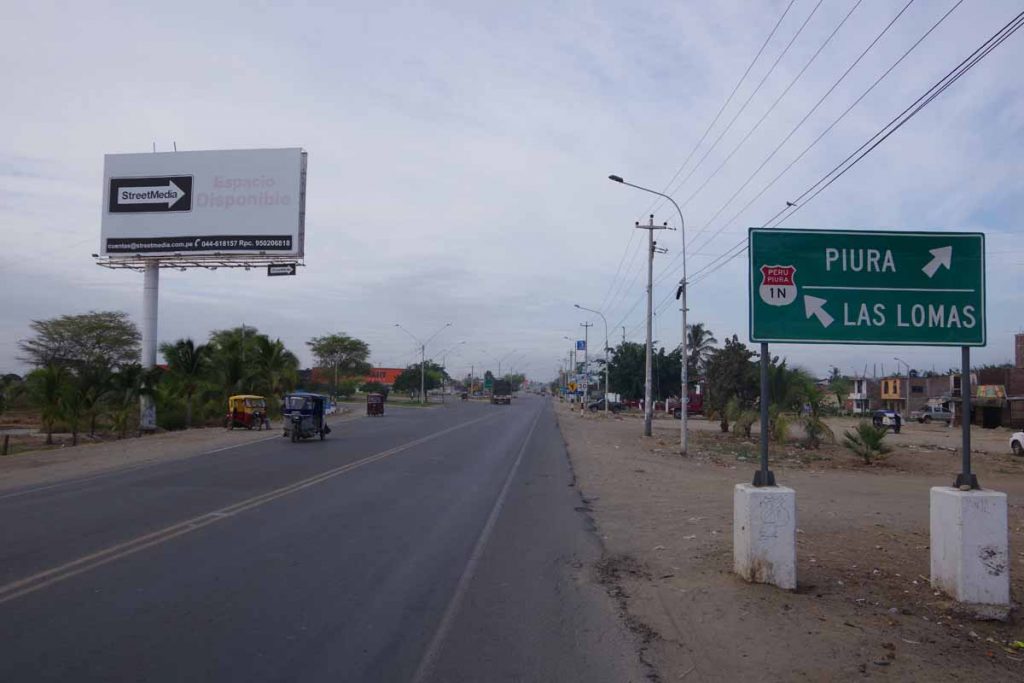 Slept in for an extra hour since I knew the distance wouldn’t be long. Discovered my rear tire had gone flat overnight. There had been a second small hole around the tire boot that I had missed. So fixed that flat and also fixed the flat inner tube from yesterday morning. All in all, left about an hour and half later than normal. The wind did start to blow later in morning, but still not very much. 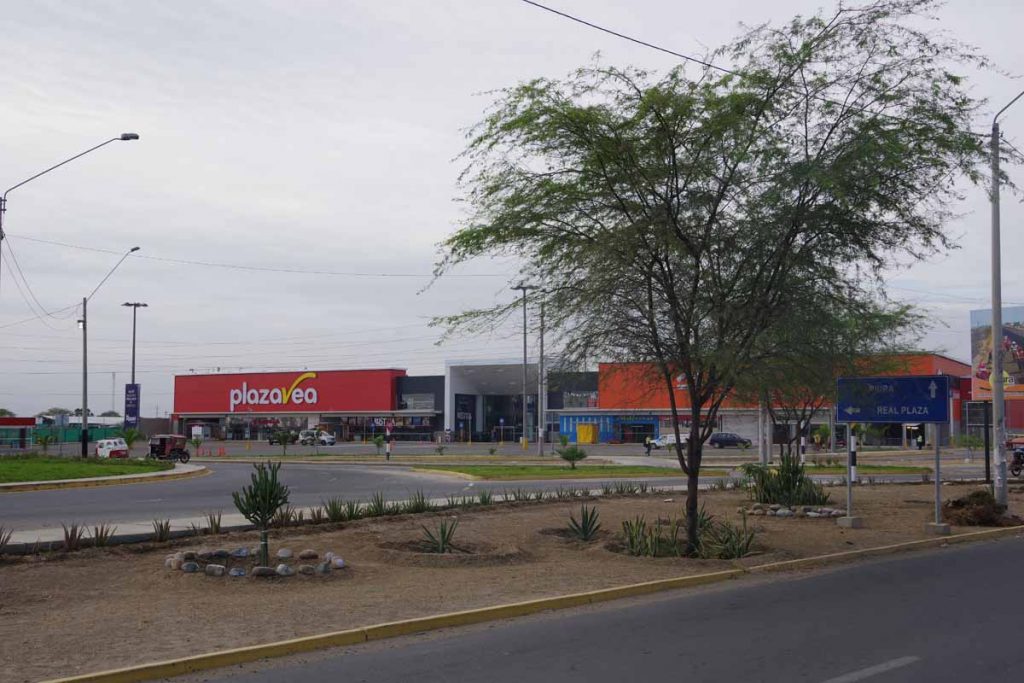 Once I got through town of Sullana, the major road was four lanes. These “Plaza Vea” shops seem similar to a Super Walmart in US, with both groceries as well as general department store items. Each town, I often have to look around to figure out where I might find grocery store and Plaza Vea has been a good bet. 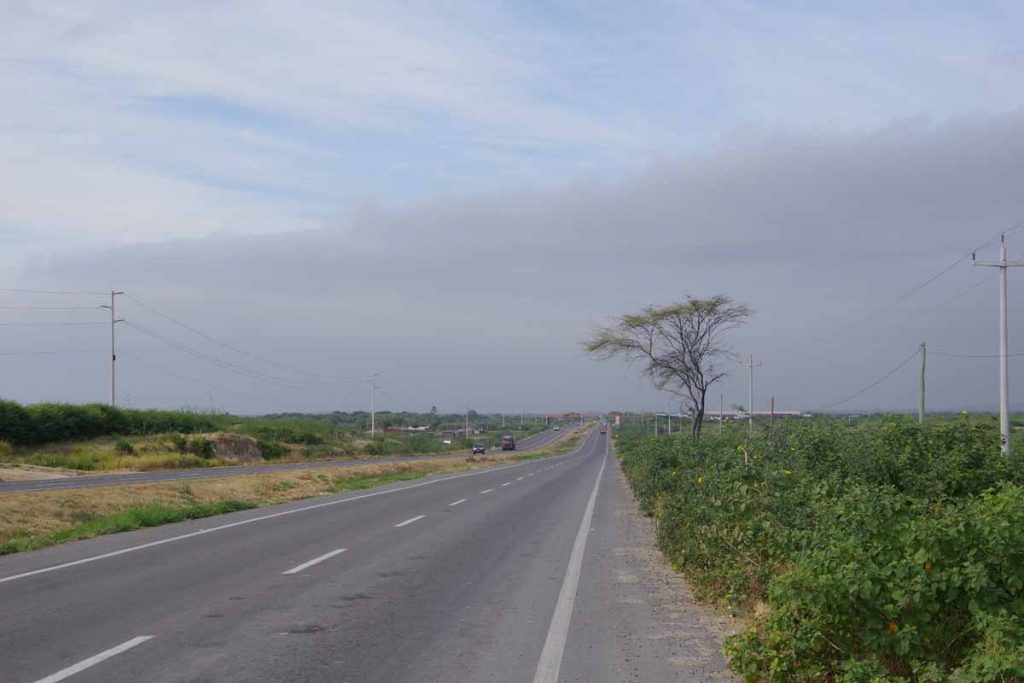 Good example of the four lane road as well as minimal vegetation along the way. Today was also pretty flat. 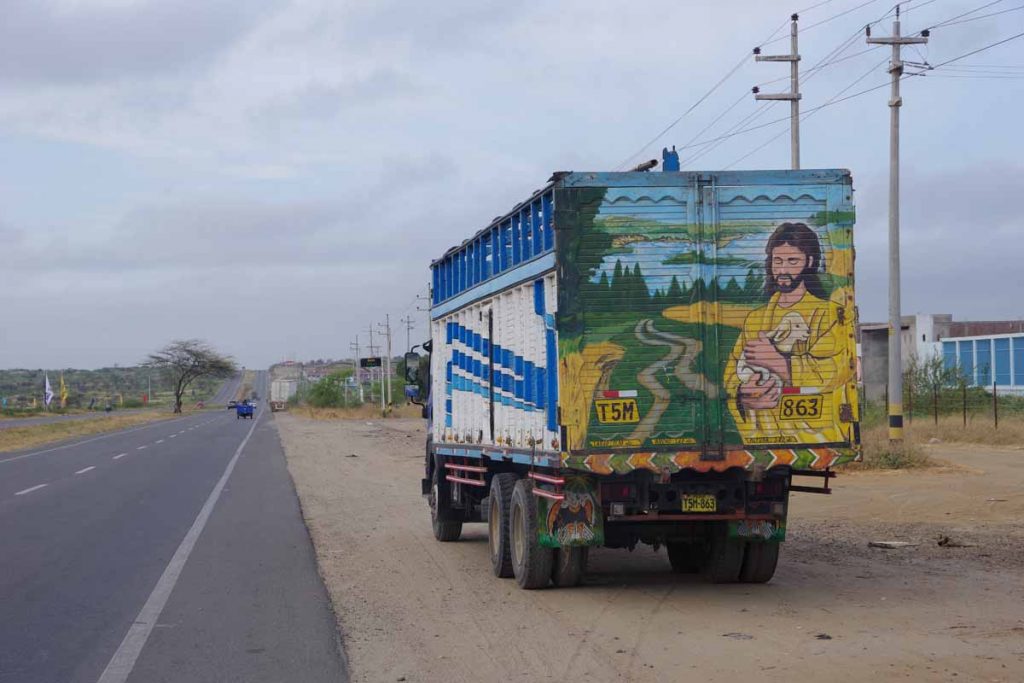 Occasionally these trucks will have mural on back, often a religious version but sometimes other paintings as well. 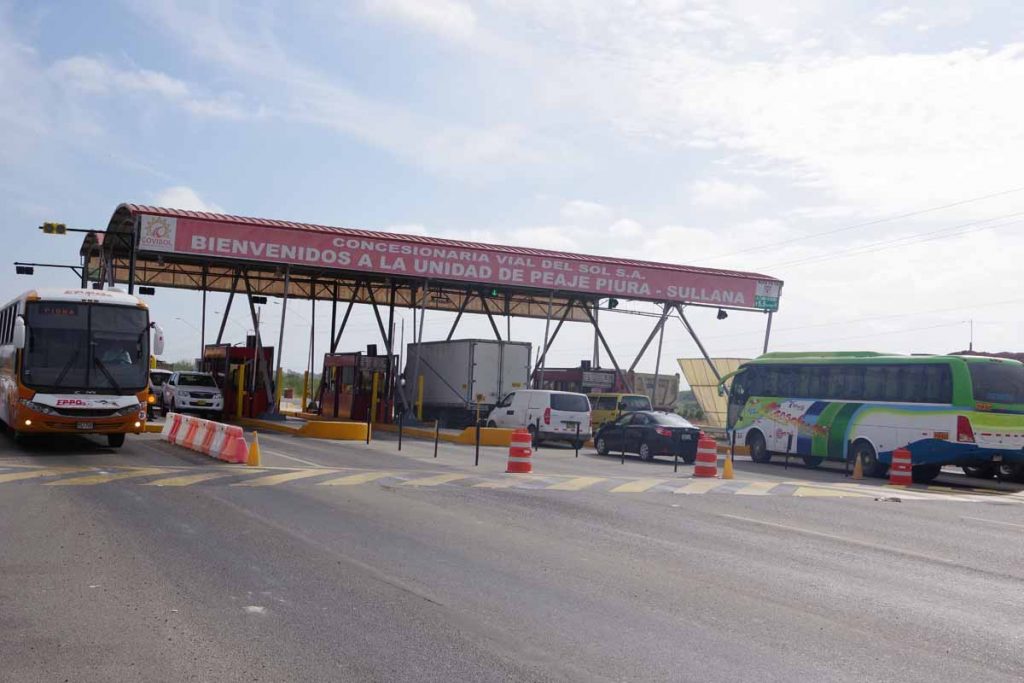 This is the third toll booth I’ve crossed in Peru and the first one that was collecting money. Bicycles and motorcycles are free here and there was small separate lane that I could cycle through. 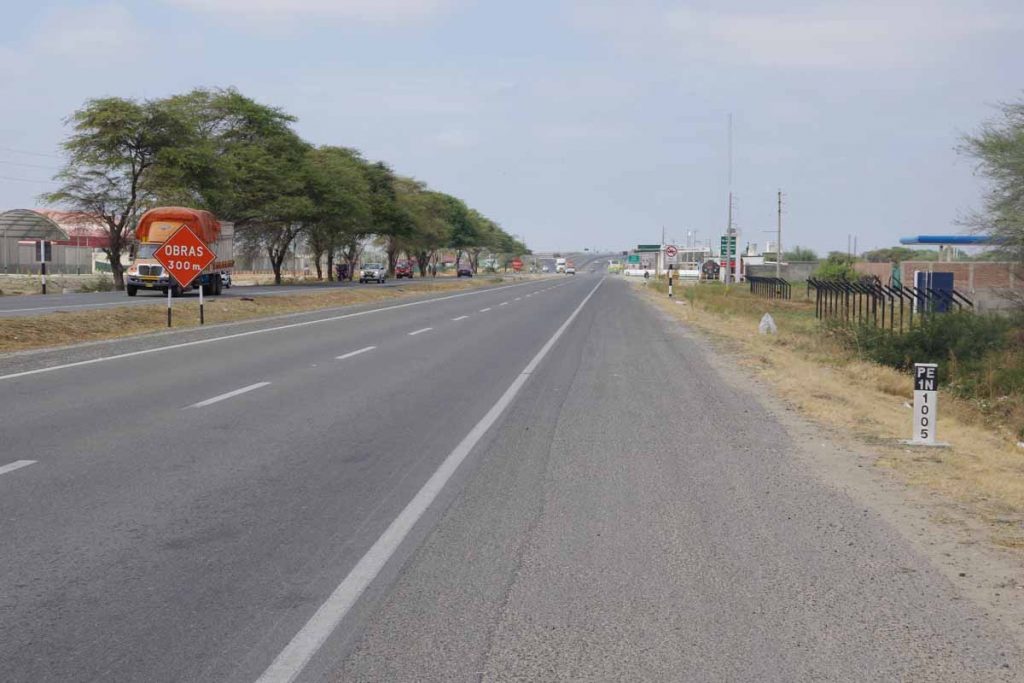 Kilometer post says 1005, which I believe is distance on Pan-American Highway to Lima. 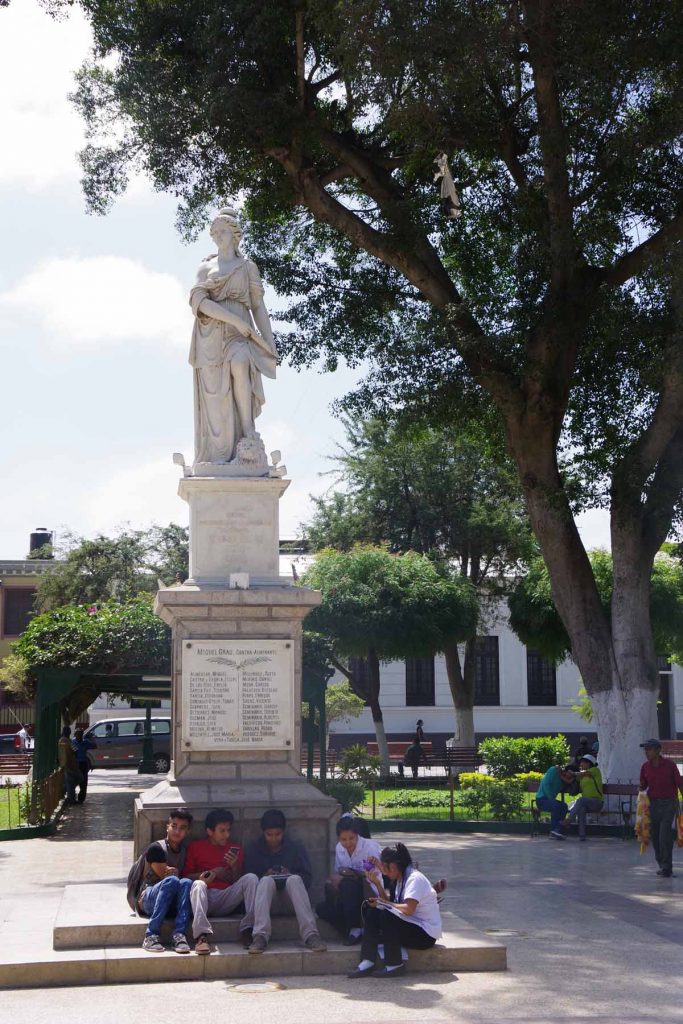 There road into Piura was occasionally rough but traffic was reasonable. Here was statue in main square. I found a hotel not far from here. 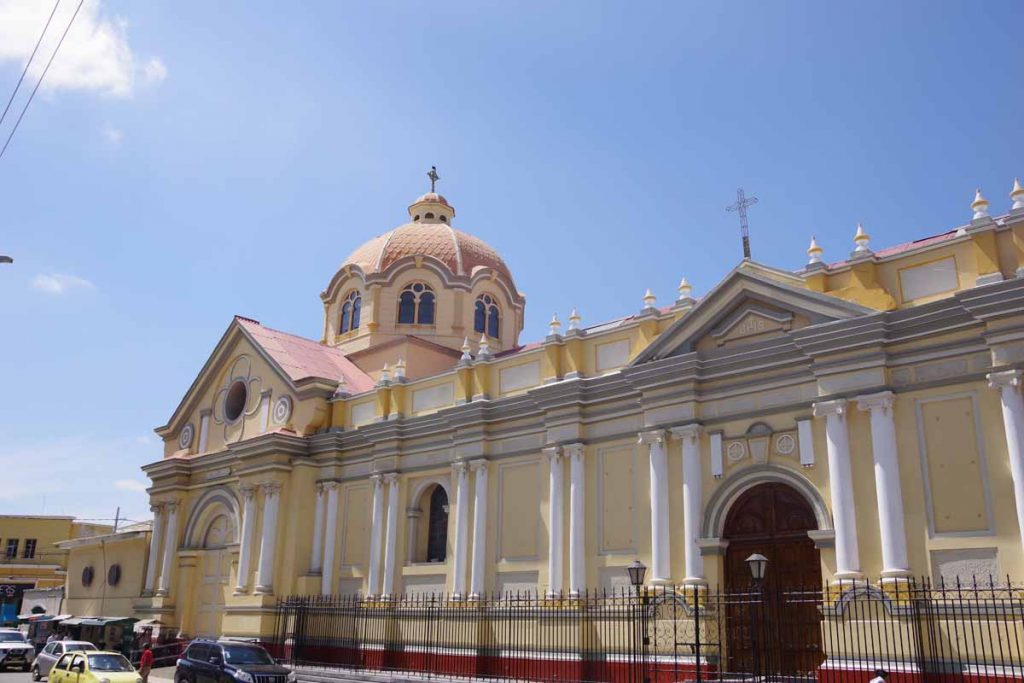 Part of the church in the main square.

South of Piura there is a choice of roads. The new Pan-American Highway goes straight across the desert for ~215km. There is not much of any restaurant, store or anything in the first ~170km of this route and headwinds can pick up. The old Pan-American highway goes further inland and is ~60km longer. It is still sparse but there is an occasional village and even a town with a hostal. Still headwinds and occasionally hot temperatures on this route as well. After reading a number of the journals on these routes, expect I will try the slightly longer route as it had a bit more in terms of villages later on, though do expect to camp somewhere in the desert the first night.