Today I cycled with hitchhikers. Not intentionally of course. However, the hotel last night seemed to be infested with crickets. When I arrived at my hotel this afternoon, one hopped out of my bag when I went to fetch my passport. Another later hopped out of a different pannier. Hopefully fewer crickets here, other than the ones I might have introduced. 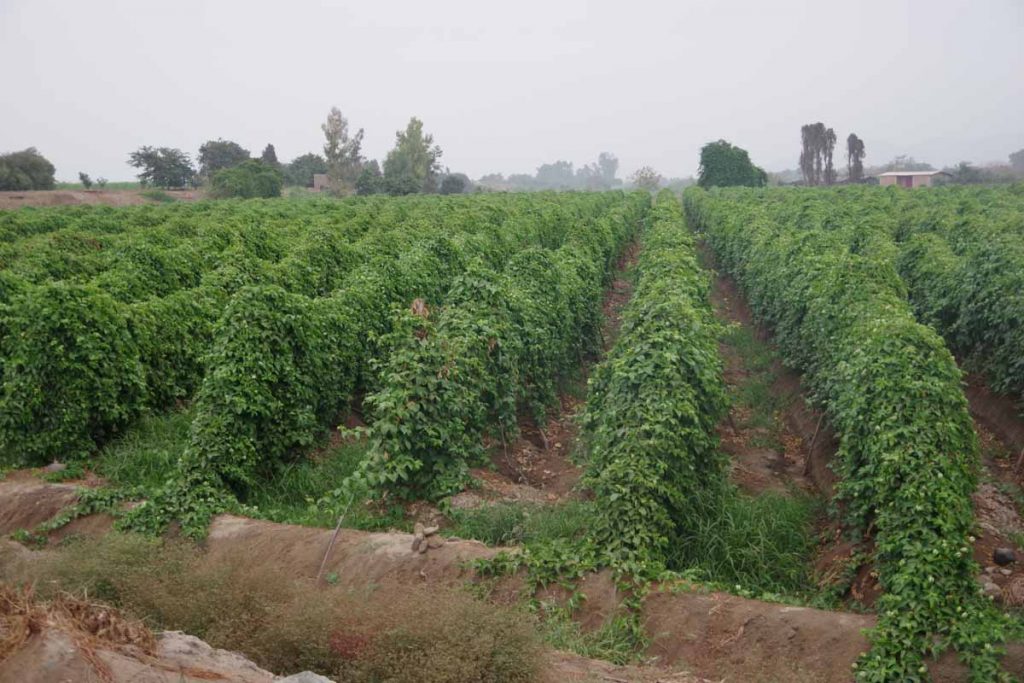 The first five kilometers from Chao were still agricultural fields. Not sure if this is hops or some other crop. 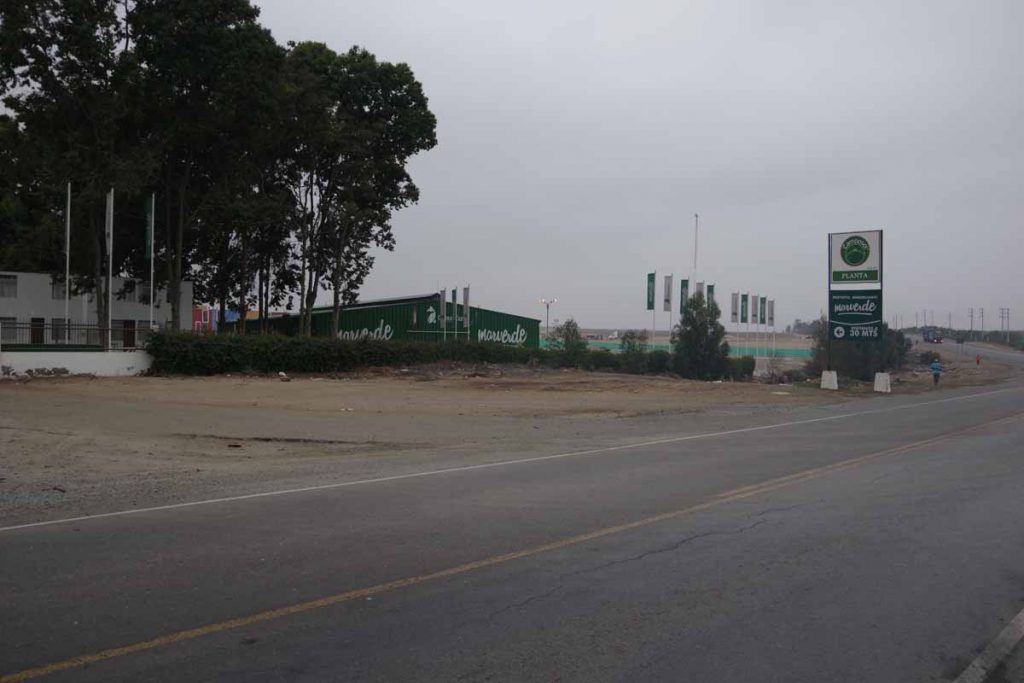 Occasionally I will pass what look like large institutional farms. There are signs warning of trucks, for the produce and buses for the workers. 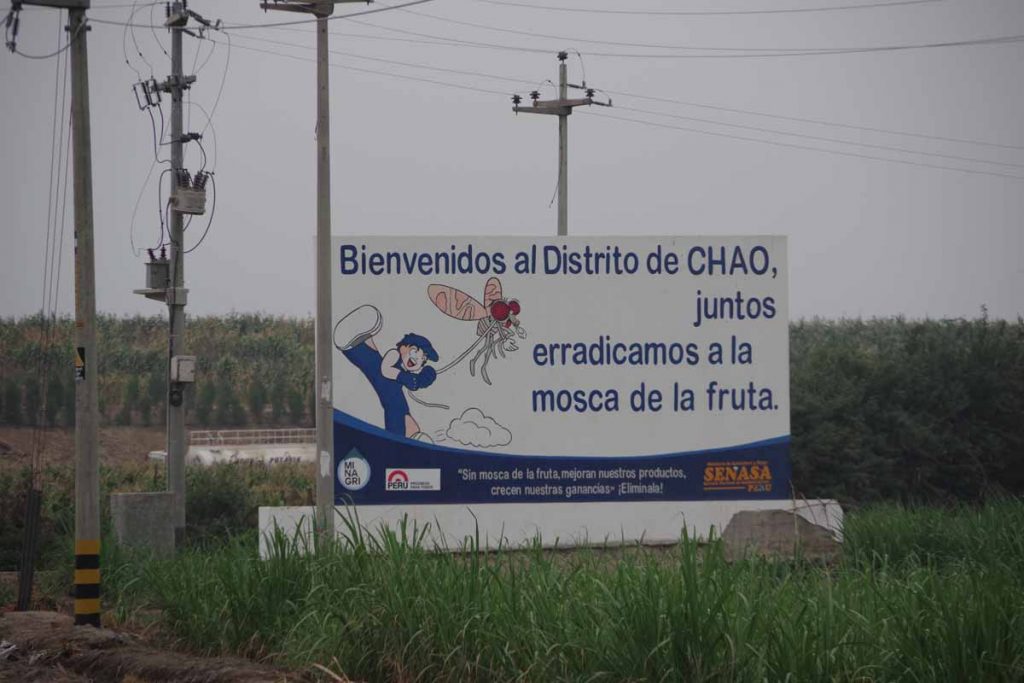 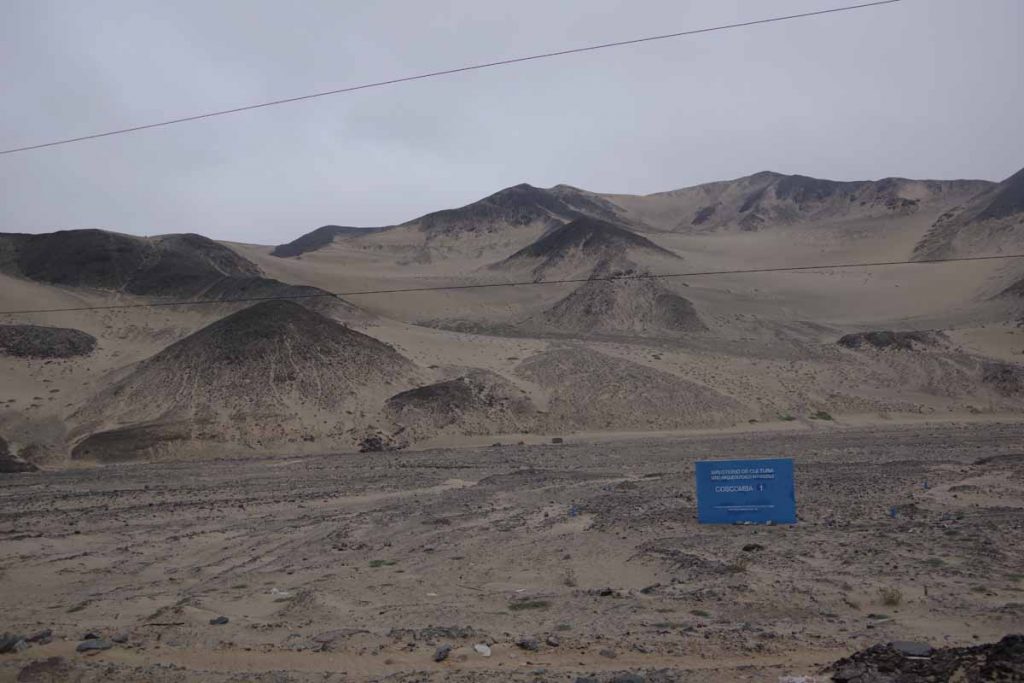 Soon enough I was off to the desert and a gradual 300m (1000ft) climb. These blue signs are used to mark archaeological sites. I’m always surprised when they show up in very harsh looking areas, since I assume those places wouldn’t necessarily been a lot more hospitable in the time past. 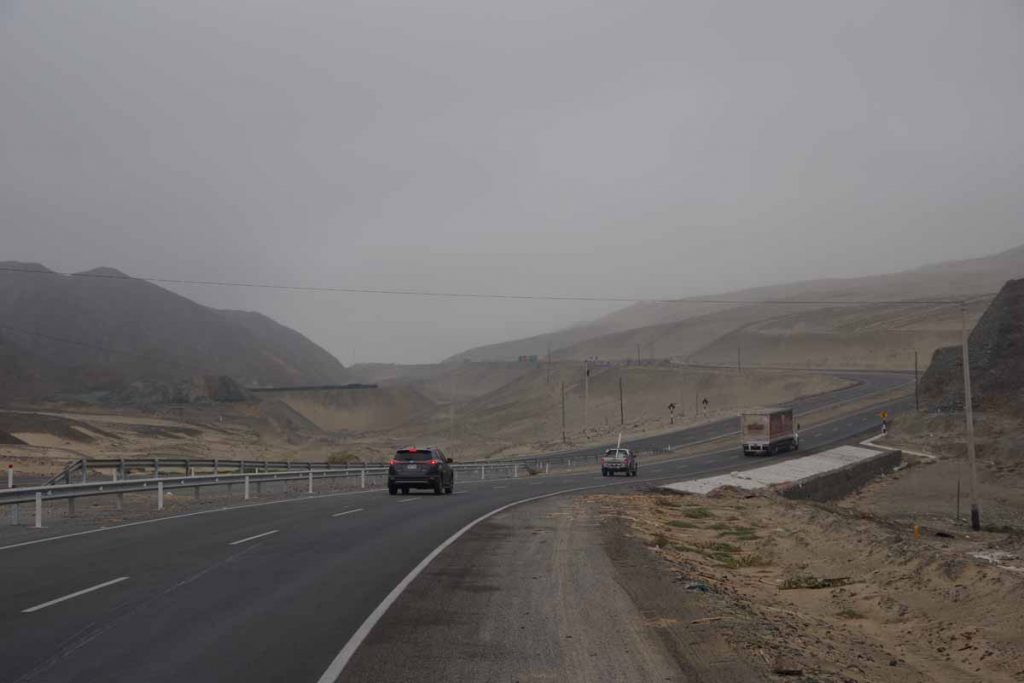 This was last part of the climb to the summit. It stayed around 18C (64F) all day with overcast skies. The Humboldt Current flows north along the coast bringing cool temperatures so this is normal for this area. I am only at 9 degrees south latitude, but surprising contrast with the much hotter temperatures along the coast at 9 degrees north latitude in Costa Rica and Panama. 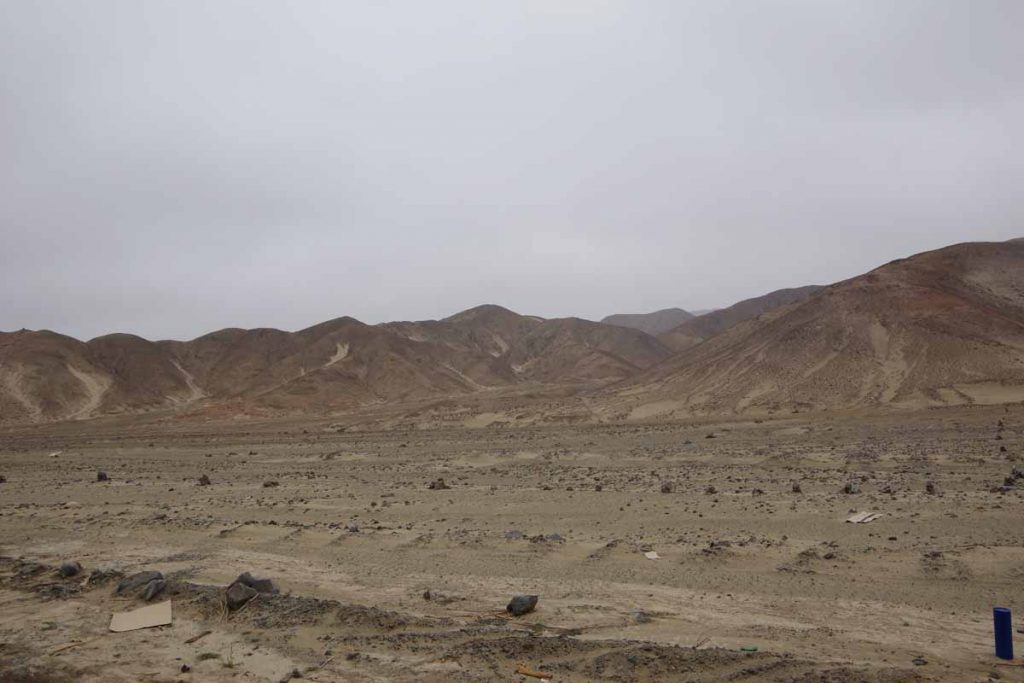 Coming down the other side, completely dry region. After this point, the wind picked up some so had a headwind the last half of the ride. 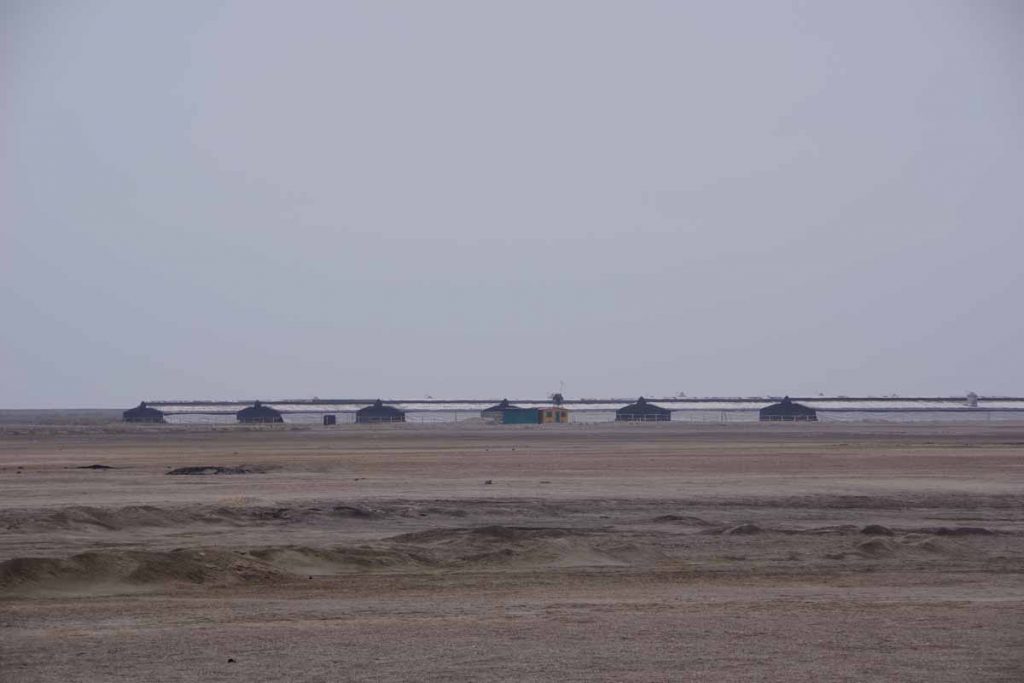 Down in the flats there were these greenhouses off in the distance. 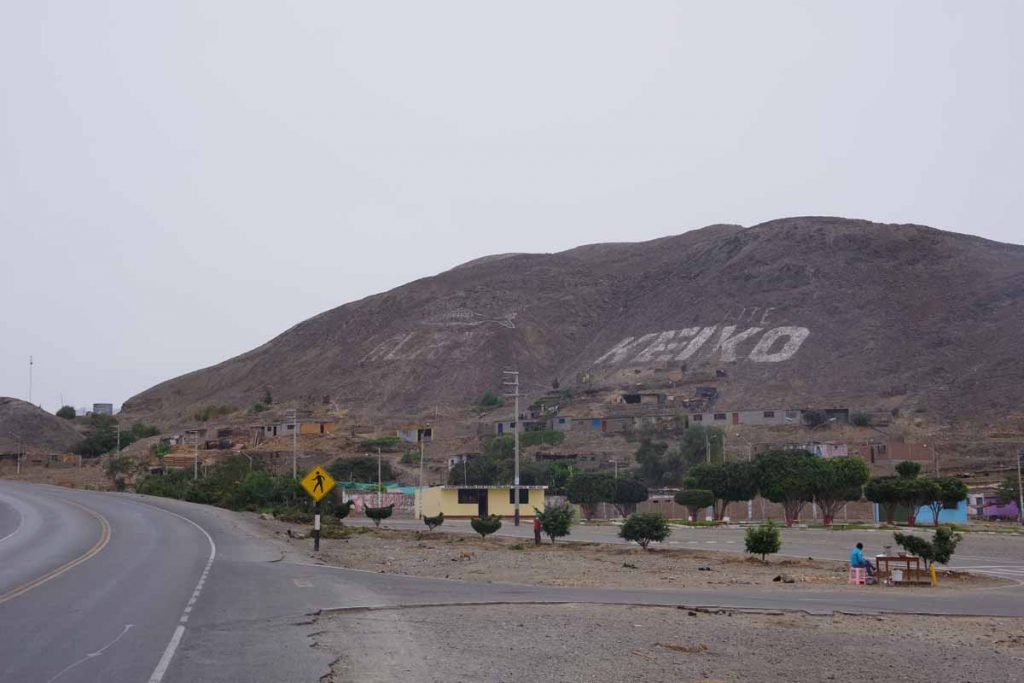 Eventually crossed and came to some small towns again. I believe “Keiko” refers to Keiko Fujimori who is daughter of former Peruvian President Alberto Fujimori. She ran for President herself in 2011 and 2016 and lost in close runoff both times. The Keiko signs still are there including on hillside above this town. 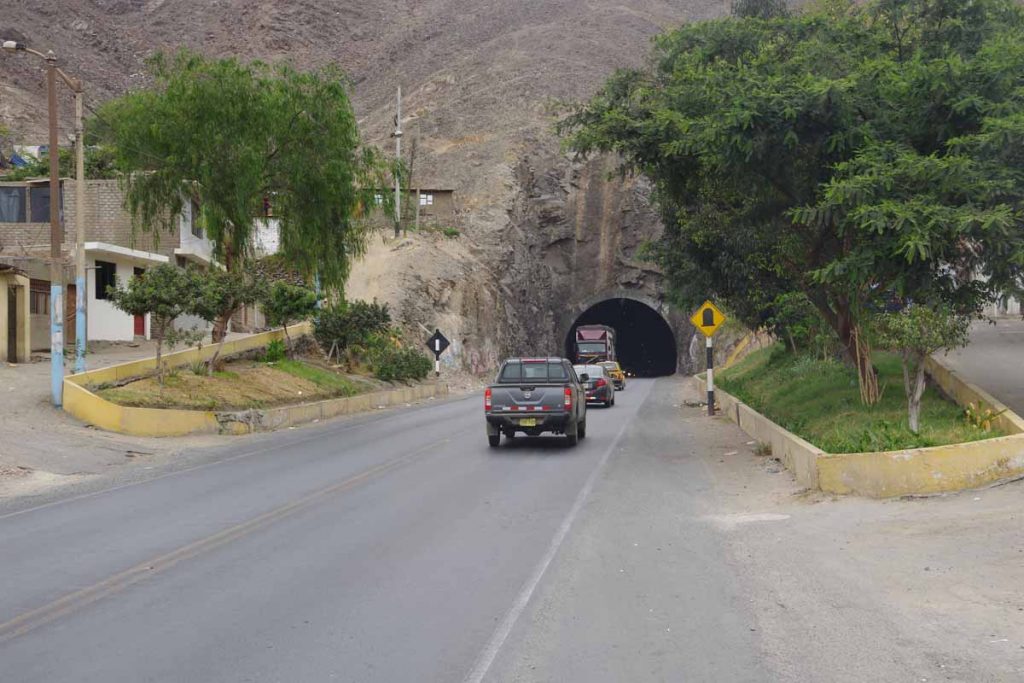 As I wound myself around the hill, I was trying to figure how the road got around the hill. Eventually answer appeared, it went underneath instead. This tunnel had dim lights but still not the most pleasant riding. 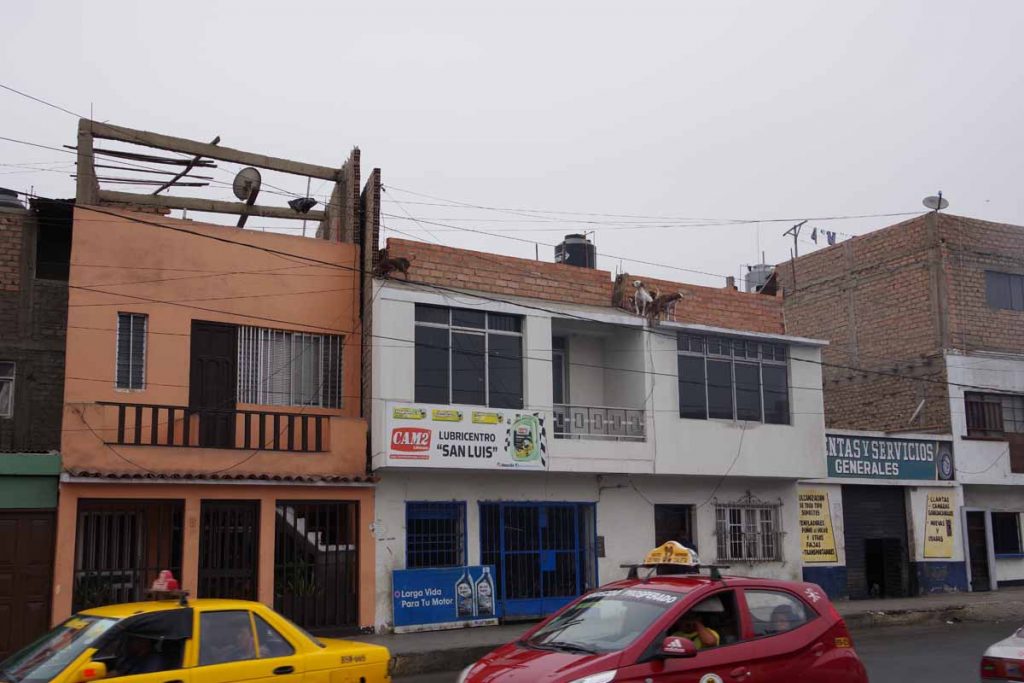 After this came into outskirts of Chimbote. Not sure why those dogs are up on the roof but they were there and barking up a storm. 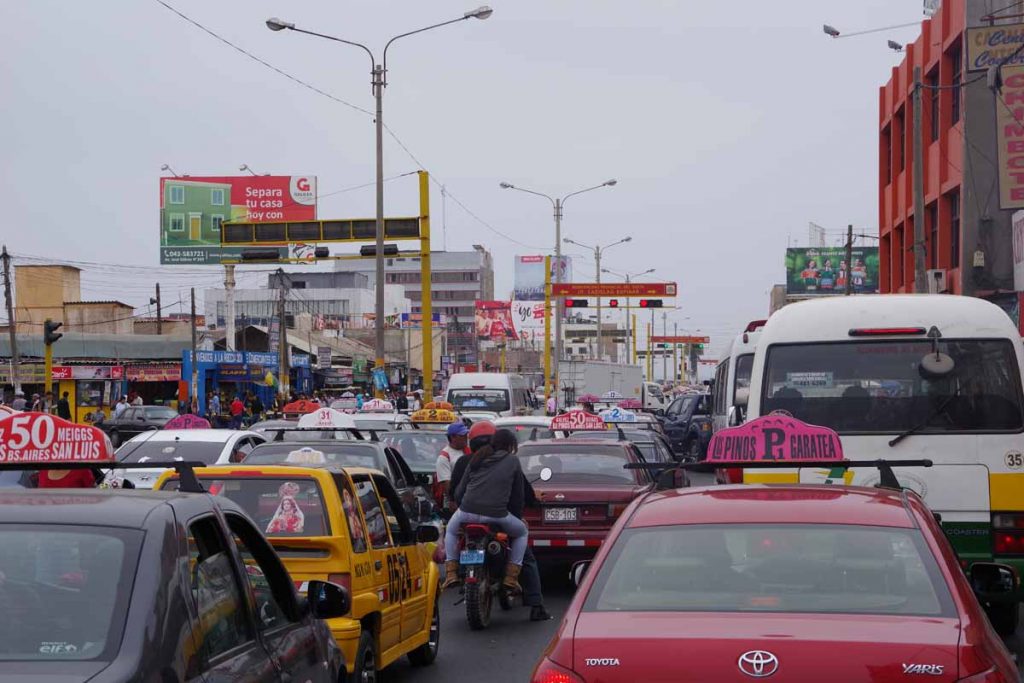 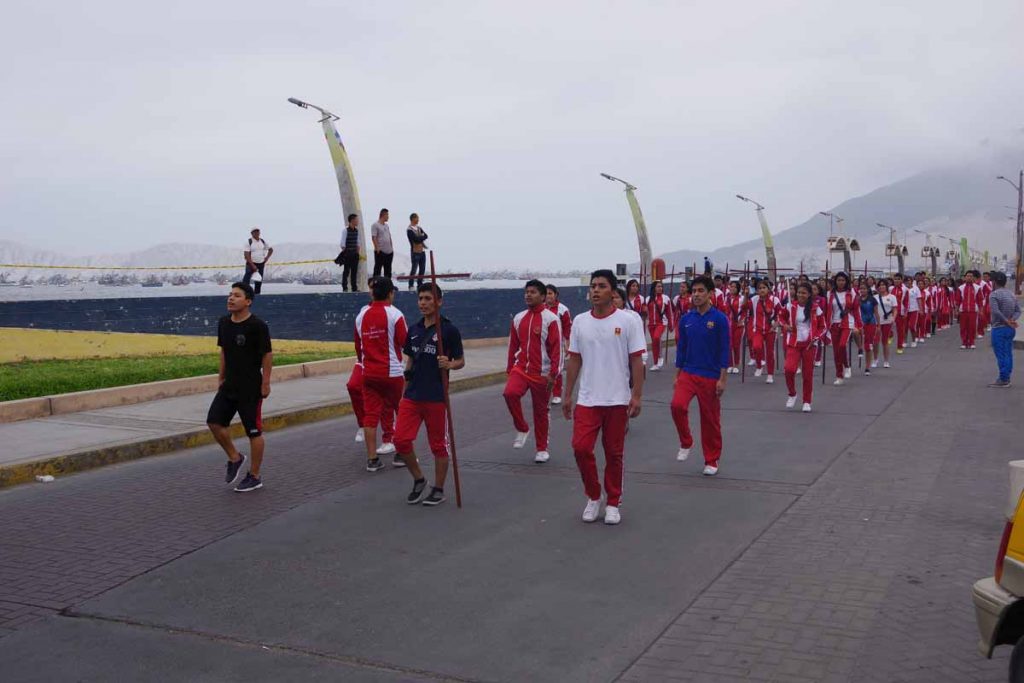 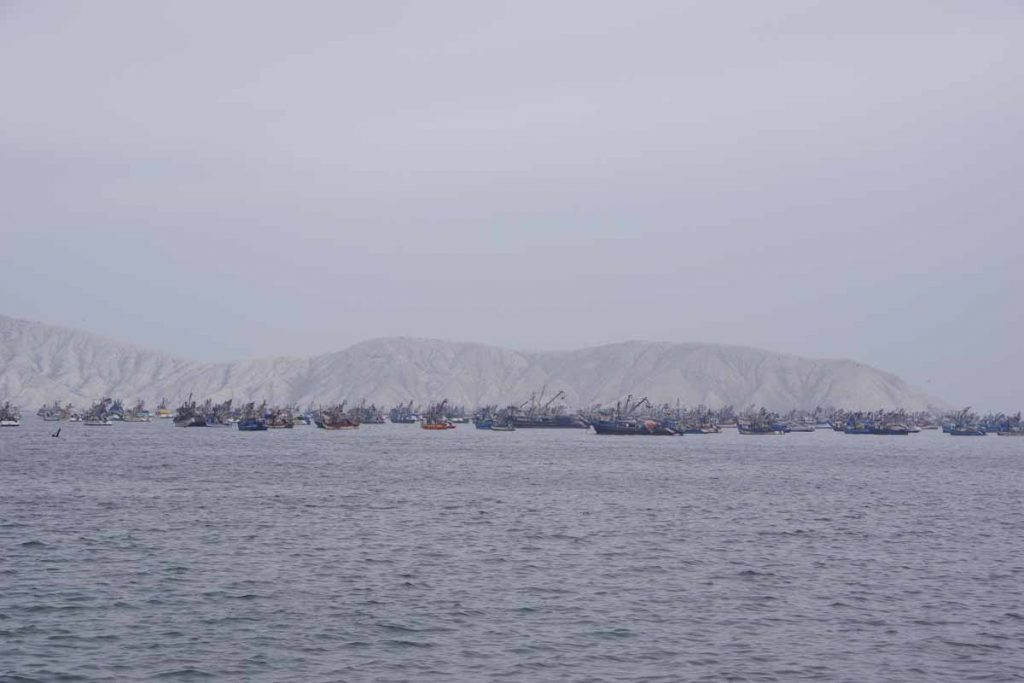 Boats out on the harbor.

Chimbote is larger town right on the ocean. Nice spot right downtown. Hope I didn’t bring too many crickets here.