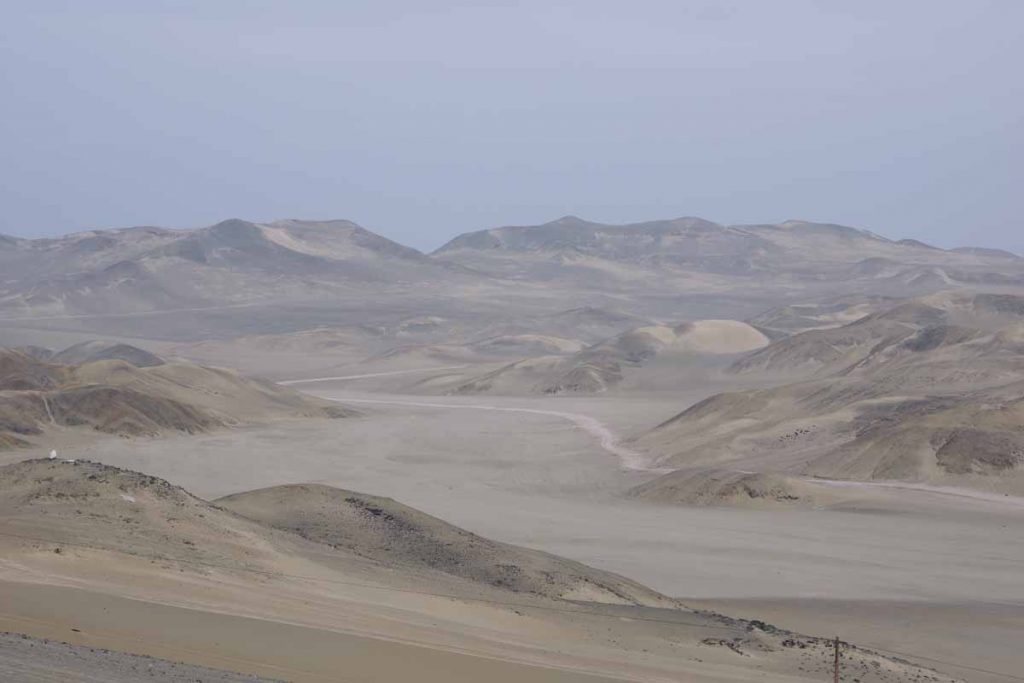 Above is a photo from today. Notice anything missing, for example any plants?

This area is extremely dry. Annual precipitation in Chimbote is 11.9 millimeters or less than half an inch.

This page describing Chimbote does have helpful warning, “May is the wettest month. This month should be avoided if you don’t like too much rain.” Wikipedia has a different month as wettest month, but still only 3.7mm or 1/7th of an inch of rain for an entire month, so not sure the warning makes much sense. 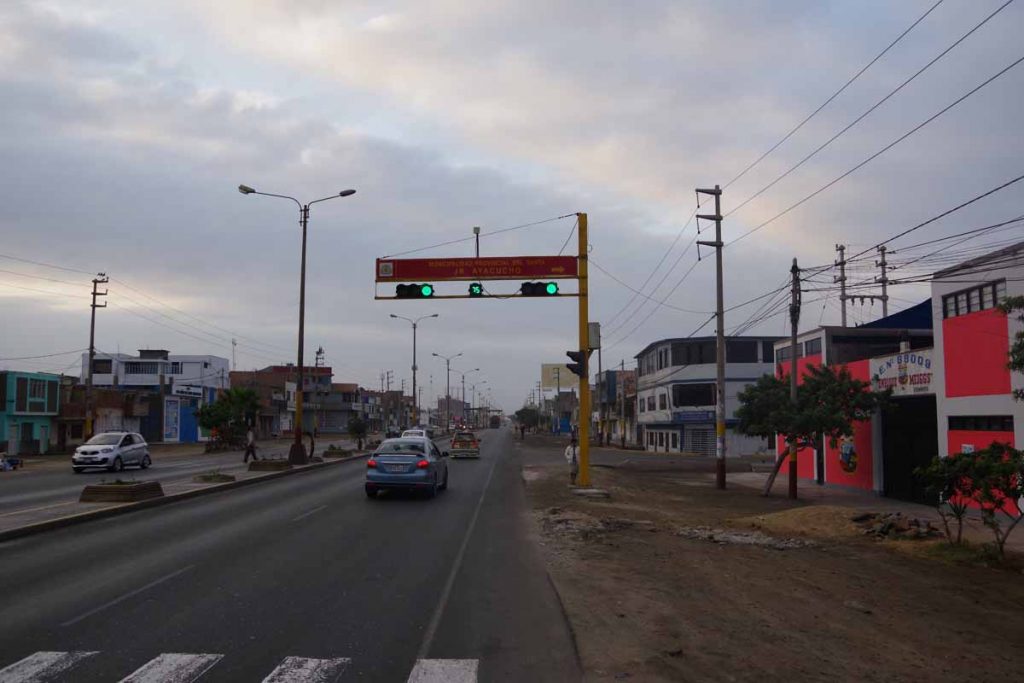 The first eight kilometers looked a bit like this as I passed some sprawled out parts of town. It was early Sunday morning so not much traffic on the road. 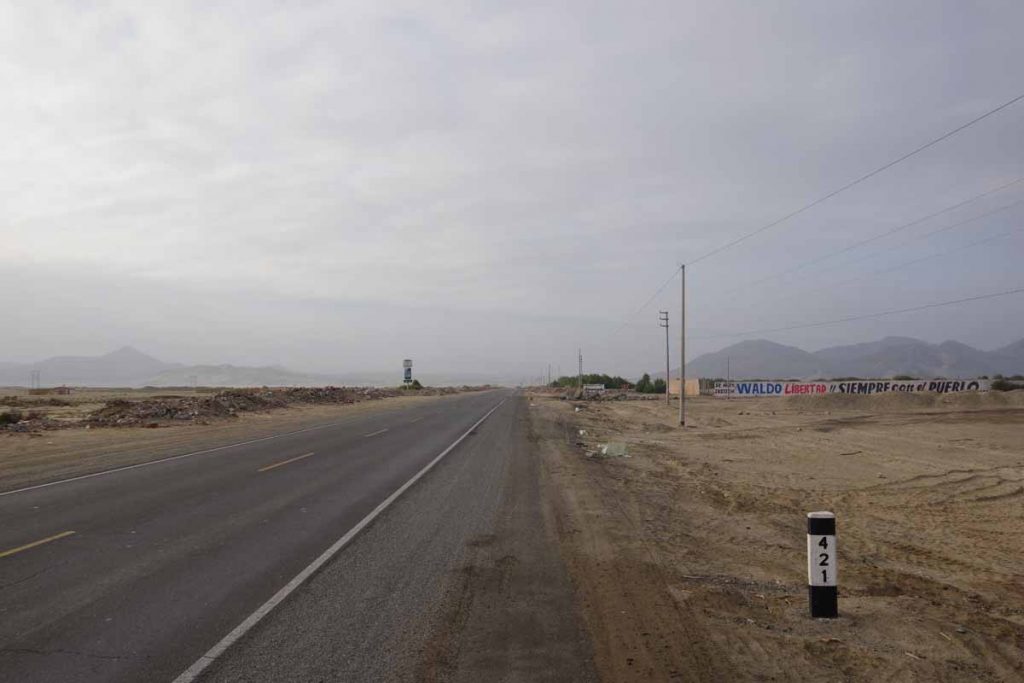 After leaving the city as well as irrigated areas, it was quickly desert areas again. 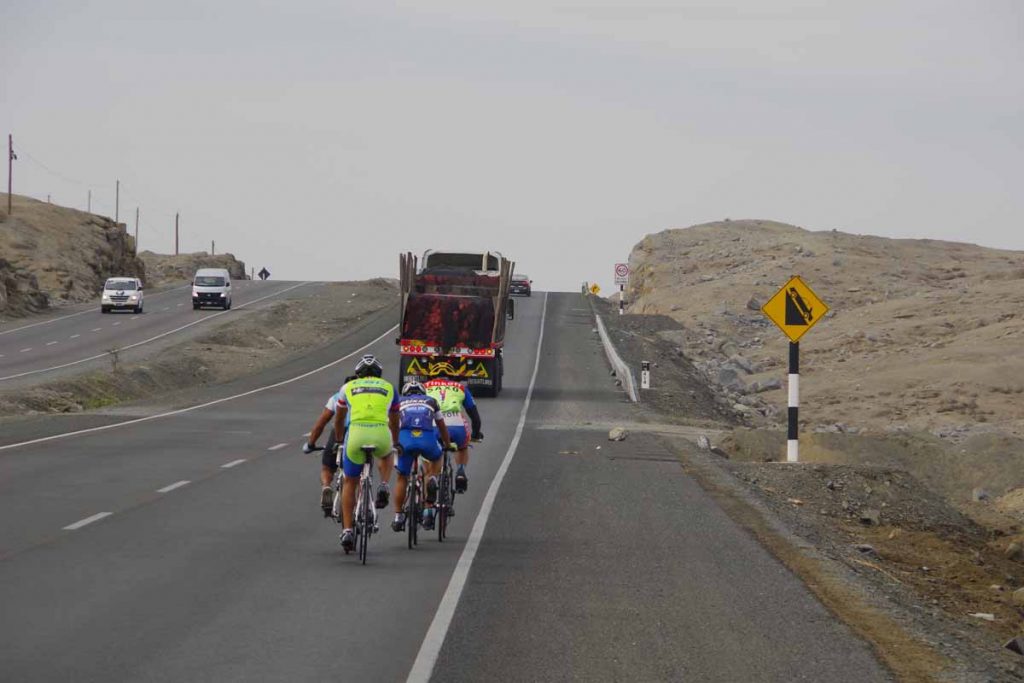 It was Sunday morning and these cyclists came past. I had several others and eventually an entire group coming back. Despite the sign, it wasn’t quite that steep, though there were a few hills to climb over that topped out at 6-7% grades. 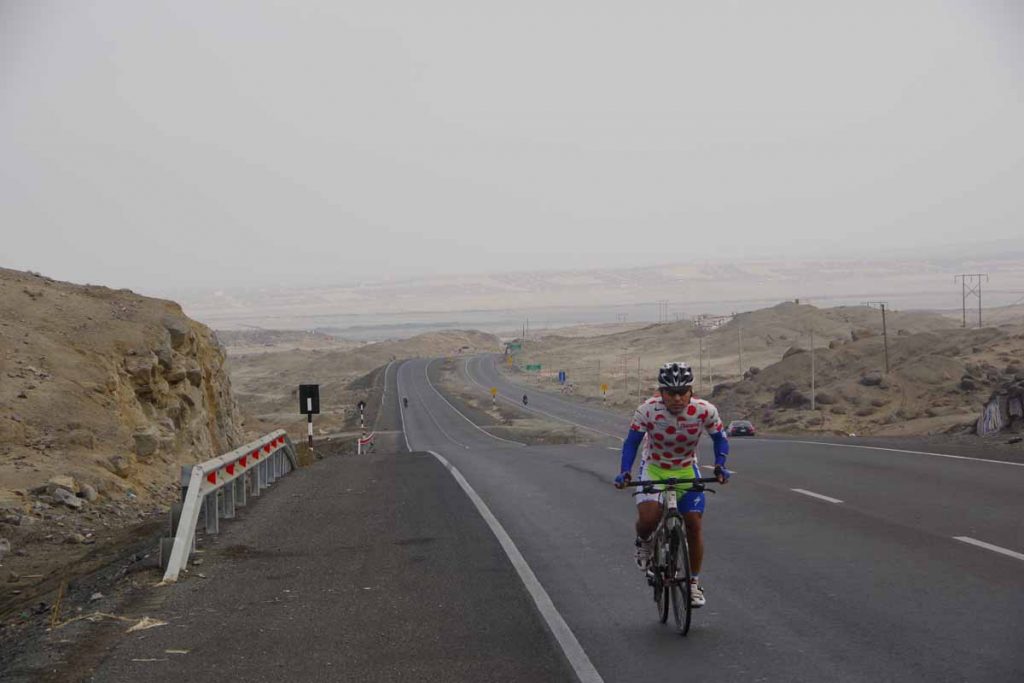 One of the cyclists coming past me and looking back down the hill towards Chimbote. 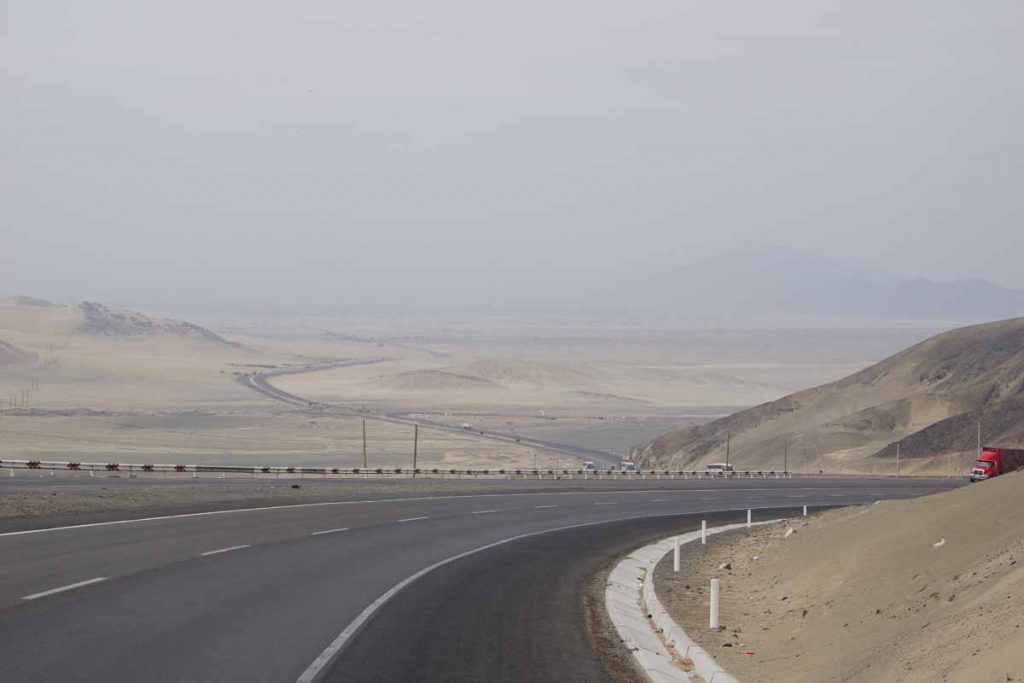 Some nice views as I came down along the other side of the hill. 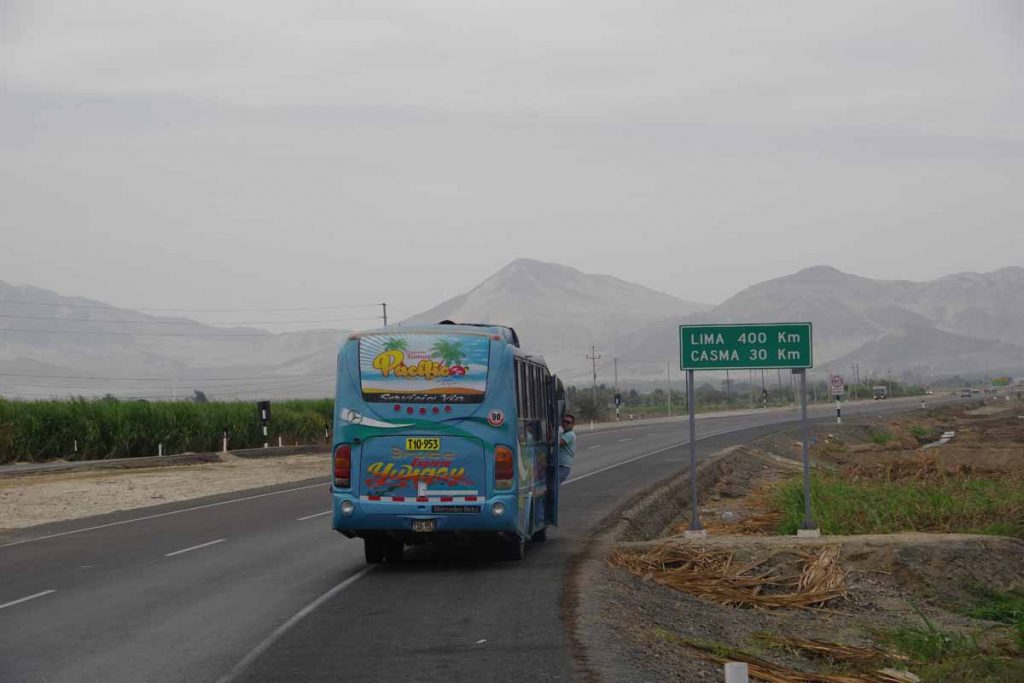 Slowly getting a bit closer to Lima. Not sure who these bus passengers are, but the buses seem to stop in these very out of the way little places. 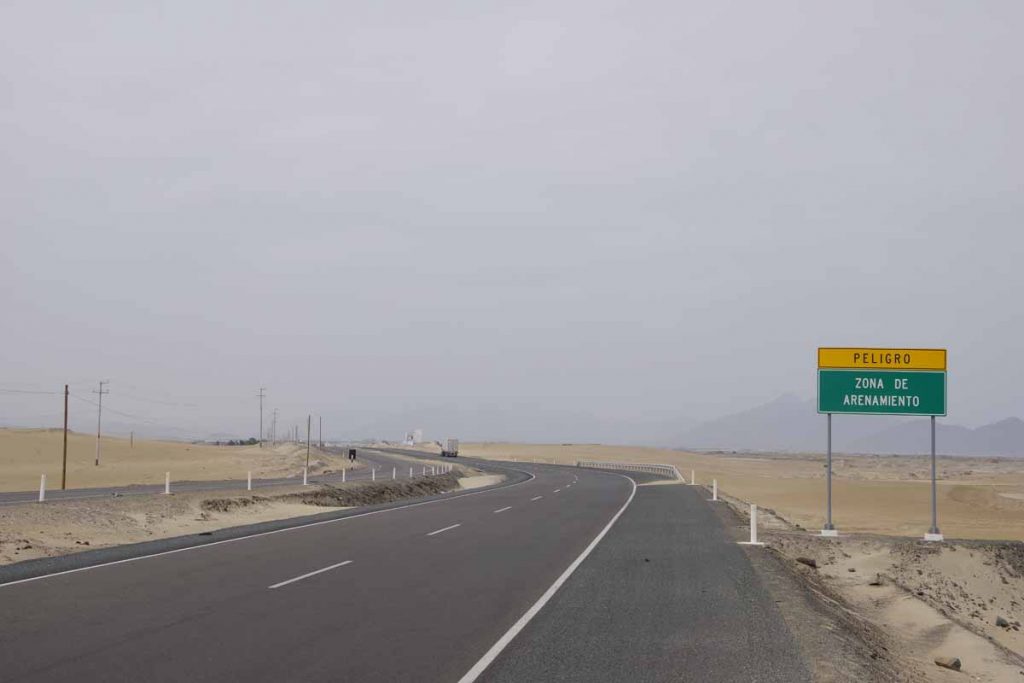 I had to get out my dictionary for this one, but best I can figure it was warning about blowing sand areas. 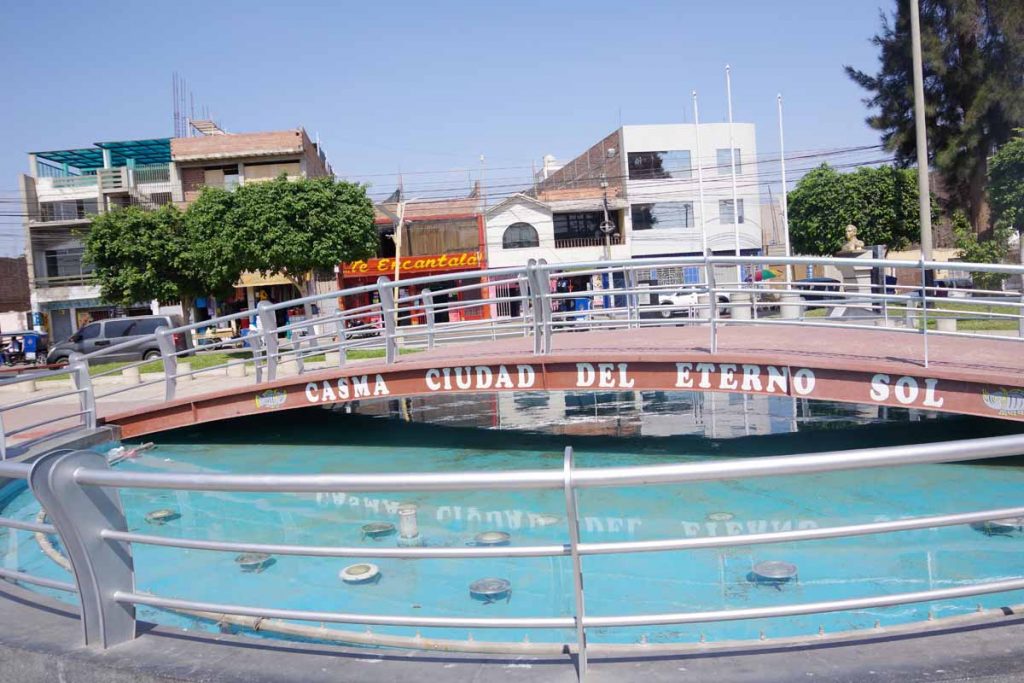 Not a very long ride brought me to town of Casma. As shown in town park, bills itself as city of eternal sun. Appropriately the clouds lifted after I was in town and we had some sun. 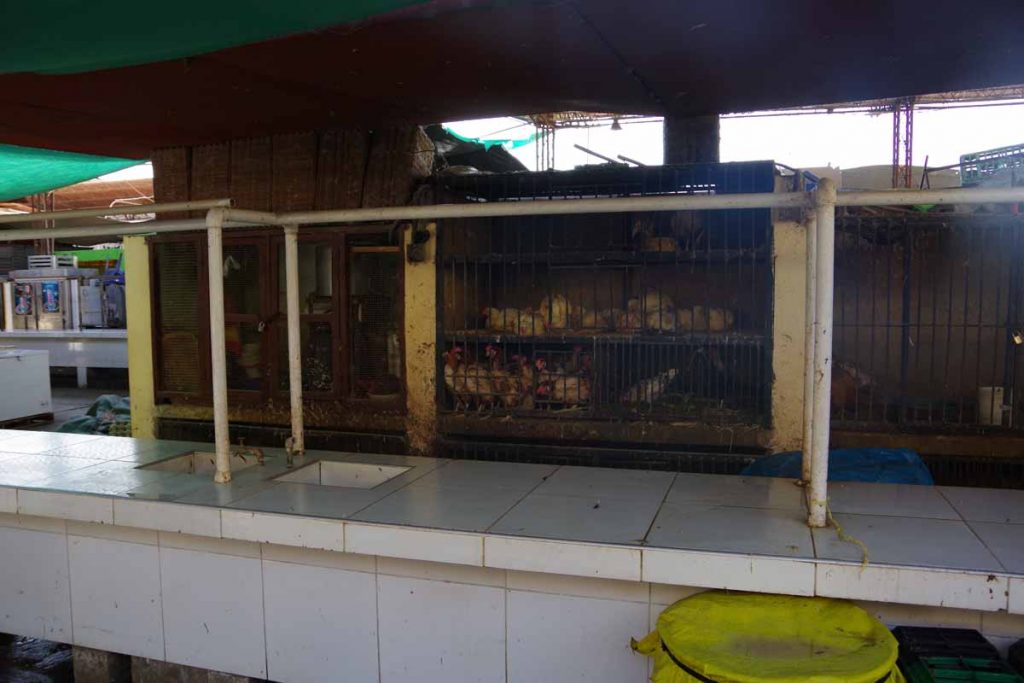 You know the chickens are fresh when they are in cages next to the market. 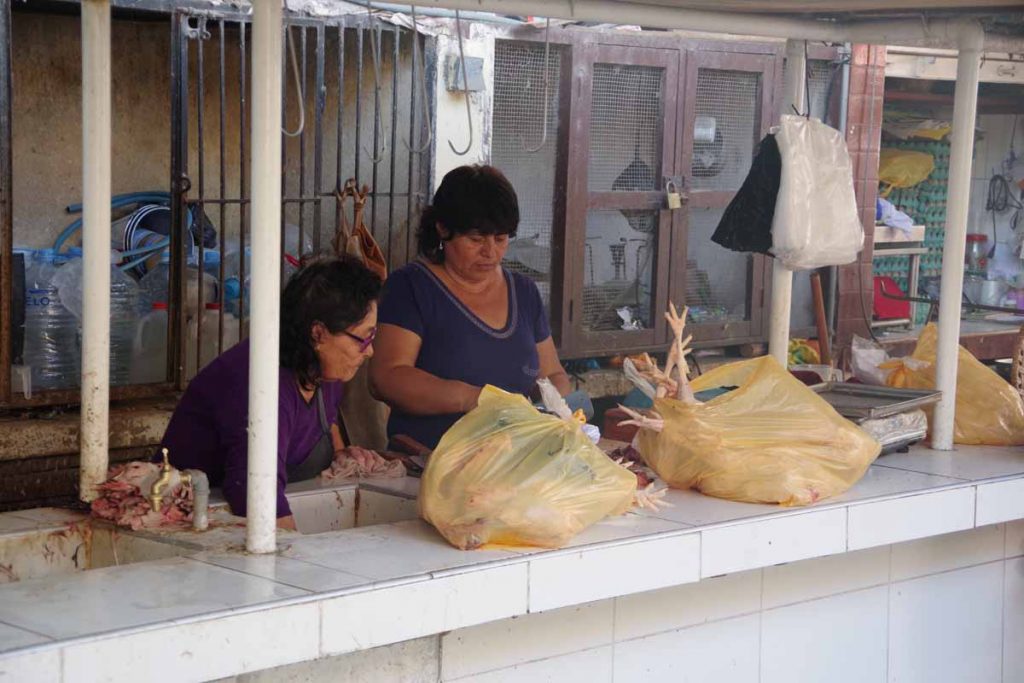 Overall a nice relaxing rest day yesterday and not real tough ride today. From here expect a few slightly longer days as I continue to inch along the coastal desert in Peru.