Today I cycled into the middle of a city of nine million inhabitants (7th largest in the Americas, and largest I cross on this trip). It wasn’t always pleasant riding, though as cities go, I would rate it as #5 in difficulty as compared with: 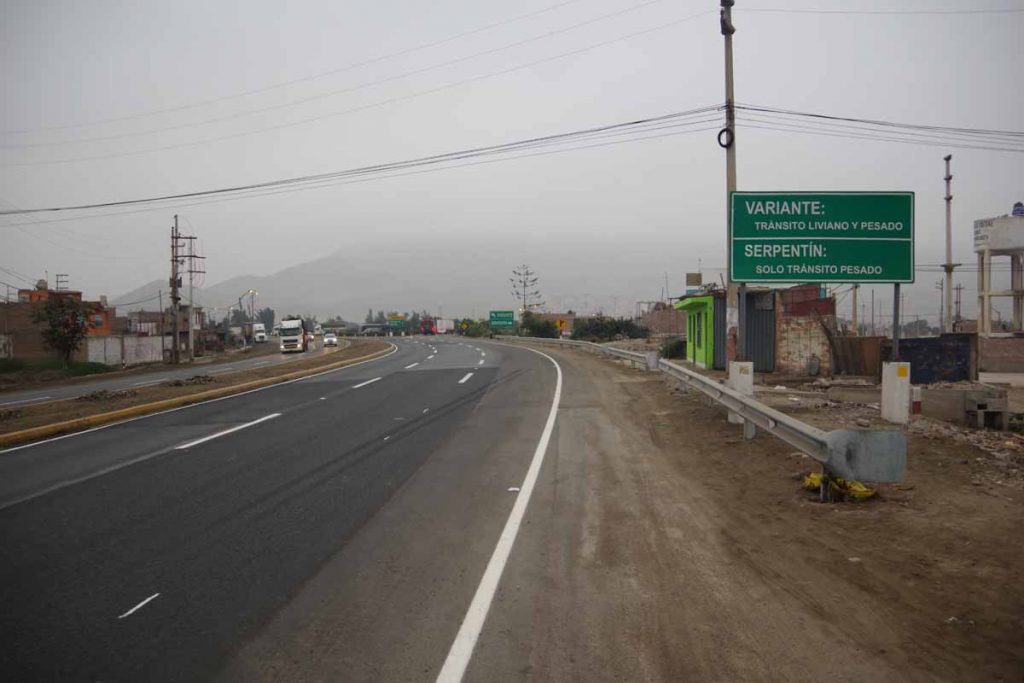 At this point, the road split and there was a choice. Heavy traffic, e.g. trucks and buses, were directed to the right and light traffic, e.g. automobiles and everything else was directed to the left. From other blogs I had read, more than half of the cyclists took the Serpentin option to the right. The other route climbs up over a 400-meter high hill. So, I did the same and followed the Serpentin road. 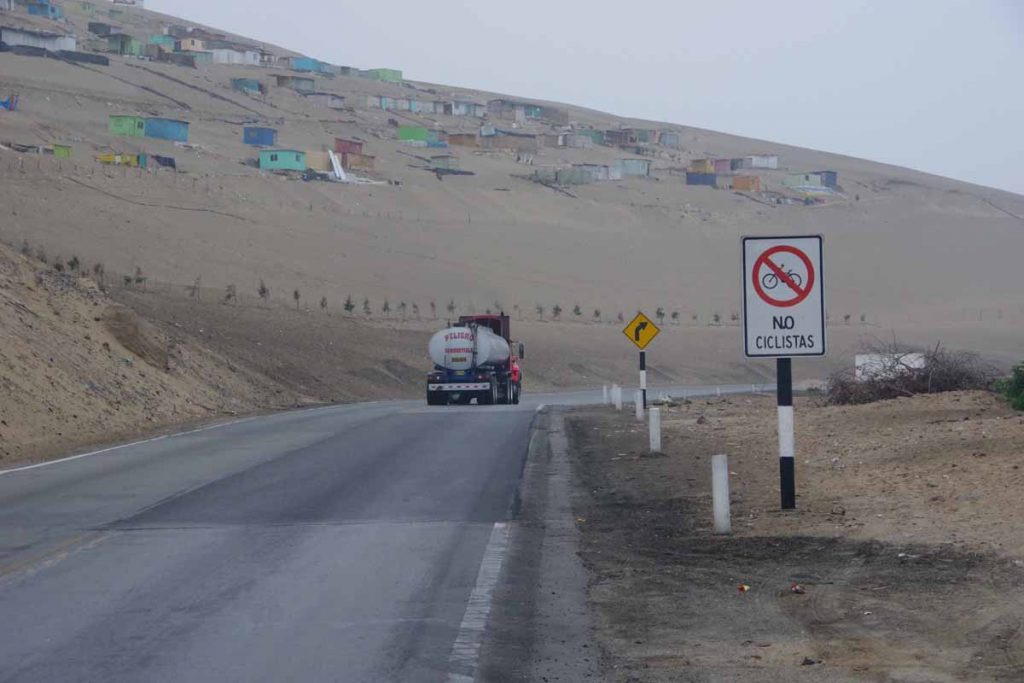 There were signs for no motorcycles as well as this one for no bicycles. Others had gotten through without issues and so I ignored the sign as well. Not much further I came past the first of two police cars parked on side of the road. I cycled past as if I knew what I was doing and nobody said anything. Sorry, no photo on that one. 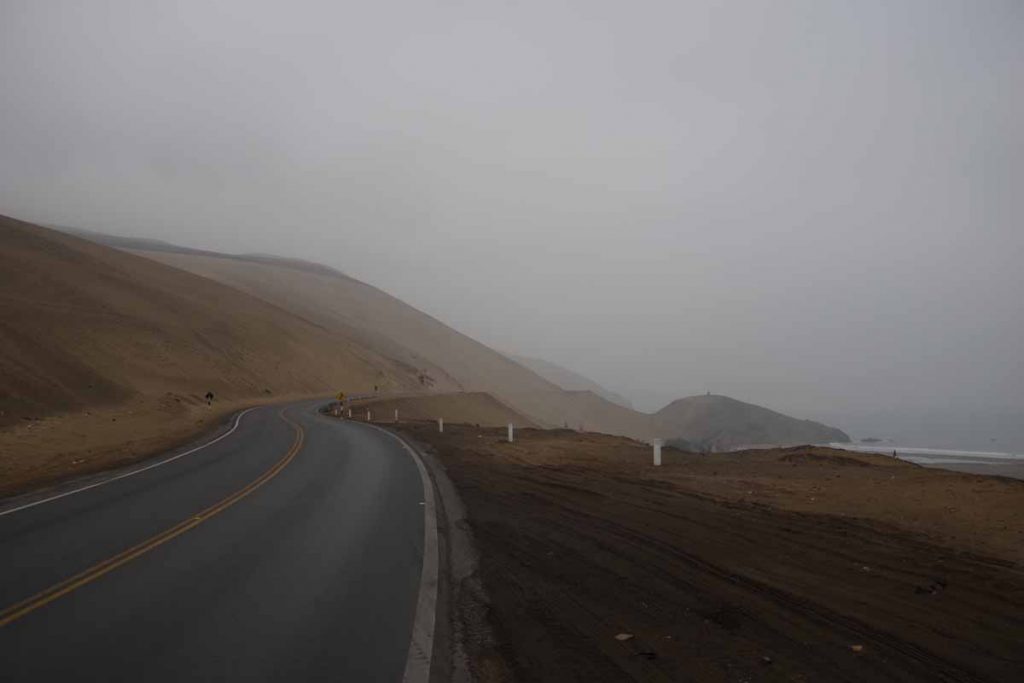 Serpentin road is carved out of the side of the mountain. No shoulder, but trucks all gave me plenty of room. It was a fun ride. 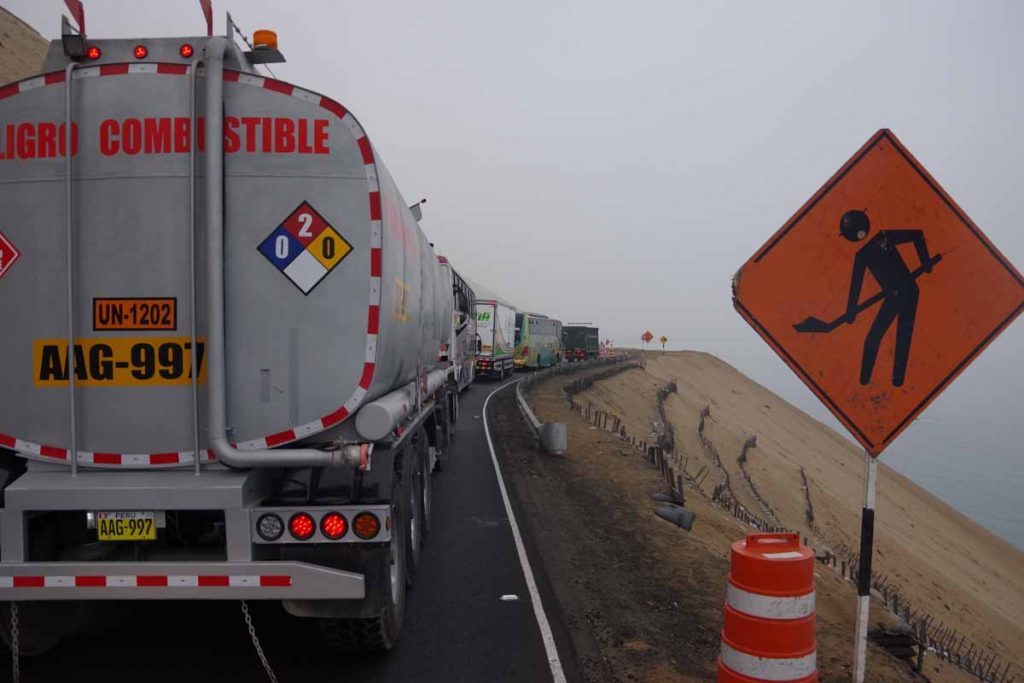 There was a section of road construction where I had to wait and go in one lane as well as a section thereafter where I cycled in a closed lane for a bit. The steepest winding sections were fifteen kilometers long and overall I was back at the Pan American Highway at 29 kilometers. 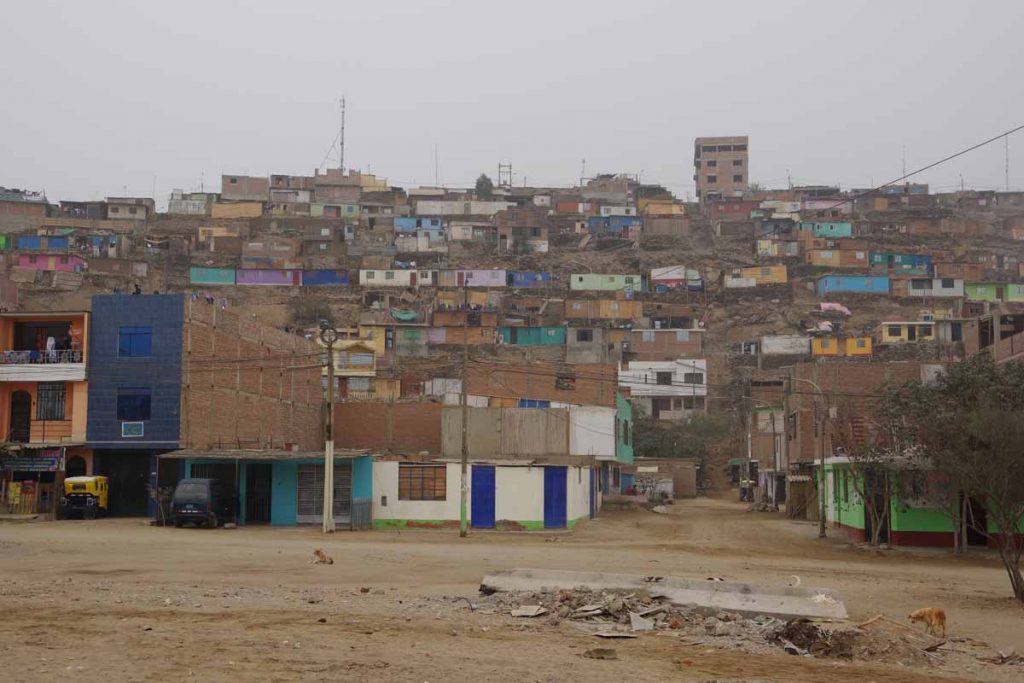 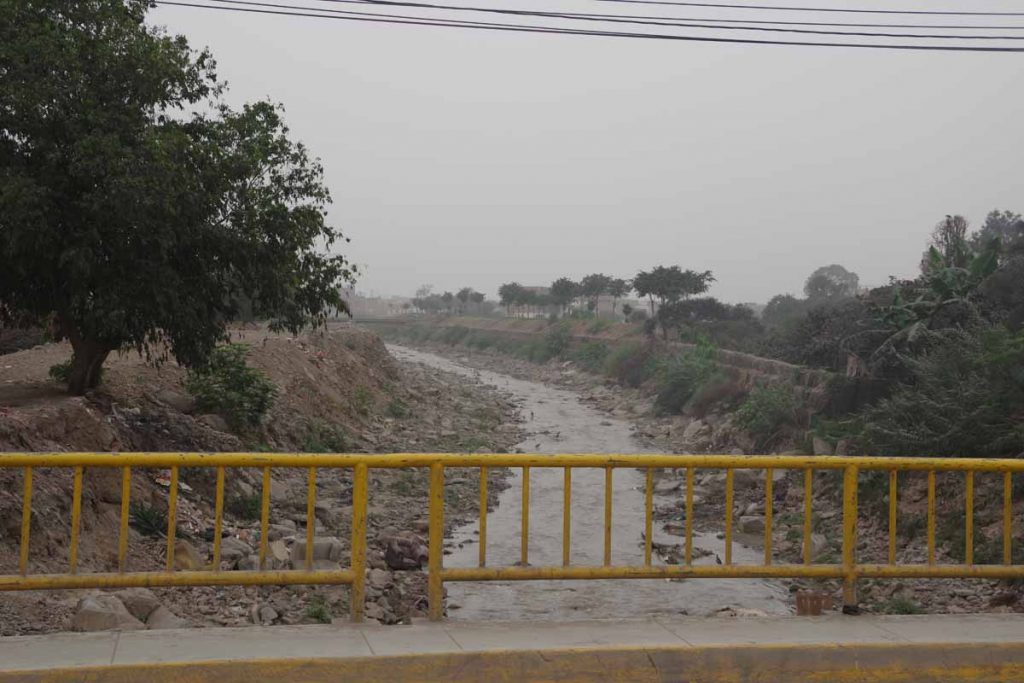 I was still little ways from the middle of Lima. My timing wasn’t perfect as I got off just before this waterway. Hence, I had to cycle another 2.5 kilometers before reaching a bridge I could cross back over the waterway. 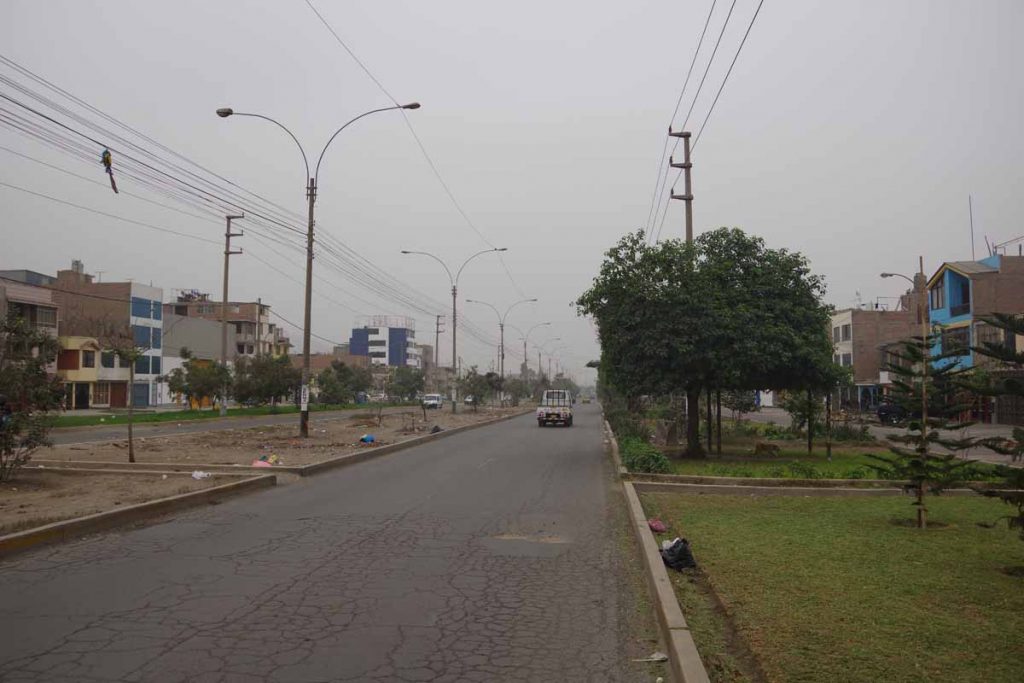 These roads were still quiet and had nice cycling until around the 60-kilometer mark. 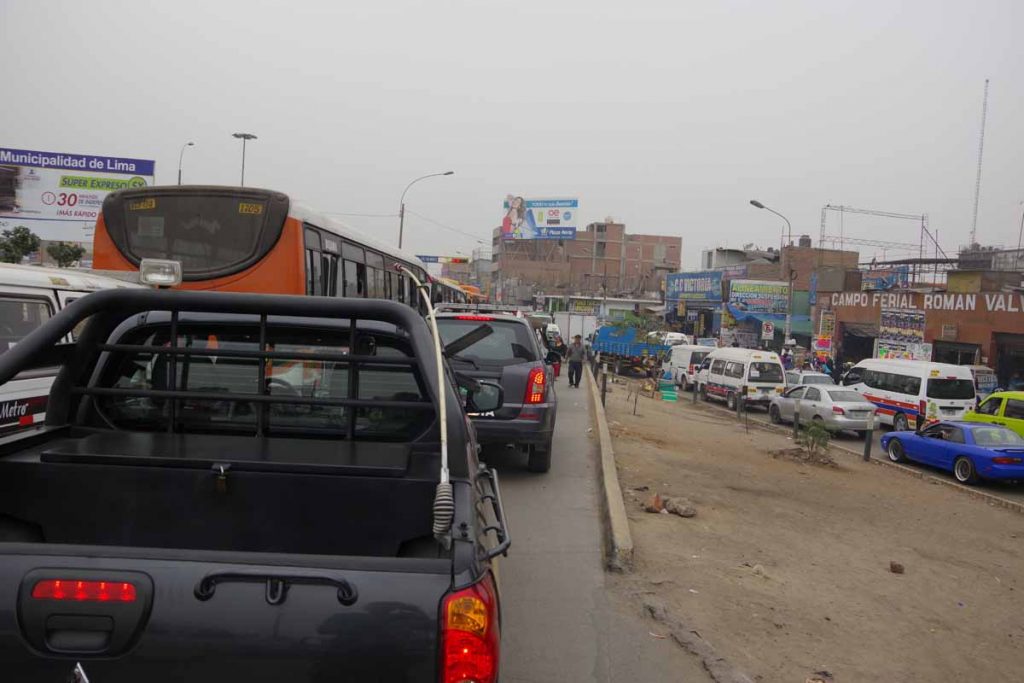 The next ten kilometers to the center of Lima were a mess. Several of the intersections were completely stopped up. One hour and I cycled barely five kilometers. 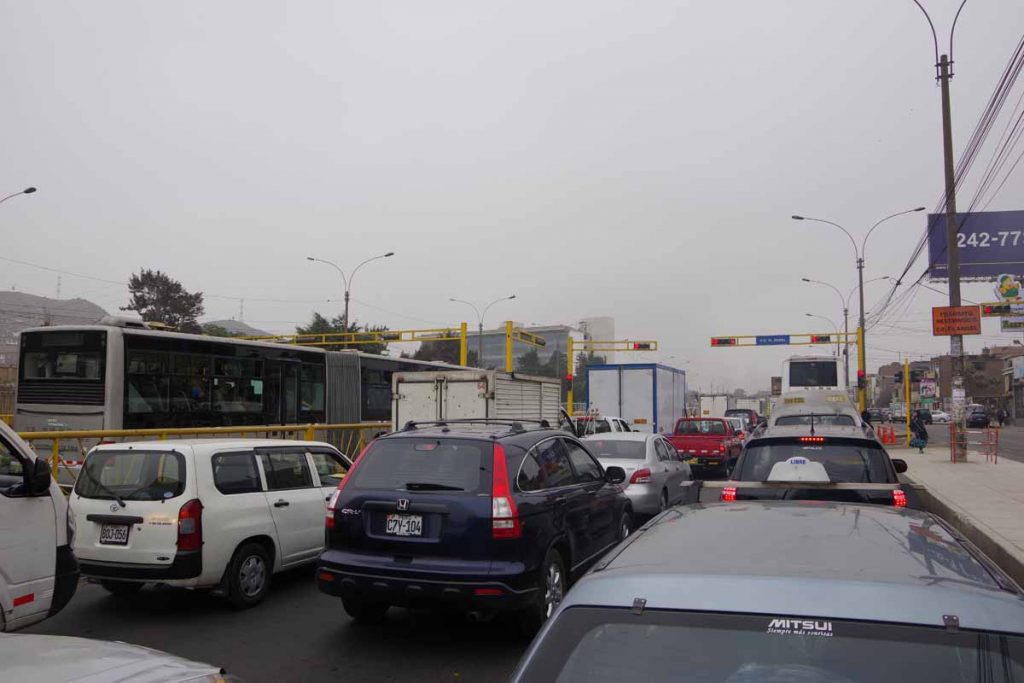 The middle of this road had a high-speed bus lane. There were sometimes frontage roads. There were sections with construction. I got slightly lost a few times. There was never enough speed to be dangerous, but it also wasn’t pleasant to keep sitting in the stop-and-go-traffic. 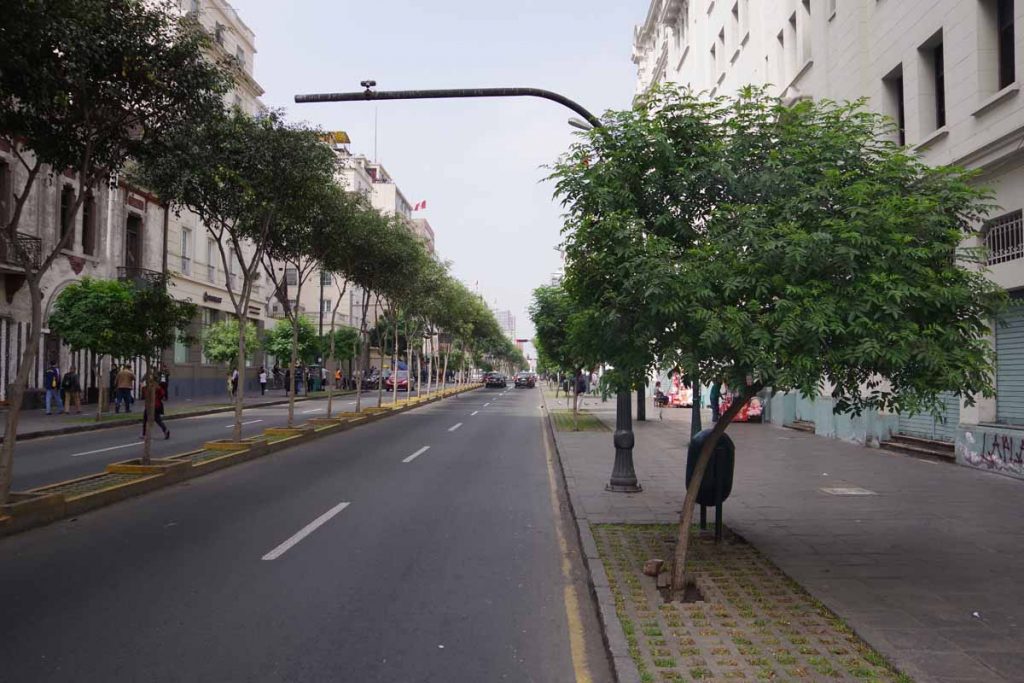 Eventually, I got myself into the center of the city with tree-lined boulevards. 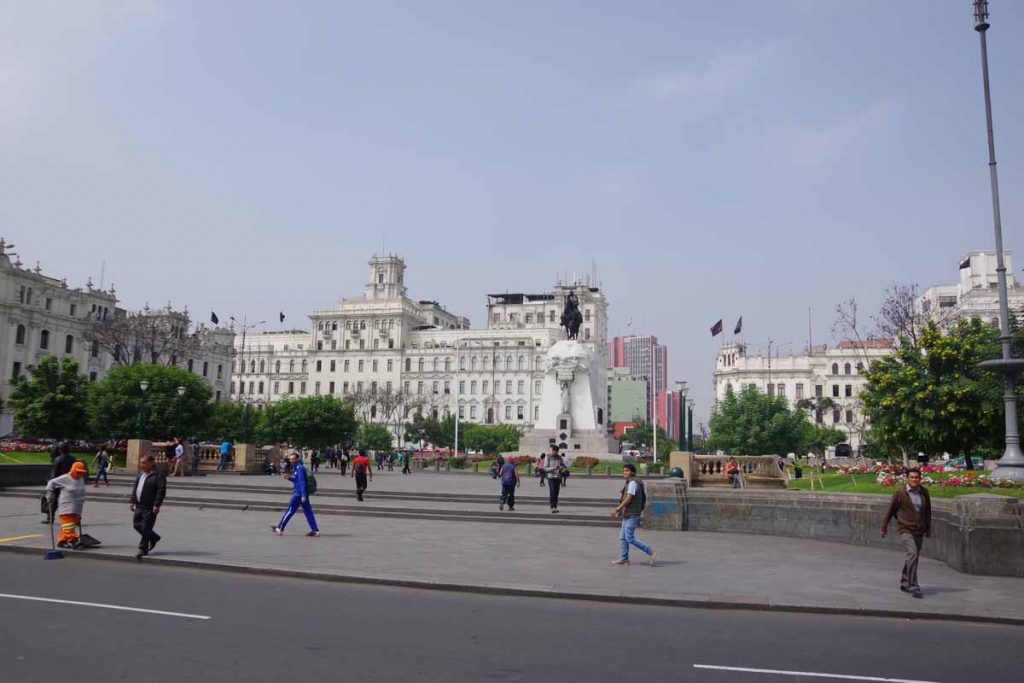 I took a slightly wrong turn and visited a plaza and saw a statue that wasn’t on my list. However, using my offline mapping application, I was able to slowly get myself past center of the city and headed to Miraflores neighborhood. 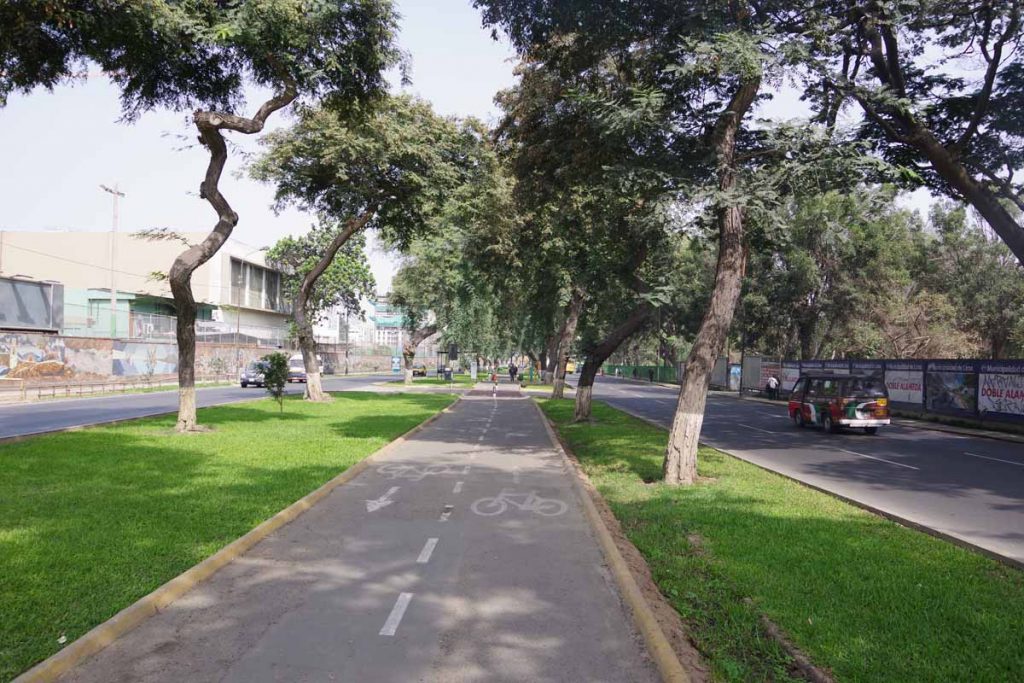 This section was nice, even had areas with bike paths in the middle of the boulevards. The still crossed all the other roads and were bumpy concrete, so not ideal but certainly better than the traffic jams from before. 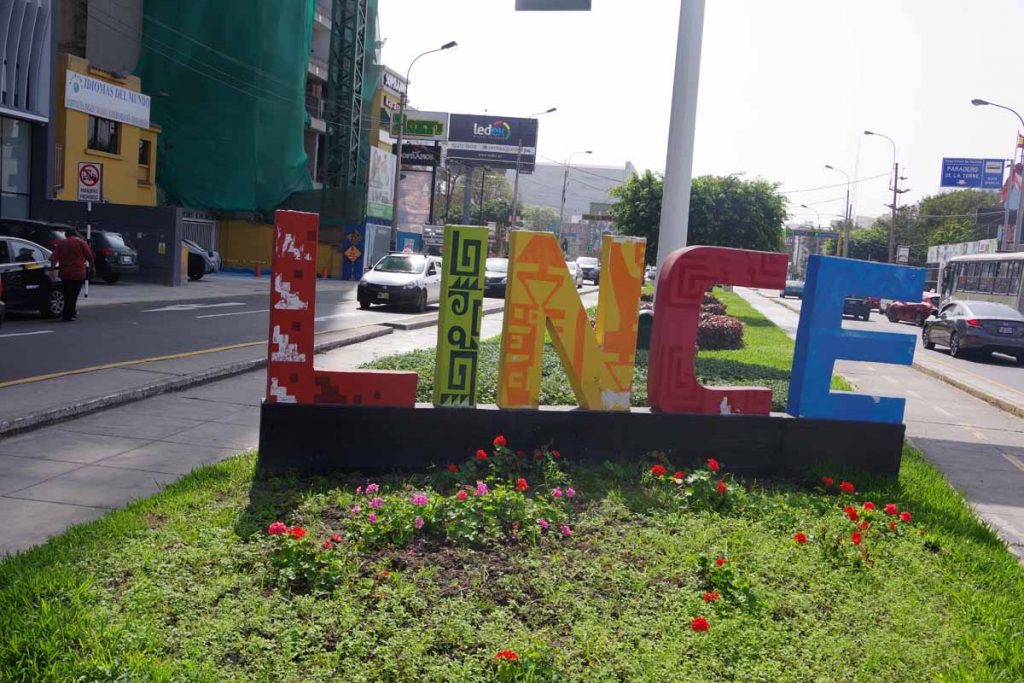 Not sure where Lince was, but I crossed it.

I had randomly picked a target hostal, but couldn’t find it once I got close. Next hostal I tried was full, but not much further I found what looked like a reasonable hotel. It turns out their prices were quoted in dollars instead of sol, but still an OK place to say.

I’ve booked for two nights and expect to take either one or two rest days here. There is a reasonable bike shop here and will see if I can get my worn chain and cassette replaced. If not at this bike shop, there is a second one on my recommend list not too far away. Once I get bike taken care of and some laundry done, then also time to see if any interesting tourist attractions are nearby and otherwise start to look over journals to figure out routes from here up to Cuzco and south from there.

Right now, just nice to make it into middle of this large city.