Through the valley, over the desert and into the small town of Palpa. 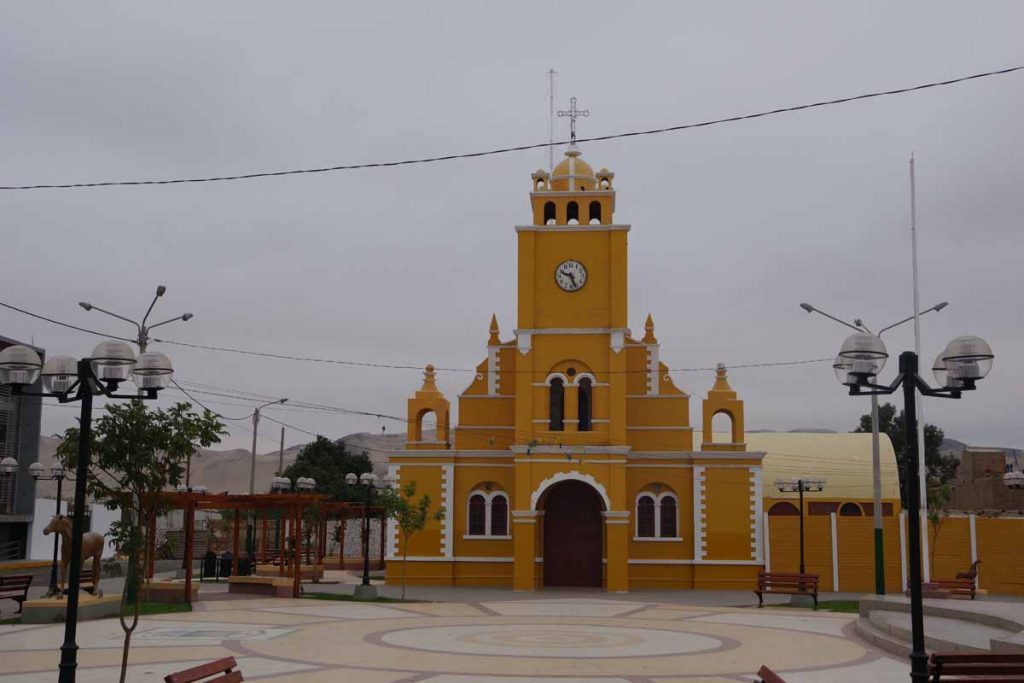 Today the ride had a little of everything. First, 30km was small villages in an agricultural valley. The church above was the center of one of those villages. I hadn’t been near a grocery store yesterday evening but stopped in at a small shop on the way to pick up fruit. 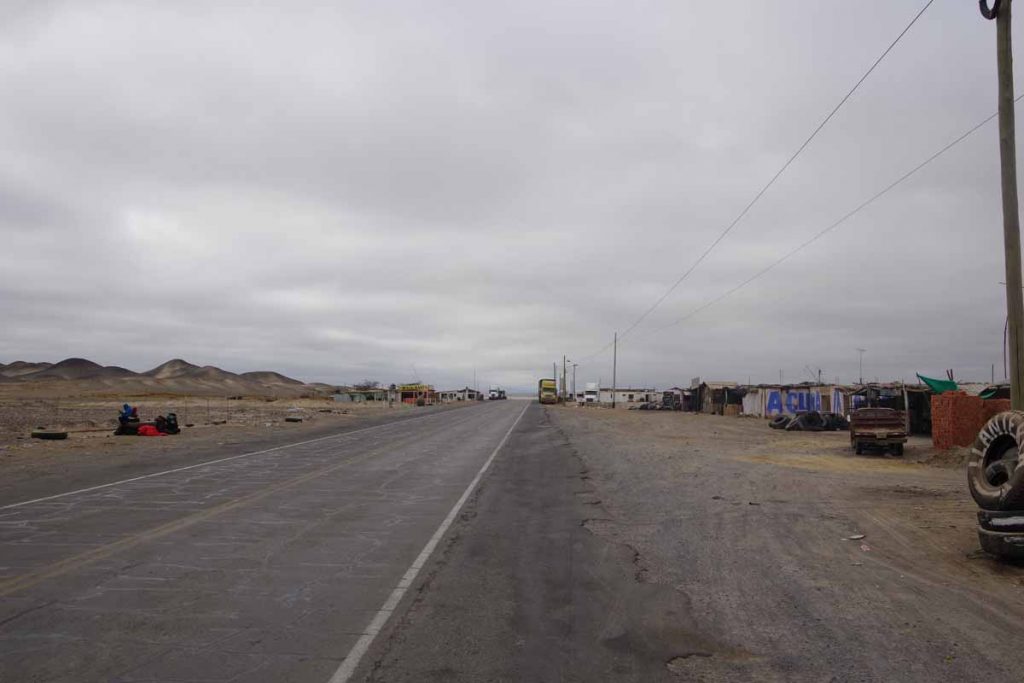 At 30km I left the valley and turned into a headwind as well as climbed ~150m up a long hill. The shoulder was rough most of today but there was also a lot less traffic than coming into Ica, so I could take the travel lane more often. 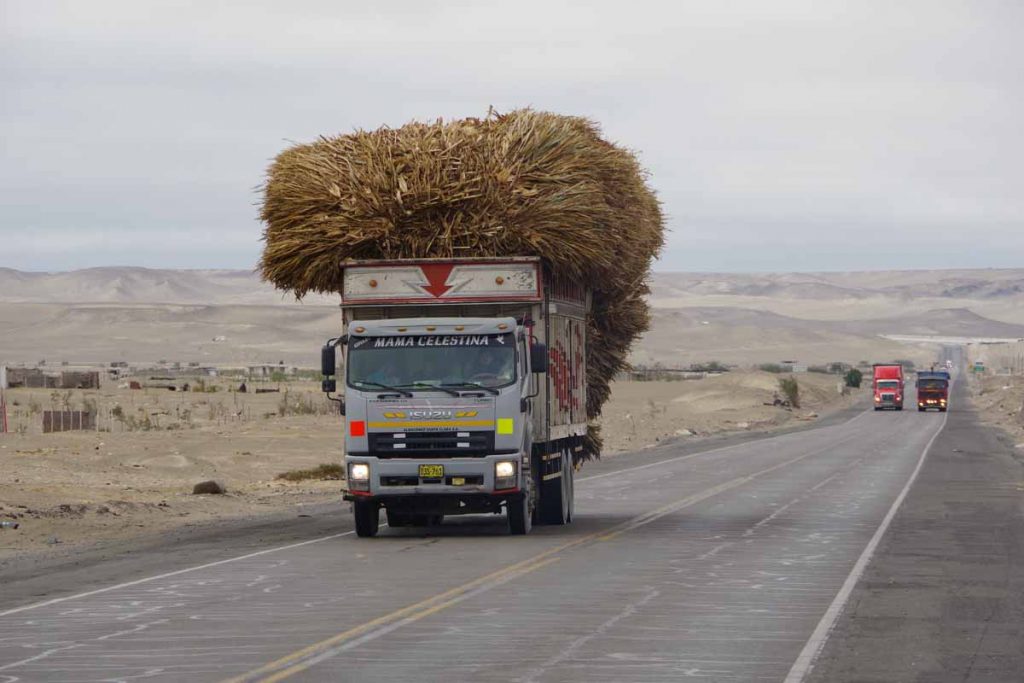 I expect this truck driver was feeling cross-winds as well. 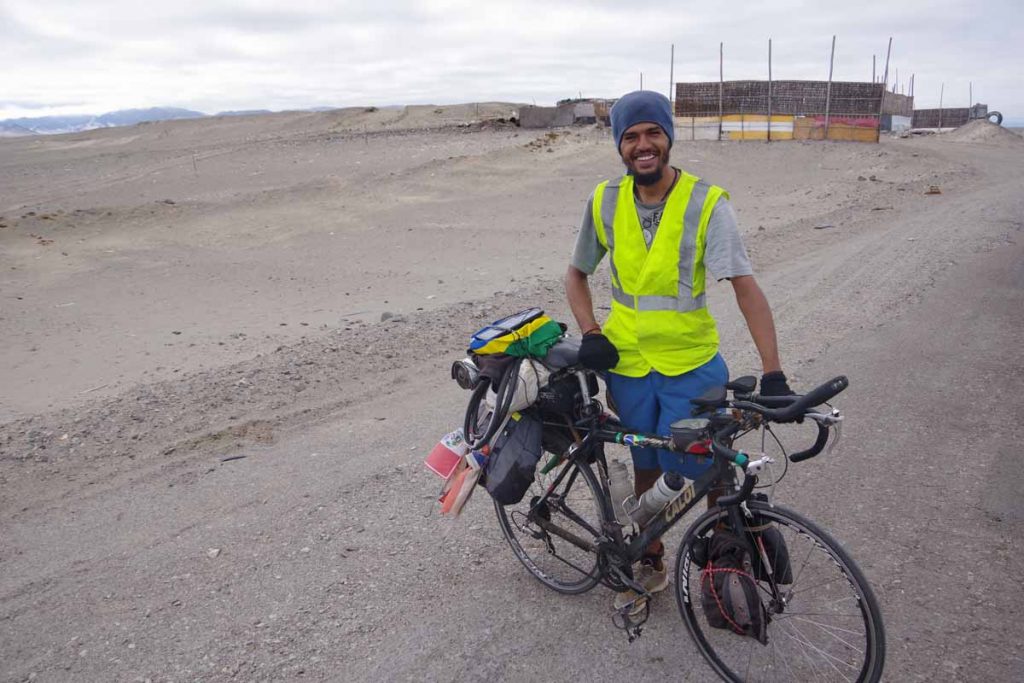 On top of the hill was a longer plain where I met this Brazilian cyclist. He had cycled down the coast of Brazil, across Bolivia and now was heading north. He had an overall six-year plan that included 59 countries and 88,000 kilometers on a squiggly route around the world. He lamented that a visa to the USA cost him nearly $300. This is first cycle tourist I have encountered in a while. 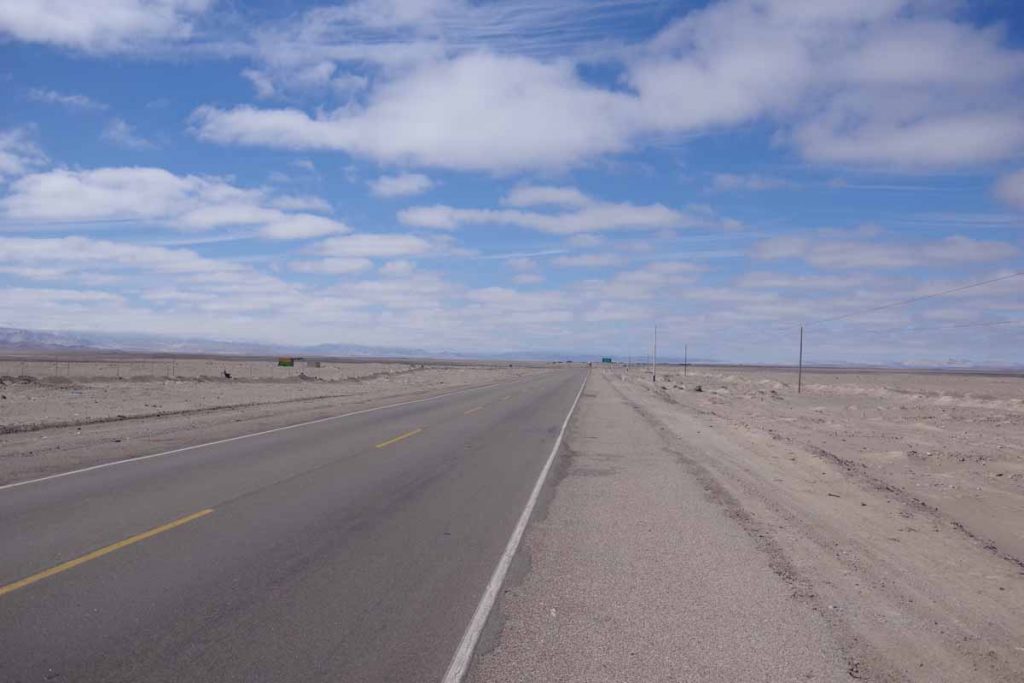 Long, straight and mostly flat. Fortunately, the wind had died down by now. 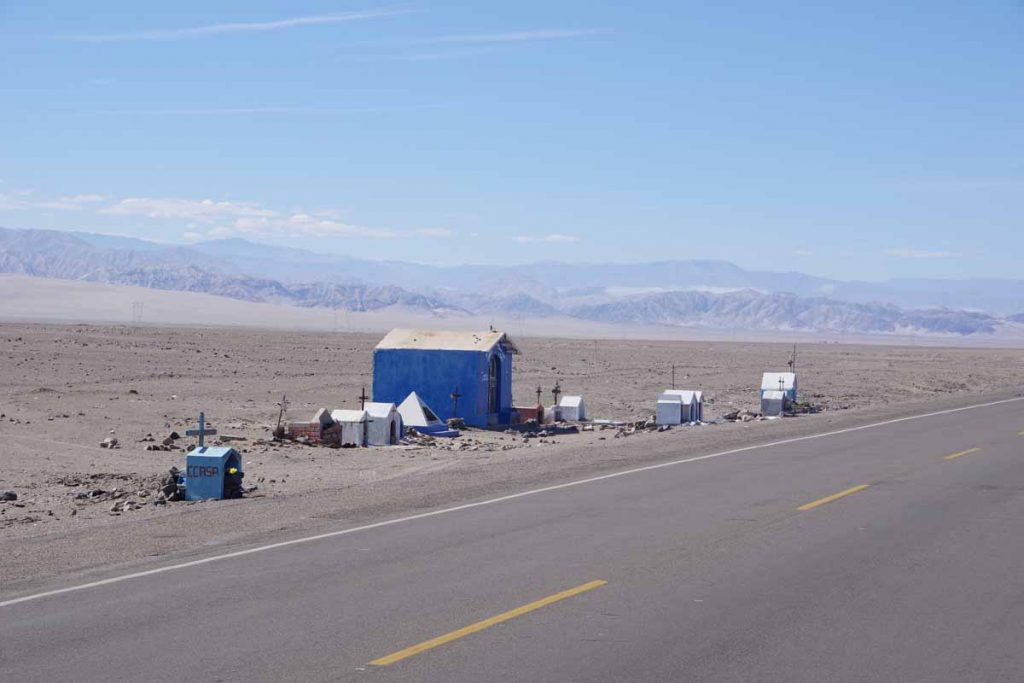 Not quite sure what happened here, but a large collection of individual memorials as well as one bigger shrine as well. 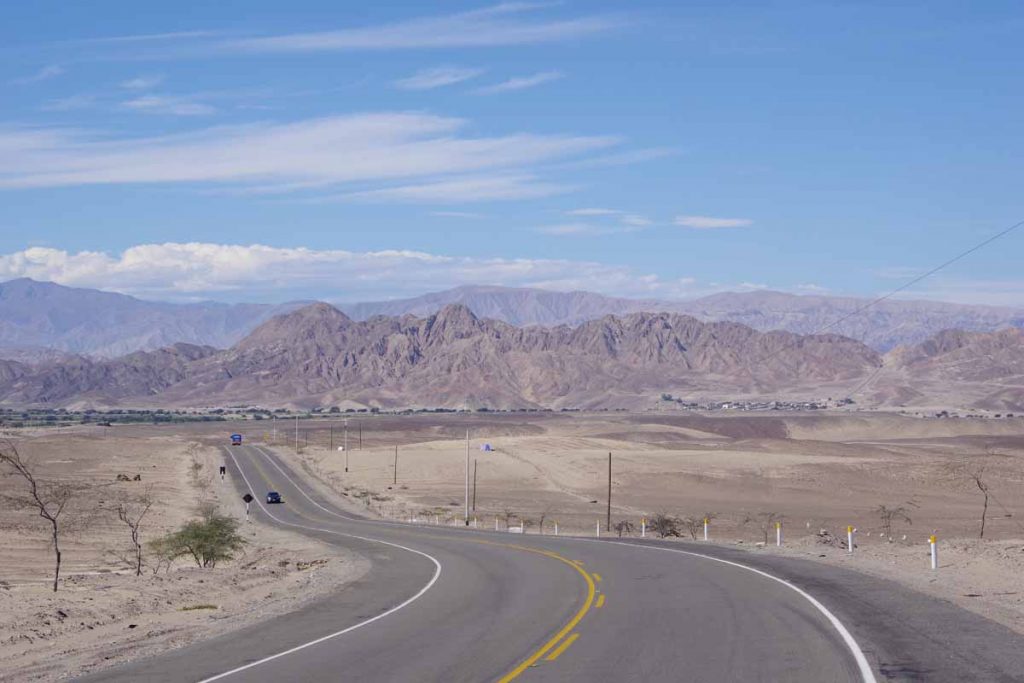 Near 70 kilometers I crested a hill and saw the first point of civilization for a while. On the right side is the town and leading above it is the “old” road. The new Panamerican Highway bypasses the town and goes all the way left around the mountains. I cycled to near the town and had lunch here. 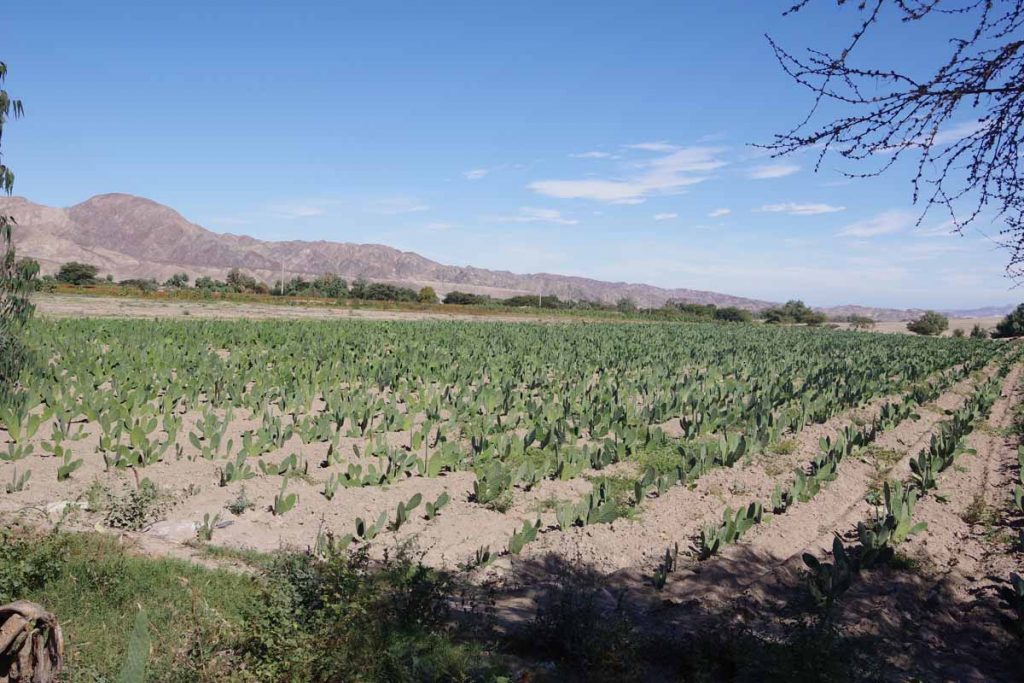 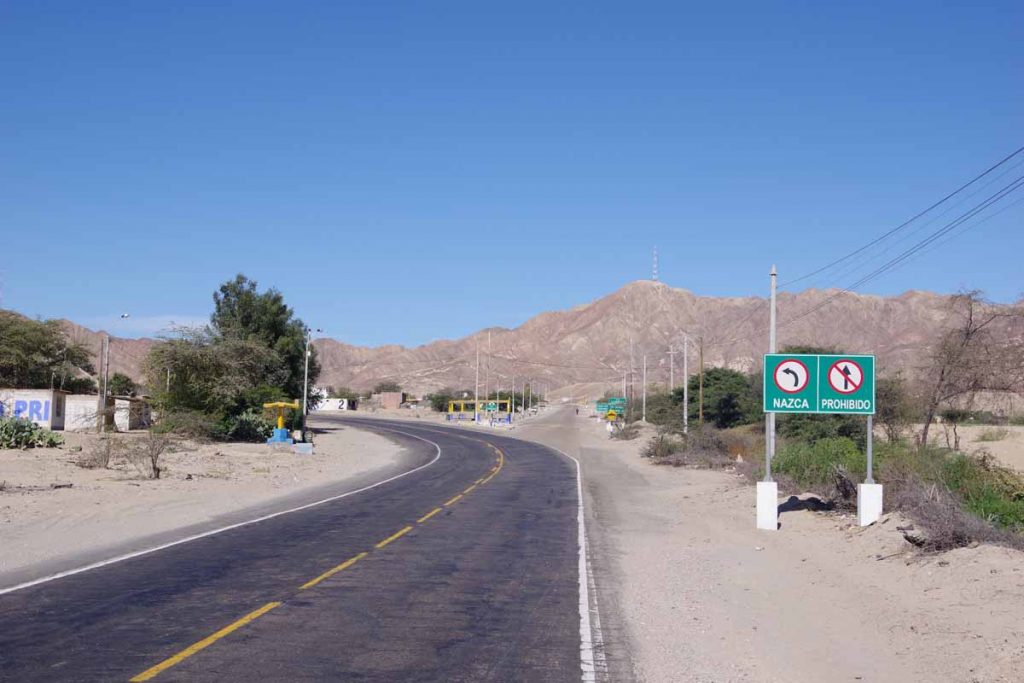 This was split between new road and old road. I wasn’t sure what was prohibited on the old road, but I saw some cars come from there, so figured it was probably OK. 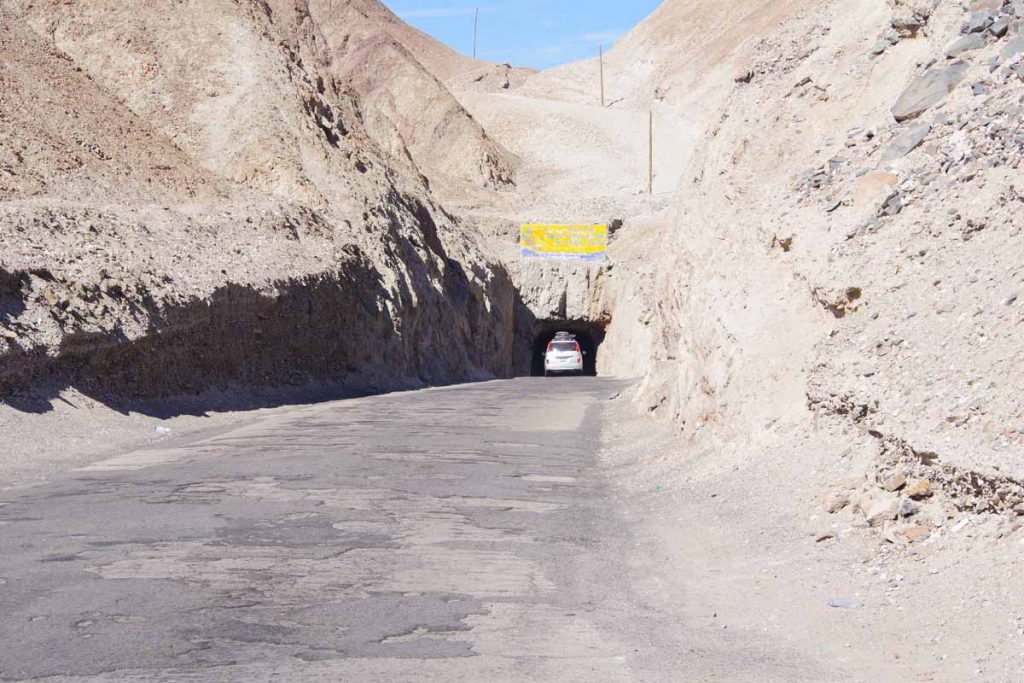 I got to the top and came to a narrow one-car wide tunnel. It was a little more than 100m long and you could see the other side. However, it was important to make sure you had a clear path before entering the tunnel. There weren’t lights and it got dark in the middle of the tunnel. Otherwise, it wasn’t too bad to cycle through. 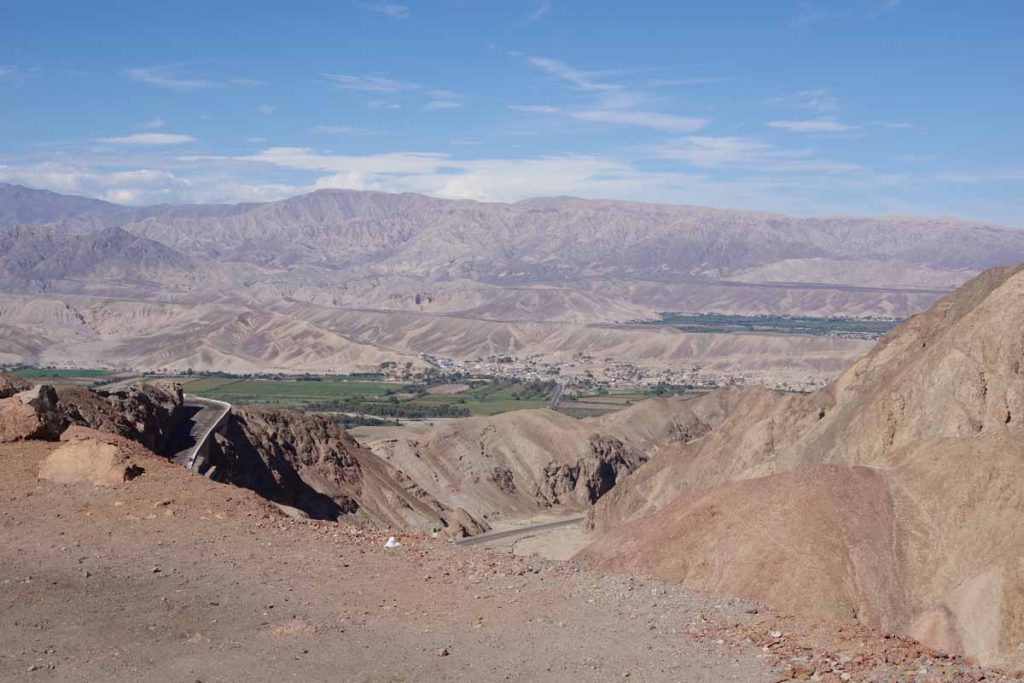 There was a steep descent on the other side of ~10%. Off in the distance, Palpa lies in the second valley. I made my way down the hill and then across the next hill to small town of Palpa. There wasn’t much in the town square but I did find a reasonable hotel on the main road. Overall a nice variety of riding today.