Why were the Nazca Lines created? Were aliens involved?

I didn’t come any closer to answering these questions but did pass the Nazca lines in the desert on my way today. 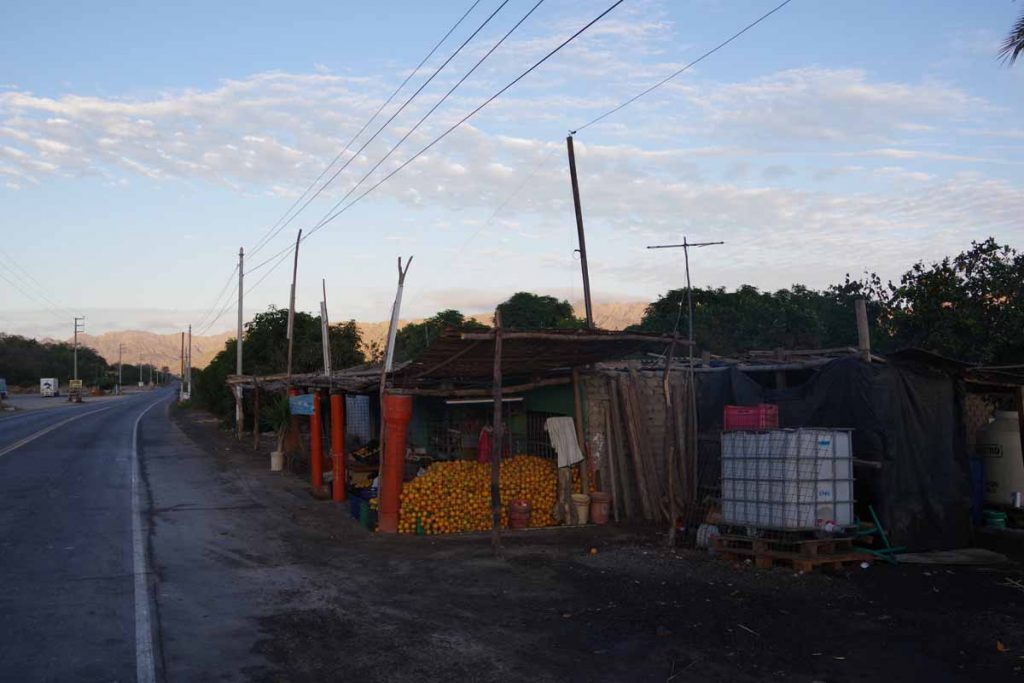 Many citrus trees and stands on my way starting out. 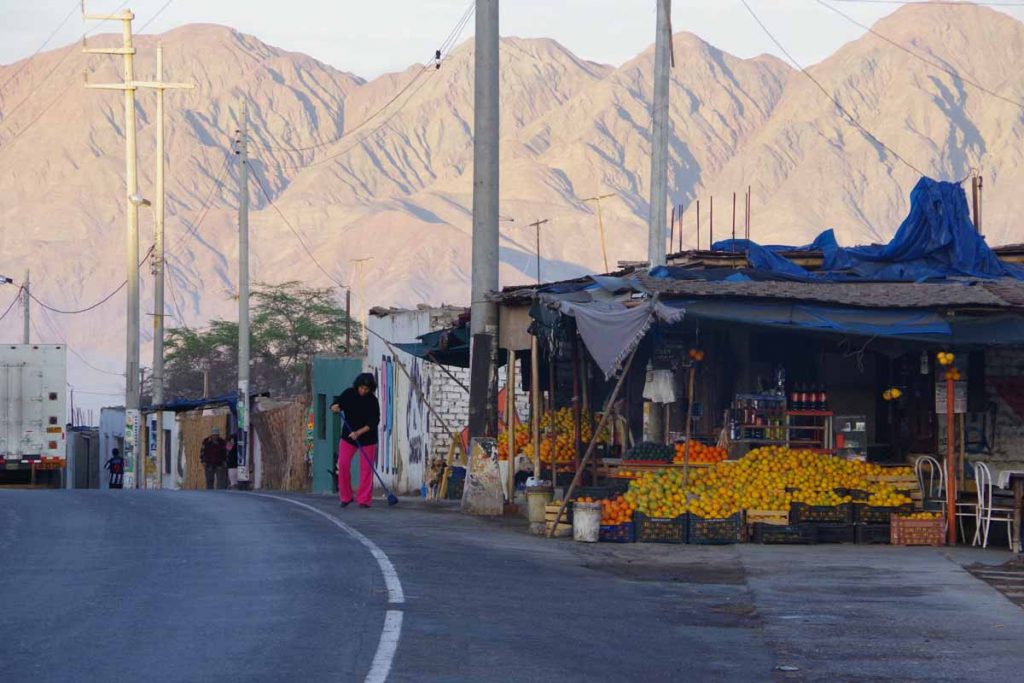 Cool morning air as I rode past these stands. 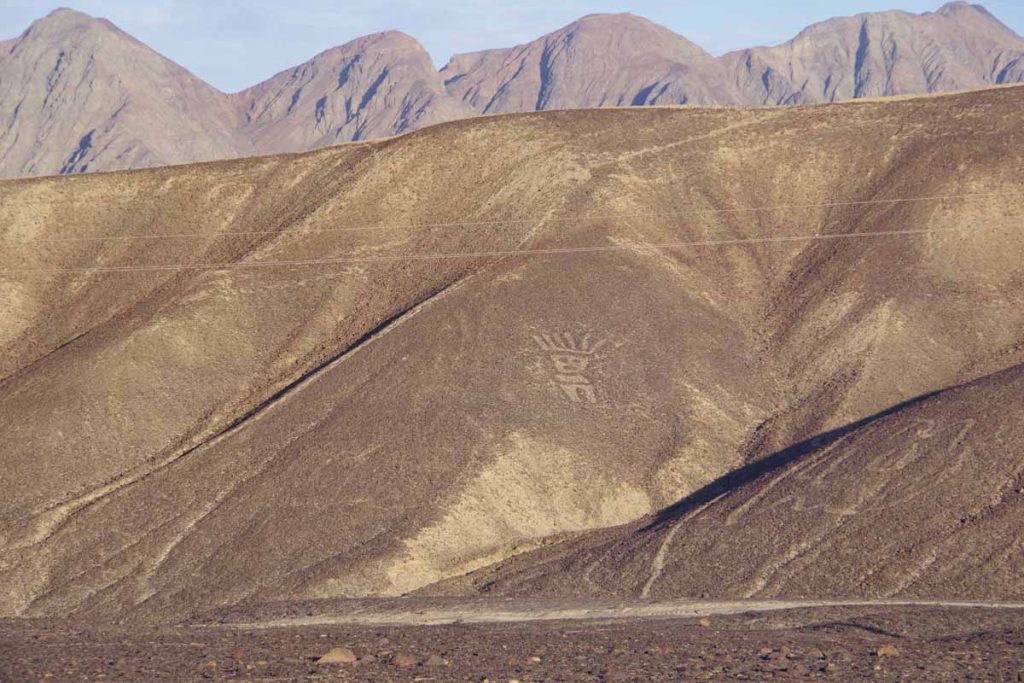 Blue skies and rolling hills before a steeper 200m climb up to the Nazca Plain. 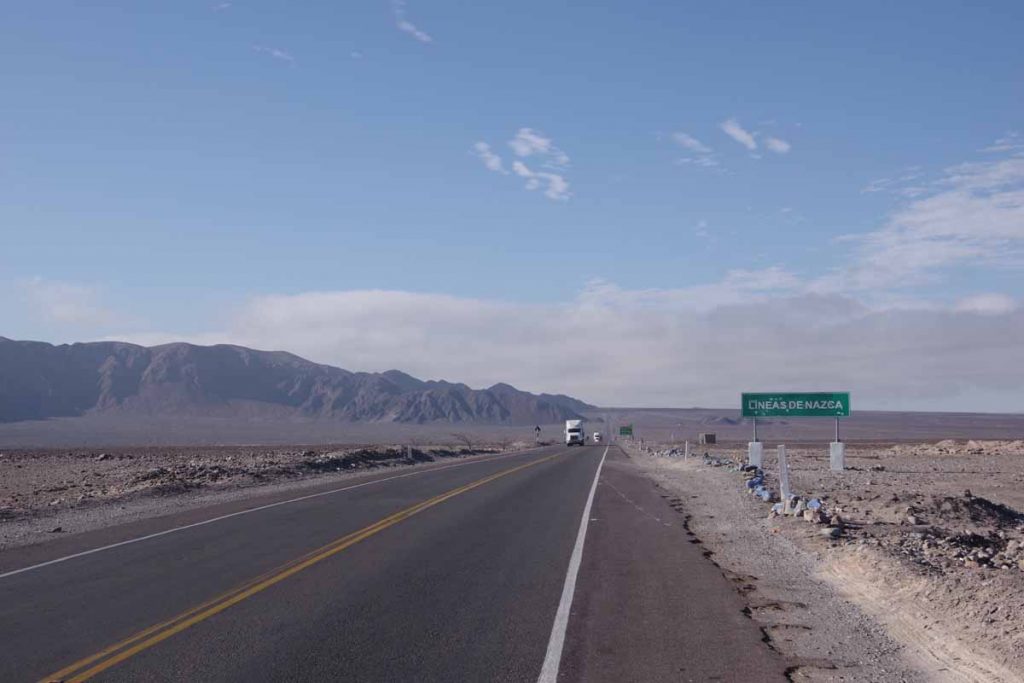 At the top were signs for the Nazca Lines, some 300 figures out in the desert nearby. 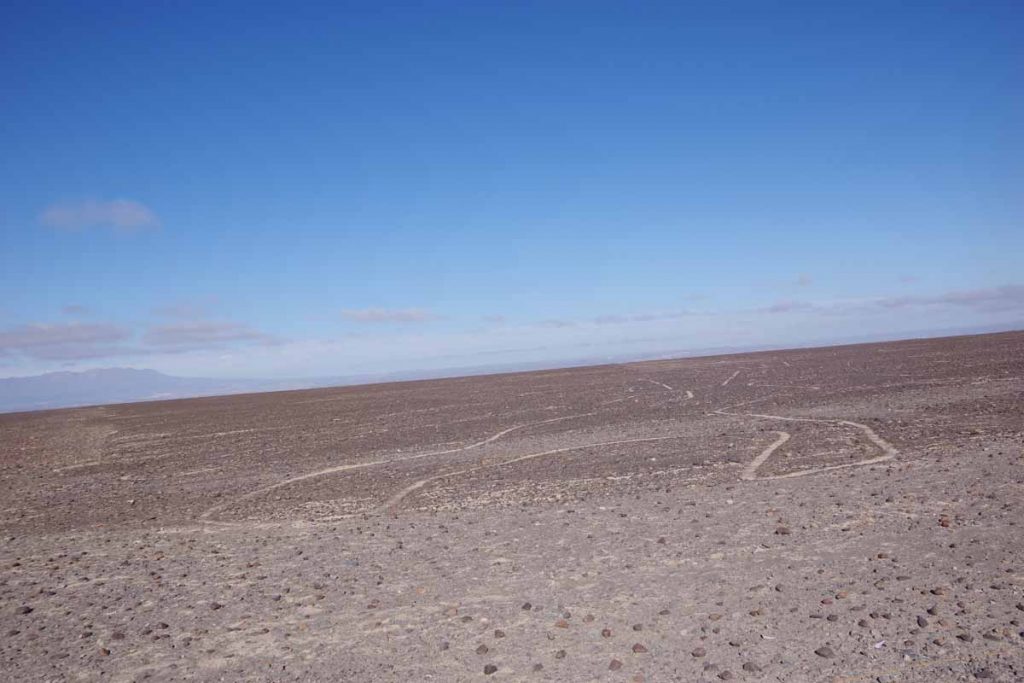 I could see a line or two from the highway, but not enough to make out the figure. 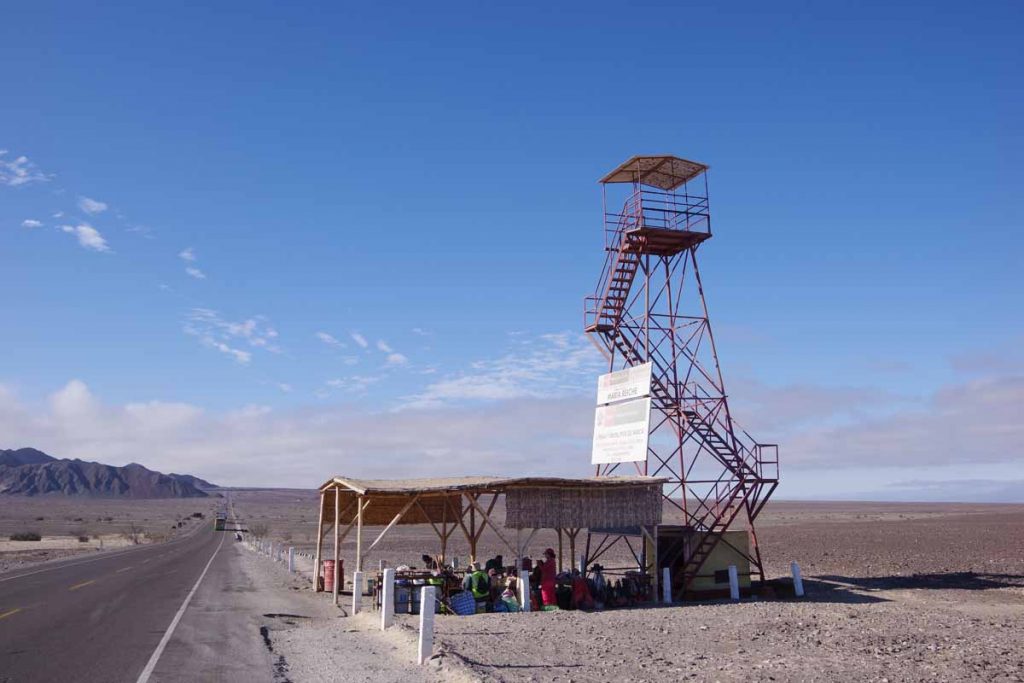 There was an observation tower where for 3 sols ($1), one could see more. 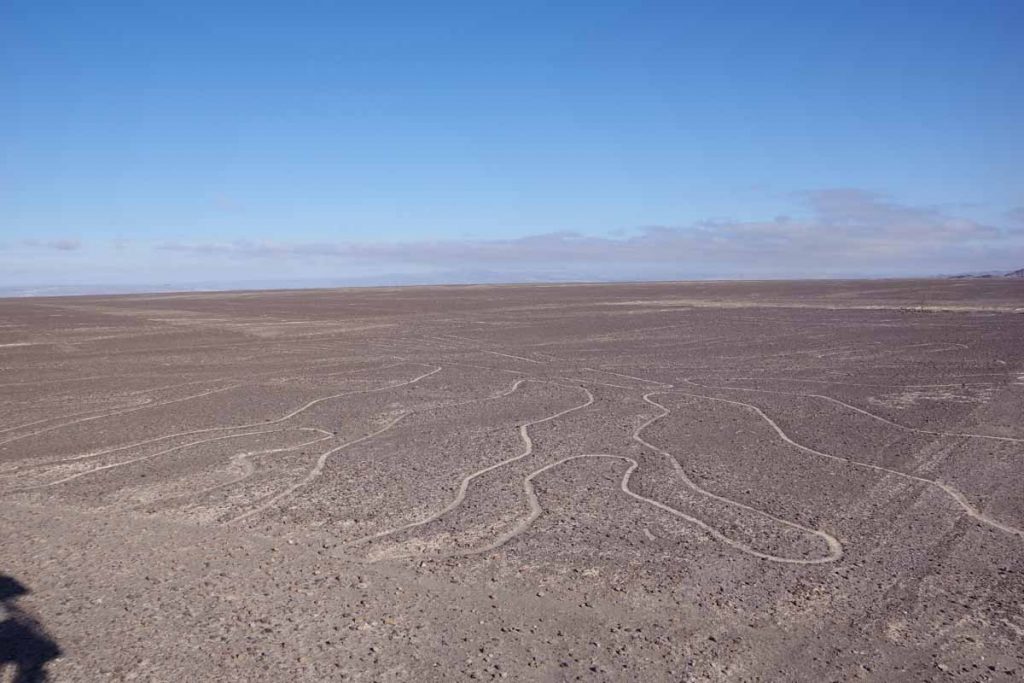 Apparently, either climbing a nearby hill or taking a small flight-seeing trip are ways to really see more of the figures. I saw several of these flights cruising over and circling the lines. 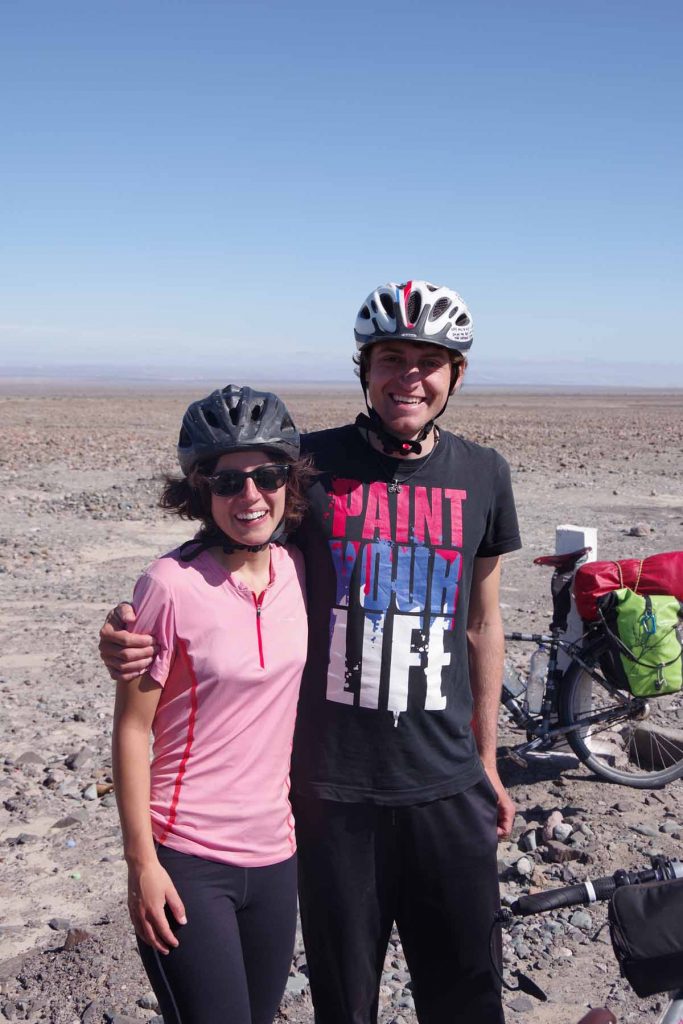 On the far side of the lines, I met two German cyclists coming the other direction. They had started in Santiago, Chile and were towards end of a trip headed to Lima. They guessed right away, “you must be American” and I guessed, “you must be German.” Not sure what was behind their guess, but mine was based in part that Germans might make such a guess.

I asked about their route and temperatures they encountered in Bolivia (-10C to -15C). They offered a light sleeping bag. Wow, I appreciated this and took them up on this, even though they wouldn’t accept payment for the bag. This had actually been something on my mind for a bit.

When I planned my trip, I had roughly planned clothing/gear to cover >30F (0C) during daytime cycling and >20F (-7C) and wet at night. For example, my sleeping bag is rated 17F (-8C) and did OK first night in Alaska when it snowed and was ~20F. I had seen some more recent blogs and posts that suggested it might be colder than that in Bolivia – both because I’m crossing in middle of winter and south and west of La Paz is just a bit colder than La Paz where 90th percentile dips to ~23F (-5C). So I had been thinking I might need to be ready for closer to -10C to -15C and was planning on looking for an extra sleeping bag in Arequipa. There will also be little villages with hotels, but some gaps where I will camp between villages. So appreciate the generosity of the German cyclists and came at just right time. 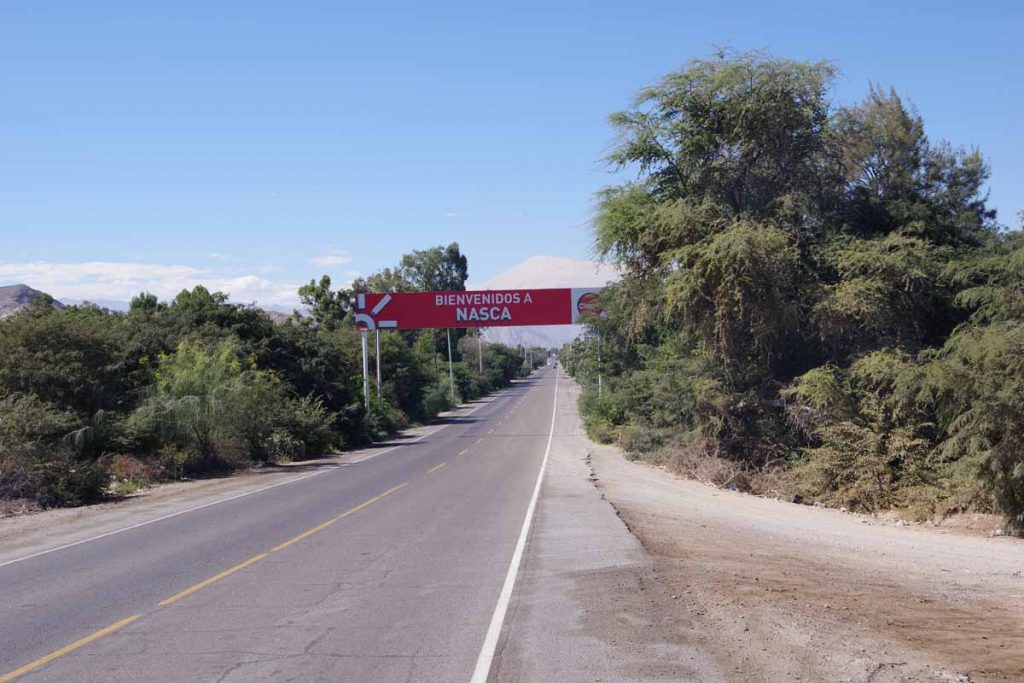 Not too much further and I was already in town of Arequipa before noon. Found a nice hotel and looked around. 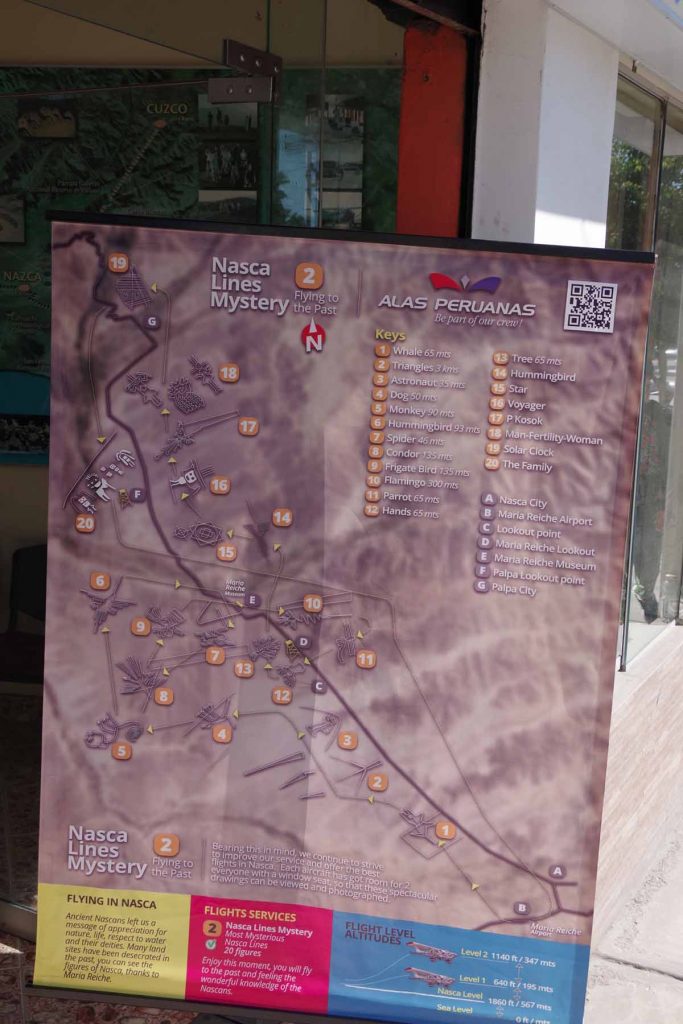 There are flightseeing trips over the lines. 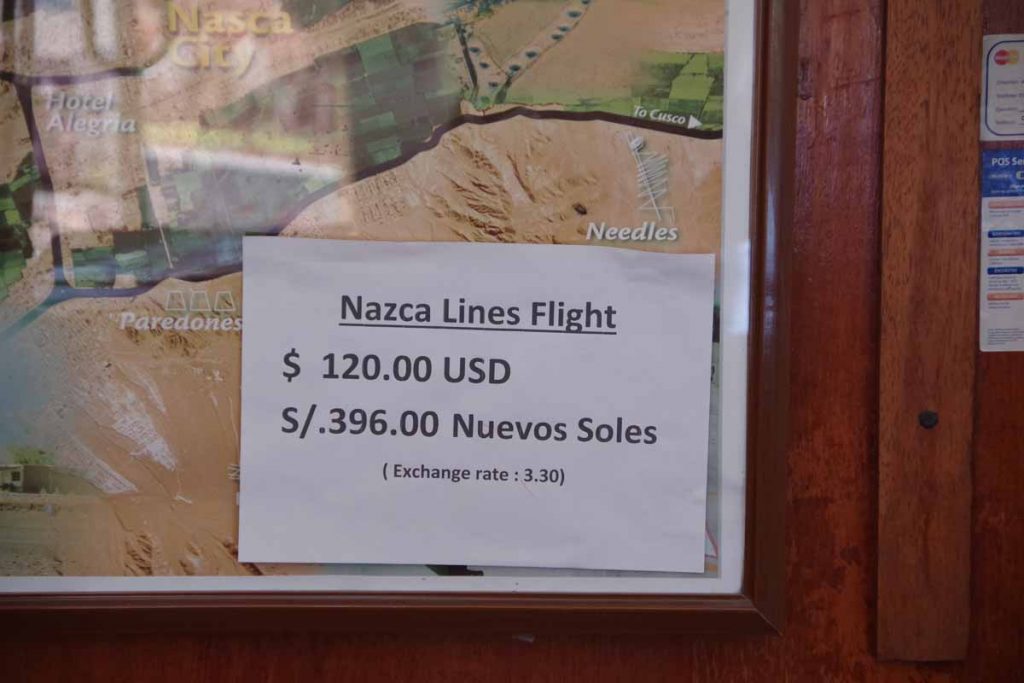 However, more expensive than my 3 soles I paid and from what I saw, those flights go over the lines pretty quickly. So I’ll settle for seeing them on youtube videos like this one: https://www.youtube.com/watch?v=FRNNjbBCGMI

From here, the plan is to cycle further along the coast to Arequipa and then climb up to ~4200m (13,800ft) to the Altiplano and Lake Titicaca as well as crossing over Bolivia. TDA plans a rest day in Nazca around 12 September, so I am approximately 73 days ahead of their schedule.