Today was a tougher ride than yesterday. The distance was almost the same both slightly over 90km. The climbing was only double 900m vs. 400m. However, what made things particularly tough was the wind in the afternoon. 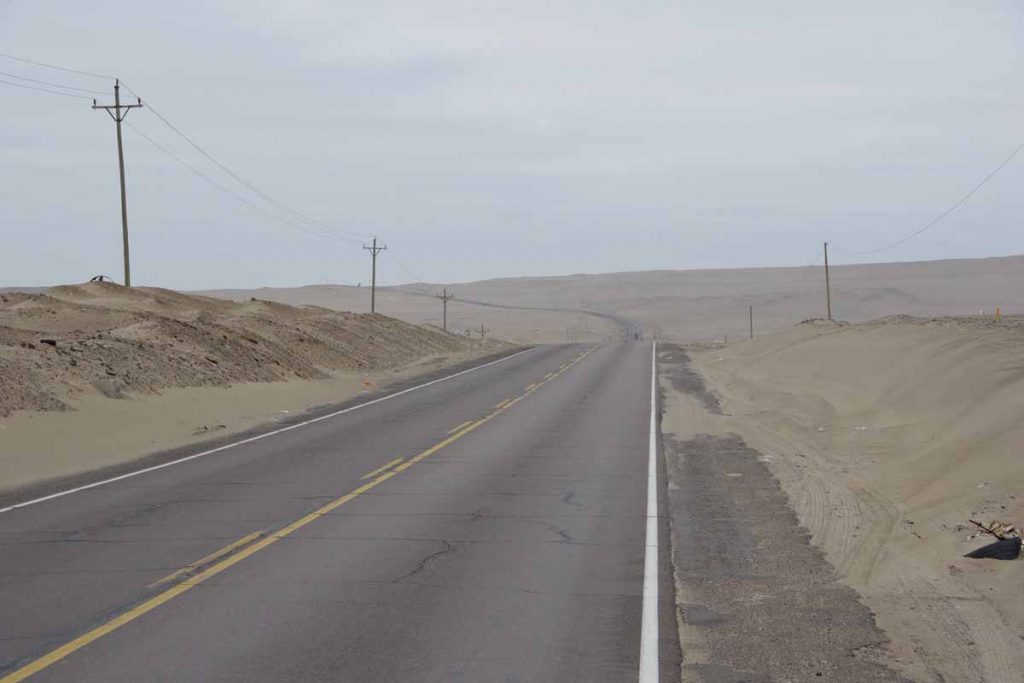 Roughly by the numbers:

Above was the road once I reached the turnoff point again. Some rolling hills with occasional short grades reaching 7%. 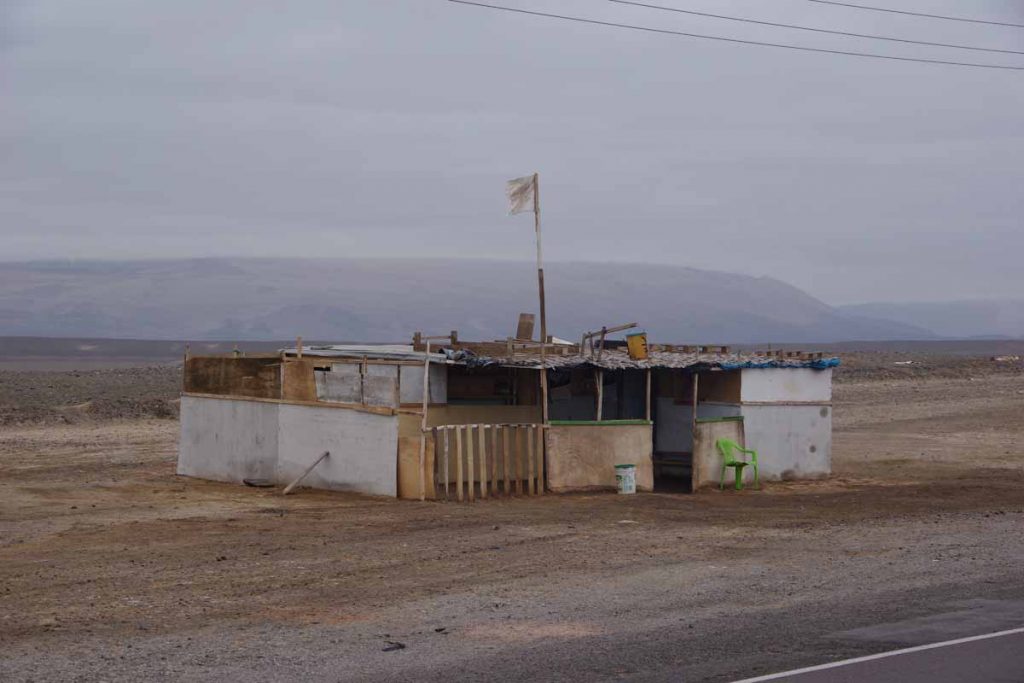 It was already windy some this morning as the flag on this shack shows, though not too bad. 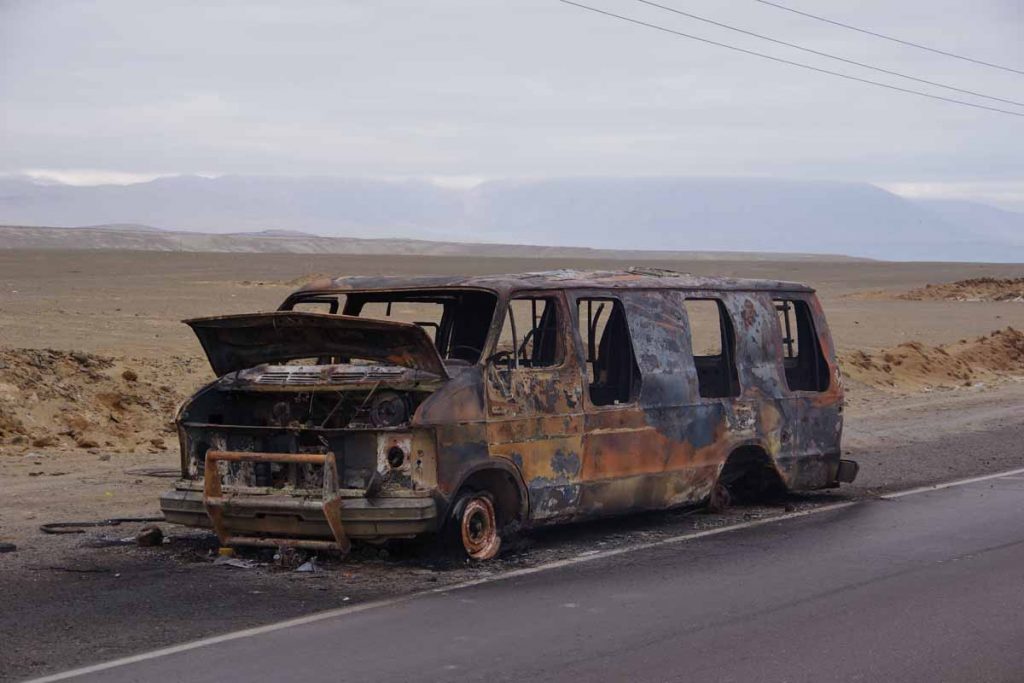 A burned out car along the road. 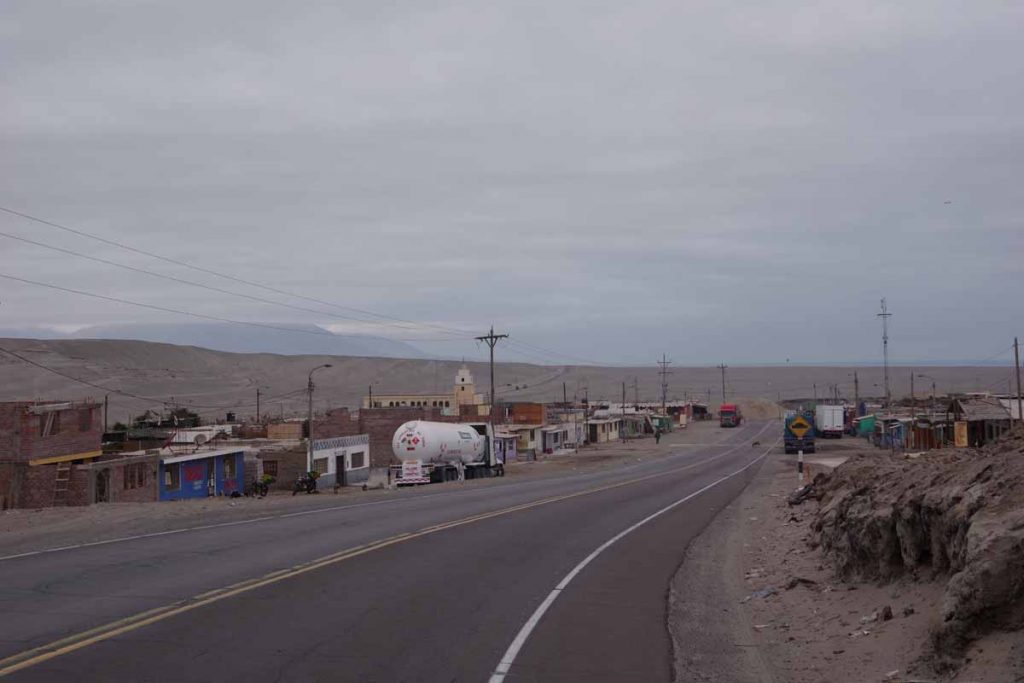 There were three villages like this along the way, along with one town (Yauca). Otherwise it was open desert areas. Yauca was in a valley with olive trees and for the rest I didn’t see agriculture. 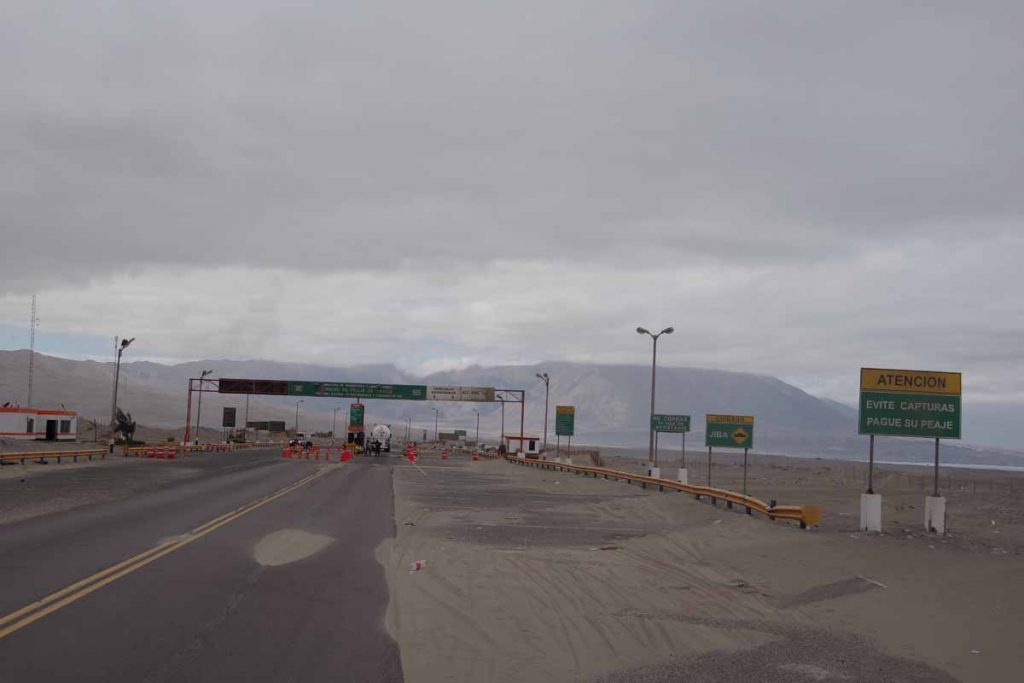 Just before Yauca was a toll booth. I found the sign that essentially said, “avoid capture, pay your toll”, interesting. 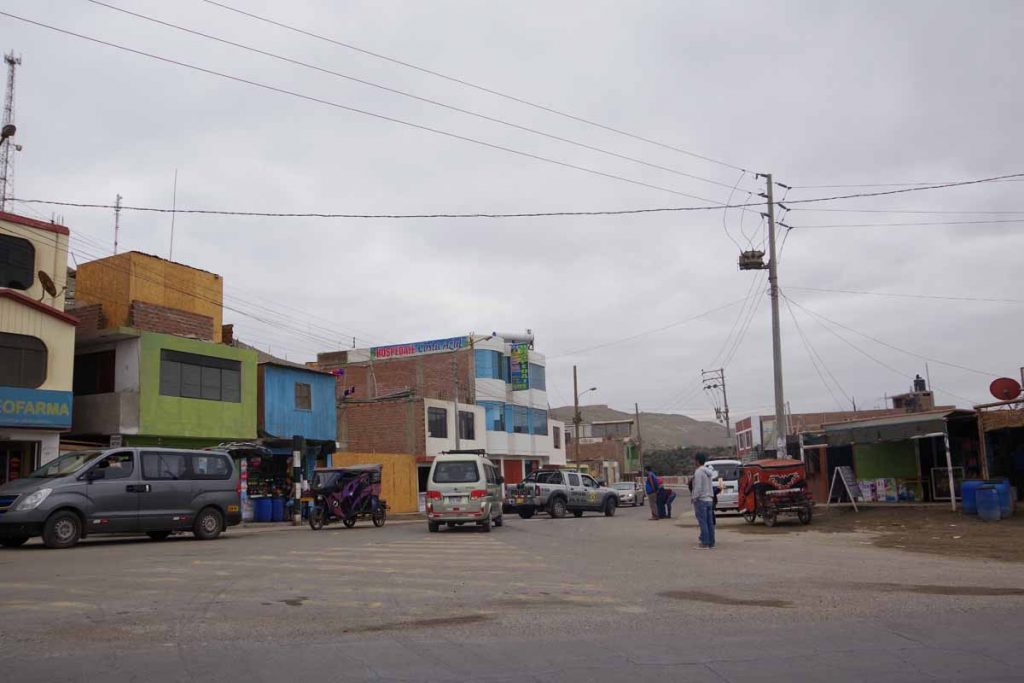 I reached Yauca a little past 10am. It was a nice little road junction that seemed to have everything: hotel, restaurants and some small stores. It was tempting to make it a short day, but I decided it was early enough I could ride to Chala instead. 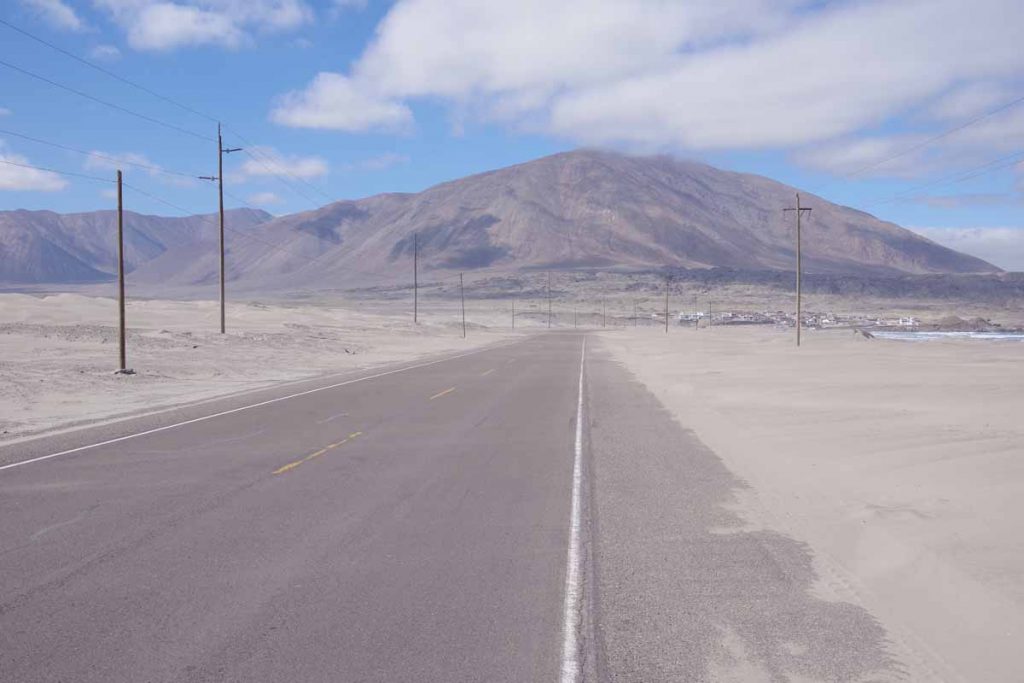 The road started flat and along the beach. The road then climbed nearly 300m (1000ft) up along the mountain and went right along the coast. After a slow climb, the wind really picked up. It was tough and slow riding and made me think, “if this keeps up, it would have been better to have stayed in Yauca.”

It was slow for quite a while, though fortunately, the wind lessened for the last 15km of the day. 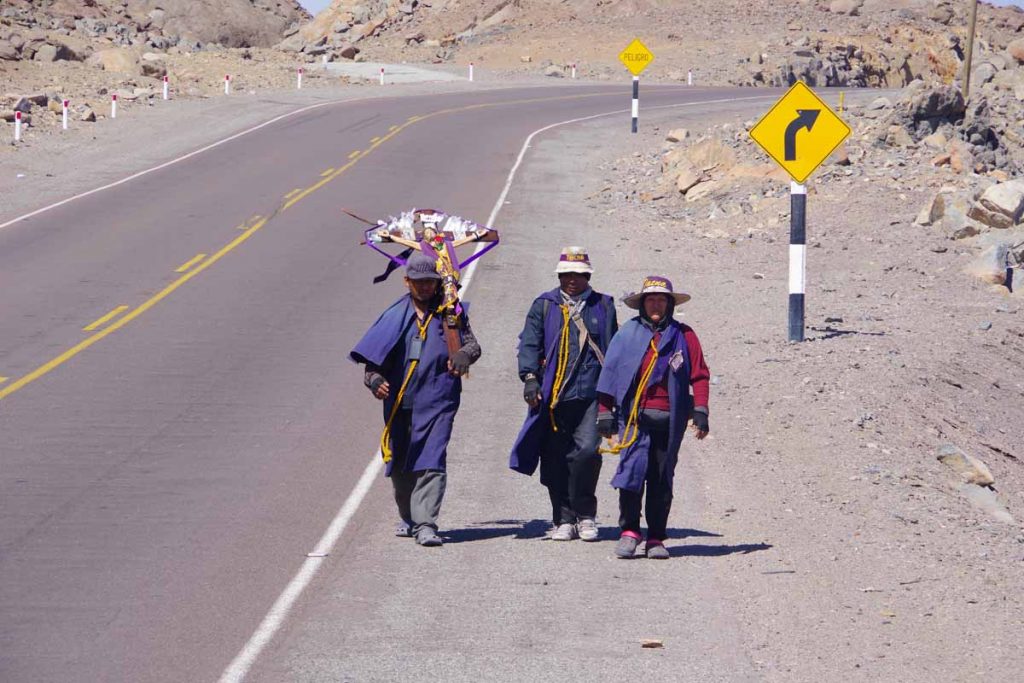 I met several sets of pilgrims walking along the coast today. They were headed north towards “puro” (not sure of the same) and had started in the south of Peru. They stopped and wanted a photo with me. 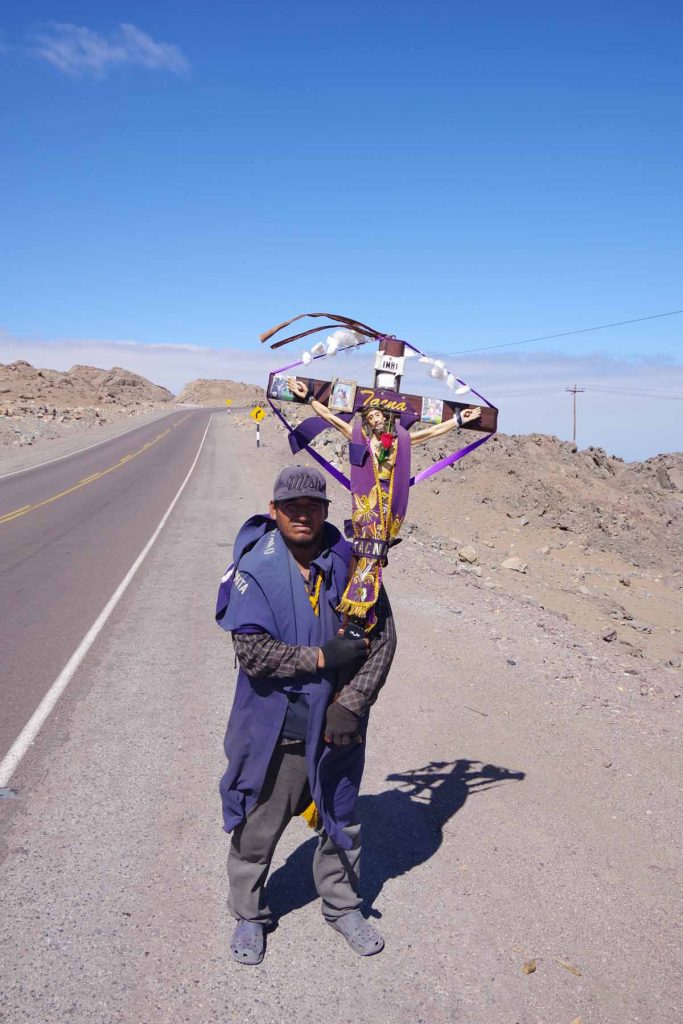 So I also got a photo of the guy carrying Jesus on the cross. I don’t have a photo, but a while later also met some pilgrims walking with a much larger cross with a small wheel on the base. 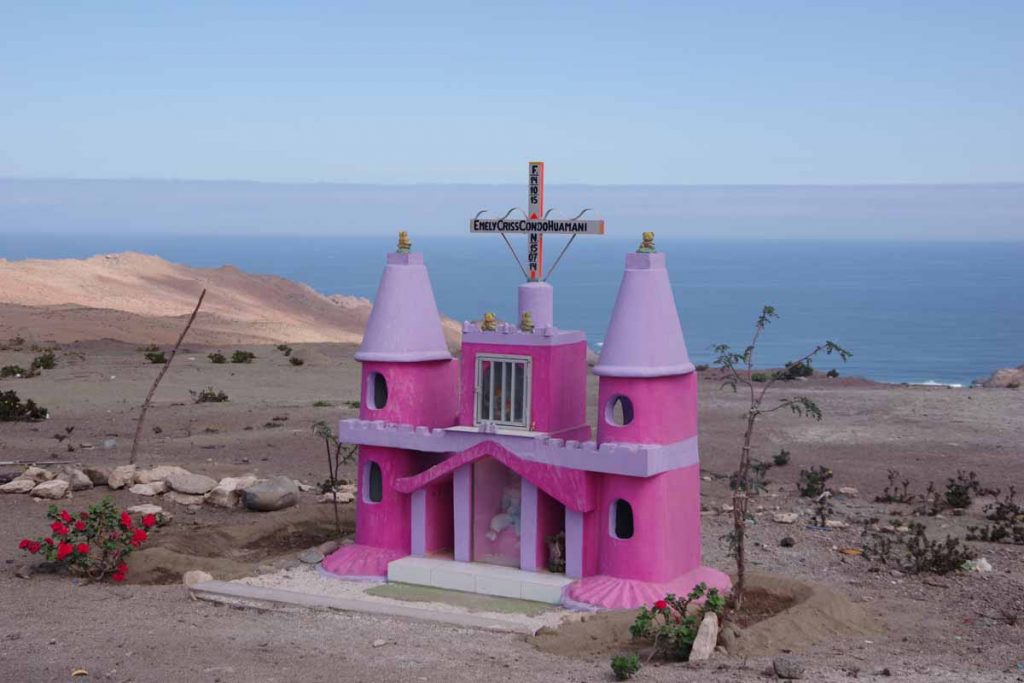 A small roadside shrine for an infant. 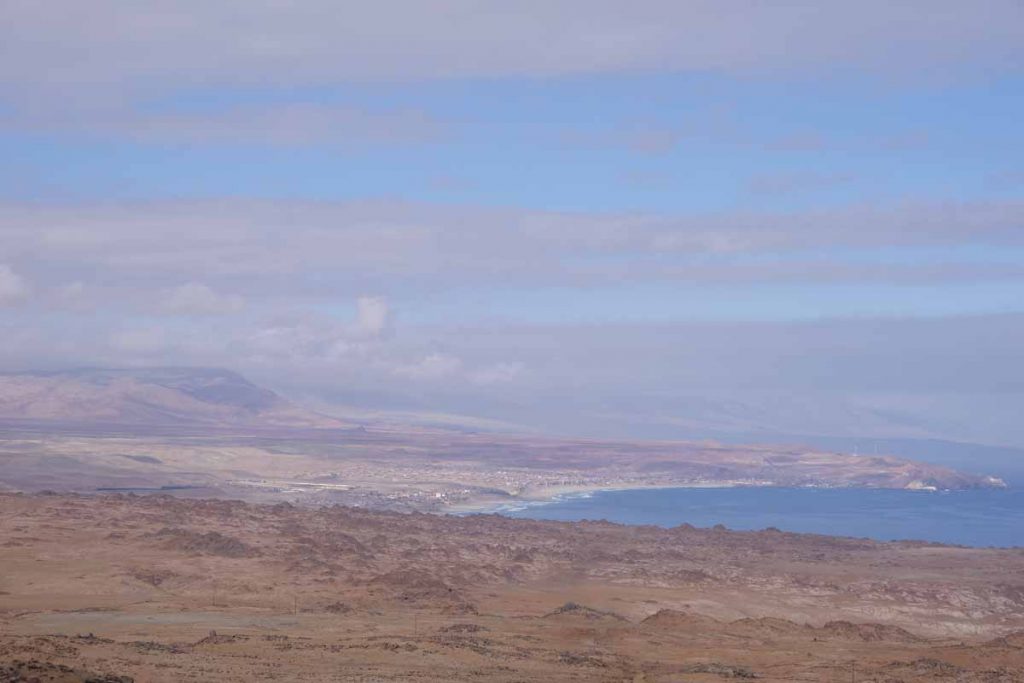 It was nice to finally see Chala down below in the distance. This is a larger town than Puerto Lomas and has several hotels to pick from. Otherwise, nice but long day riding. As best I can tell, tomorrow has similar distance and similar climbing. The wild-card will be the wind. No hotels in between but if wind is stronger, then might be a two-day ride rather than a single day. Will have to see…