Long slow ride today. At times I was in my second lowest gear, on level ground and barely riding 8km/h against a strong head wind. Kept thinking two things: (1) if I can keep this pace, I’ll get in before dark and (2) sure am glad I enjoy this since otherwise it would be tough… 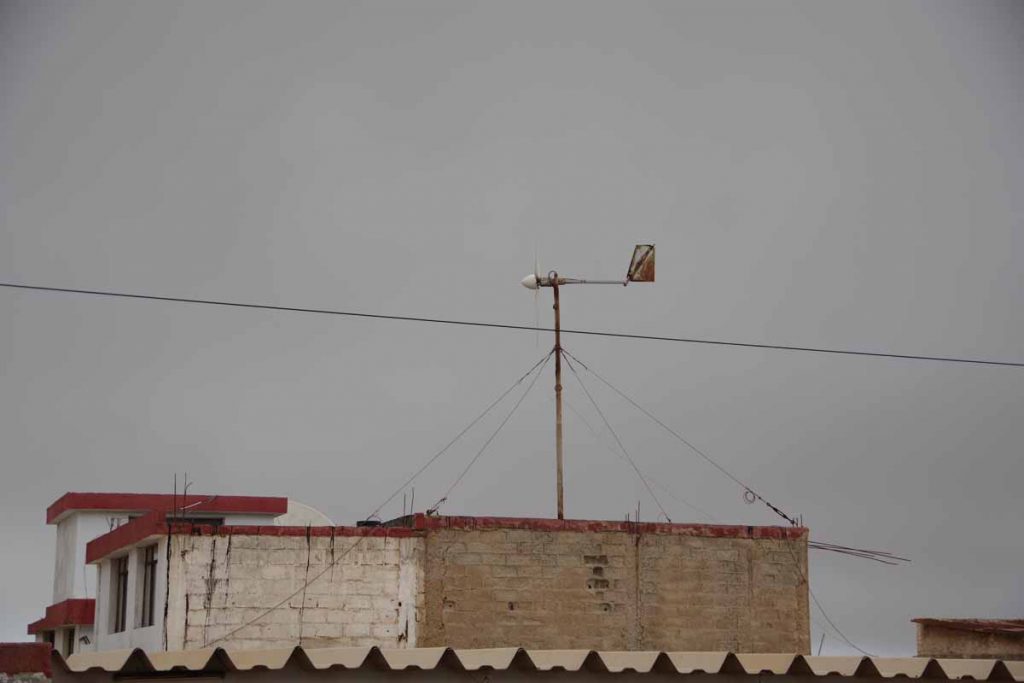 When I woke up in Chala, the wind was already blowing. The weather vane was spinning along as I passed. The road climbed up over a 200m hill in the first ten kilometers. After that, rest of the day was always within 100m of sea level, but still with occasional ups and downs. 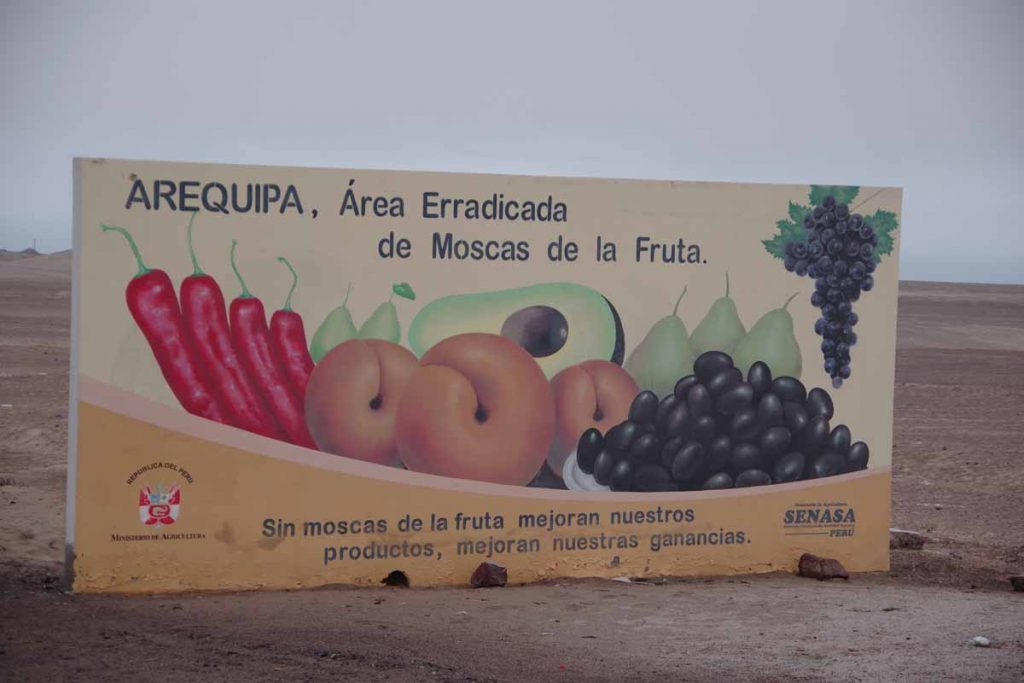 Saw this sign about avoiding fruit flies, but didn’t see much in way of fruit trees today. 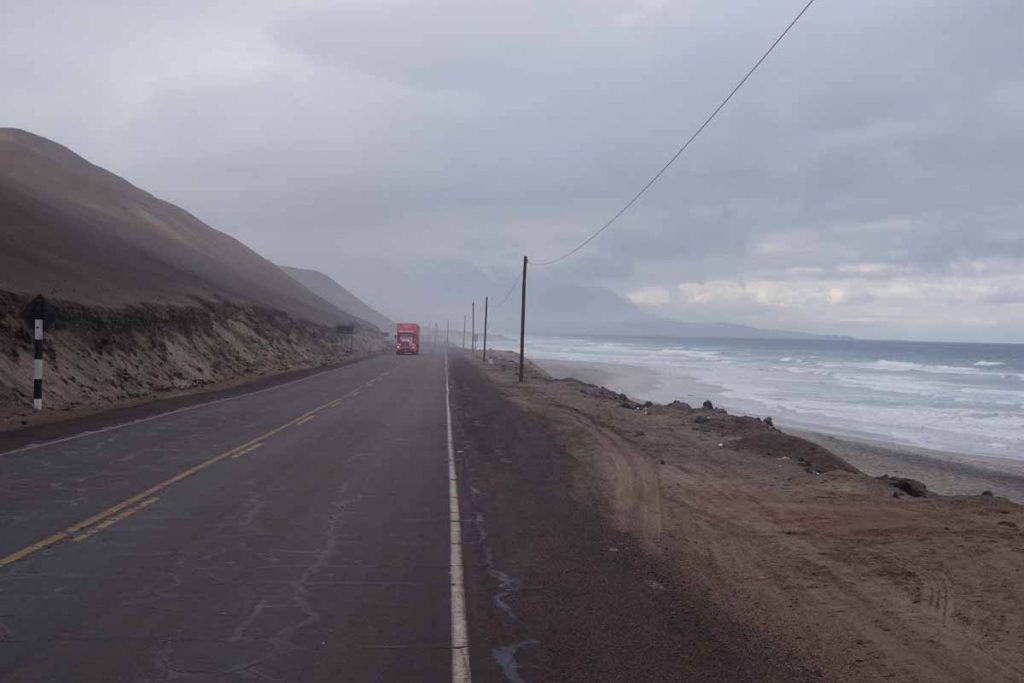 After climbing the first hill, the road came along the ocean. There was a moderate wind and got stronger by mid-morning. 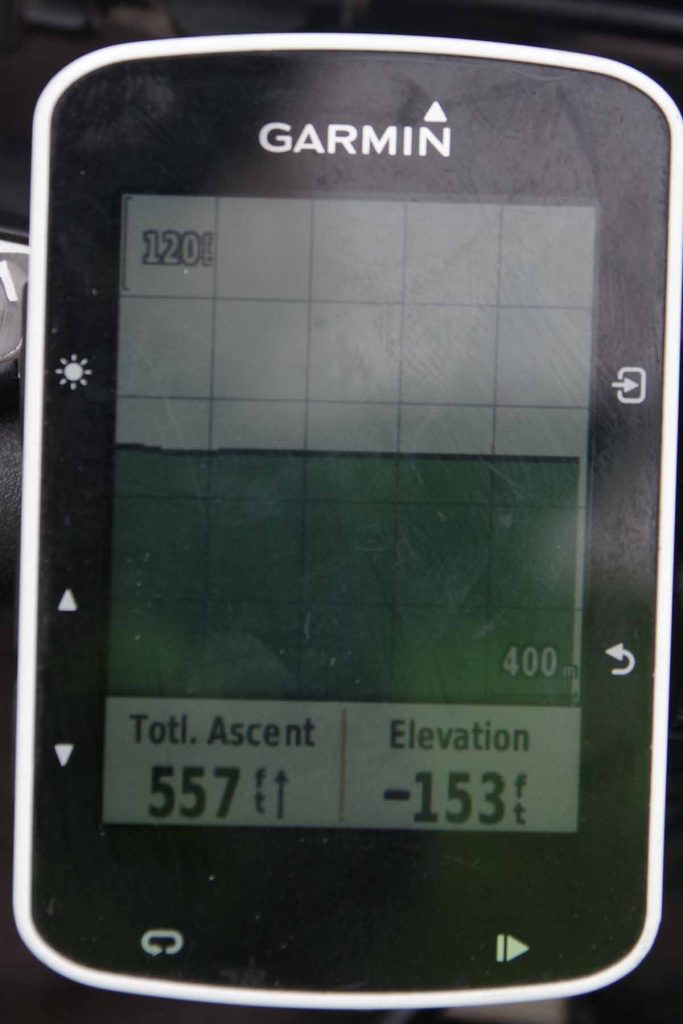 My cycle computer behaved a bit weird by giving me an elevation below sea level. At 33km I stopped at a restaurant and let the computer turn off and on. After that, it gave a better elevation. 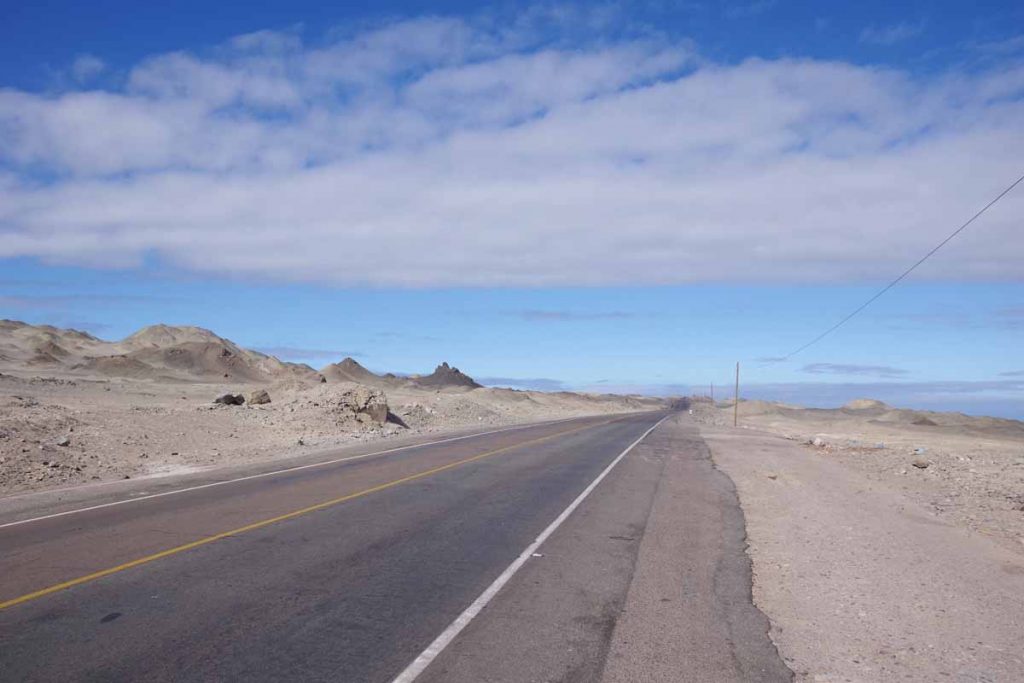 Skies were sunny by mid-morning and then clouded almost to drizzle at end of the day. 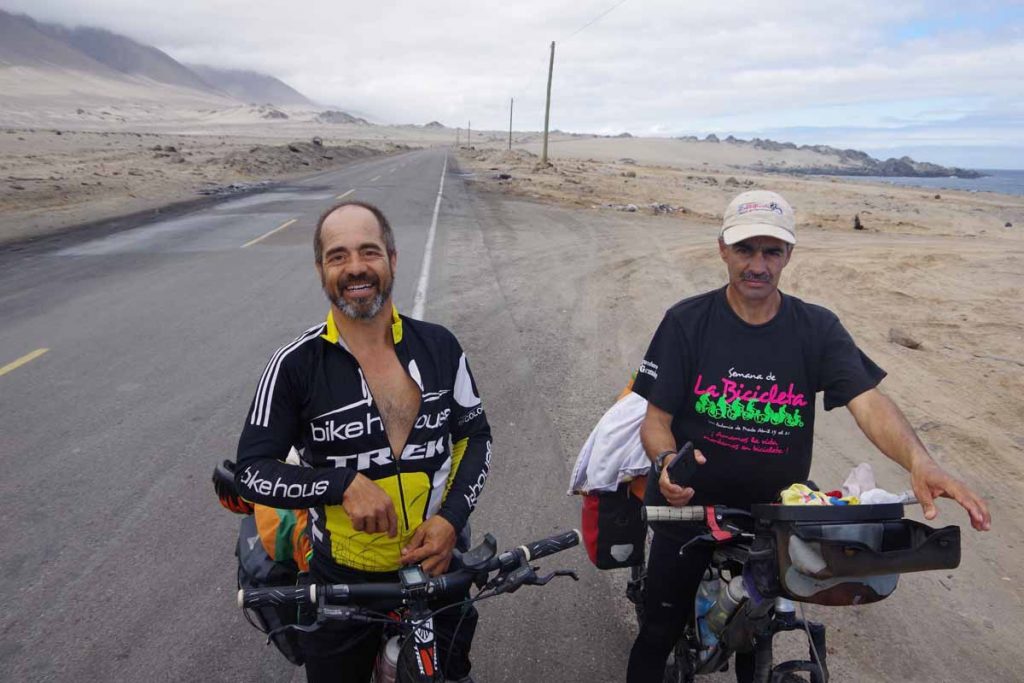 Met these two cyclists zooming along with nice tailwind. I missed exactly where they were from but either Italian or South American (I had asked one in Spanish if he was German based on a clothing item he had, but I think we misunderstood each other since I don’t think they were German). 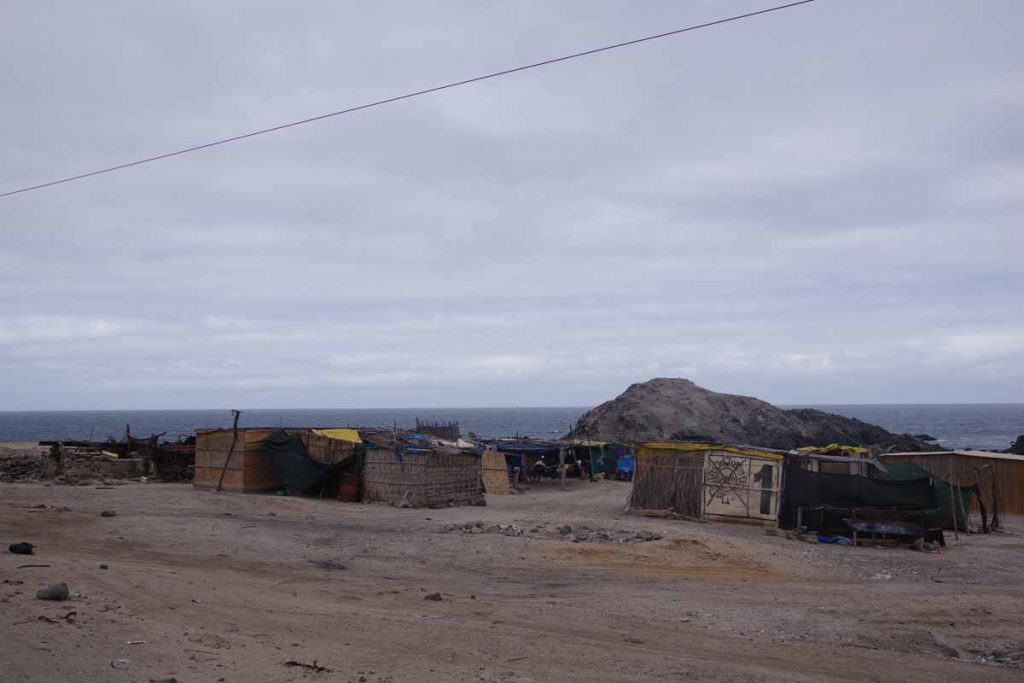 There were these shacks along the ocean. Not sure how many are temporary living vs. permanent, but had dogs come out several times to run after the bike. I’d stop and they would also stop. I’d then point and say “no” and most of them would look around and eventually go back. 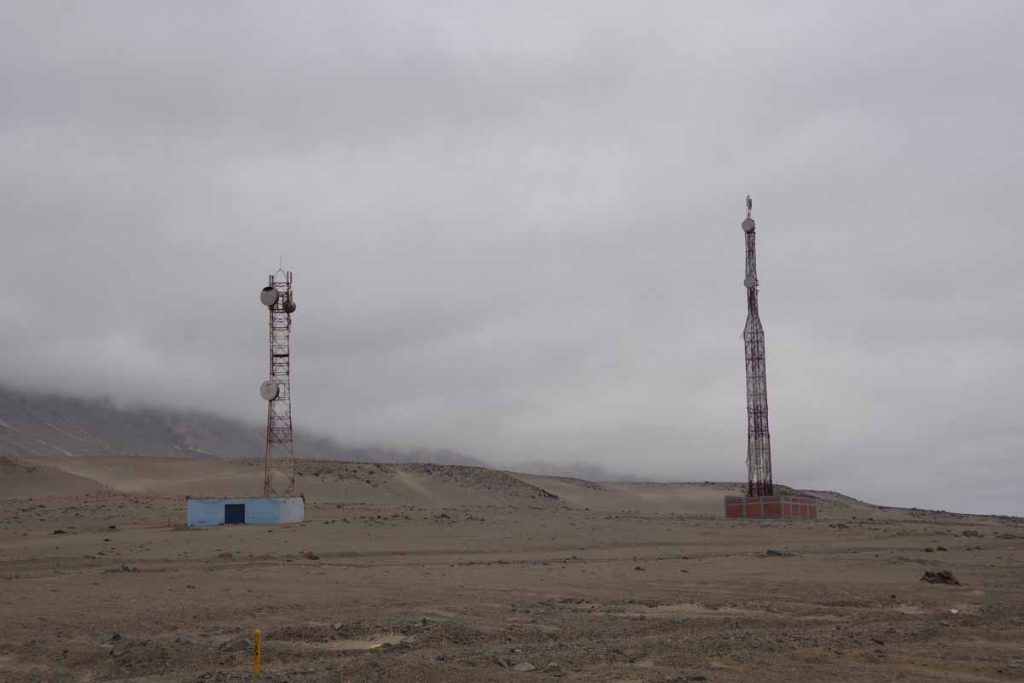 The wind was often strongest as I’d come around these towers. 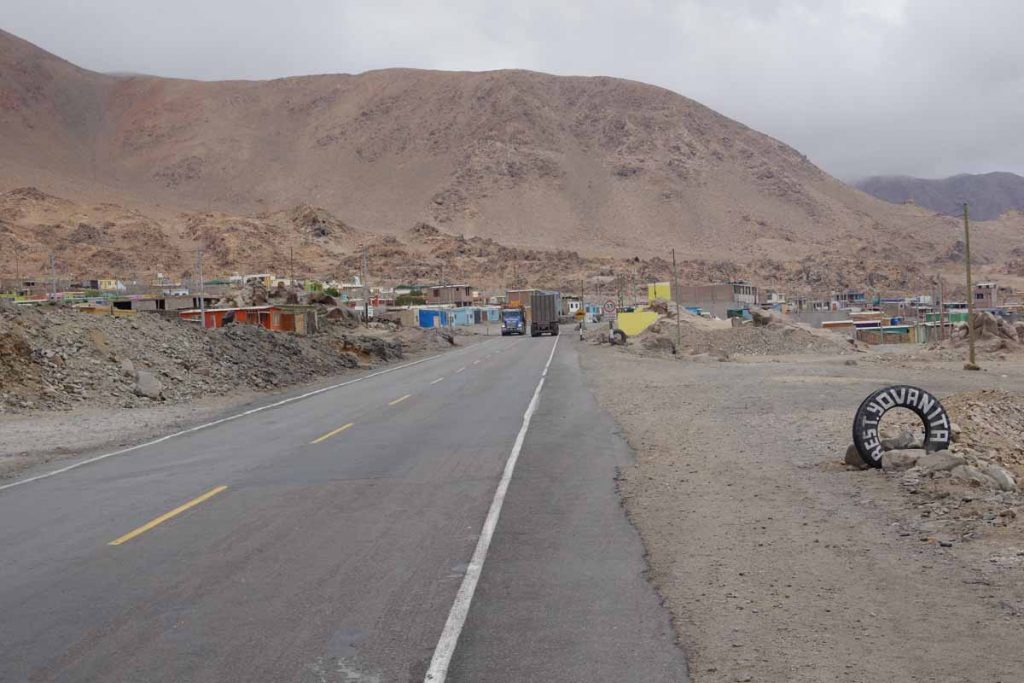 This was the only little town I came through today before Atico at the end. 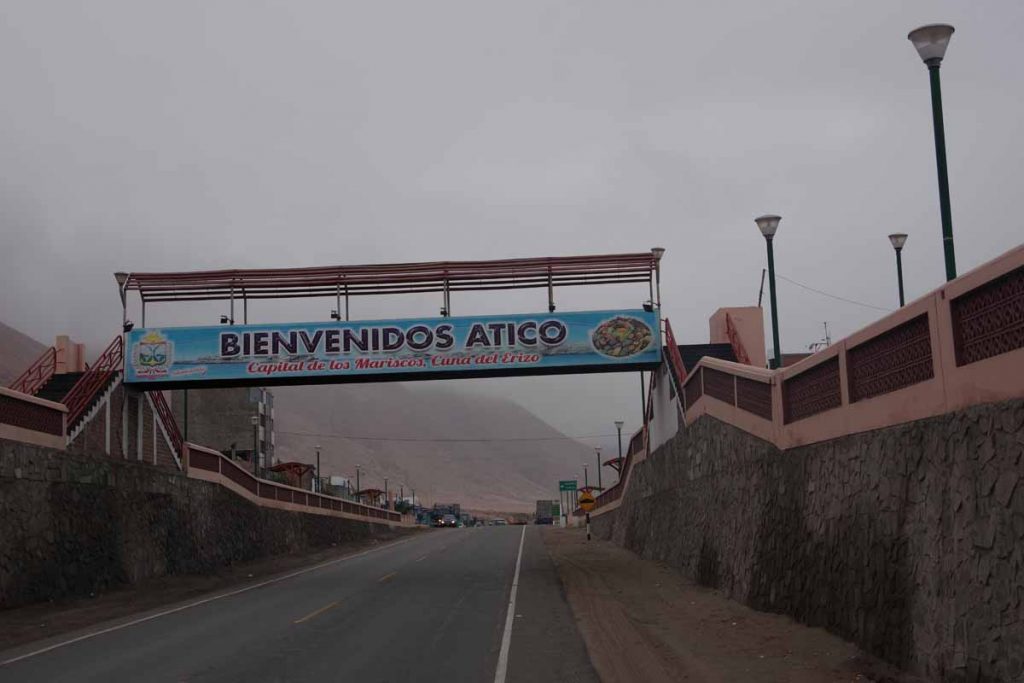 Hooray! Nice to finally get to Atico. My average for the day was only 11km/h but nice to cross the distance rather than camp somewhere along the way. Planning a rest day tomorrow and booked a hotel for two nights. There isn’t much here in Atico, but the next 74km have a lot of climbing (~2800m according to Google Maps). Not sure if I’ll cross it in a day, but will be in better position with fresh legs.