A day to be a tourist and plan some additional details for Bolivia. 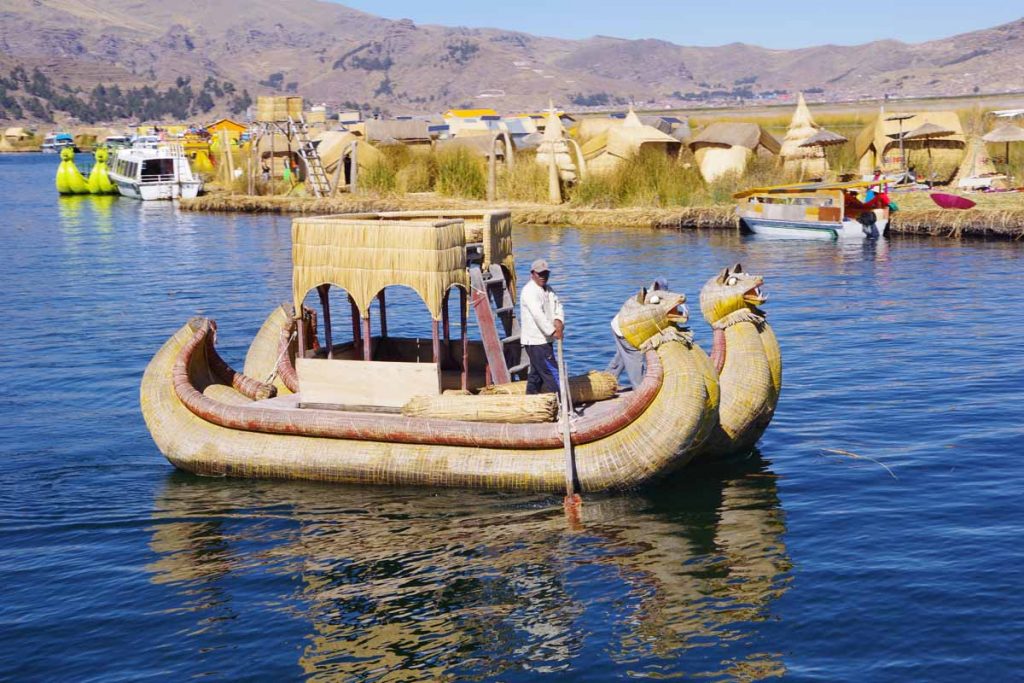 This morning I took a boat tour to the floating islands near Puno. These are inhabited by Uru people and hence are also referred to as the Uros Islands. 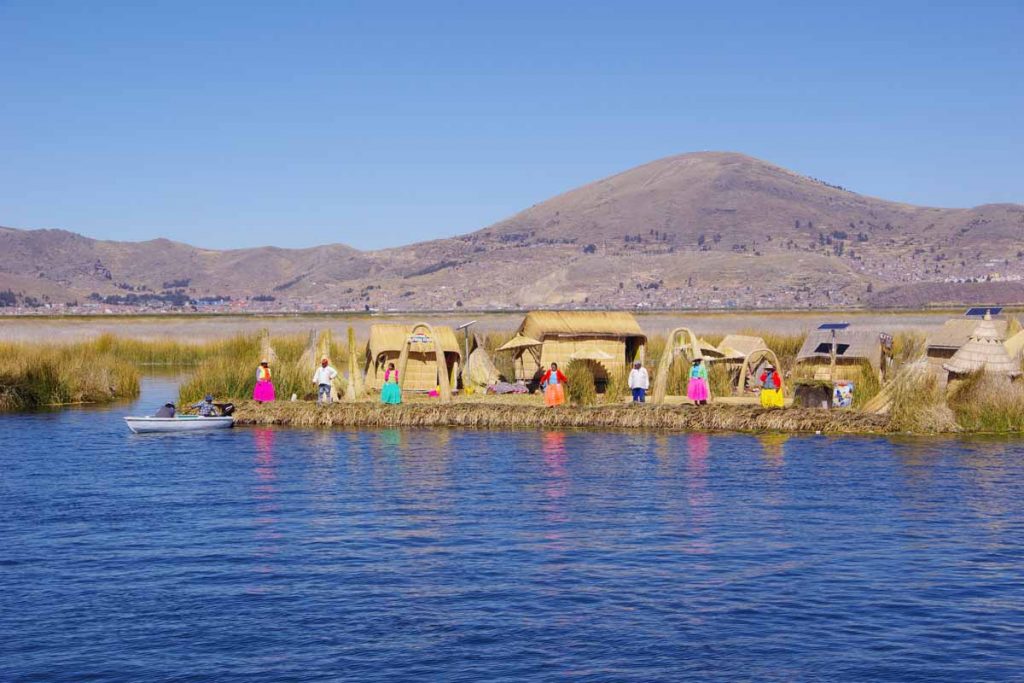 It was about half an hour slow cruising on our tour boat to reach the islands. Each island has half a dozen structures and is inhabited by five to eight families. Hence, our boat picked one of the islands and locals there provided a tour, allowed photos and otherwise hosted. It was fun. What I actually found most intriguing was feeling the ground move up and down as the island bobbed in a wake of a floating boat. 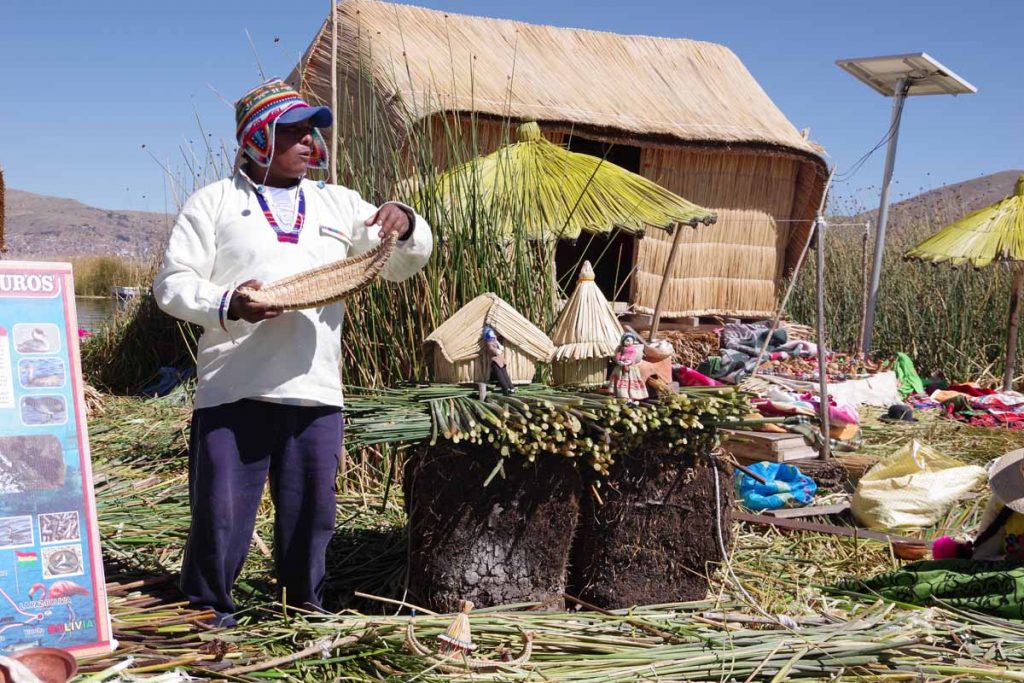 The explained how the island was constructed. 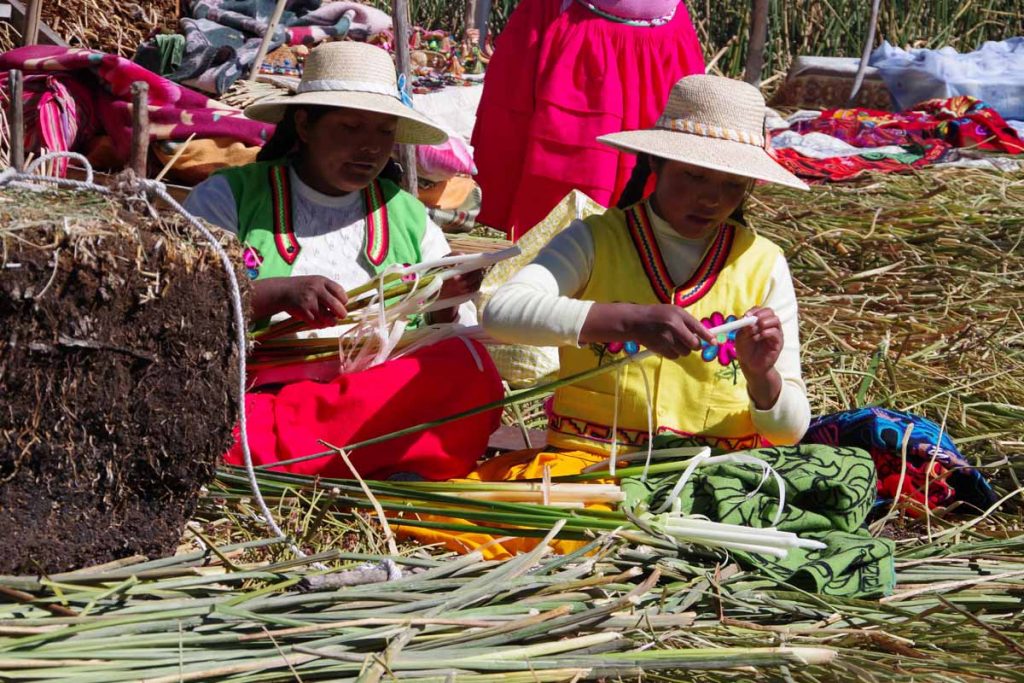 The sold and showed handicrafts. 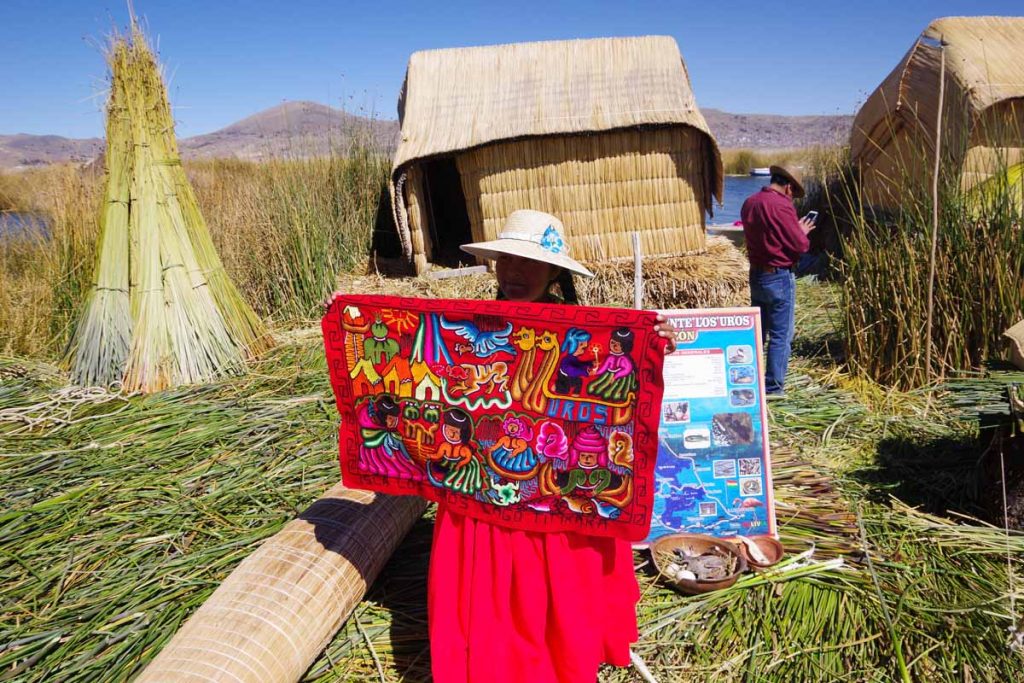 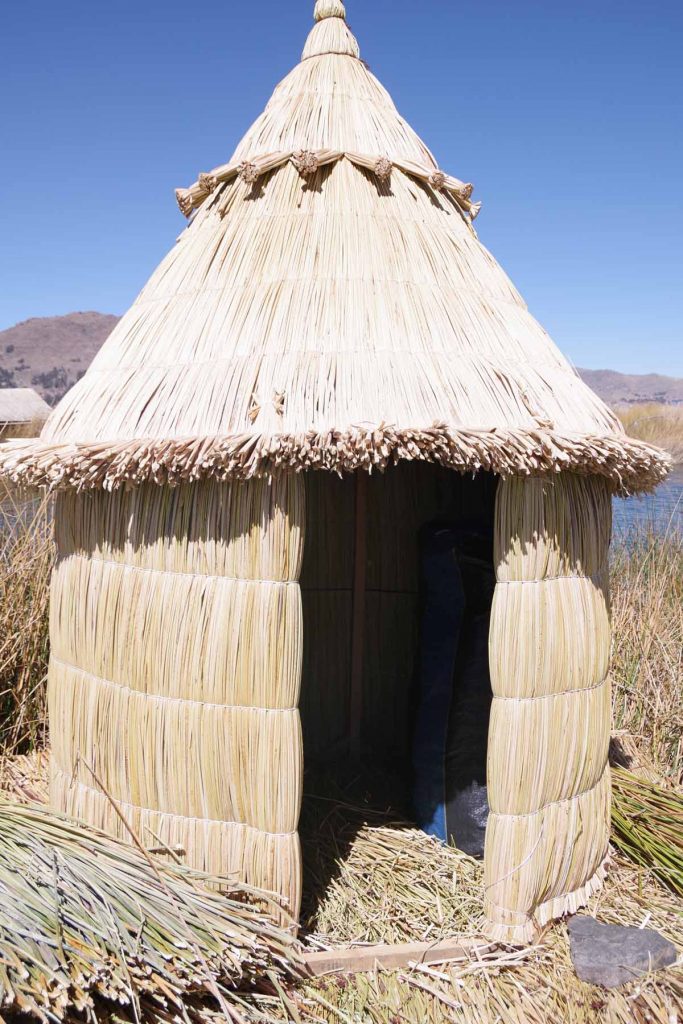 One of the huts in basic original form. 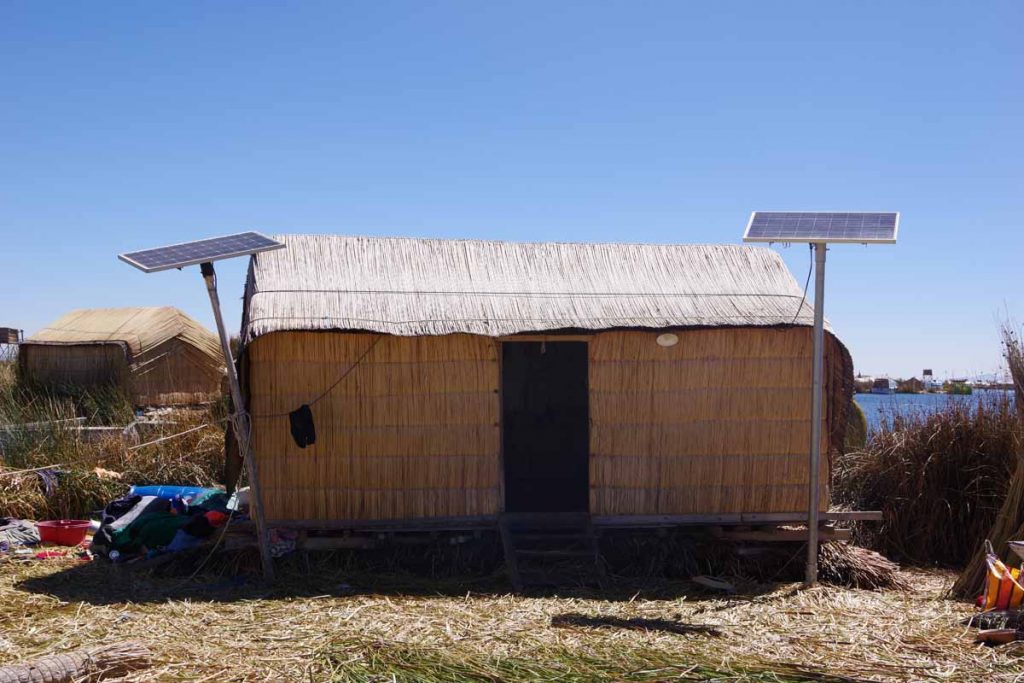 One of the huts in newer revised form. Also interesting to see the solar panels that drive electrical items including lights and televisions. 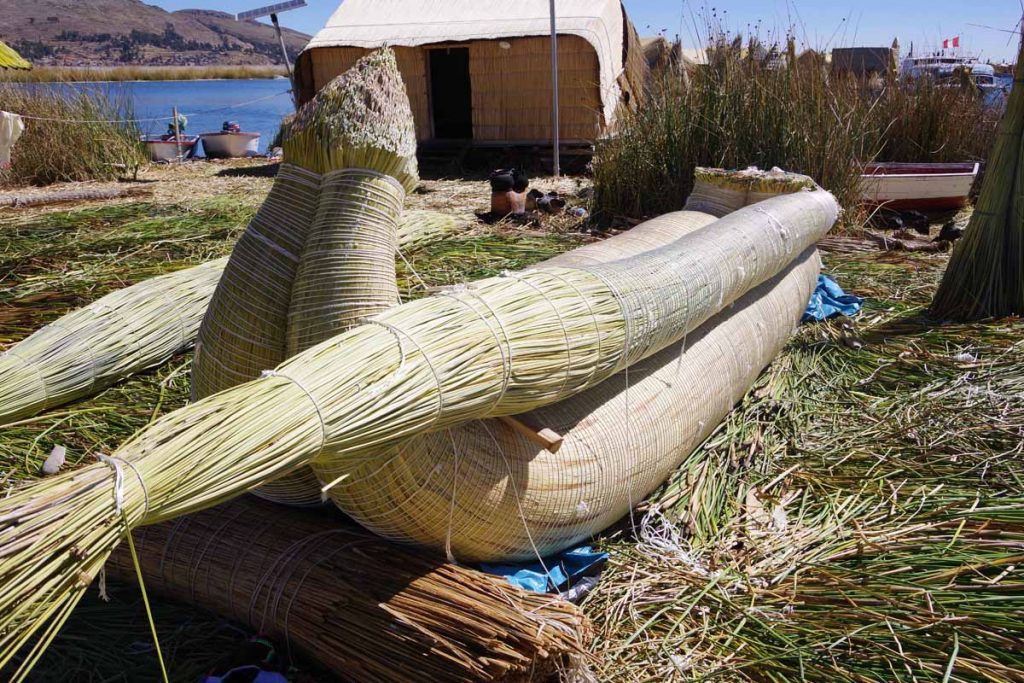 Construction of a boat. These used to last only a few months. However, newer construction methods that use both nylon line and plastic bottle materials (up to 1000 per boat) will make them last several years. 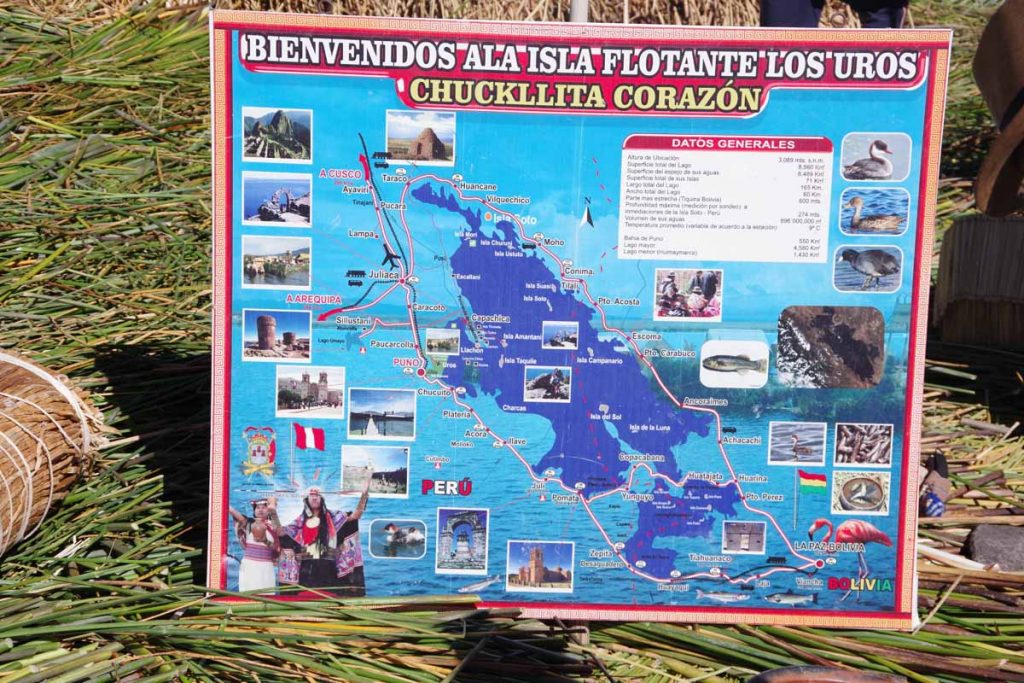 Also a good overview of the lake. As a whole half day was reasonable amount of time to get a good perspective.

I have also been looking through blogs and planning a bit further on the ride across Bolivia. The general idea is to first go to La Paz (~300km) and then fairly directly via Oruro, the salt flats at Uyuni and cross the border at Villazon. Until La Paz, there will be more towns where hotels have wifi. After that, it will be hit and miss with some larger gaps between internet service. One blog I read had seven days without wifi between Oruro and Uyuni and they were making reasonably long days through harsh terrain, so I might have that or longer. 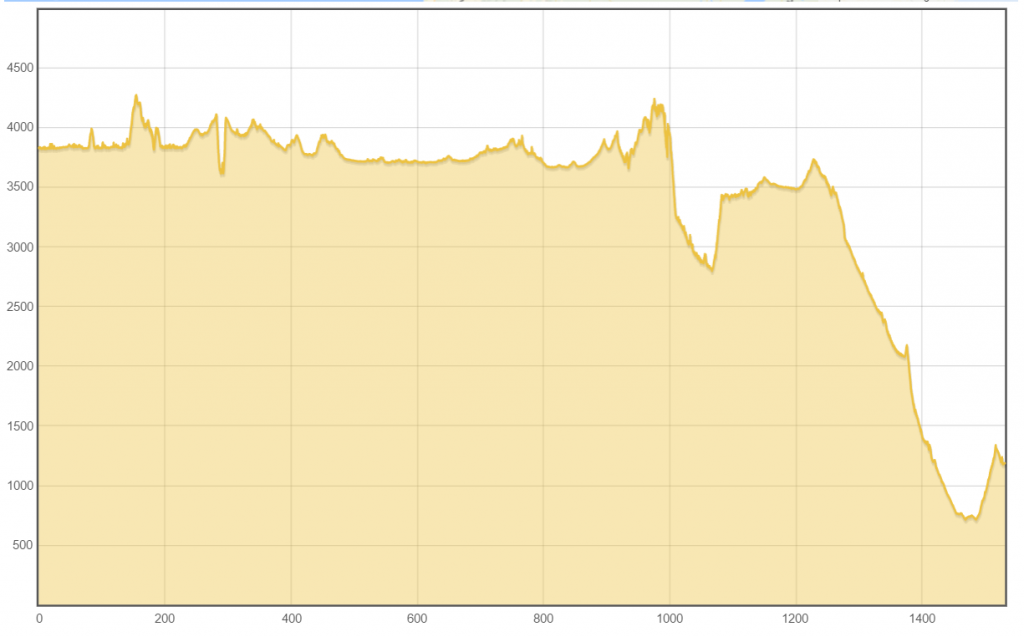 Fortunately, there are not huge amounts of climbing involved. In total, expecting ~1650km until Salta through some beautiful but harsh terrain. Nights will also be cold until I descend off the Altiplano.

Also did a quick sync with how my riding pace is going relative to TDA:

TDA expects to have a rest day in Puno on September 27th. This means I am now approximately 70 days ahead. I left Cartagena 83 days ahead of their July 9th departure. So roughly speaking, it has taken me 3 months to travel what TDA will ride in 2.5 months and they will have “caught up 13 of the original 83 days” by the time they are in Puno. Of course their route is also a little longer and with some more gravel roads and challenging riding that I bypassed.

From Puno to Puerto Montt, I have approximately four months and TDA will have just slightly less than two months to ride a relatively similar distance but with TDA again occasionally picking tougher roads. In any case, those extra 70 days will be caught up on way to Puno.

An interesting blog for TDA trip can be found here. The TDA pace was to ride from Caucasia to Medellin (over the first set of hills) in three riding days. I took five days and a rest day.