I have had a relaxing week in Mendoza. One day with some drizzle but otherwise comfortable if slightly cool temperatures. 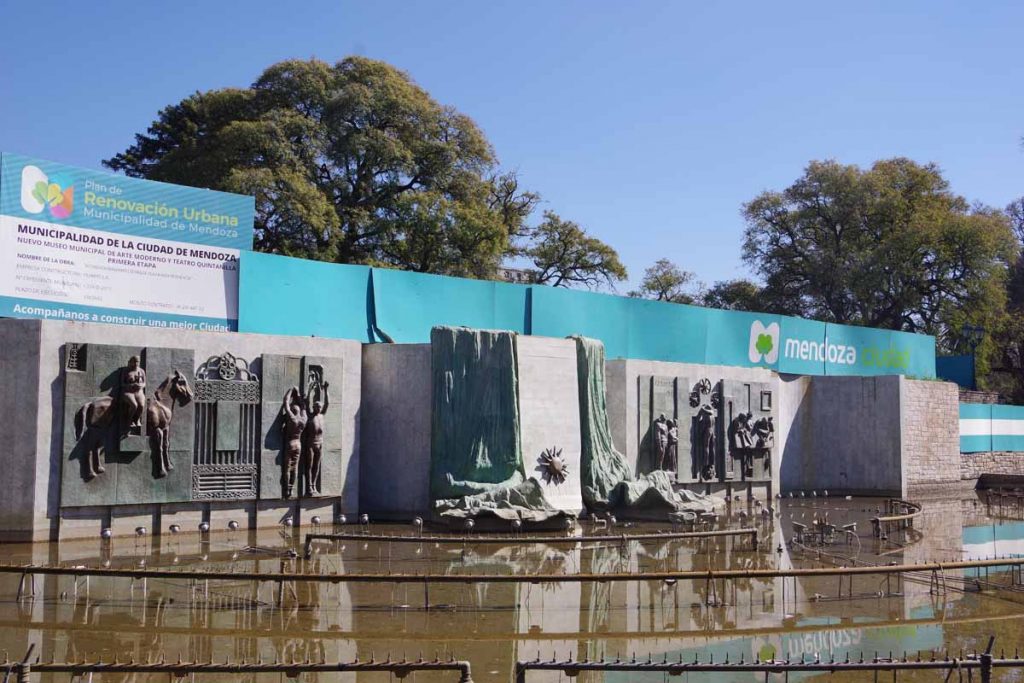 In the middle of Mendoza is a large Plaza Independencia. 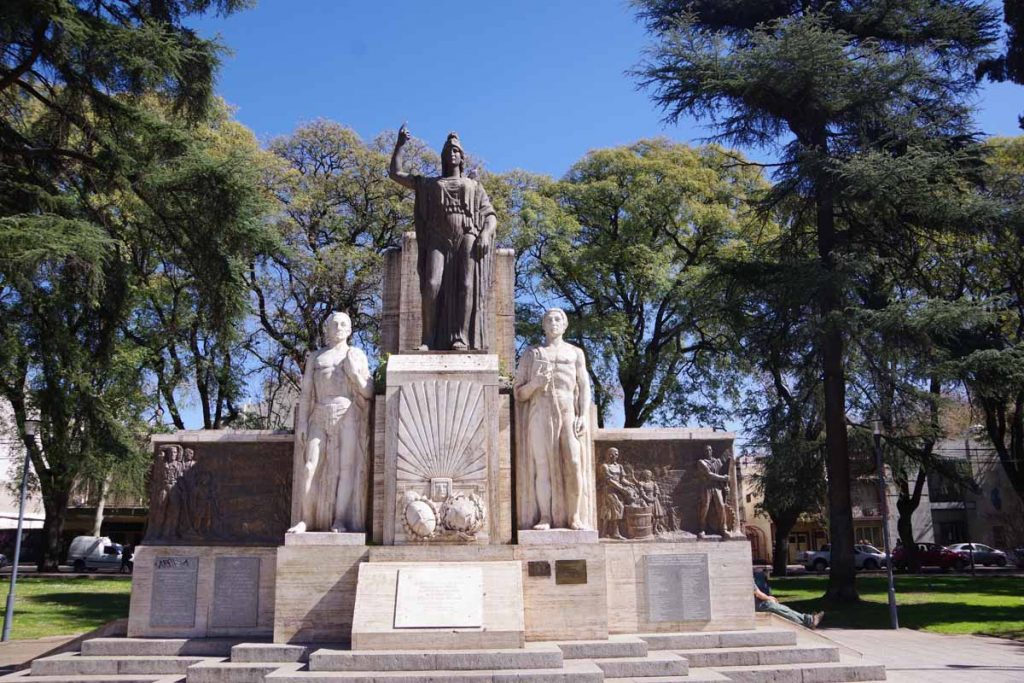 Two blocks up and over in each of four directions are four other smaller squares. On a map the layout would be a “5” on a dice. 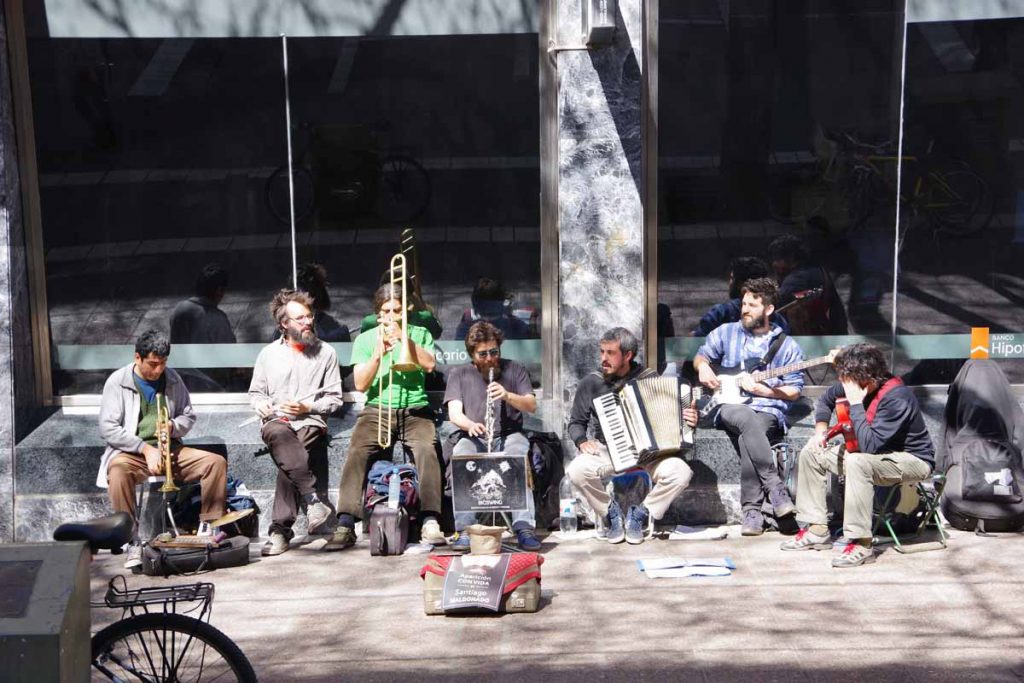 There is a pedestrian mall with the requisite cafes and street performers. 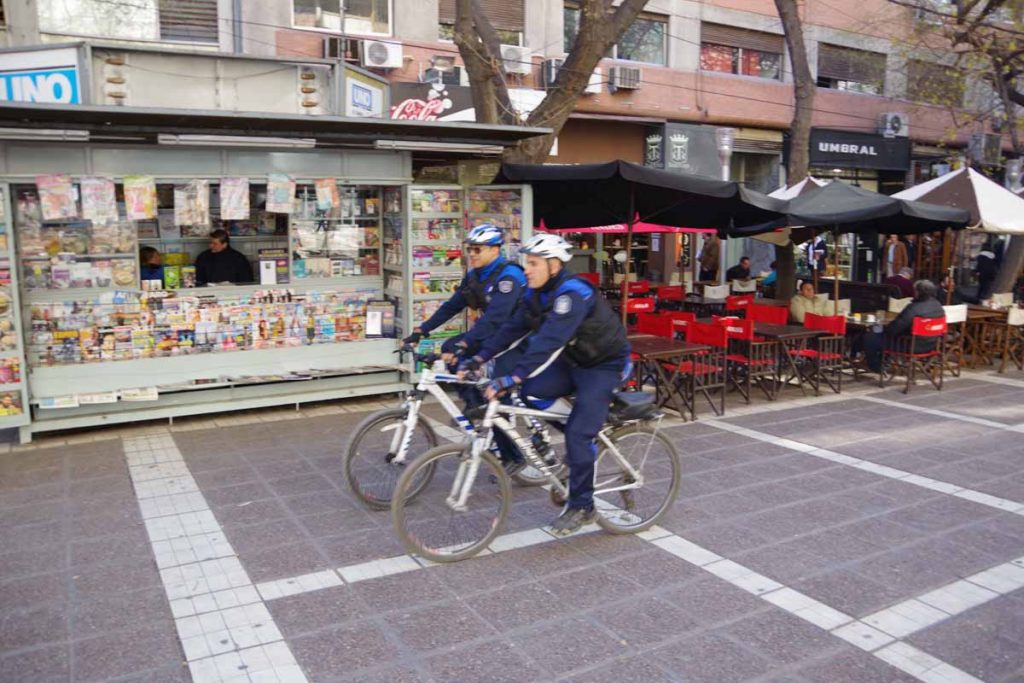 Police ride bikes here to patrol the pedestrian mall, though there are signs prohibiting others from riding bicycles on the mall. 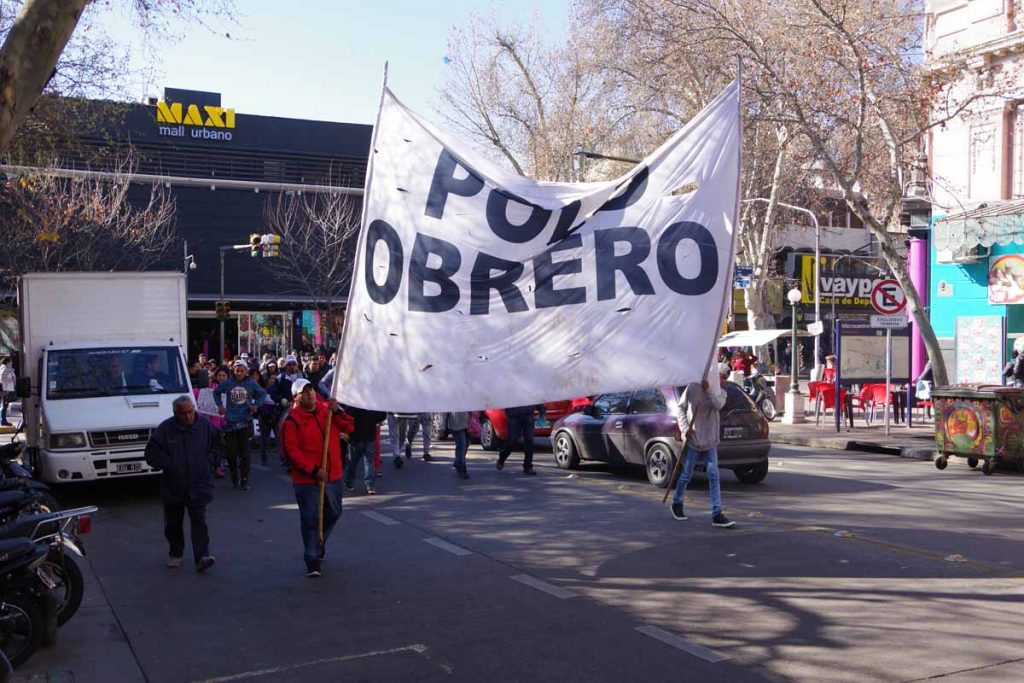 There was a small protest that came through one day. 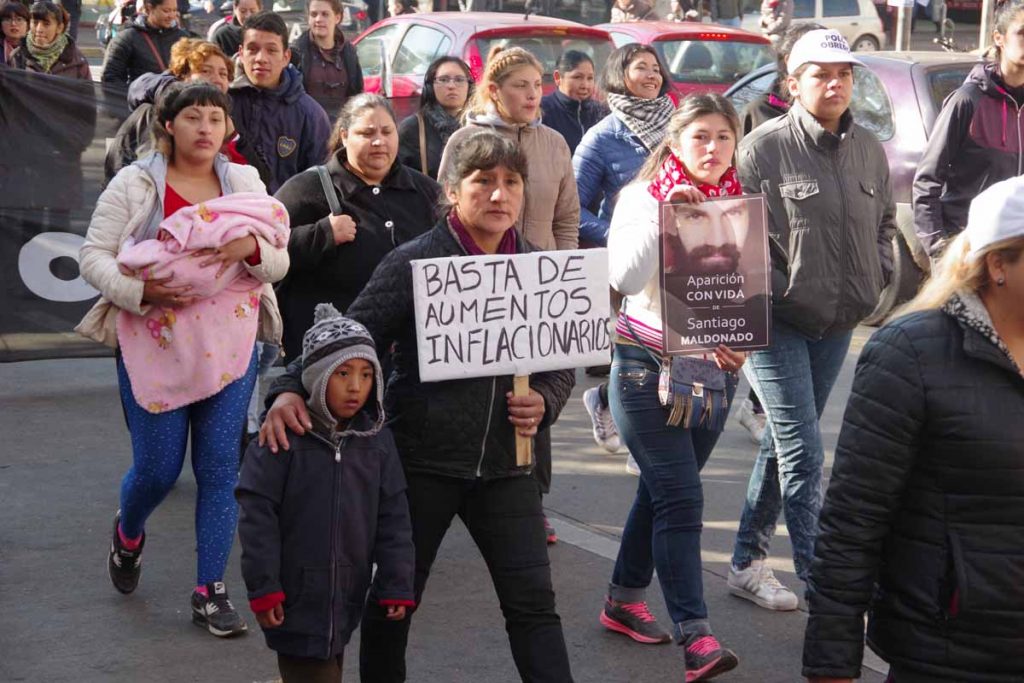 I believe the cause includes stopping inflationary increases. 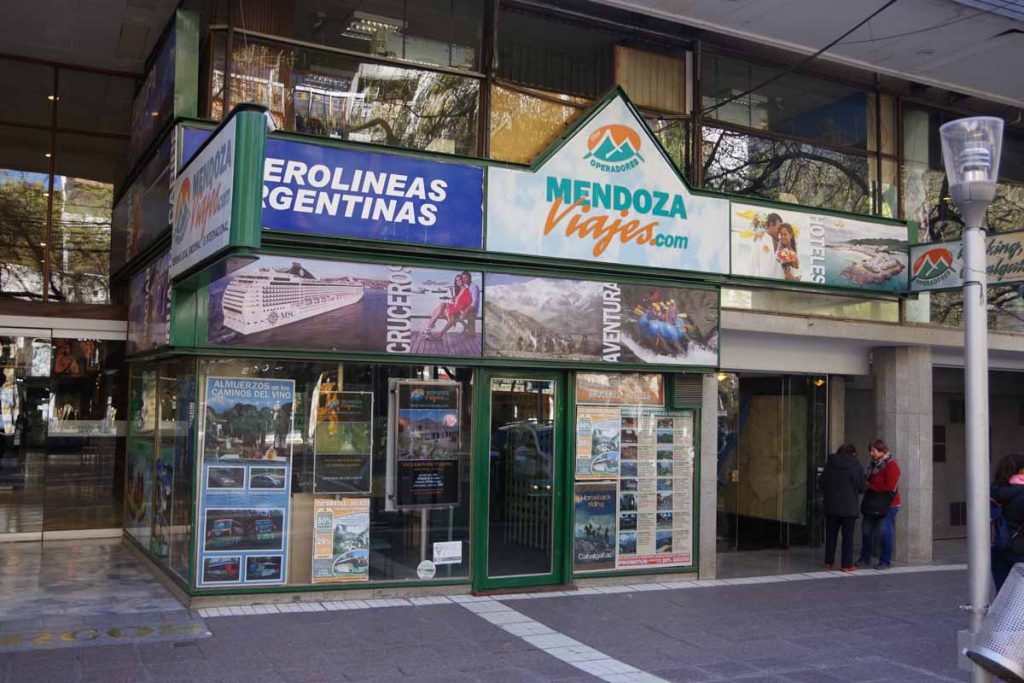 There are shops that sell package tours. I looked briefly at them though none of them seemed particularly exciting. Popular trips seem to include wine tours as well as “alta montana” to go high up into the mountains. There also appears to be horseback riding and rafting though I am not sure the rafting is currently going. 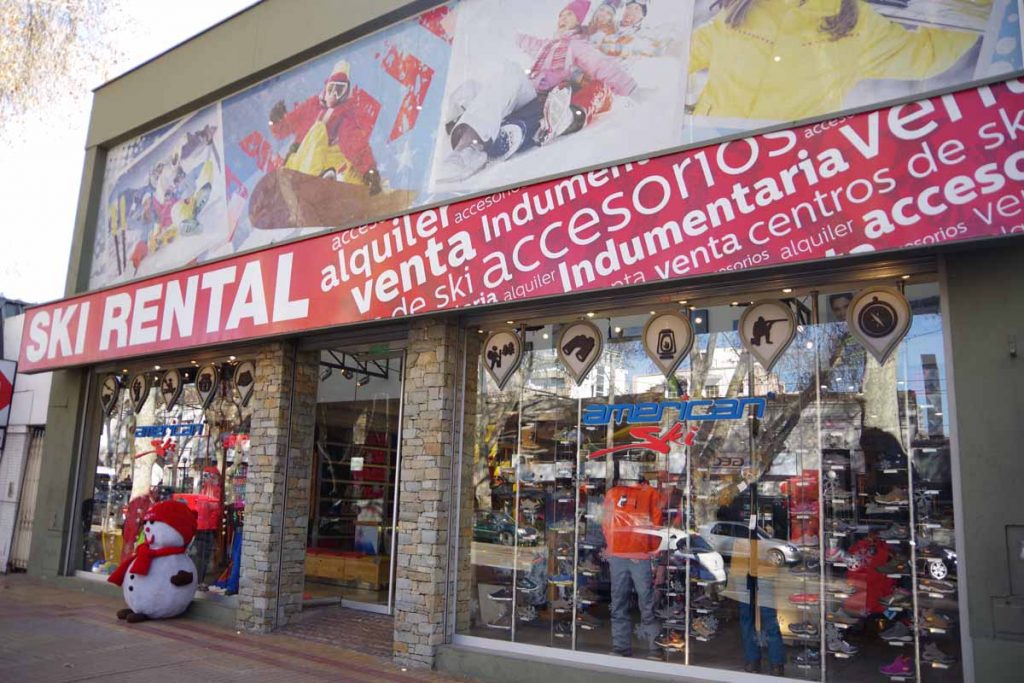 It is still the end of winter and looks like they are still skiing higher up in the mountains.

I brought my bike in for service. It was time to replace a worn chain as well as a cassette. Otherwise, the bike seems to be riding well. My plan is to fly to Colorado in a few days. It will be some long flights surrounding a short trip. On the way outbound, I have overnights in Santiago and Los Angeles. On the return, it will be an overnight in Miami and one in Lima, Peru.

Otherwise mostly relaxing and also started working further on a project to write out a Microsoft Word document describing the previous five long trips I took before this one. I mostly have detailed journals on a web site, but the idea is to remove some of the redundancy (we rode, it was long, it was hot, we stopped. Next day we rode,…) and focus on highlights of these trips. It is some work and will still require some careful editing, though I’ve got a little over 58,000 words written out and more still to finish. 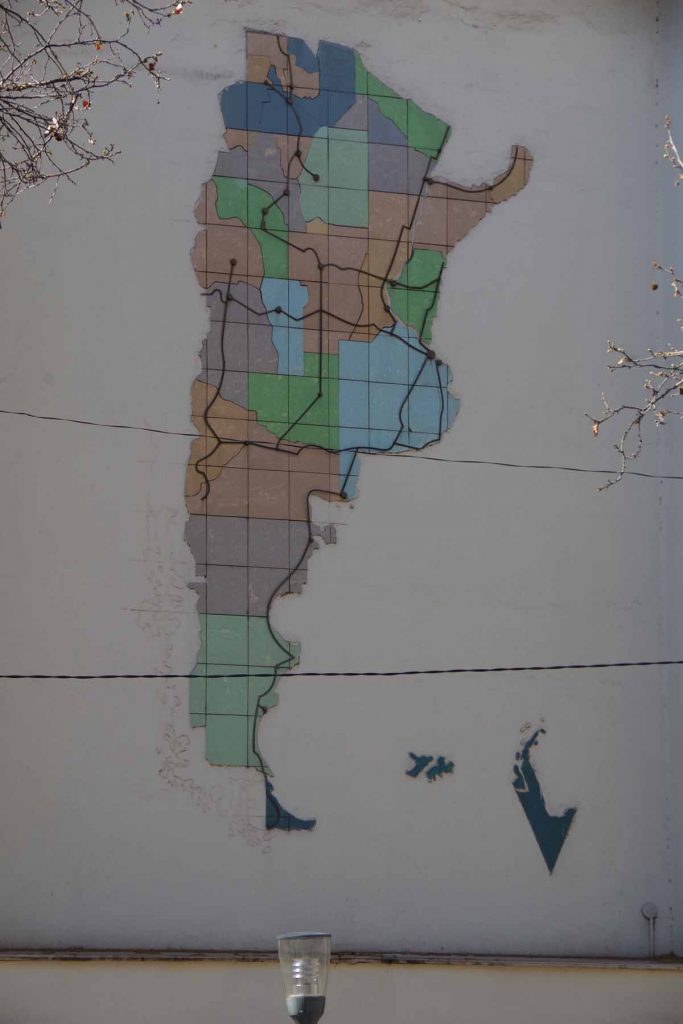 Mendoza is the middle purple colored province on the map above. I’ve spent some time reading other journals to get an idea of the route and travels from here south.

The rough plan would be to continue on Ruta 40 along the east side of the Andes to Bariloche and then cross over to Puerto Montt and meet the TDA ride. 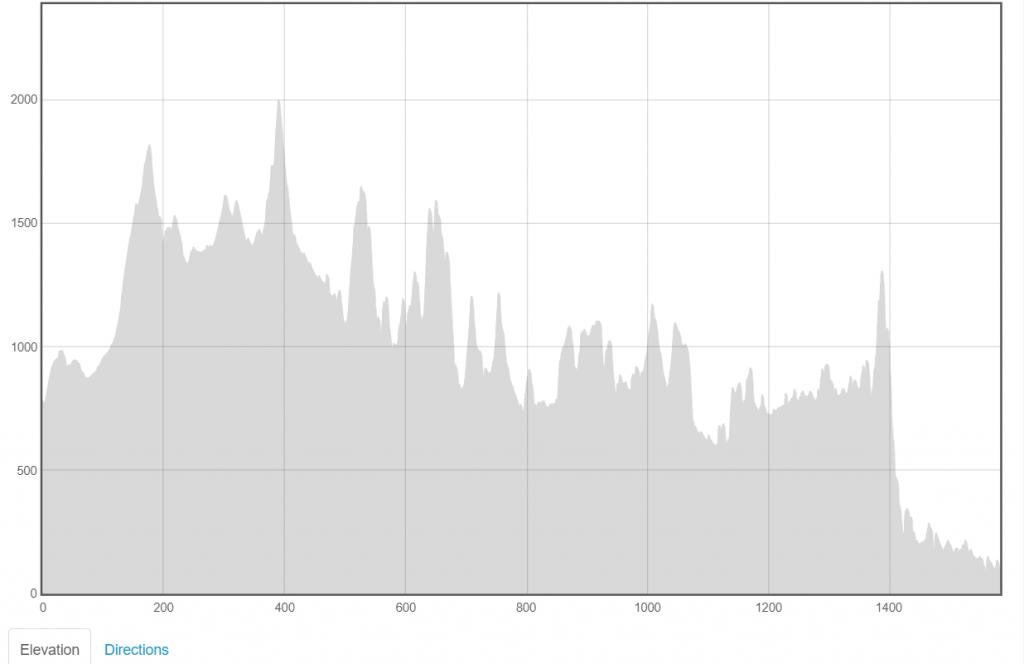 The elevation of this route is not particularly high, though it may get colder as I go further south. In addition, chances of rain seem to increase as well.

After returning from Colorado, I expect to have just over two months to get to Puerto Montt. That is roughly twice as much time as my typical pace has been these past months of cycling. As I’ve looked further, I’ve mulled a few possibilities:

All these alternatives essentially start out with a ride southbound from Mendoza and I can wait as that unfolds to see if I end up with any extra time and if so where I might spend it.

Otherwise, a nice and relaxing change of pace in Mendoza as I prepare for a flight back to Colorado and followed by a continuation of the trip southbound.