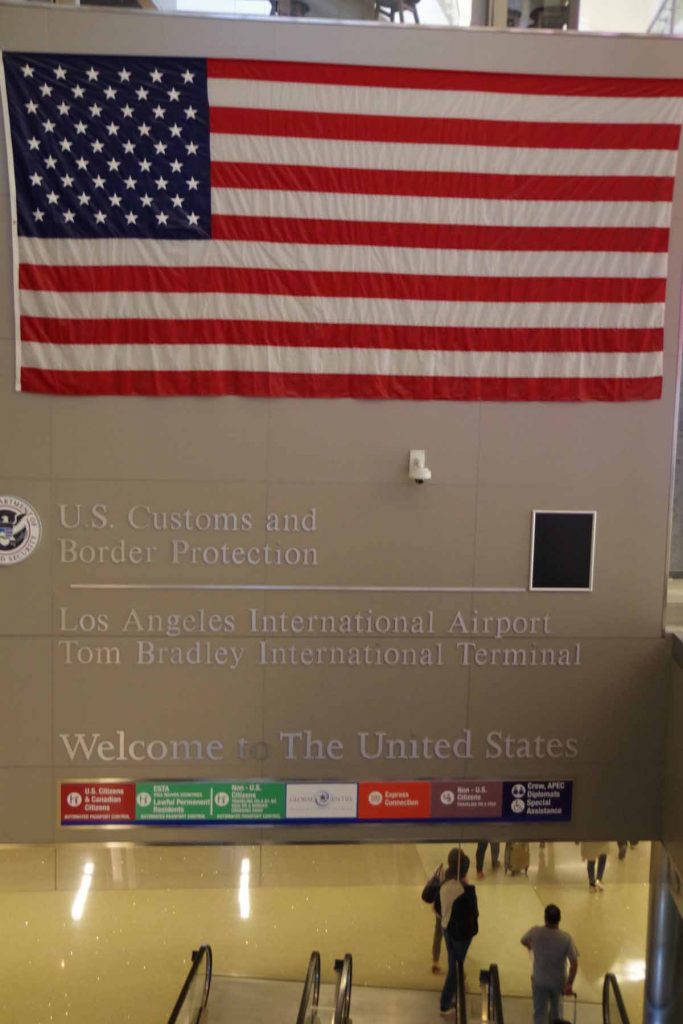 My short visit to the US is drawing to a close and tomorrow the plan is to fly back to Mendoza and continue my ride.

It was a short visit but I got the major items accomplished. I had ordered bike tires, brake pads and a new rotor via Amazon so will return with spare parts I need. At the same time, decided to replace a few worn items. After 14 months my bike gloves were developing holes and my Camelbak had ripped and been very worn so both were replaced.

I also got a few things in anticipation of the TDA ride. In particular rather than having four separate panniers, a tent, a sleeping bag all as separate items, TDA requests participants to use two 90L duffel bags, so I got those but now will need to carry them with me. I also expect somewhat wetter and colder weather so I left behind a pair of shorts instead have two pairs of long cycling tights.

I hadn’t been using my stove much, so I brought it back as well as my extra sleeping bag. Overall a productive exercise to get everything renewed and updated in anticipation of cycling the last 1/3 of South America. 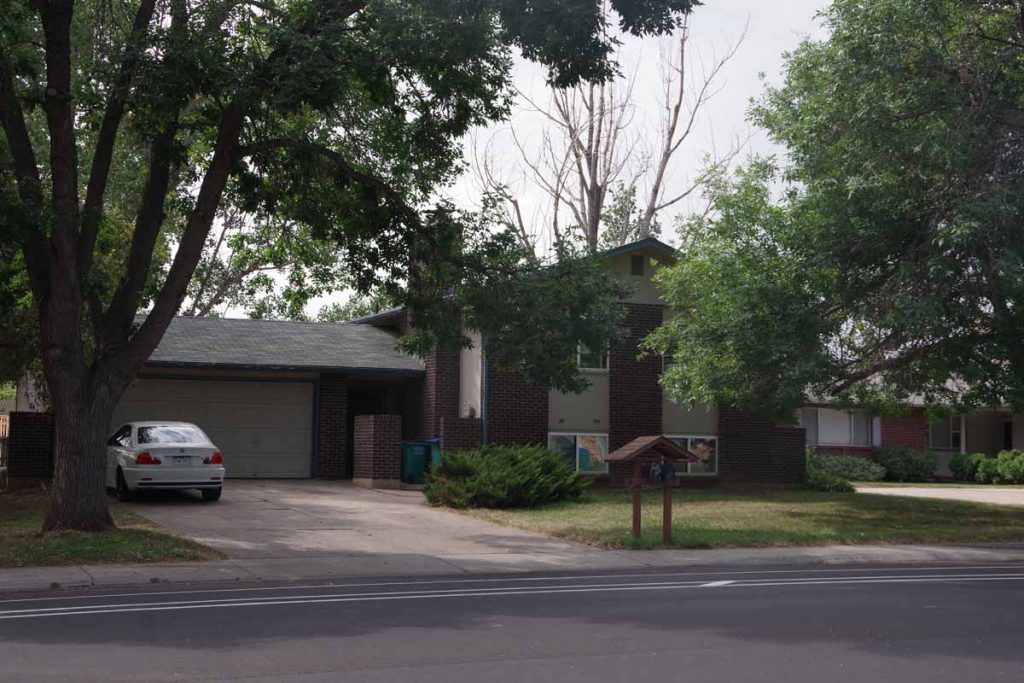 Meanwhile, it was also a good opportunity to catch up with a few people as well as on my duplex in Fort Collins. Also a nice to visit with my parents and brother. 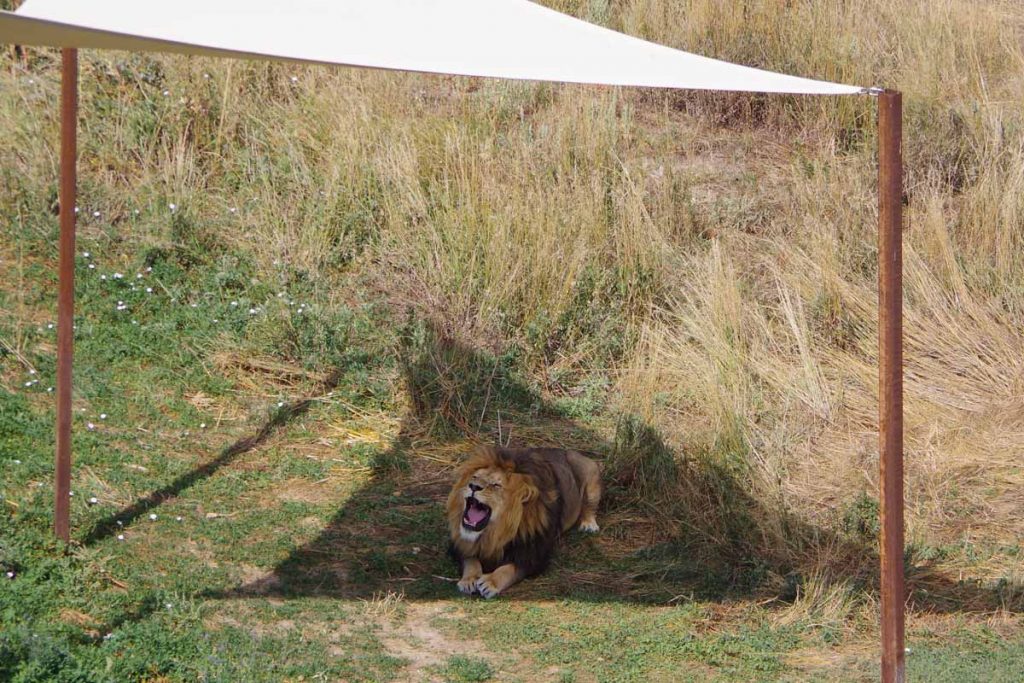 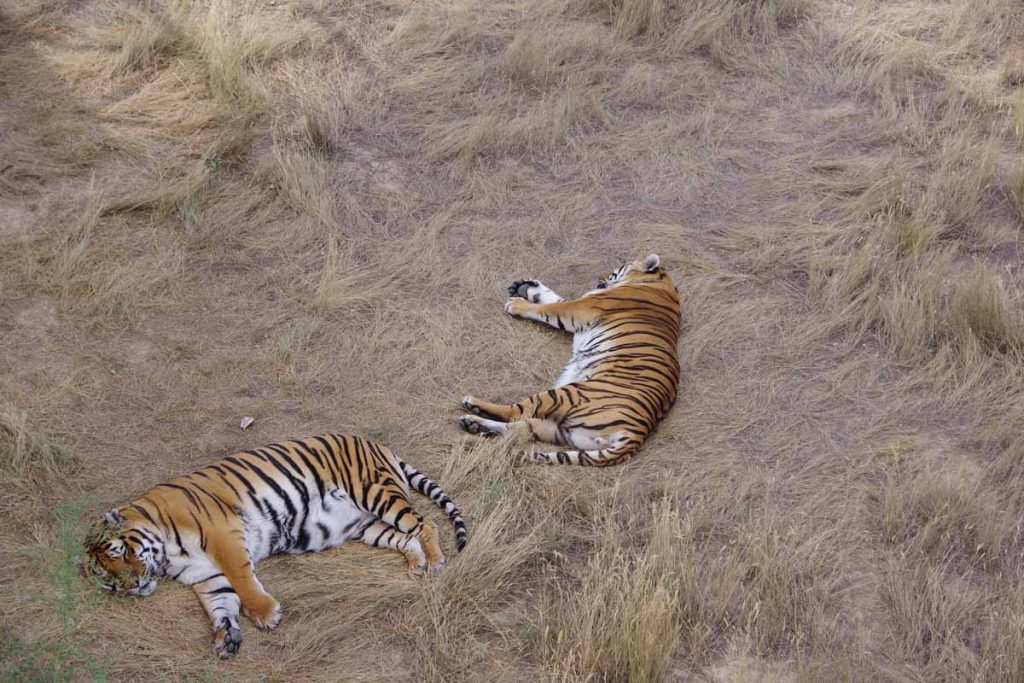 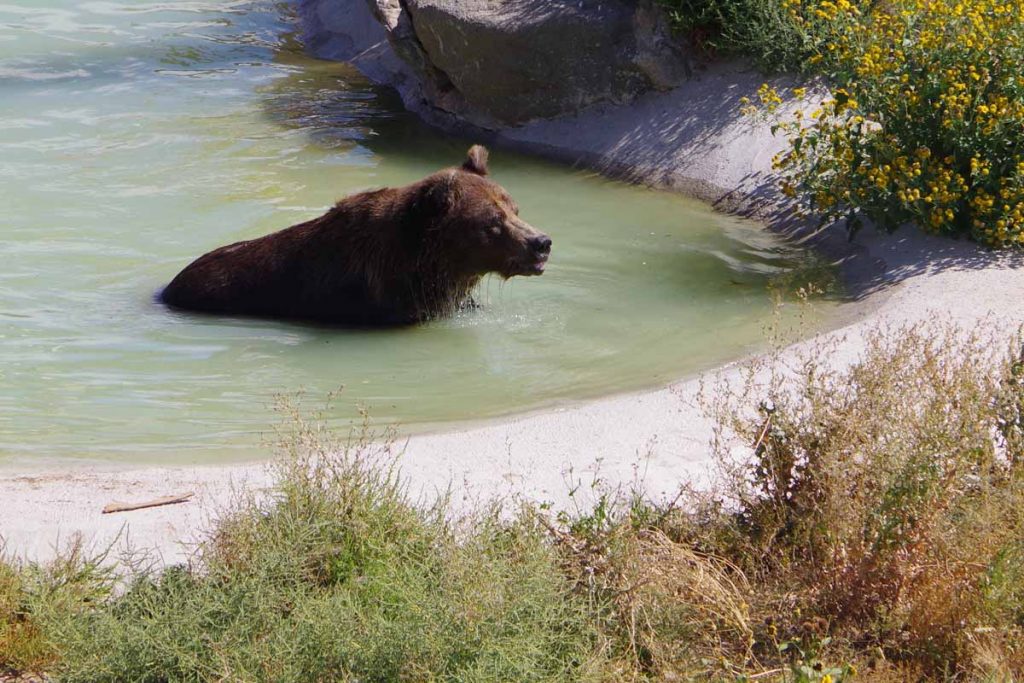 We visited the Wild Animal Sanctuary in nearby Keensburg, Colorado. This is a somewhat unique type of rescue that gets large animals that are often in some horrific conditions and might otherwise be destroyed. What is unique is most of these animals have never been truly “wild” and hence could not just be re-released. 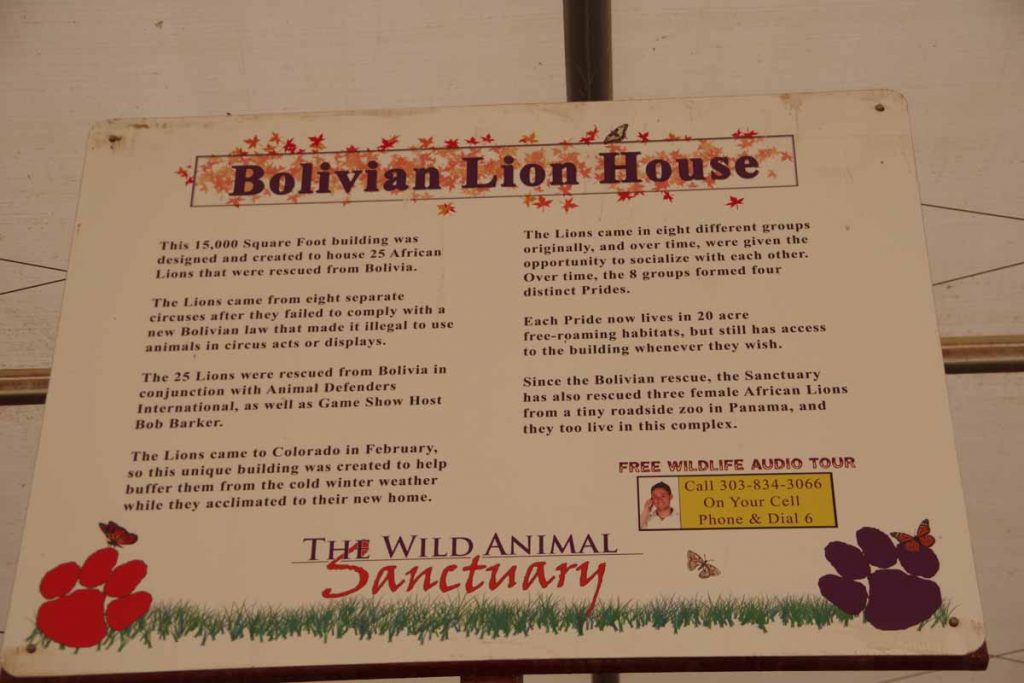 As a good example, the Bolivian government passed a law banning the use of lions by circuses. The rescue group ADI stepped in to save 25 animals that would otherwise have been killed. These animals were flown to Denver and ended up at a specially built lion enclosure at the sanctuary. 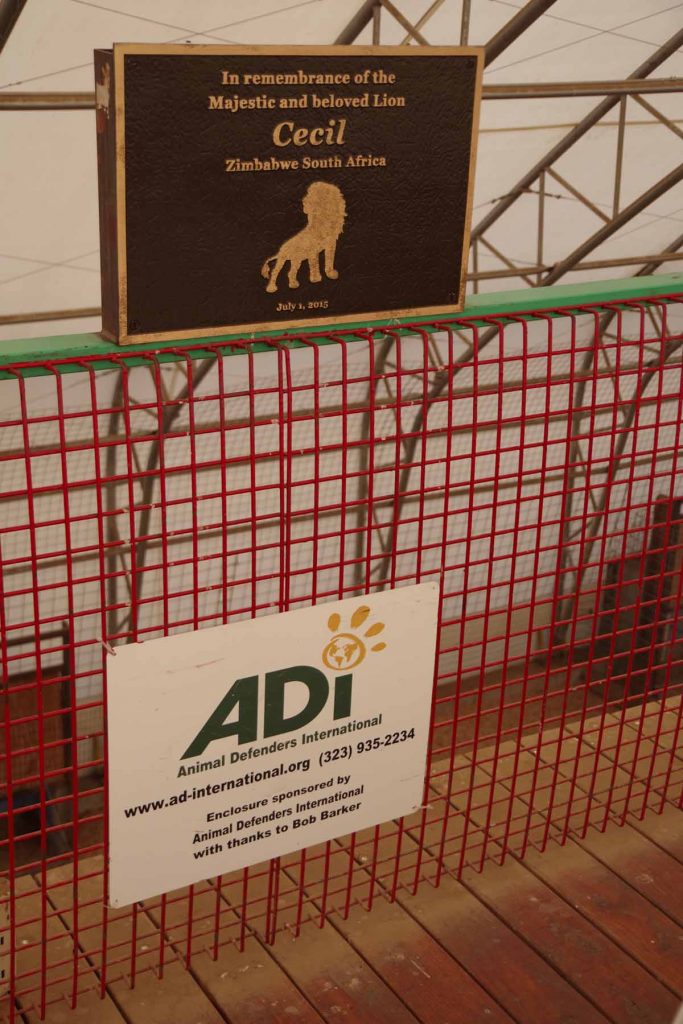 Some of the rescue animals haven’t seen environments other than small enclosures and haven’t been well socialized. The Wildlife Sanctuary works to gradually introduce them to successively larger enclosures along with other animals of the same species. 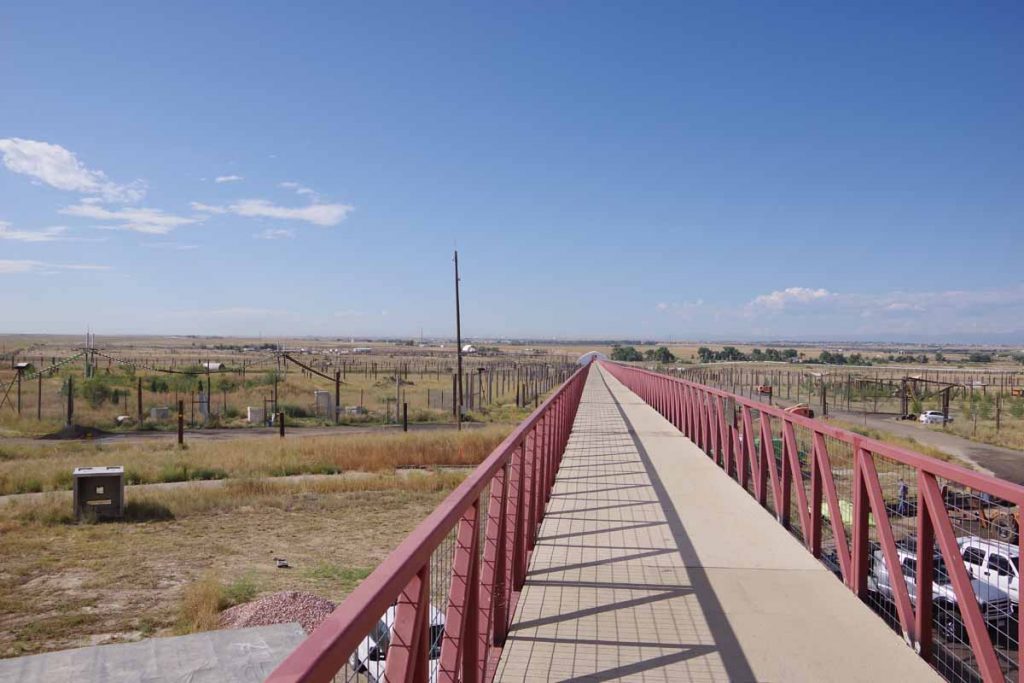 There is an elevated walkway that goes for a mile and a half where one can observe and spot some of the animals. Apparently these animals are much less stressed by something in the sky than lots of people peering in at ground level. I captured photos above. In some enclosures, we didn’t see anything if the animals were in underground dens or away from view. Overall an interesting place to visit. By the way, the Wildlife Sanctuary doesn’t have any outside funding and thus works entirely from private donations.

Otherwise nice to take a break in Colorado and get ready to return to Argentina.