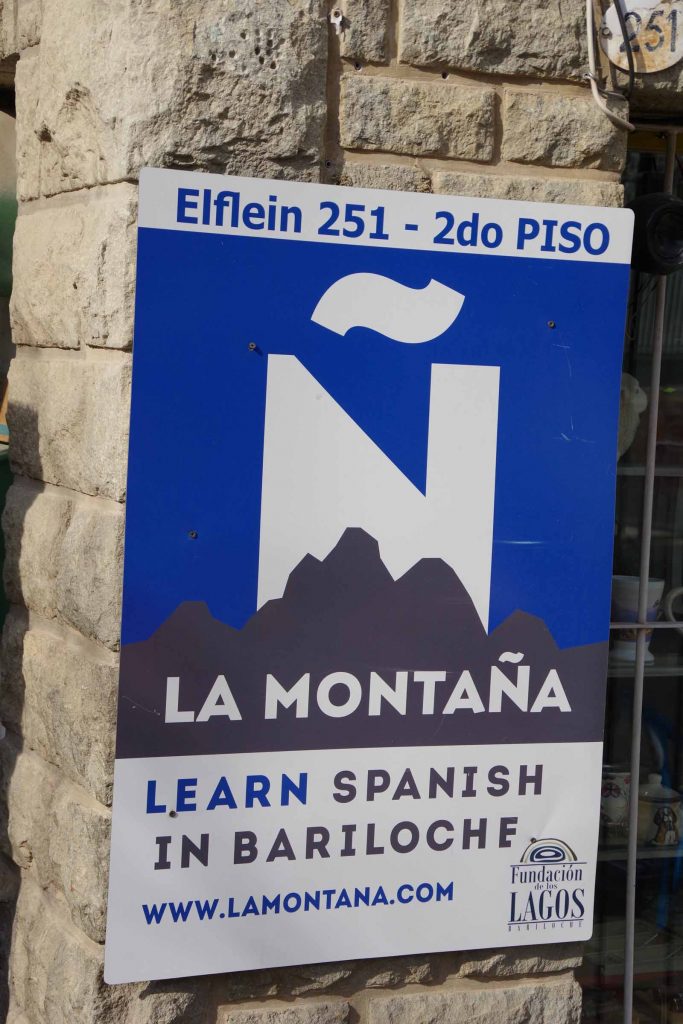 The first week in Bariloche taking my Spanish class. It has been a nice change both in class and also staying with a host family. I still have a bunch more Spanish to learn, but the structured class environment is helpful.

Monday was a holiday (cultural diversity day) in Argentina and we didn’t have classes. On the other days, my routine has been roughly as follows:

Overall a simple routine, but also a change of pace from cycling. 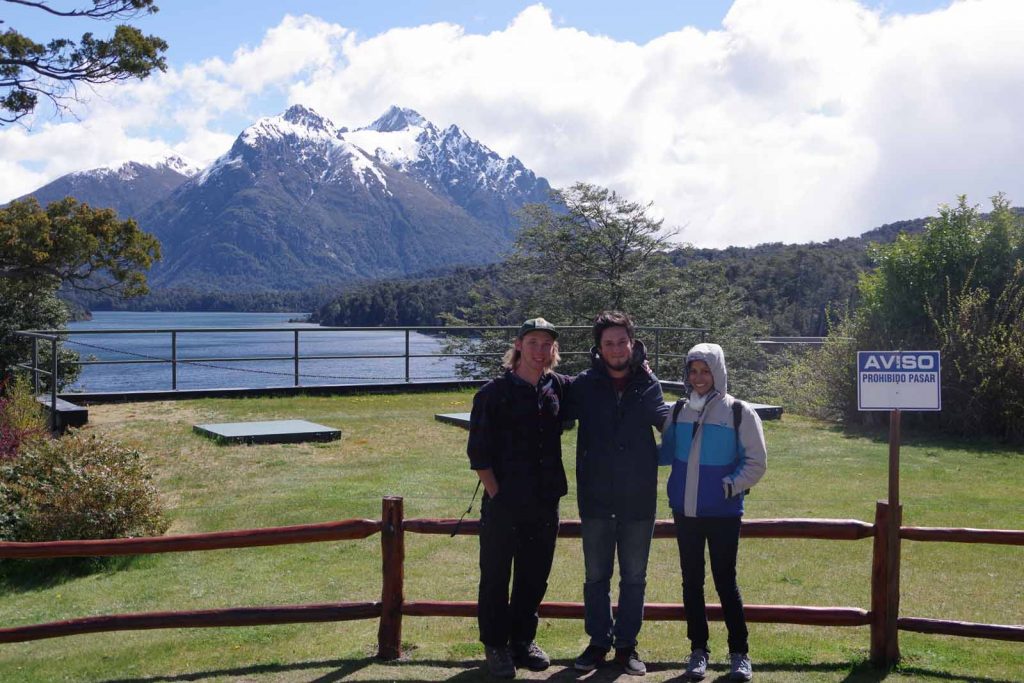 On Wednesday our afternoon excursion was to the nearby settlement of Llao Llao (in Argentina, unlike many other Latin American countries, the “ll” is pronounced with a “sh” instead of just a “y” so this is pronounced sh-ow sh-ow where the “ow” is as in the word now). It is a photo above is two fellow students and an instructor. 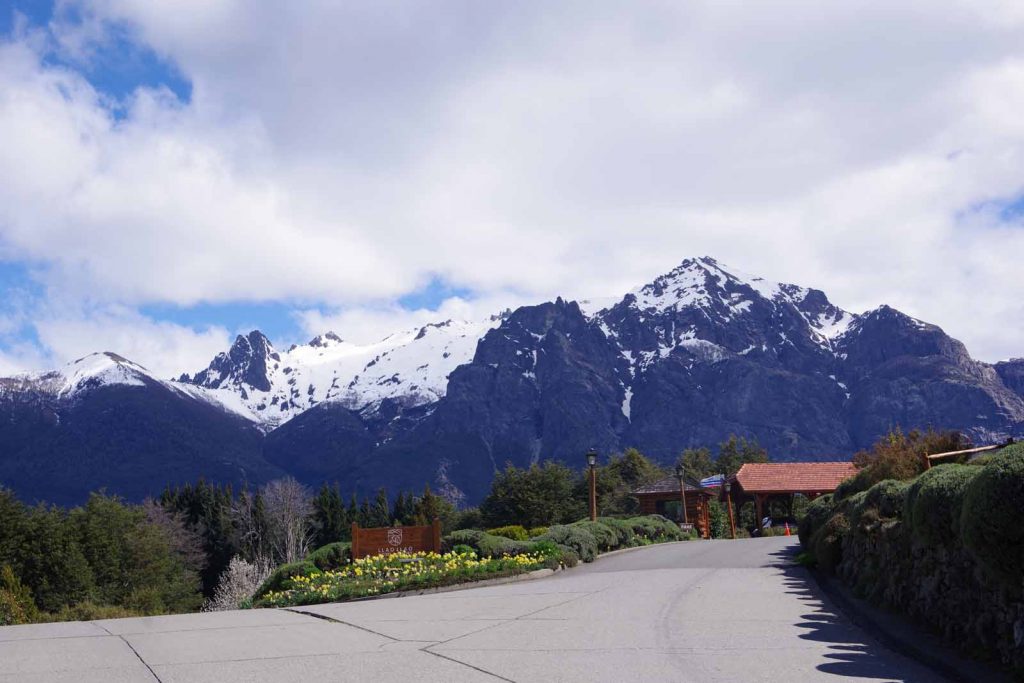 It is a spectacular area that includes a fancy hotel and golf course. We were told the Obamas had stayed in March 2016 and also met the Argentinian president (Macri) there. Overall, it is fancy enough looking that it isn’t on my to stay list. 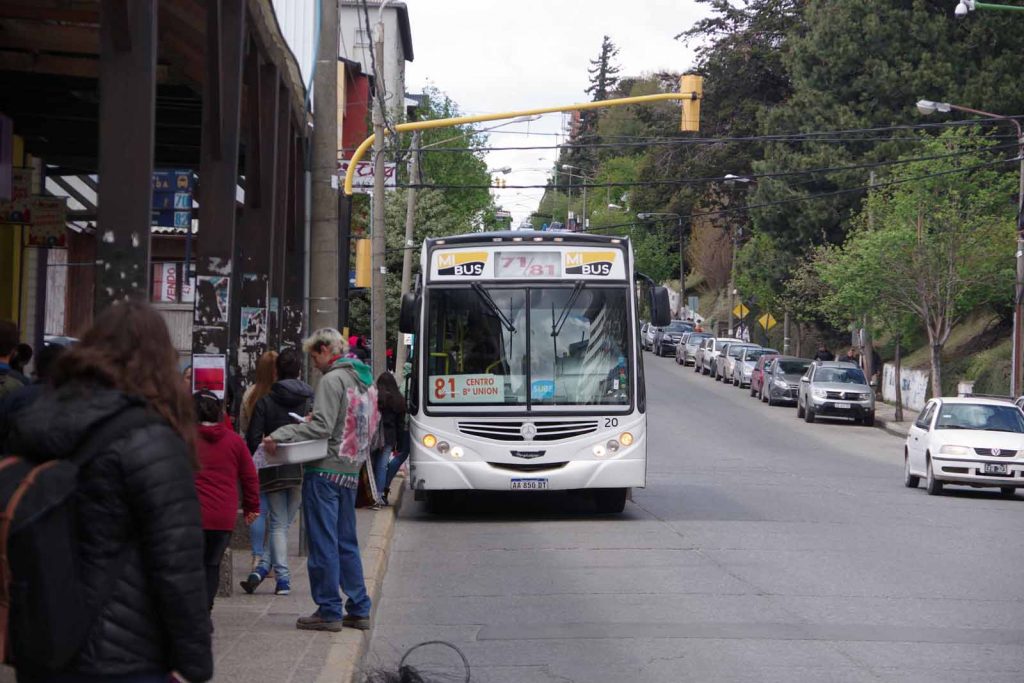 We took the bus both for our visit to Llao Llao and for an excursion today (Friday). The second excursion was to Dino Huapi, a small settlement to the east of Bariloche. I had actually cycled through the area on my way to Bariloche, but it was still nice to get out. 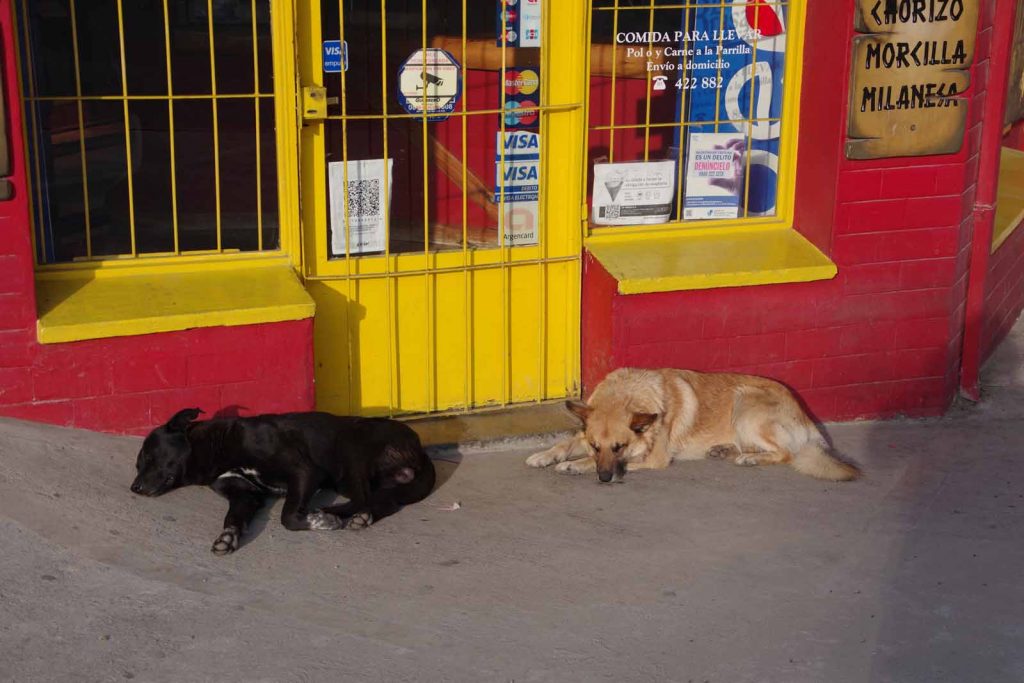 Otherwise, I’ve had a nice time hanging out in Bariloche. The town has ~130,000 people and hence is one of the larger towns in Patagonia. Ski season just ended and now it is not quite yet the summer trekking and camping season. Bariloche has a lot of outdoor shops and is otherwise one of the jumping off points to explore a lot more of Patagonia. 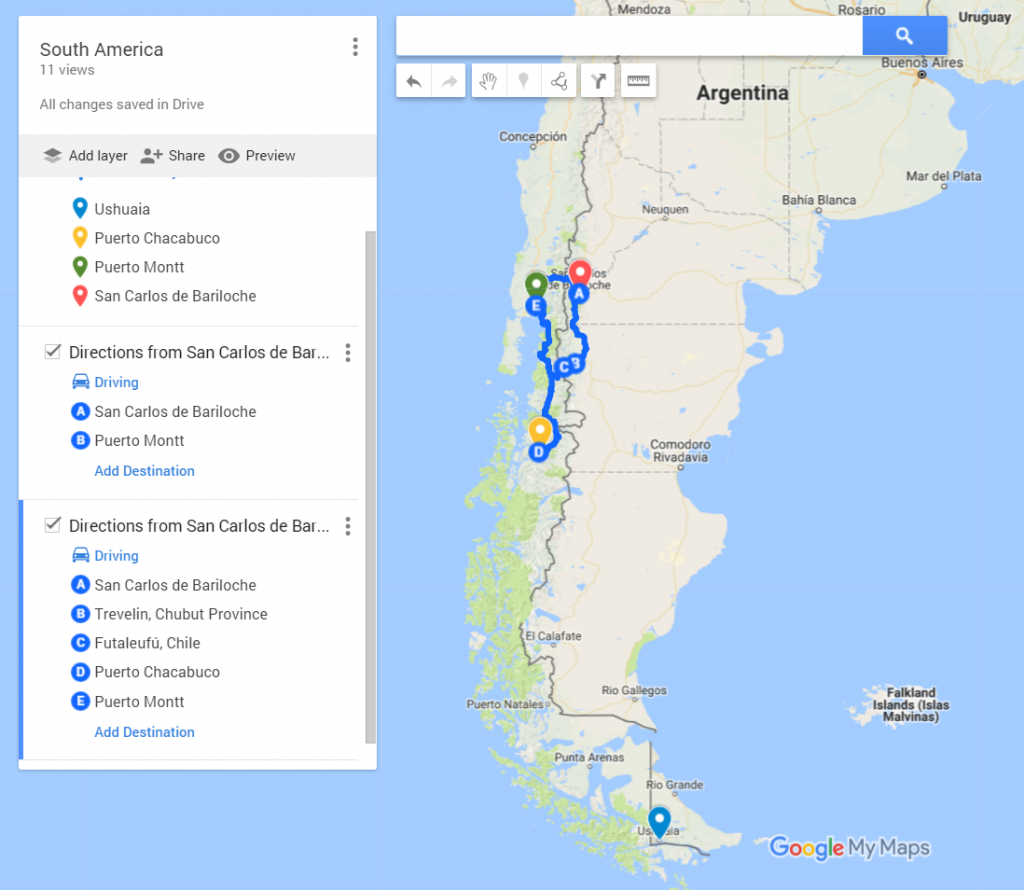 I’ve read more about the Carretera Austral as well as figuring out my potential alternatives as I depart to Puerto Montt in two weeks. The shortest route is back along the lake and across the Andes at a distance of roughly 350 kilometers. That is the path I’ll take if the weather looks bad or unsettled. 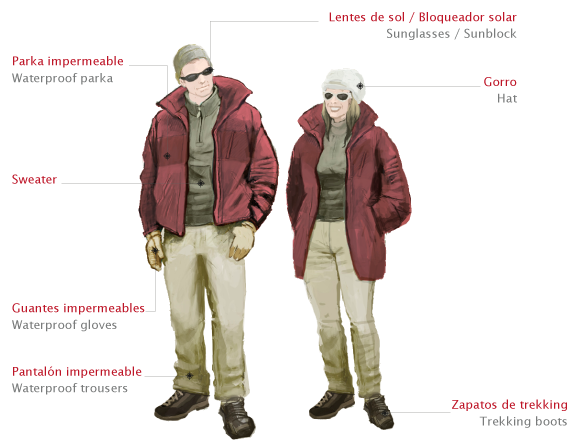 Another alternative would be to head a little further south to see some more of the Argentinian lake district south of Bariloche before then crossing into Chile and going either north to Puerto Montt or south to the ferry at Puerto Chacabuco. Overall, that is a wetter region as can be seen by the “recommended clothing” above that the ferry advises tourists to have.

I’ll wait and see how it all settles out. For now I can see that spring in Bariloche is already volatile. We’ve had reasonable winds on most days and a shower on Tuesday and one on Wednesday and that all seems to be normal for the area. First two more weeks of being a Spanish language student…