A day mostly cycling along a lake has brought me to San Carlos de Bariloche. This is a larger town where I’ll take a Spanish class the next weeks. Monday is a holiday (Day of Respect for Cultural Diversity, formerly Columbus Day) so class starts on Tuesday. The weather has slowly been warming up and overall a great ride today. 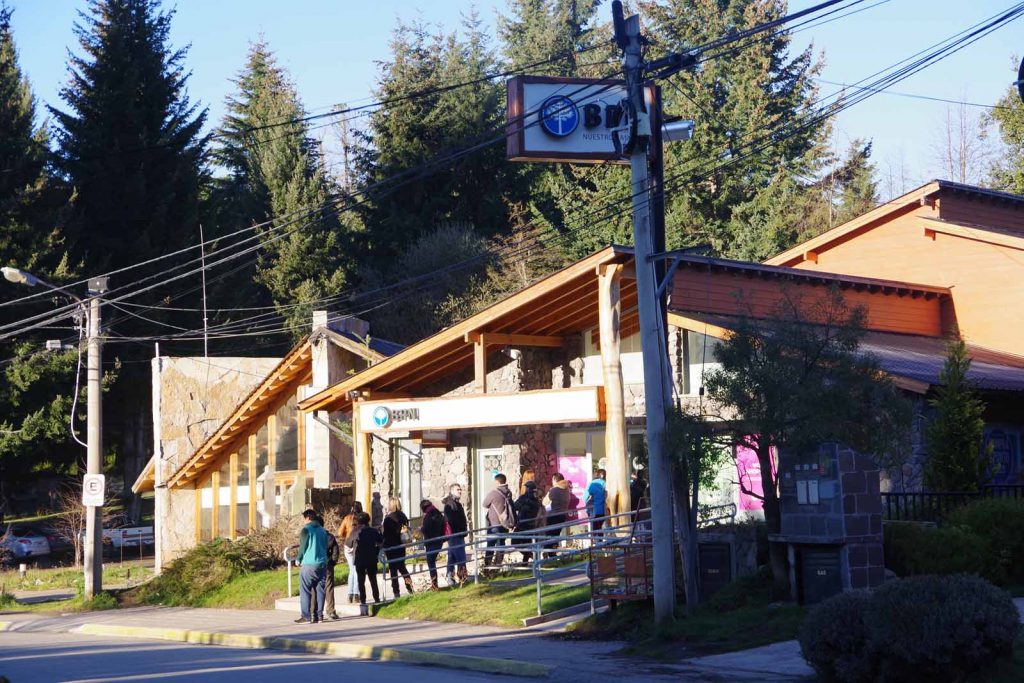 Photo of a line at local ATM this morning, fortunately I didn’t need to get cash.

Argentinian ATMs are not my favorite. There is a maximum limit of 2000 Pesos (a little over $100) that can be pulled at one time. Regardless of what one pulls, there is a fee of ~105 pesos at each ATM (over 5%!). The ATMs are good about having bilingual instructions between Spanish and English. What they aren’t good at is clear messages when there is no cash available. Sometimes it says “incorrect amount” and less often it will tell you no cash. I don’t need a lot of cash, but only about half the hotels seem to take credit cards so one needs to have enough cash for a few days of hotels – in case all the ones in towns are out of money.

It looks like that ATM must have been refilled when one sees these queues. 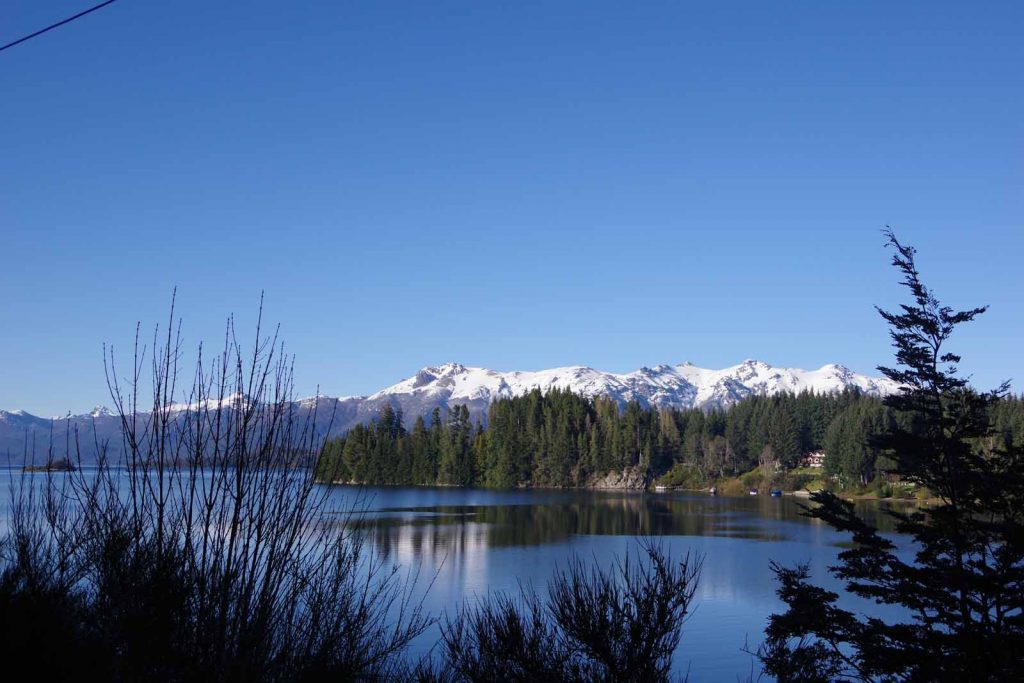 The start of the route brought me along the lake. It wasn’t flat as I still recorded 750m of climb today, but none of the hills were long. 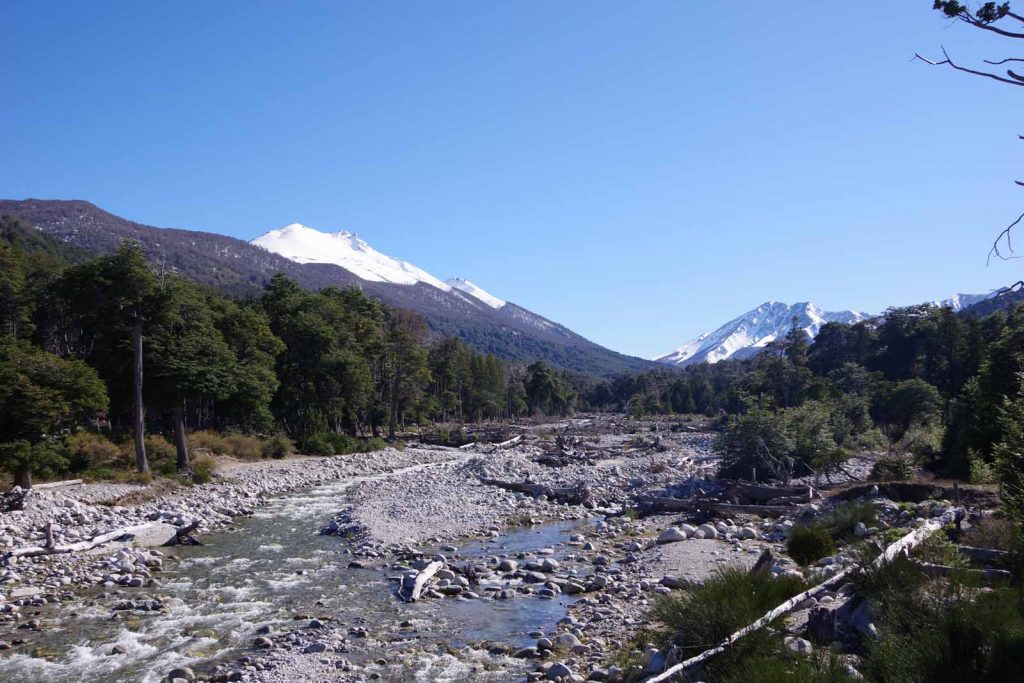 There are more free-flowing rivers here and these are also clearer than the sediment laden rivers I had seen further north. 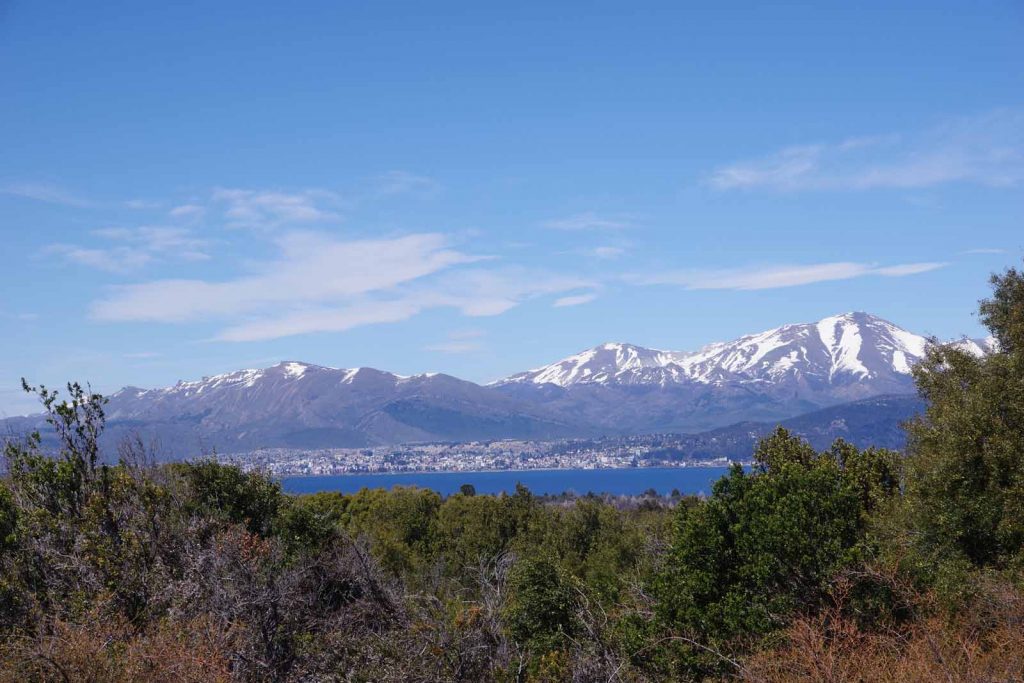 At 45 kilometers I could see Bariloche in the distance even though I needed to go around the lake for another 40 kilometers to reach the town. The roads were busier today, though traffic seemed to either give me room or wait until it was safe to pass.

There were light tailwinds for the first 3/4 of the route and after that not much in headwinds.

Without much trouble, I found myself into the town. I found a hotel for tonight, but they didn’t have a room for tomorrow, so will need to see where I can otherwise stay. Nice to get to this town and chance to make it easier for a few weeks. I was able to do a quick reconnaissance to find both the main square and also the Spanish language school.