Two shorter days, one bright and sunny, the other soggy, have brought me to Puerto Varas. Puerto Varas is small, touristy town just 20+ km north of Puerto Montt.

Day One – Osorno to Puerto Octay
A beautiful ride on a sunny day today. 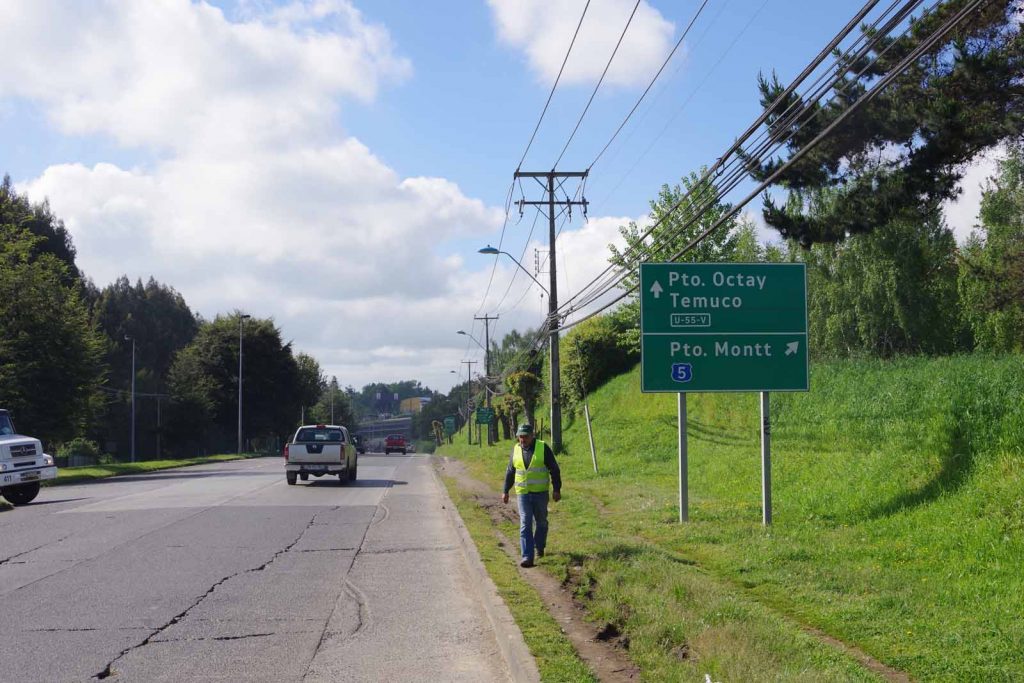 I knew I had a short ride today so took my time before leaving. Roads were still busy in town of Osorno. On my way outbound, I passed under Ruta 5, a major highway going from Santiago to Puerto Montt. My route was smaller, though still had quite a few trucks particularly at the start. 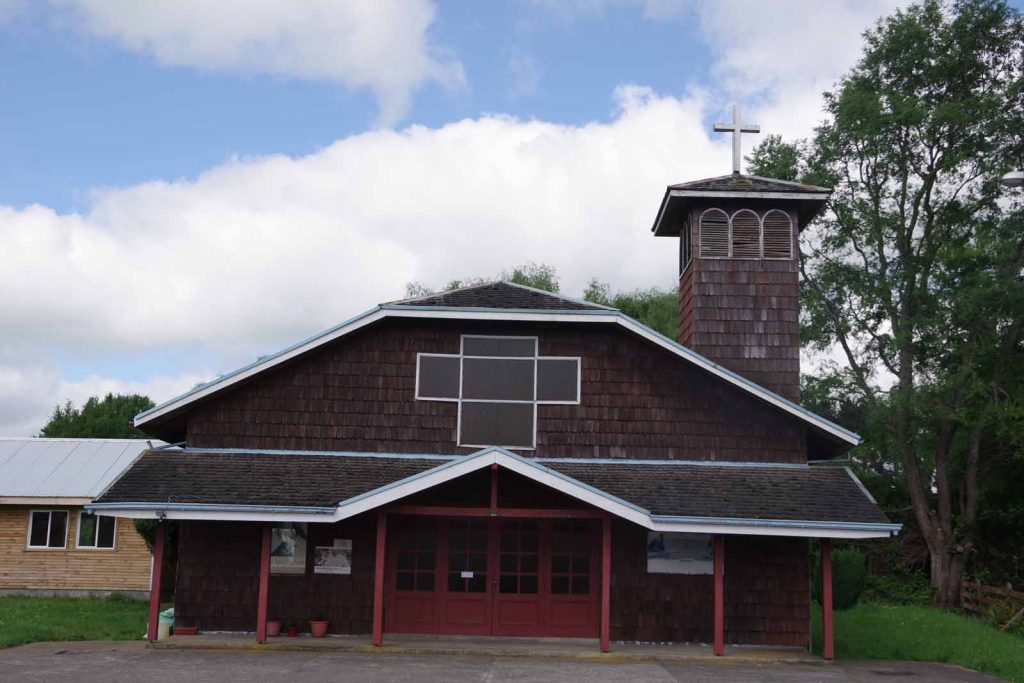 In the Chilean countryside, I see more of these small churches. 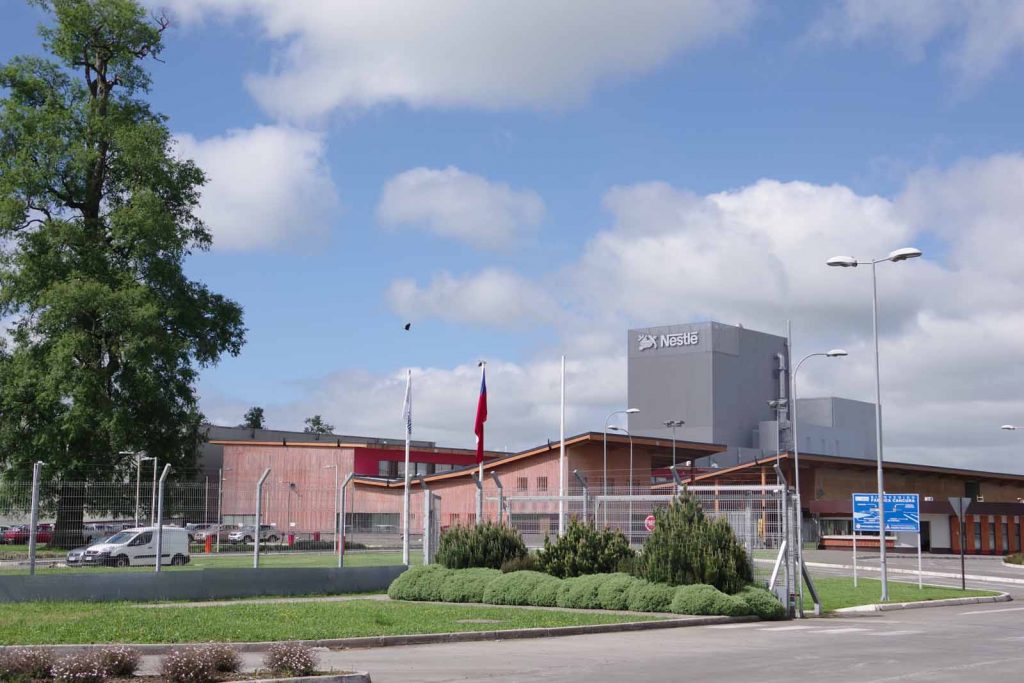 At 20km, I passed a huge Nestle plant. Several of the farms later also had Nestle signs, persumably because they sell milk to the company. 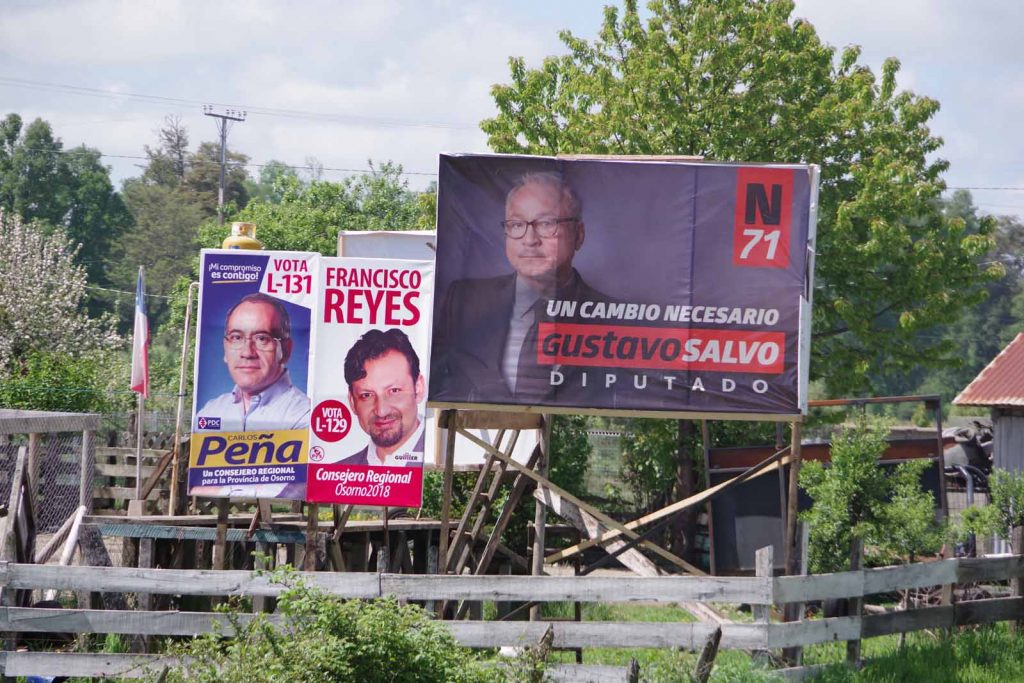 Election day is coming, November 19th I believe, and I see many signs along the way. 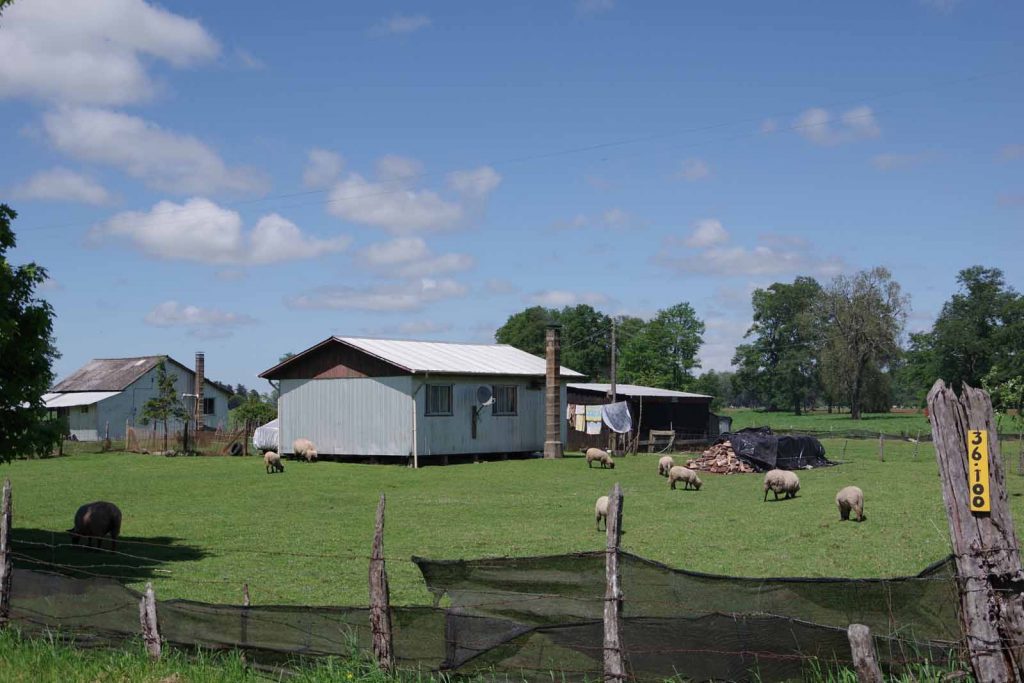 Small house with sheep along the way. 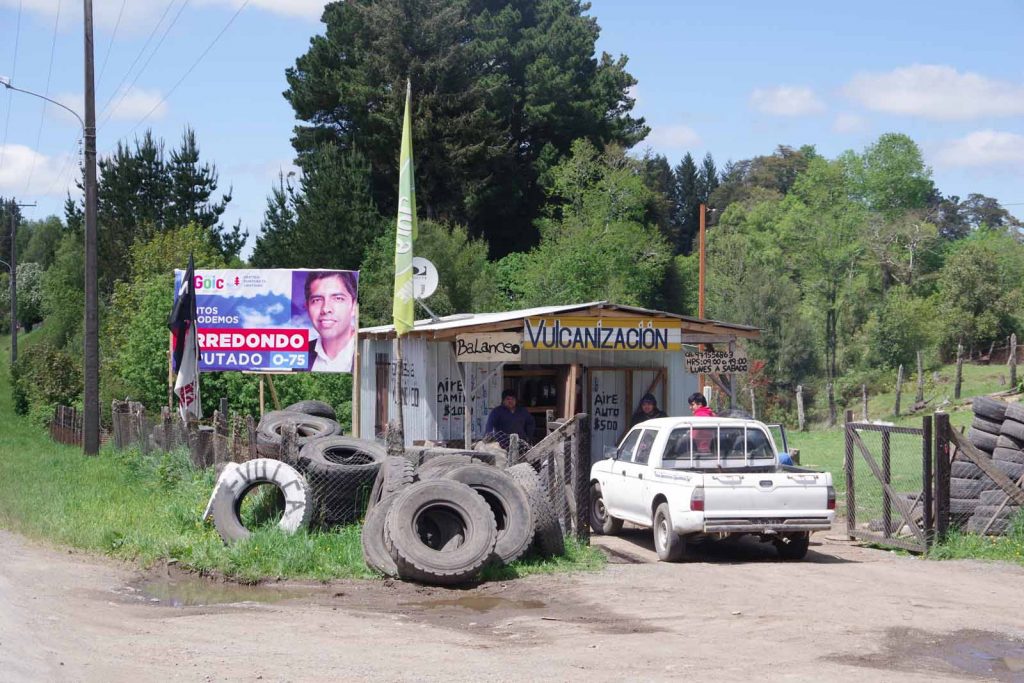 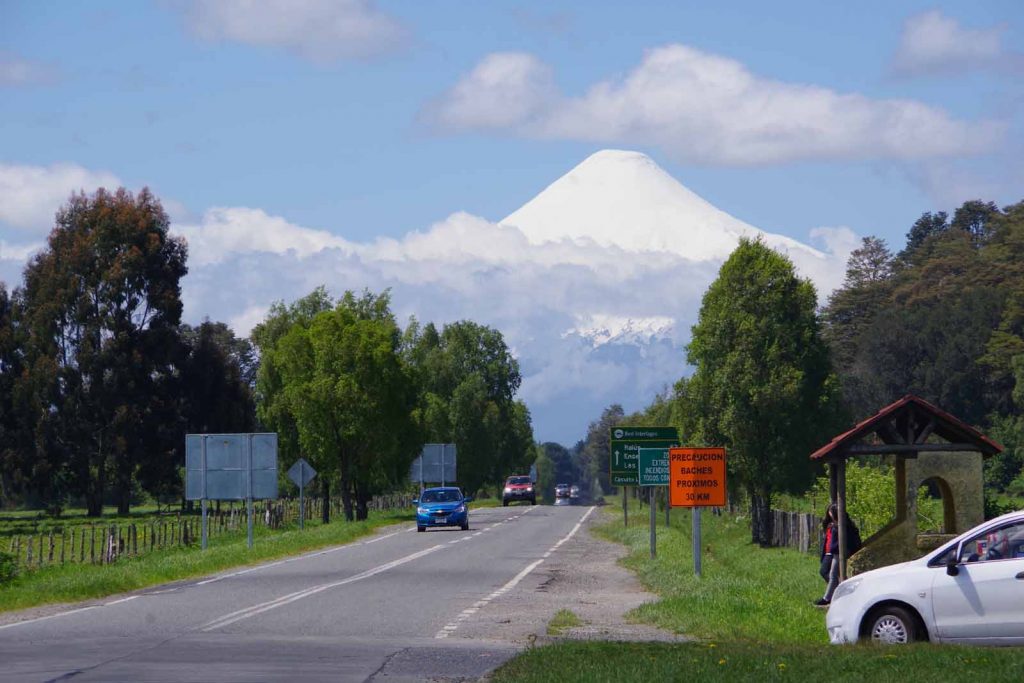 As I got closer to the lake, I saw several large volcanos along the way. 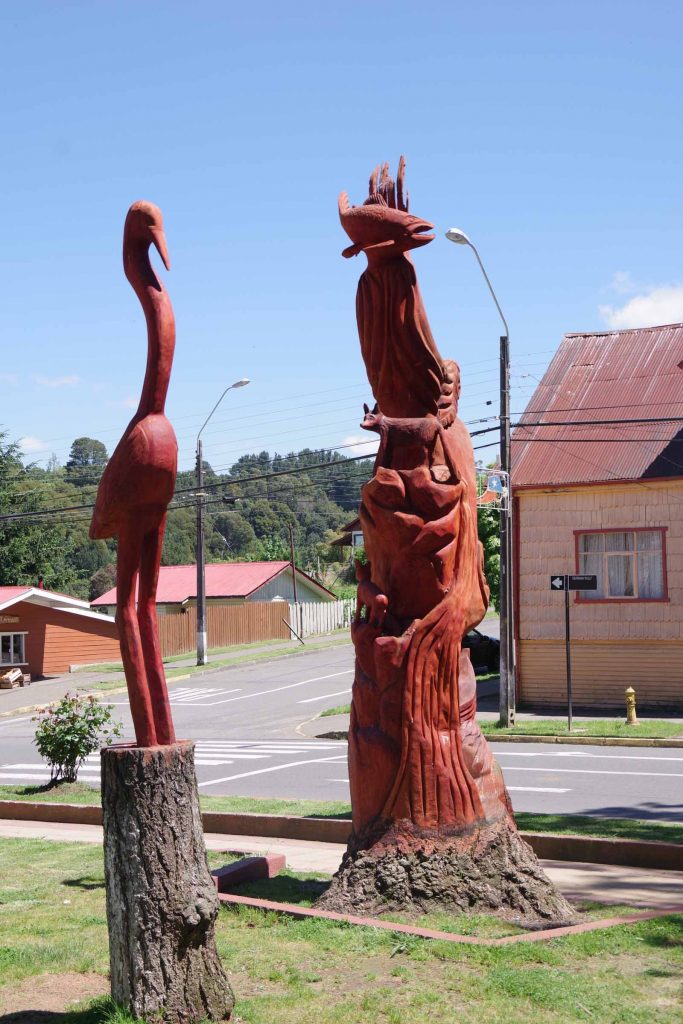 Reached the town of Puerto Octay with a pretty central square including these carvings. 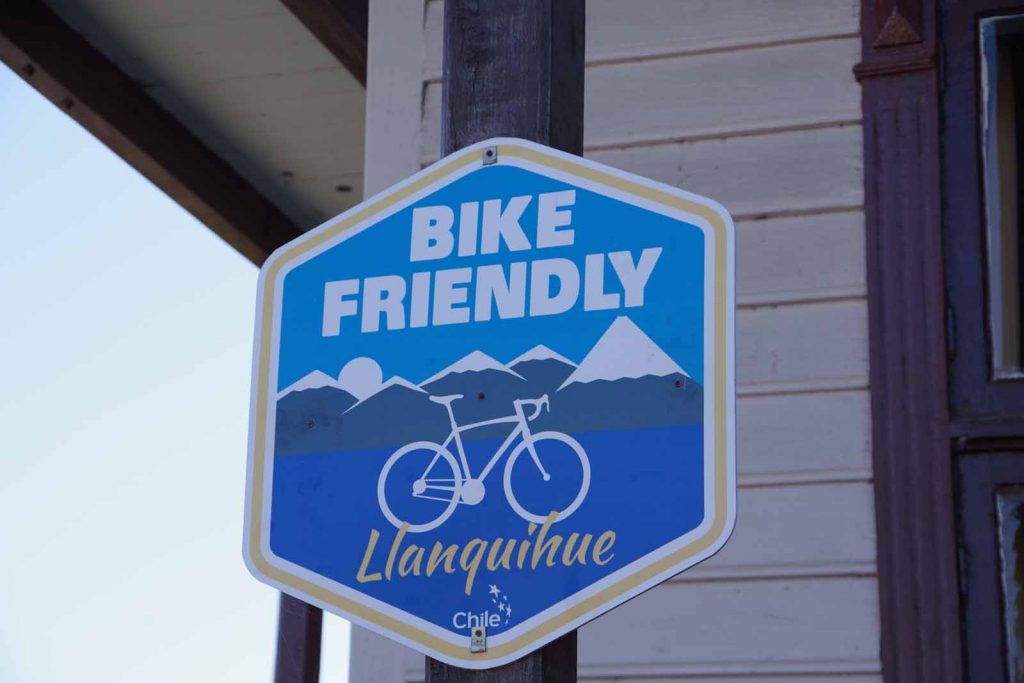 Signs, in English, on several establishments. 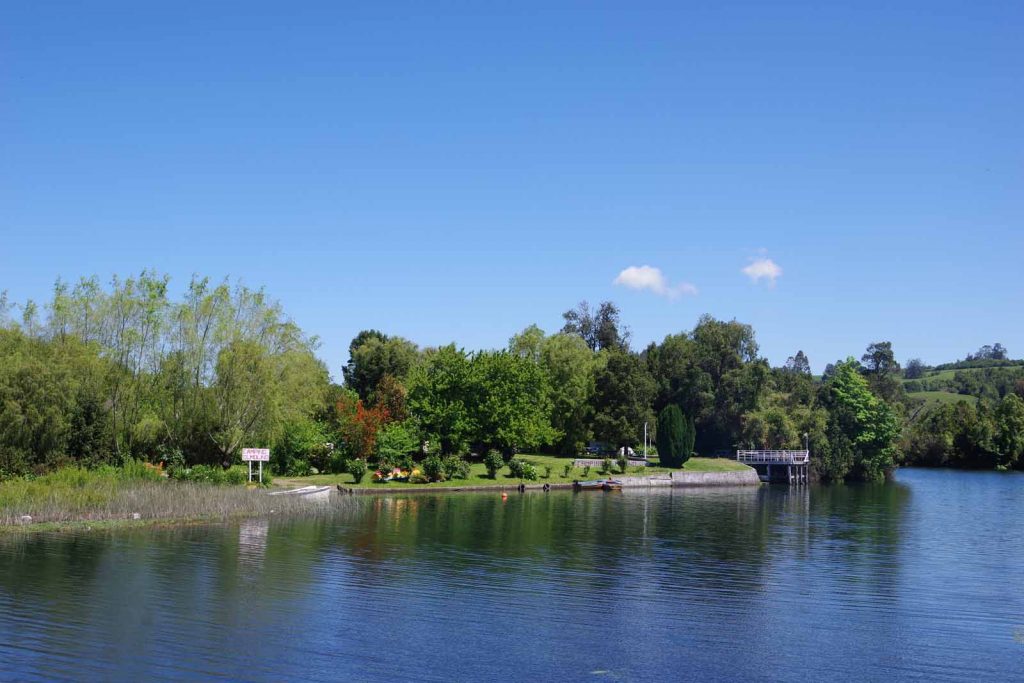 There was a great little campground. Initially I was the only one and set up my tent in central spot. After that, walked to town for lunch and to explore further.
Day Two – Puerto Octay to Puerto Varas 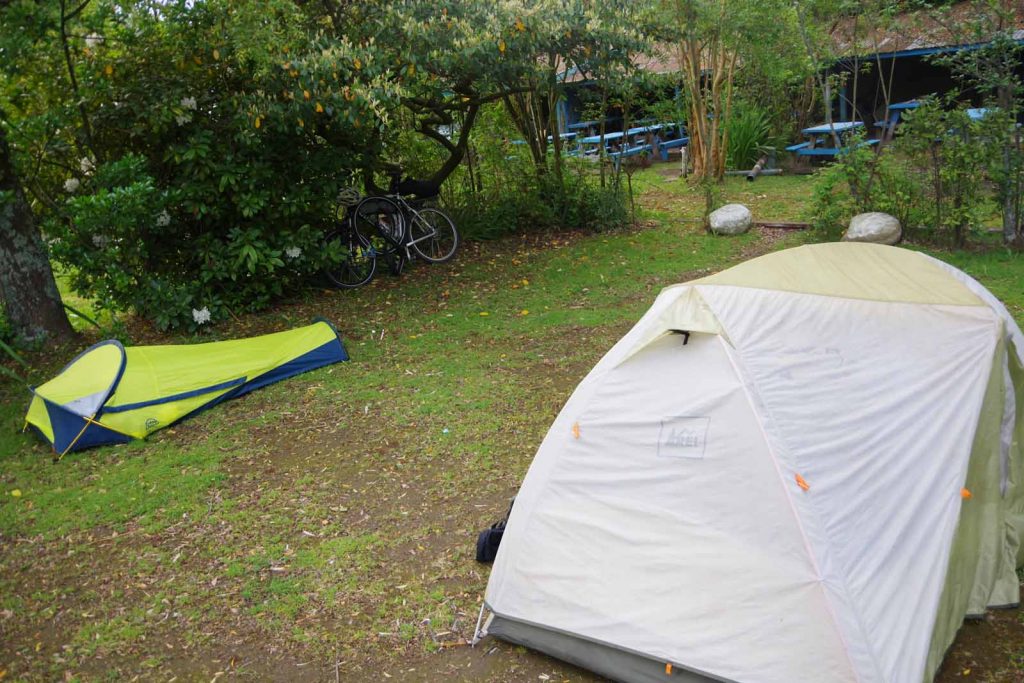 Last evening another person came to the campground. Not sure why the owner did this, but he told him to put his tent up in my space as well. Just a few meters from my tent and then got to hear him snore overnight.

These cats were taking advantage of the morning sun. I also waited a bit to make sure my tent was throughly dry before packing off and taking off. Good thing as the first showers came around 9am and then had off and one rain showers during rest of the day. 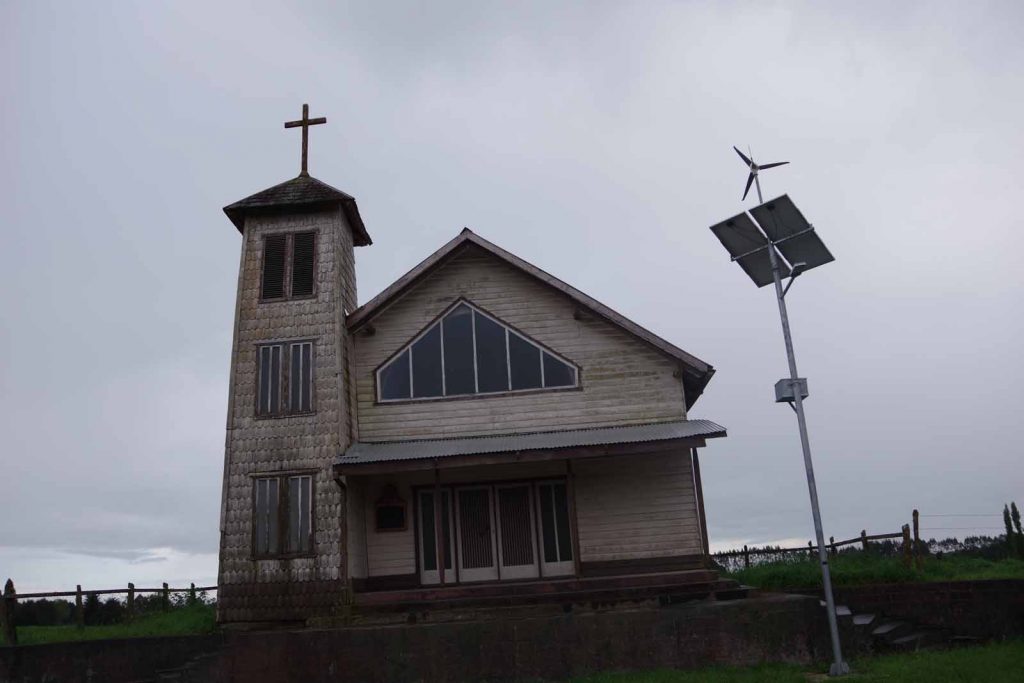 Another of these country churches, and unfortunately also a solar traffic signal in front. 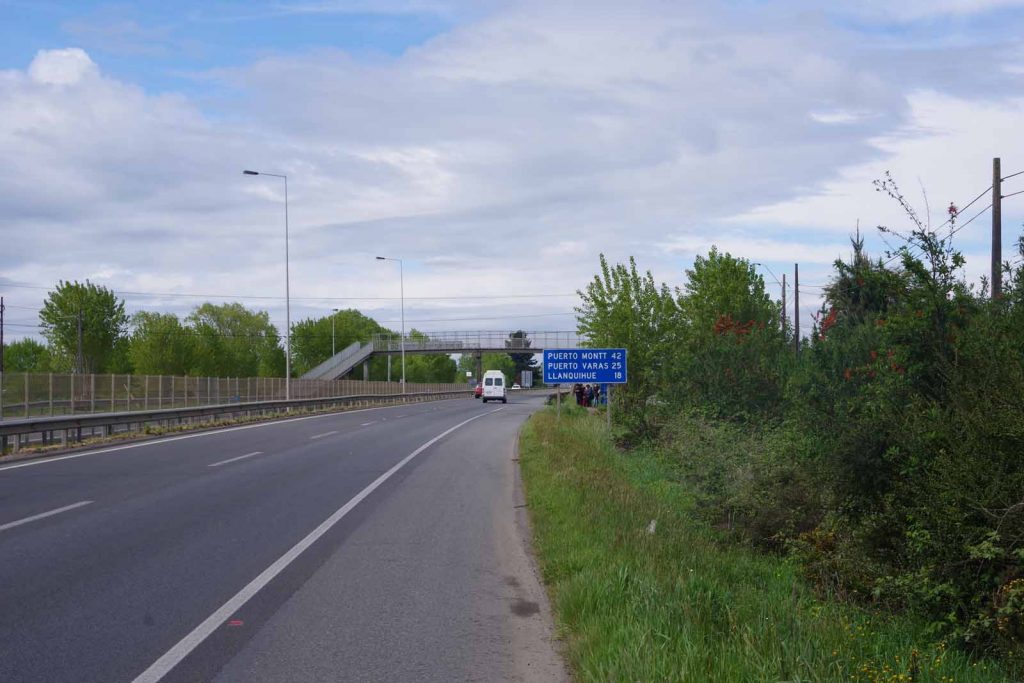 At 25km, I came to Ruta 5 again, the major divided highway. It wasn’t far to Puerto Montt now, but I’ve read better things about Puerto Varas so made that my destination first. 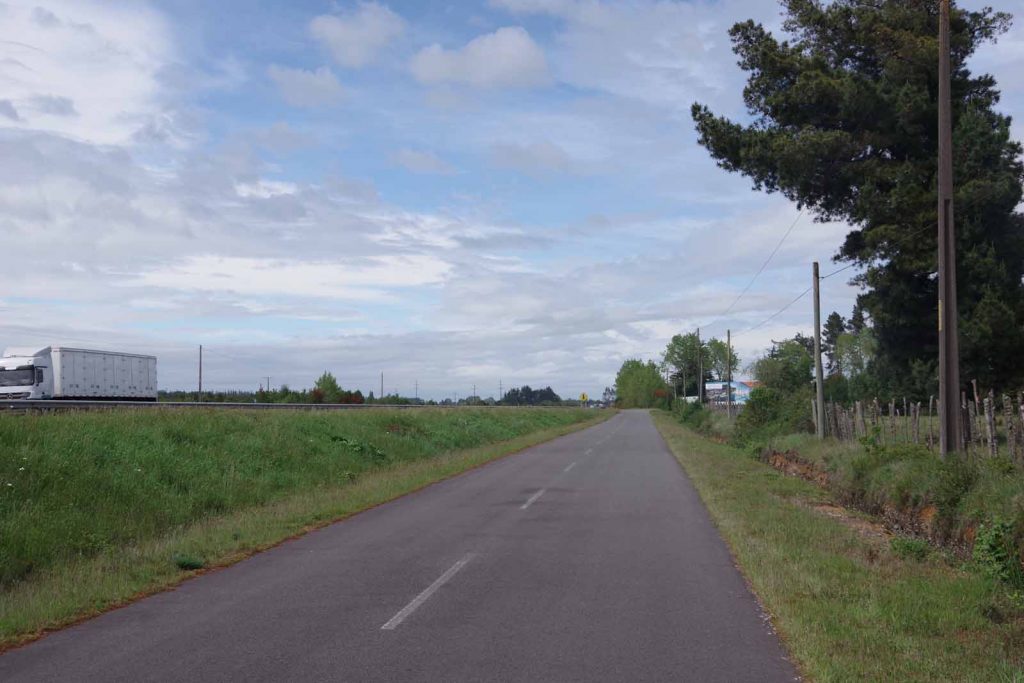 In some sections there was a small service road that I cycled instead of the shoulder of the highway. The speed limit was 120 km/h but there was a reasonable shoulder and grades were not as steep as the, ~12% grades I found on the smaller road first. 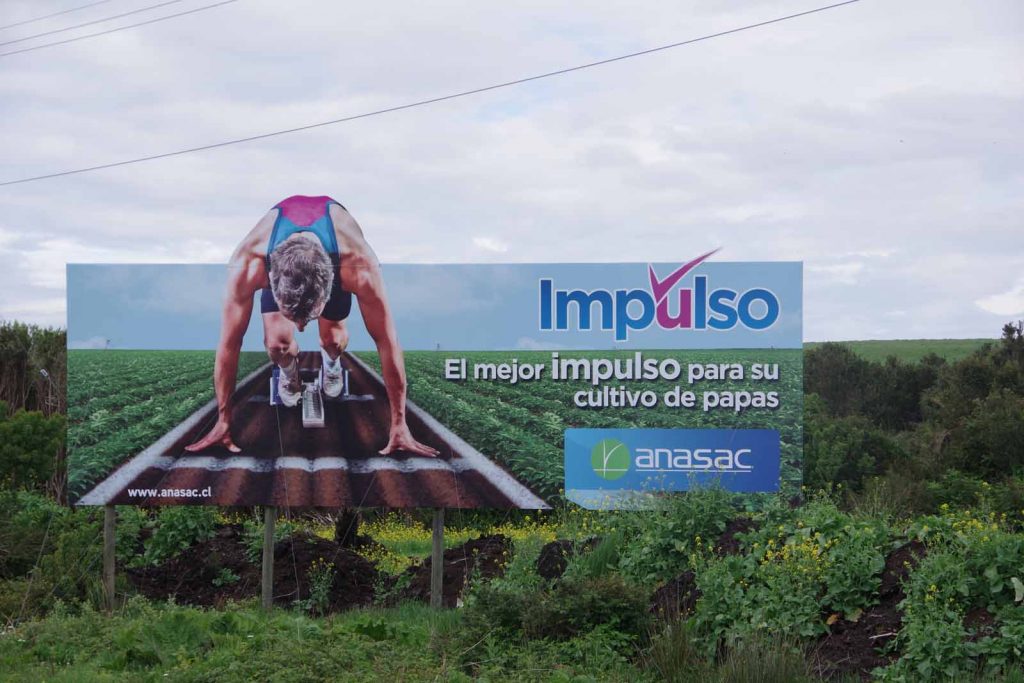 I thought it was interesting to see a billboard whose target audience was Chilean potato farmers. 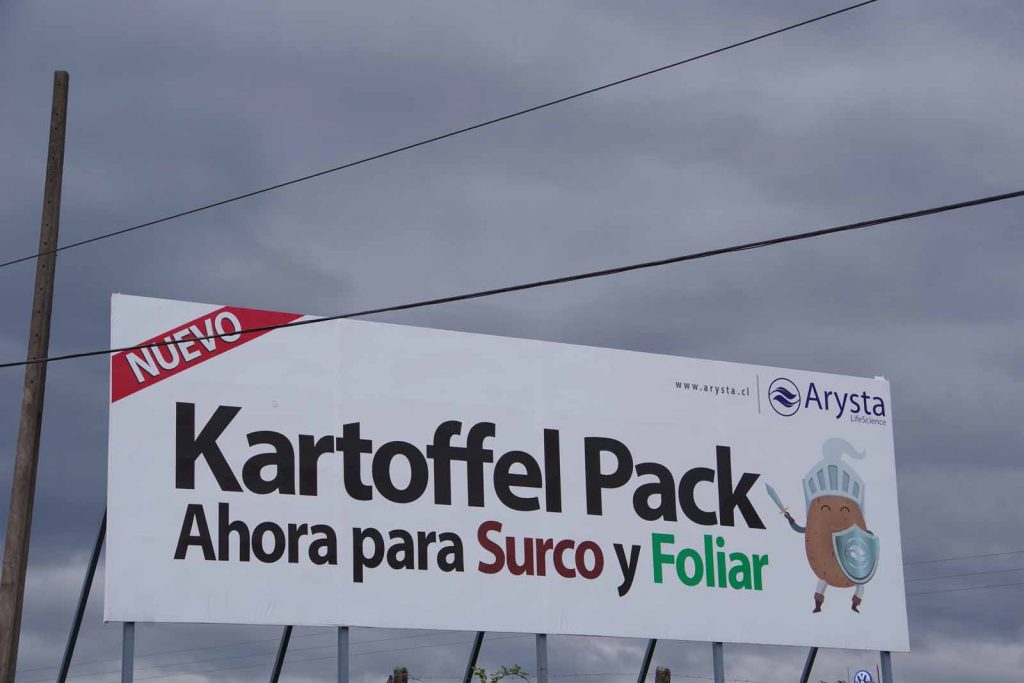 Not just one billboard, here was another. 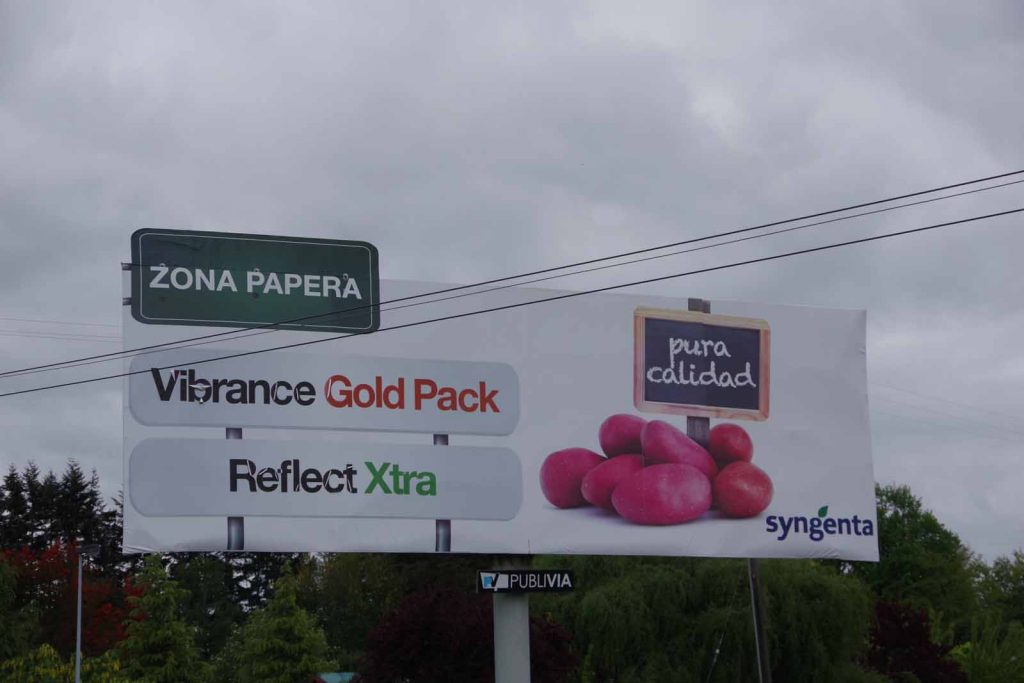 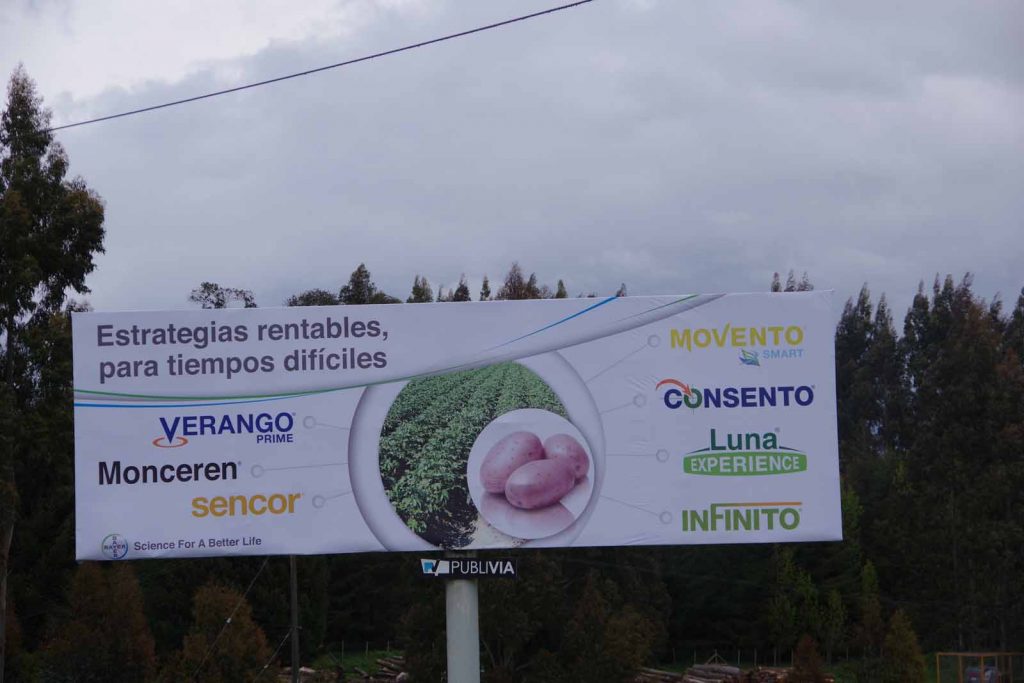 I left Ruta 5 and cycled a few kilometres back to the lake and downtown Puerto Varas. There were several fancy hotels downtown but I cycled back around up the hill to find something more reasonable. First two were full but found a third hotel with nice room. Plan to double check the weld on the bike again, just in case, but otherwise, I now have some time before I need to be just 20km away and join TDA on November 21st. Still figuring out how many days to spend in Puerto Varas vs. Puerto Montt.