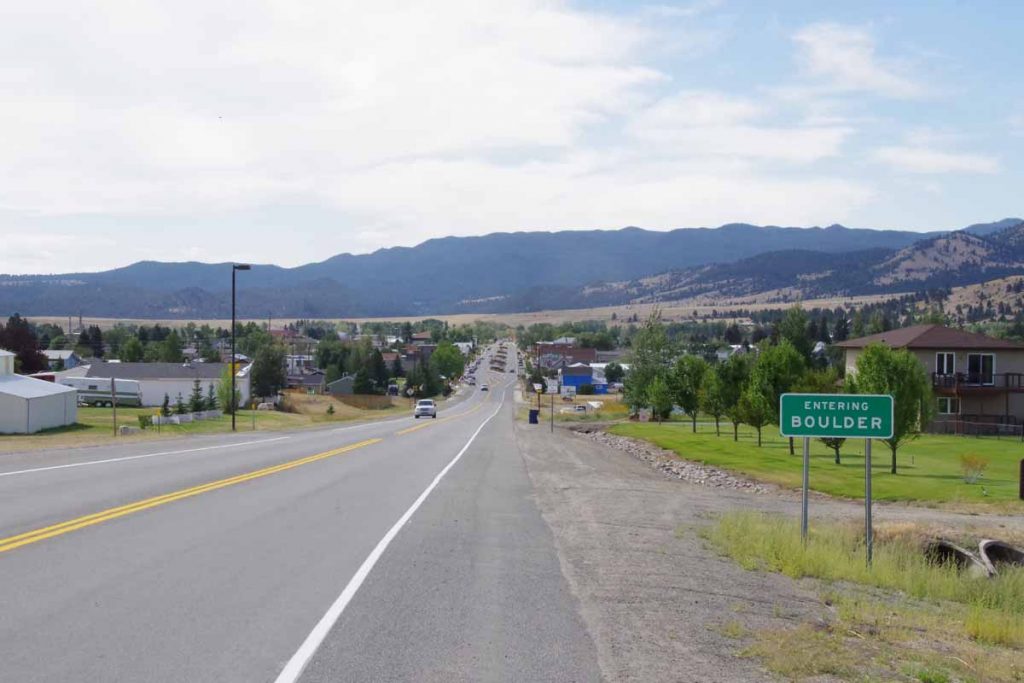 Today’s ride was a half day to Boulder, MT. A little town with Main Street, flags and yellow ribbons adorning the lamp posts. The Great Divide Route has some notorious tough sections near Helena and Butte, but today I was on an alternative listed as “Boulder Alternative, 6.5 miles longer and includes 11.2 miles of interstate riding. This alternative avoids some of the most challenging terrain along the route” which is fine for me. 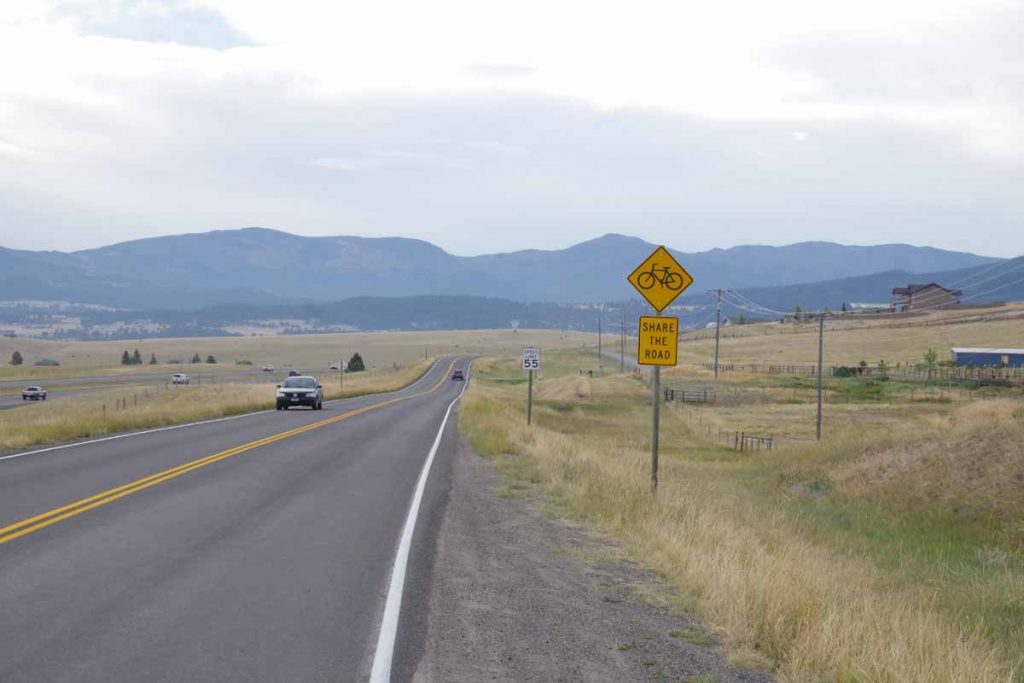 Left this morning and the first 16 miles were on a frontage road along I-15 similar to photo above. A gentle climb, temperatures around 50F (10C) made for a fairly easy ride, first to Clancey and then to Jefferson City. There were hints of a SW wind (headwind) starting to pick up. 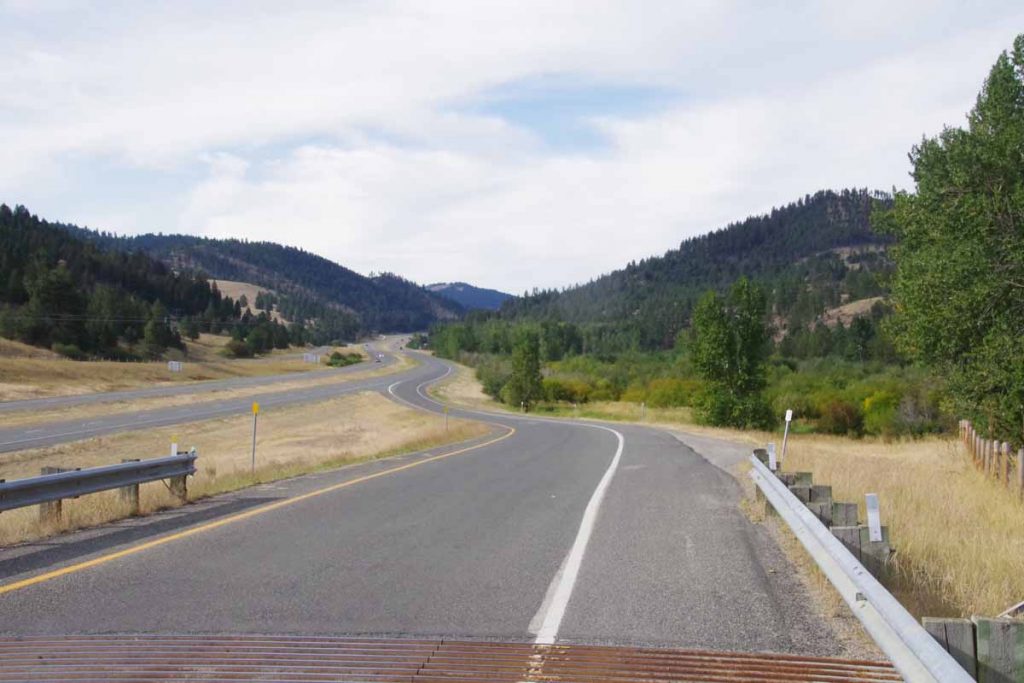 At 16 miles an on-ramp to the interstate. Not a lot of traffic and slightly increased grades and winds, but still a reasonable ride. After five miles cycling on the shoulder, topped out around 5600ft and then descended ~700ft down into Boulder. 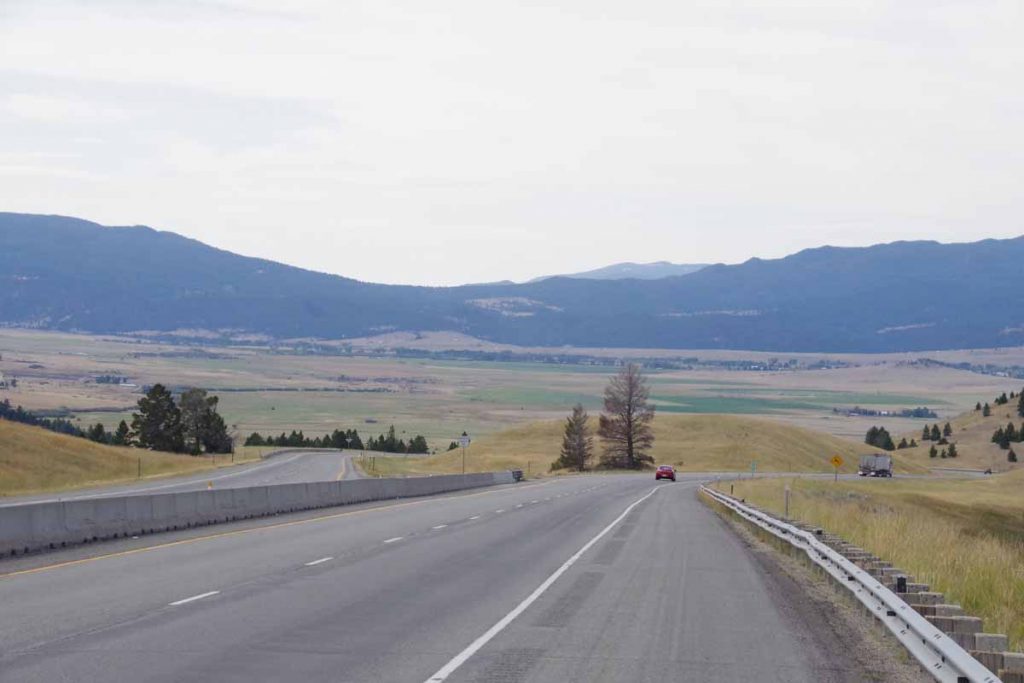 Photo above gives reasonable overview. Boulder is at the far end with a low ridge behind it. One road (MT 69) goes off to the left, and I-15 goes to the right. Over the low ridge is a paved+gravel road that heads further south.

I was into Boulder close to noon. Now a choice of whether to ride over that hill to continue to Whitehall or find a spot in town. It was a cute town, and some more headwinds helped make my choice. 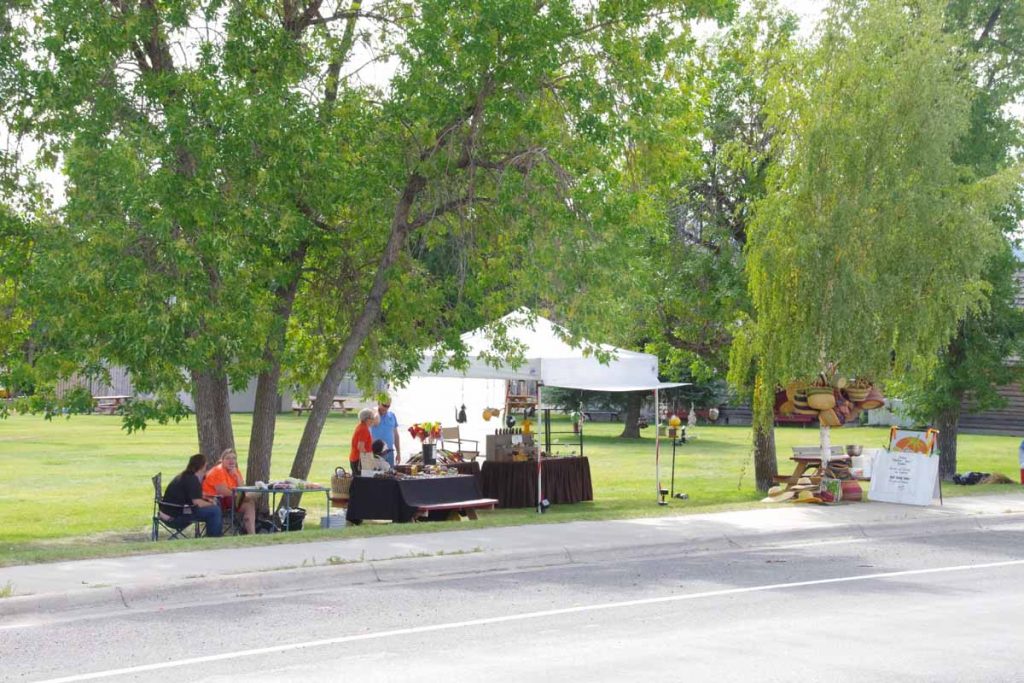 Here is part of the Thursday Farmer’s Market. 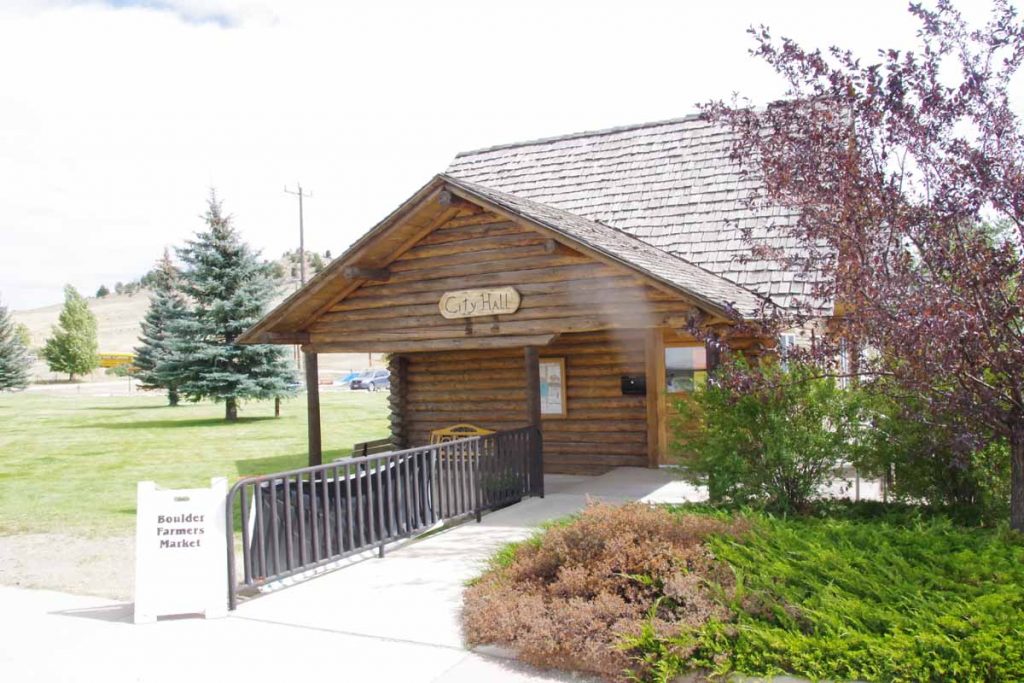 In the afternoon a quick gusty rain shower came through. Tomorrow we expect a front to come through with cooler temperatures as well as increased chances of rain on Sunday and Monday and cool most of next week. Also one of the reasons for shorter day as figure I’d rather have that weather instability here at lower elevations before going across Yellowstone after that.