↓
Home→USA→Montana→Whitehall, just over the hill

Today a shorter ride as I keep one eye out on the weather forecasts. 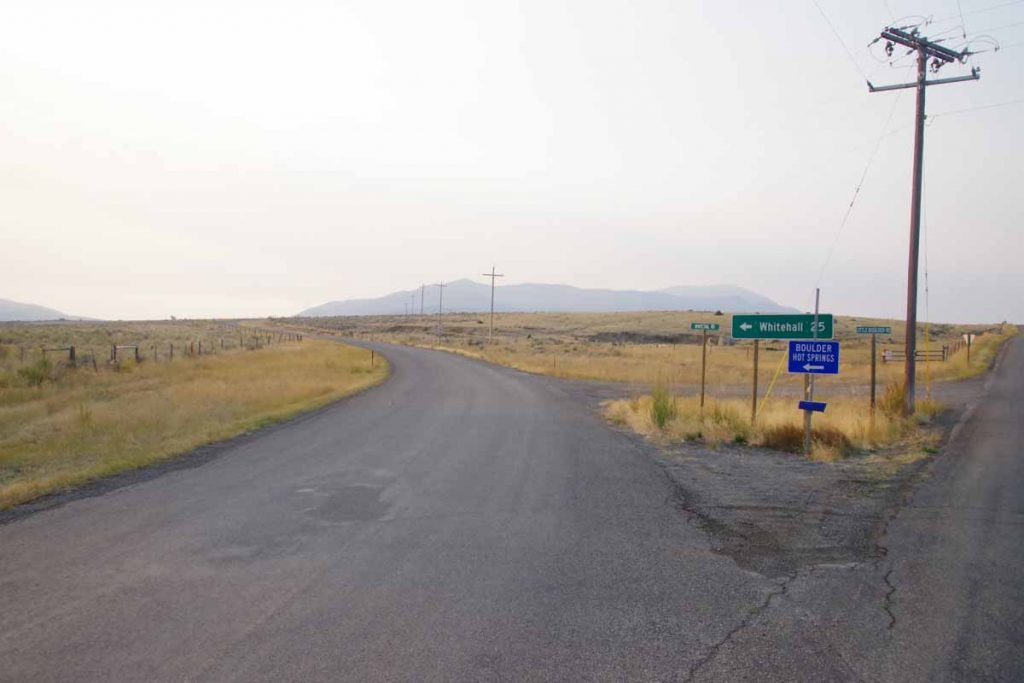 Pretty easy ride today. The paved route, MT 69 is 38 miles from Boulder to Whitehall, but there is a shortcut of 26 miles that goes over the hill rather than around. Only half the route is paved, the rest is gravel. However, there was also construction on MT 69.

Even though not a long distance, I left early to avoid a cold front that was expected to pass through in afternoon with gusty winds and thundershowers. 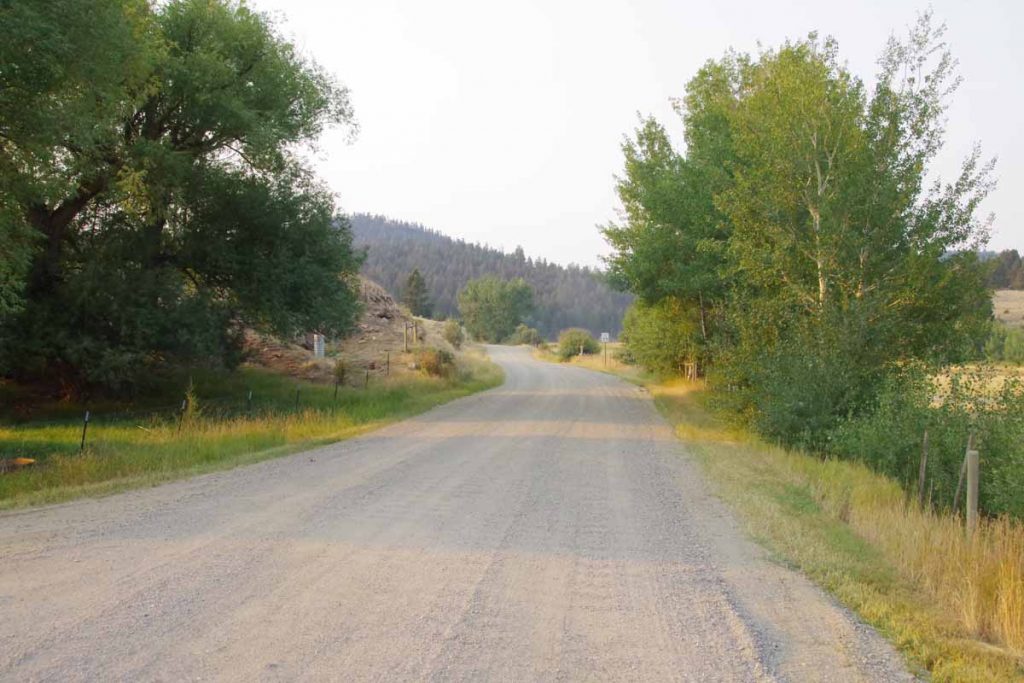 After two and a half miles the road turned to gravel. I was warned there was a dog here that liked to give chase, but fortunately didn’t see any signs here. Next several miles climbed on a dusty and washboard road. Most of the grade was gentle but there was a mile of ~6% grade as well. 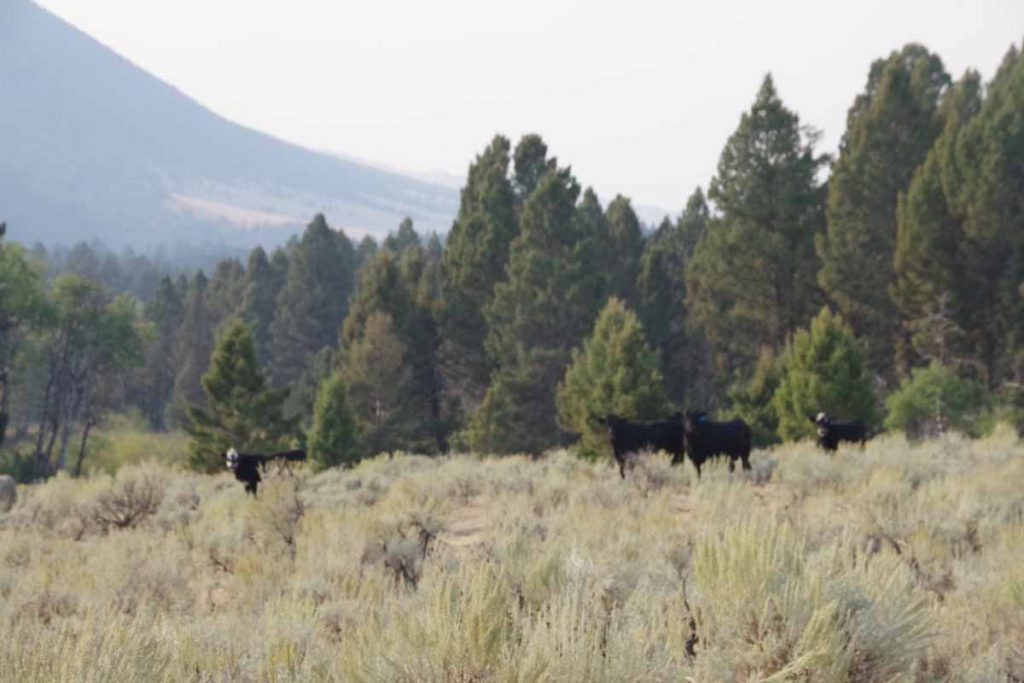 A few cattle grates and a few cows as well. They all seemed quite curious. At the six mile mark, crested top of the hill a little over 5600ft. The road continued to be dusty and washboard here so had to carefully pick my path. Several miles later, left the trees and road became much more rocky and tougher to navigate. 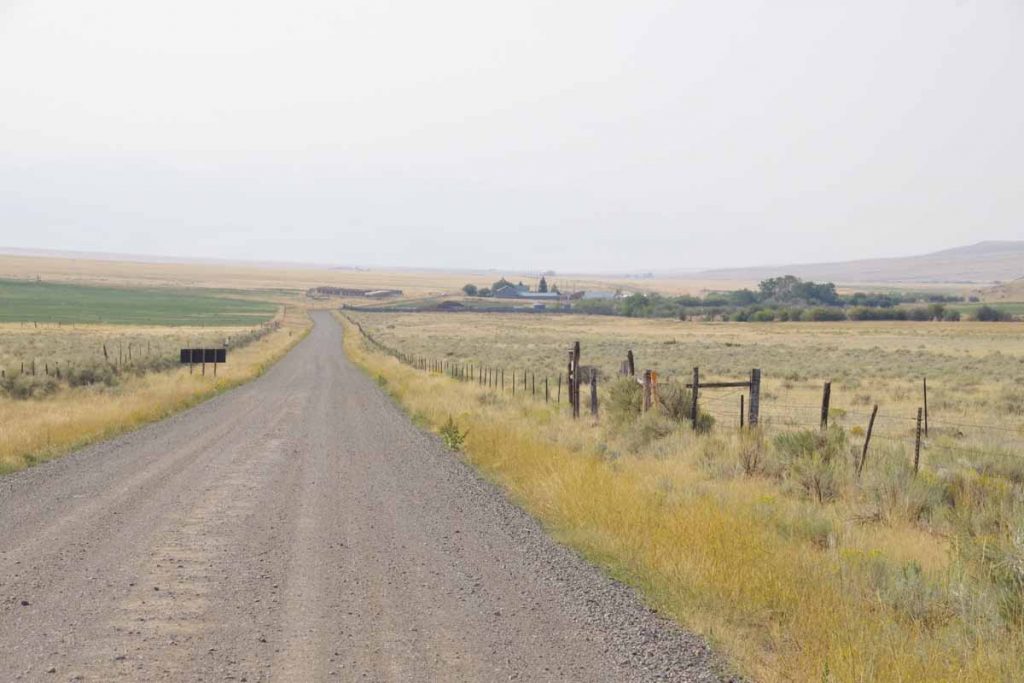 A pickup slowed and asked if this was way to Boulder. In return, I found out where the gravel stopped (at 16 miles). A lot easier cycling after that. 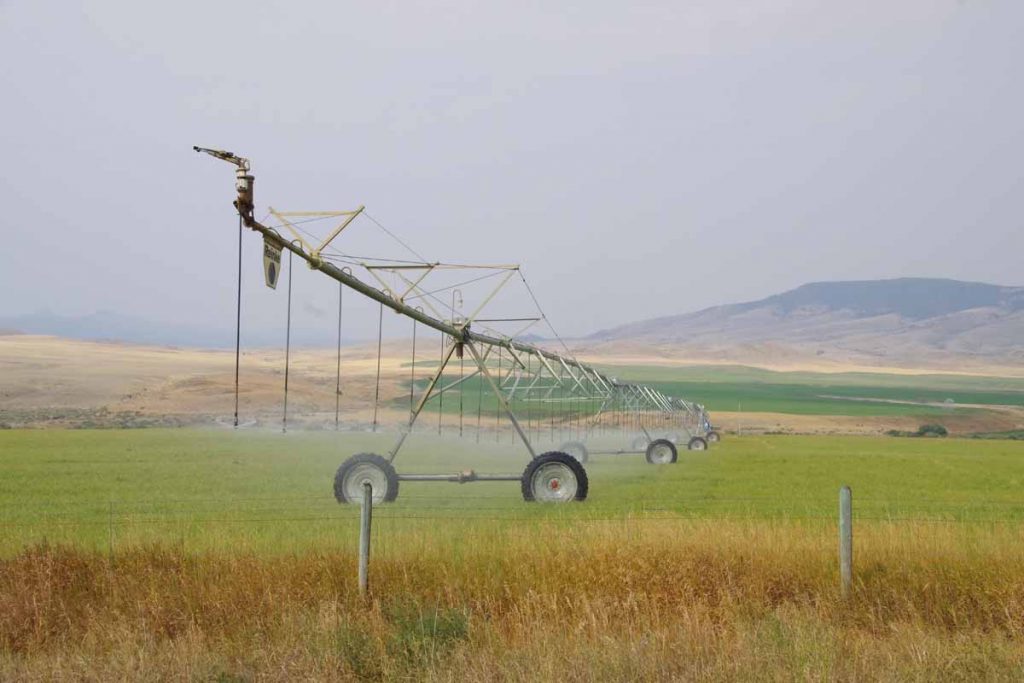 More descent here and some irrigated agriculture. Last 10 miles were pretty easy on pavement and made it into Whitehall early. 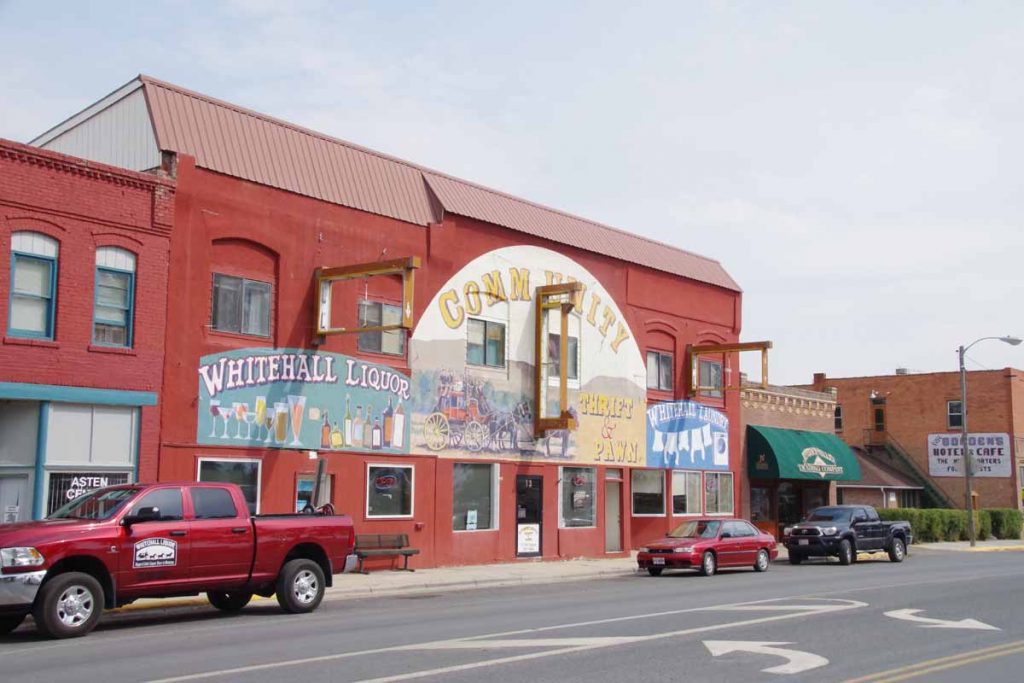 This town was split a bit between businesses clustered near the interstate (I-90) and those on MT 69 where the railroad tracks. Found a place and relaxed for the afternoon.

I’ve been keeping an eye out on the weather forecasts. After the cold front comes through, a weather alert says, “The National Weather Service in Great Falls has issued a Winter Weather Advisory for elevations above 6000 feet for snow… which is in effect from noon Sunday to noon MDT Monday…” I’ve seen this in the forecasts for several days and hence taken slightly slower pace – in to see if I can cross into Yellowstone after the worst comes through.