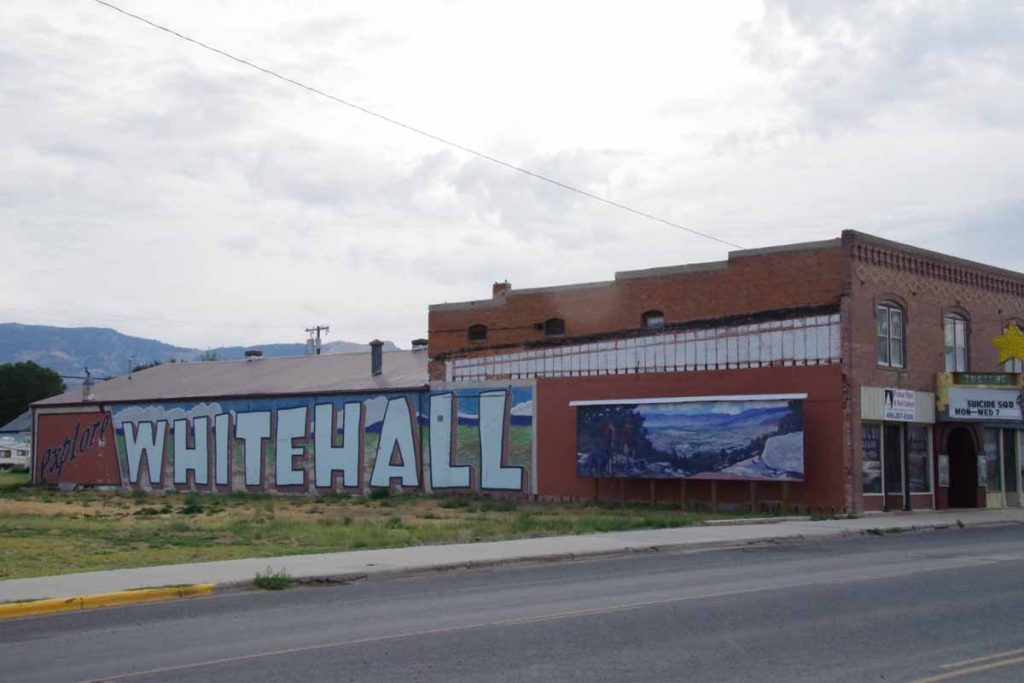 Today a nice ride from Whitehall to Ennis. The cold front had come through last night with some gusty winds and rain drops, but overall not much cooler this morning. Whitehall is known for its murals of the Lewis and Clark expedition and I saw a few as I passed through town.

First eight miles were on secondary roads parallel to I-90. After that I turned south and started to see more signs pointed for Yellowstone. 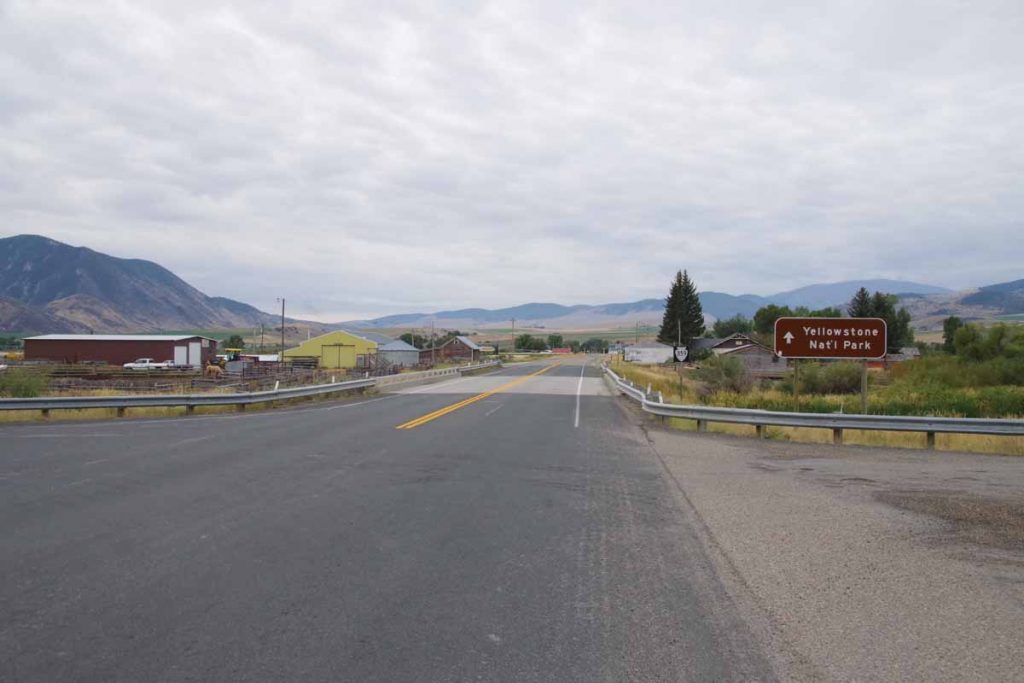 Next 15 miles were on MT 369 which had a few climbs through the hills. It was an agricultural area and in a few spots, I could smell fresh cut hay. Also passed along a sign for a potato grower. 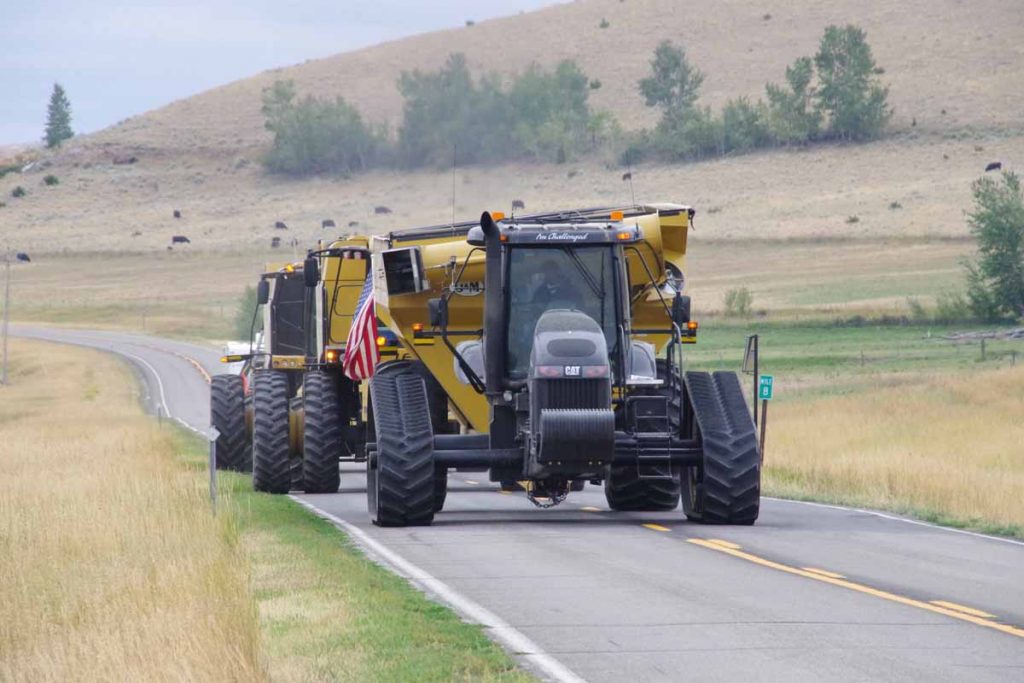 These three big tractors came past as I moved off the road to leave plenty of room. 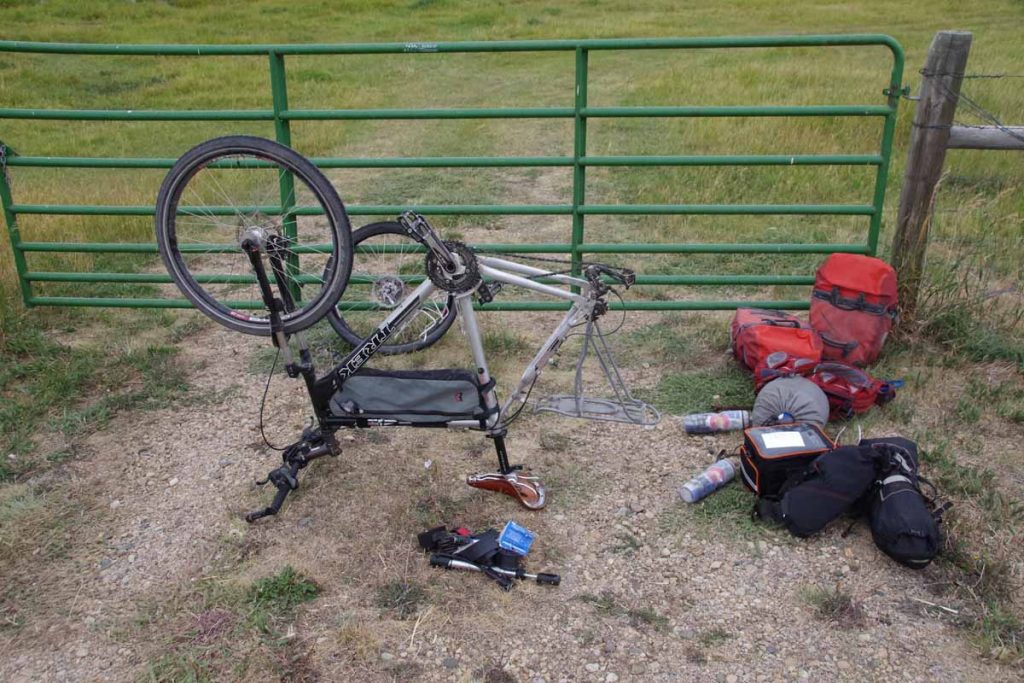 At fifteen miles I noticed my rear tire being squishy soft again. Looks like one of the inner tire layers has a bit of a tear. Might still be ok in emergency, but decided to swap in my spare tire. 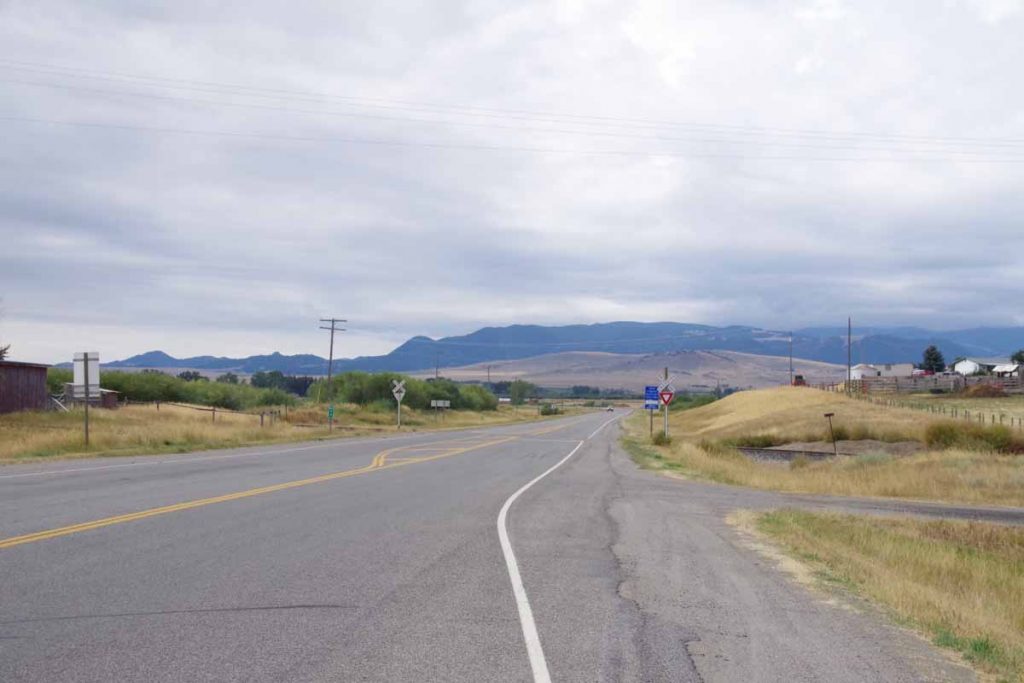 At 22 miles turned south on US 287. There was a 3-4 foot shoulder that also had a rumble strip. Most of the time, I could ride to right of the rumble strip and in any case traffic was fairly light. 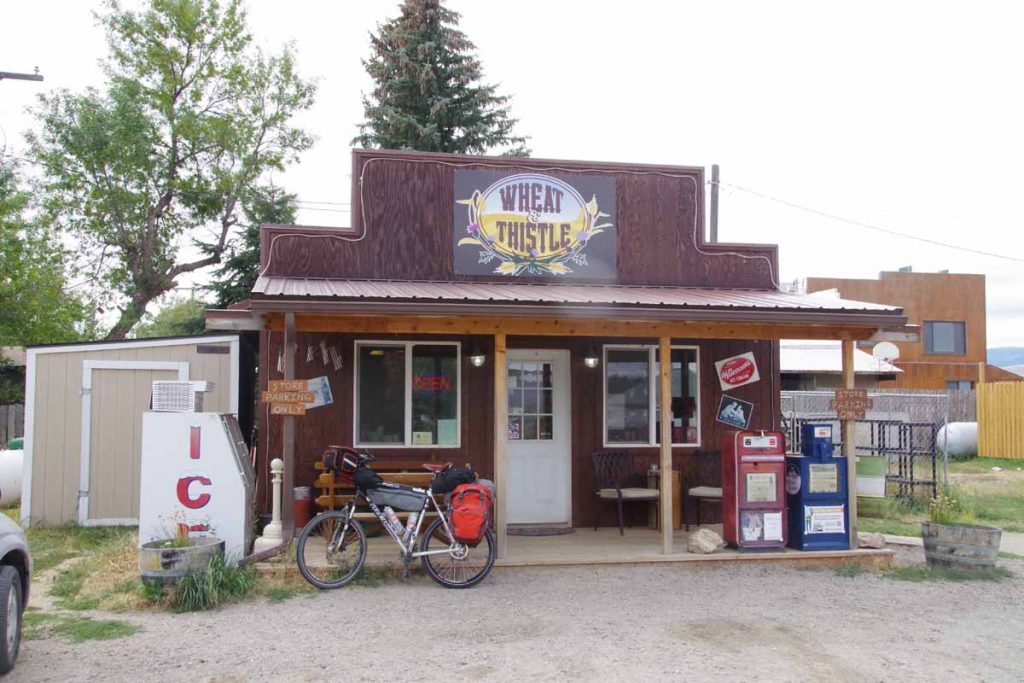 Harrison had this nice little store and excuse to stop. Decided I would try for lunch in Norris, 11 miles further though. Unfortunately, reaching Norris, the bar only started serving food after 2pm. So back on the road. 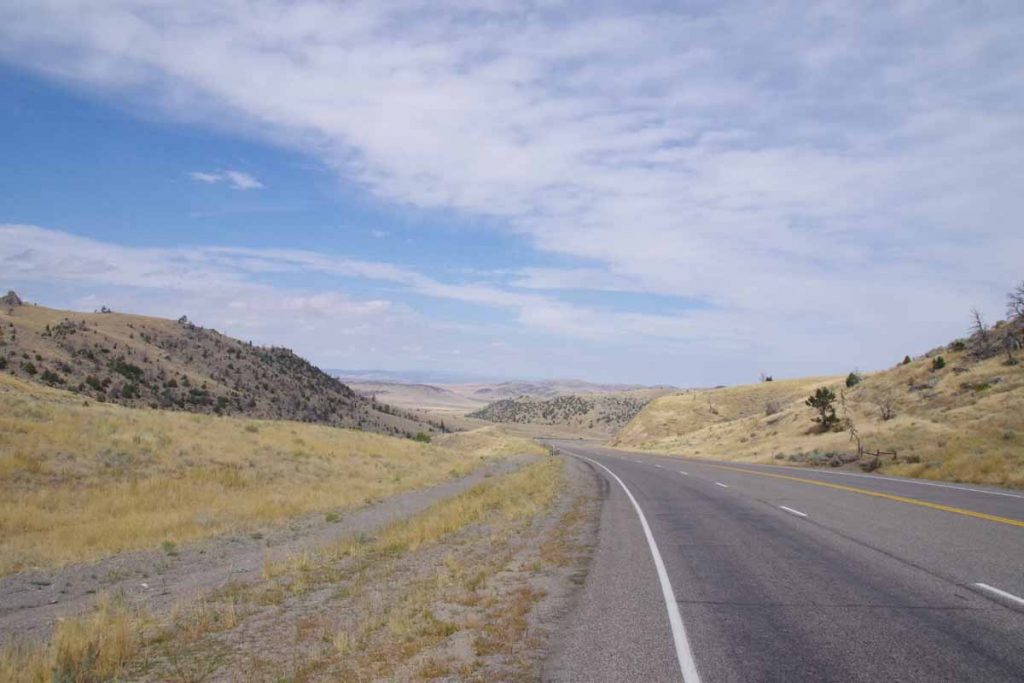 Next 9 miles to McAlister had a fairly large hill. This is a view part way up the hill and looking back. 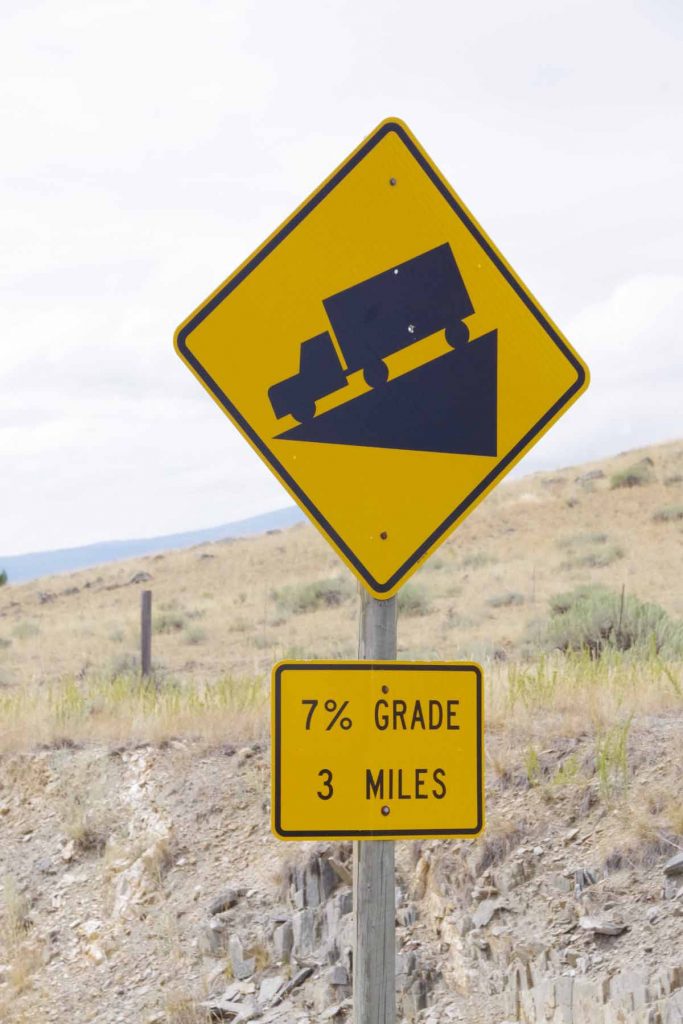 What goes up, must come down and nice to see this sign as I reached the top. 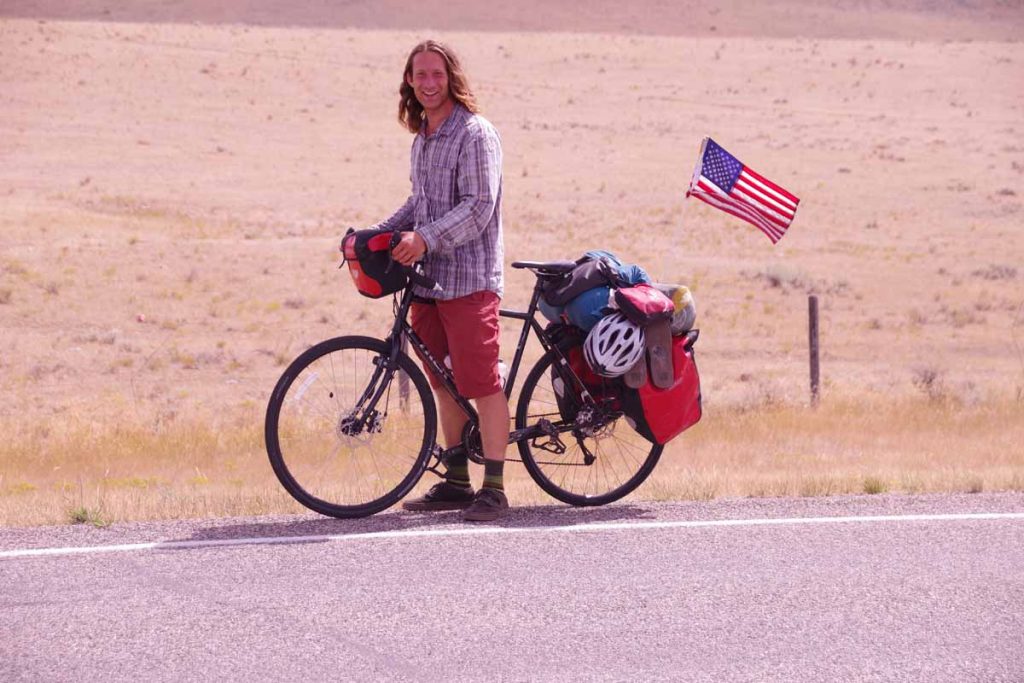 Part way down, I met this cyclist coming the other way. He had started in New Jersey and was getting closer to his end destination of Seattle. I’m far enough off the GDMBR, but now closer to the “Transamerica Trail”, so expect I might see some other East/West cycle tourists here.

At the bottom was McAlister and chance for a late lunch. After that only 6 more miles to Ennis to end a nice day of cycling. 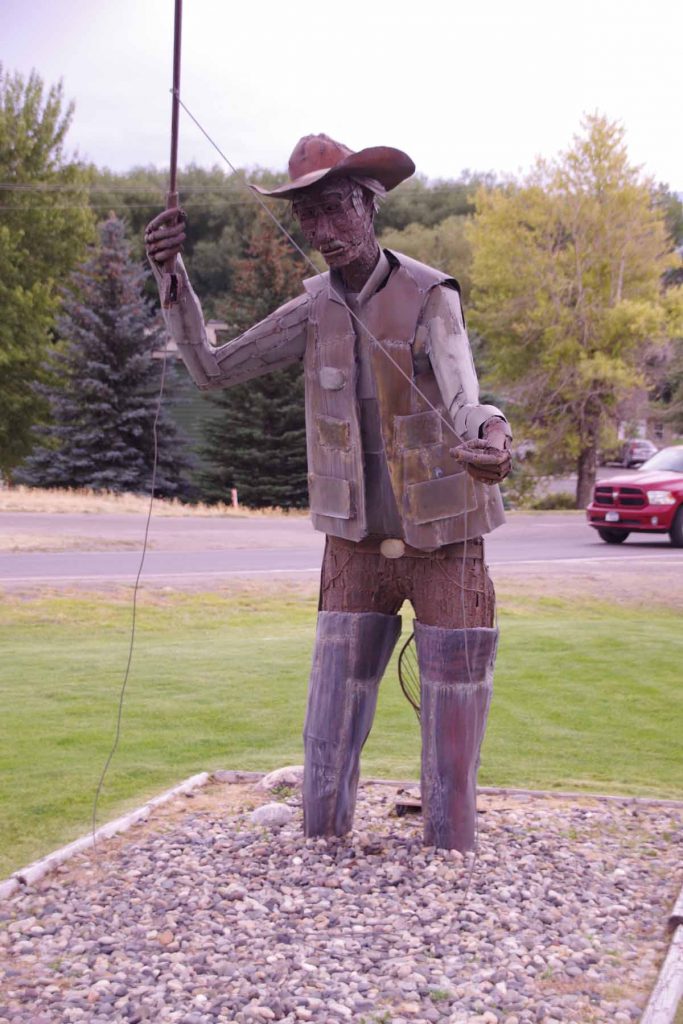 Ennis has this statue of a fly fisherman on the main intersection and this theme seems play here. 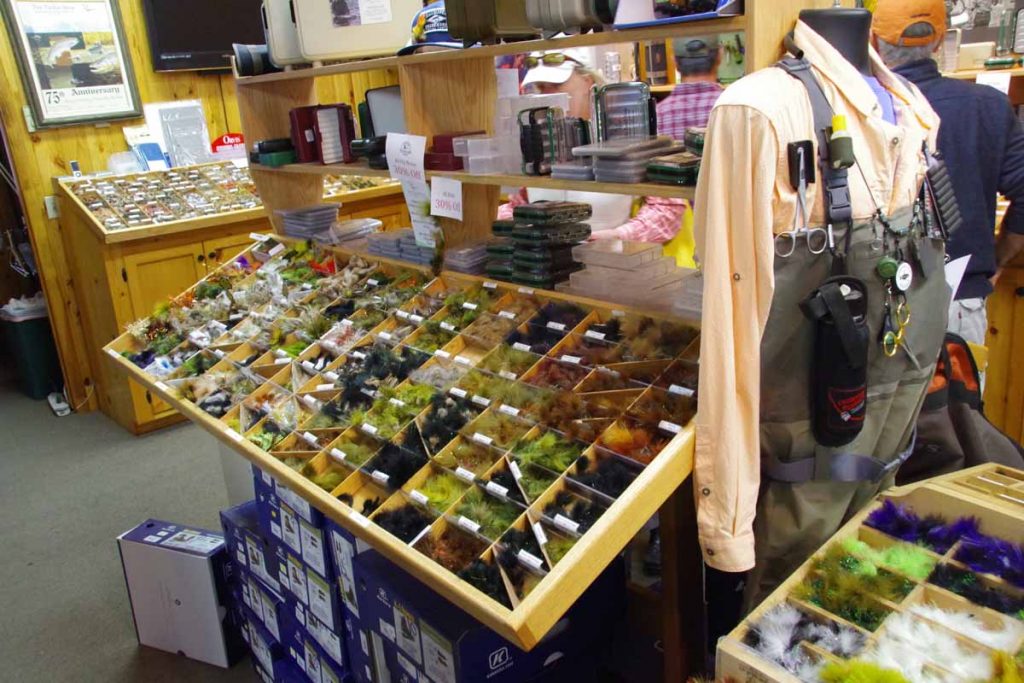 Several shops where you can buy from a large assortment of flies. 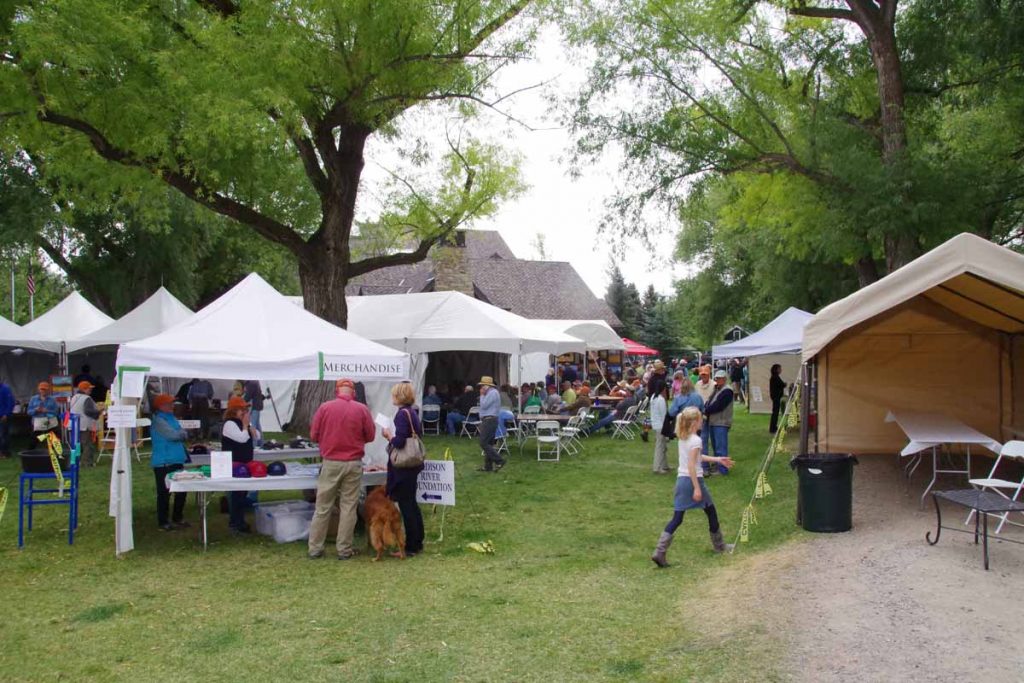 A fly fishing festival being held over Labor Day weekend. 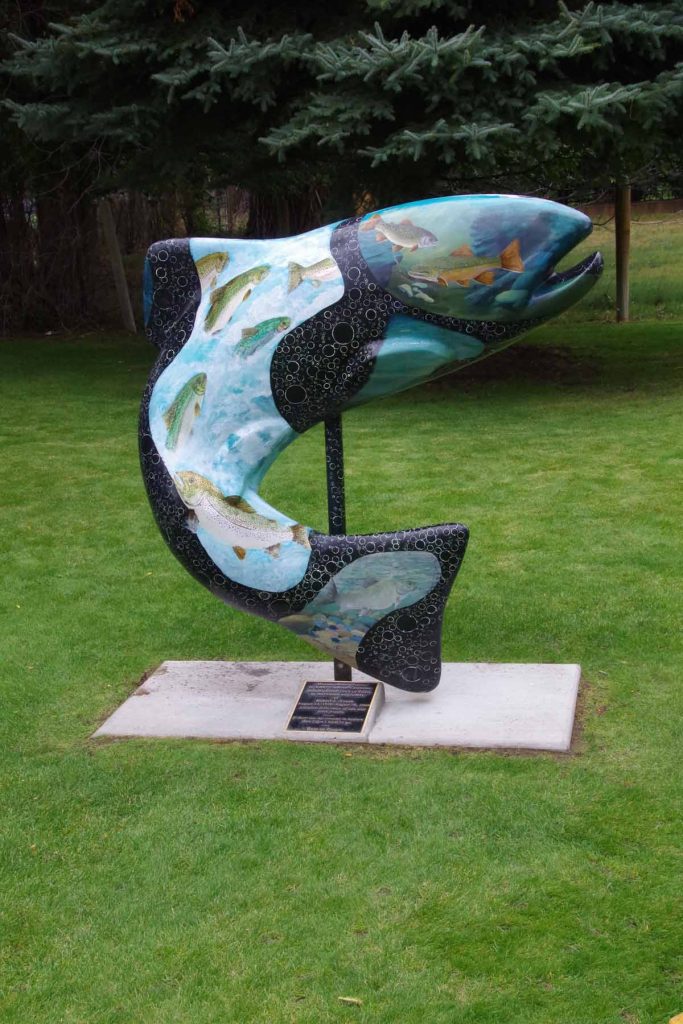 A number of large painted fish placed at different places around town.

I booked a room for two nights and plan to take a rest day here. Weather forecast now calls for ~60% chances of rain for both Sunday and Monday. This looks like a fairly arid region and is only 4900ft, so not sure it will be particularly severe here. However, still a nice spot to get a rest day before cycling closer to Yellowstone and higher elevations.