↓
Home→USA→Colorado→Kremmling, on the road and into the wind

Two days riding brought me to Kremmling. This was familiar riding on roads I had cycled several times before.
Day One
Nice to be back on the road again. Today the theme was “beat the wind”. While I did end up with headwinds much of the day, I still felt partially successful with almost no wind the first 10 miles. 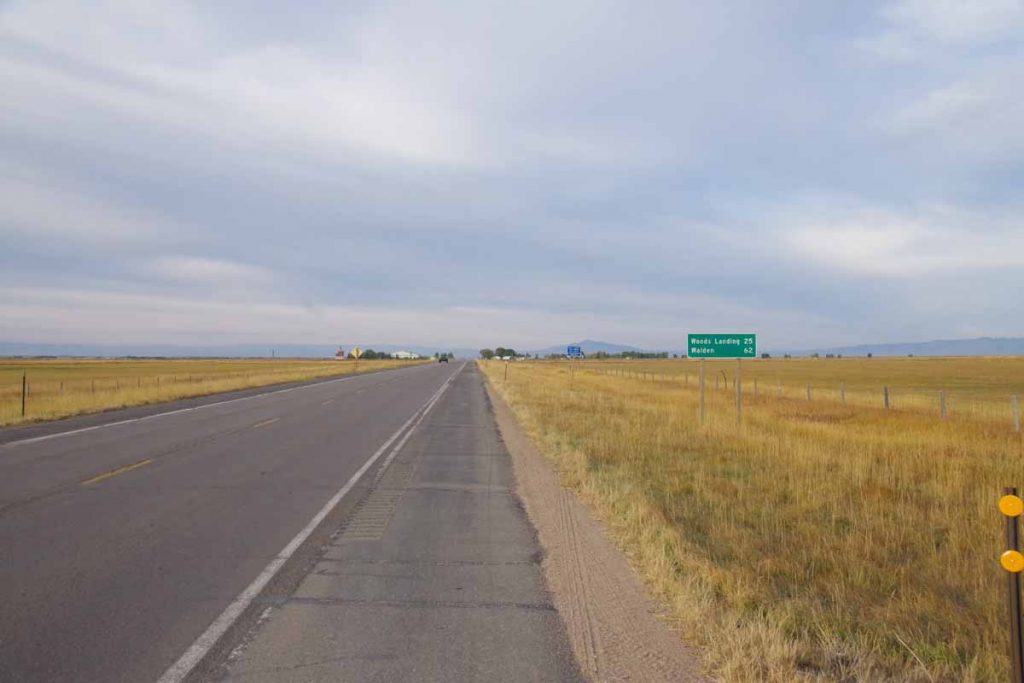 The ride from Laramie quickly becomes flat and open. I was in familiar territory and had done this ride multiple times before. The first 26 miles were through wide open land where the wild card is the wind. It once took me 6 hours to cycle that distance with some ferocious headwinds. Fortunately it was calm starting out and lighter headwinds the last half of the distance. 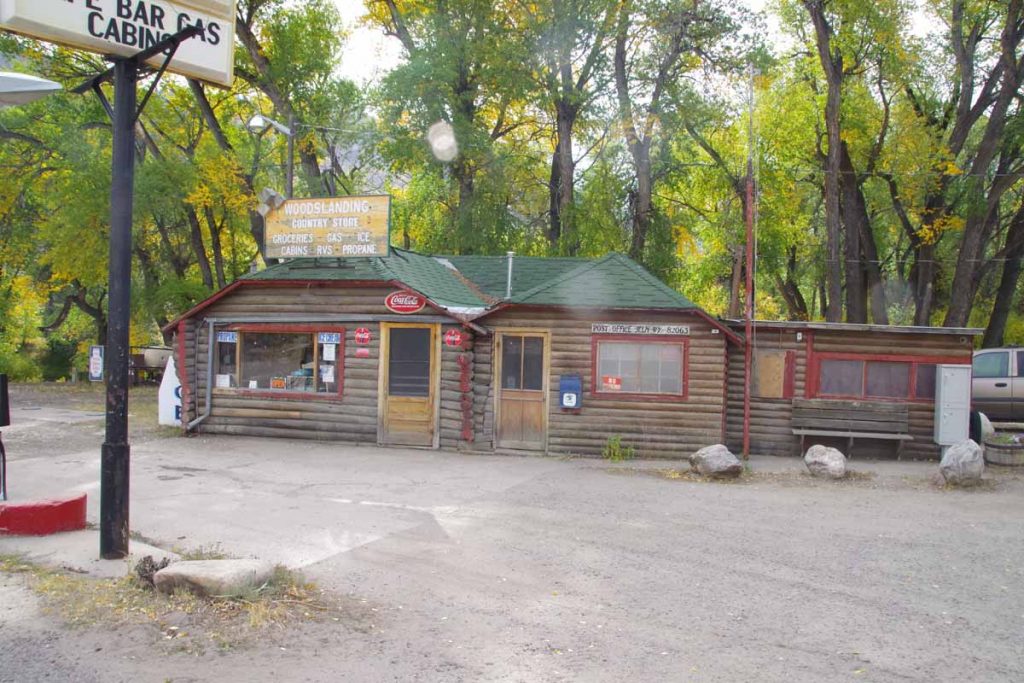 At Woods Landing, one trades the wind for 1000+ feet of climbing. I stopped in and talked with the clerk for a bit. She noted it had been rather hazy, most likely from some of the fires in the area. 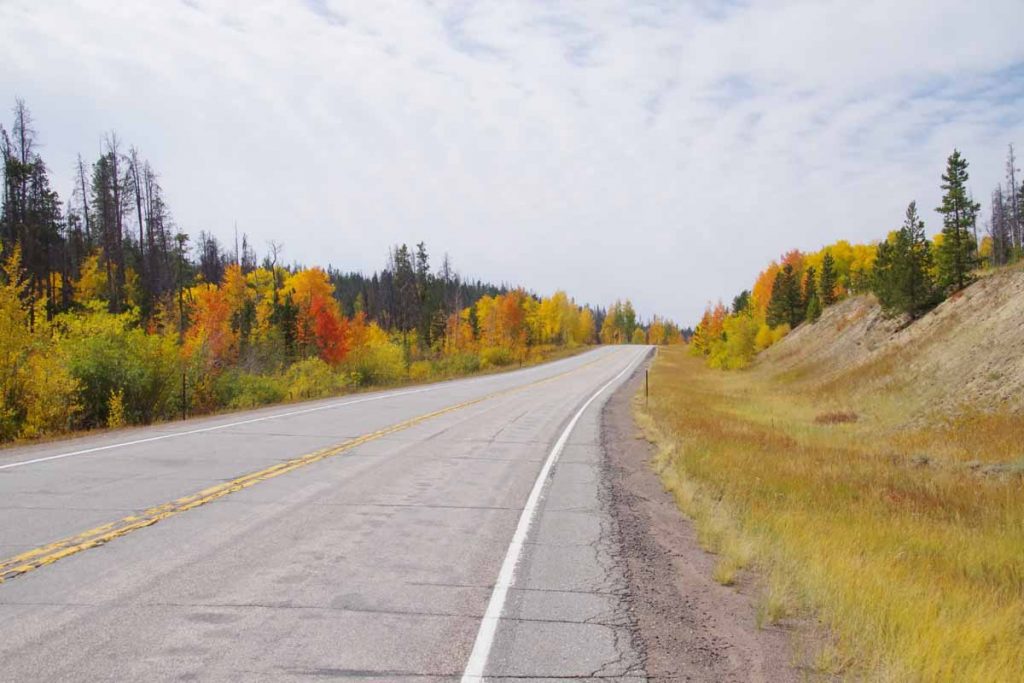 The aspen are beginning to turn. I climbed to slightly over 9100ft before having an occasional descent coming into Mountain Home. Not much later, I crossed the Colorado border. 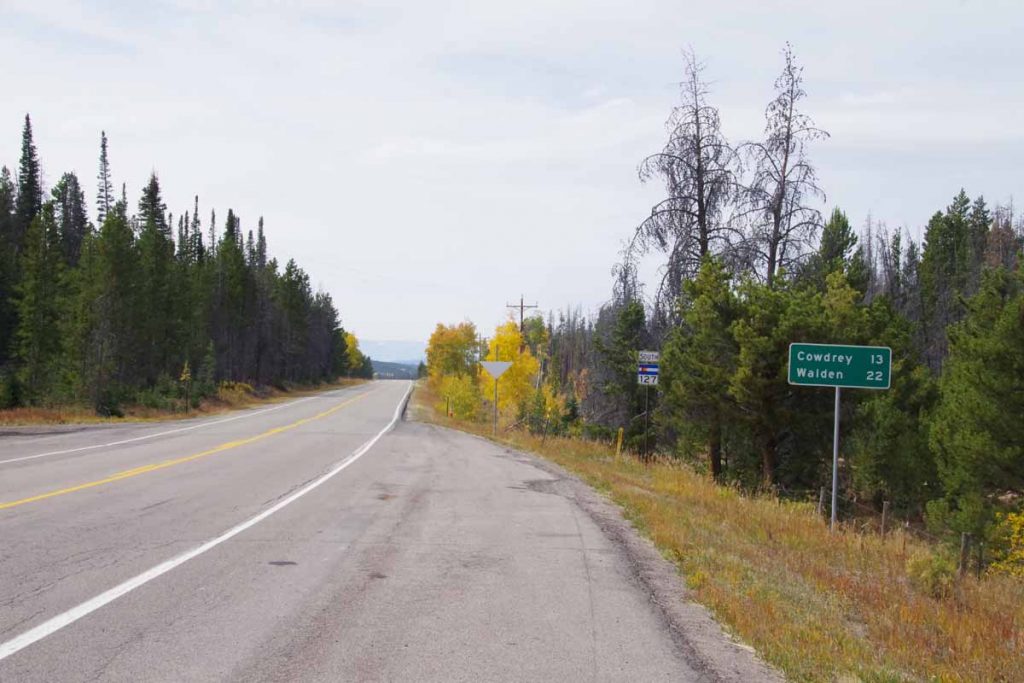 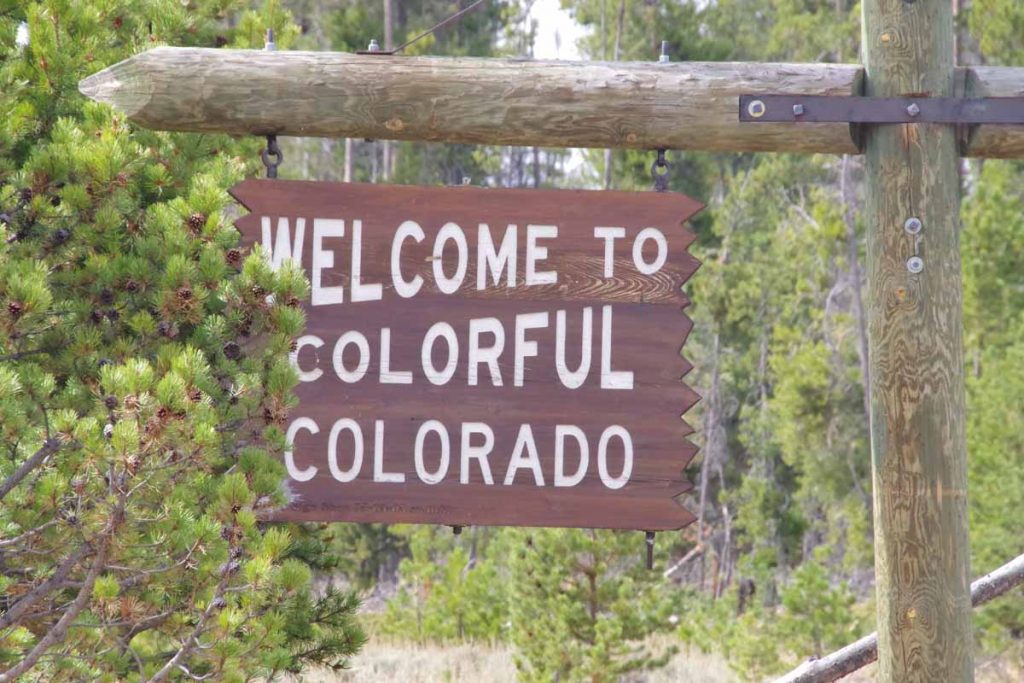 However, shortly thereafter I came to the Welcome to Colorful Colorado sign. It was 9 miles of both headwind and mostly downhill from here to the next road junction. 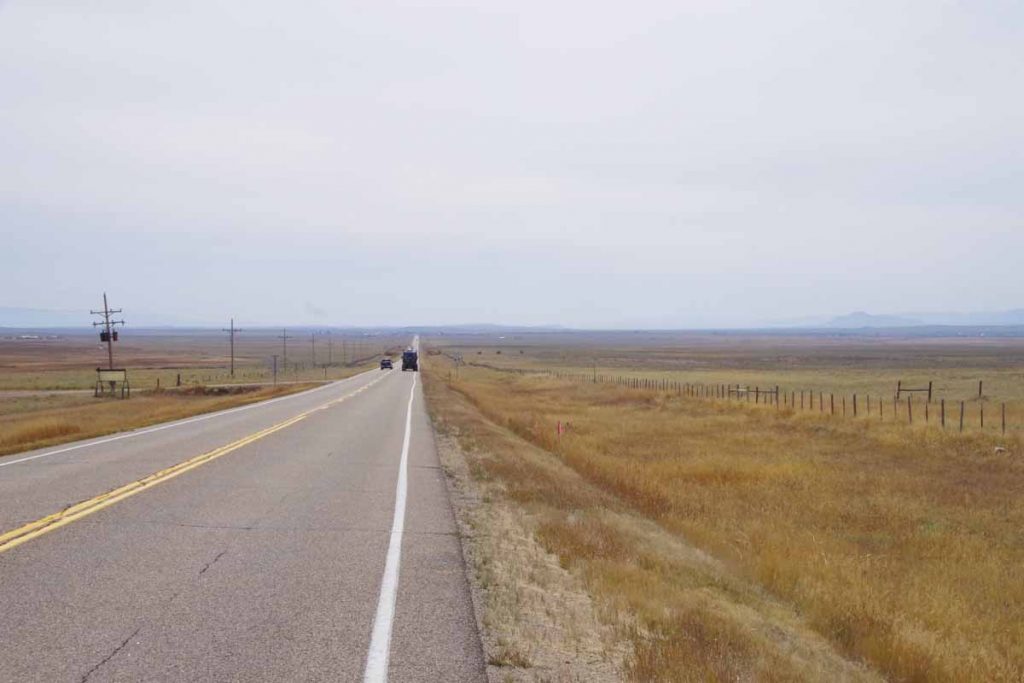 This brought me to North Park, a large treeless and relatively flat area. Walden is in the middle of this space. 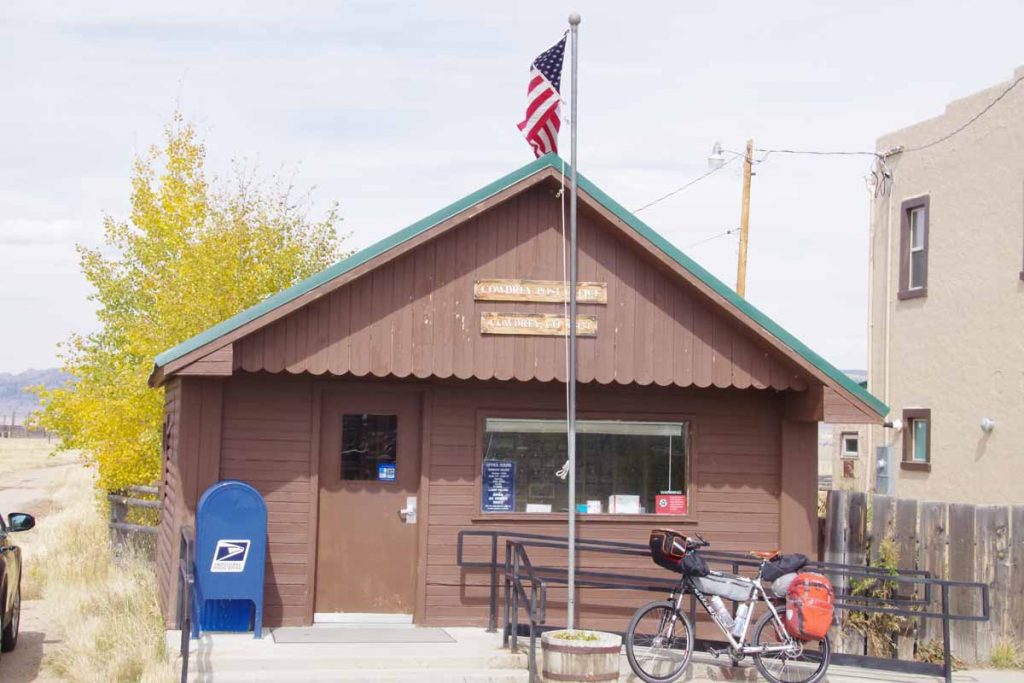 Cowdrey is first. Above is the small post office. There isn’t much else in Cowdrey. 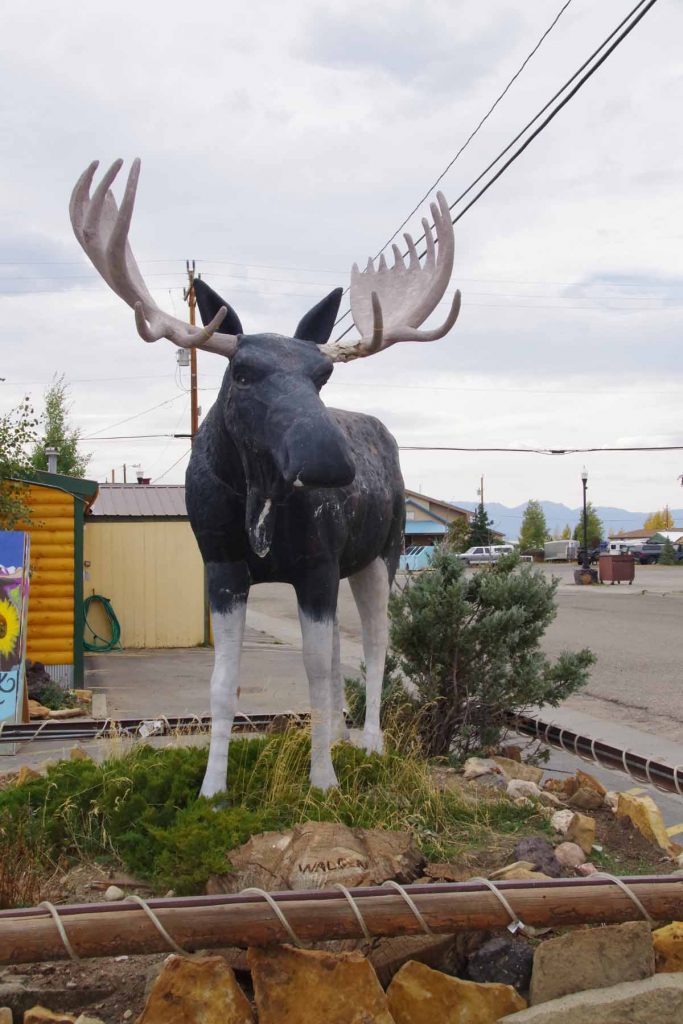 At end of 63 miles I was in to Walden. There are five motels in town and none have vacancies. Apparently, a combination of firefighters, hunters and other workers have made this very popular. It is currently bear and elk season with the latter being bow hunting only. I’m told it will get even busier once the elk season opens for rifles.

Otherwise Walden dubs itself as the “Moose watching capital of Colorado”. I wandered through familiar haunts before camping in the city park.
Day Two
Warm overnight and the sprinklers didn’t come on. Today definitely had some riding into the wind as it was blowing even at the start. The first 34 miles started in flat open North Park. 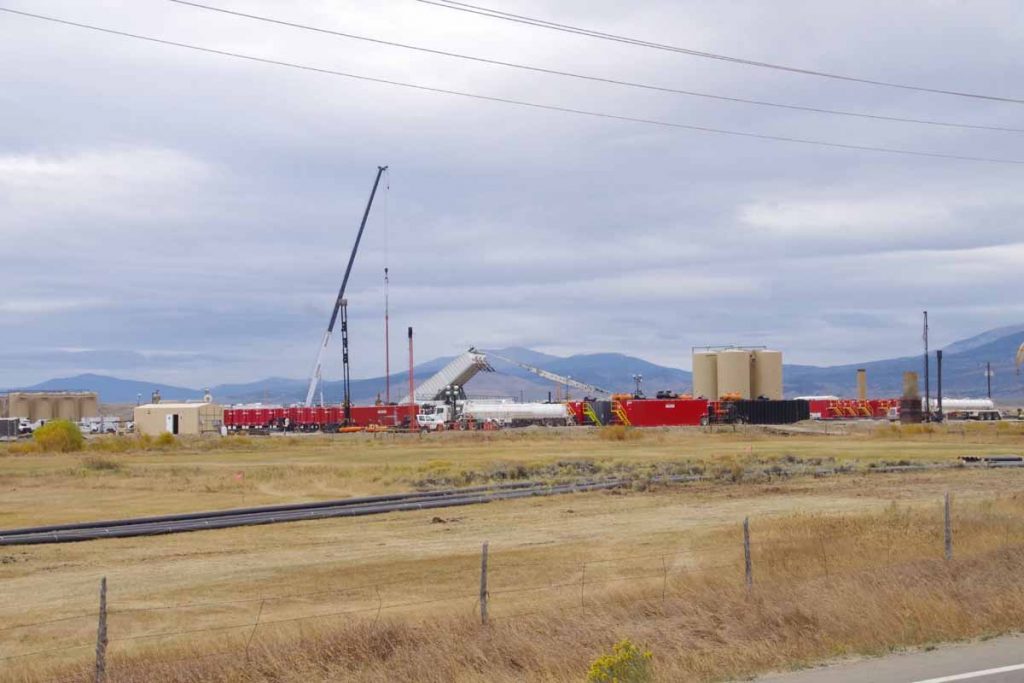 There was some energy development going on at several sites. 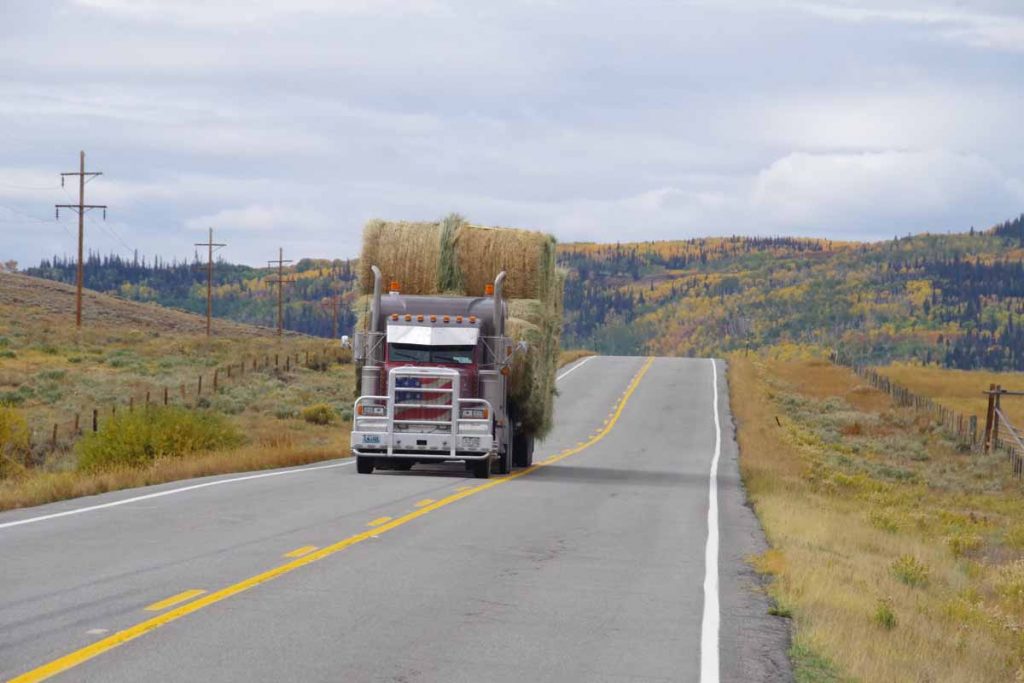 Shoulders on the road were narrow and there was some truck traffic, but all well behaved. 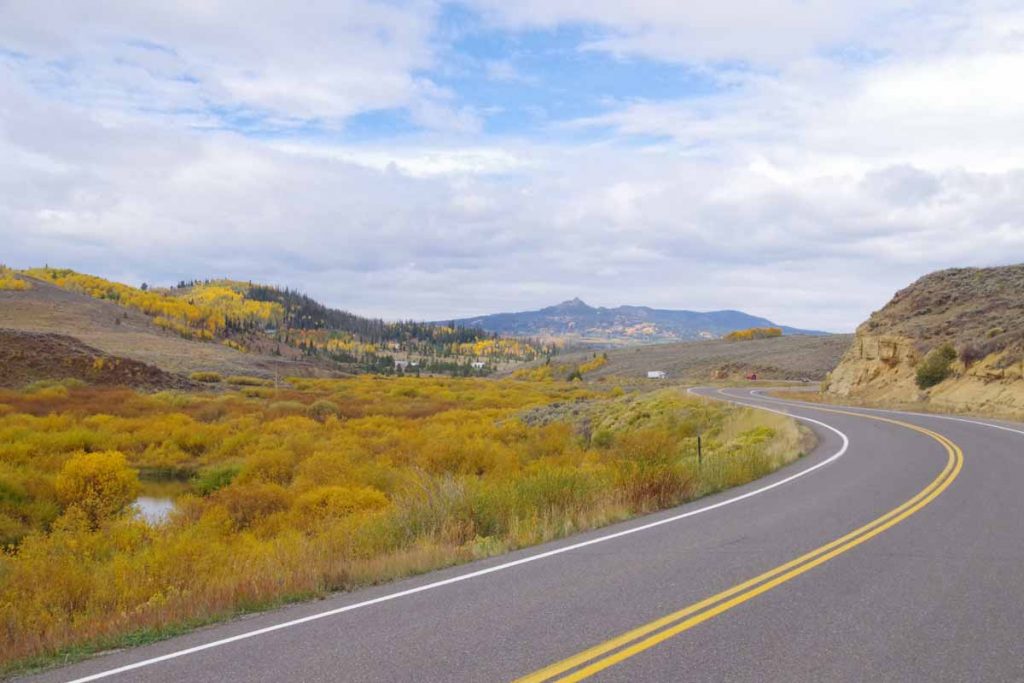 After ~22 miles the road slowly found a valley and followed gradually up to the pass. Definitely have a lot of fall colors. 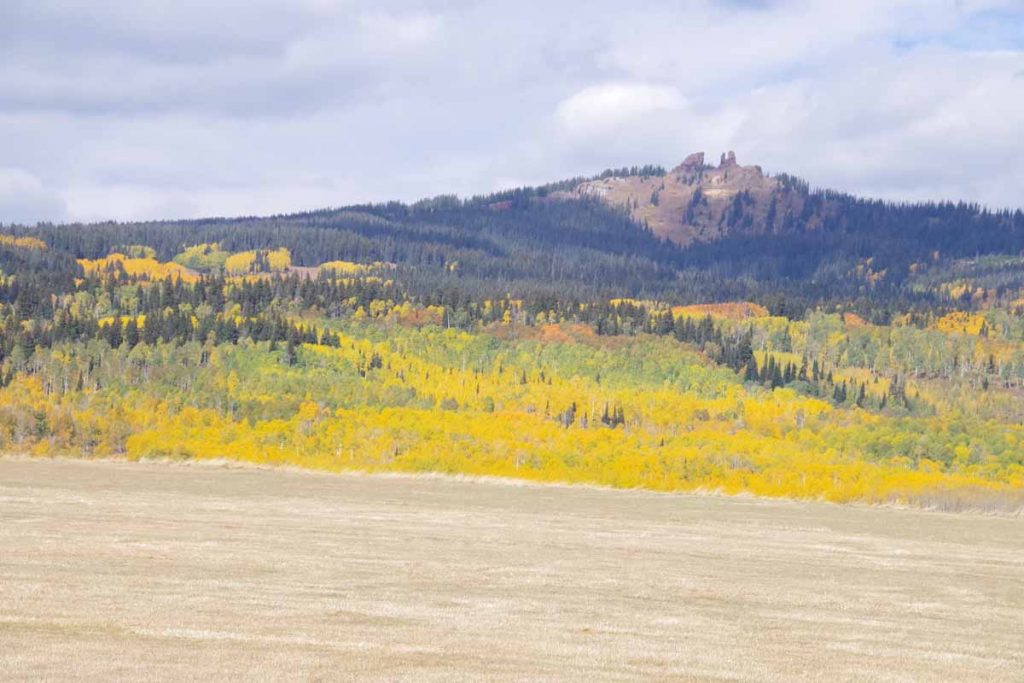 Not far from the top, one can spot the Rabbit Ears. I wasn’t going up all the way to Rabbit Ears Pass, but instead just over a 8772 ft continental divide crossing named Muddy Creek Pass. 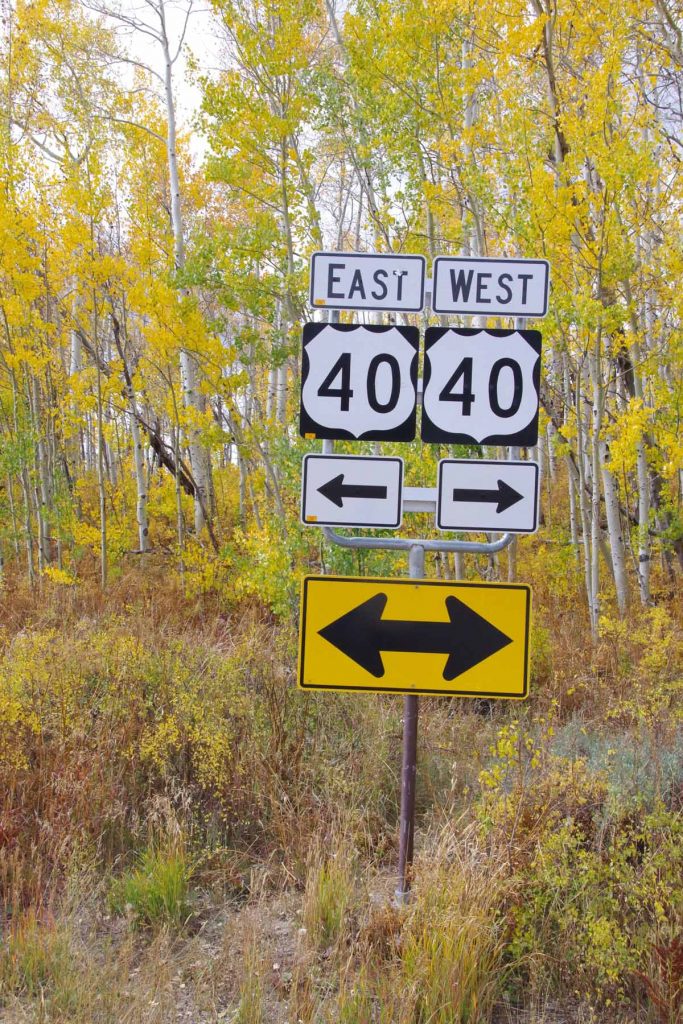 There wasn’t even a sign, so took this photo of the Highway 40 Junction instead. From this point, it was ~1300ft of descent over 27 miles down to Kremmling. Here I definitely noticed some of the wind coming from the south. 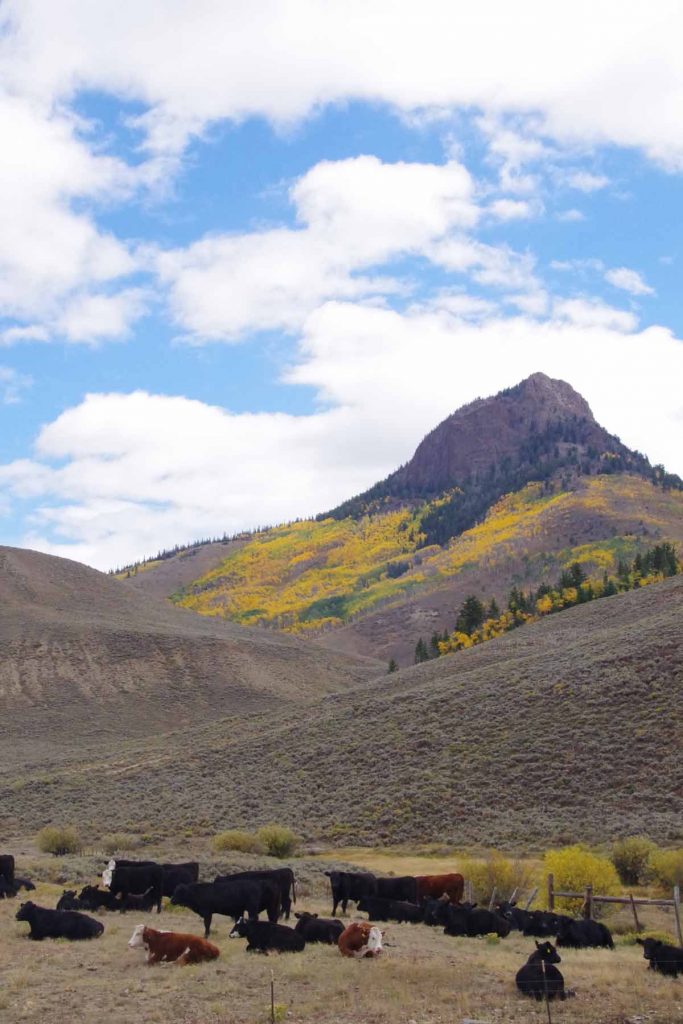 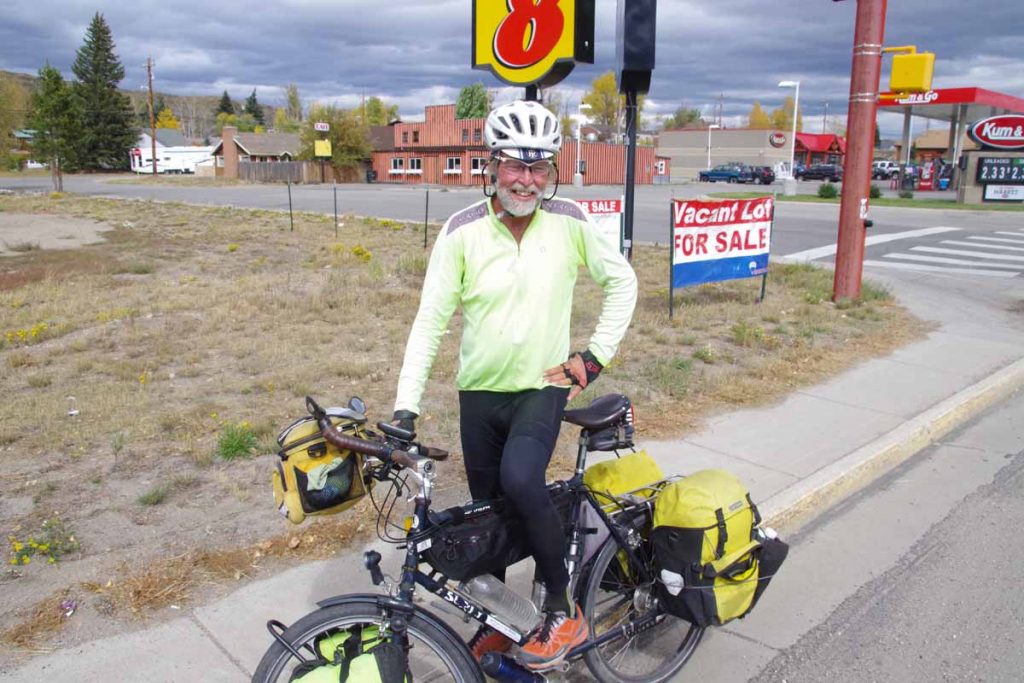 Within Kremmling, met this cross-country cyclist headed west. Also met four Great Divide Mountain bike riders on their way south. No photo because I was walking around town without my camera. They had started roughly the same time as myself in Banff and were making good progress.

Overall, nice to be riding on the cleaned and fixed hub again. The past two days were good riding made a little more difficult with headwinds but also over familiar routes.