Leaf season is here. Lots of yellow aspen trees and some leaf peepers stopping along the road. 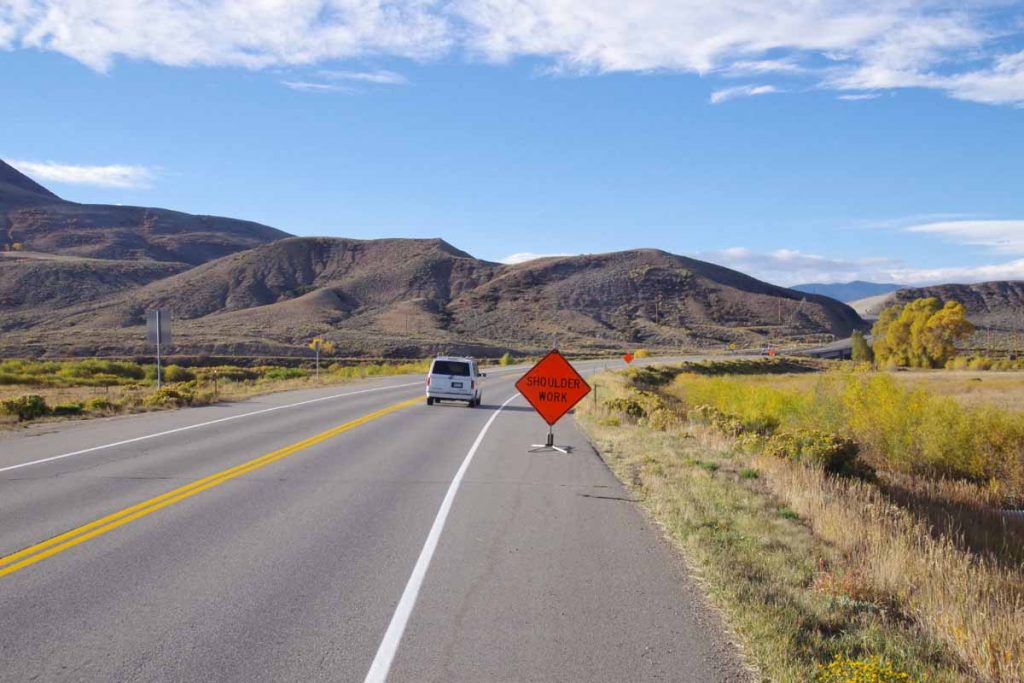 Less wind today. Fortunate as I did climb from ~7300ft to end at ~9700ft. Started the day with breakfast in the Moose Cafe, but this time in Kremmling. Highway 9 had signs about road construction, though this was some of the better riding. Except for signs like the one above, the first seven miles didn’t have much other than a machine they were using to put in rumble strips in a fresh shoulder. Fortunately, the shoulder is wide enough that these rumble strips will be OK. 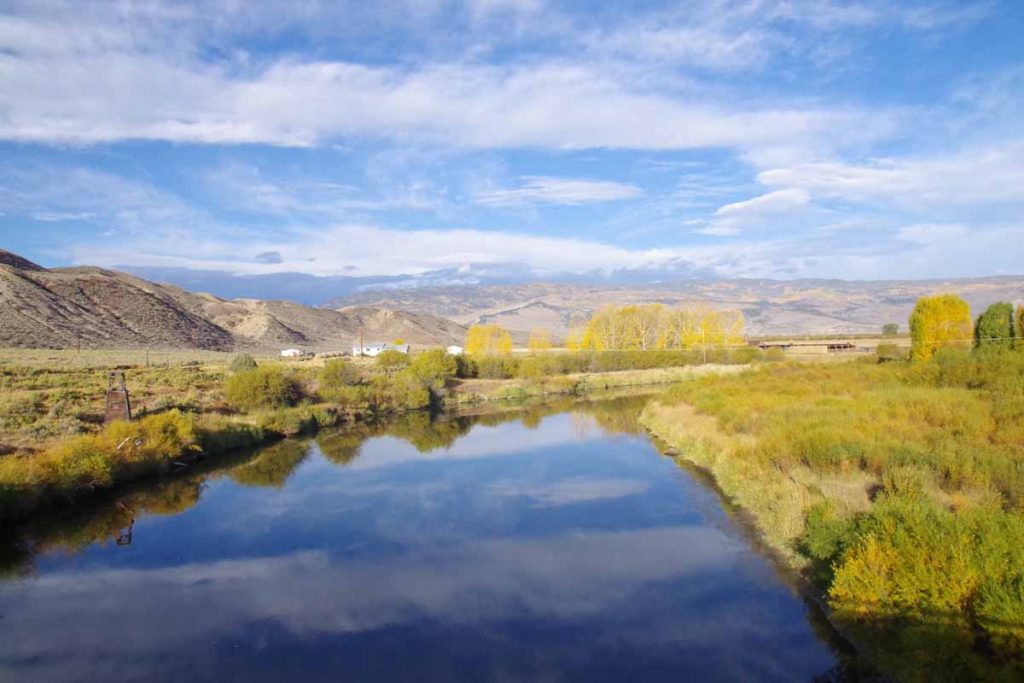 Crossed the Colorado River. Placid and not much flow here in the fall. 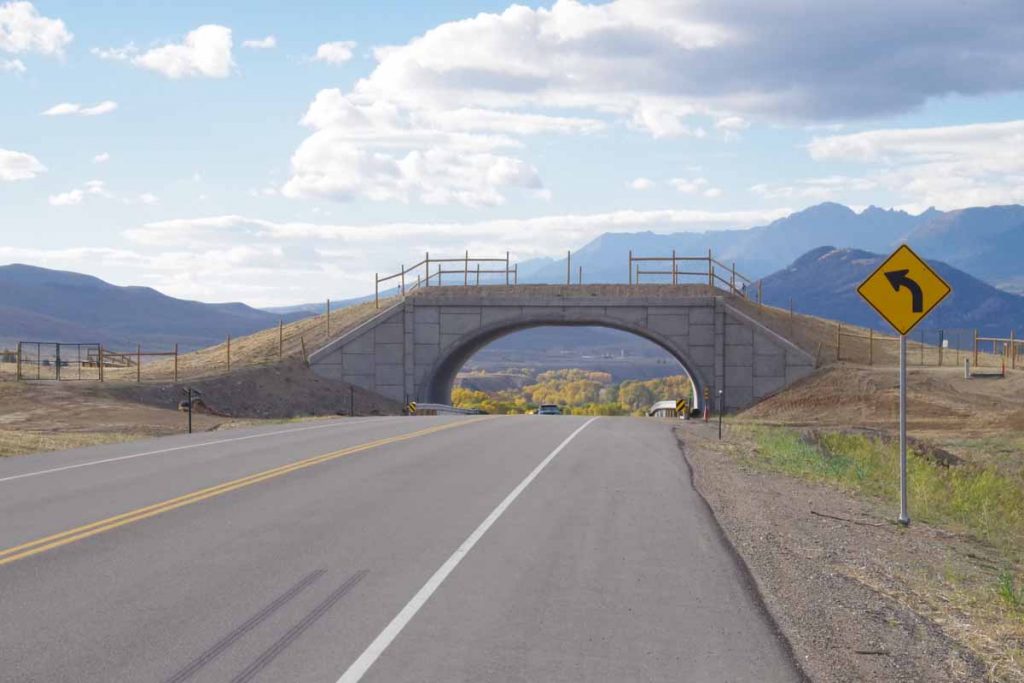 There was also a wildlife bridge. The one above just finished and one later they were still working on. One or two places they had narrowed to allowing traffic one direction only. 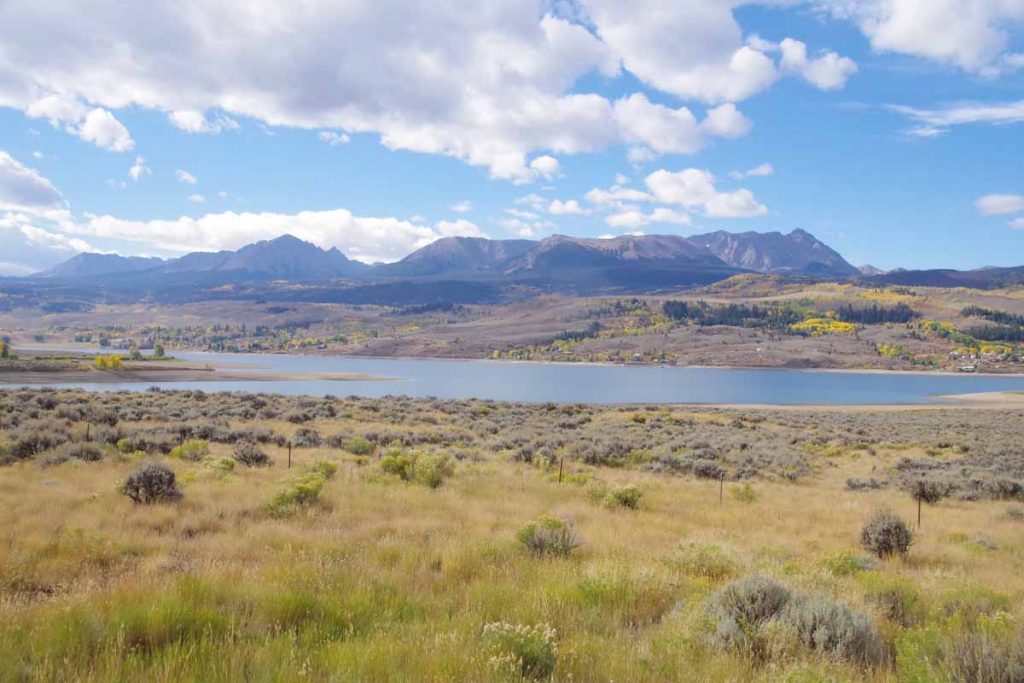 By the time I got to Green Mountain Reservoir the construction was mostly done. Unfortunately, the shoulder also narrowed here. However, with light winds and gentle climbs it was reasonably fast riding. After 38 miles I got myself to Silverthorne and then Dillon. 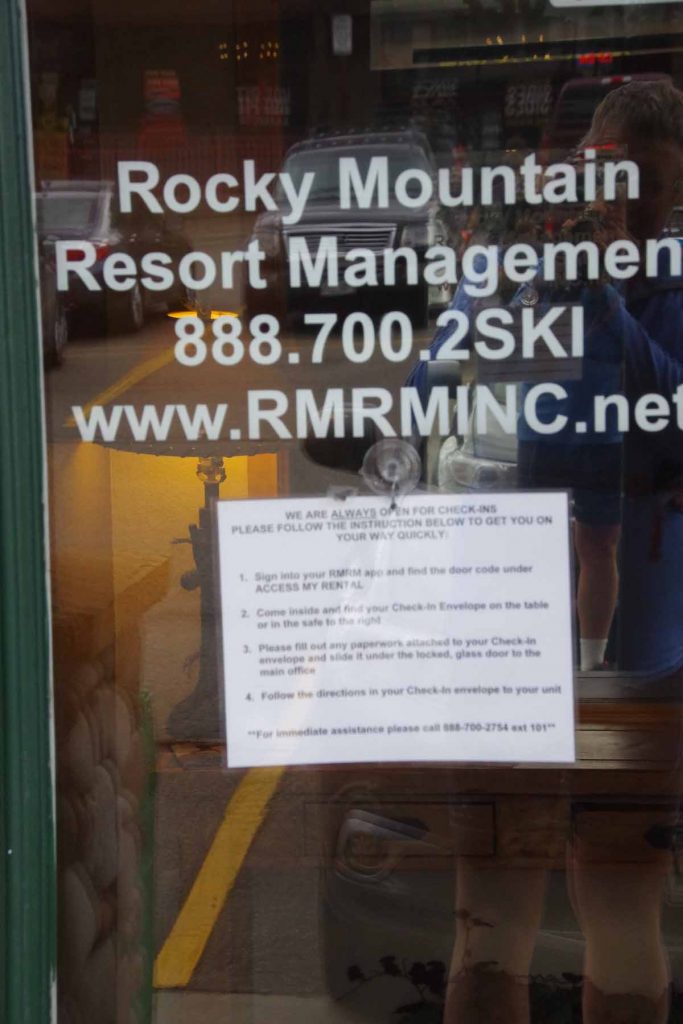 Expedia has a “mystery hotel” program. They won’t tell you the hotel other than the price and rough location – at least until after you pay. I had seen a place in Copper Mountain that wasn’t too expensive so placed a reservation. Turns out it is a small condo right in the ski area central area. Also one needed to pick up the key cards in Dillon – which fortunately was on the way. 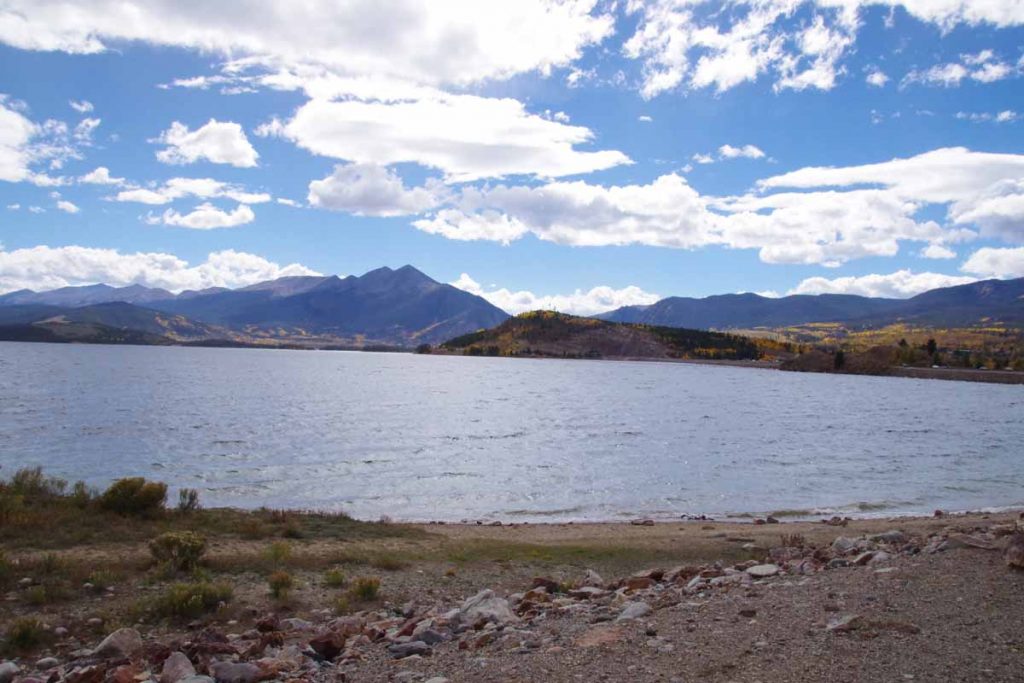 After this I cycled up and along Dillon Reservoir. 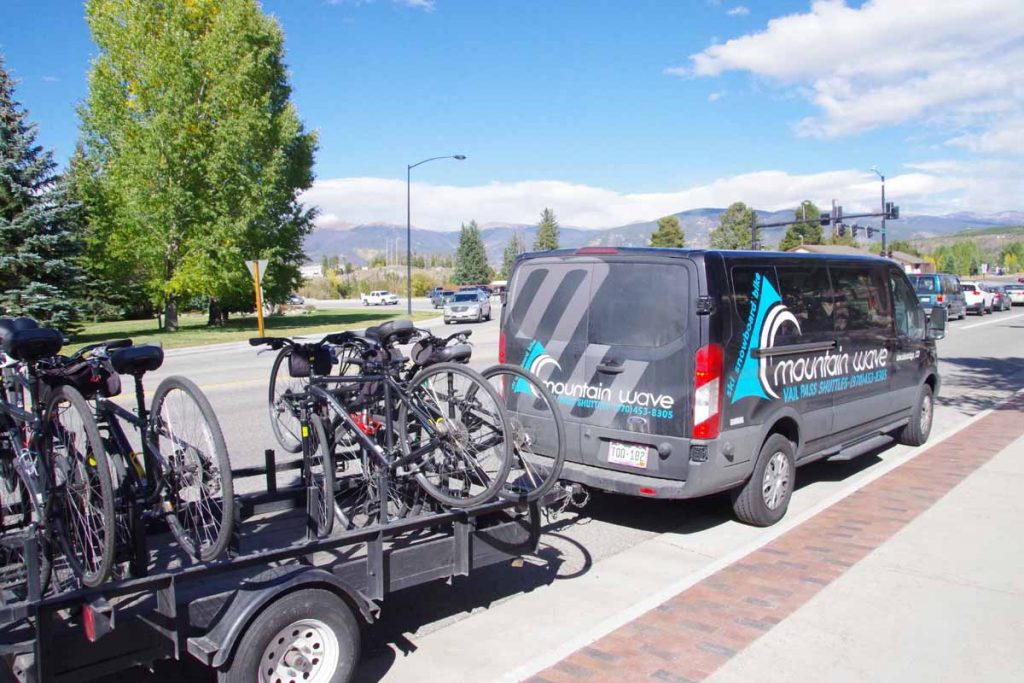 In Frisco was this van which had taken bicycles to top of Vail Pass and then let tourists cycled down the path back to Frisco. 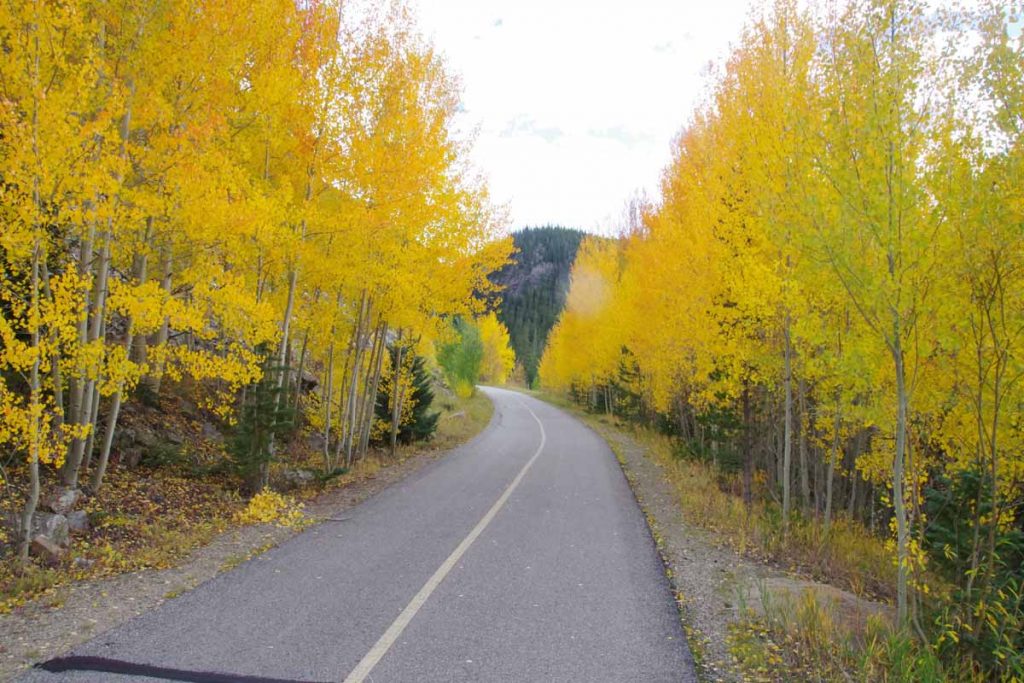 After Frisco were a little over six miles of bike path along the I-70 corridor. After that I found my way to the condo. Things are fairly quiet here now in “mud season” and many of the shops are closed. However, what I like is that I’m already at 9700ft and hence only ~1600ft of climb to get over Fremont Pass on way to Leadville. I have a rest day here and then likely a cold ride over the pass.

I also have some more clarity on travel routes from here. Rough idea is to go

Still a ways to go in the USA, but nice to have better answer when someone asks “where are you heading?”. For now it will be “Santa Fe”.