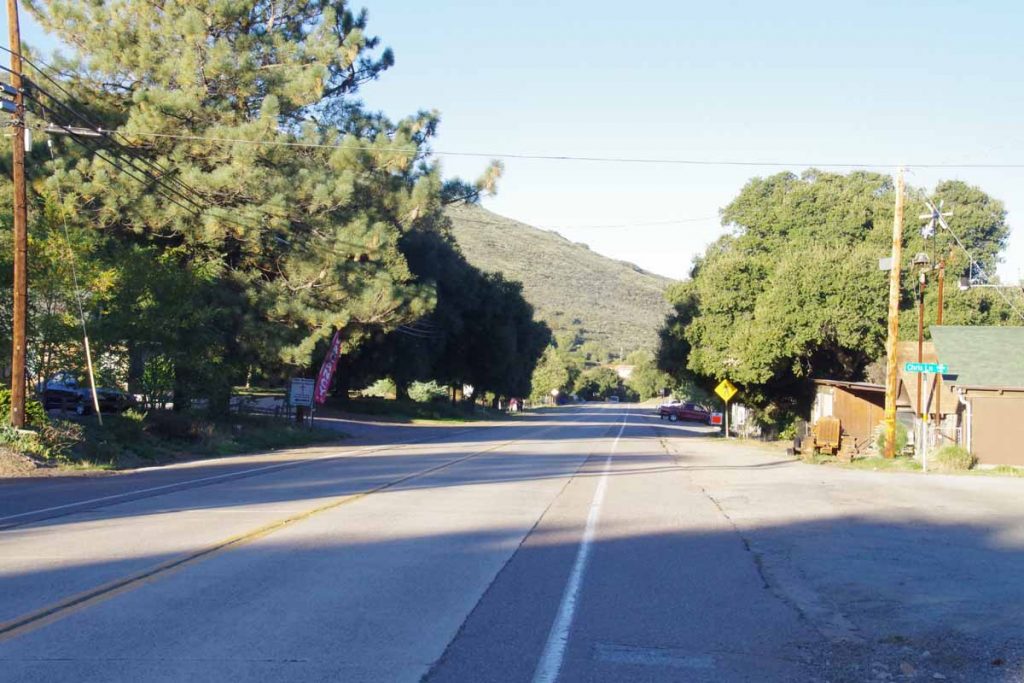 “Where are you headed?”, “San Diego”. It is a conversation I have a few times a day. However, folks aren’t looking as strangely as before. I am now four or five miles from downtown San Diego and will go there this weekend to make an official finish before taking the train to Portland on Monday.

Today had a surprising high range of temperatures. My cycle computer told me 5C (41F) starting from Pine Valley. Middle of the afternoon it peaked a little over 37C (99F) so a range of 50+ degrees Fahrenheit or 30+ degrees Celsius. I had ridden most of the route on Christmas rides though the Adventure Cycling route also was slightly different through Lakeside. 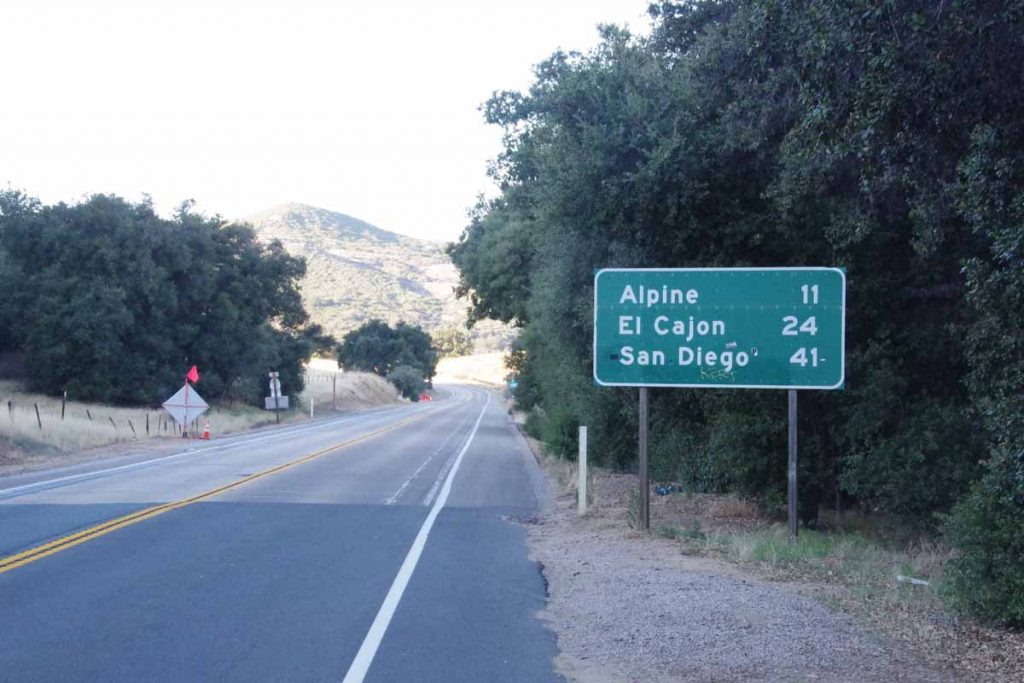 I climbed up the first hill from Pine Valley and in a very short time, the temperature jumped more than 10F (6C). No longer in the cold valley bottom. From here it was mostly downhill. 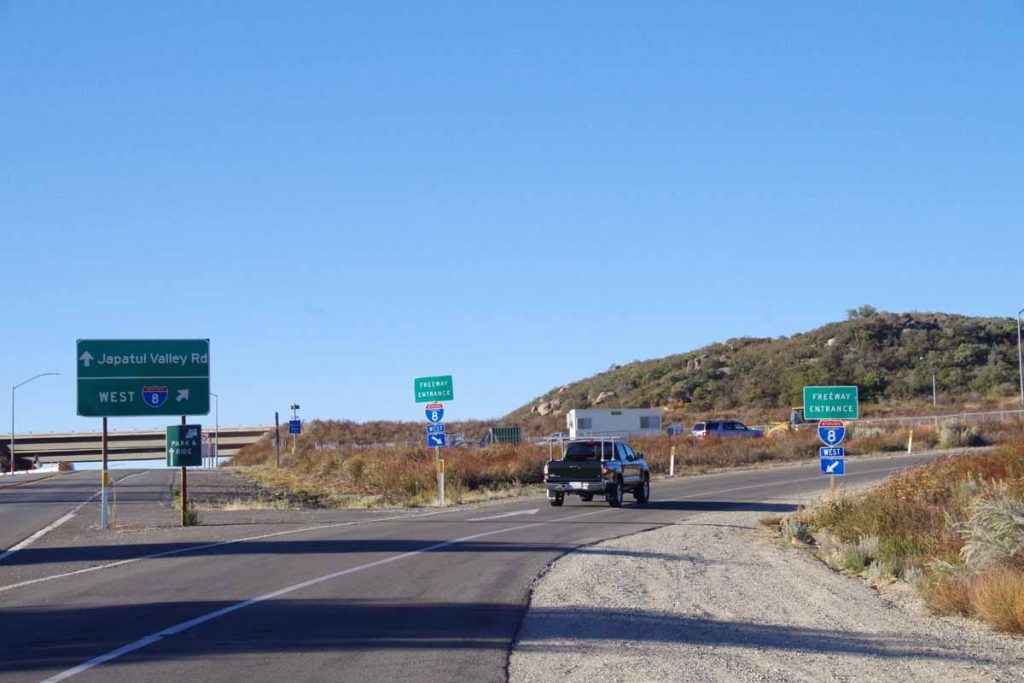 At eight miles there was a 3.5 mile ride on I-8 again. After this it was frontage roads through Alpine. By now it was over 20C. My rear tire felt funny and then noticed it was slowly going flat. Stopped to patch and noticed I had two patch kits where the glue had dried out including one where I had never even opened the glue. Fortunately, had a spare tube and swapped it in. 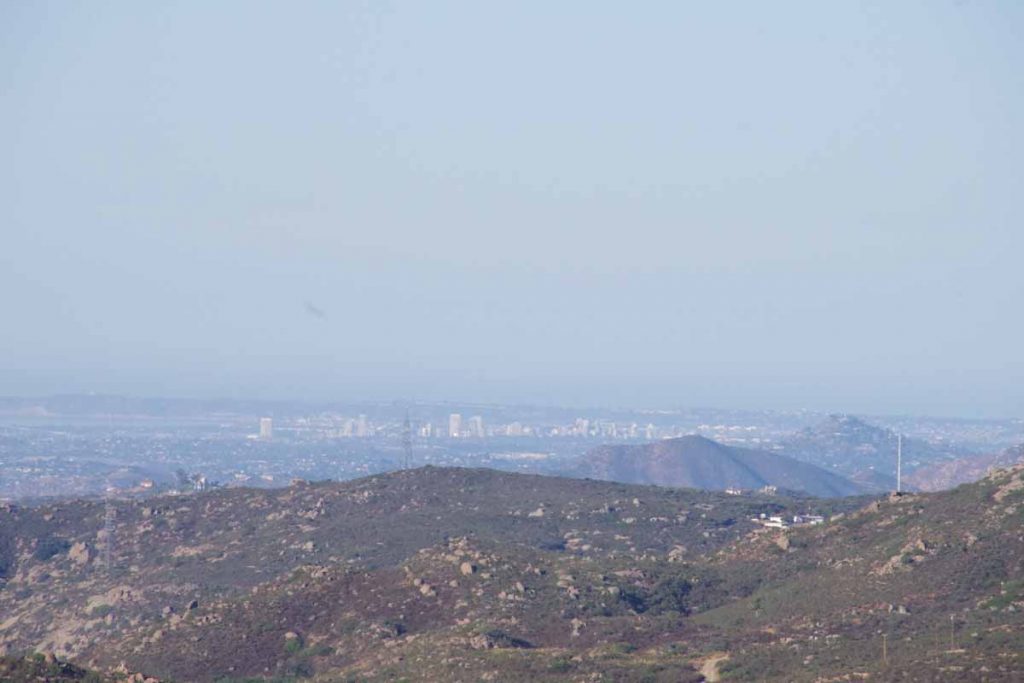 San Diego was visible in the distance (this photo was actually from the interstate).

Through Lakeside it started getting hot. 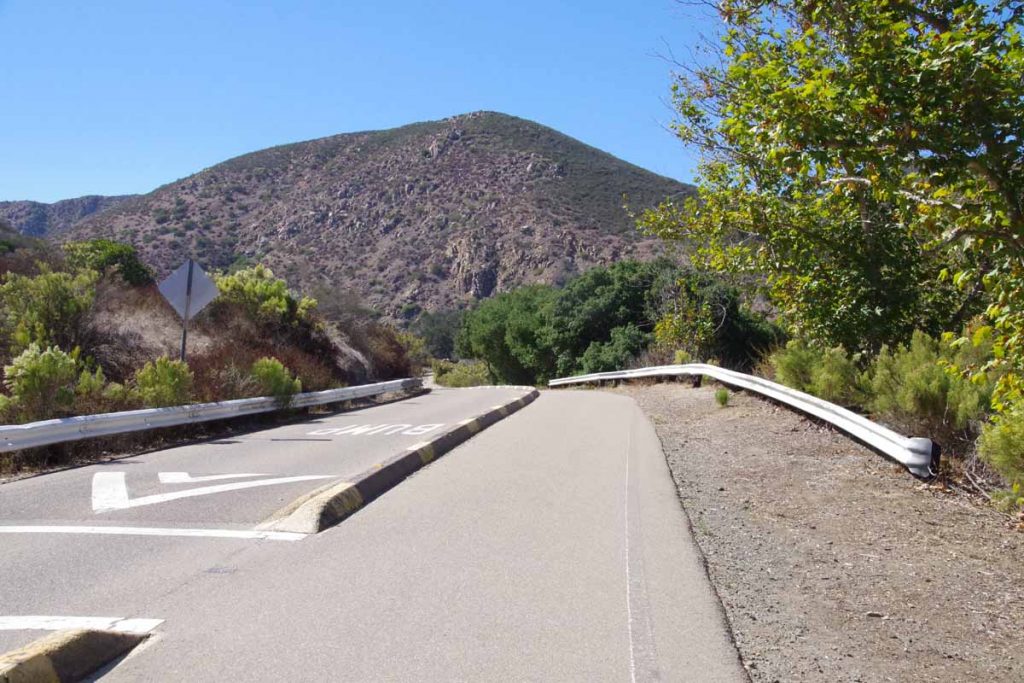 Leaving Lakeside was a few miles of Father Junipera Serra trail. After this I came to larger roads (Mission Gorge, Friar) and past shopping centers before finding my way in hotel on outskirts of San Diego.

Now looking forward to a weekend in San Diego. Also time to finish out phase 2 and start planning forward. I’ve come a long way (5000+ miles, 8000+ kilometers, 4 months) but there is still a lot more both from standpoint of challenge (Latin America vs US/Canada) and also distance (10,000+ miles to go).