Nice ride today on roads that were better than I expected. 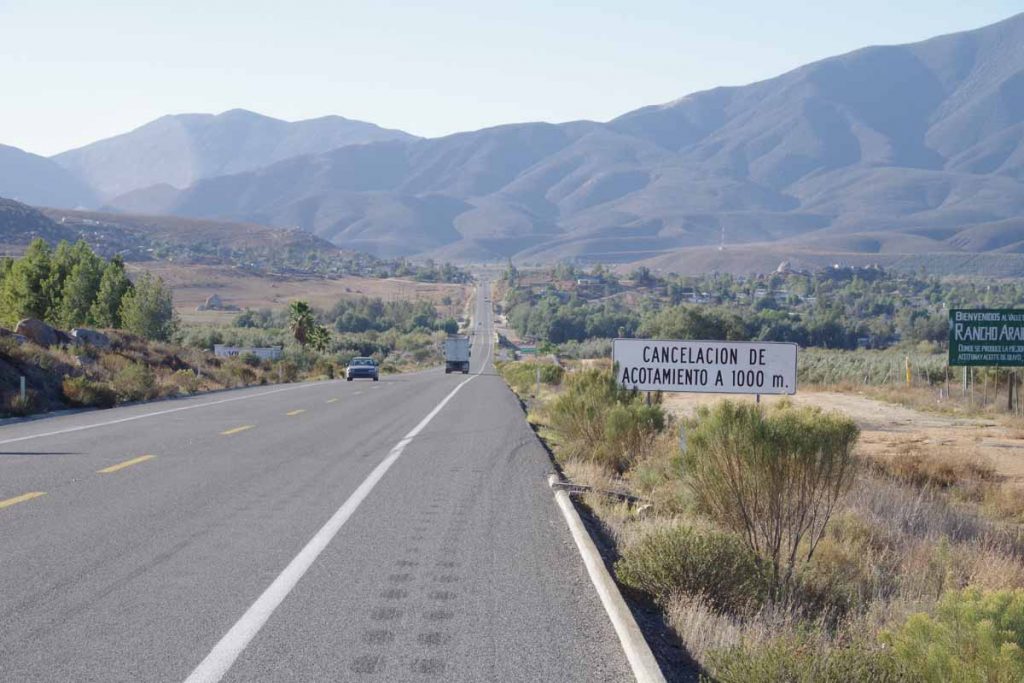 I was on the road at 7am again today. I stopped a few kilometers later at OXXO store to get a few breakfast items including “dulce pan”, sweet bread that seems to be a favorite. The first half of the ride today had most all the ~700m of climbing including the first 6km starting up the hill.

On the way down, the “cancelacion de acotamiento” sign which had me stop to look up (unsuccessfully) in my dictionary. My best guess was that it meant the shoulder went away, except that it actually didn’t. Google Translate says “cancellation of boundary”. Another small town at bottom of this hill and then a good climb up the other side. 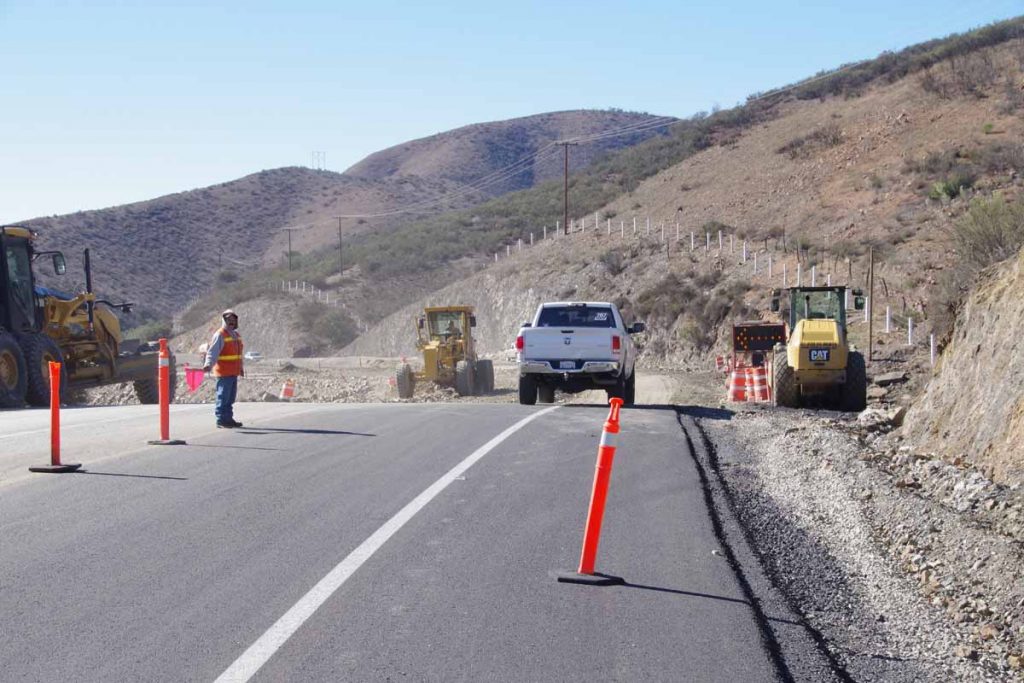 At 46km there were several kilometers of road construction and some old highway. Fortunately, downhill and still reasonable surface. 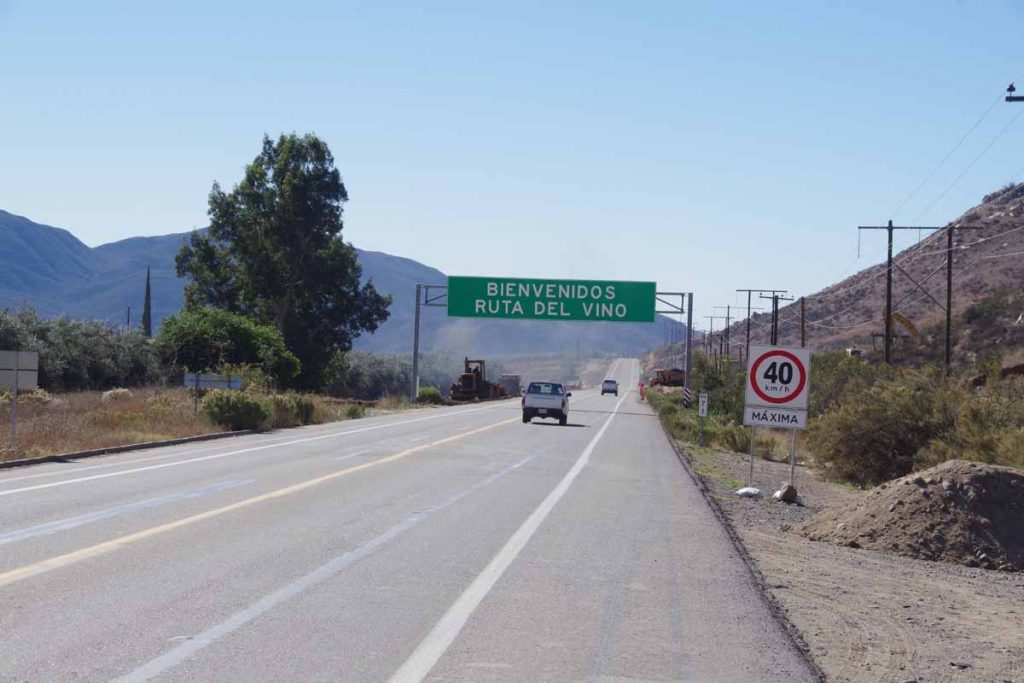 At bottom of this hill, signs for the “wine route”. Multiple wineries, some hotels (likely upscale $$) and easier cycling. 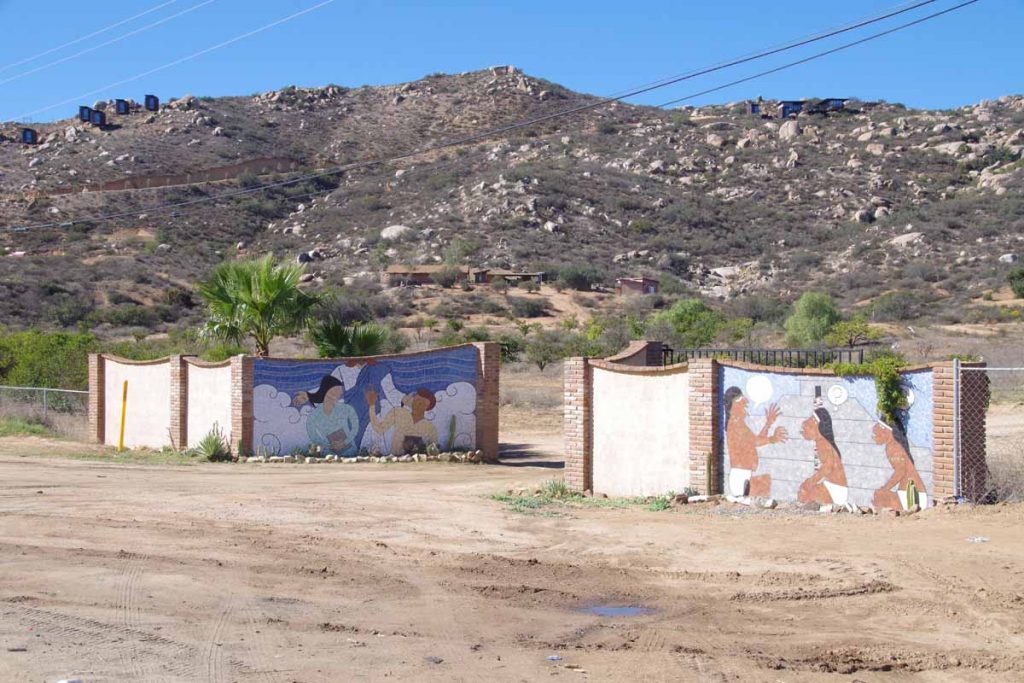 Not sure exactly what these murals were trying to depict. 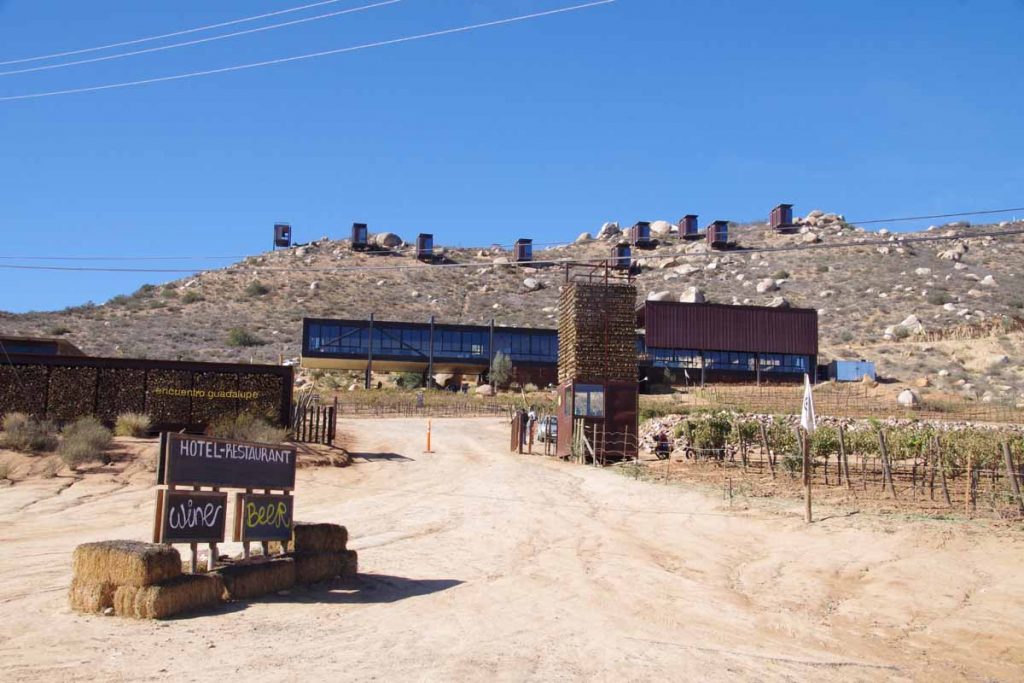 See those boxes up on the hill? I believe these are the rooms for this hotel. Gives each one a nice view as well as a private space. 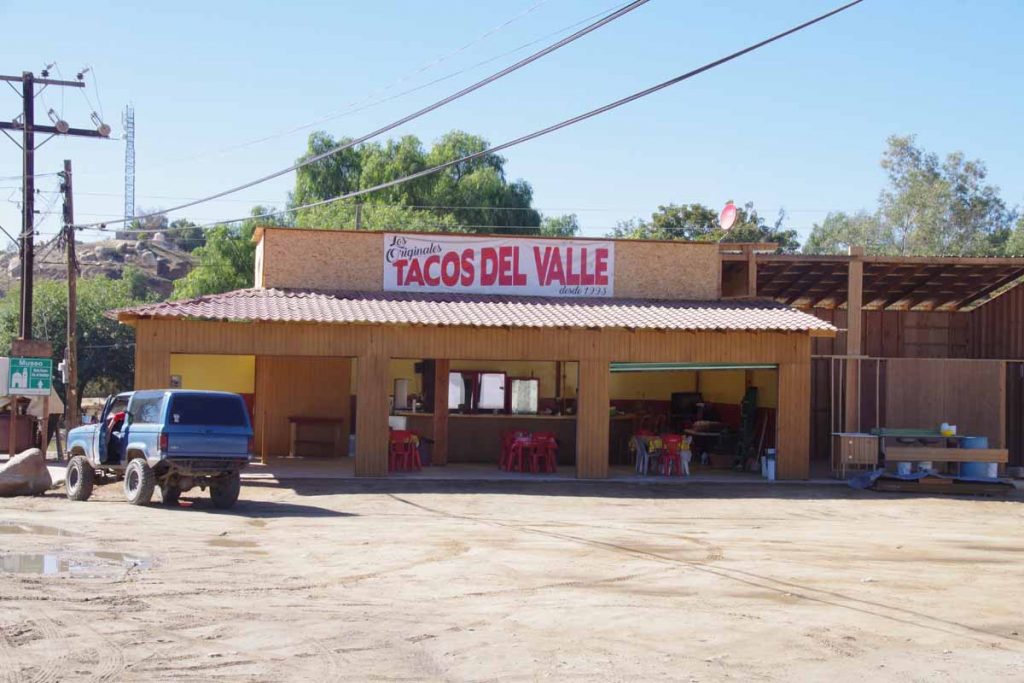 This was my lunch spot in town of Guadalupe. Easy to eat next to my bike and a friendly guy making the tacos.

After lunch the route slowly got busier and at some point turned into two lanes each way. My shoulder now went away, but traffic still light enough that it usually passed. 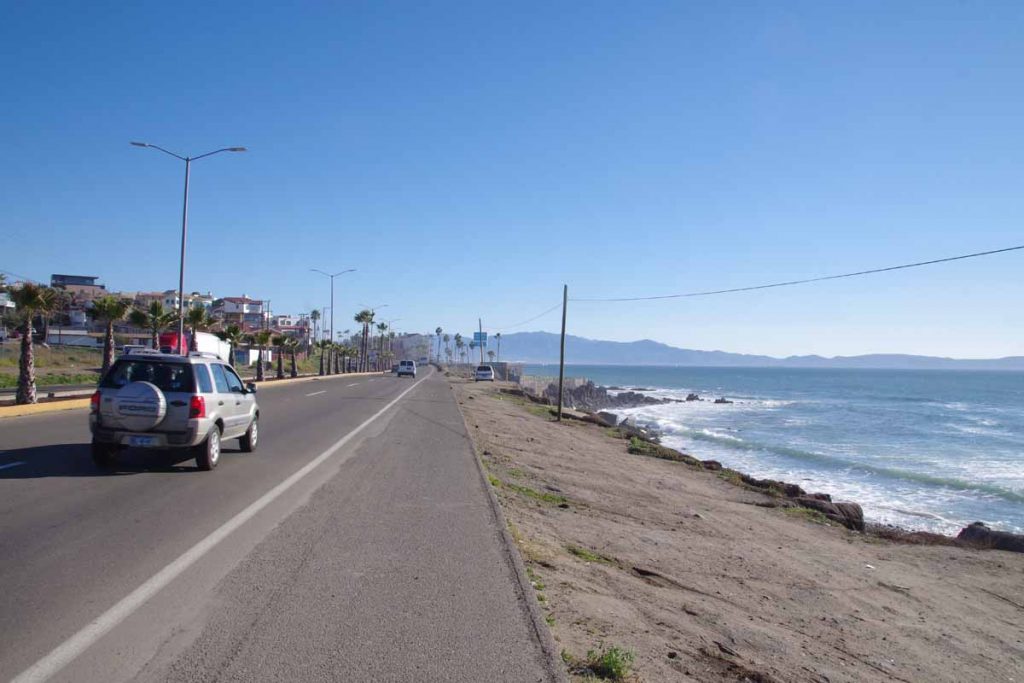 By 90km, I had reached the Pacific Ocean and route 3 had joined the main route 1 from Tijuana. It got busier, but most of the way I had a shoulder and was reasonable cycling. 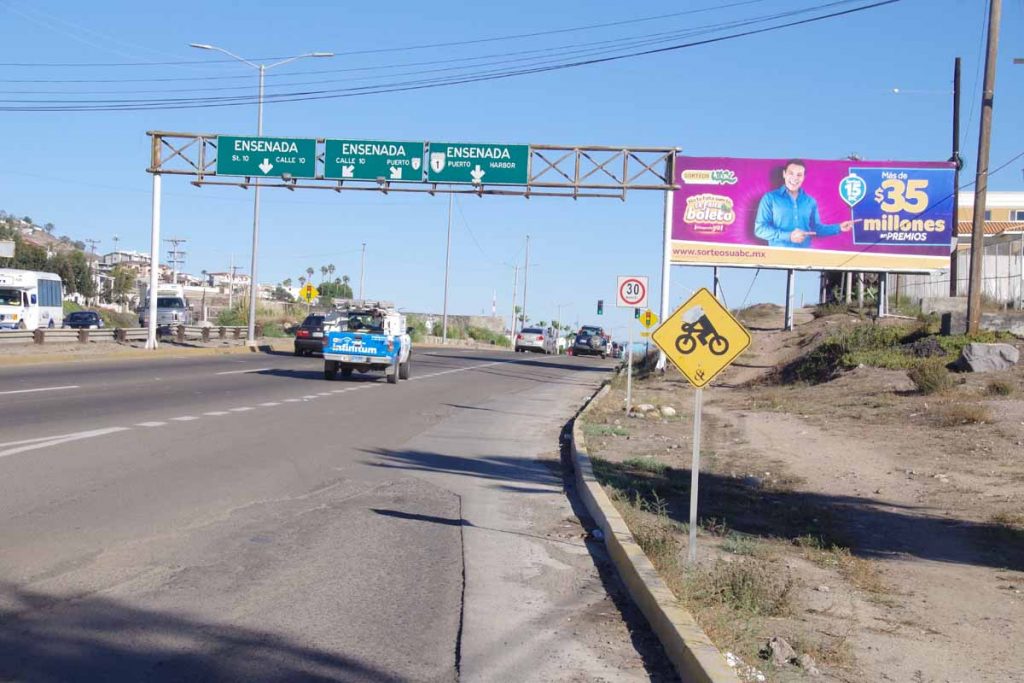 I cycled the last 10km into middle of Ensenada and found an inexpensive hotel. Now a chance to walk around. I got a SIM card, but somehow could only buy a 9-day service plan. Will need to see how to follow this up with a 30-day plan, perhaps online? Otherwise, a pretty ride from Tecate to Ensenada. This is a big city (500,000) but at least traffic I’ve seen so far doesn’t seem that big.