Two days, one of them short, brought me 125km further down the Baja Peninsula to Punta Colonet.

I had reviewed other journals to see where people had stayed and noticed that campground at Santo Tomas was well received and hotel or camping in San Vincente was not so well received so decided to make a short day to Santo Tomas. 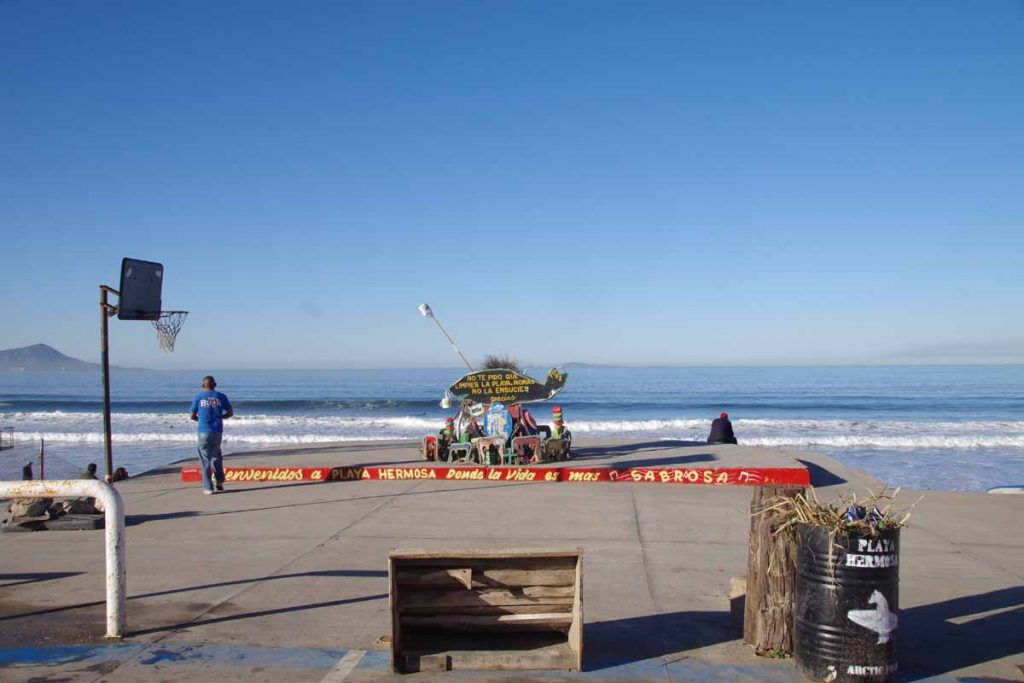 The first 3km from Ensenada were along parallel to the beach. Stopped here at OXXO for brief breakfast snack and then joined the main highway #1. 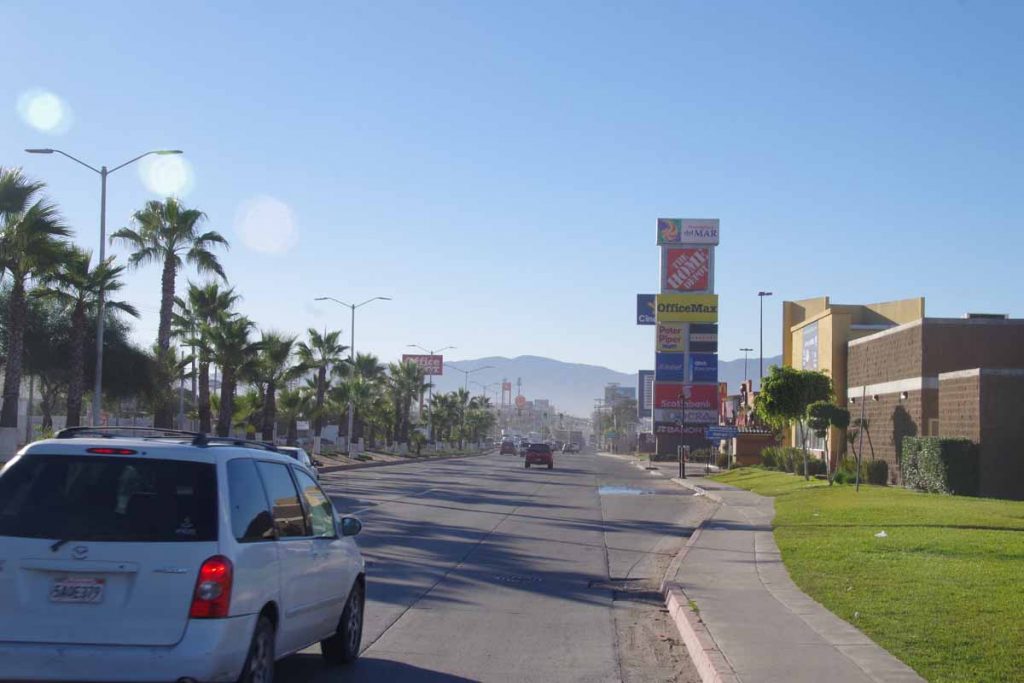 It was busy for first 16km. First a bit of urban sprawl past large box stores (Walmart, Home Depot, Office Max, etc) and then more busy highway. There were even a lot selling “Arboles de Navidad” (Christmas trees).

There wasn’t always a shoulder, but traffic gave me plenty of room. After 16km, the road turned inland and slowly followed a valley uphill. Lanes were reduced from three to two and eventually one lane with a nice shoulder. Passed some greenhouses and also some vineyards. 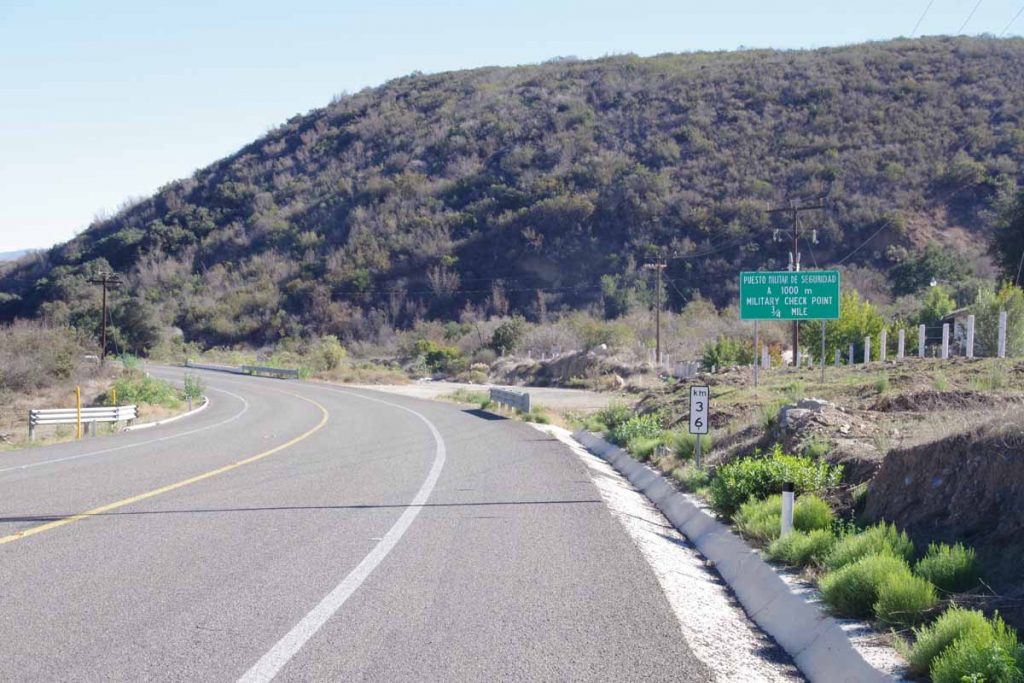 The military checkpoint was straightforward as they waved me through. Slowly climbed up a valley and stopped briefly at 35km at restaurant/market that advertised in English “breakfast”. After that one more hill to climb and then into the Santo Tomas Valley. 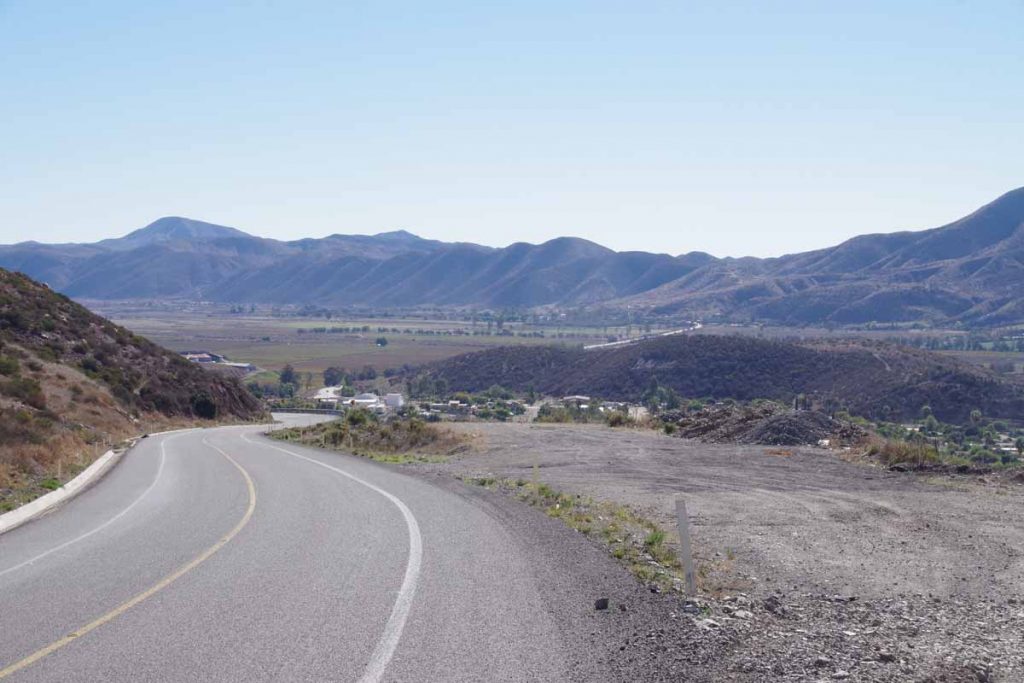 Nice vineyard here as well as the El Palomar campground and motel. Made my way to mini-market to get some tortillas and jam for lunch and then had a relaxing afternoon. There was quite a bit of construction noise outside and in evening the roosters didn’t seem to wait until morning. However, overall would agree with recommendations that this was a nice place. 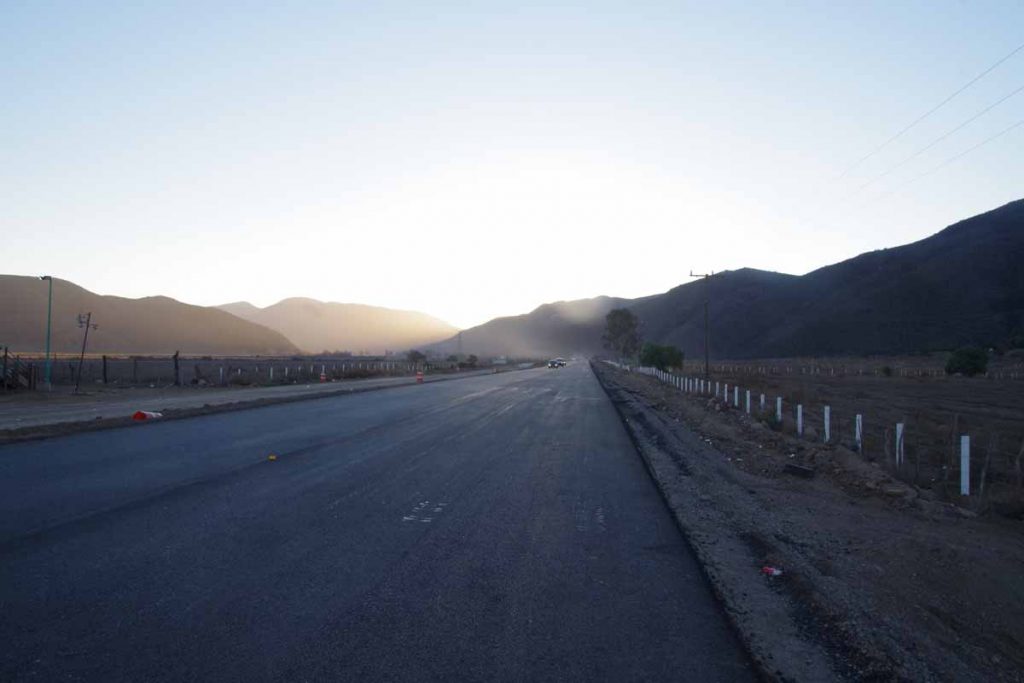 Next morning I was on the road early. Reports had suggested the next 30km of road could be narrow. However, it ended up better than expected. After the initial construction, there was 4km of brand new smooth road. After that it was narrow with barely enough room for two trucks to pass – and none for a bicycle in between. However, I watched in my mirror and got off the road when I saw those situations develop. It was a slow climb of 300m until I reached the 11km mark. After that, there were sections of brand new road and a few older narrower sections but the worst was over. 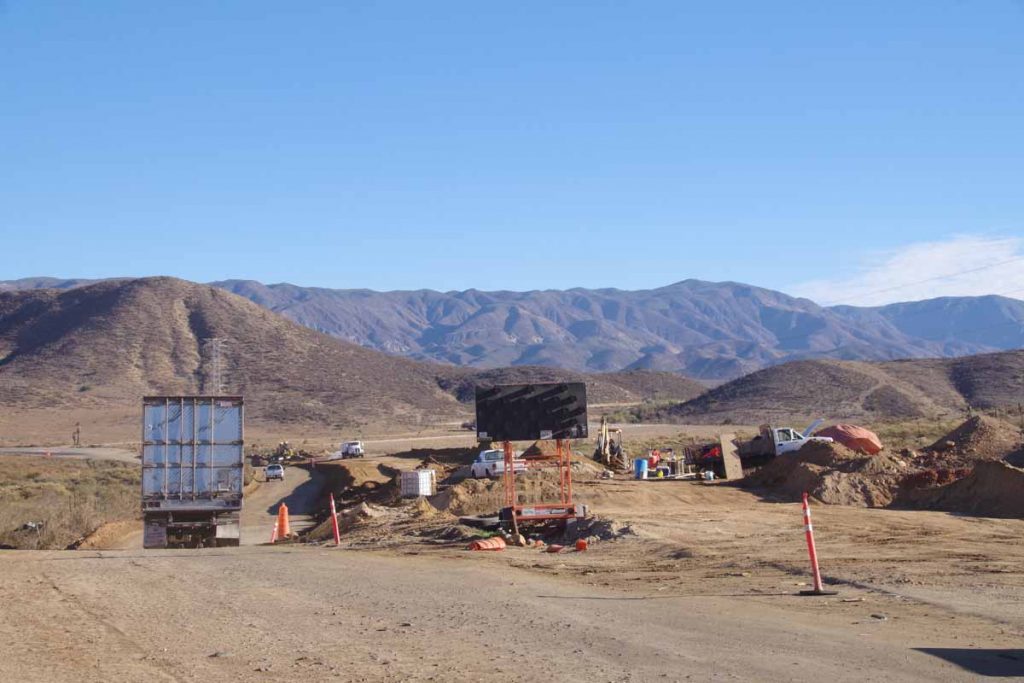 Here is a section of construction I passed. 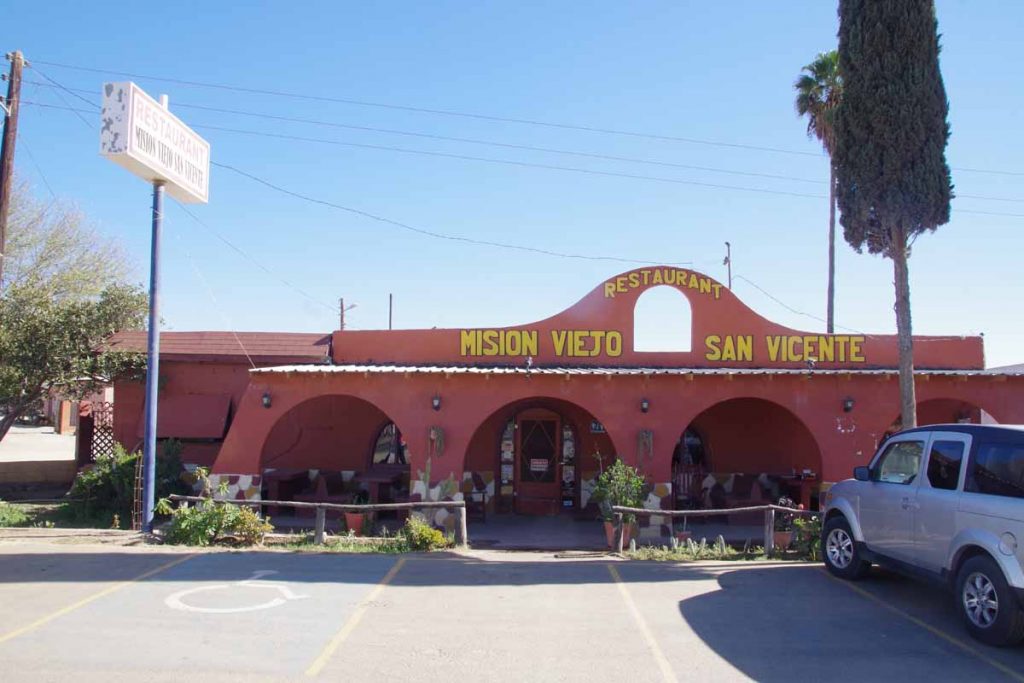 At 39km I was in San Vincente and had a nice late breakfast at this restaurant. Tortillas seem to come with everything including breakfast omelets. 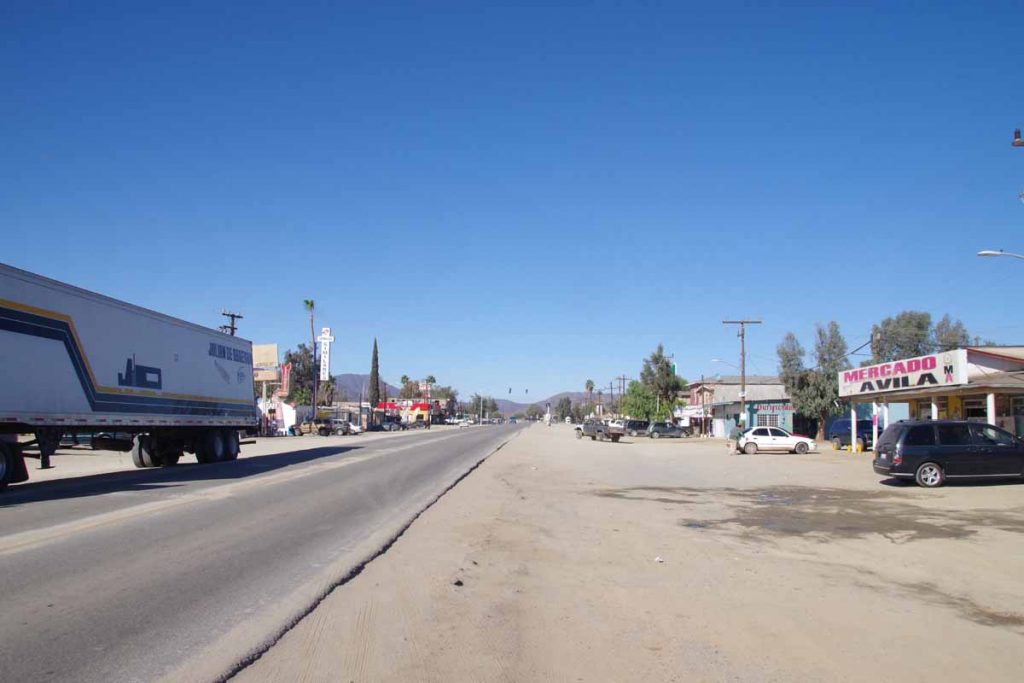 Lots of people and some stores along the road, but you can see how even through town the paved section is narrow. 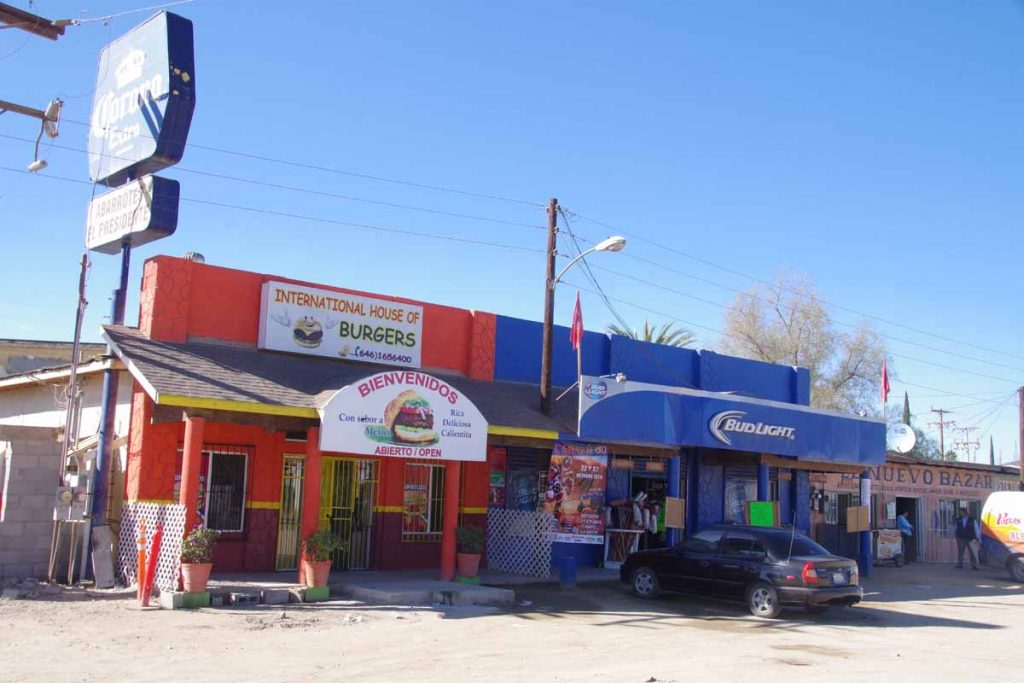 There was an international hamburger place (though I’d just eaten breakfast, so no point in stopping). 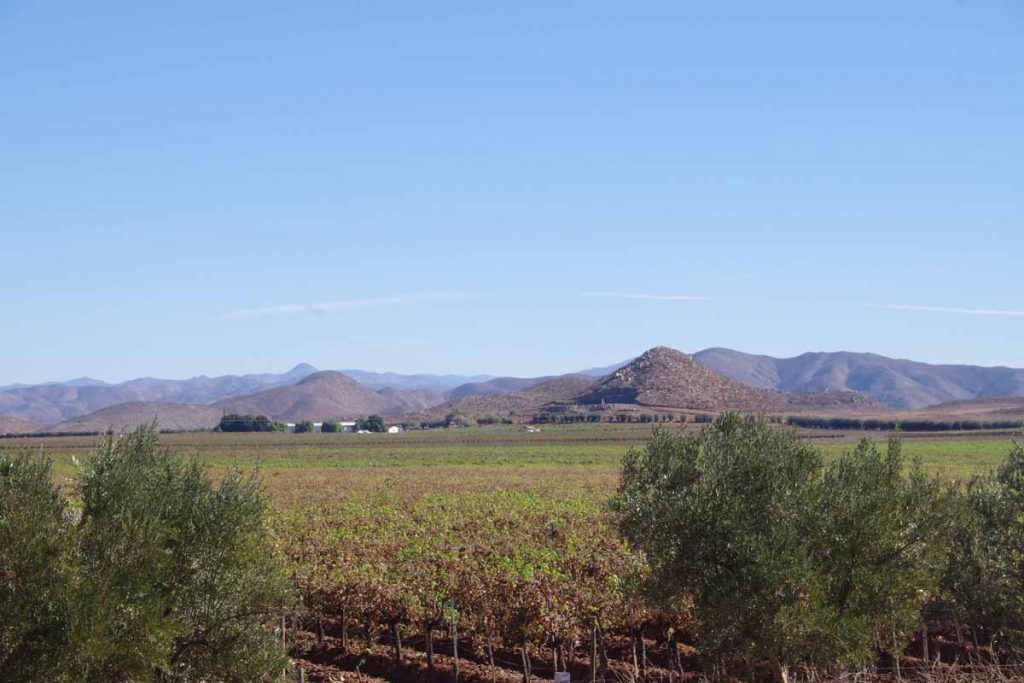 As well as areas of low scrub without crops growing on them. These seemed to separate one valley from the next. 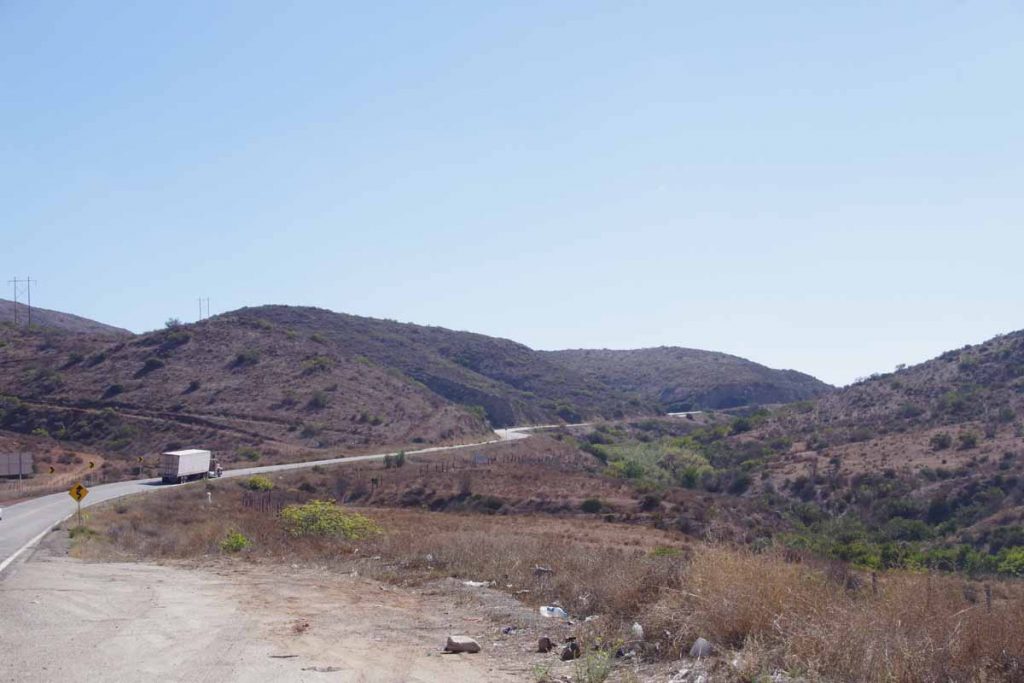 Overall 800m of climbing on the second day, so a few different valleys. At 75km I came to first parts of Colonet. I had read of a hotel with good reviews. I didn’t find it initially so circled back when I reached edge of town. It turns out it was further up the hill and off by itself. 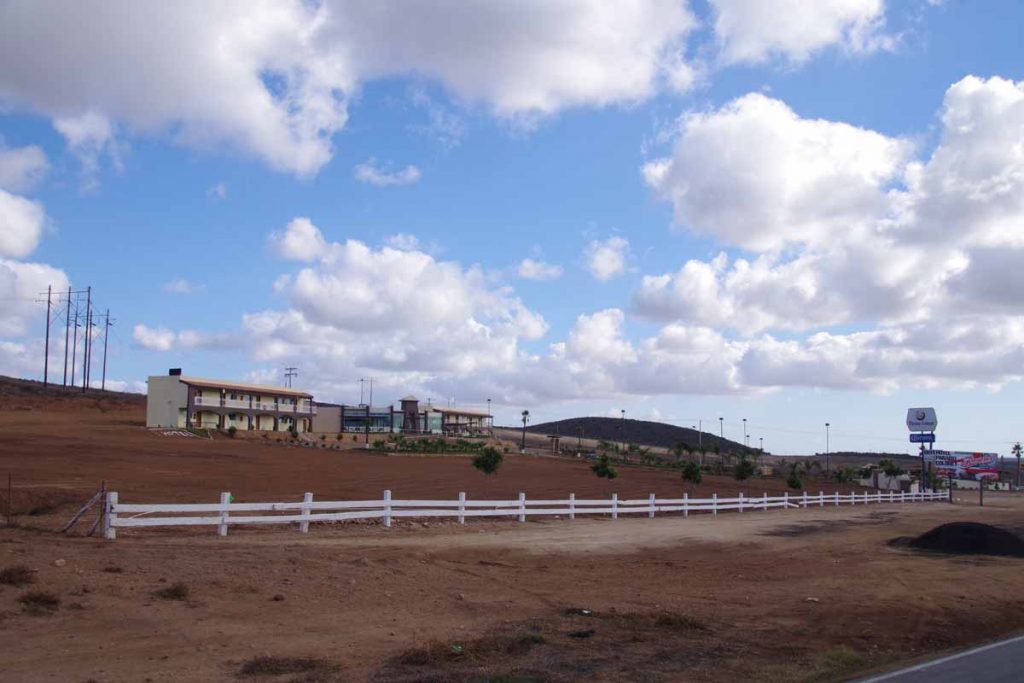 Overall, two nice days of cycling as I make my way to El Rosario. At that point, the road turns inland through a larger stretch of desert.