Today was a change from last few days. Rather than going inland from valley to valley, it was much more of a straight road. It was flatter terrain with just a few drainages to cross. Overall perhaps 5-15km from the ocean which I could occasionally see in the distance. Even here there were signs for fish or occasionally to an ocean RV park. Also have seen a few more hotels in these settlements. 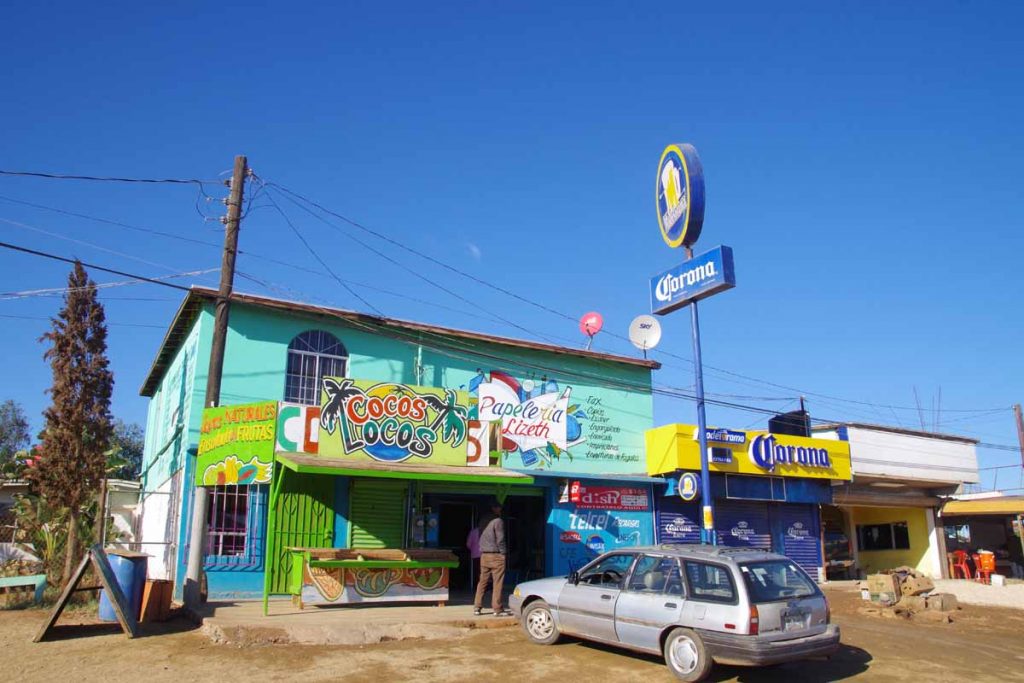 There were also several small settlements along the road and more of an agricultural area. 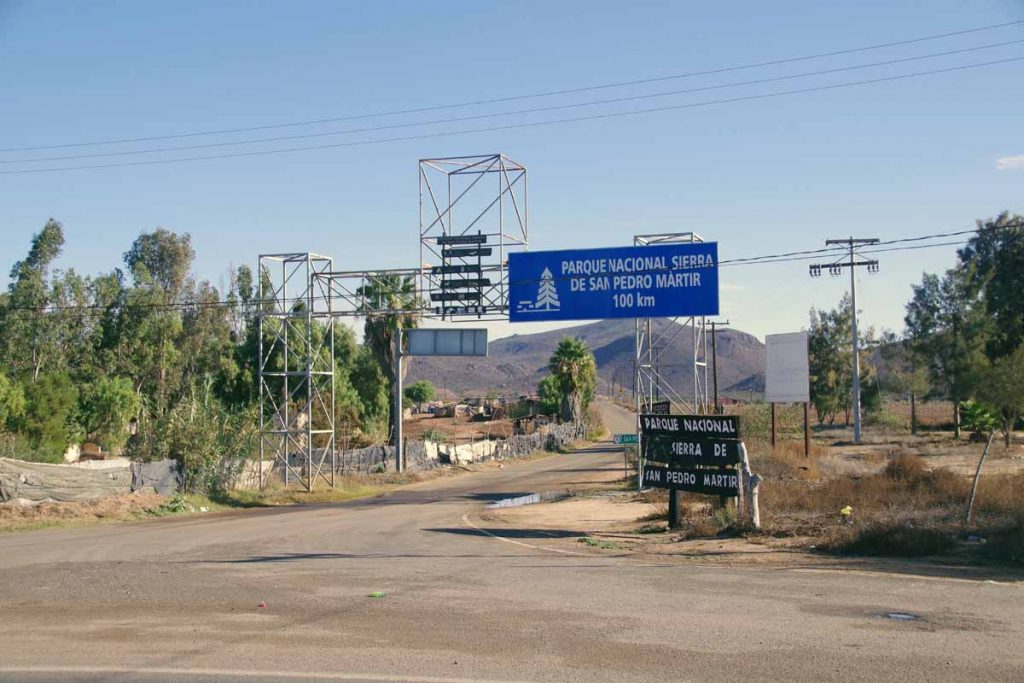 I passed a turnoff to a national park. I get the sense that one will have different perspective staying with the trans-peninsular highway e.g. route 1 vs. going inland to some of these more remote areas. 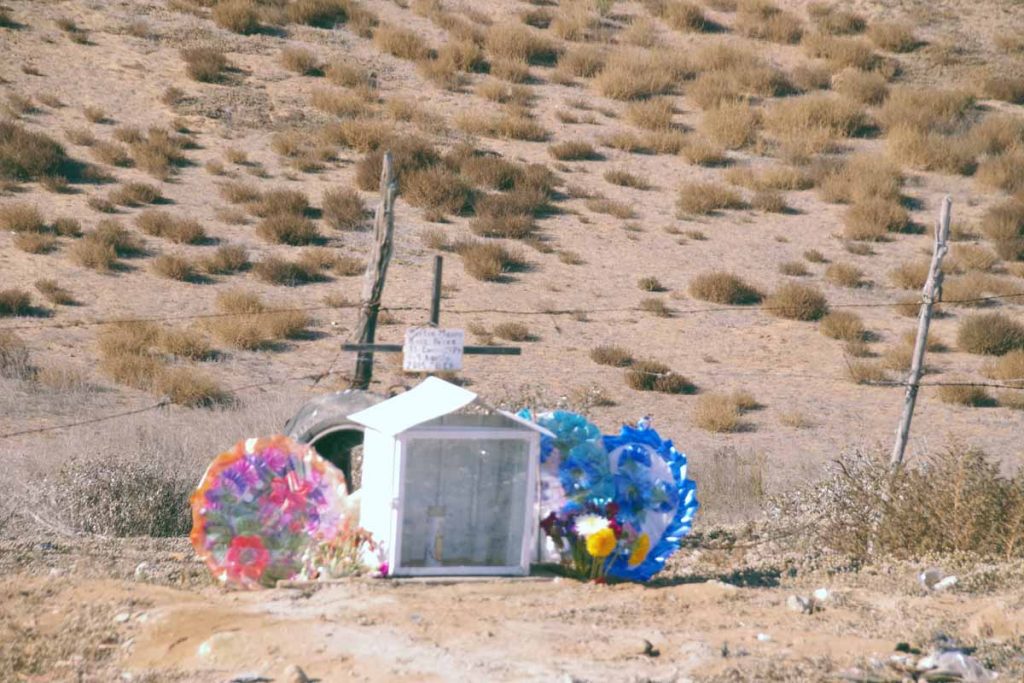 There continue to be occasional little shrines along the road. More elaborate than simple crosses or markers I see in US or Canada. 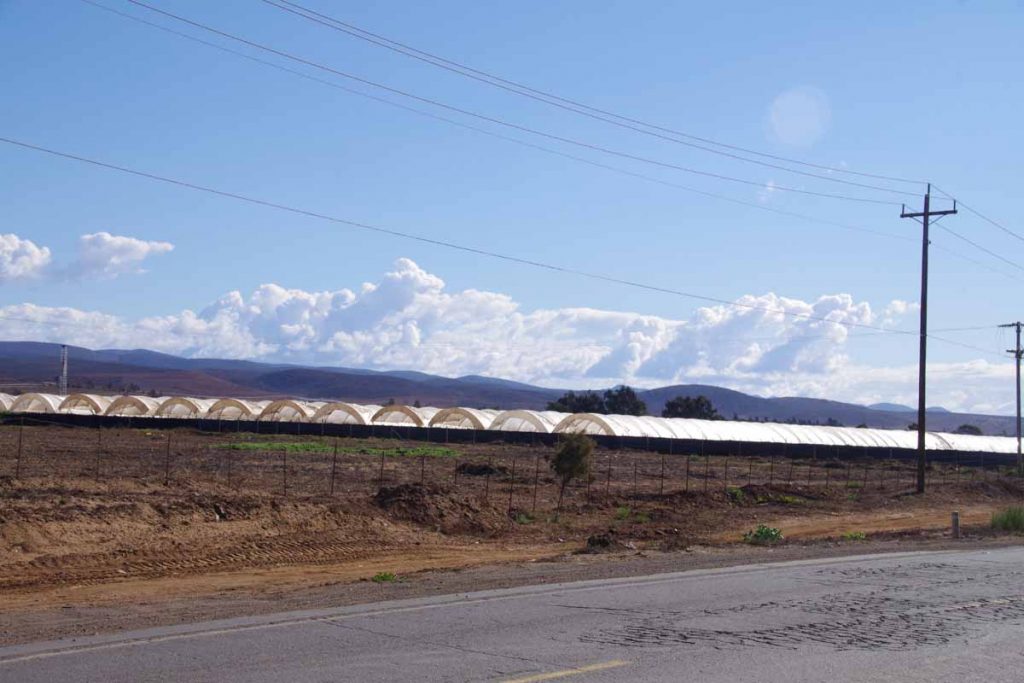 Here is an example of agriculture. Several of these crops seemed to have temporary covers placed over them. I saw some fields where the covers were half there so either busy putting them up or bringing them down. Some of these fields had many cars presumably for field workers. Not quite sure what crop this is.

Also along this part of the route, I’ve seen multiple “solicita” type signs for help wanted at various places. 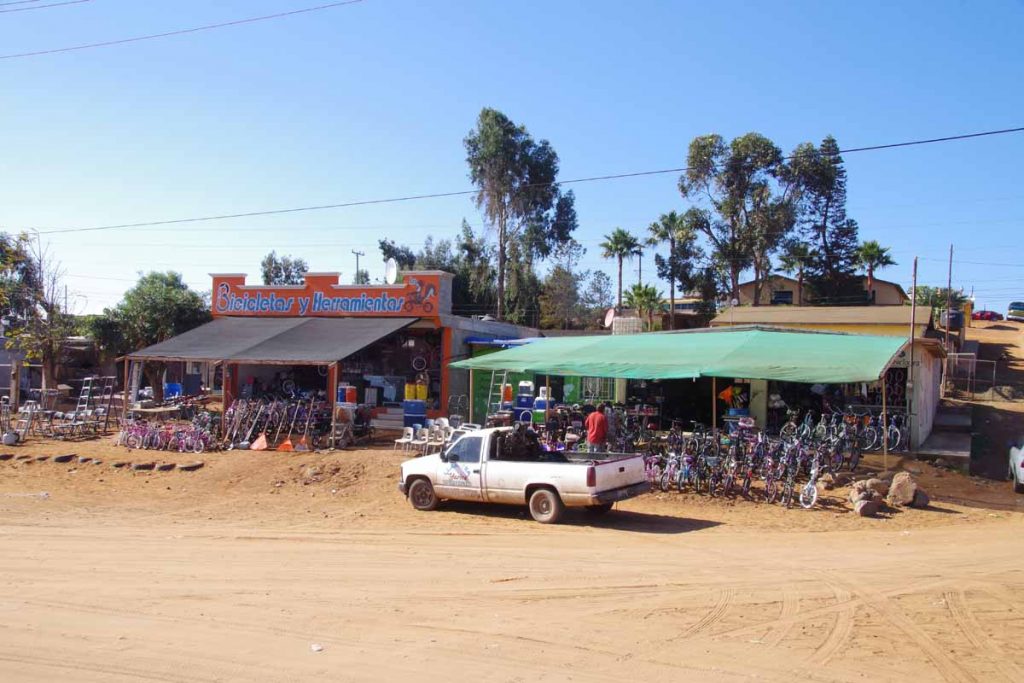 This was bike shop with lots of bikes.

Overall a fairly easy ride today. Distance wasn’t far (61km) and road was flatter. Still a narrow road of varying condition but traffic seems to give plenty of room or slow to wait to pass – so can’t complain there. Overall, I expect another similar day riding to El Rosario with agriculture/towns/beaches/tourist places/traffic before then cutting inland across a longer stretch of desert. Fewer cars there and also a lot fewer settlements or places to get things.

It rained overnight, but as you can see from the photos, I’ve been fortunate with many sunny days and nothing too bad as far as wind goes.