Two days cycling brought me to Loreto. This town has more of a touristy and “gringo” feel to it than Mulege. For example, more English signs, menus and other things. However, still enough Spanish to keep me on my toes.

The first day was a short ride of only 42km ending up on the Bahai Conception. The bay is off the power grid and without cell service and is a bit of an out of the way oasis. I took my time leaving Mulege since I knew I wasn’t riding far. There are many palm trees growing wild here. 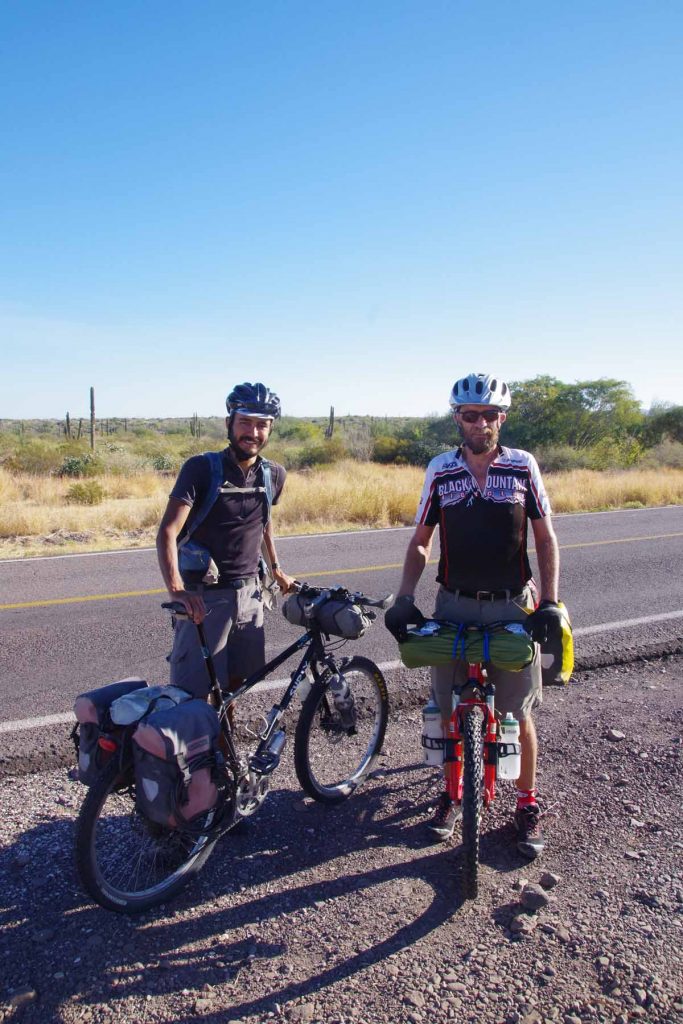 After a short while, I met some of the first northbound cyclists I’ve stopped and talked with. I gave them my “Baja Norte” map since I wouldn’t need it anymore. 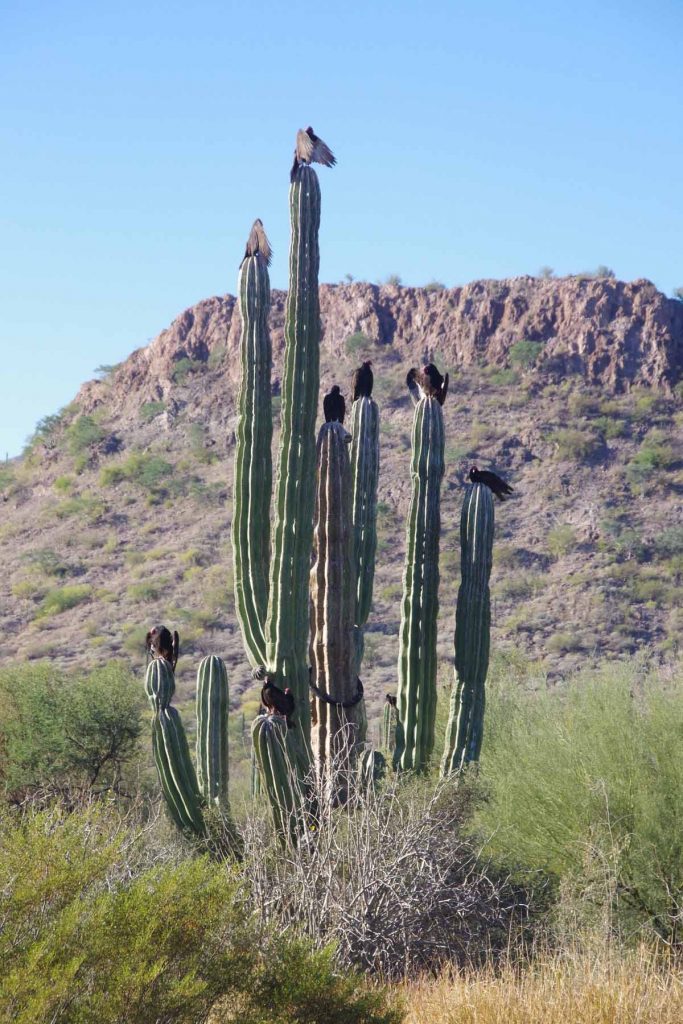 The road ducked away from the coast where I got a photo of these vultures each perched on a different cactus top. 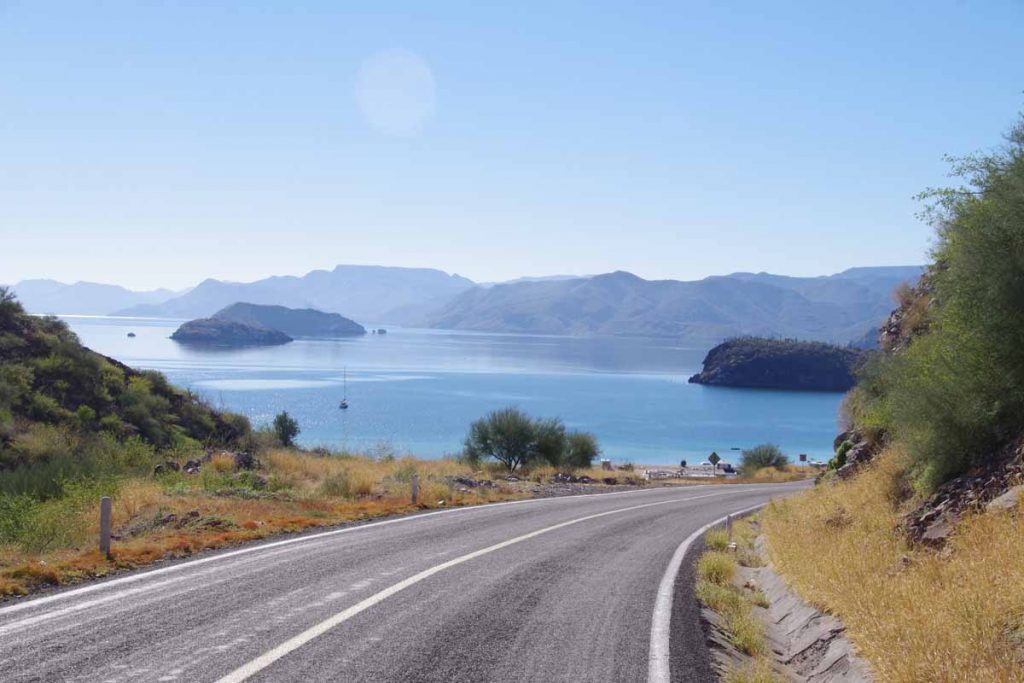 At 17km, the road descended for my first view of Bahai Conception. 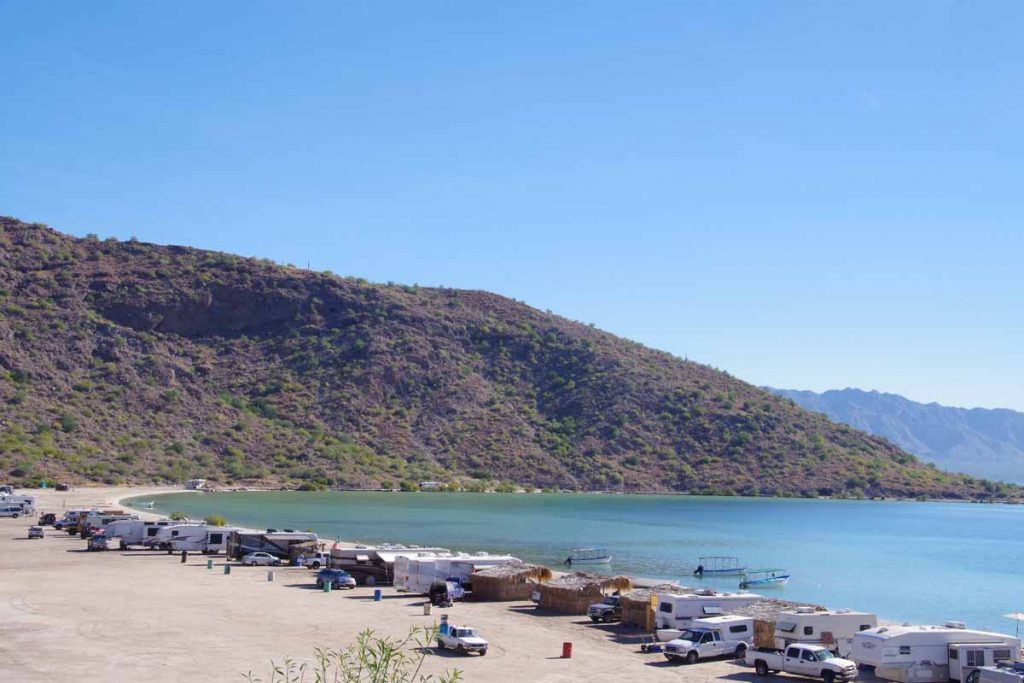 There are perhaps a dozen total of these little beaches. Many like this one seem to have a lot of RVs parked semi-permanently as well as some basic huts built as well. 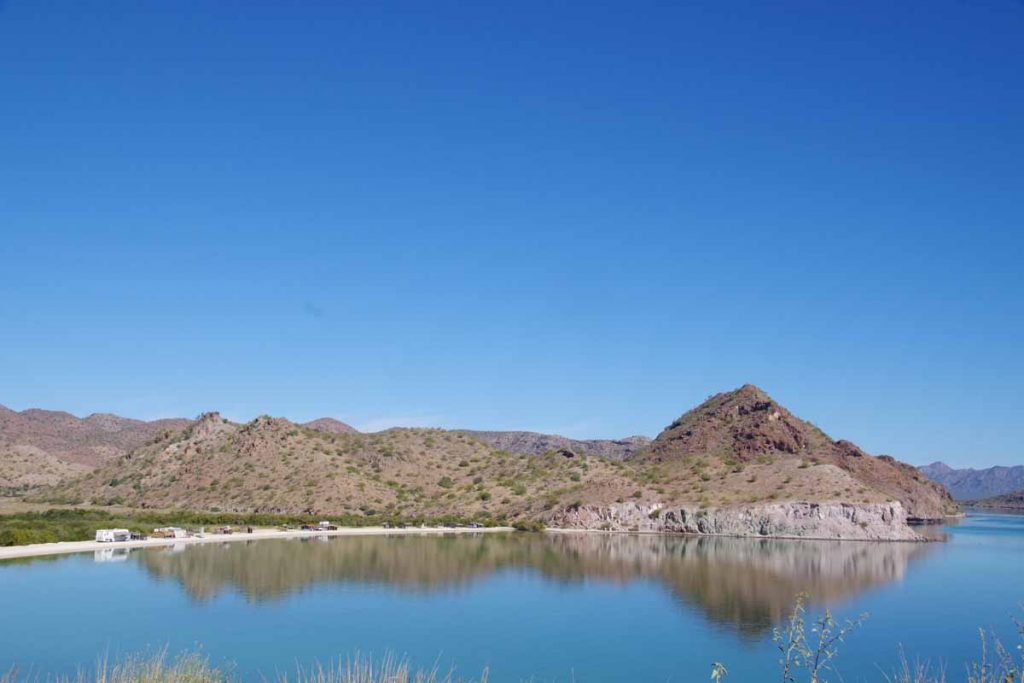 Another photo looking back at one of the beaches. I found one that had small cafe and stopped for a short break. It was over 30C and a hot sunny day. 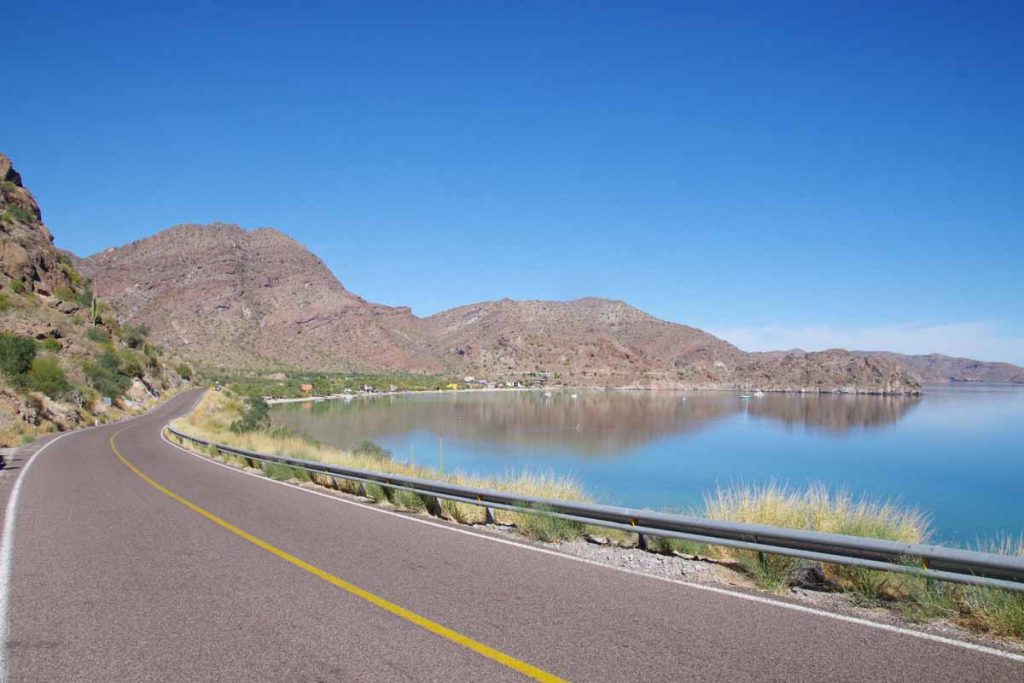 Another photo looking back the way I had come. 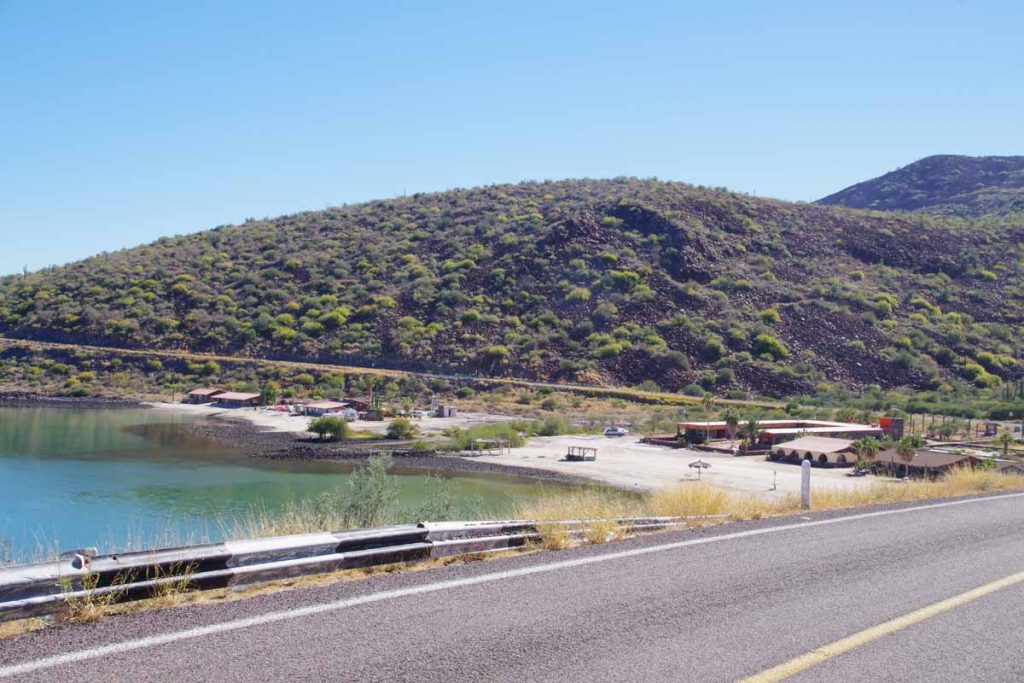 At 42km, I came around the bend and saw Playa Buenaventura. This is the last restaurant along the bay and last place to camp with restrooms. It is a fun place (Facebook Page) owned by American’s with Mexican descent. Owners lived in Wisconsin so the bar has some Green Bay packers paraphernalia. 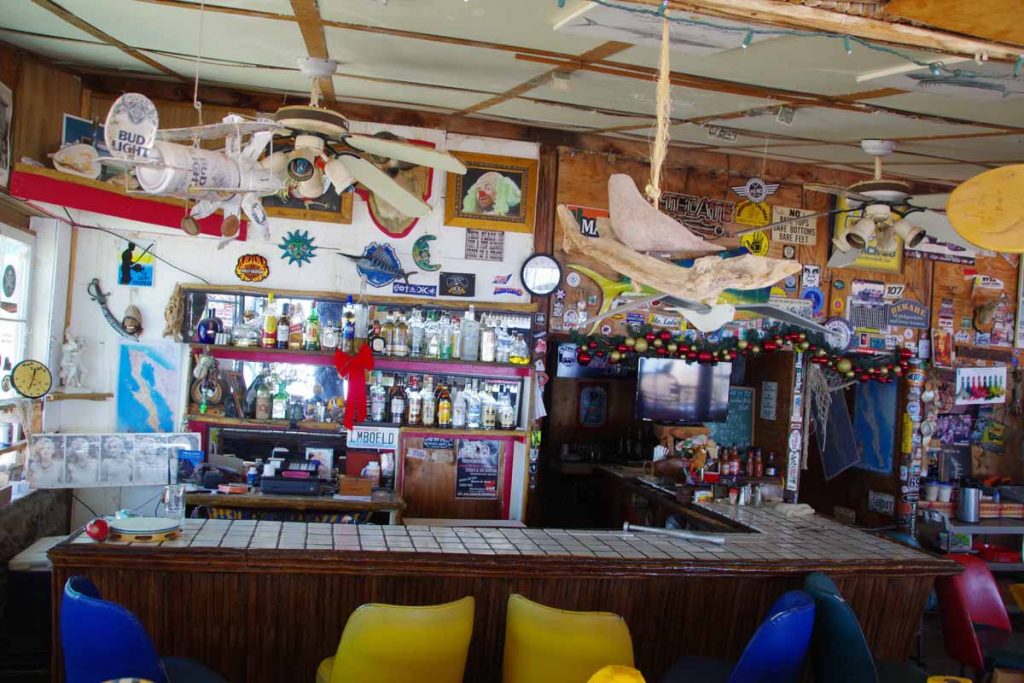 Relaxed in the cool shade of the bar. Three other cyclists also came by: two were the American couple I had met some days before. The other was a “bikepacker” who was riding some of the off-road (rugged) sections of road in Baja. 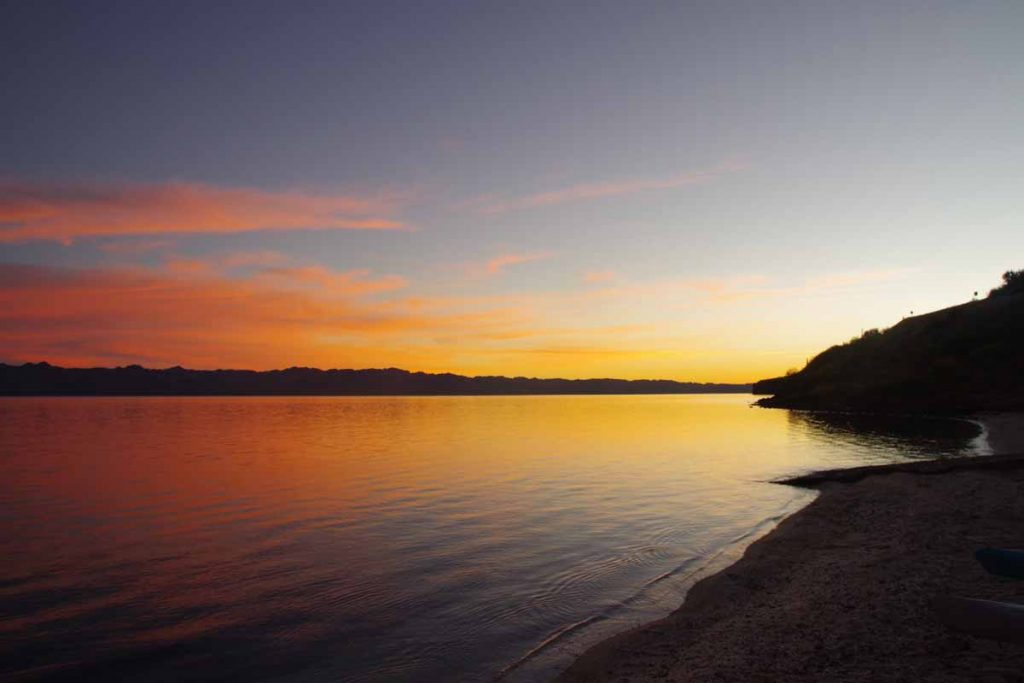 Camped out on the beach under an almost full moon. Next morning was treated to a nice sunrise. Nathan fixed a hearty breakfast sandwich and I was on the road early since I planned a longer day. 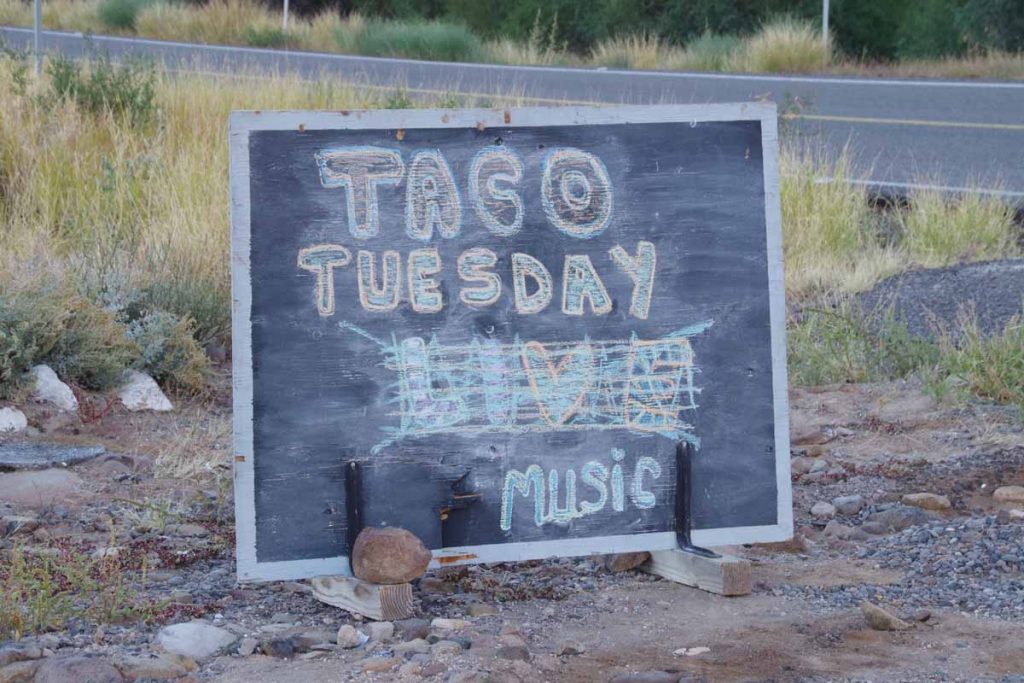 Otherwise, today would have been “Taco Tuesday”. Nathan said perhaps ~75-100 people came each Tuesday between ~10am to ~3pm for his taco specialties. Some come from Mulege and many come from surrounding beaches. Sounds like an interesting event. 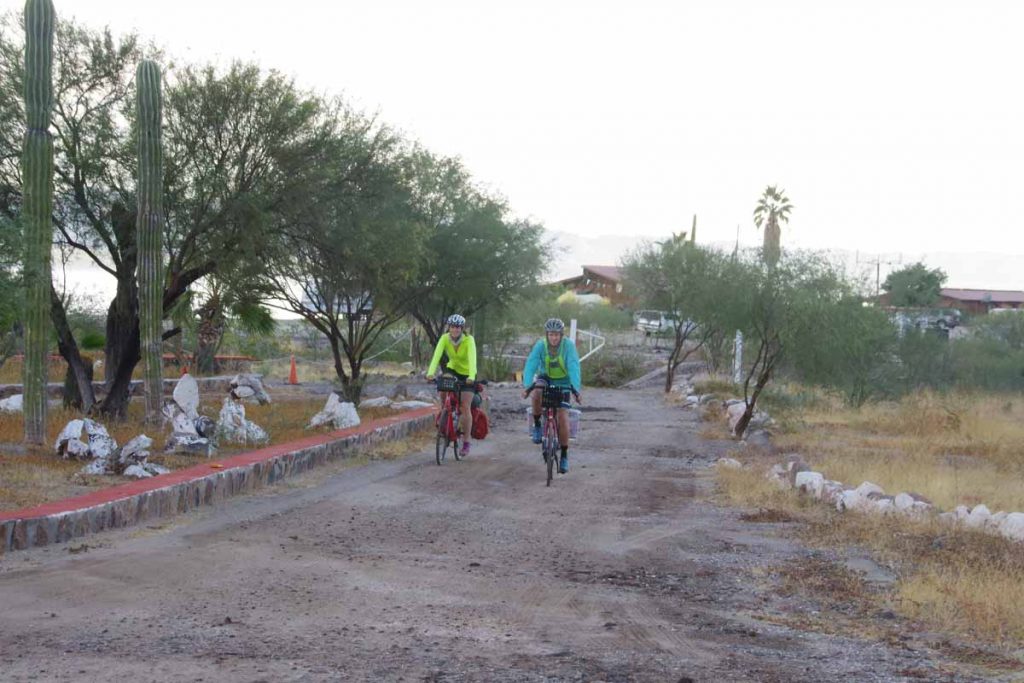 The American couple also were on the road close to the same time. 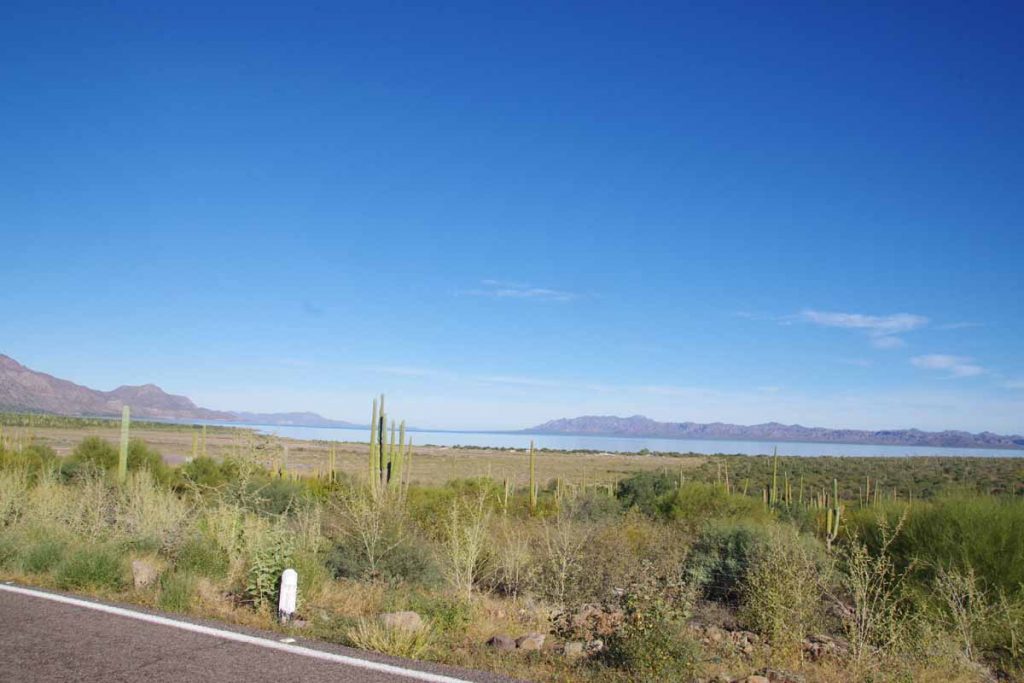 The first 18km continued along the Bahai Conception to southernmost part of the bay. After this point, there was a solid climb over the next 6km to get up and out of the drainage. Glad it was still somewhat cool for the climb. 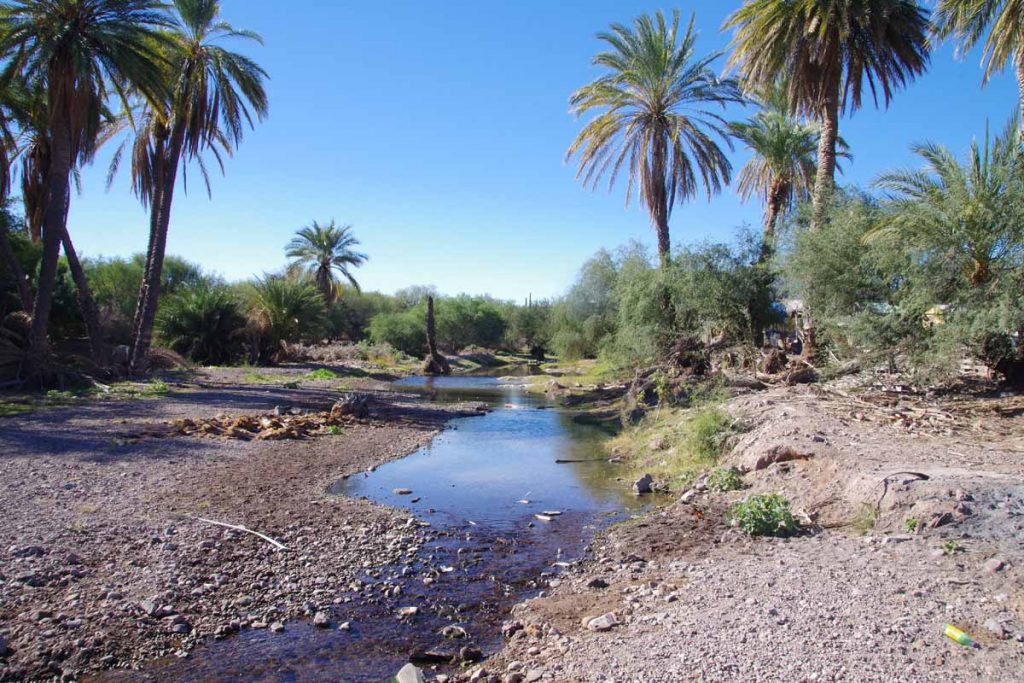 At 32km was the first and mostly only place to stop for the day, a small roadside cafe. Took a photo of this stream here since this is the first running water I have seen in Baja. These washes are mostly all dry. 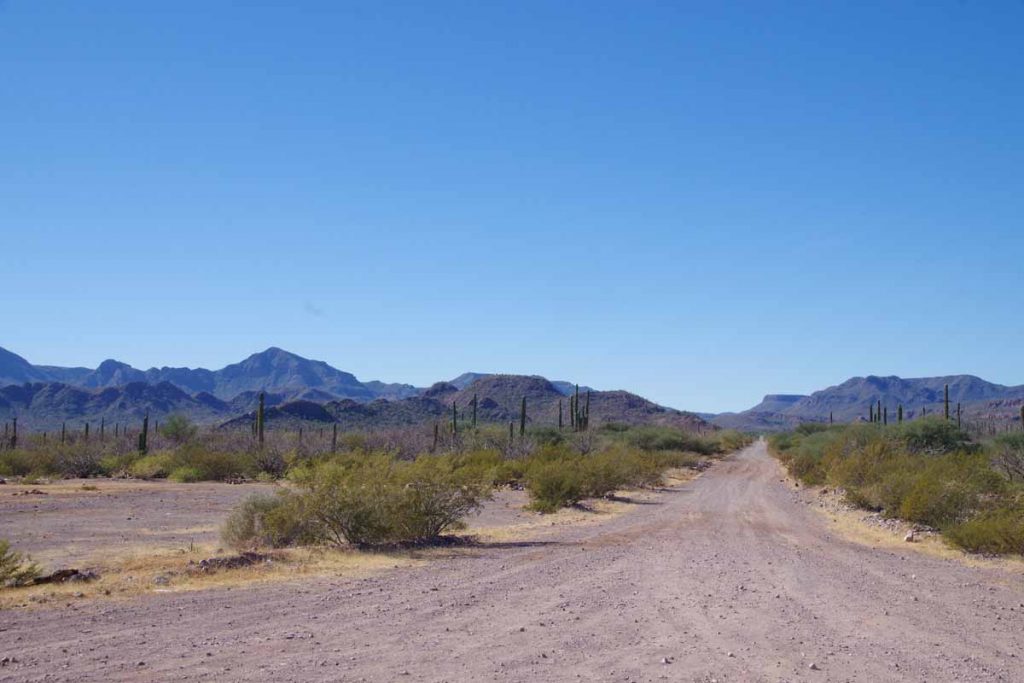 A few kilometers later was one of the turnoffs to these gravel roads. An interesting alternative for mountain biking, though one needs to be prepared for lots of soft sand and also make sure to bring enough water. 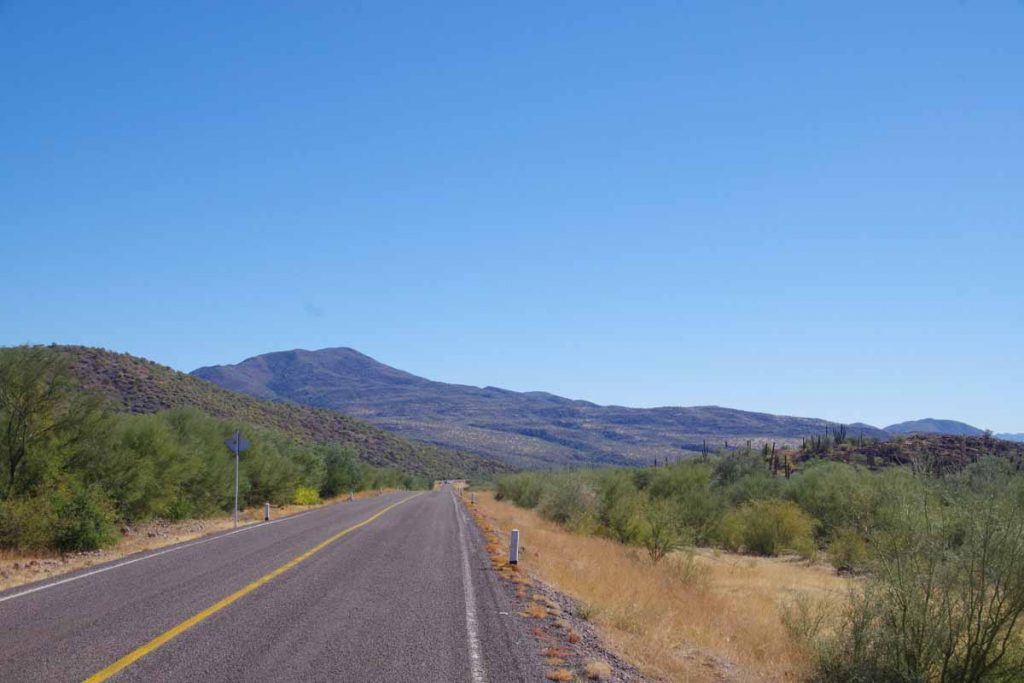 The road I followed looked more like this. Still somewhat desolate country but a lot easier road to cycle and more traffic along the way. Had a general gradual descent and tailwind that pushed me along until km 67. After that the next 13km were a fairly consistent climb. Only noticed in retrospect from the profile why that part of the ride seemed to drag on, it was a good climb. 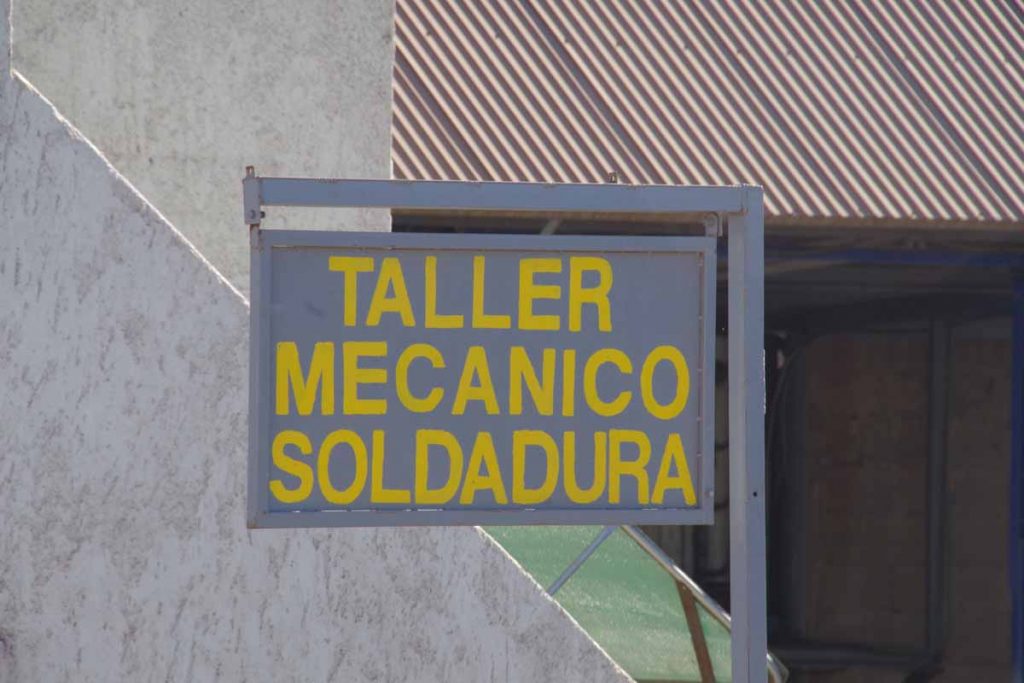 At top of the hill, cycled the last 14km into larger town of Loreto. Had to work through best way to get into town and then find a place to stay. I’ve been seeing a number of the “taller mechanico” type signs, and took me a bit to look the “taller” word up. Apparently, mechanical workshop or garage. This one also does welding. Nice to be in a somewhat larger town. Now sort out the next section of the ride.