Today an easy recovery ride ended in a busy city. 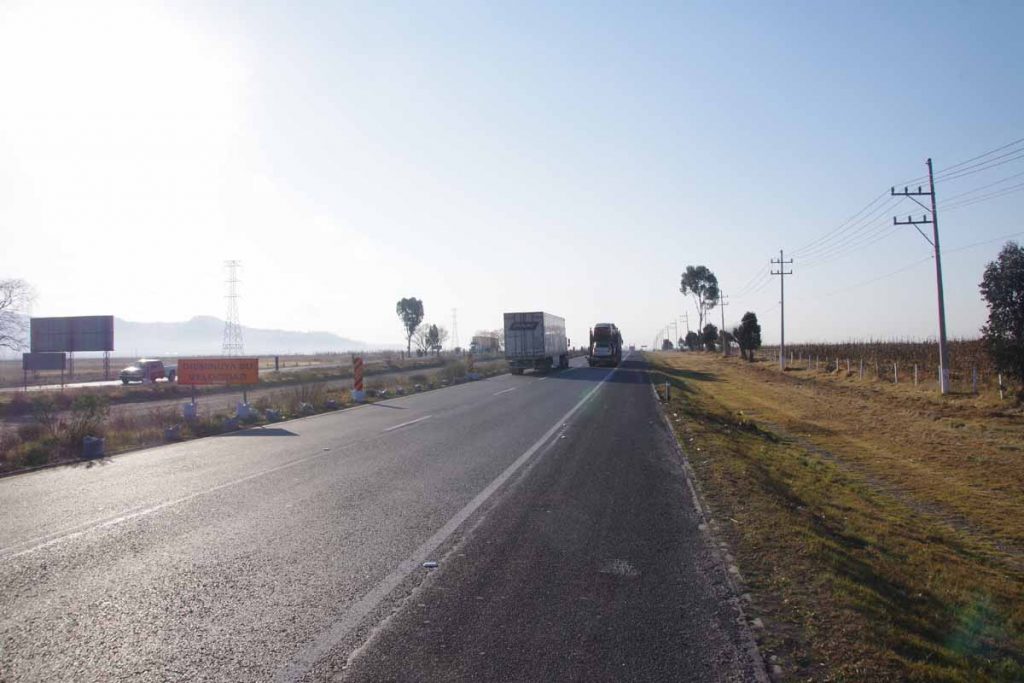 Once again cold starting out, locals here are wearing hats and scarfs. Today was also considerably flatter with only 350m of climb total. After 3km, I saw a Subway and stopped for breakfast. After this the road became a cuota shown above mostly with reasonable shoulder. It was nice riding flatter terrain for a change. 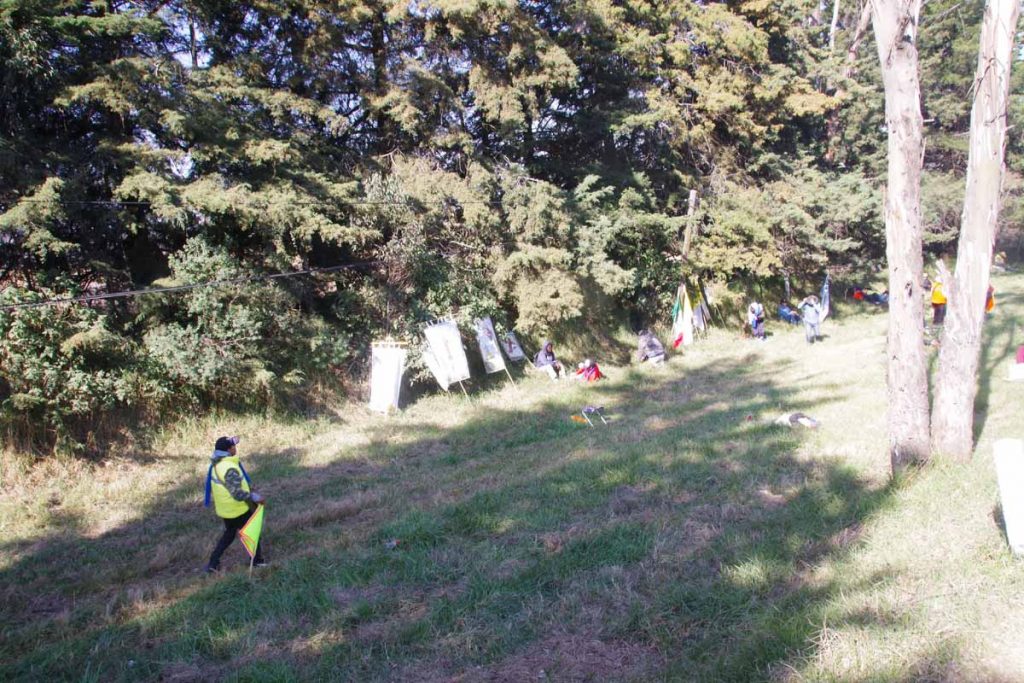 Around 25km, I was coming through a wooded area and saw a large group in brief pause from walking along the highway. Apparently on a pilgrimage walk to some place beyond Guadalajara. 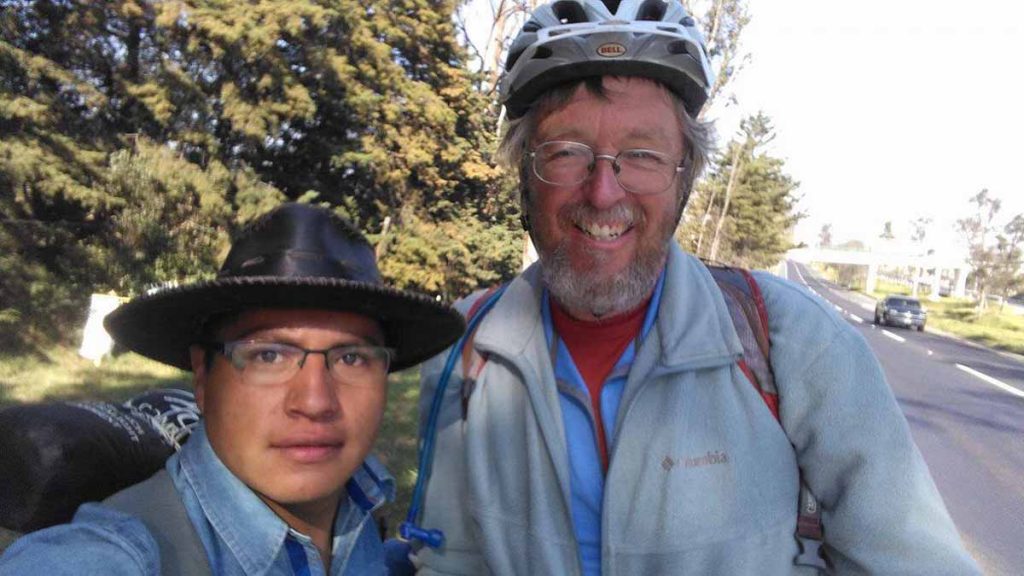 Amadeo Hernandez came over and we briefly discussed our respective trips. He was also a cyclist. It was fun making that connection. Selfie photo from Amadeo, thanks! 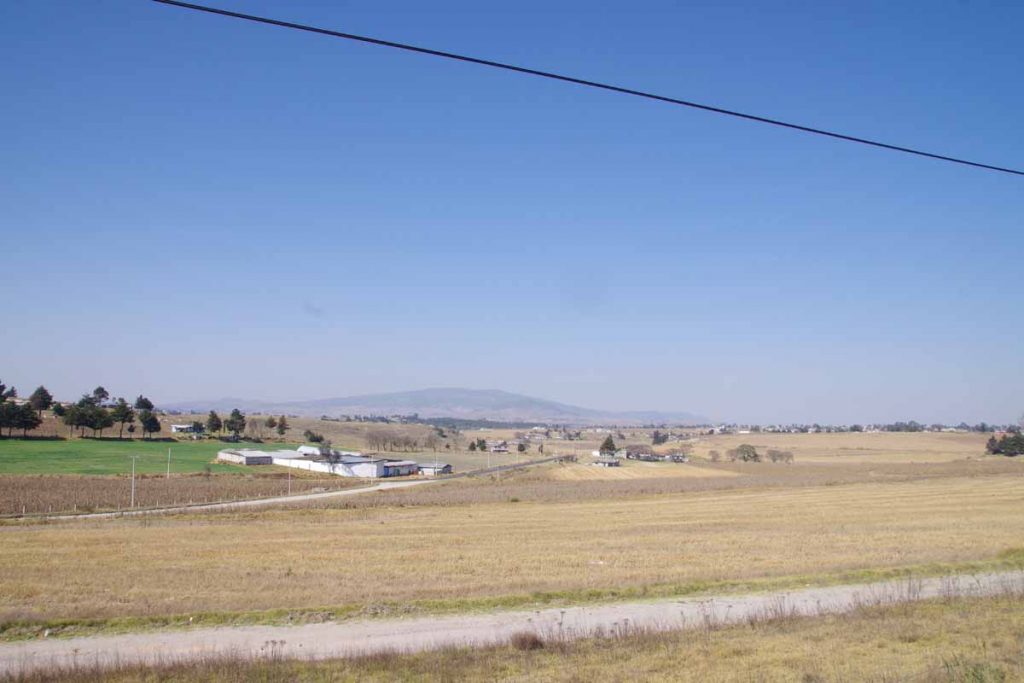 Areas that weren’t wooded, looked more like photo above. 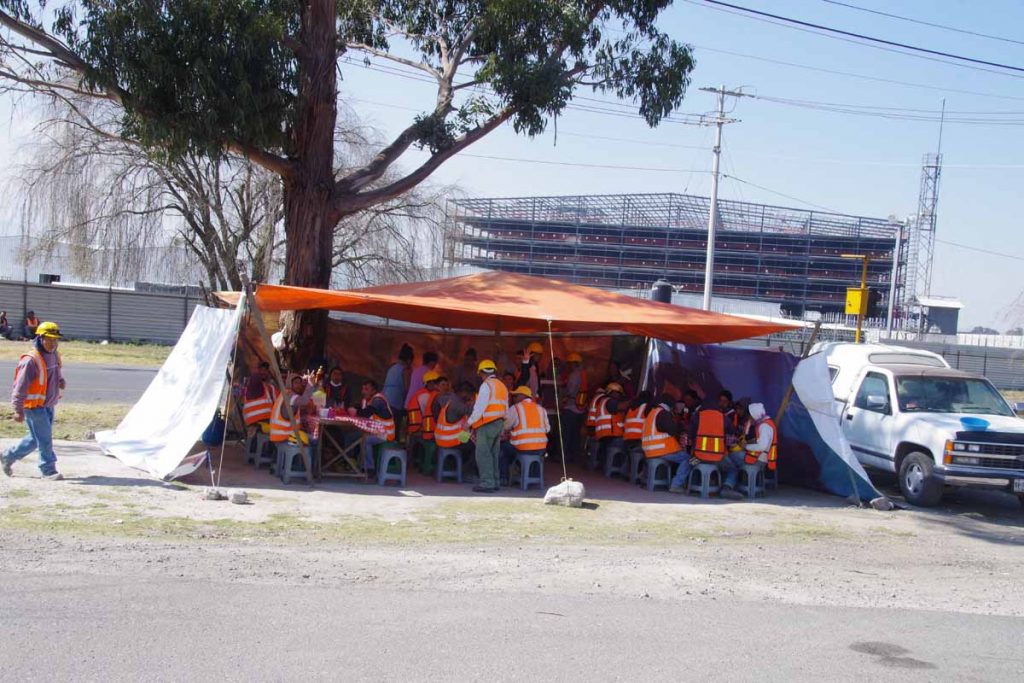 These guys worked at plant behind in the photograph but were having their lunch break. 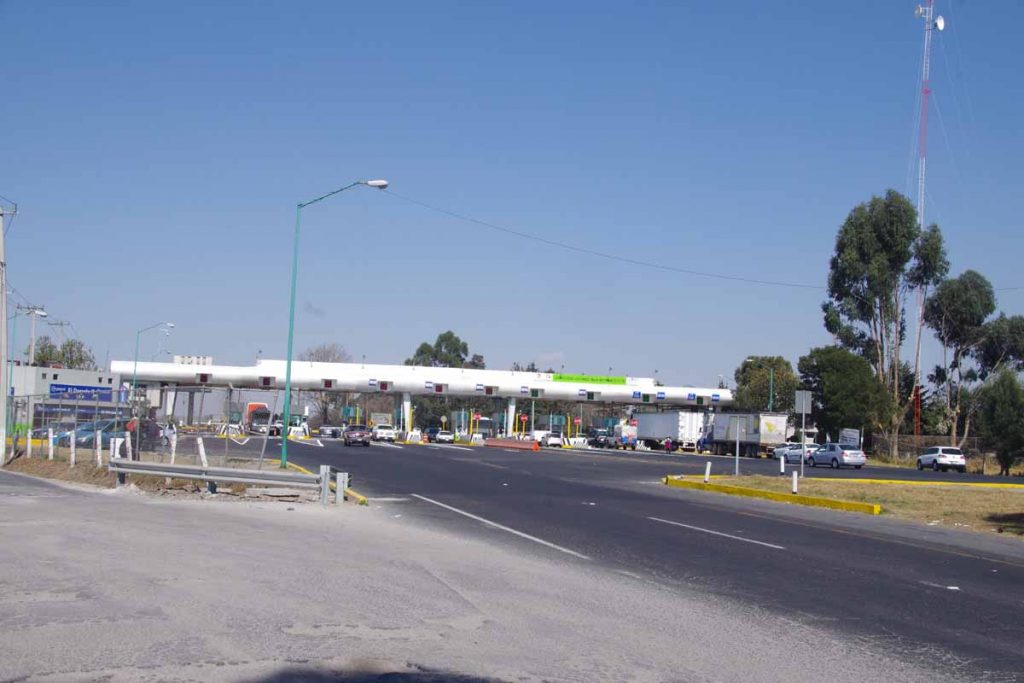 After 50km, I came to toll booth and then more urban riding going past the center of Toluca. Toluca has a population of 800,000 in a metro area of 1.9 million, making it fifth largest metro area in Mexico. 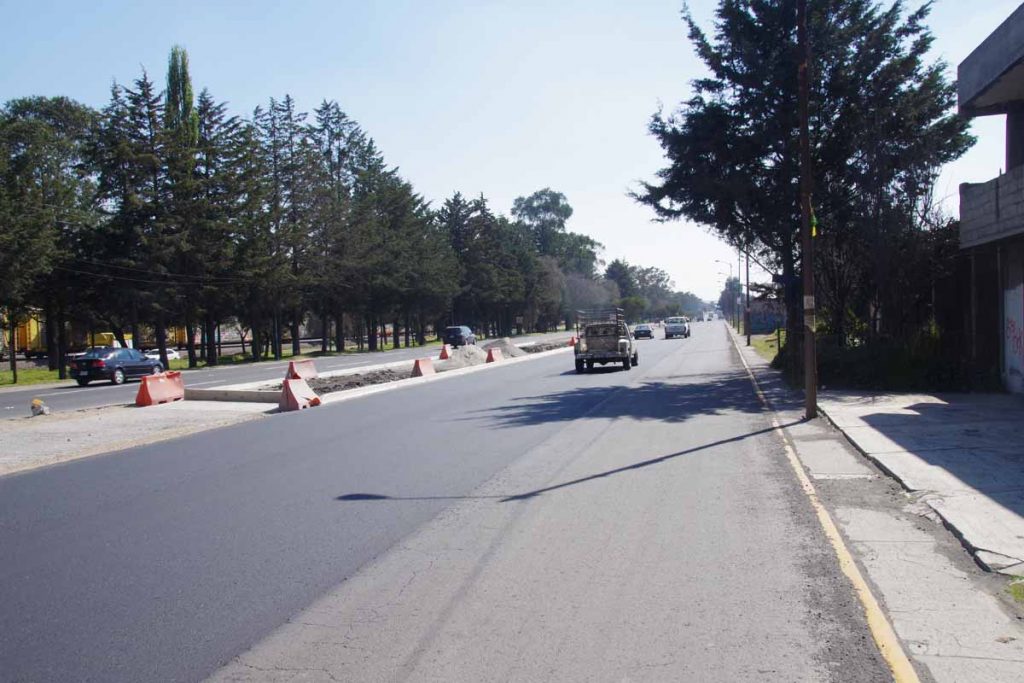 The road started fairly easy with three lanes each way in the middle and a similar three lanes on the outside. Occasionally trucks would park in the right lane but typically traffic was light enough to pass on the left. The last five kilometers became much more crowded and I was part of stop and go traffic. 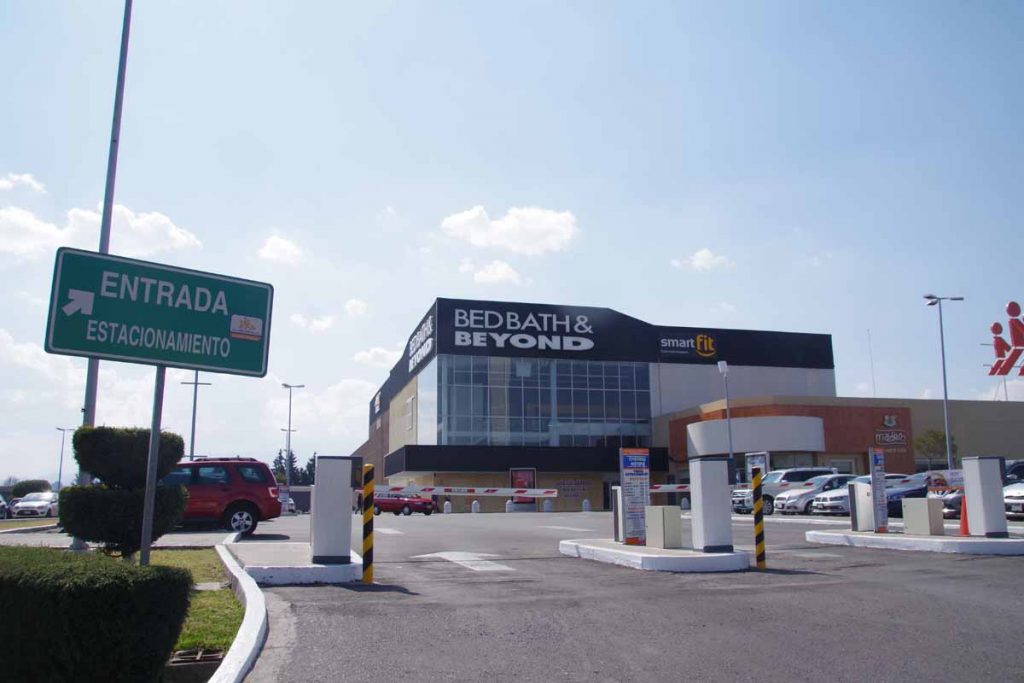 Unlike other cities where I’ve often gone to a cathedral at center, I decided to pass along the center and instead get to one of the roads “outbound” so I’ll have shorter distance to depart tomorrow. This was where the big stores like Walmart, Bed Bath and Beyond, Sams Club, etc also seem to be found.

Toluca has been my second way point since Mazatlan. From here, plan is to cycle towards Oaxaca. I’ve been working through a little more precise routes to ride.