Over a big hill today with a lot of descent, some of it steep. Otherwise, riding today had a bit of everything: busy highways, small villages, a climb through pine trees and descent. A lot of descent. 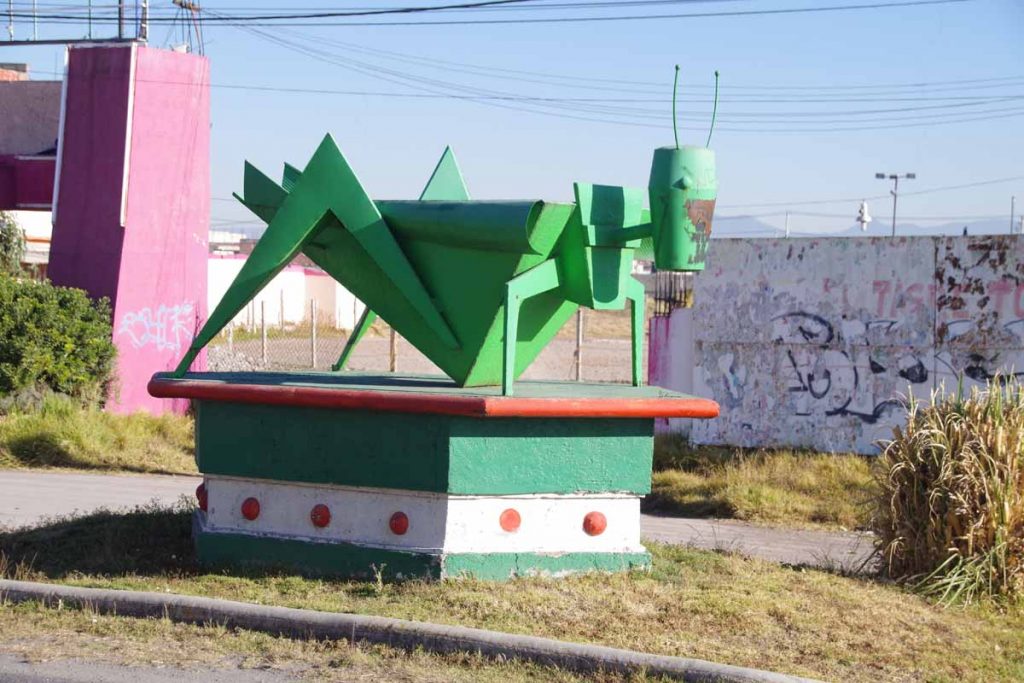 The first 8km were leaving Toluca following highway 55. It was busy, but usually had a shoulder and I was already part of the way out of the city. At the 8km mark, an exit took me under the highway in a small one-car width tunnel. The roads now took me through several villages. The small roads and village roads have frequent “tope” or speed bumps, so I would also slow to carefully go over. It was relatively flat and road conditions varied. 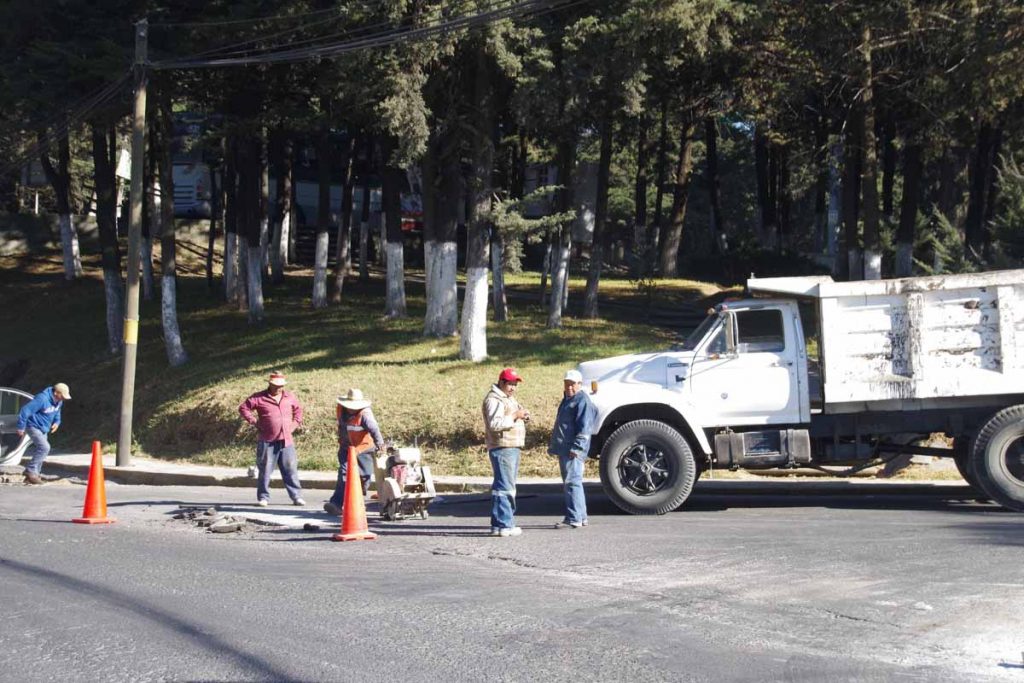 At 23km, I turned south and came through a bit more hilly region. 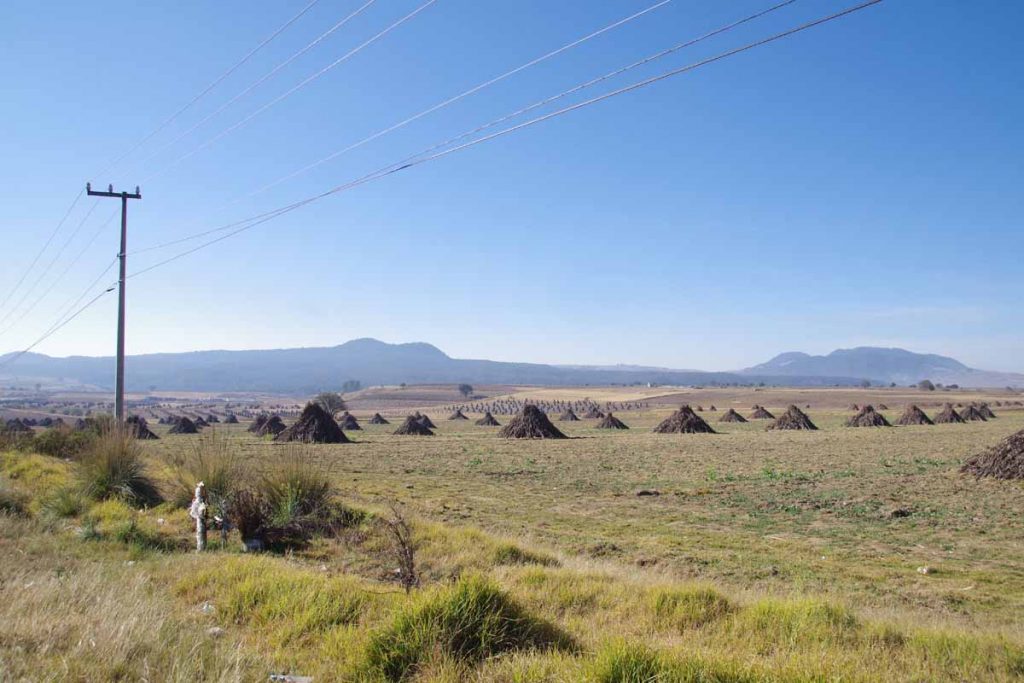 Still a few agricultural fields though. 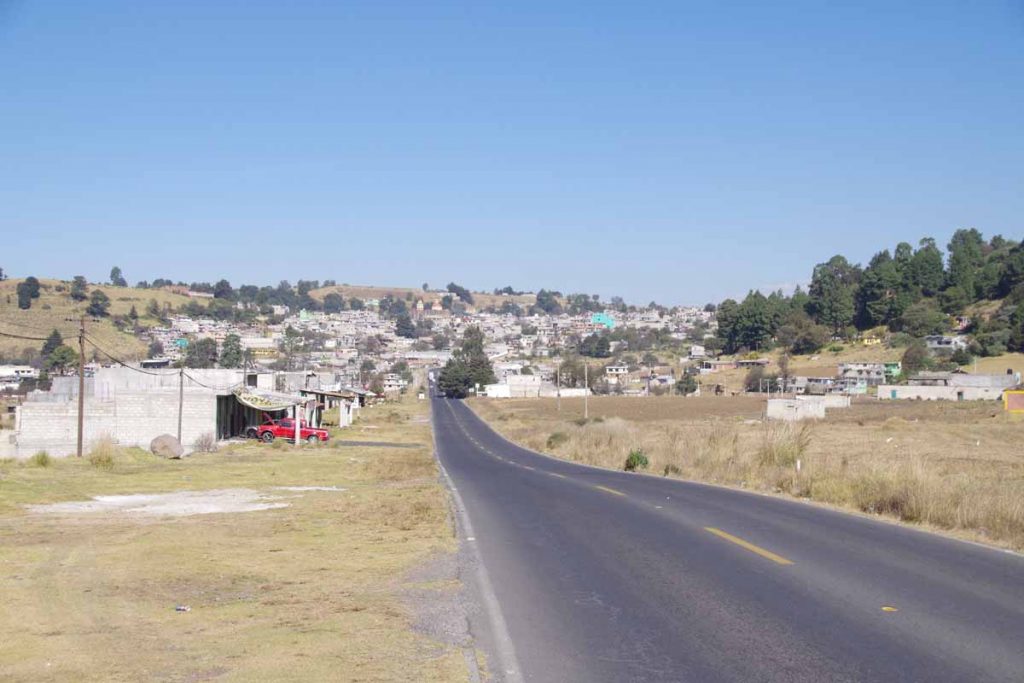 This photo was looking back at a village I had crossed. I was surprised at how many businesses were advertising as roadside restaurants and the like. Not sure if this is otherwise a vacation region for those from Mexico City urban areas or otherwise. 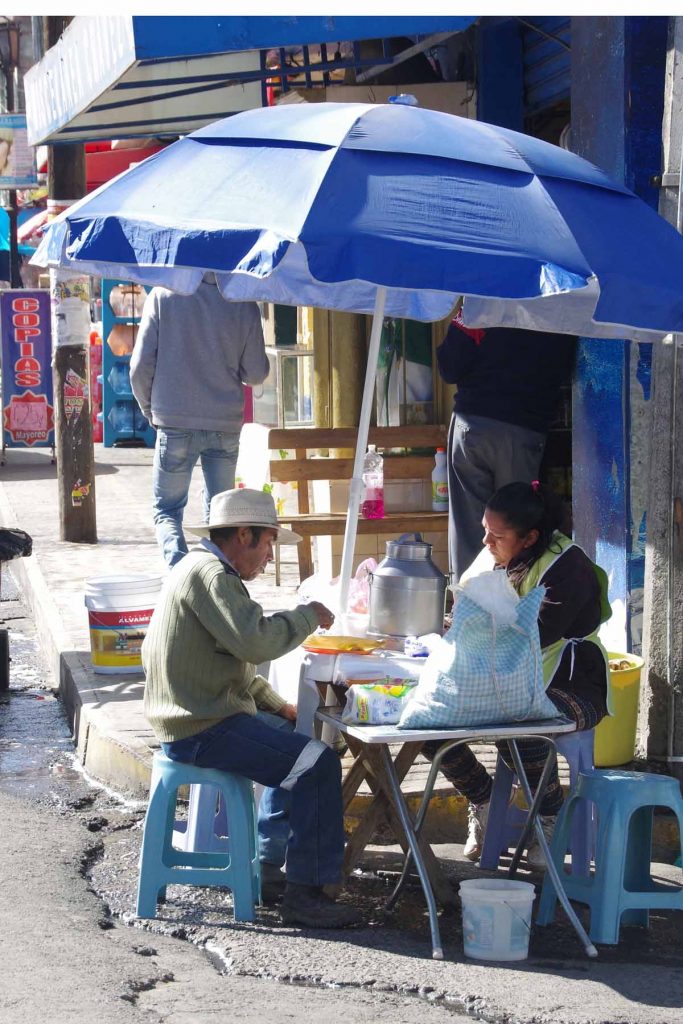 These folks were having a meal in one of the villages. 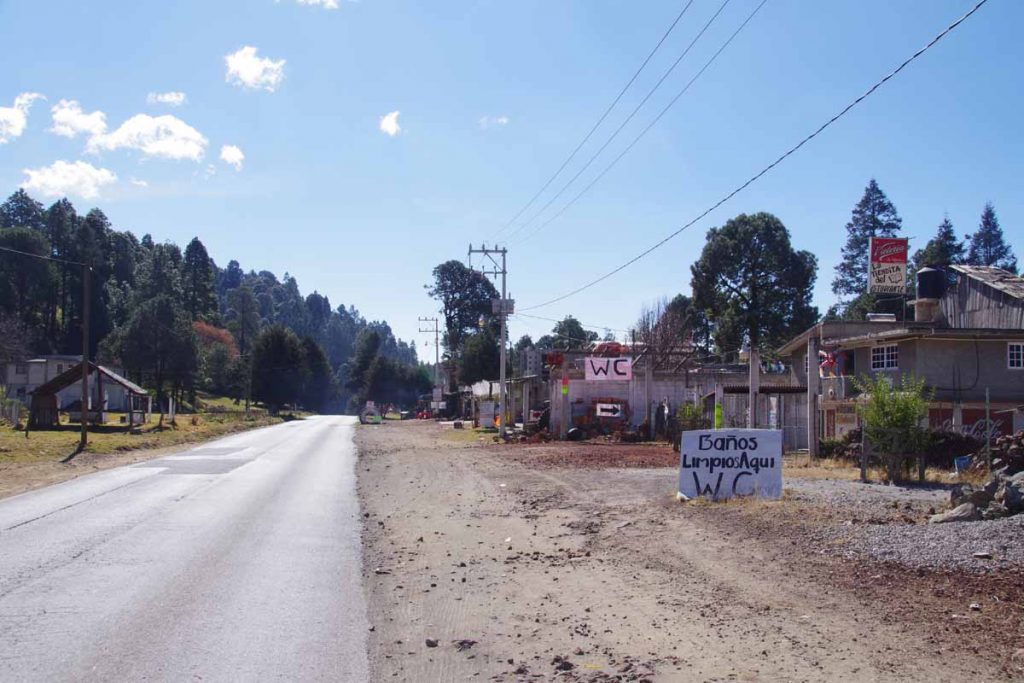 The other thing I noticed were a surprising number of “WC” signs. Not sure if this is the English “water closet” aka toilet or something else, but at least in sign above they seem related.

At 40km, I came to junction in village of Santa Martha. I was at 2800m (~9400ft) elevation and a small road led further uphill. I filled up on water and got a snack before setting off for a slow climb. 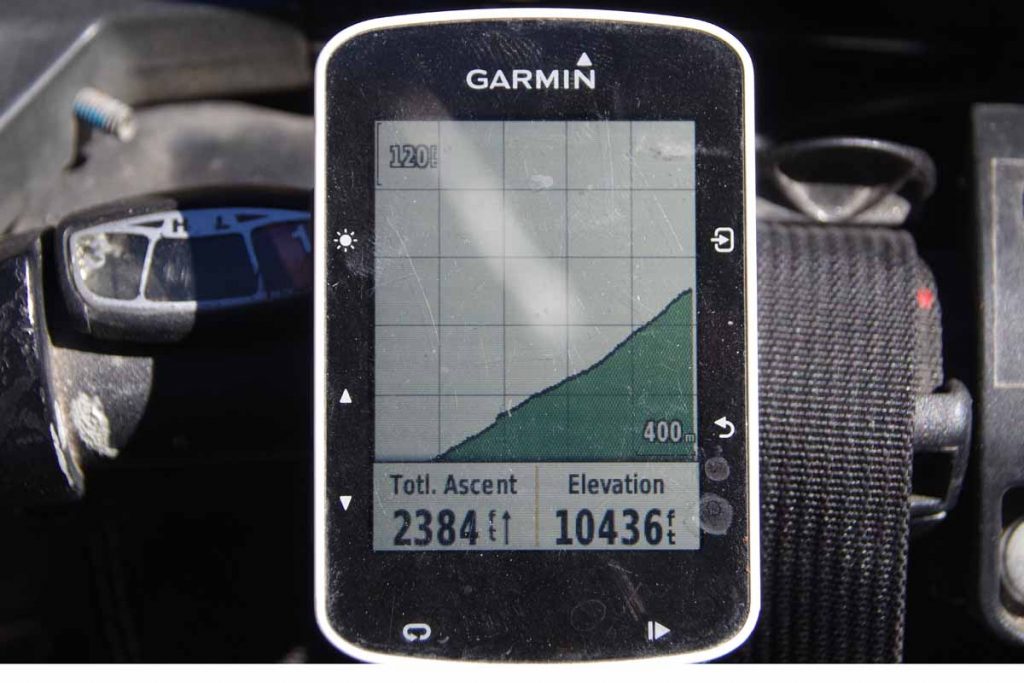 At 47km, was close to my top elevation. From here a reasonable descent, though the road was sometimes rough. 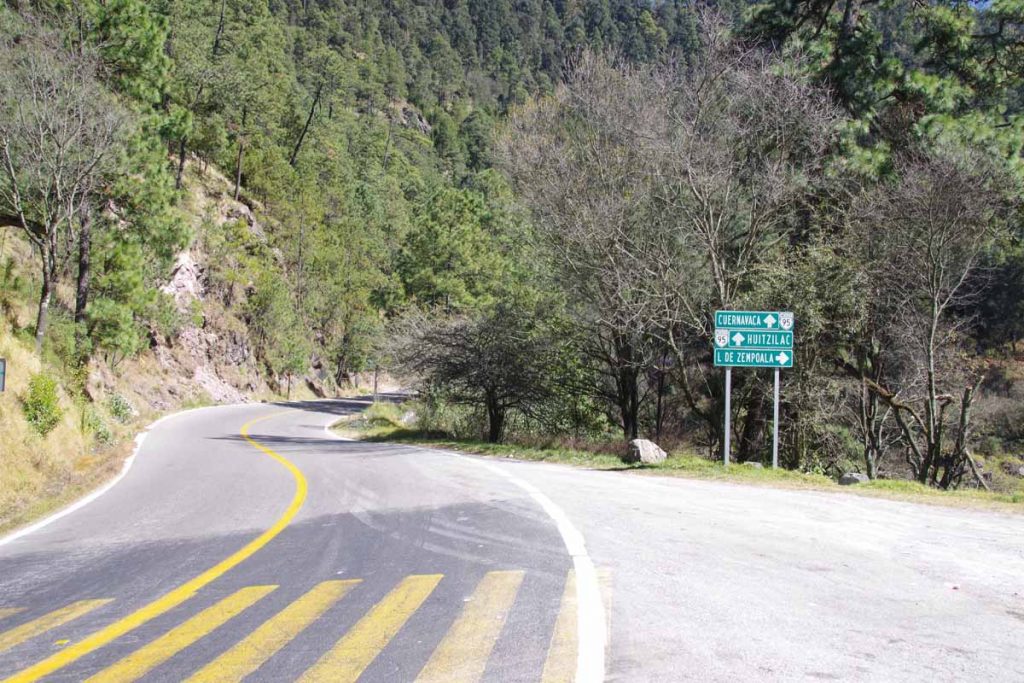 It was a nice and winding road and came along a park. Not far from here I also crossed into Morelos state, though I didn’t actually see signs. 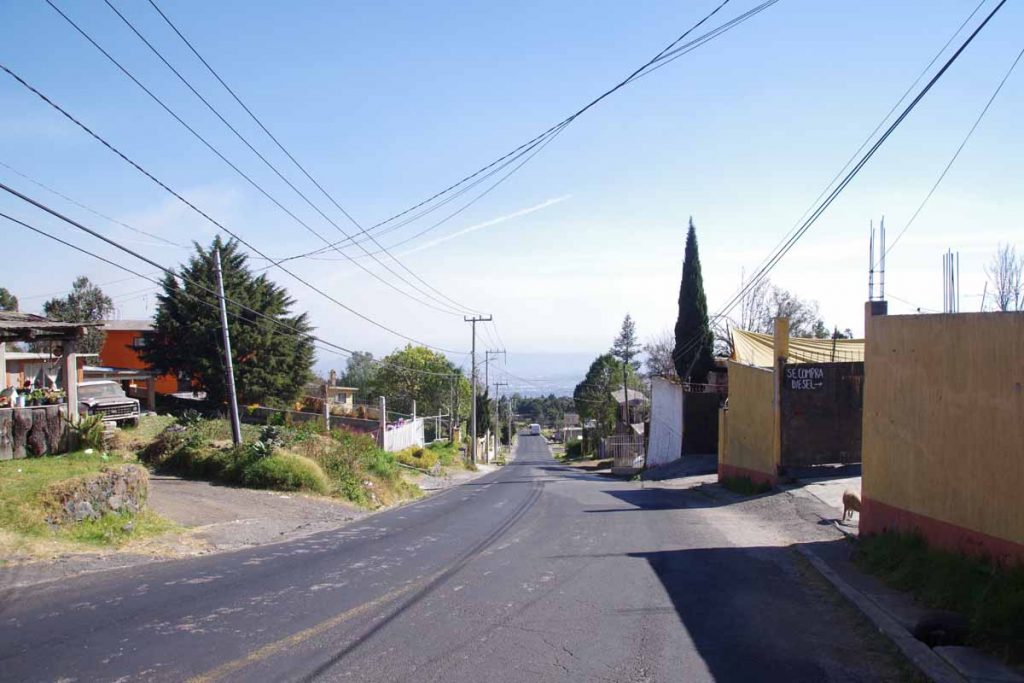 By 65km, I had pretty much crossed over and could see Cuernavaca nearly 1000m further below. The next parts of road were very steep. I’m not that good at steep downhill so kept it cautious and rode down using my brakes a fair amount as well as stopping a few times. Fortunately, 10km further brought me to northern outskirts of Cuernavaca and reasonable place to stay. 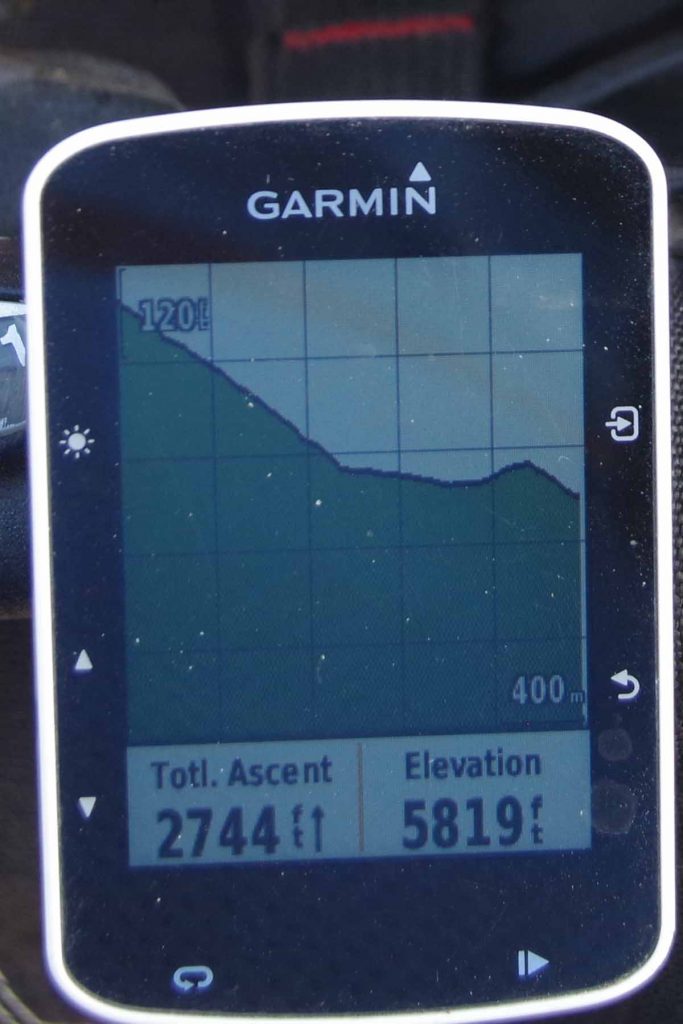 I am now closer to 1800m again and days will again be a bit warmer. I’m also still several kilometers from city center (and several hundred meters higher), though don’t plan to ride through middle of this city.