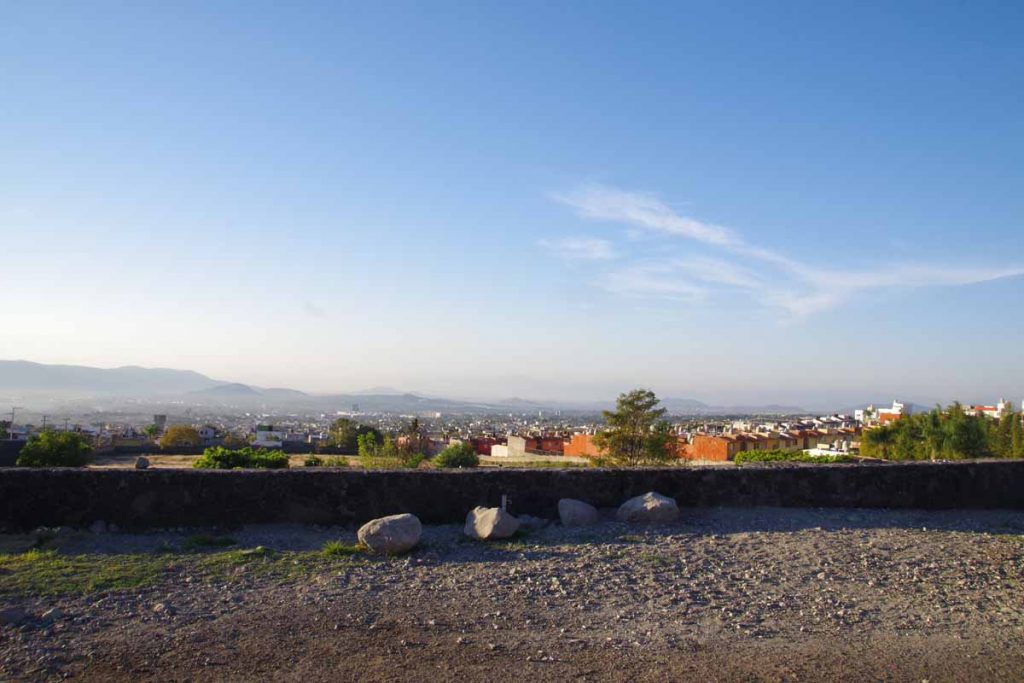 Yesterday a relaxing day in Cuernavaca so was fresh on the road this morning. Today had some climbs (982m according to odometer) but more descents than climbs so I’ve now transitioned into warmer region and different crops.

The first 16km I took a back road to Tepoztlan. It started out urban and more downhill but I ended up climbing it all back up the last few kilometers. Photo above is looking down over urban areas of Cuernavaca. 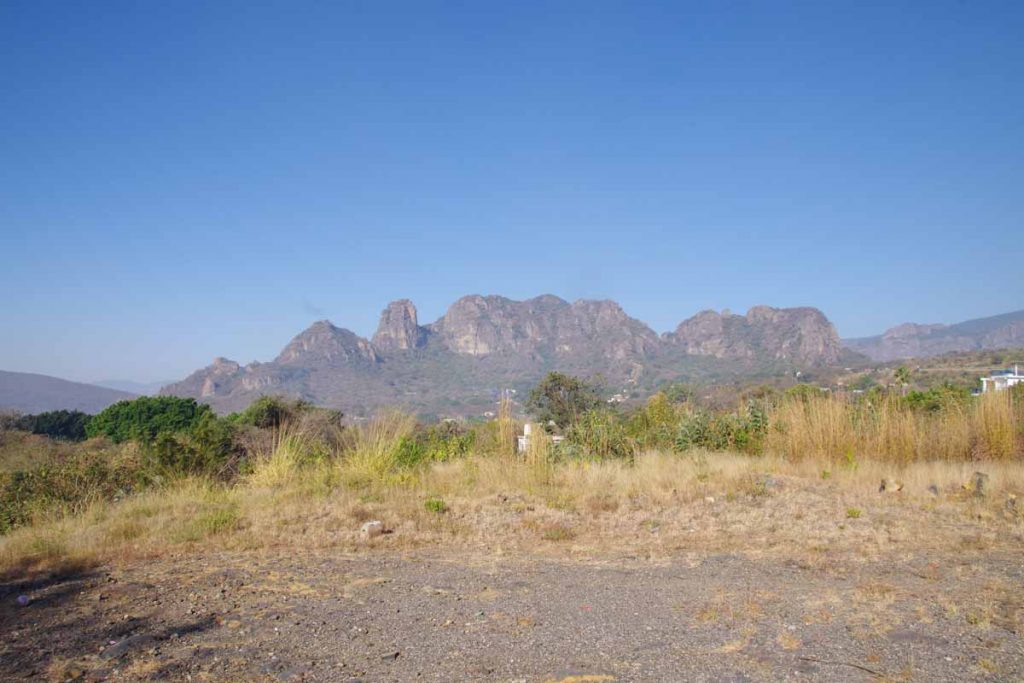 At this point I was on 160D and descended from 1800m to 1300m. This road wasn’t as much fun as the shoulder was narrow with a rumble strip. So I alternated between descending on the highway and shifting over to the shoulder. Fortunately, once this bottomed out near kilometer 30, the road became a wider cuota with a wider shoulder. 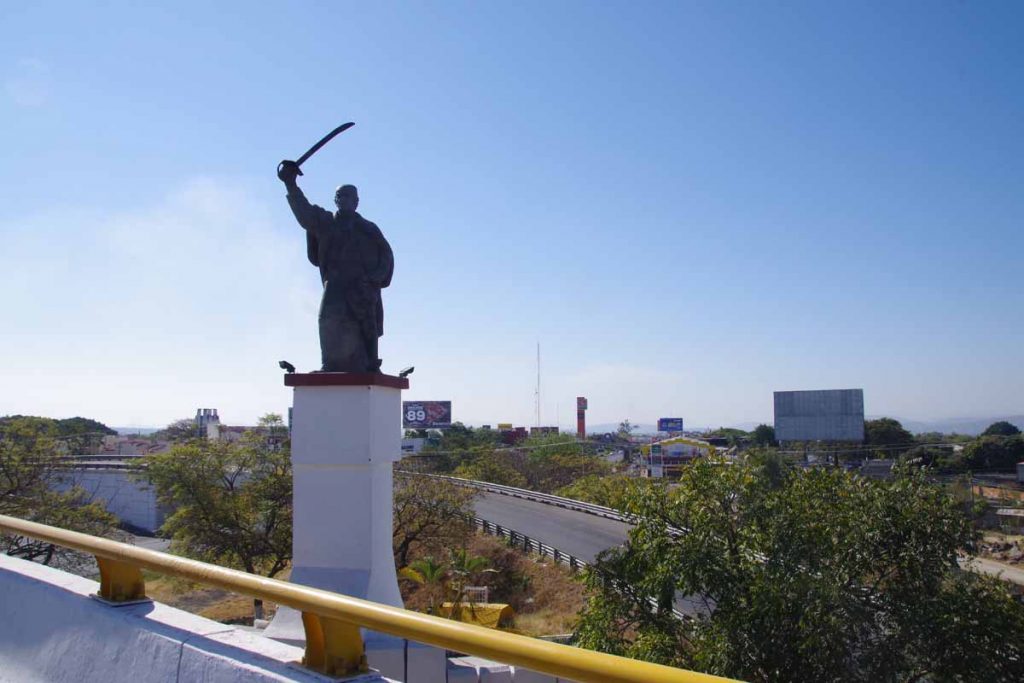 Also had some more traffic, but overall not real busy. Near 45km, I came past turnoff to Cuautla where this fierce looking statue was overlooking the commercial billboards. I ended up on a bypass with a bit of climbing and then back out into rural areas again. 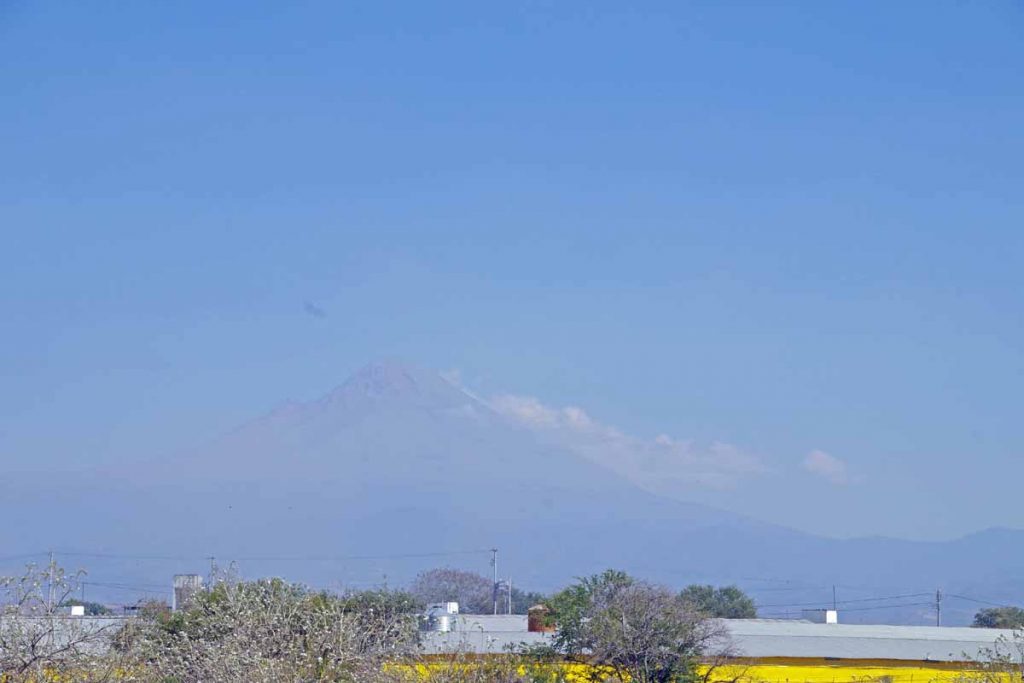 It was a bit hazy but off to the left I could see Popocatepetl. This active volcano is Mexico’s second tallest peak at 5426m (17,802ft). It is also North America’s fifth tallest peak. 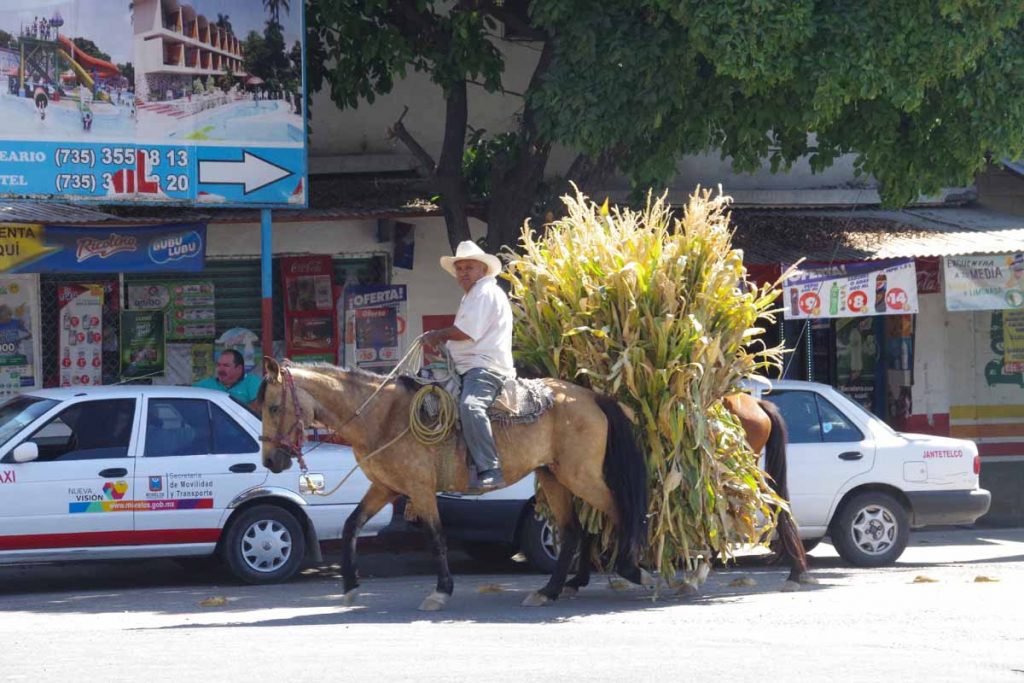 I’ve seen a few more horses being used today. One horse has the rider and the other the crops. 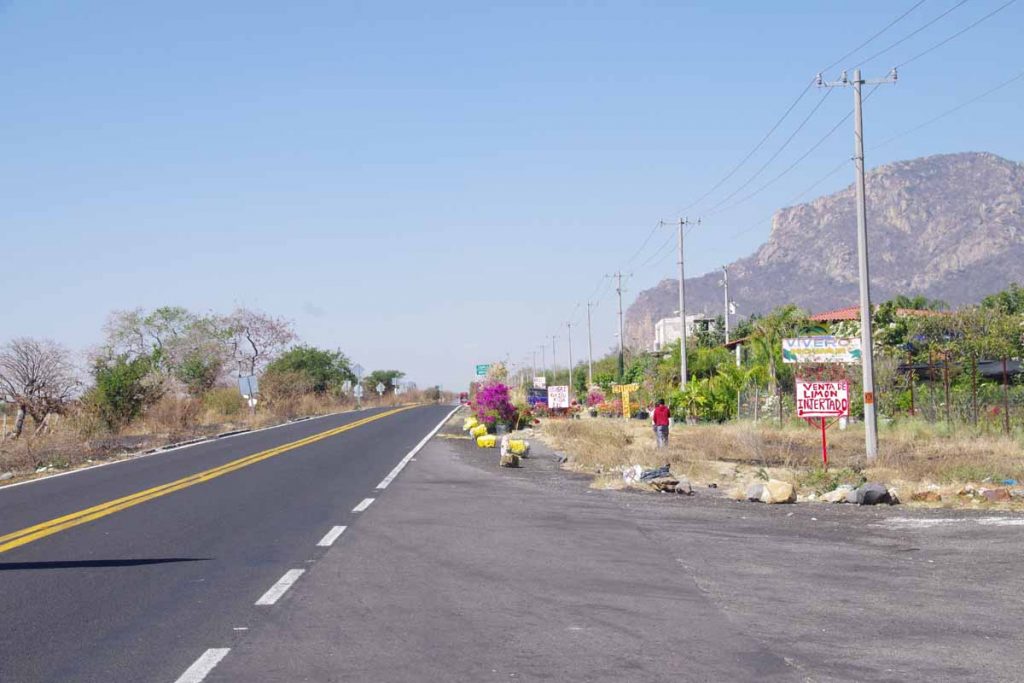 By afternoon it was getting warmer, but still pretty riding. By now the road had also narrowed to two lanes without much shoulder. However, there also wasn’t much traffic. 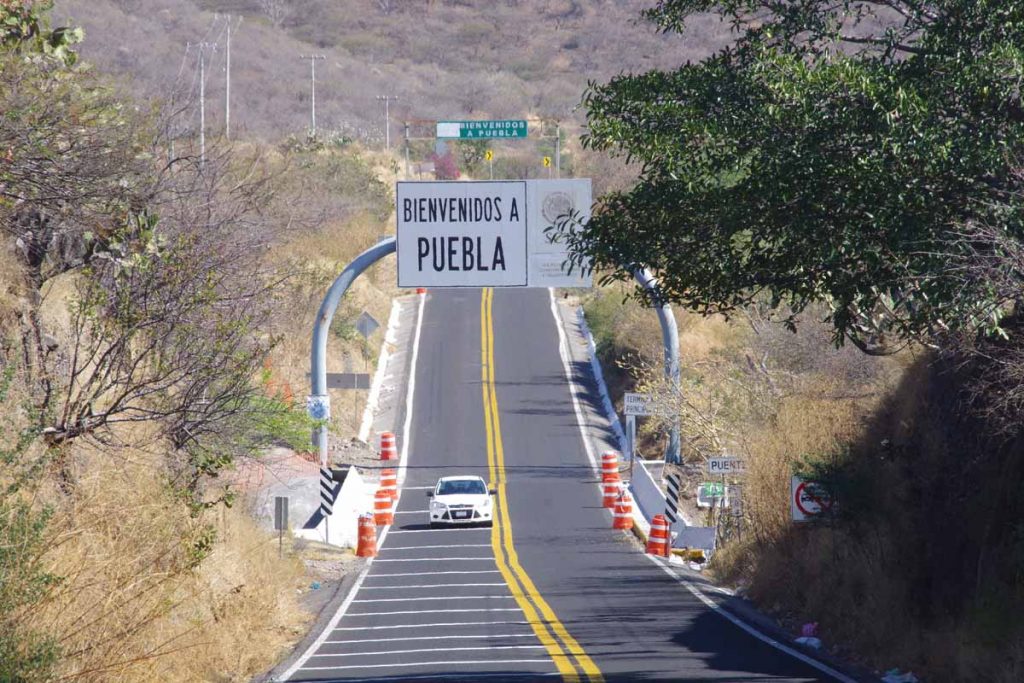 I crossed the border to Puebla state, the 7th state I’ve cycled in Mexico. Best guess is 72 states total: 50 in the USA, 7 in Mexico, 6 in Australia, 6 in India and 3 in Germany. Other nations call their subdivisions other names like provinces, oblasts, departments, districts, etc so didn’t count those. 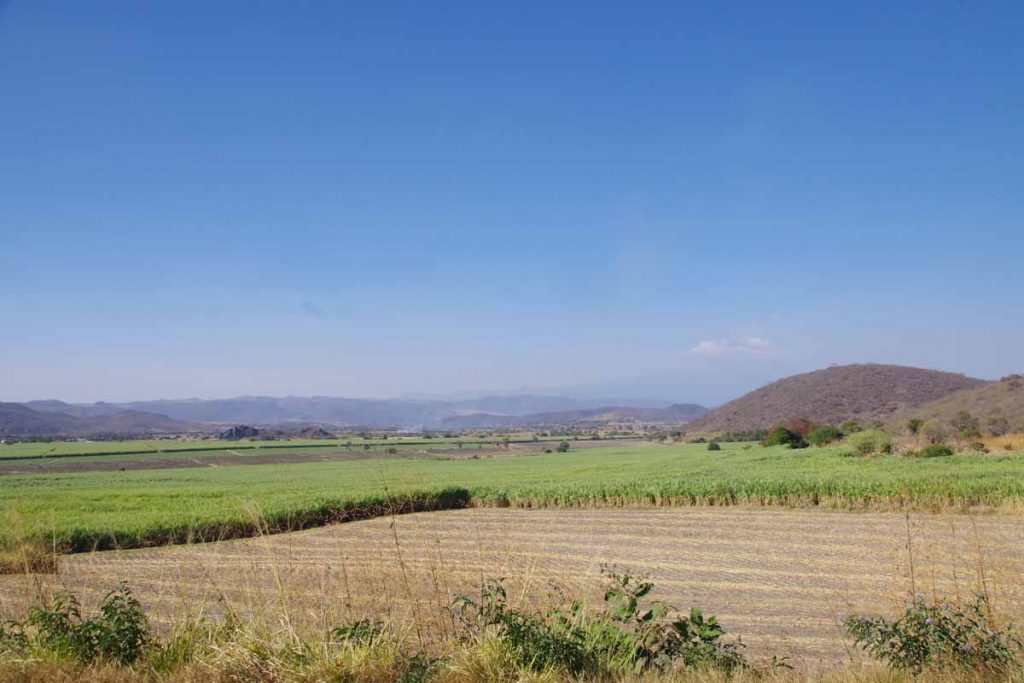 Here was a good example of fields of sugar cane. 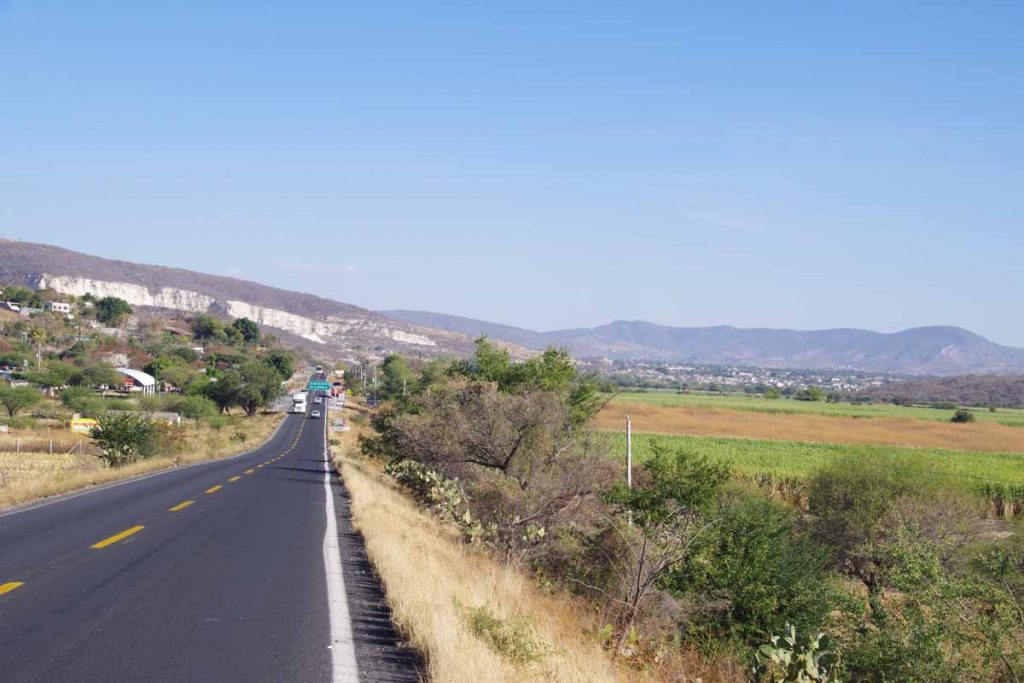 I was happy to see Izucar de Matamoros appear ahead. Found a reasonable spot to stay.

During my rest day also sorted out a bit of road ahead. I’m about 327km from Oaxaca. Plan is to stop there and take a five day Spanish language class. At end of that class, I’ll be joined by another cyclist and plan is to ride with two of us to family he has in Costa Rica. Look forward to cycling with two of us, and coincidentally Guatamala, Honduras and Nicaragua are good places to ride with more than one.