A shorter ride that crossed into Honduras. Our route brought us across several short steep hills where my odometer recorded 12% grade or better. 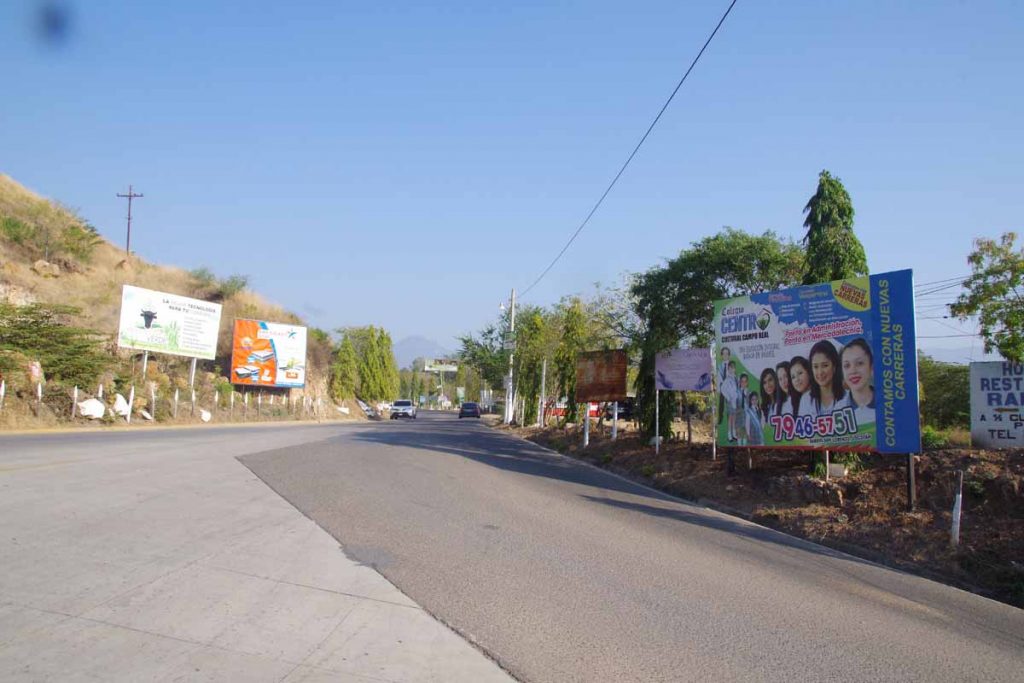 Jocotan was another nice little town to visit. By now we’ve got our rhythm down: arrive in town, find a hotel, shower and wash some clothes, check internet, go out for dinner at local comedor, buy breakfast foods, relax and fall asleep. We were on the road a bit later, but knew we didn’t have as far to go. What we didn’t know completely was that some of the hills were steep.

Photo above was looking back at Jocotan junction into town. 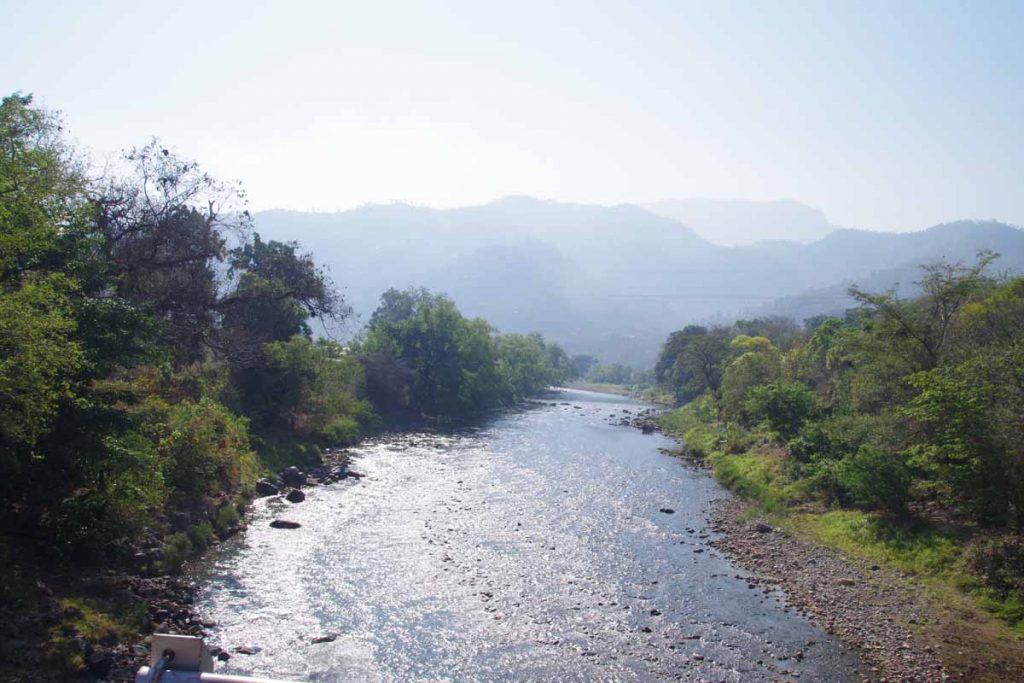 We crossed a larger river that was running fairly clean. 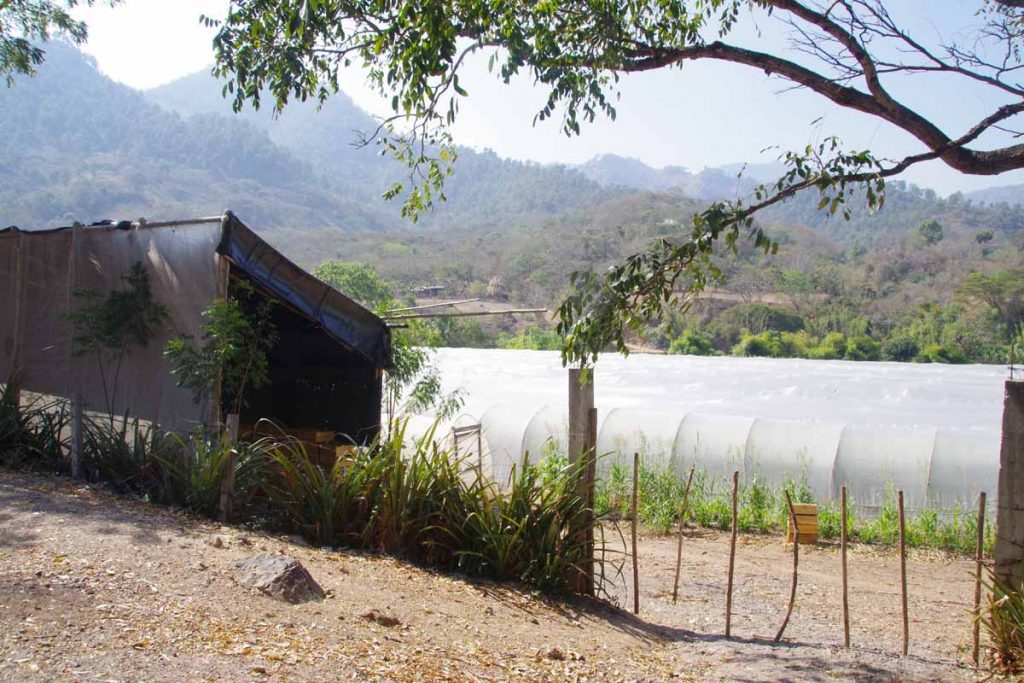 This is an agricultural region. Corn and beans are grown here. In addition, something in these large greenhouse structures we passed. 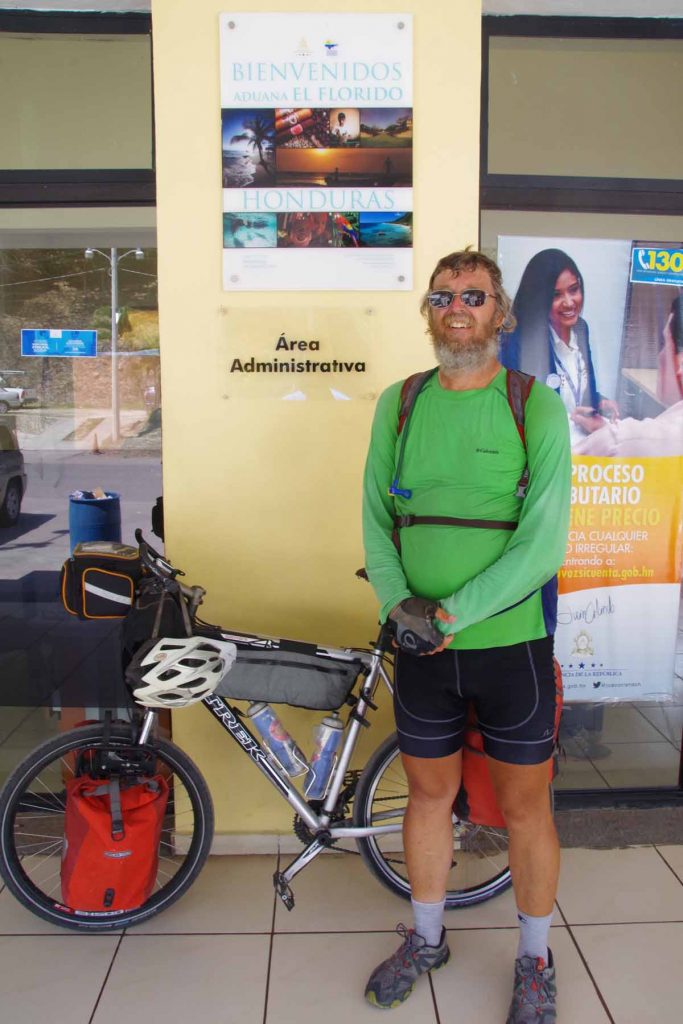 At 25km we came to the border. There were large lots with trucks on the Guatemalan side, presumably waiting to cross. However, unlike our Mexico/Guatemala border, less of the border villages on either side. Immigration was also straightforward: get stamped out of Guatemala, cycle over to Honduras immigration and get stamped in for Q30 (~$4 US). Photo above is taken at the immigration point with poster of Florida, Honduras.

I was also able to exchange my last Quetzals for Lempira. The rate quoted was very close to the official exchange rate. Enough so that I was cautious if there was something else going on. However, we’ve been able to spend those Lempira we exchanged so looks ok. 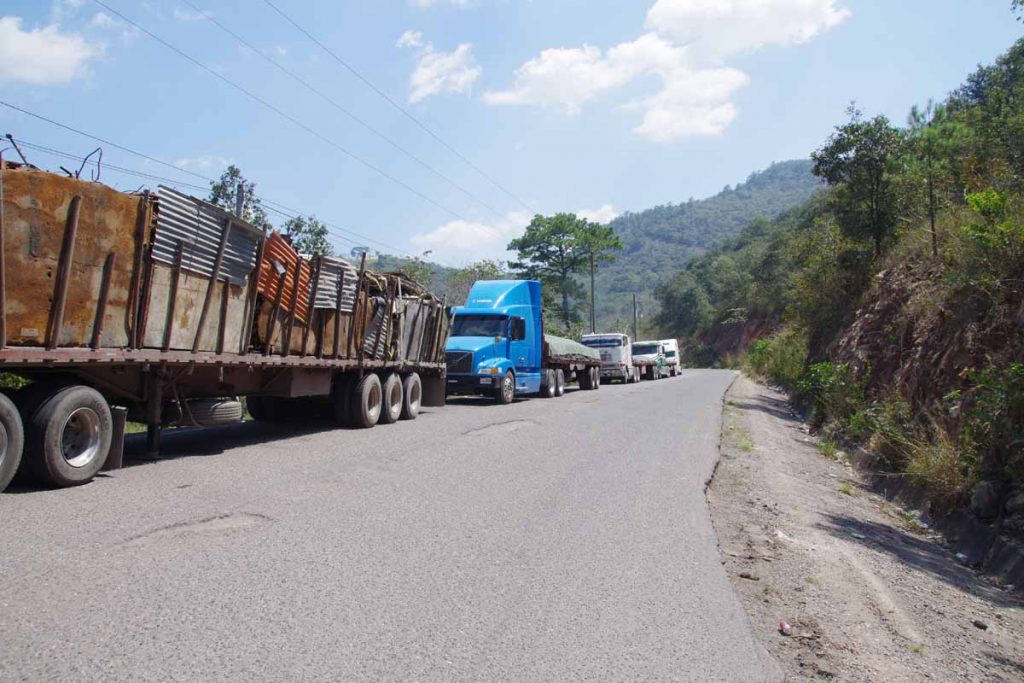 Immediately after the border, the road climbed steeply (~9%). There was a row of parked trucks here. By now it was warm but we also knew we didn’t have as far to go. Up ~200m (600ft) and then across and down into Copan Ruinas. 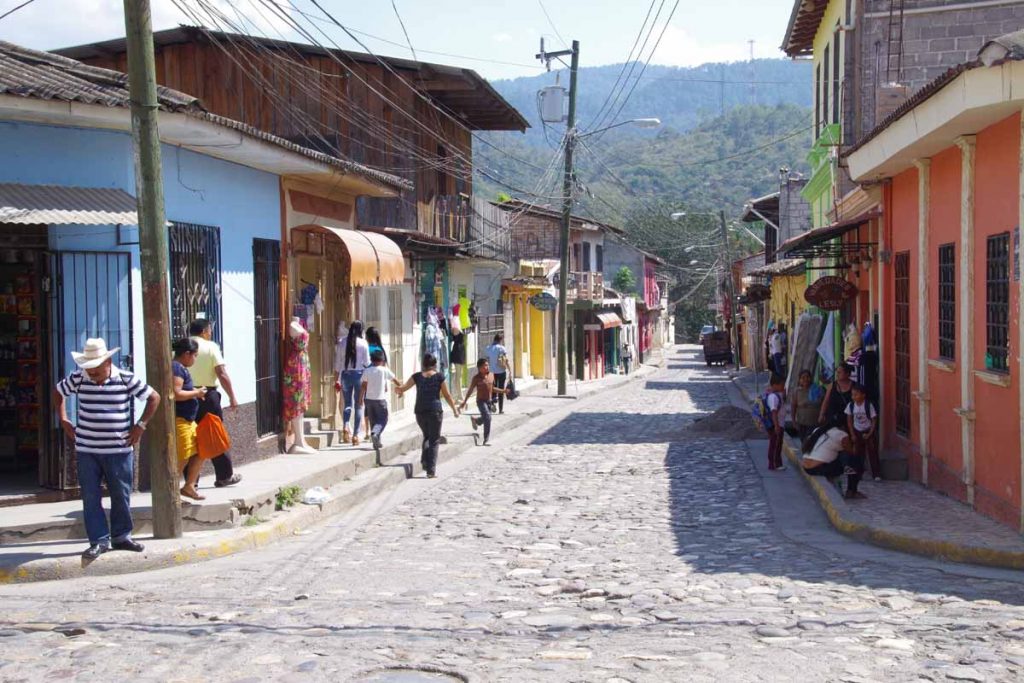 Most of the streets in Copan are cobblestones. Nice to look at, but a pain to ride our bikes. Fortunately, we found a hotel not far into town. 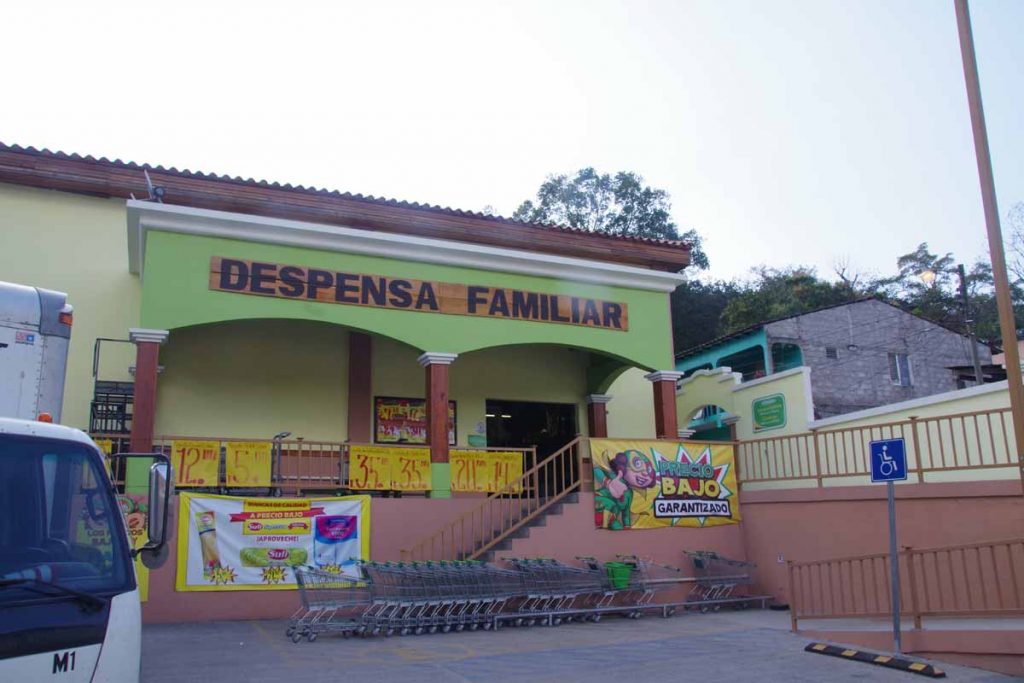 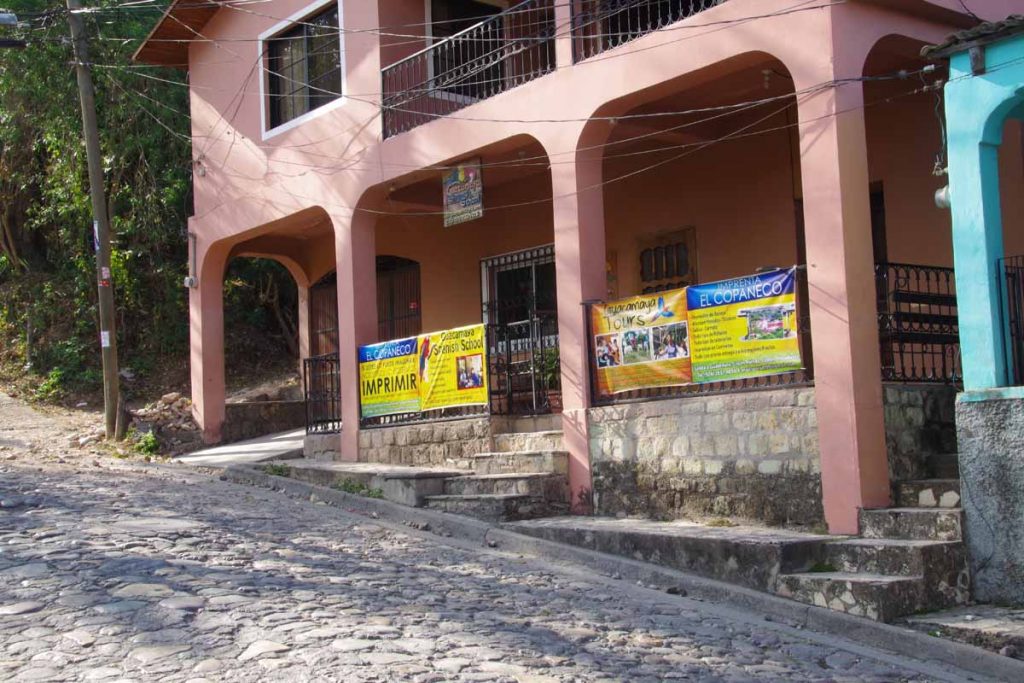 We haven’t visited, but Copan has a major archaeological site. As a result, there are many hotels and also seen a number of non-Honduran tourists walking around. In addition as you can see from photo above, several Spanish language schools here as well.

Too early to have much of a comparison between Honduras and Guatemala. Our small bumpy road got better at the border. Kids still yell, “gringo!” as we pass. Speed bumps are still named “tomulus”. Looking forward to exploring a small bit of the fifth country on this trip.