Cloudy, overcast and almost drizzle. It rained more heavily overnight. Today we had a few drops of drizzle but barely enough to get the road surface wet. As a nice bonus it stayed below 25C (77F) all day, a welcome change from previous afternoons. 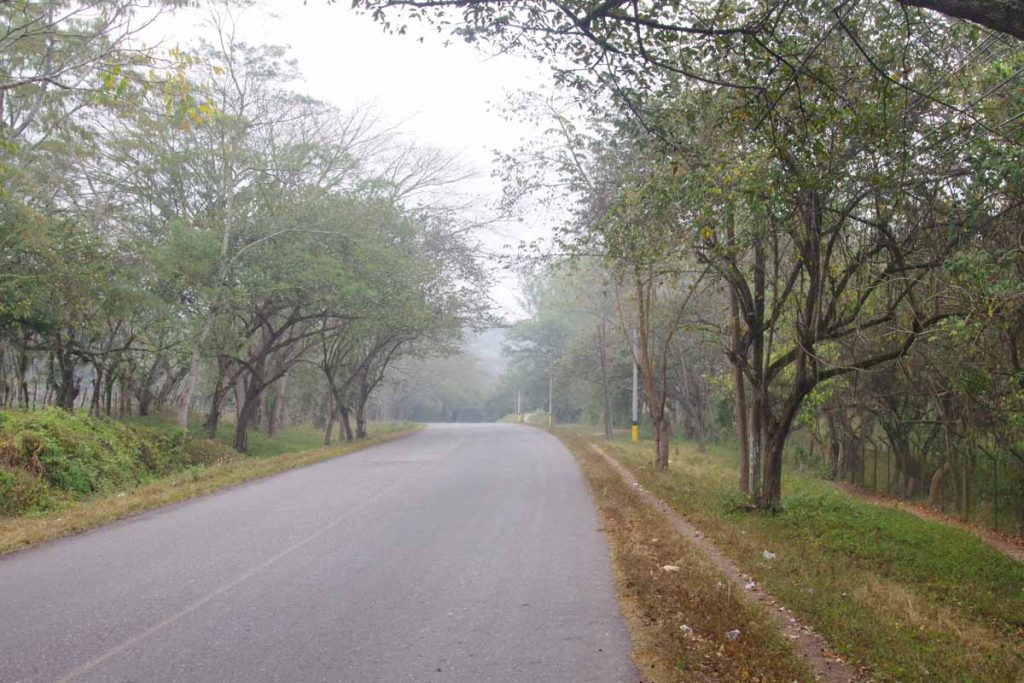 Our road was not particularly busy today. We still had some trucks passing, but typically plenty of room. There were several shorter steep (~9 to 11%) hills to climb over and a longer descent in the afternoon. We also had one or two short gravel patches, but overall good road, not much traffic made for a nice cycling day. 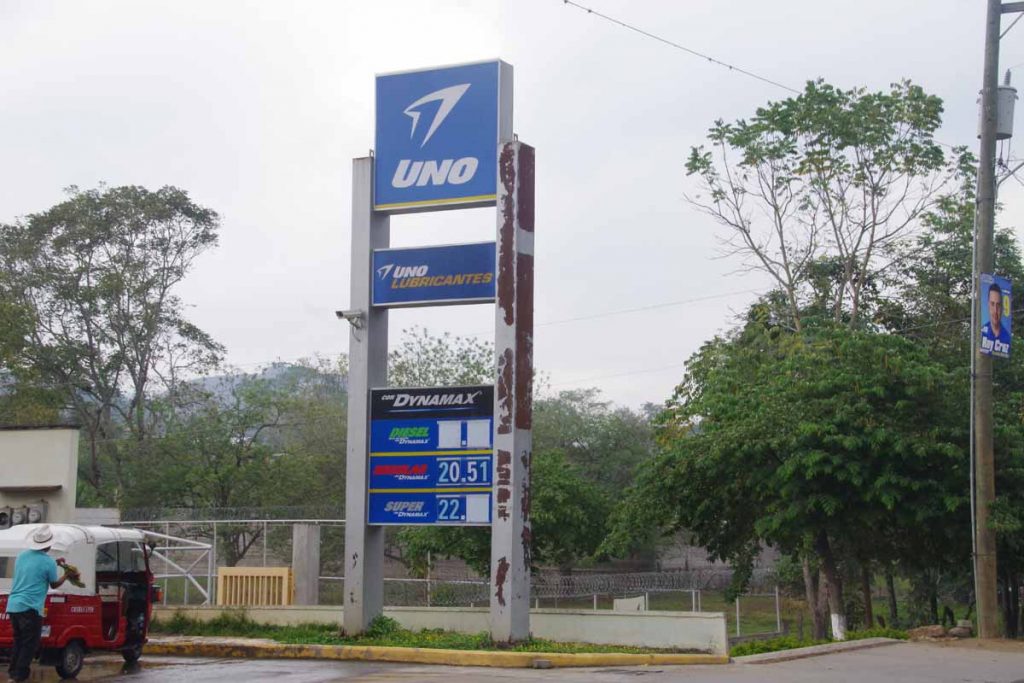 Gasoline is now sold in liters here as compared to Guatemala that sells by the gallon. 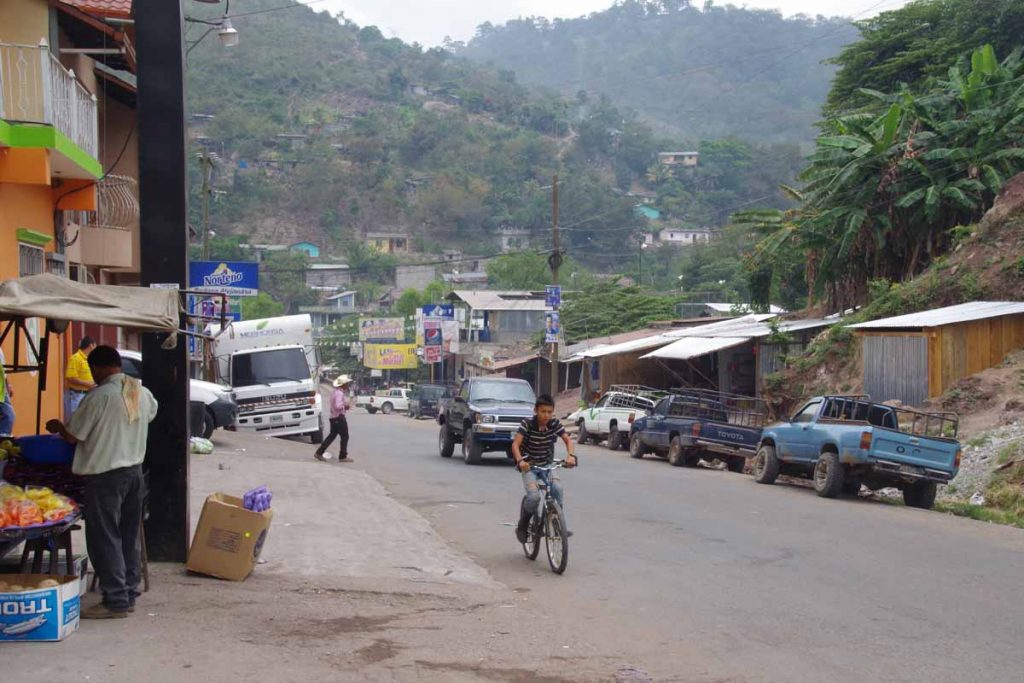 Our first village stop was around 10km. 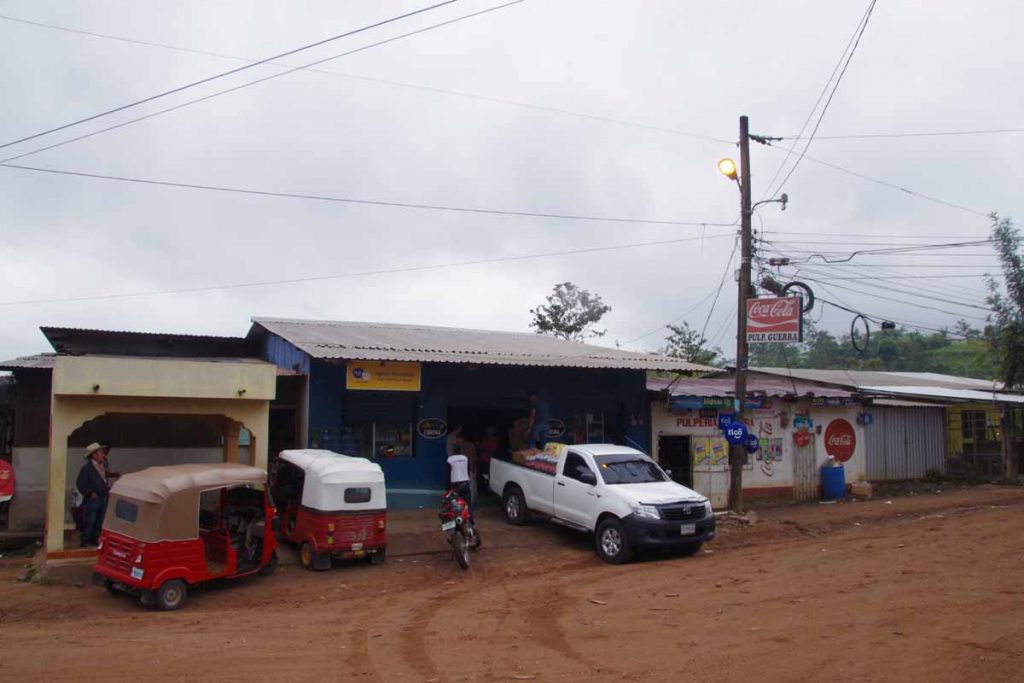 They call these small stores “pulperia”. In Mexico or Guatemala, “tienda” was more common. We stopped at one to get a snack before a longer climb up the hill. 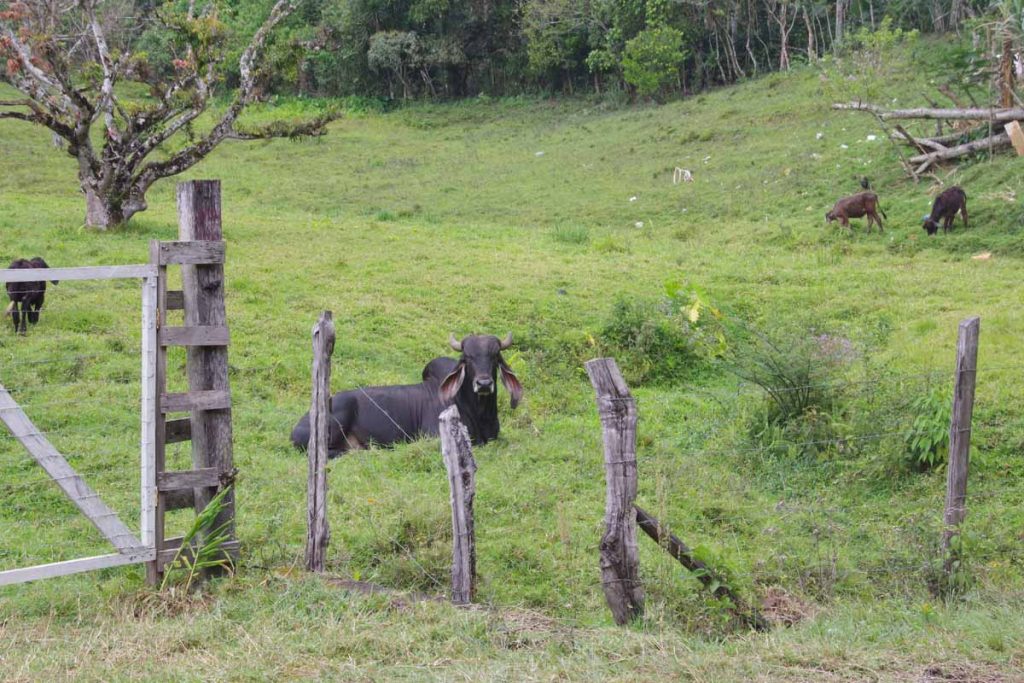 We’re seeing more cattle here and in general the area looks more lush than few days ago when we were in Guatemala. 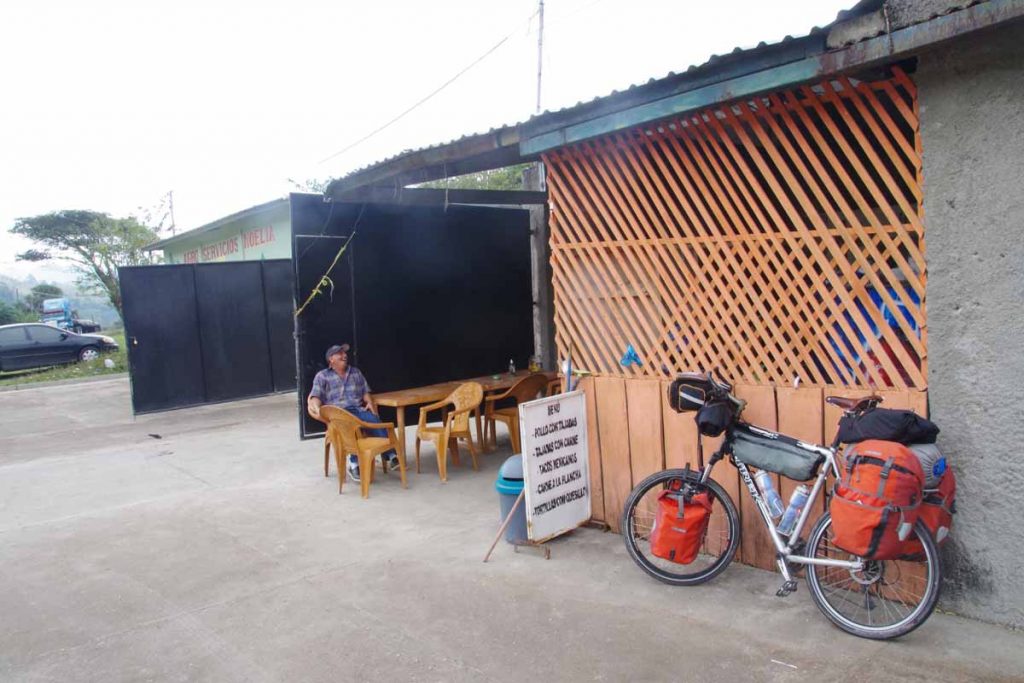 On the way down the hill, we found this comedor and stopped for lunch. As we ate lunch more people came by and by the time we were finished there were almost a dozen there. Coincidence I’m sure, though some were rather curious at these strangers with bicycles. One small girl kept looking at how tall I was. 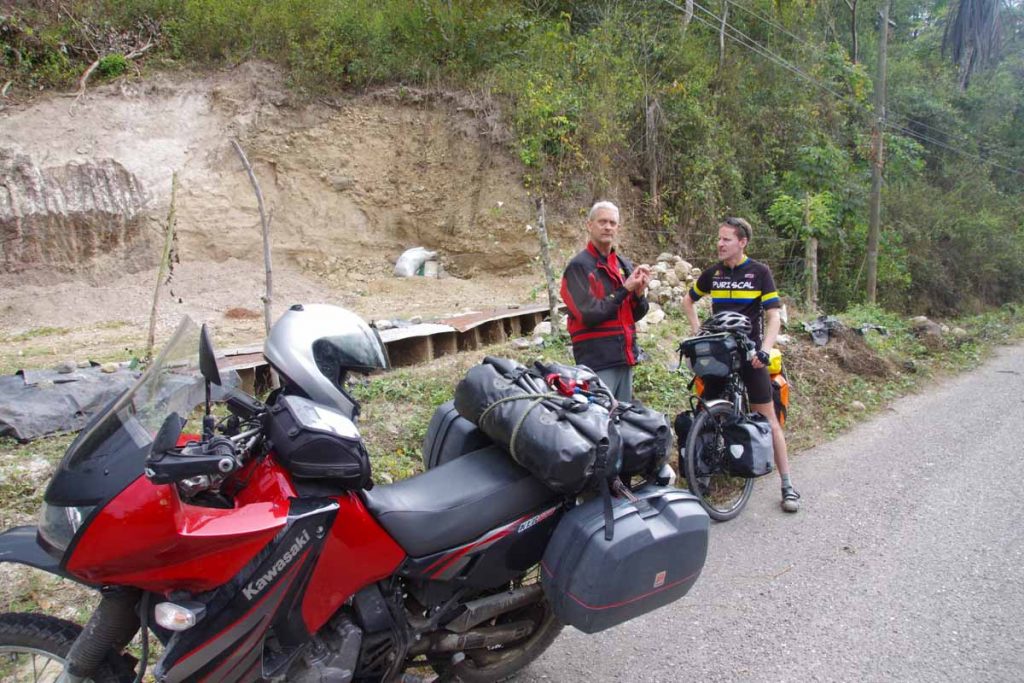 We met this motorcyclist on his way to Columbia and had a short talk. 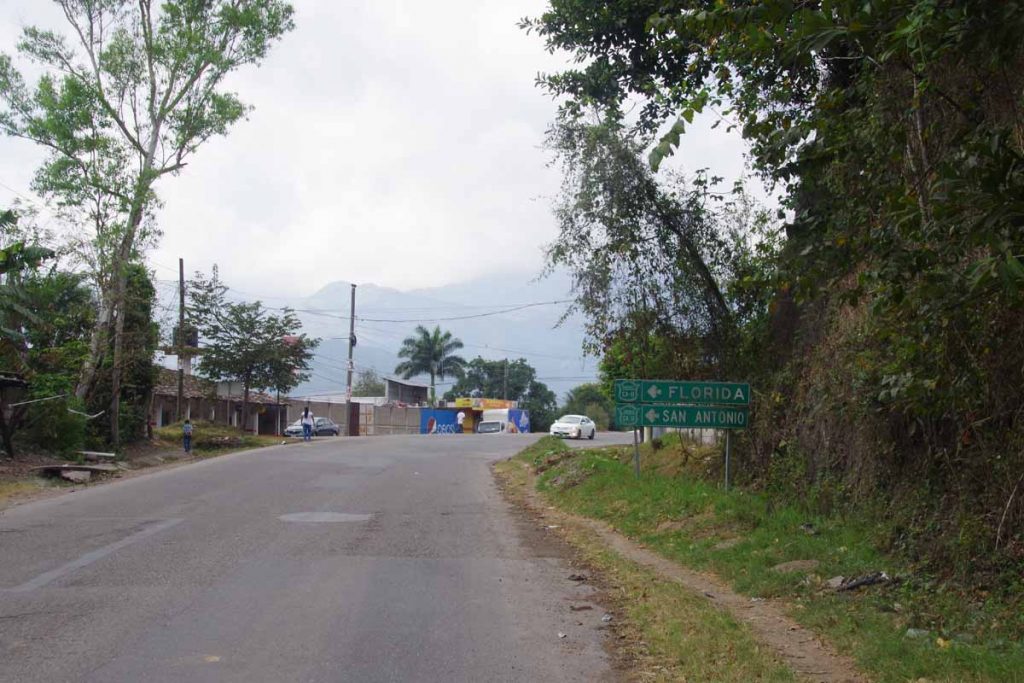 Florida and San Antonio were last places we passed before making our way to major road intersection at La Entrada. Several hotels around the main intersection and without much difficulty we found a reasonable one.

Overall, nice to have a somewhat cooler cycling day and one where we had hints of rain, but not much real precipitation.