Honduras has some hills. Last two days have been on roads with some short steep hills. Usually no more than 8%-9%, though my odometer has record 12% half a dozen times as well. I can put it in low gear and power up the short hills at 12% and almost find it at least as challenging to descend since I like to go slow with my speed.
Day One
Only 44km but over 1200m of climb. Today was mostly climbing, with several short steep hills that would get to 9%-11%. Tough work, particularly in afternoon as it got warmer. 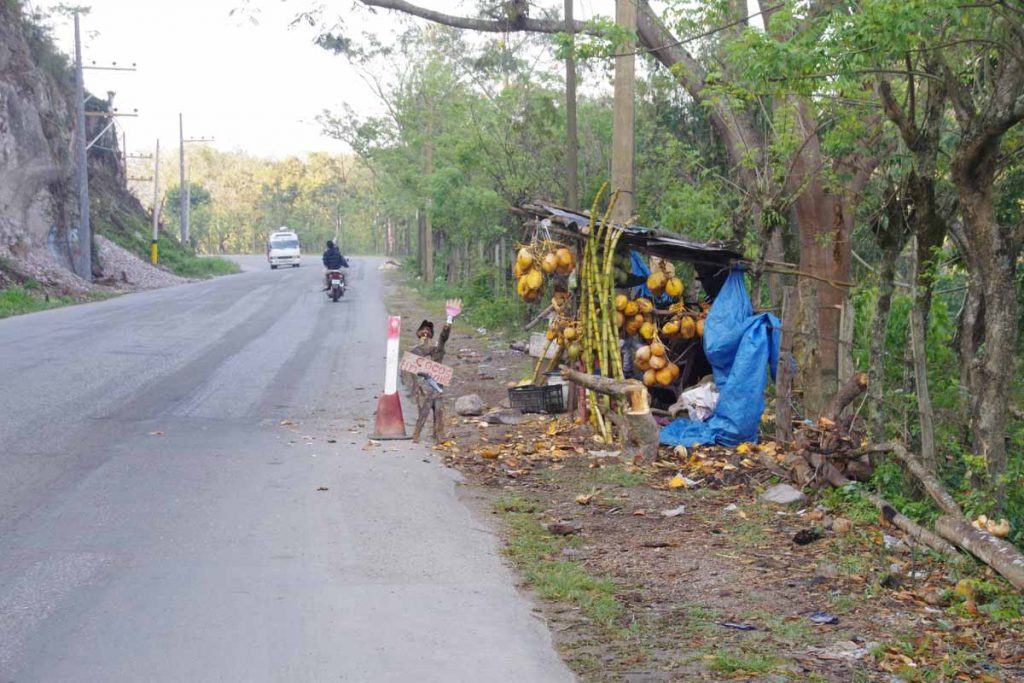 After leaving our road junction we took the main road south. Traffic was not as heavy as I expected. However, occasionally the road would have potholes and bad patches. On our side of the road, you would steer your way past them as best as you could. You also needed to keep an eye out for traffic coming from other side that was swerving to avoid holes. However, with not too heavy traffic and no center line, it worked fine.

Photo above an example of coconut stall found along the way. 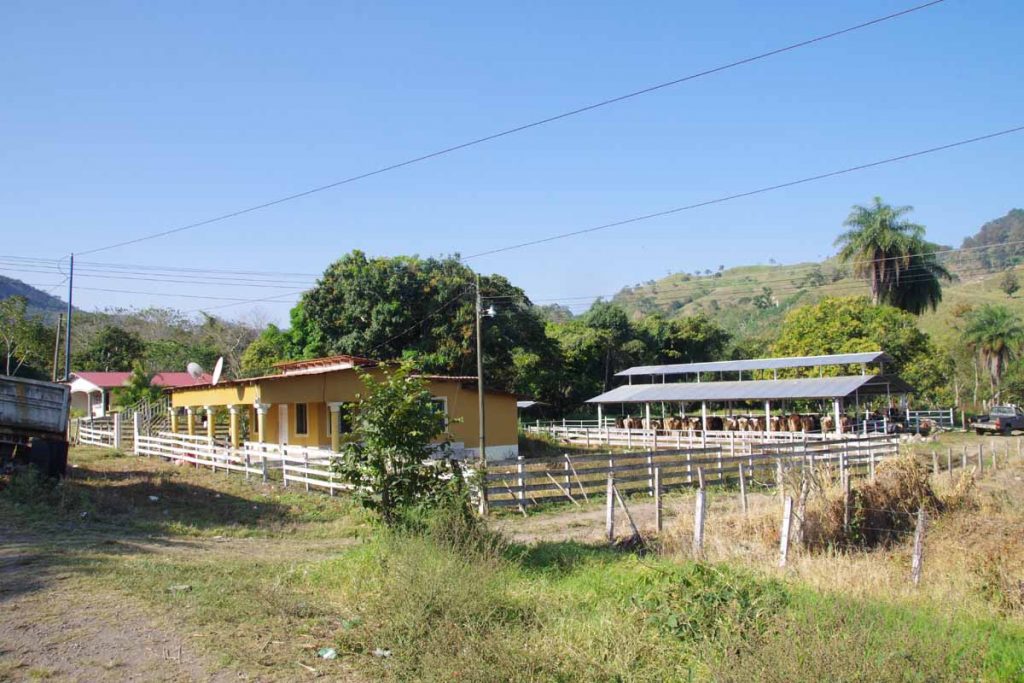 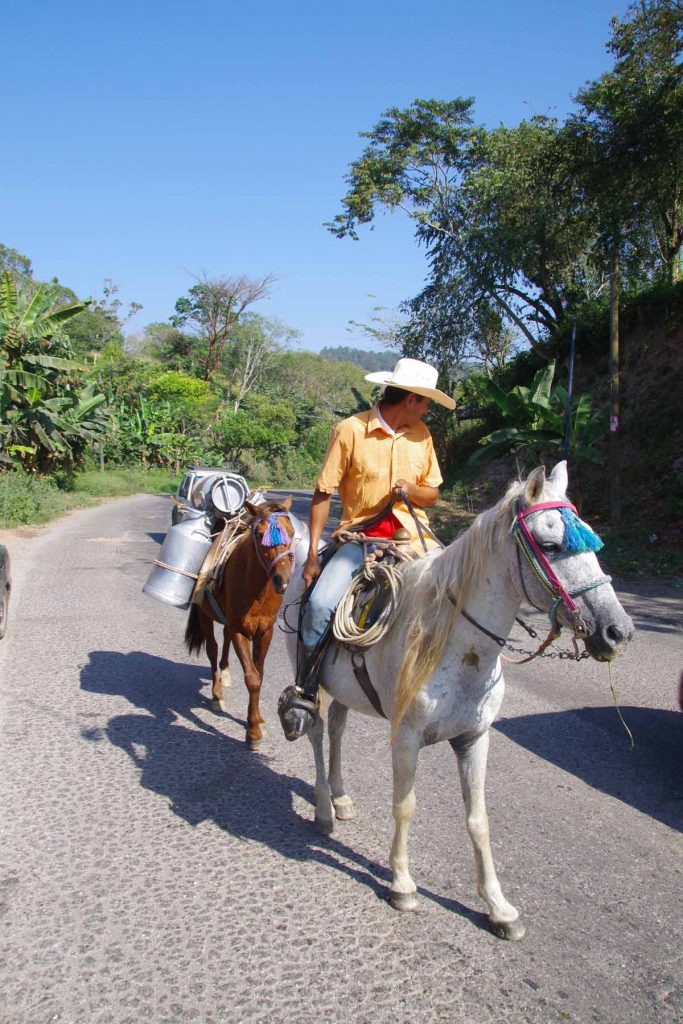 Also the occasional horse as well. The horse behind was being recalcitrant about being led. 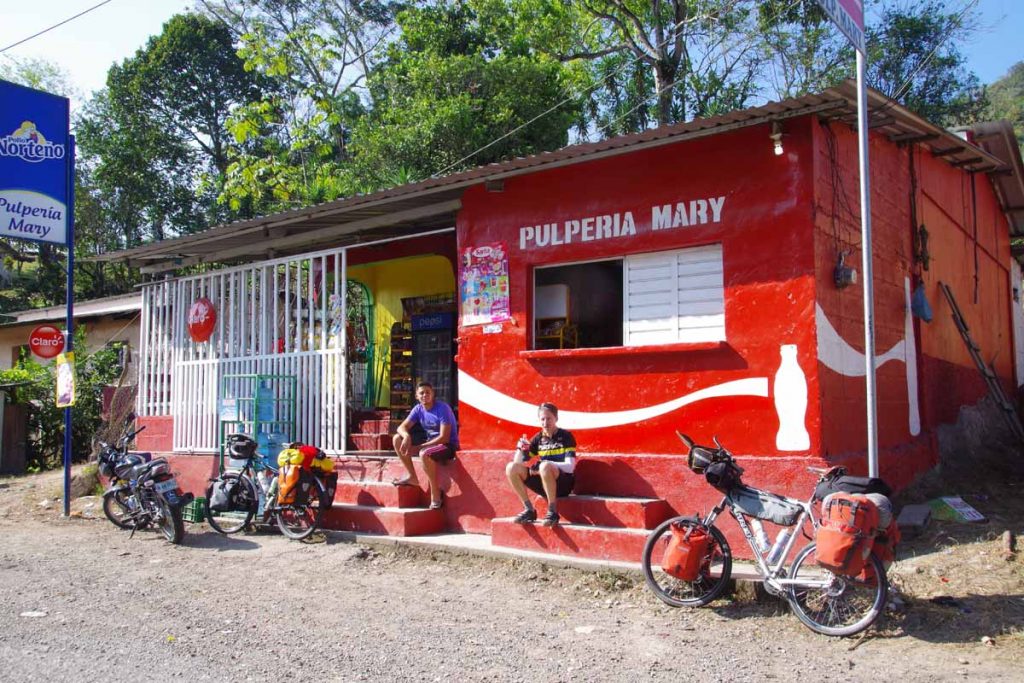 This pulperia was on top of a steep little hill. Nice spot to stop and get a cold drink. 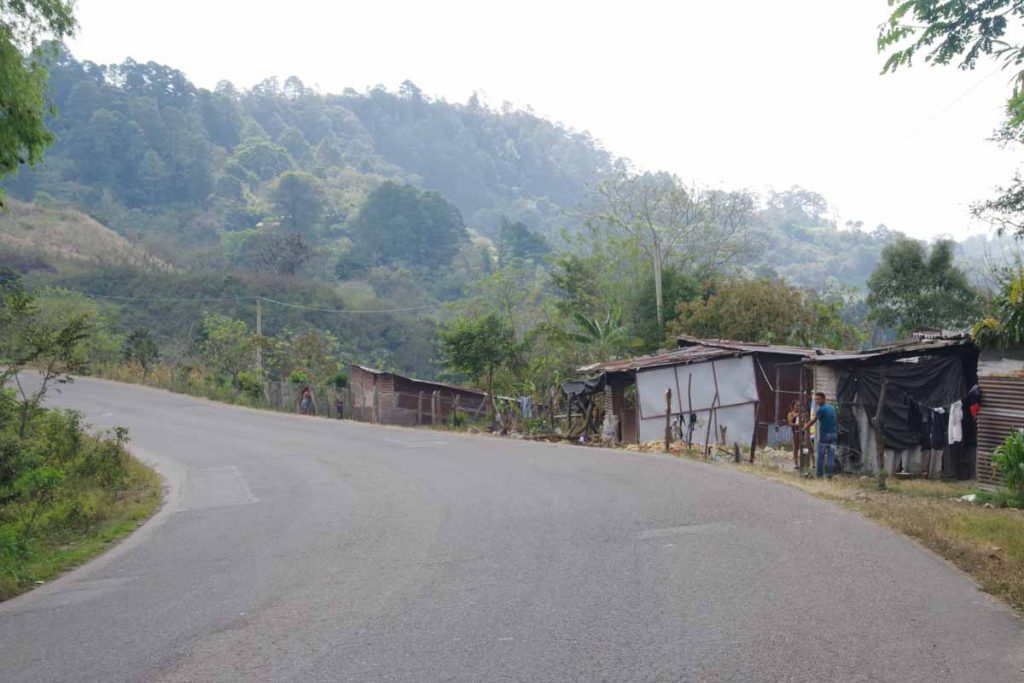 Some of the houses we passed were very basic. Constructed from sheet metal and otherwise pretty simple.

It stayed somewhat cool until 10am and after that it was somewhat warmer. We climbed to high of 900m before descending back to 690m. After that a steep climb over 1000m again. Stopped here and talked with some kids. They explained they attended school on Saturdays and Sundays and hence this is why they weren’t in class on a Thursday.

We found a nice restaurant at a coffee plantation at 31km and had a bit longer break. After that, we came to the T junction leading off to Santa Rosa Copan. There was a hotel here, but no wifi, no shops nearby either. Hence, we headed into town. First two hotels were rather expensive but with some extra hints and clues we were able to find a reasonable one.

Not a huge distance today, but the climbing and particularly the steepness made up for it.
Day Two
Another shorter ride with lots of steep bits. First order of business was to cycle back to our road junction. 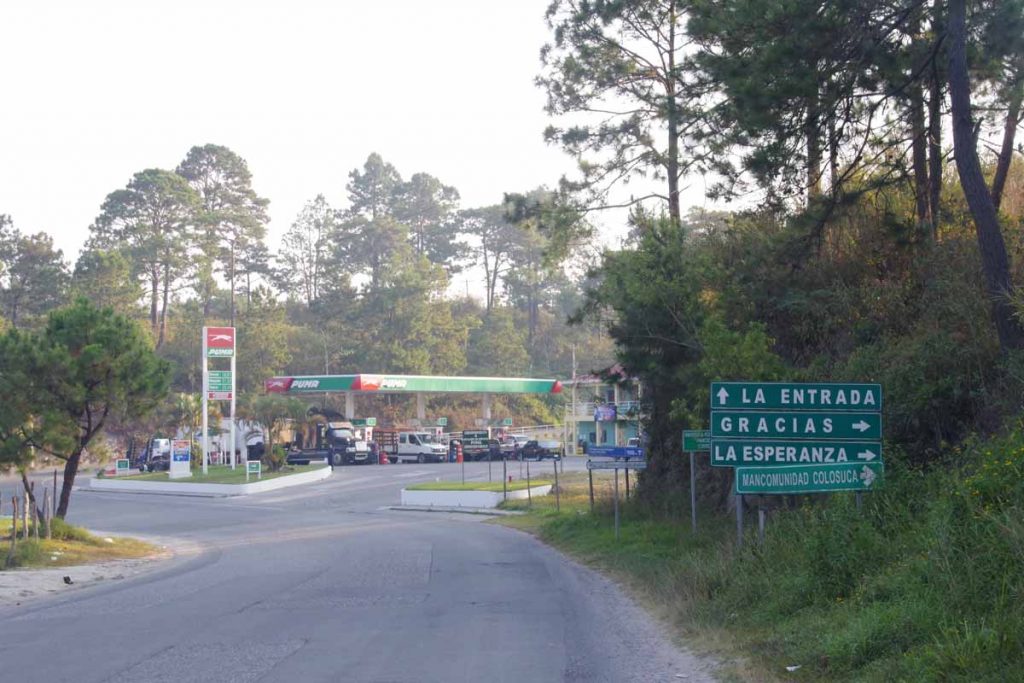 From here a bit more climbing where I could see over Santa Rosa. After this 500m of descent, some of it registering at 12%. The road surface however was good on both the descent and throughout the day. 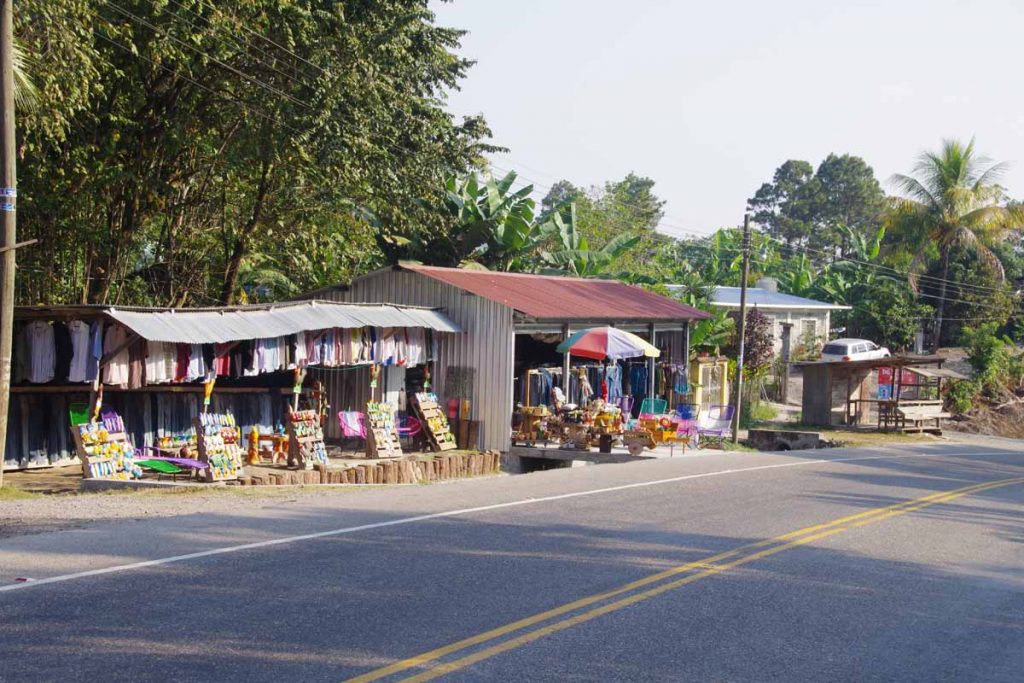 These guys had their wares out today. Once I got to bottom of the hill, the next section sort of followed a river. It would still climb over short hills however. 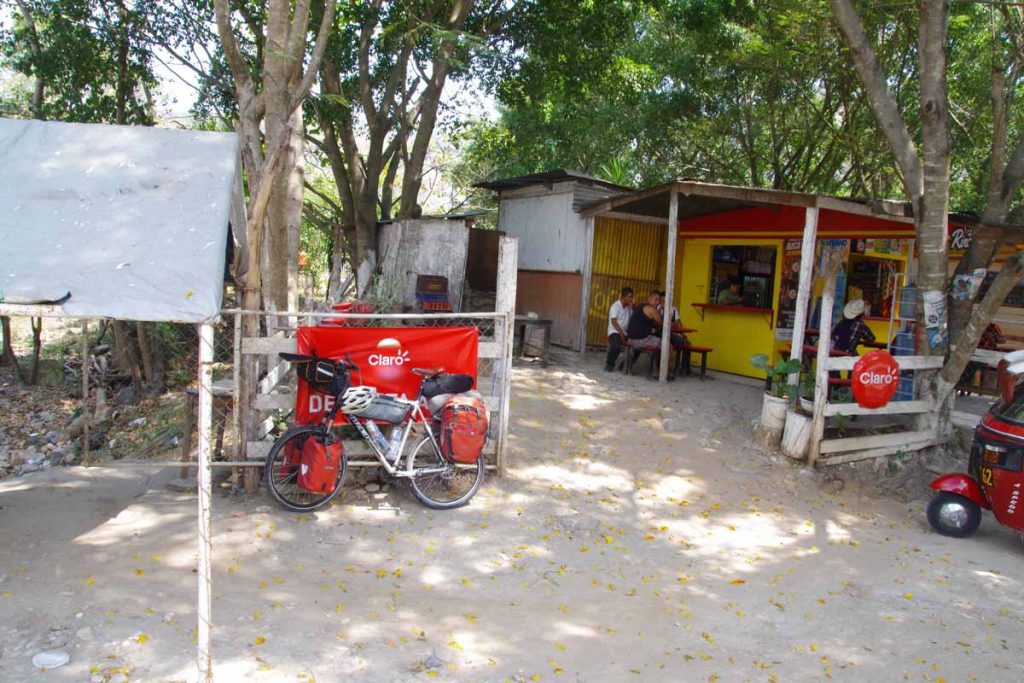 Had a nice little break in the pulperia here next to the river. After this, the next 6km into town was mostly uphill though not extremely steep. 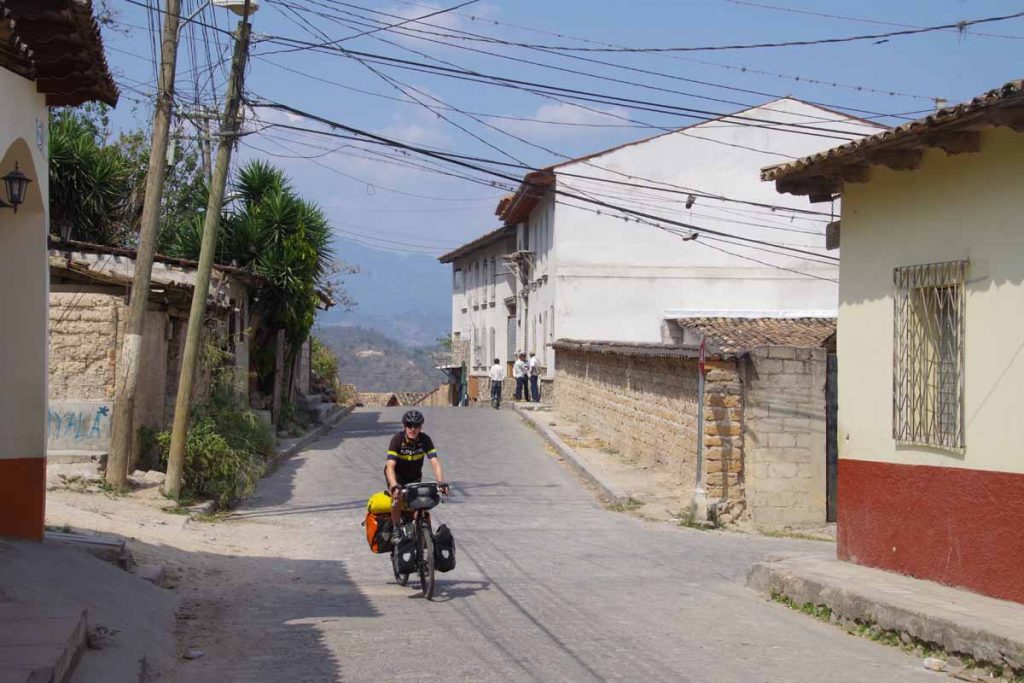 Cobblestones in this town aren’t too bad. A bit of a touristy place, so multiple hotels to choose from. Hotels in Honduras all seem to request a passport number as part of the registration.

Another difference I’ve noticed with Guatemala is there are local buses, but they aren’t quite as flamboyant as the chicken buses in Guatemala.

It was nice to get in not too late in the afternoon and avoid more of the hot hours of the day.