Today was a shorter ride, though still with 945m of climb. Next town with hotel after this is another hilly climb, so we decided to break it into two days riding. 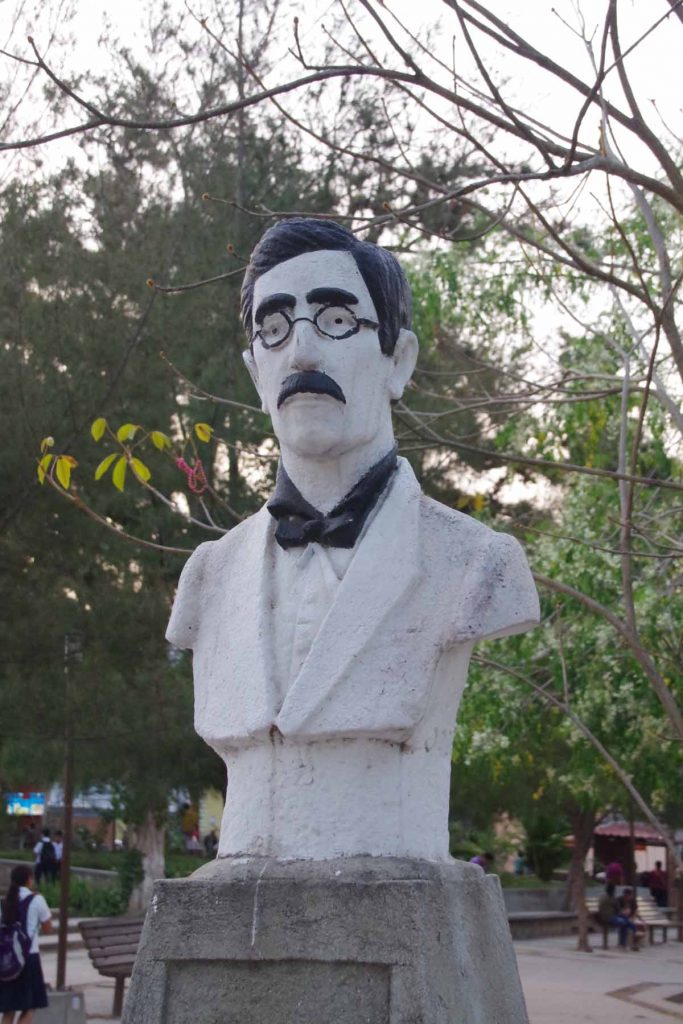 Restful day in Gracias yesterday. Not quite sure who this is, but his statue was displayed in the park. A few blocks north of the park was a nice pizza restaurant. Otherwise some small comedors, two groceries, a fruit stand, a bakery and we had everything we needed. 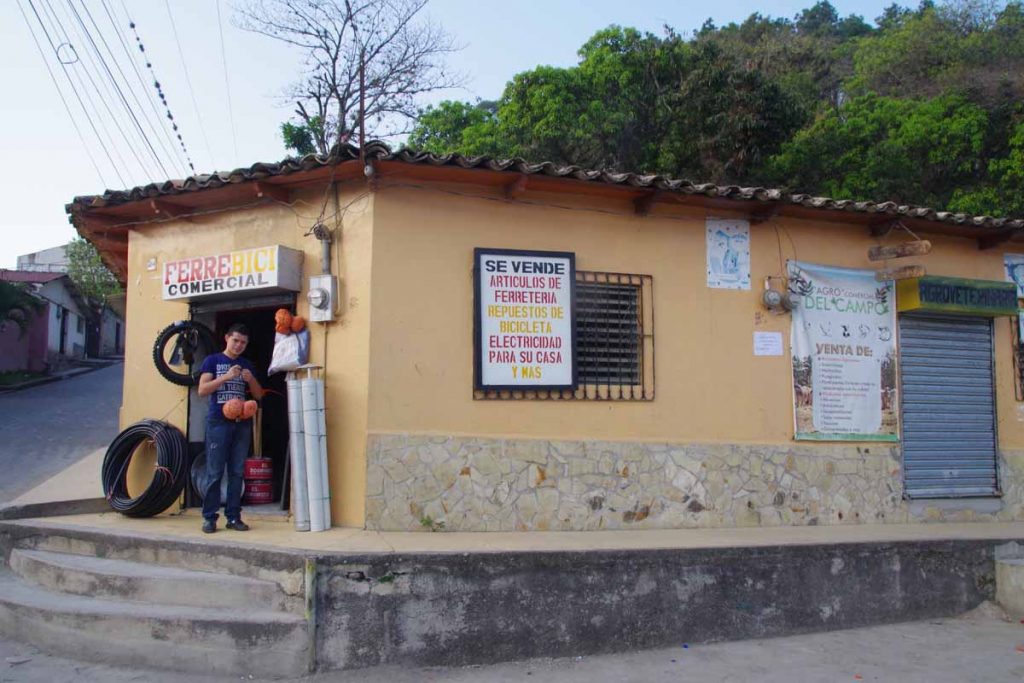 This morning back on the road. Shop above sells hardware items, bicycle parts as well as electrical items. 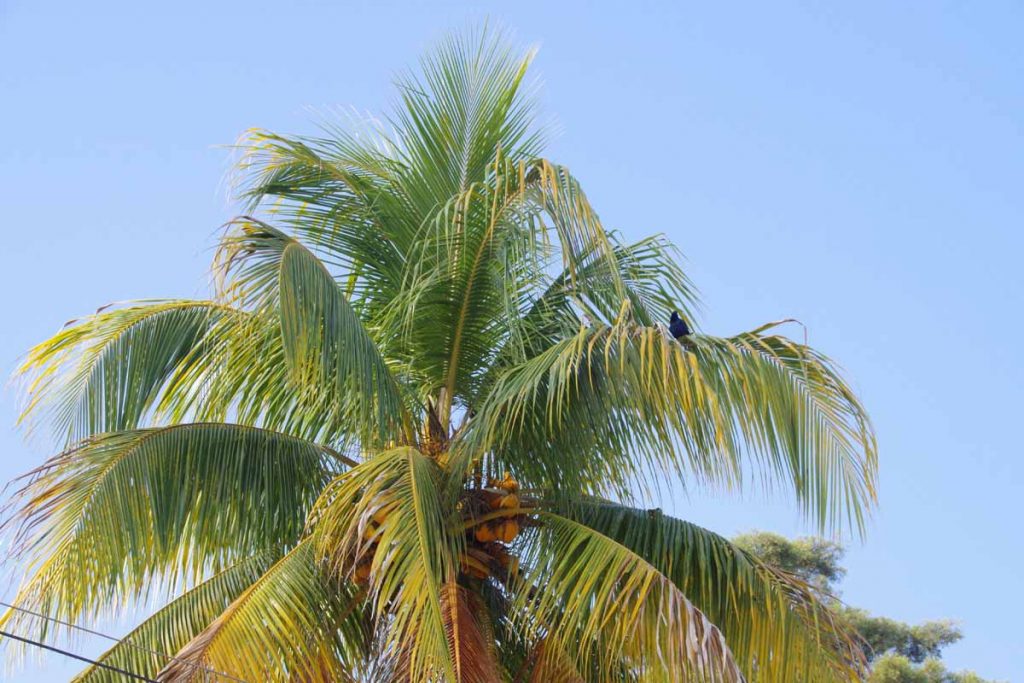 We started in an area with more palm trees, but today climbed more into pine forests again. We’re also seeing more birds like this one around in the area. Our route today didn’t have many flat bits and we started with a slight uphill and then good descent. After that the longest climb was 300m. The grade was fairly consistently between 7% and 10% but fortunately still cool. 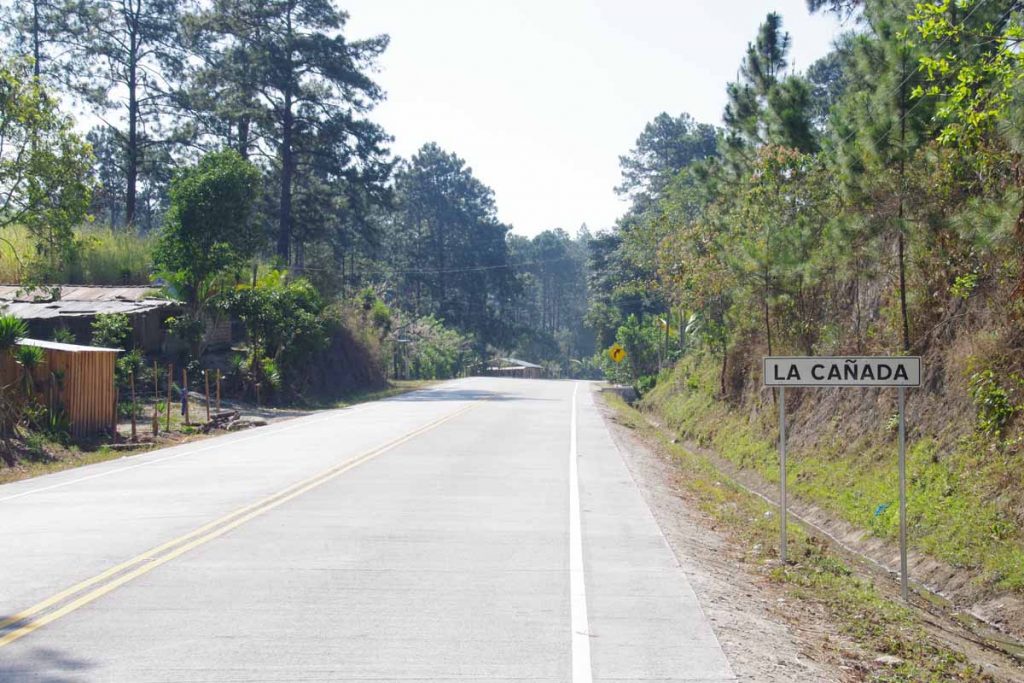 Not far past the top was village of Cañada. 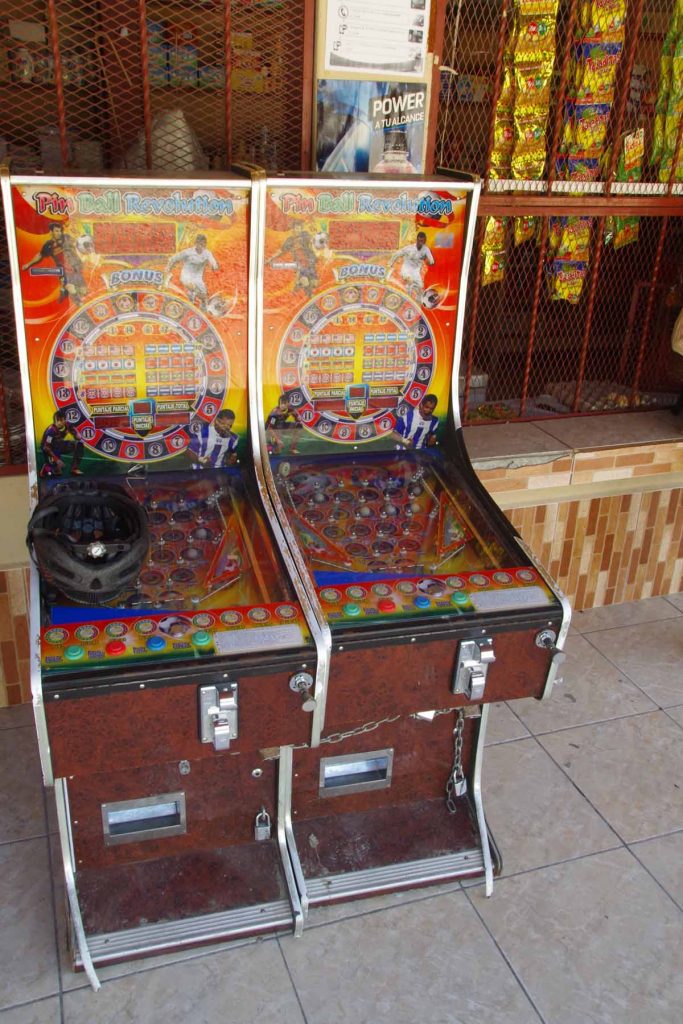 We’ve seen more arcade games in Central America such as this soccer oriented pinball game. This was at a rather large store at 18km. The pinball machines weren’t on and several kids were in the area with their smart phones. Apparently, this is one spot where the wifi signal was free (but password protected) and hence a good spot to hang out.

After this our second longer climb of the day. The grades weren’t as steep, but it was warmer than the first climb. On the way up, a car passed and someone handed out a sealed bag with cool water. Thanks! That definitely helped. Top of this hill was near 30km. 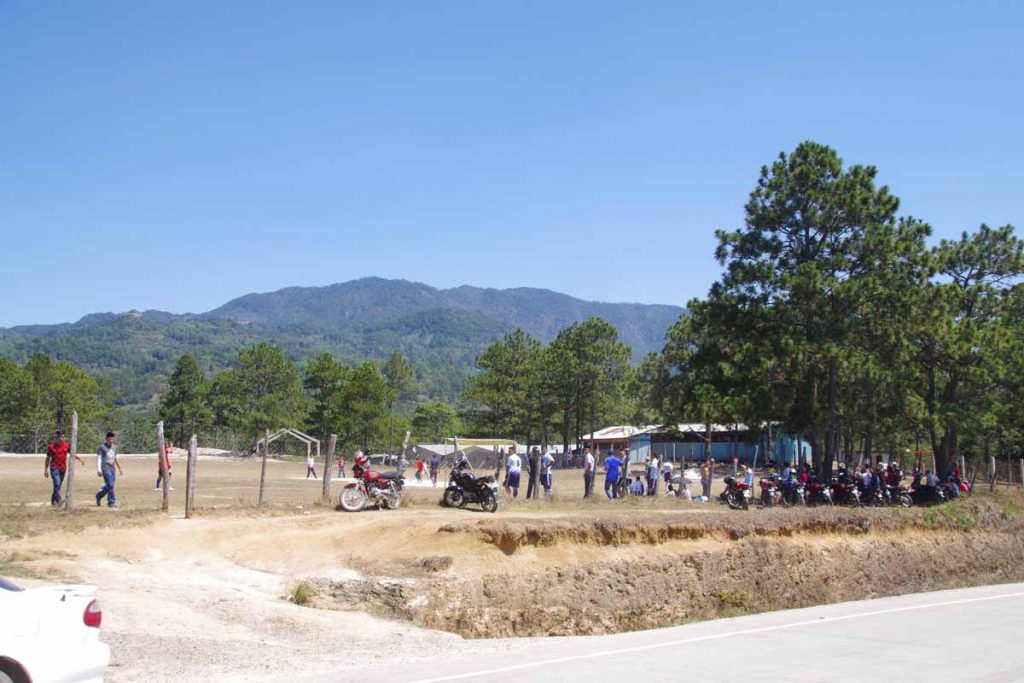 After that it was more level or even slightly downhill. We passed these soccer players on for a Sunday game. Seemed like a fairly serious group as they also had uniforms.

The last few kilometers weren’t difficult and as we made our way into village of San Juan. This is a smaller place than we’ve stayed last few days, but still has enough of what we need. Otherwise a not too difficult day and good spot to take it easy before tackling the next part of our climb tomorrow.