Our route through Central America has many ups and downs. Today was mostly up, 1285m (4215 feet) to be precise. We also had ~1067m (3502 feet) of downhill so ended up at 1710m elevation. We have picked this route partially because it stays higher and hence is cooler than the flatter more lowland routes along the coast. 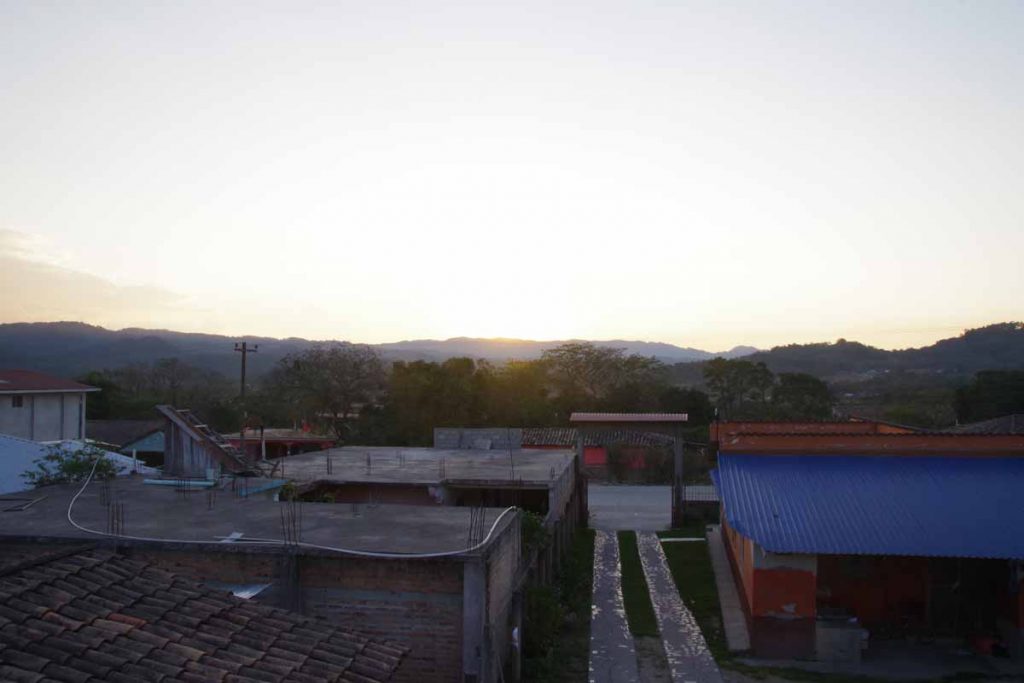 Just after sunset last night. It gets pretty dark out in these villages. Without much light pollution one sees a full complement of stars. 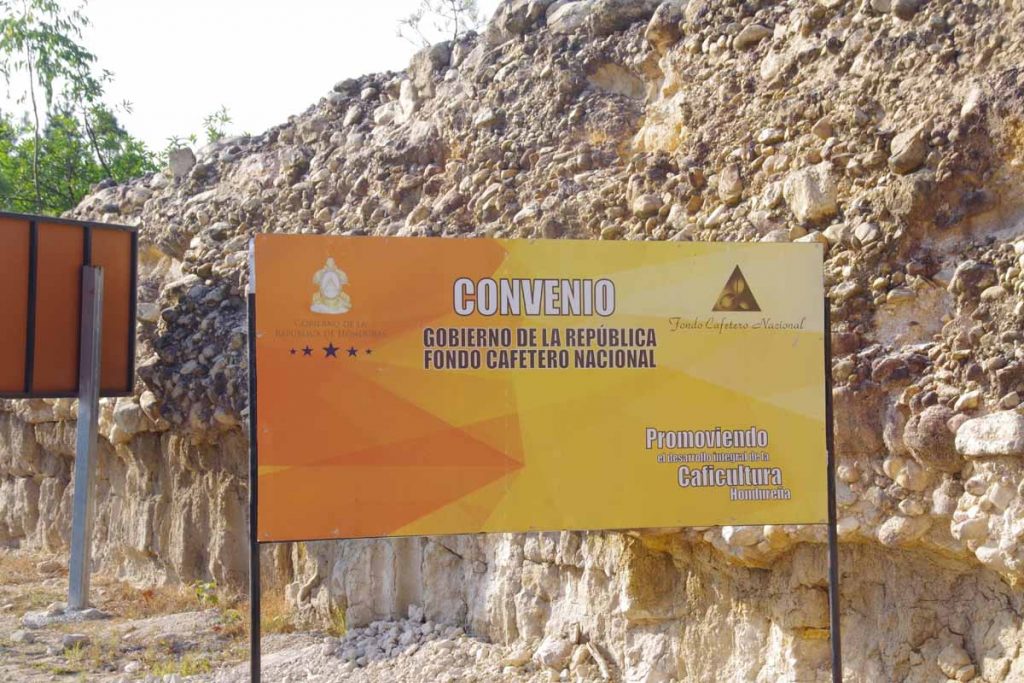 Today we were on a coffee route. I was out a little before David and agreed we’d meet up after “the big climb”. It was still nice and cool, though it didn’t really get hot at all today. 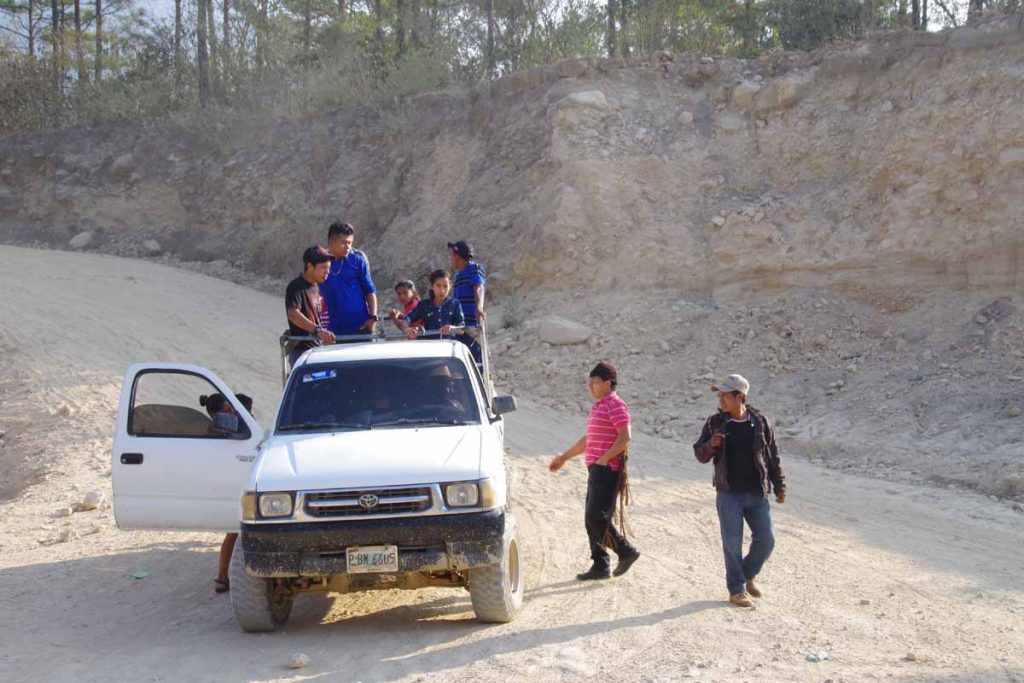 Locals like riding with many people in backs of pickups. I’ve seen quite a few more than this, but typically too late to get a photo. Sometimes with all these folks riding loosely in back of pickups, motorcyclists without helmets and steep winding roads, it seems surprising there aren’t more accidents. However, suspect a side effect is people also watching out on the roads a bit more. 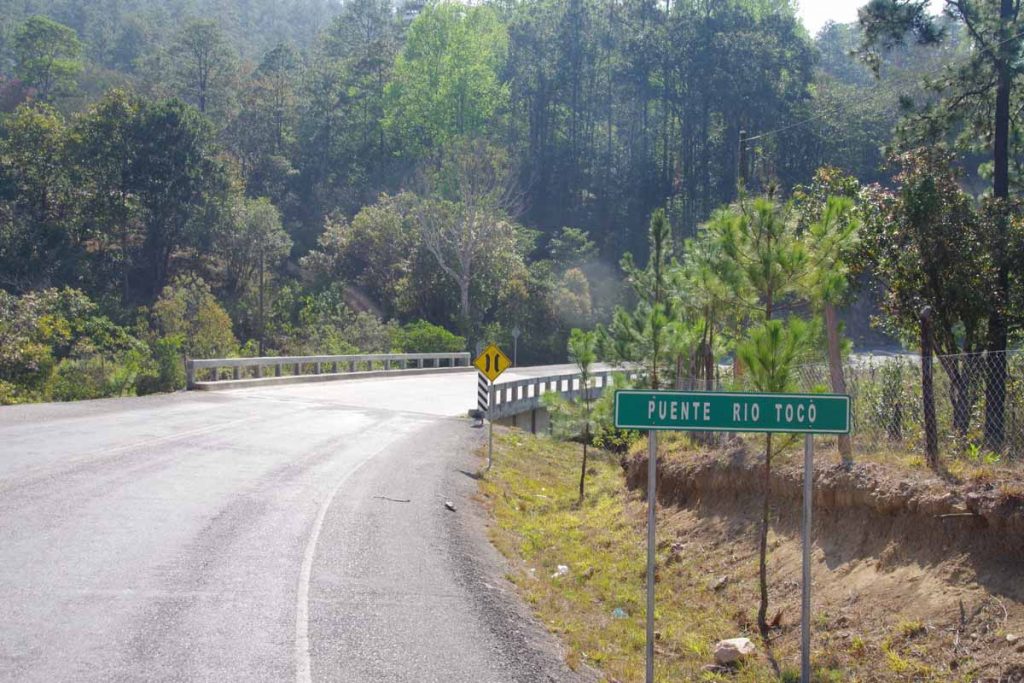 At 19km, Rio Tico was the start of a 580m (1800ft) climb. This wasn’t as bad as I expected with only short sections reaching 10% and much more gentle grades. 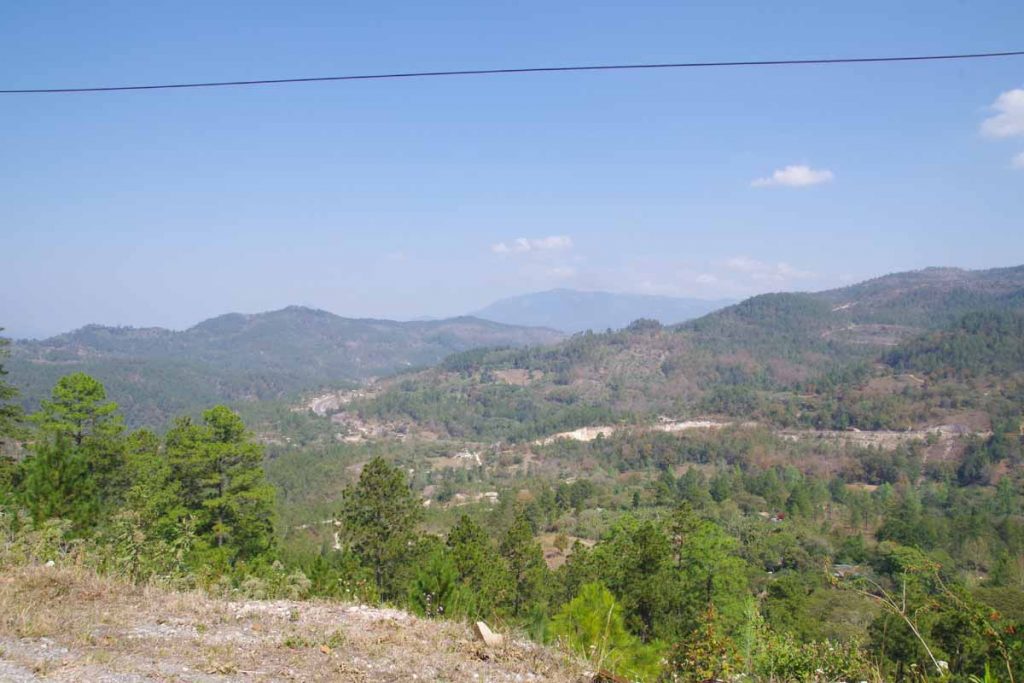 One started to get some nice views during the climb. This area is know as part of the Lenca Highlands after indigenous group that lives here. 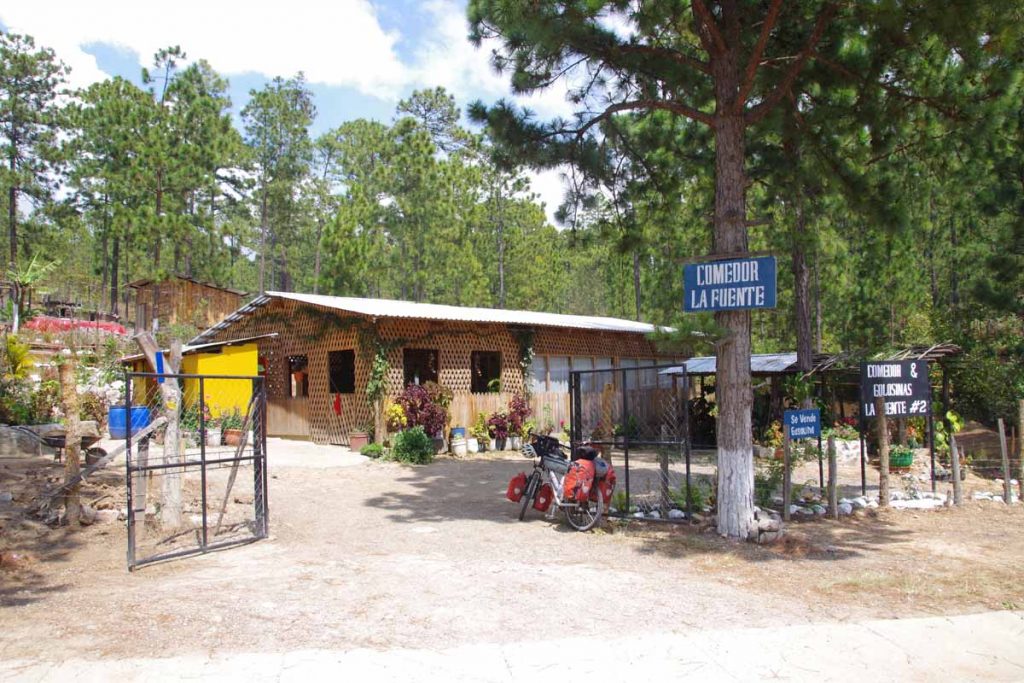 At 30km, I reached the top (hooray!). A few kilometers later, I found this comedor. Ordered something and relaxed. Some time later David arrived. After this still some hills but not long sustained climbs. 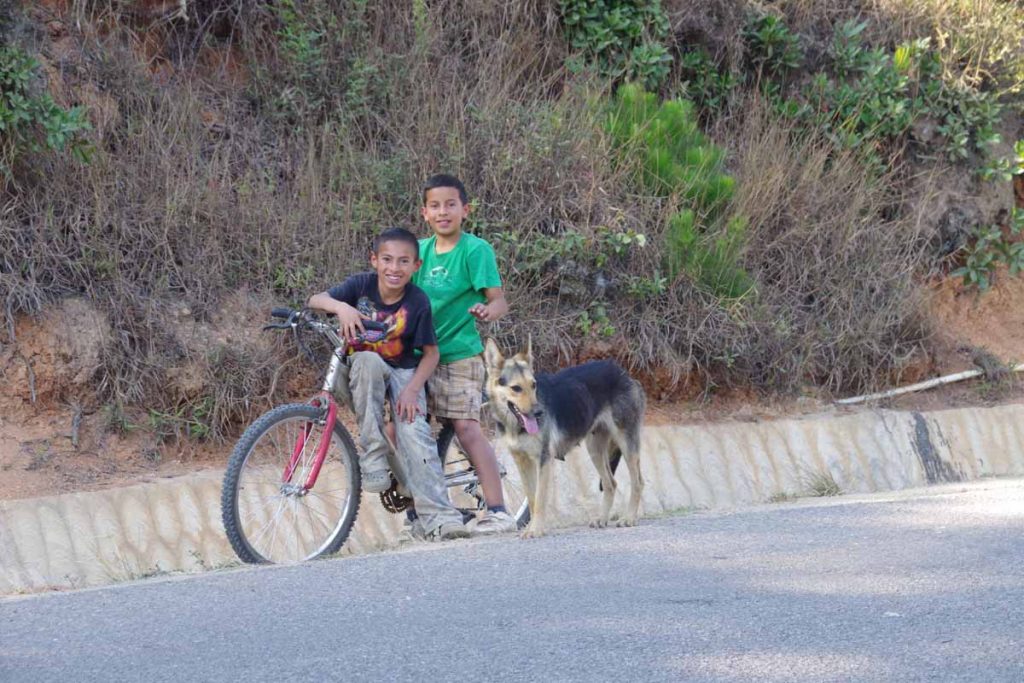 Met these kids and their dog along the way. 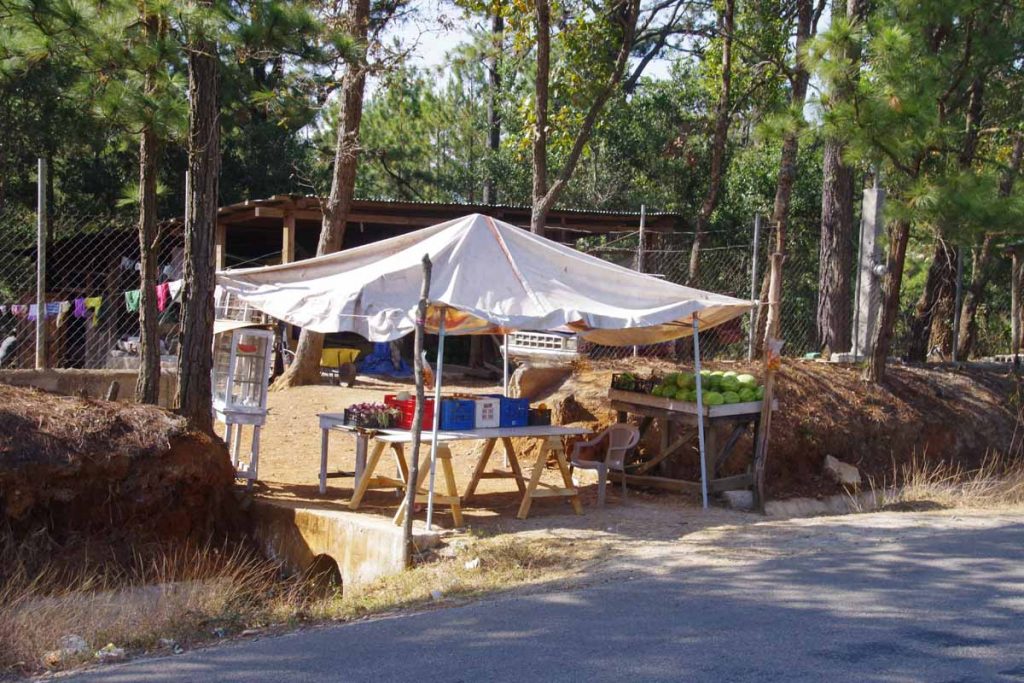 Local fruit stand. Overall, fewer comedors and pulperias than previous days, but enough to get by. 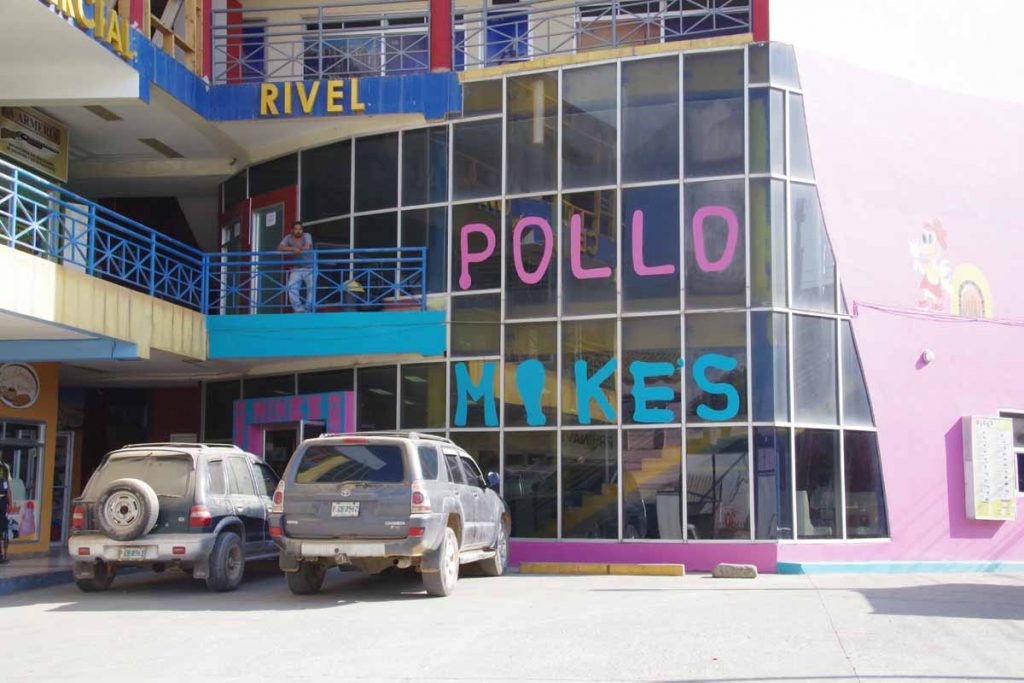 In La Esperanza, I had to get a photo of the “Pollo Mikes” shop.

We’re now likely at a high point in Honduras. Still a lot of climb/descent to go but don’t expect to be higher than this elevation overnight.