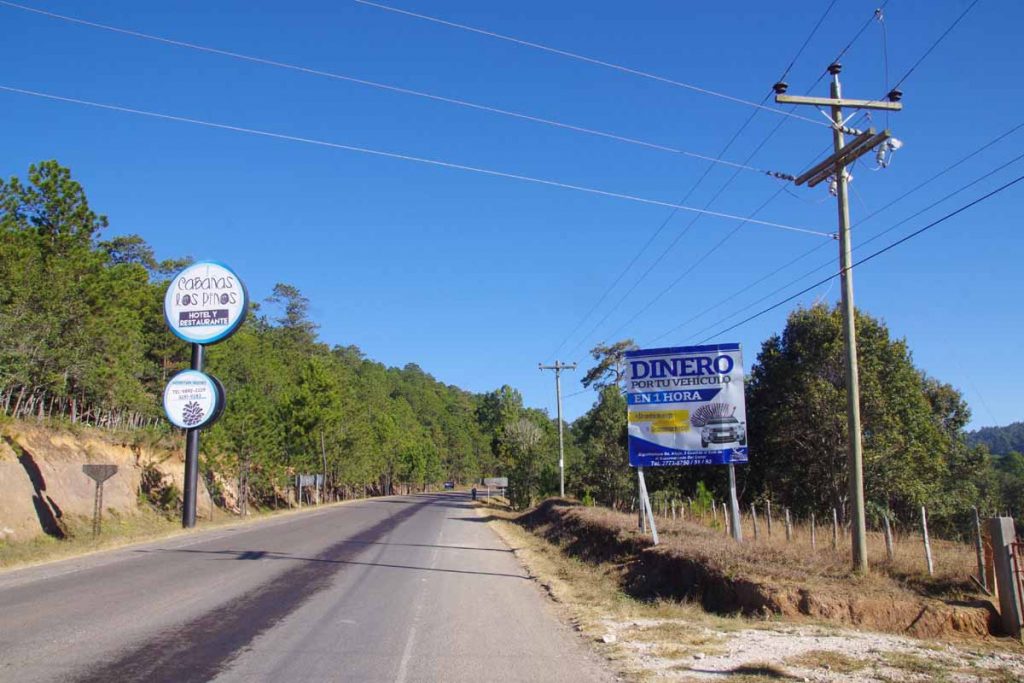 I was on the road a little after 7:30am. Went earlier than David, partially because I knew there was a lot of descent and I expected to be slower. It was cooler (~15C or 59F) at elevation and skies were clear. We had a little bit of climb the first 8.5km. 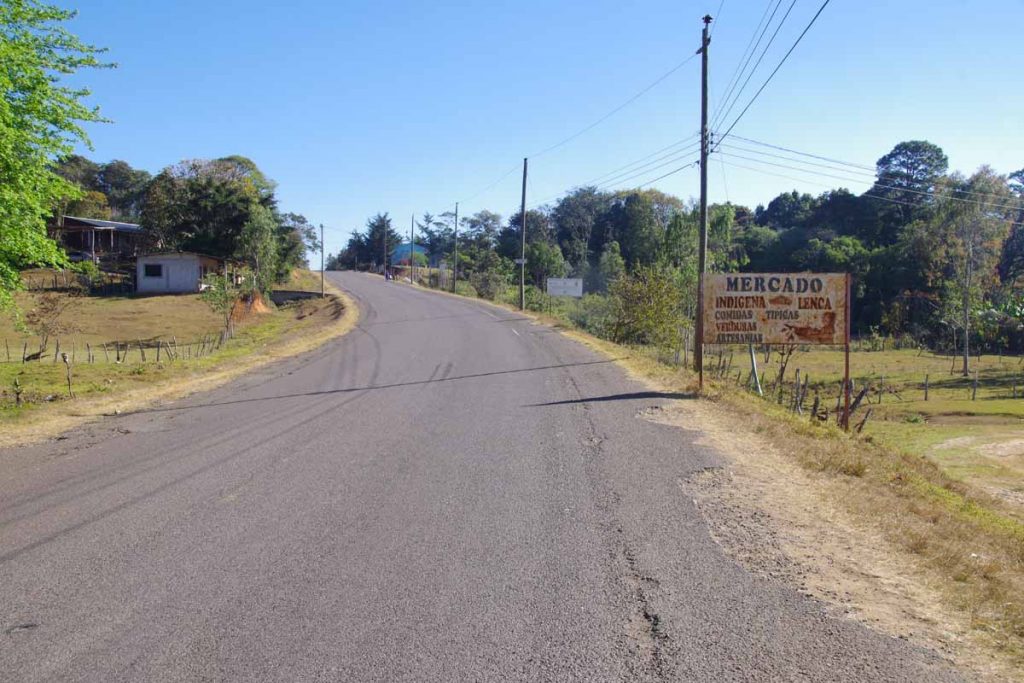 We passed a few more signs related to the Lenca Highlands. After this we had more than 30km of downhill. The road was occasionally rough but the grades were rarely more than 8%. As I descended, I left the pine forests behind and it felt noticeably warmer. 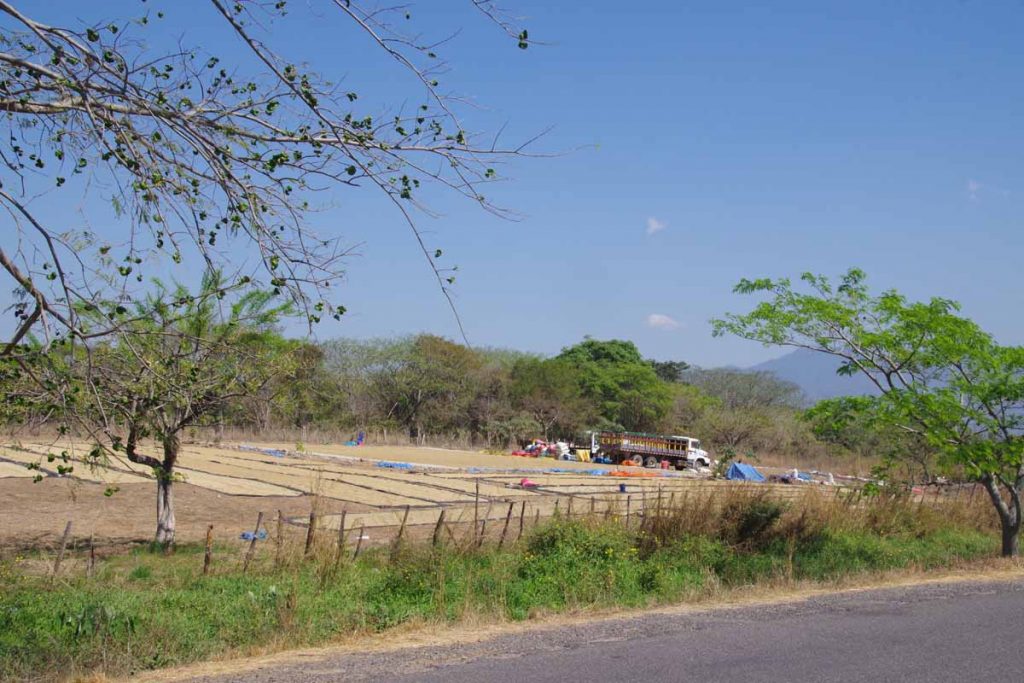 Near the bottom, some coffee out to dry. 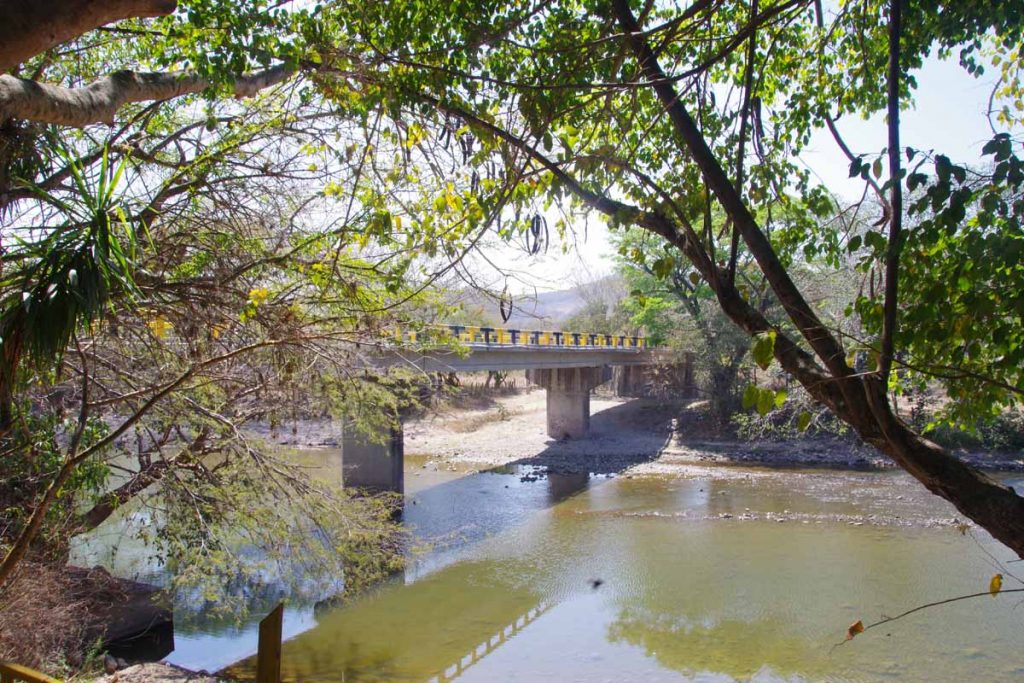 This bridge over the river was pretty much the low spot. I found a comedor on the other side in the shade. Perhaps 15 minutes later David came along and so we could eat a snack and prepare for the climbs to come.

By now it was over 30C (86F) and warm. We had a short 3.5km of level before an 800m climb coming up. Again, this climb was rarely more than 8% but it was otherwise long. A little ways up the climb we had a nice comedor to eat lunch. 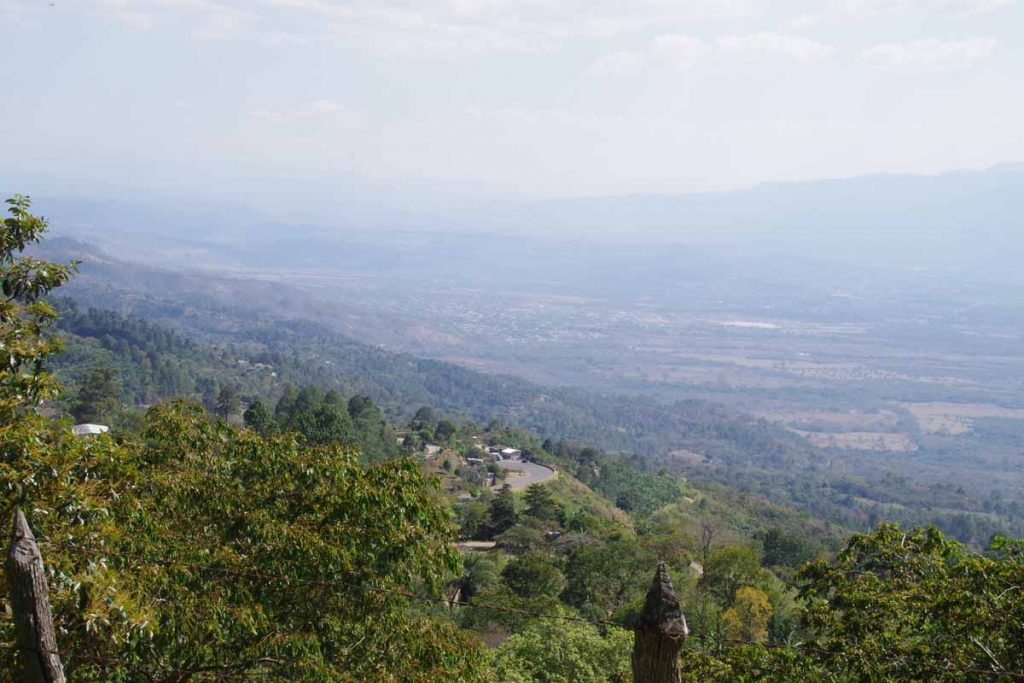 This photo taken more than half way up the climb, looking back on the town in the bottom. Traffic was fortunately light and as we climbed, it also became cooler. Crested over the top and then finished the day with more descent into Siguatepeque where we joined the major highway leading to Tegucigalpa. It was now nearly 5pm, so we had a full day of riding. The hotel looked a little fancier than some places we have stayed, but overall was less than an average US hotel so not to quibble too much. 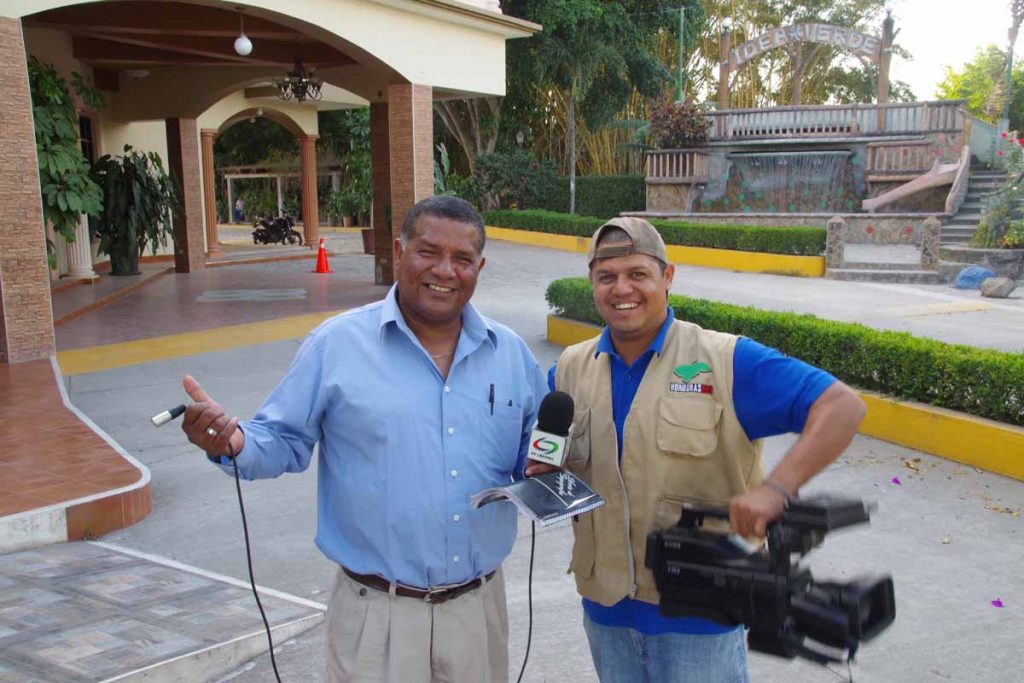 In the parking lot were was a TV reporter and camera man. The saw the loaded bikes and came over for an interview. Consider this an oral exam of my Spanish language abilities. Fortunately, the questions were all related to the bicycle riding, so mostly things I’ve answered before. Was still interesting though.