Its raining, its pouring.The old man is snoringWent to bed and bumped his head,and didn’t wake up until morning.

Except for the head bump, that could have been written about last night. 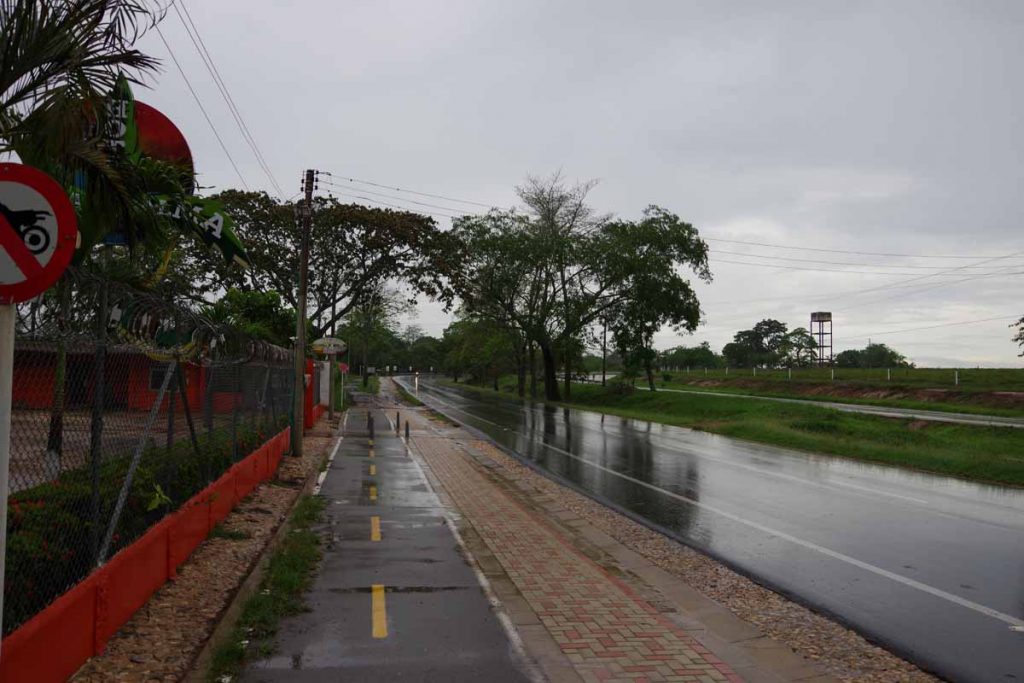 Thunder and heavy rain last night. Looked out once and saw a toad hopping along in the pouring rain. It was down to light rain when I started and within an hour it had stopped. I passed several spots where it looked like tree limbs had been knocked down from the storm. April and May are raining season in Colombia, so not completely unexpected.

As shown above, there as a short stretch of separate bike lane. After that two lane highway until La Ye at 14km and then single lane after that. Overall, a nice ride with gently rolling hills. 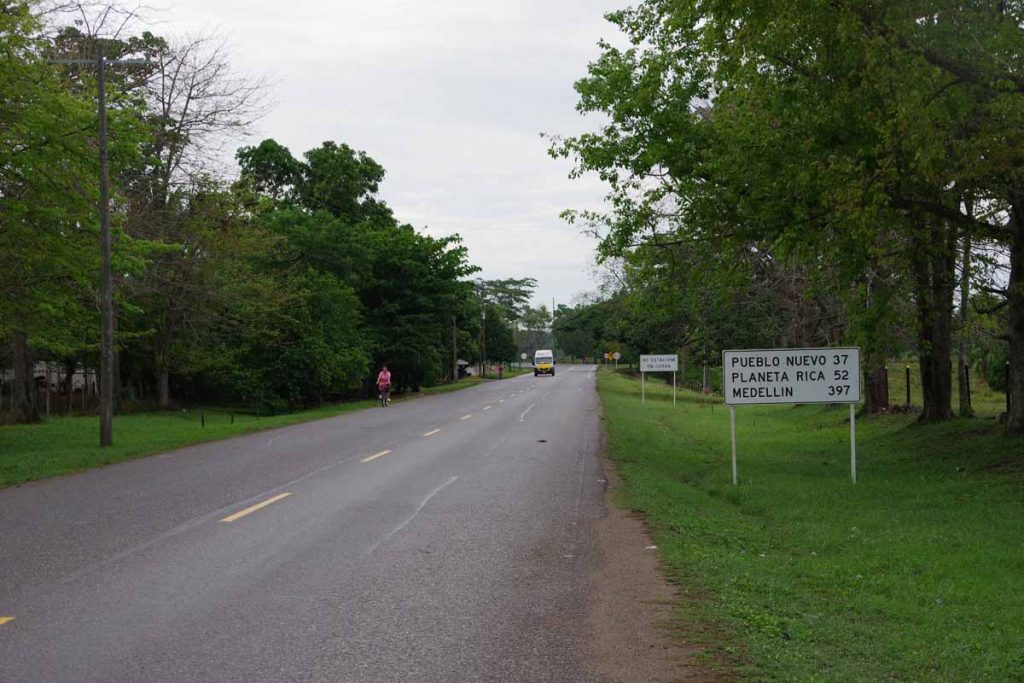 Showing some of the single road. 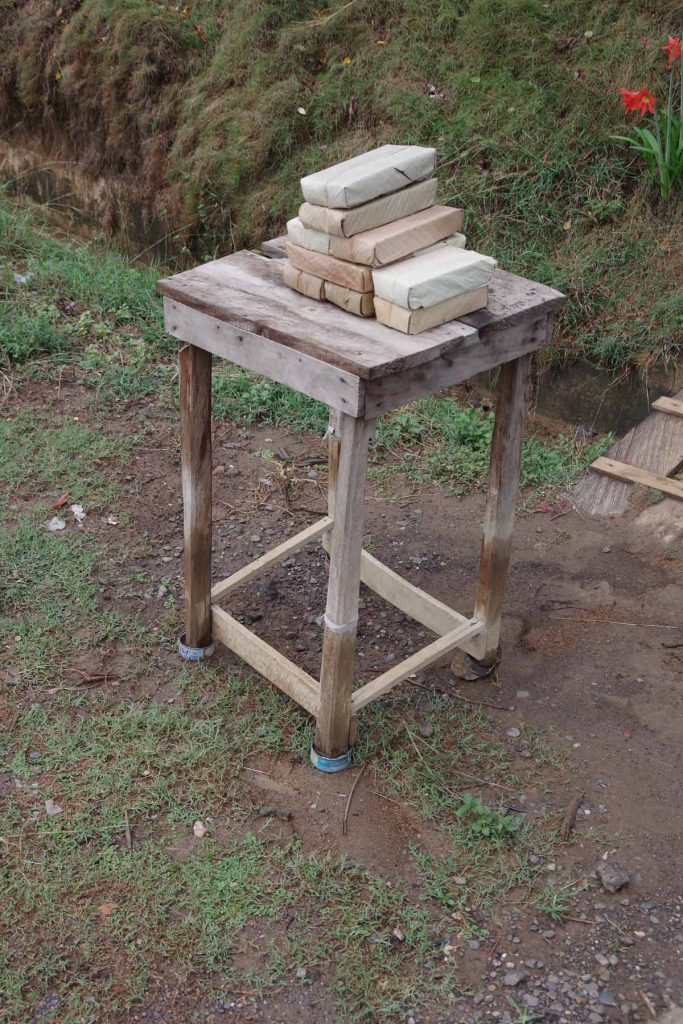 In one of the towns many houses had these little bricks out for sale out front. 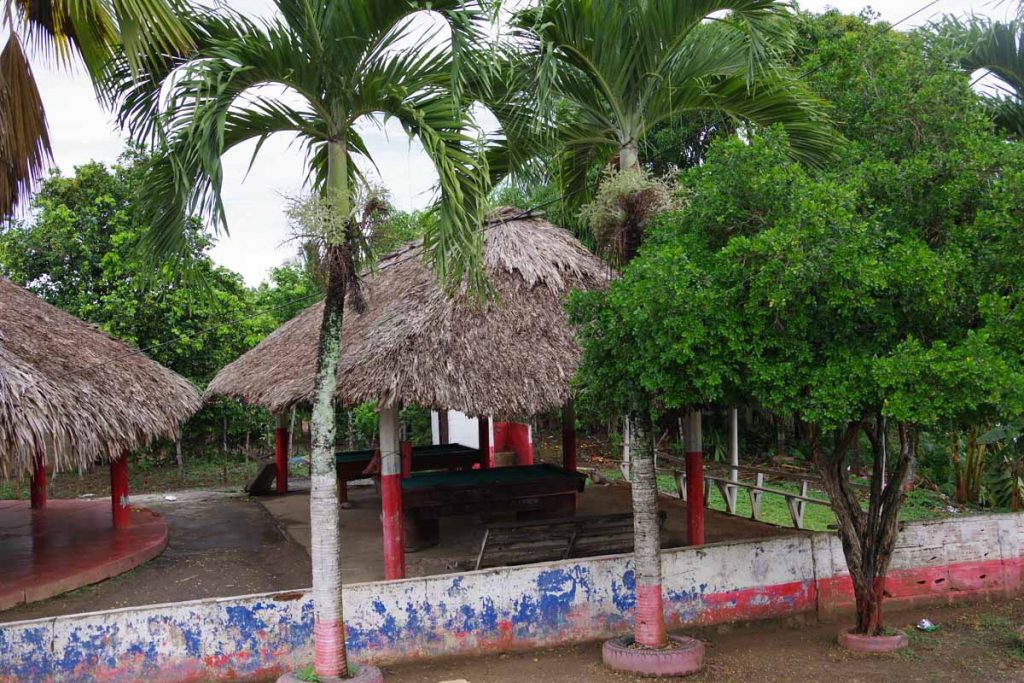 This is a pool hall. I’ve passed these in multiple smaller villages along the way. 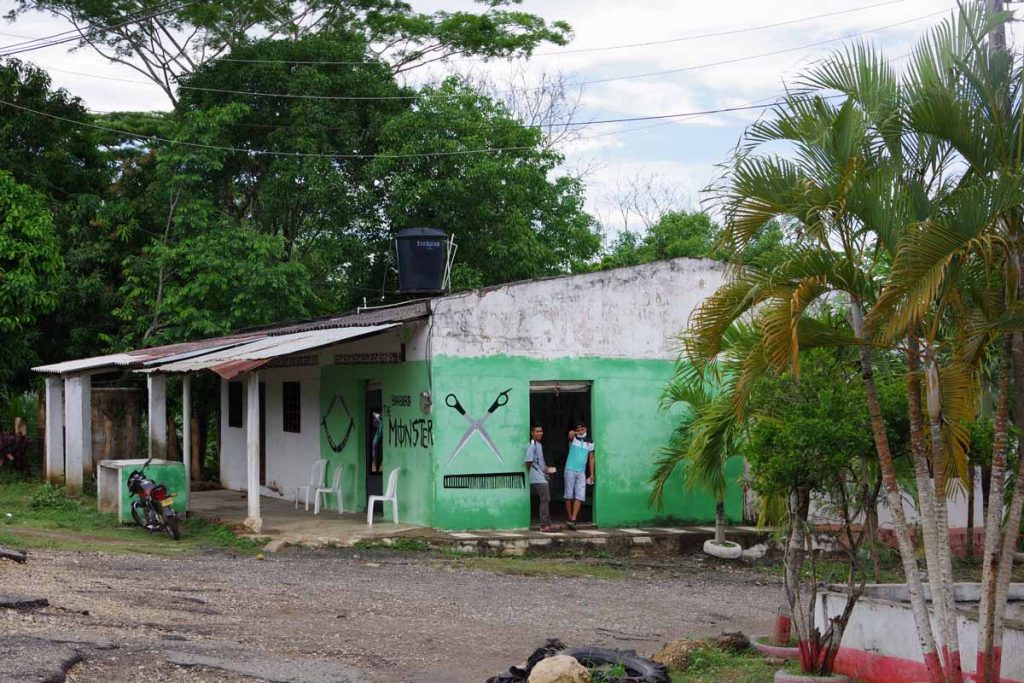 These guys are ready to give monster haircuts. 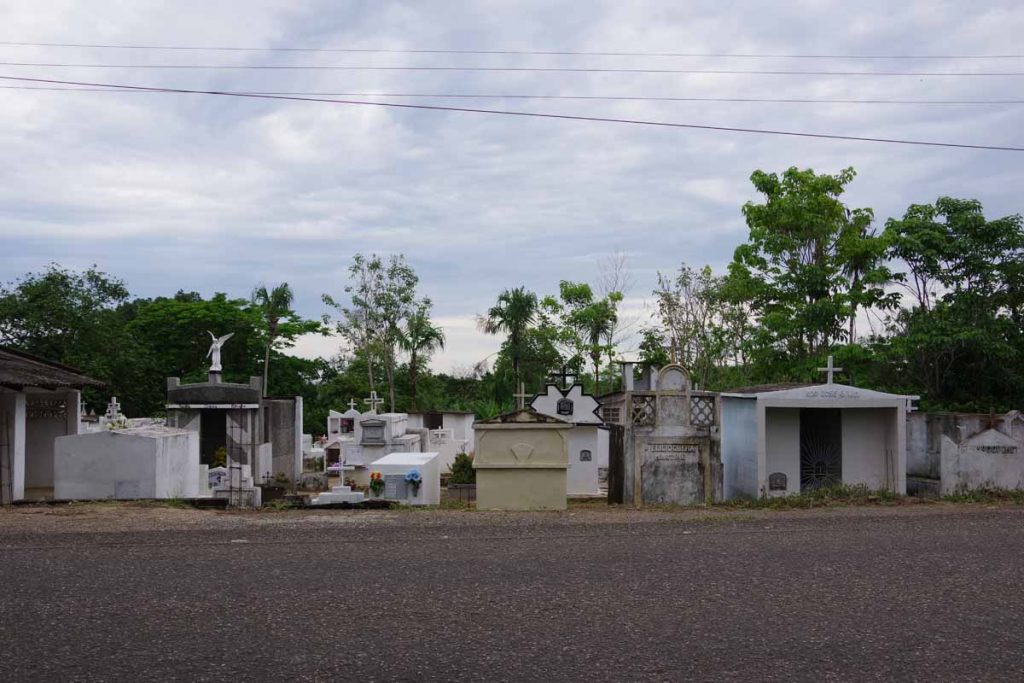 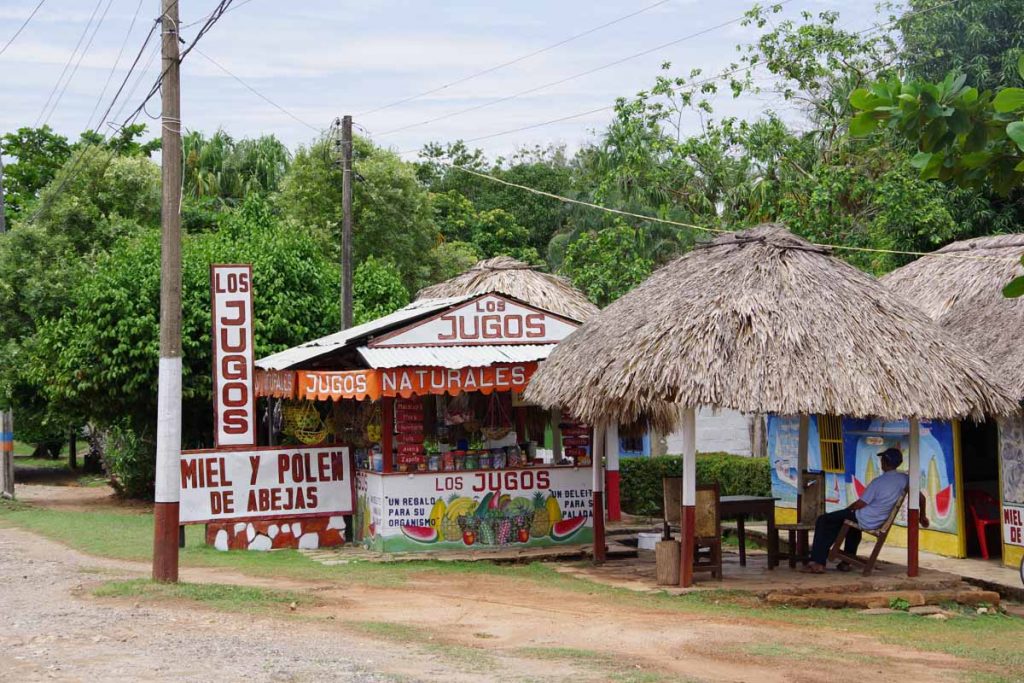 Overall was a good ride, though since I wasn’t near a store yesterday I hadn’t had much breakfast. I did stop at a small restaurant at 30km to recharge. Overall, it also stayed somewhat cooler today, perhaps the rains had helped keep things cooler. 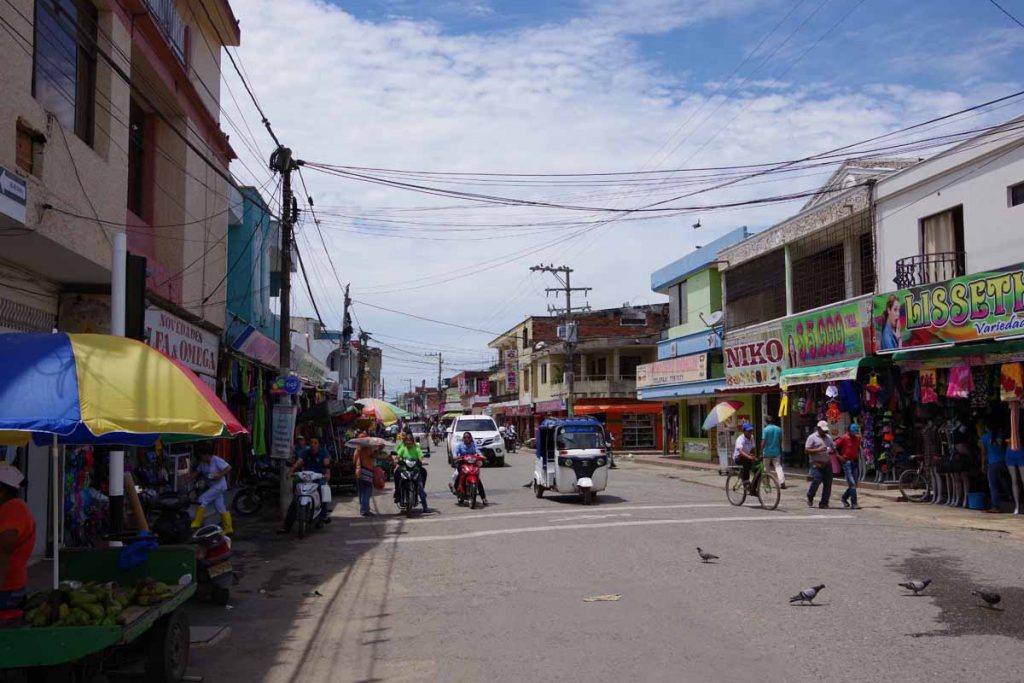 At 66km, I came into town of Planeta Rica. Cycled all the way through it before circling back and finding a reasonable hotel. In Central America occasional bibles found in hotel rooms were Spanish and English New Testaments. Here in Colombia, I haven’t seen many, but they appear to be Spanish only.

Nice to wander around town. 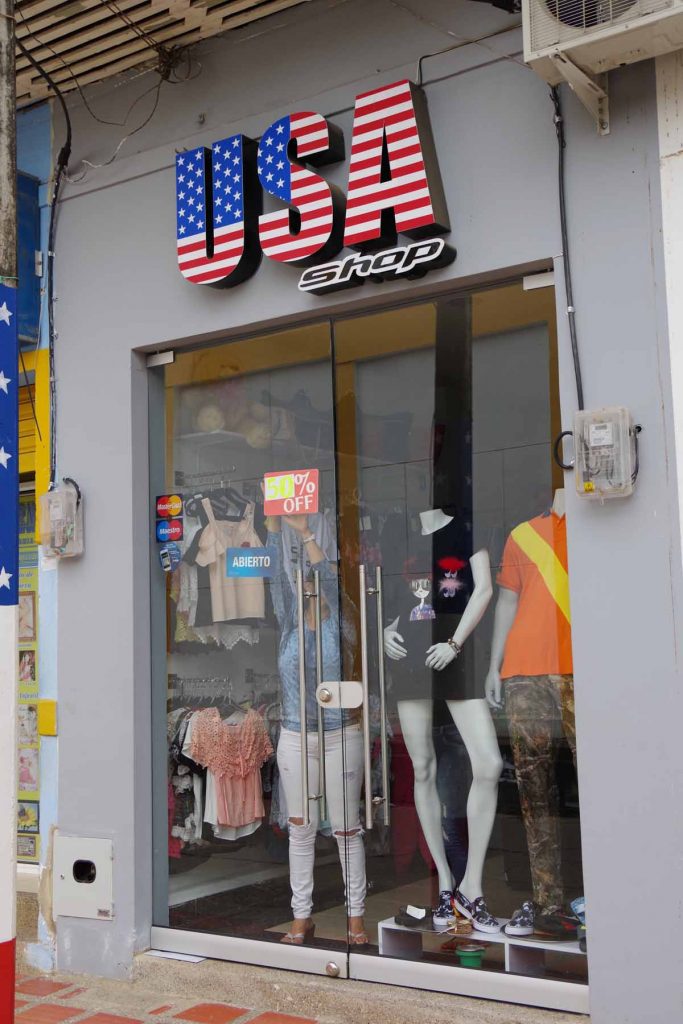 There is a USA clothing shop. 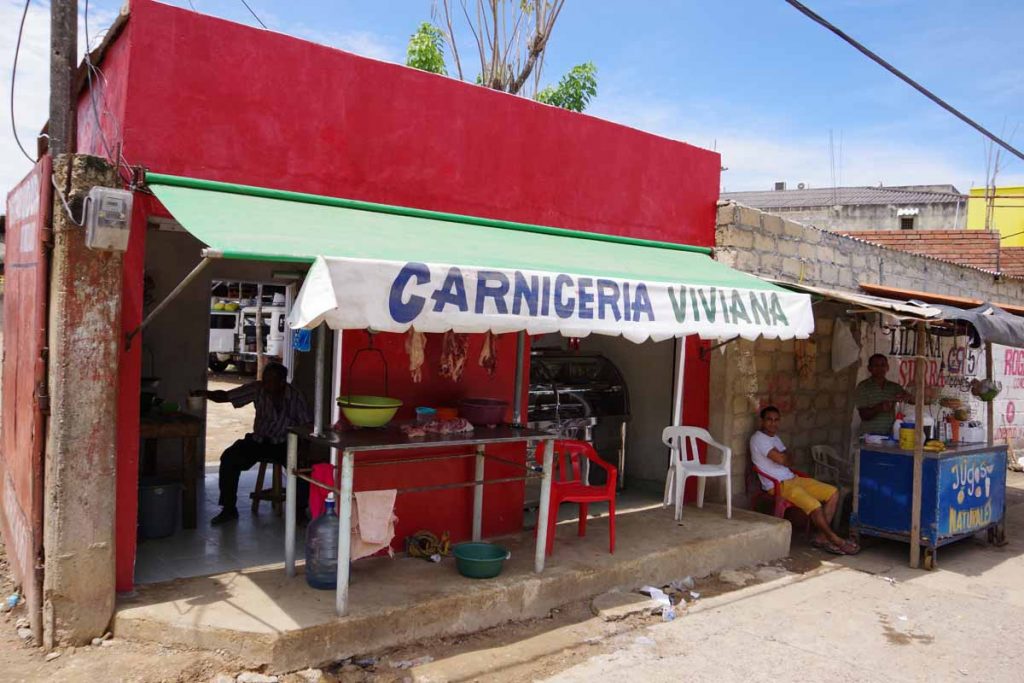 Butcher shop with meat hanging out in front. 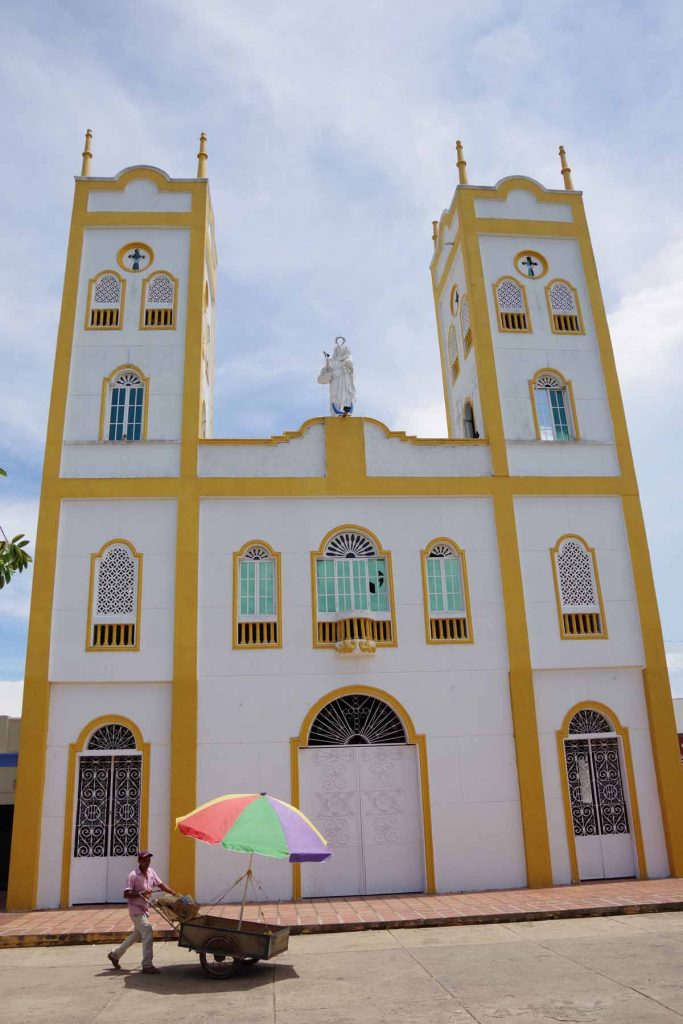 In the central square there is of course the church. Also able to find a SIM card and get phone service configured again. Always handing coming into larger towns to check Google Maps to figure out local streets.