Back to one on the road. Today Bert and I climbed the hill from Machachi. At the top, Bert turned back to Quito and I descended down the other side to Latacunga. A little cold with a strong south wind but otherwise a fairly easy day. 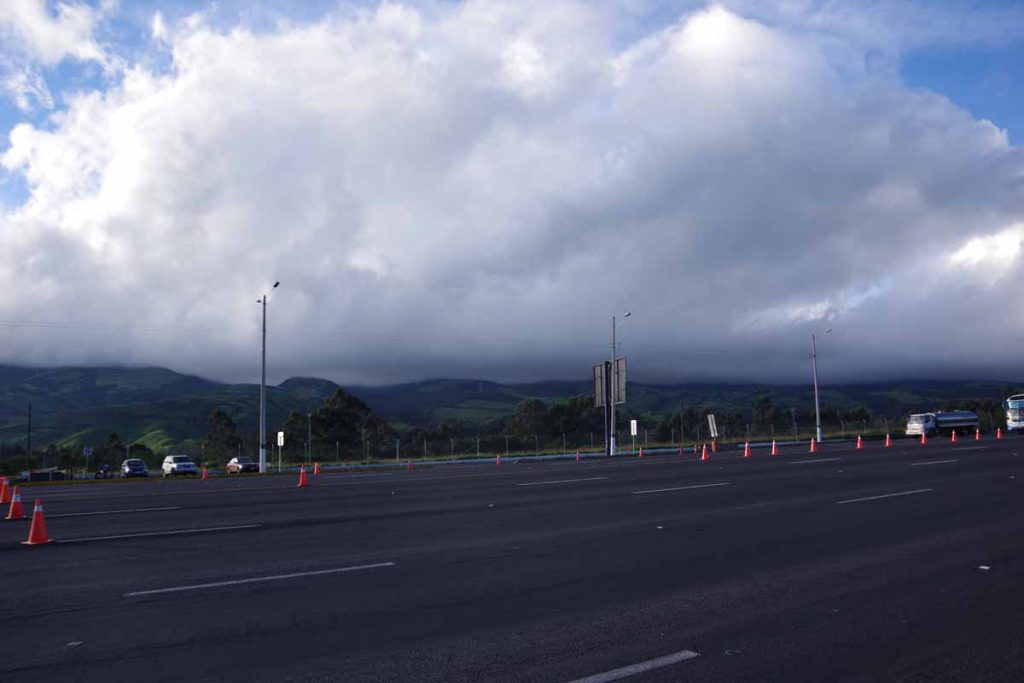 You will have to imagine that somewhere behind that large cloud is an active volcano named Cotopaxi, since that is what I did today as well. No glimpses of the 5897m (19,347 ft) volcano. It was ~7C (45F) starting out and became a degree or two colder as we gained elevation. That wouldn’t have been too bad, but seemed colder because we also had a wind blowing cold air in our faces. 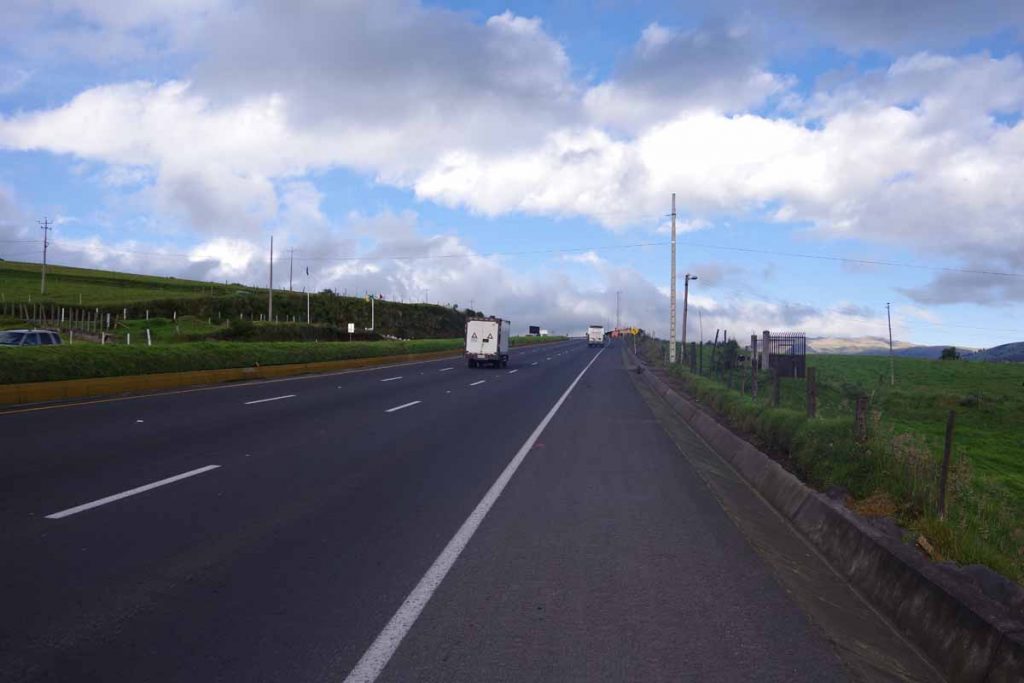 The route itself was on a nice shoulder and grades that were 5-8% for a few kilometers and less for most rest of the way. Overall one of the easiest longer climbs we’ve had in Ecuador. 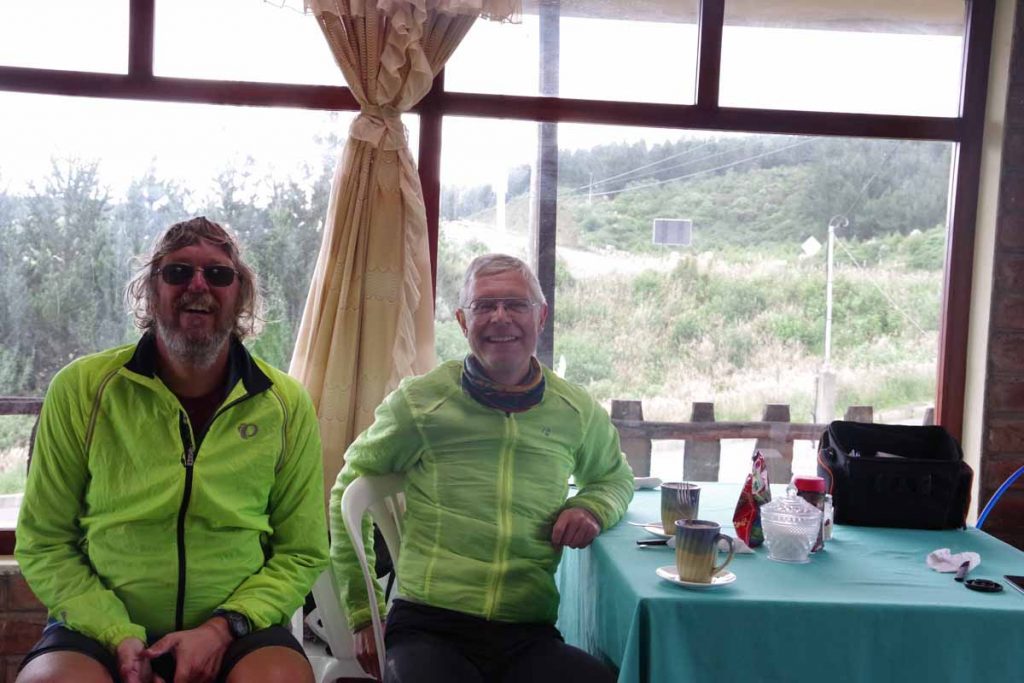 At the top it pretty much leveled out. There was a nice little restaurant with enclosed glass porch that could serve hot chocolate. Perfect! We could watch the bikes and also warm up a bit. Photo above was our “end of the journey together” shot as after this, Bert descended back down with a nice tailwind and I went across the level top and then descended into the headwind.

(Note: Anyone using this web site to check for Bert, he reported later that he cycled all way back to a hotel close to the airport. Not planning to place further updates in the blog). 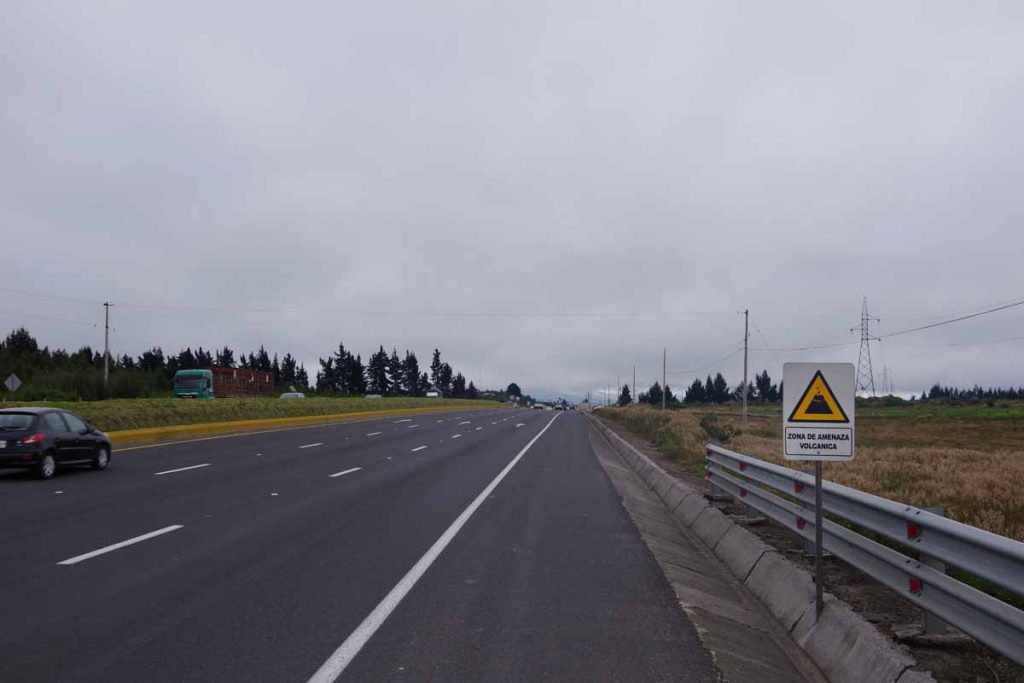 Near the top, saw multiple signs like this one warning this was an active volcanic zone. 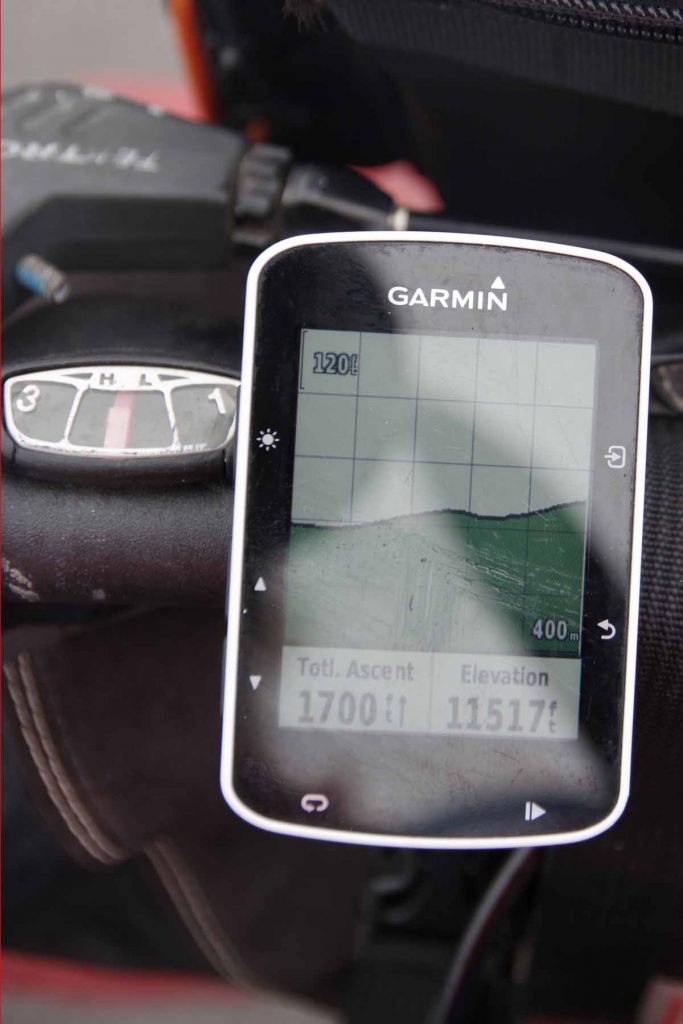 My odometer telling me I’ve now climbed higher than Fremont Pass in Colorado and hence highest point on the trip so far. I expect that record to be broken in next few days as a few upcoming climbs are just a little higher. 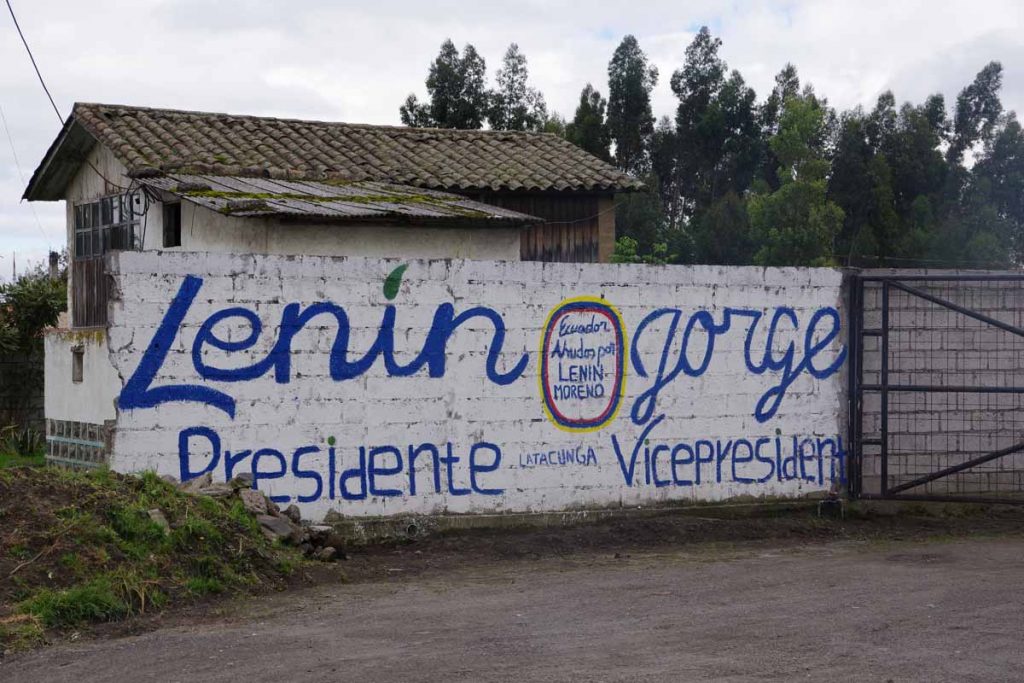 Lenin Moreno is the newly elected President of Ecuador. He took office today as the 44th President. While I didn’t notice anything else celebrating the start of his term, there are still some election murals like this one around. 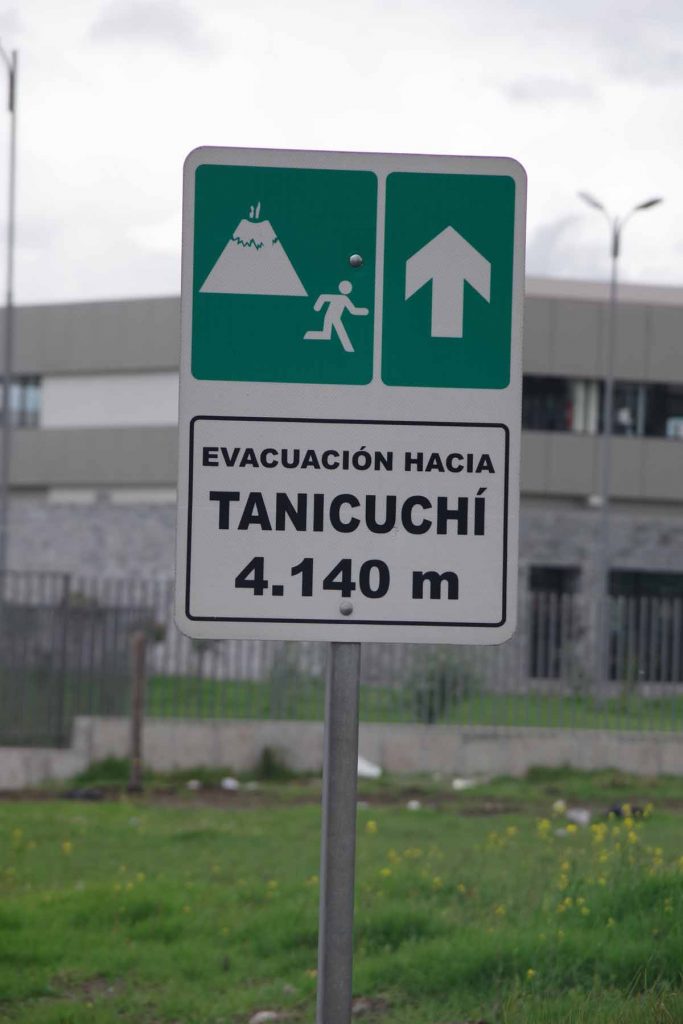 These signs point to where you can go for a shelter from volcanic eruption. Remind me of tsunami signs in Pacific Northwest of USA, or flash flood warning signs in Colorado. 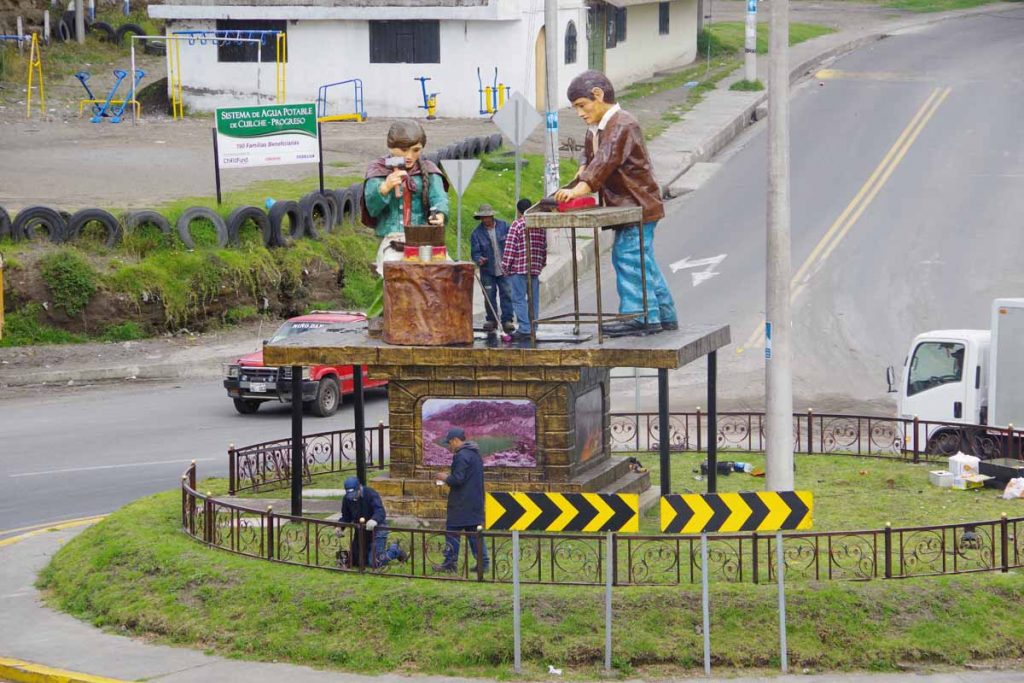 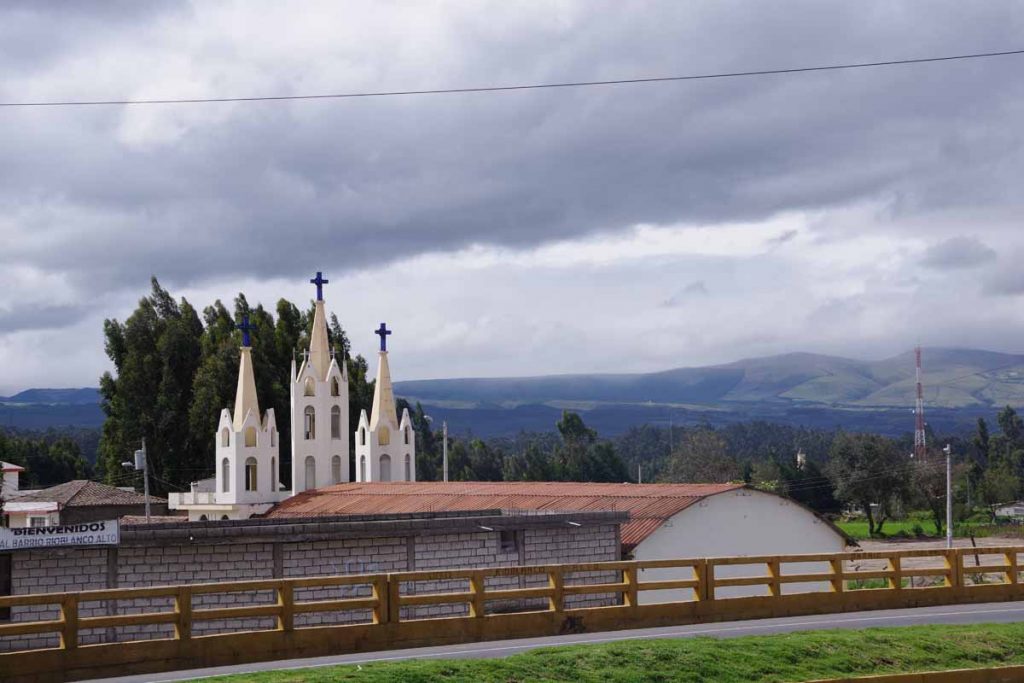 A fairly basic church across the road with tin roof. Machachi had a nice church but otherwise haven’t seen many in last little bit. 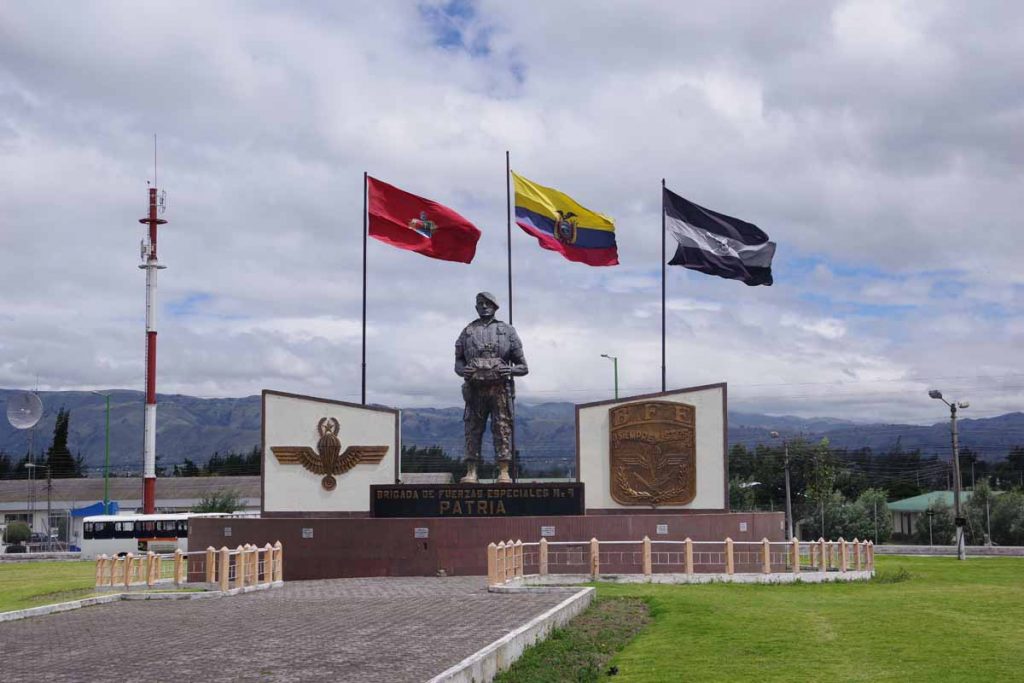 I passed a military base, looks like airborne classification. Also can see the flags reminding me of the headwind. Fortunately, the downhill grade was gradual at this point so downhill and against the wind seemed to cancel each other out. 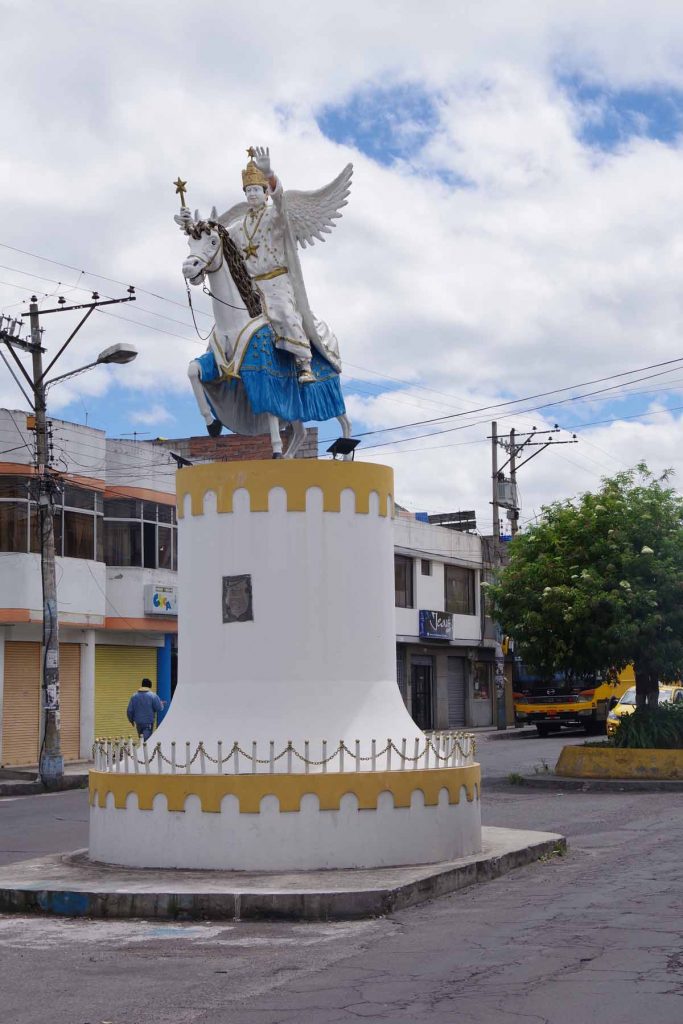 Cycled into Latacunga and found a hotel without too much difficulty. A nice advantage of watching other blogs. 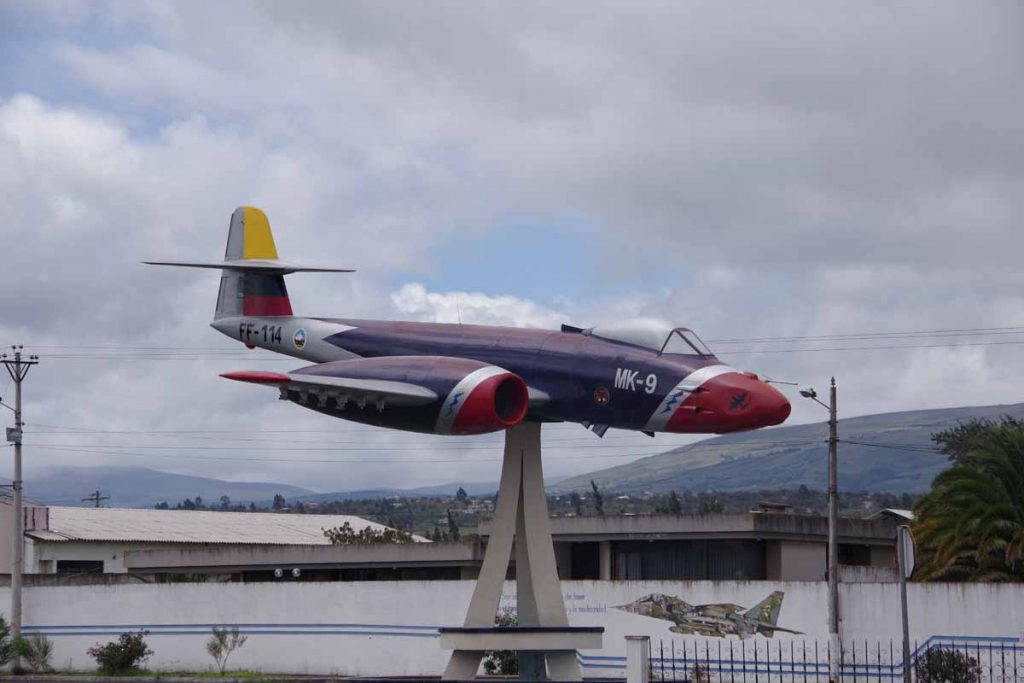 The city also seemed to have a small military base.