What point on the earth’s surface is furthest from the center? 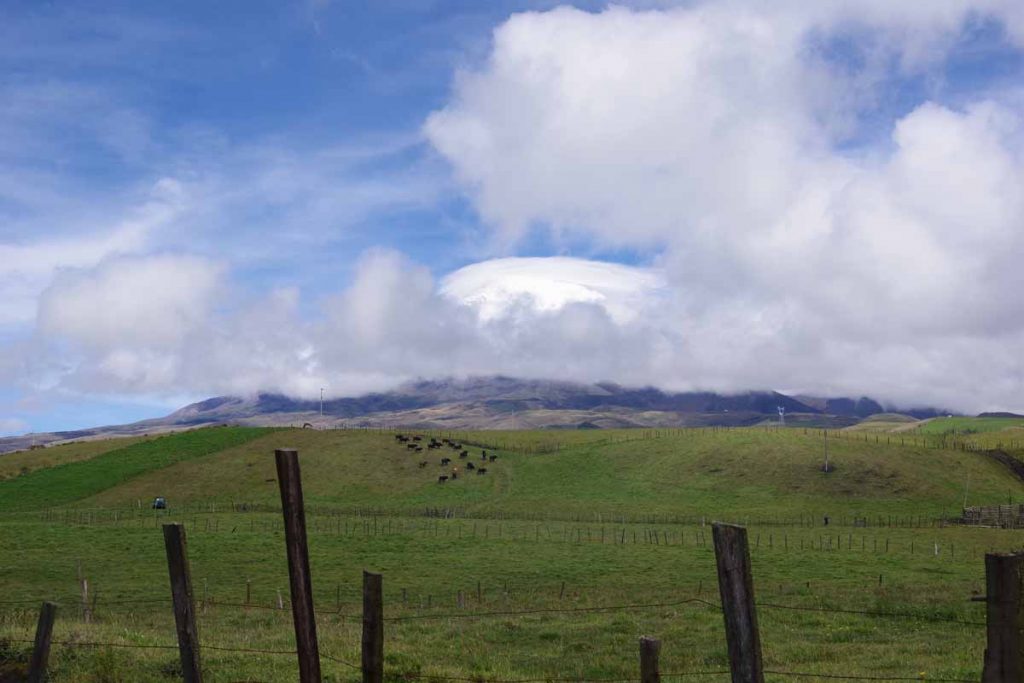 Apparently, Chimborazo is that point. Today I cycled past Chimborazo on a ride that was easier than I anticipated. The first 27km for today was mostly a climb of 800m (2600ft) to cross highest point so far on the bike trip. After that it was predominantly downhill almost the same amount to reach Riobamba. What made it easier was that the climb really didn’t exceed 9% anywhere. Also, I feel fully recovered from previous saddle sore. 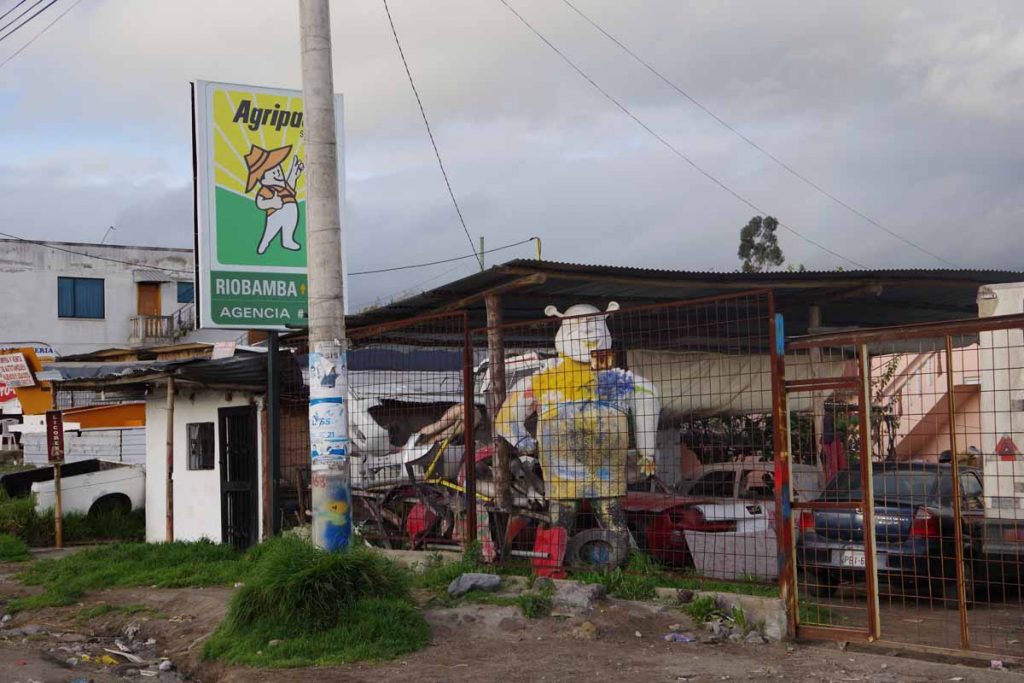 The hotel filled up including some noisy guests arriving around 3am. However, still a reasonable place to stay. Only downside was internet stopped working in middle of my blog update from yesterday, so I kept that one separate still.

I had breakfast in my room and then started riding up the hill. There was a Shrek behind that fence. 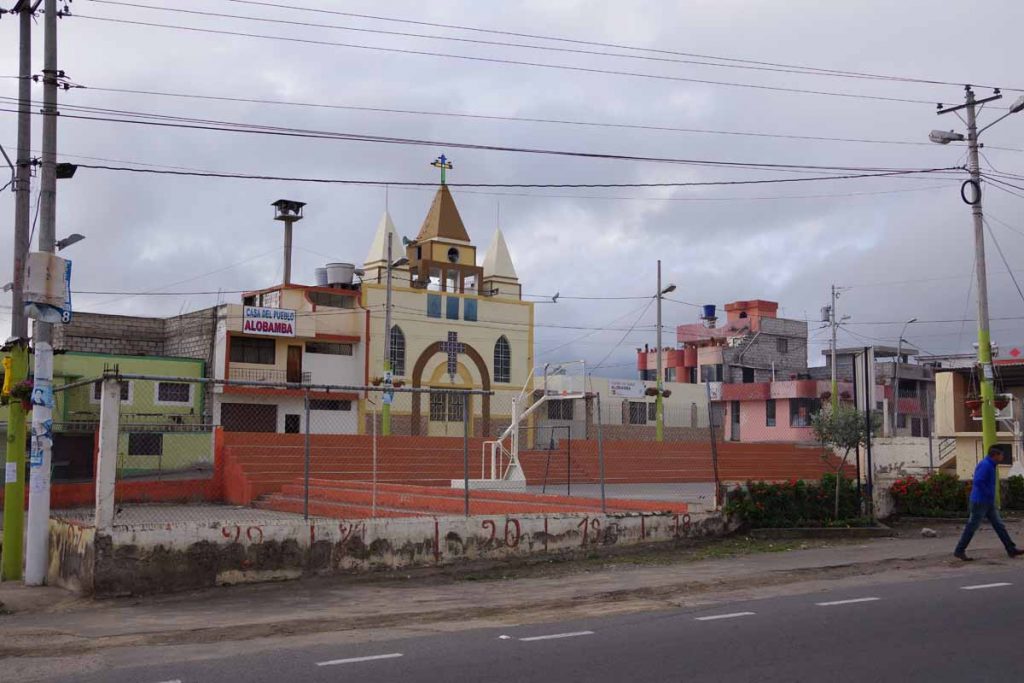 One village on the way up had a basketball court prominently in front of the town church. 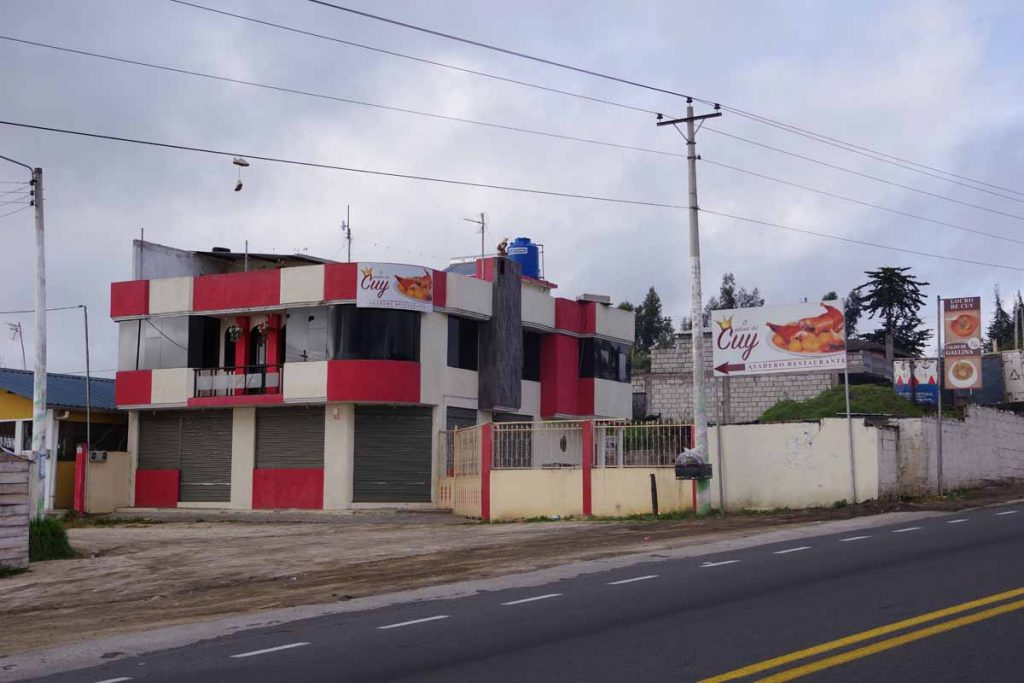 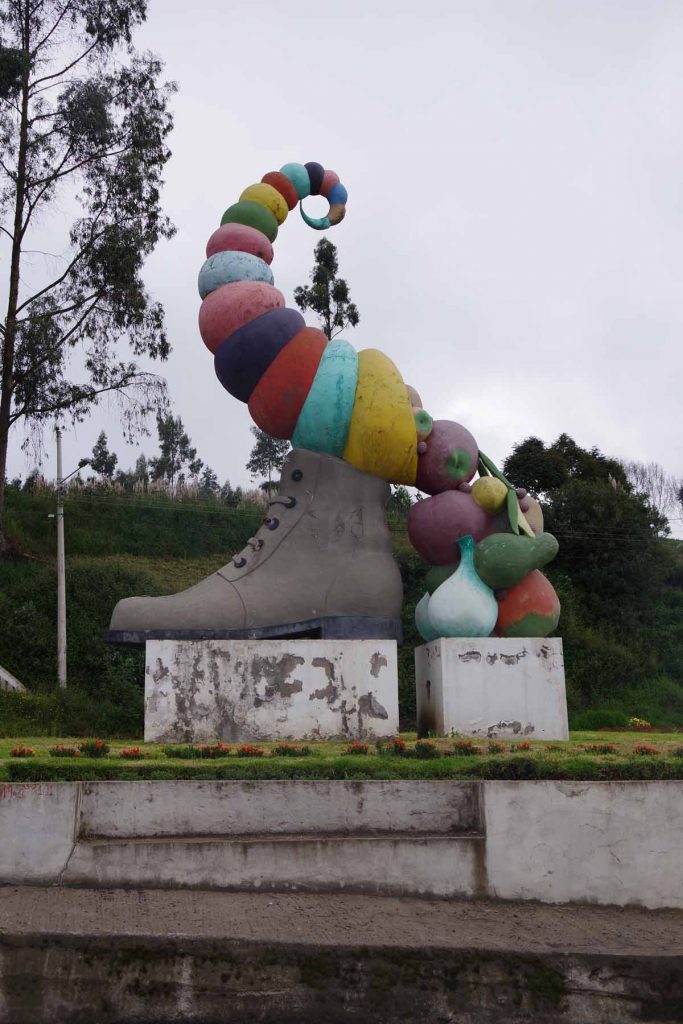 Another village had this shoe at the entrance monument. 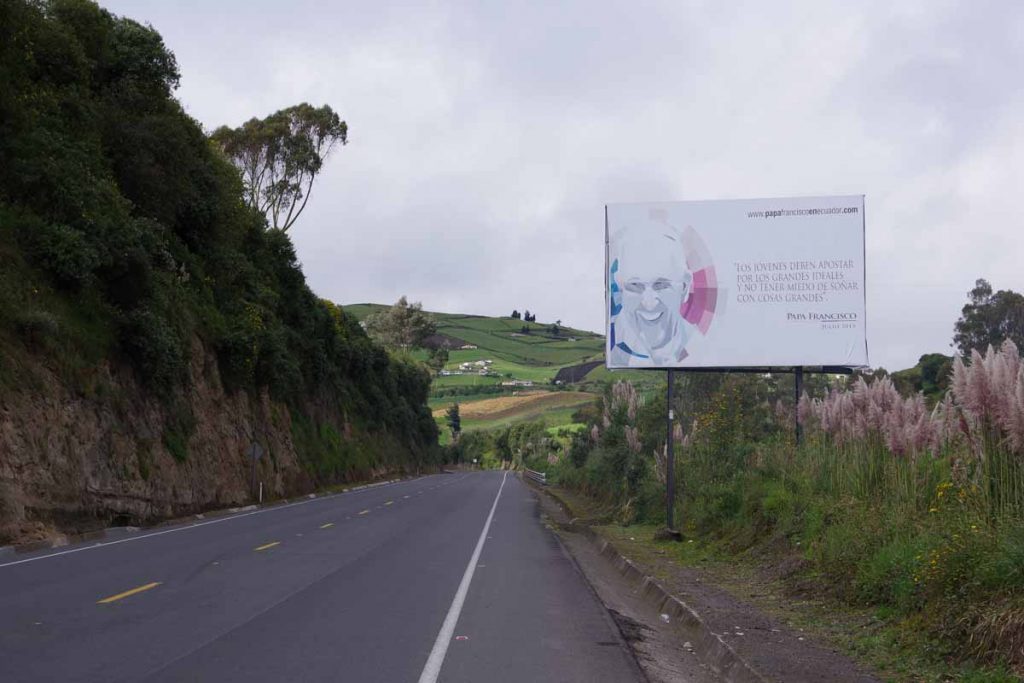 Sign telling of Pope Francis visit to Ecuador in 2015.

Past Mocha it did get steep for a bit, but never extreme and so I could put in lowest gear and slowly crank up the hill. 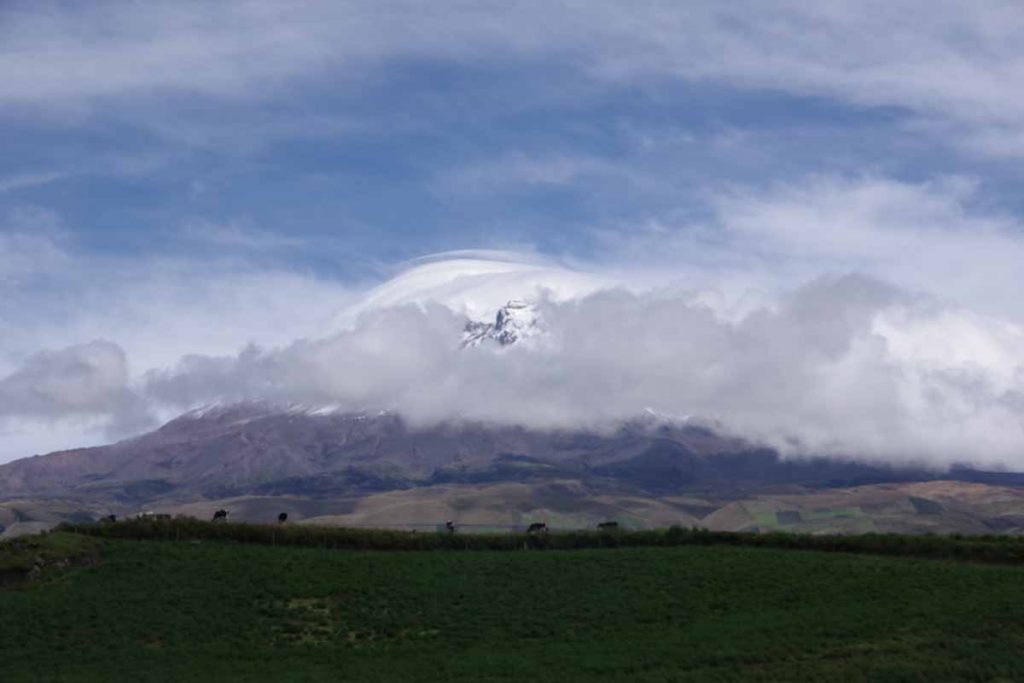 Once I got up near top, views of Chimborazo came into view. It was tough to tell where clouds sometimes ended and the peak started. The clouds kept shifting in front of the peak. As I cycled along, I must have gotten 20 different Chimborazo photos since each time the clouds would make it look a bit different. This peak is Ecuador’s highest point at 6263 meters (20,548 ft) and also point furthest from center of the earth. 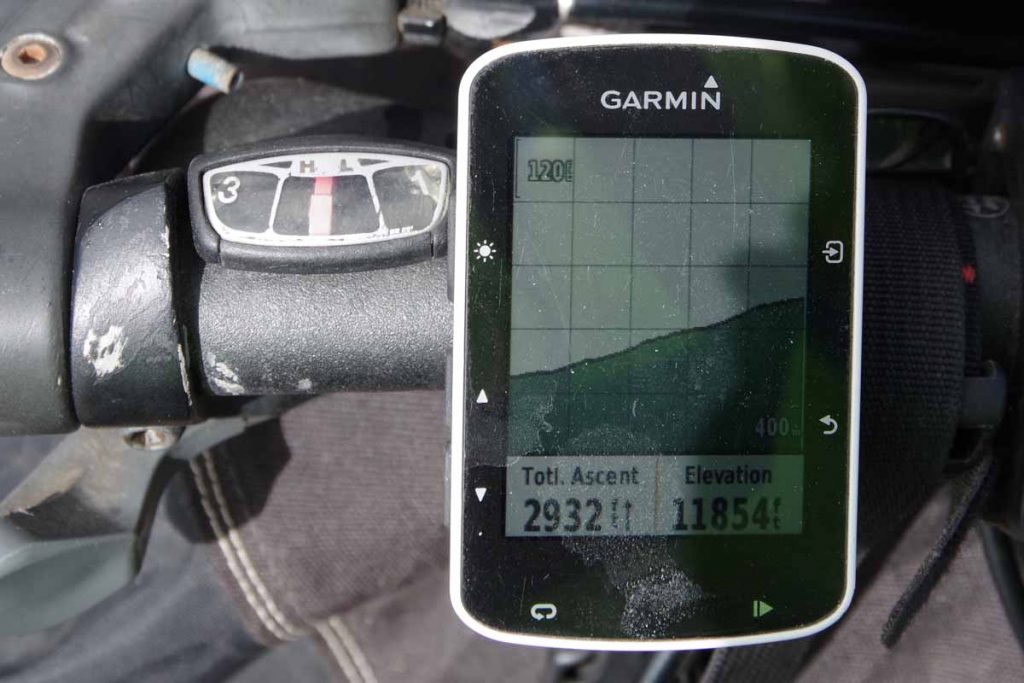 After this a reasonable descent with few extremely steep bits. The road was often four lanes though the shoulder was also at times minimal. Fortunately, traffic was light enough and moved over to make way.

Riobamba is located on a downhill and is a bit of a strung out city. First time, it seemed like a “strip” type city that is common in the US west. First hotel I tried was full, but second one had room and was nice place to stay. Today is a Battle of Pinchincha holiday. The town is pretty quiet and many shops are shut down. Not sure if this is because of the holiday or this is always how Riobamba runs.