Aluasi is a great little town at bottom of a steep valley. A contrast from Guamote where I departed yesterday. I was at a nice hotel right by the bus “station”. Not many people around other than waiting for the bus and streets seemed to quickly turn to dirt. In contrast, many people out an around in Aluasi and even looks a bit more touristy. 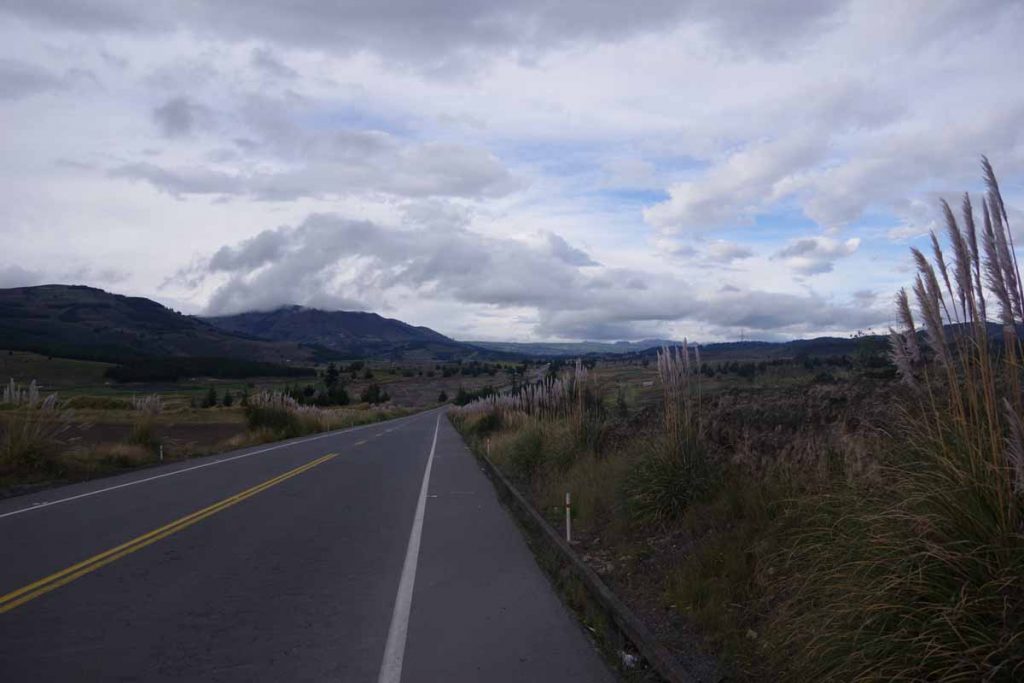 Overall, hardest part of today was steep descent last few kilometers into town. I left Guamote around 6:30am and it was 4.5C (~40F) and colder than normal including a wind. Fortunately, a tail wind this time. The route slowly climbed a few hundred meters and crossed areas with evergreen trees. However, a lot of more open lands as well. 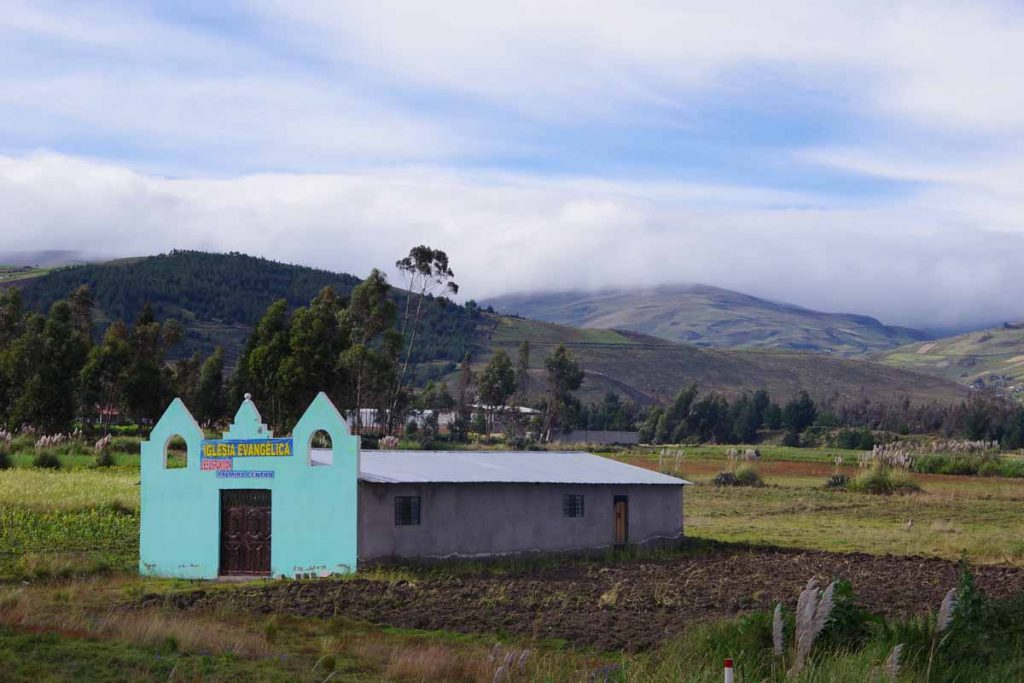 Passed this simple church, note the importance in the facade. 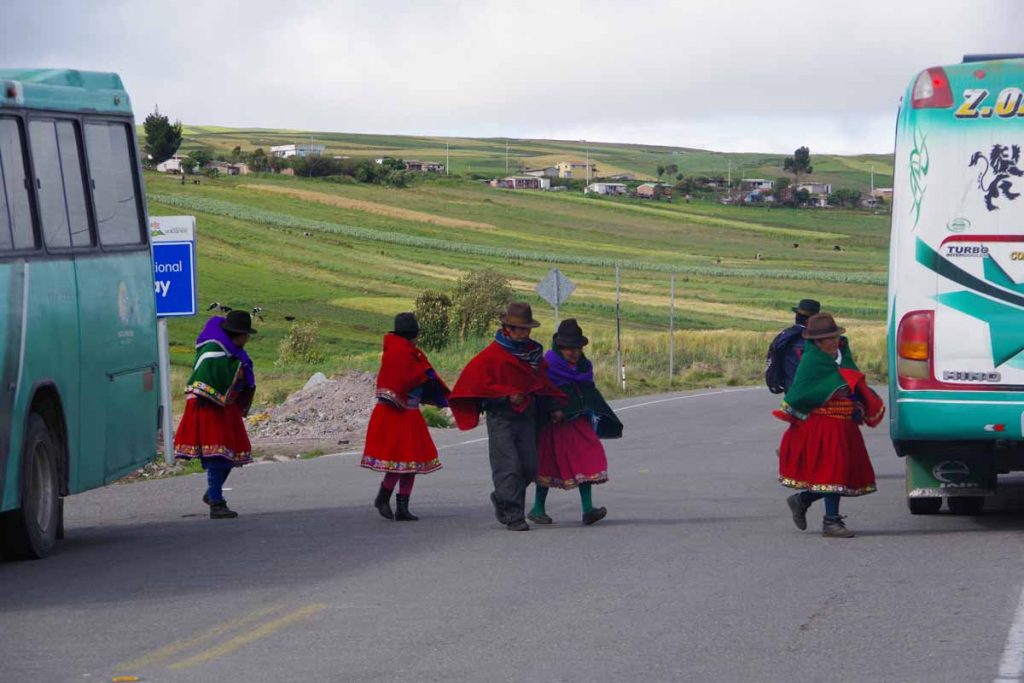 These folks were going from one bus to another. A majority of people in villages are wearing a colorful traditional dress. 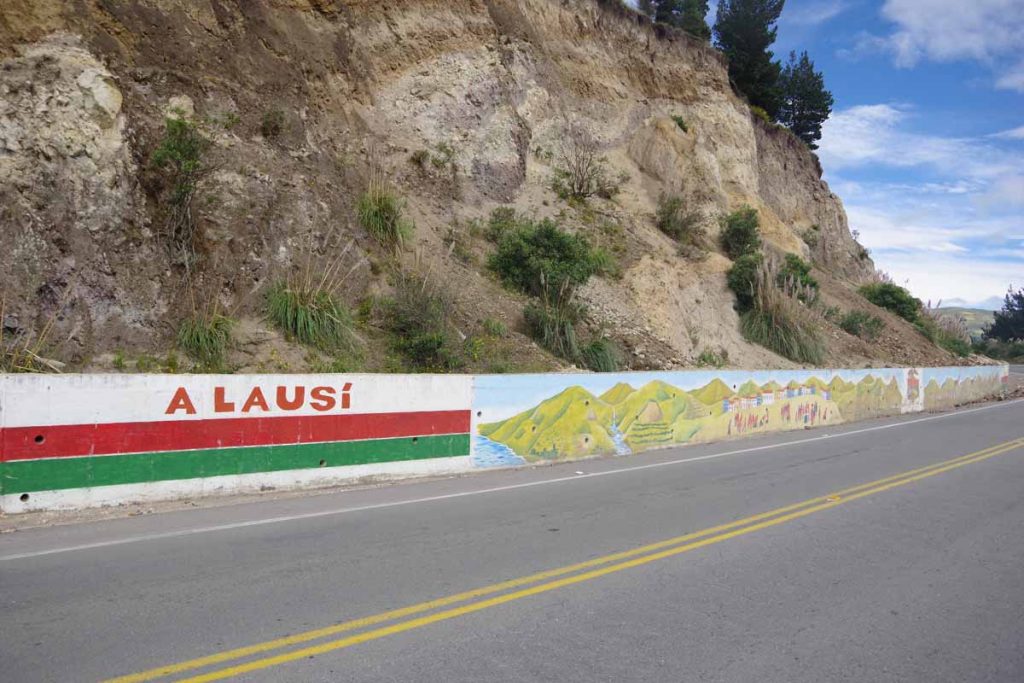 At 24km, I reached a high point and from here almost 1000m (3300ft) of descent awaited, most of that in last kilometers. This mural was telling us about Alausi. 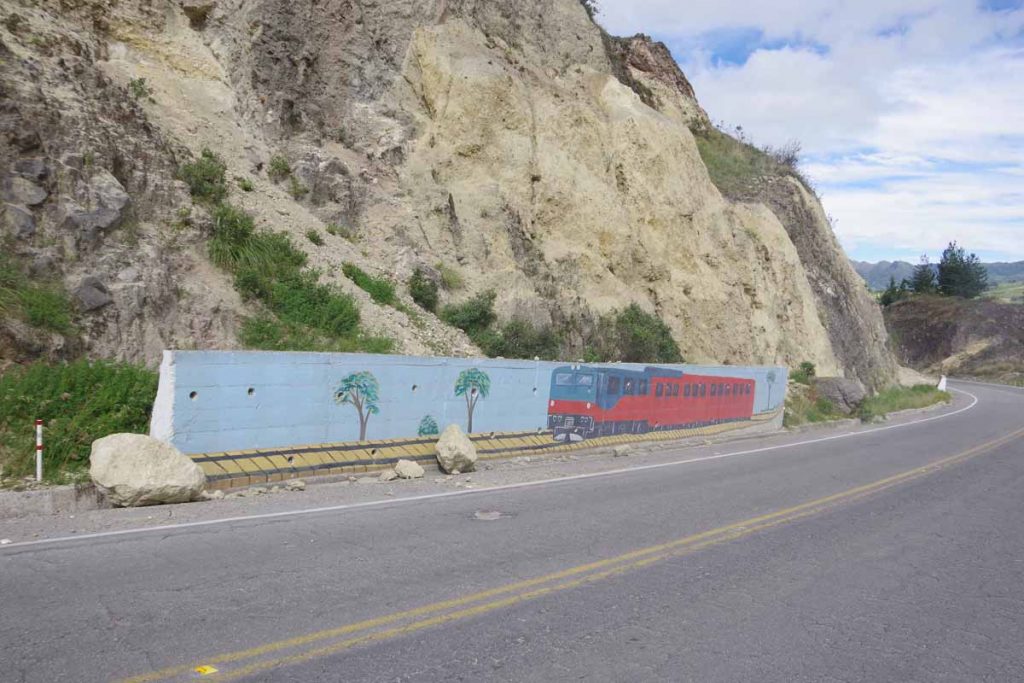 I crossed train tracks several times yesterday and also at start of today. I haven’t seen any live activity but crossings are all well-marked. 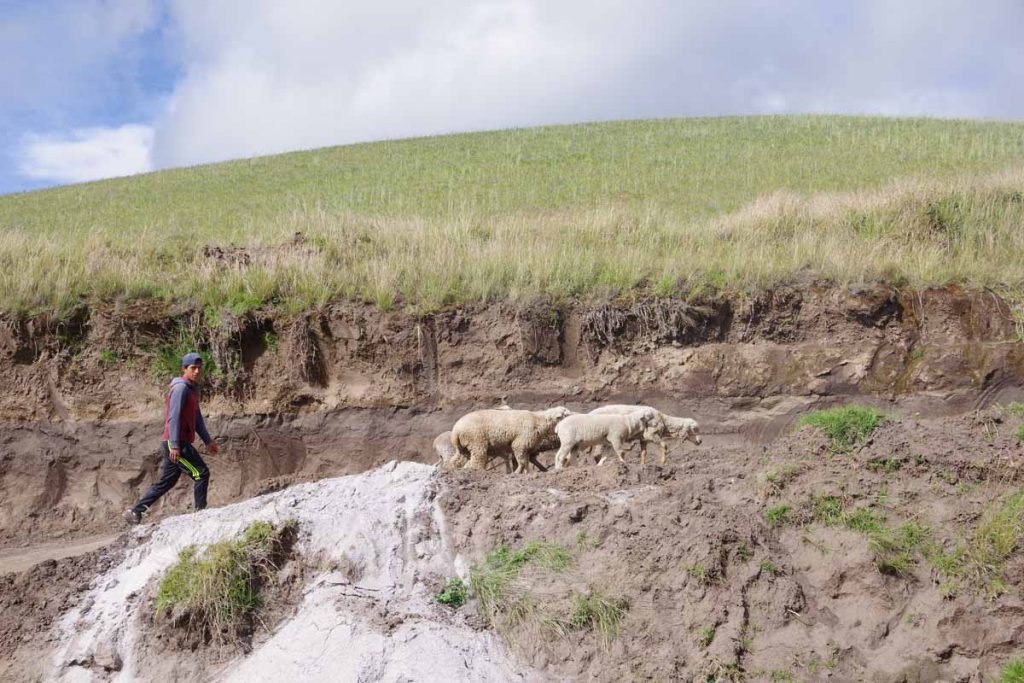 This is sheep country as the number of sheep I saw today outnumbered the number of cows (one and that was on a road sign warning of cattle). 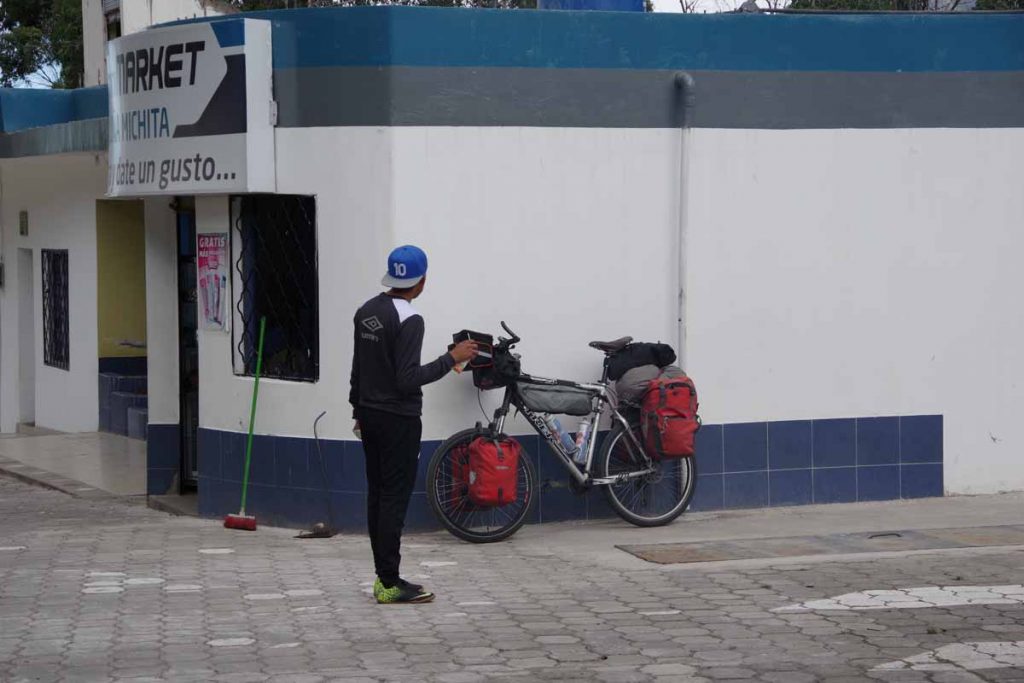 Stopped at a gas station before the final descent. The parked bike sometimes draws interest. 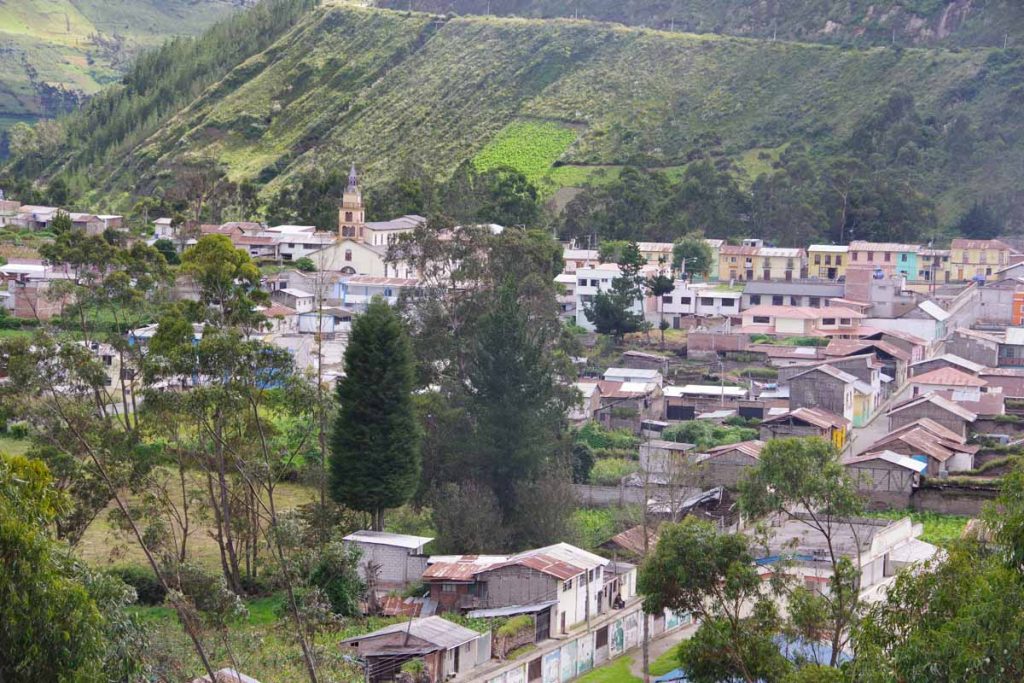 Town of Tixan in the distance, I had circled this on road above. After this the downhill route became steep. My GPS recorded 10%, 11%, 12% and 13% consistently and a brief point of 16% but not sure if that was right. I even walked a kilometer or two since I was otherwise going so slowly/carefully that it was easier to walk the bike downhill than keep on the brakes at -13% grade. 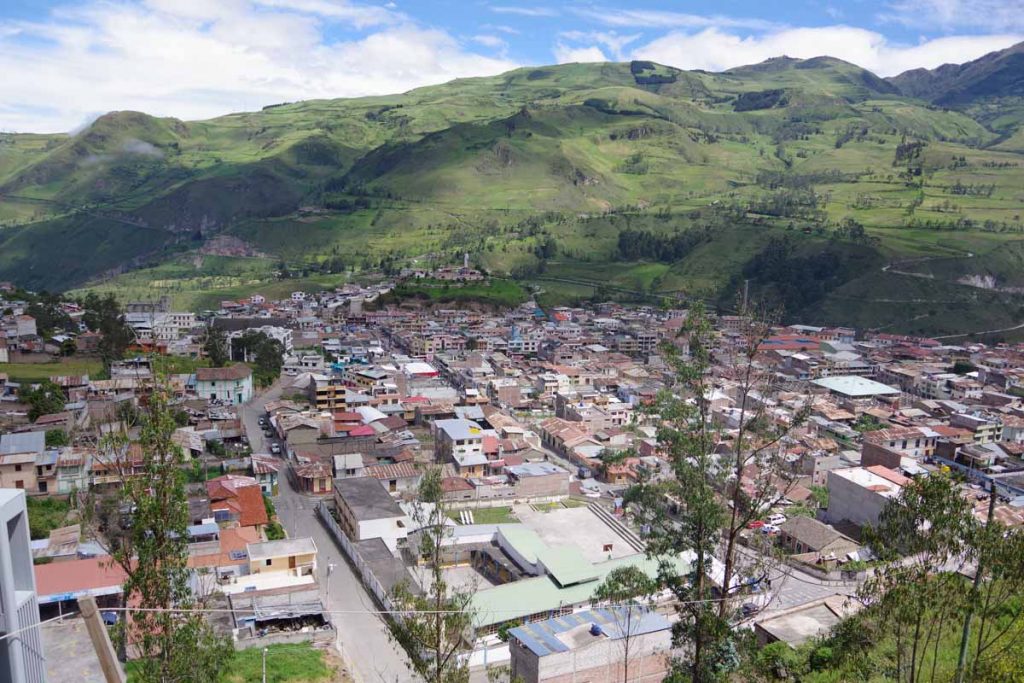 By now I was very close to Alausi, hooray! 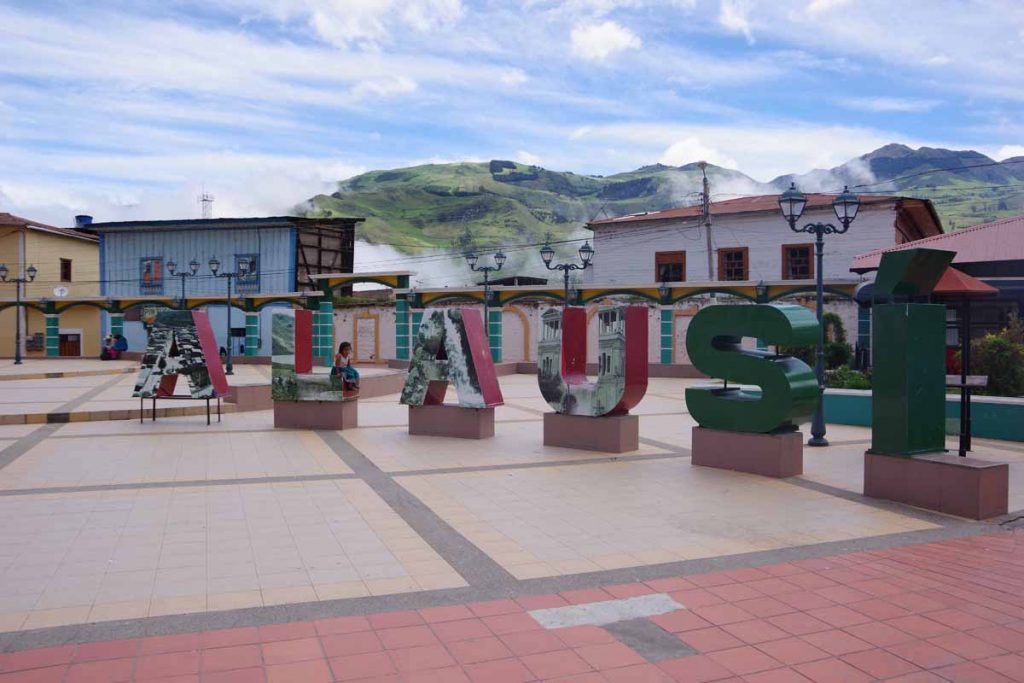 The central square is next to a train station. 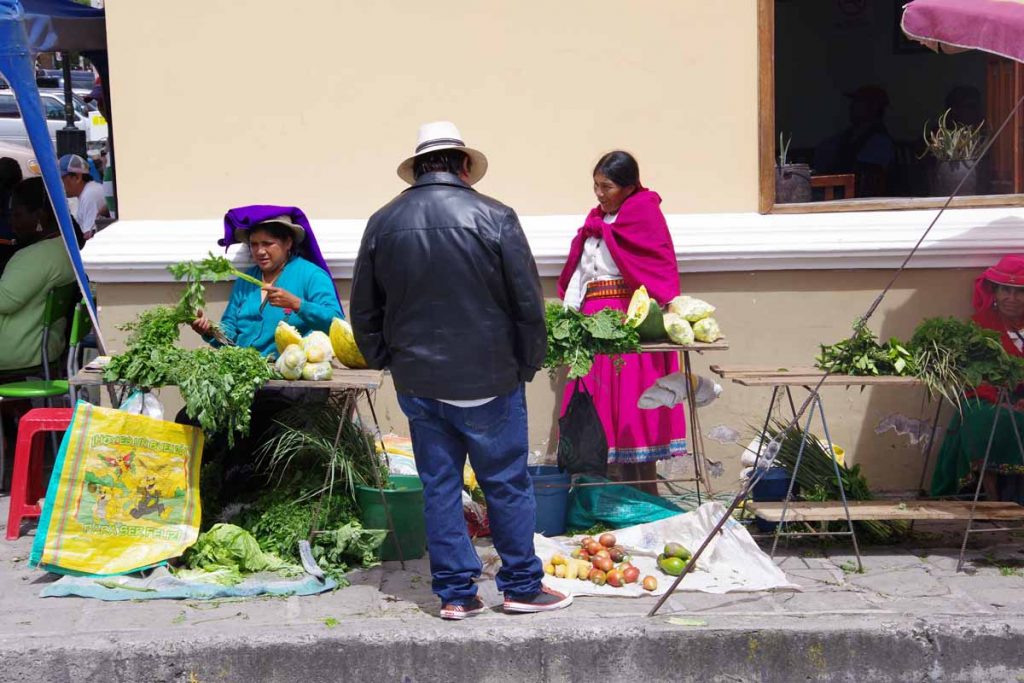 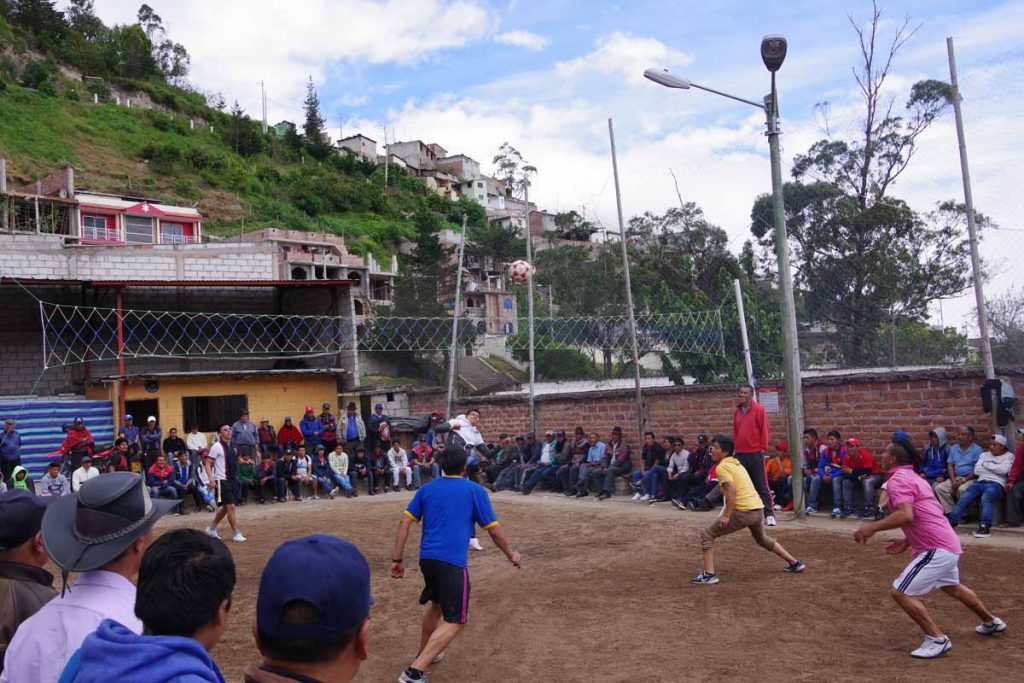 Volleyball game in progress. These guys were good and had some spectators. Otherwise, I like this little town and have wandered up and down the main street. It would be a nice place to stay for a bit, though I’ve also looking forward to climbing over the hills ahead. I do know whatever way I go, it will be a steep climb out of this valley.