Beautiful riding through hilly terrain. As the crow flies, the distance today was only 13km. However, the route went over a large ~300m (1000ft) hill and then winding its way across and back on a steep valley. Today distance still only 35km, but nearly three times as far as the direct route. Overall, still easier and shorter than I anticipated. 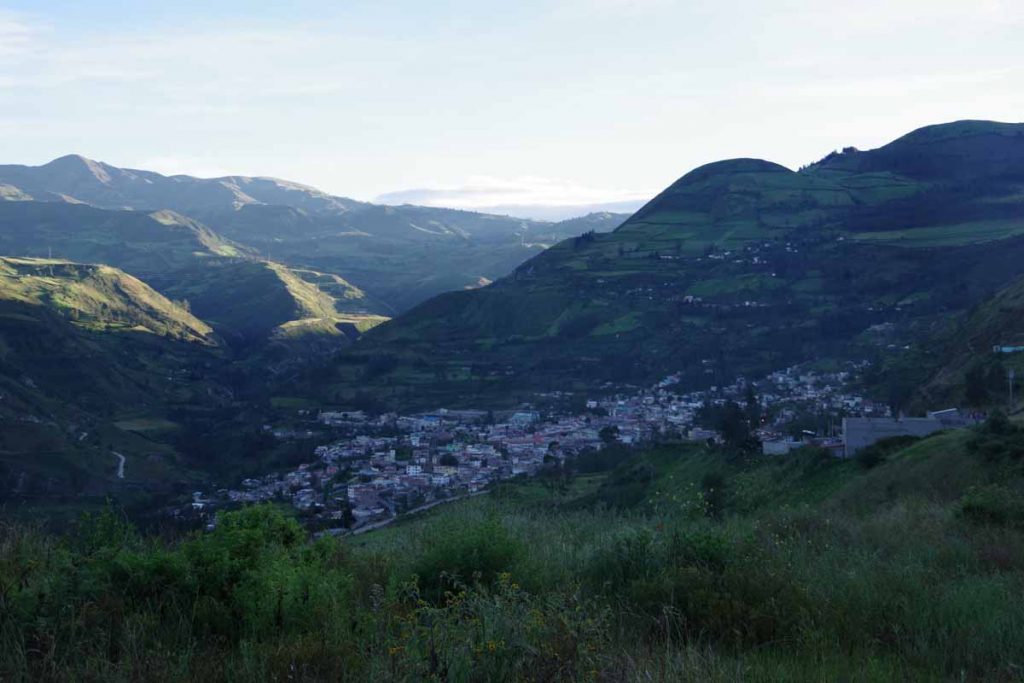 Started the day with a 5.5km climb out of Alausi. Grade was fairly consistent 7-8%, so mostly a case of going into my lowest gear and slowly climbing. Photo above was looking back on Alausi from part way up the climb. 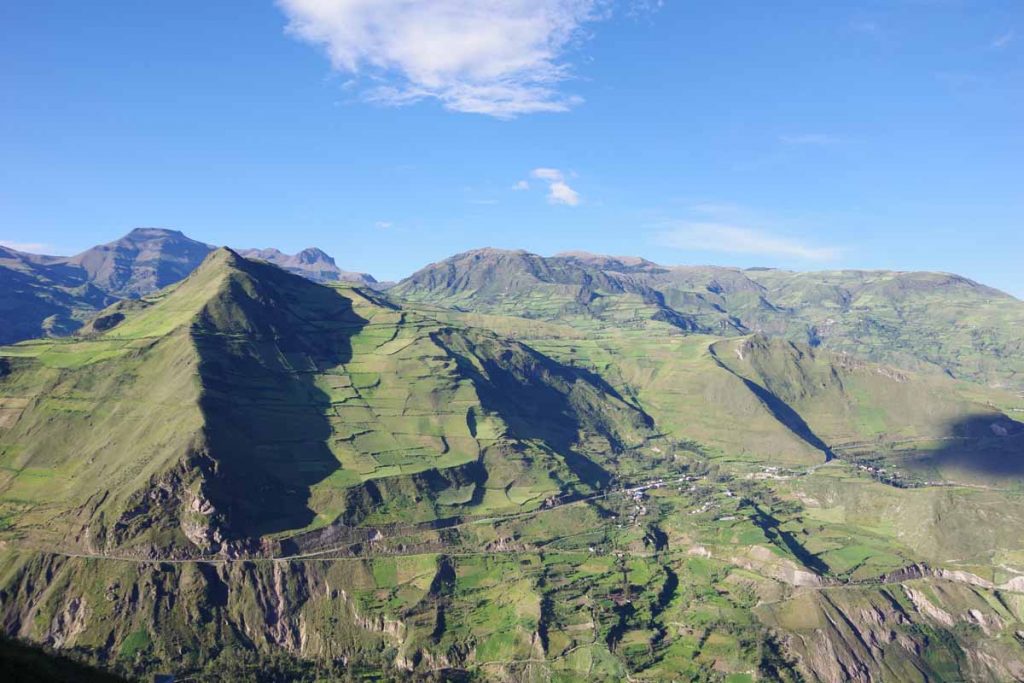 I could now see across to the other side. Note the road that is part way down the mountain. 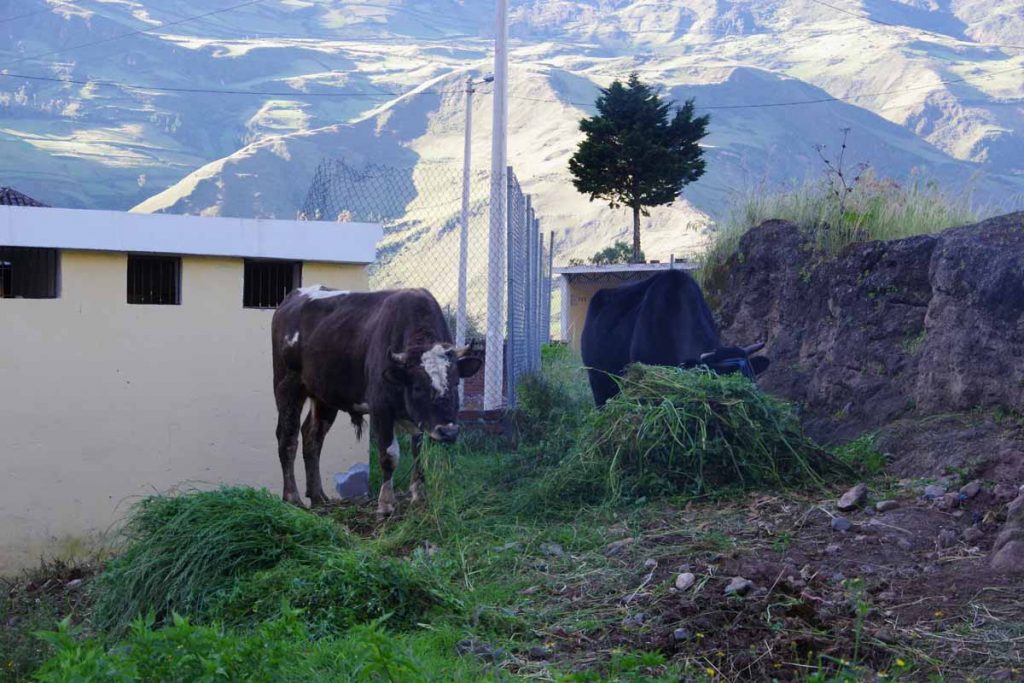 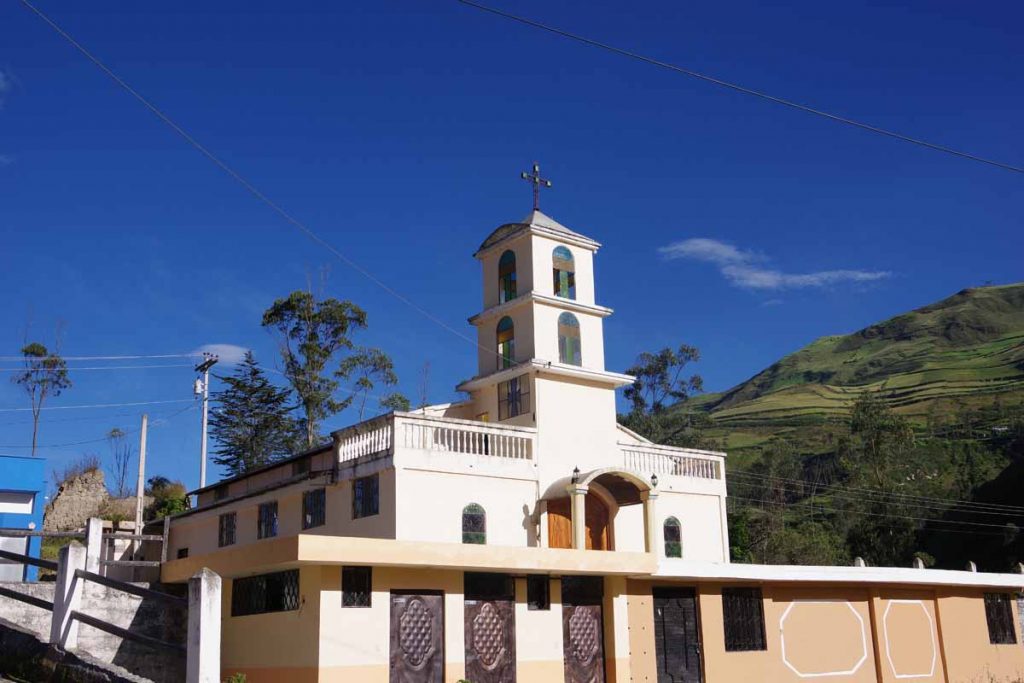 Several small villages along the way, this one with nice church. 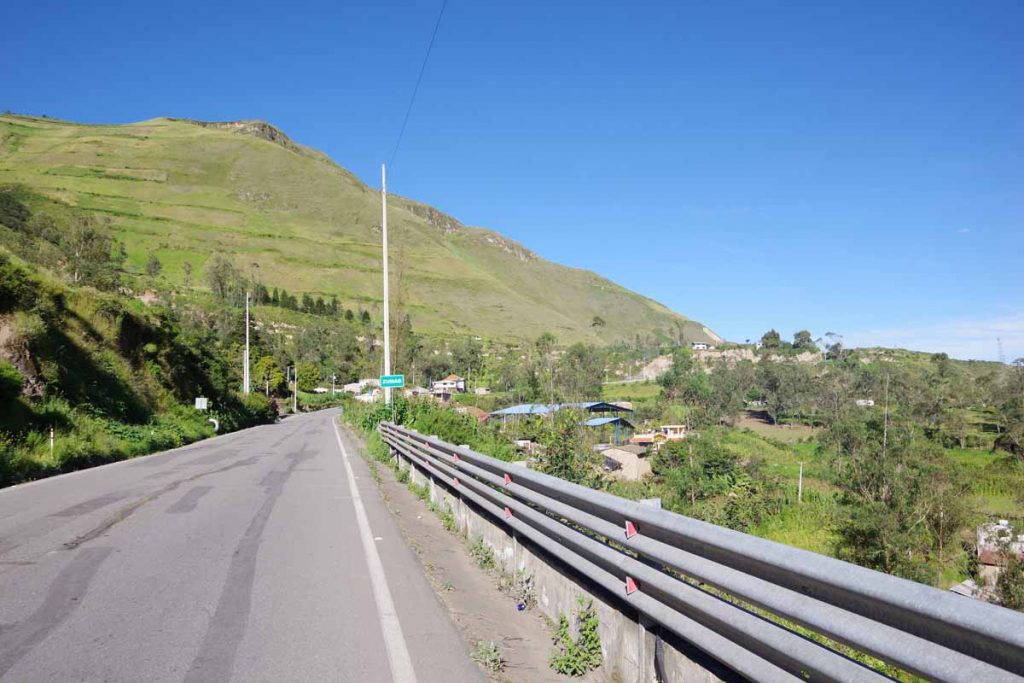 Now back on the other side. Climbs here weren’t as consistent, a few had stretches of 12% climb. However, none extremely long. 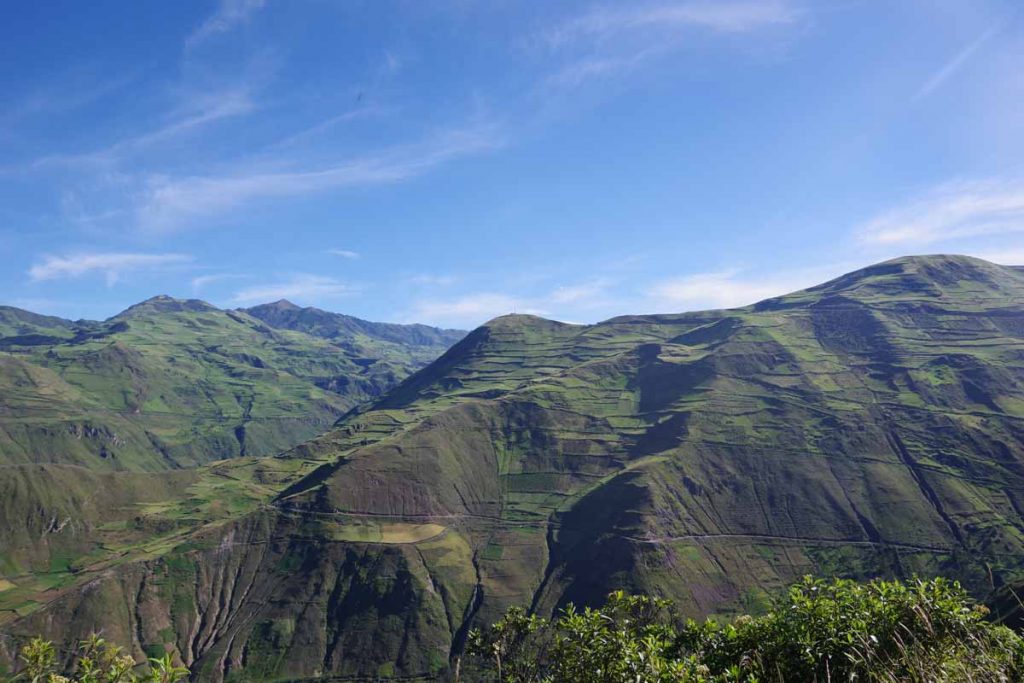 This photo looks back across the valley to where the second photo on this page was taken. The main road is almost all the way at the top near the microwave towers. However, there also appear to be some smaller cross roads lower down as well. 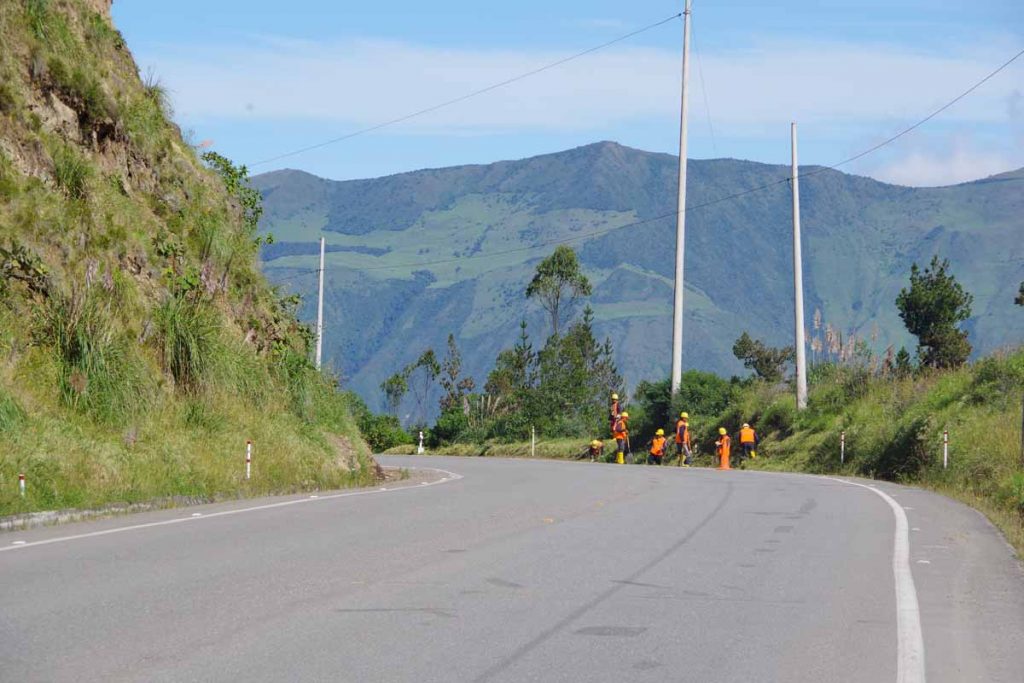 These construction workers were clearing organic debris from the gutters. 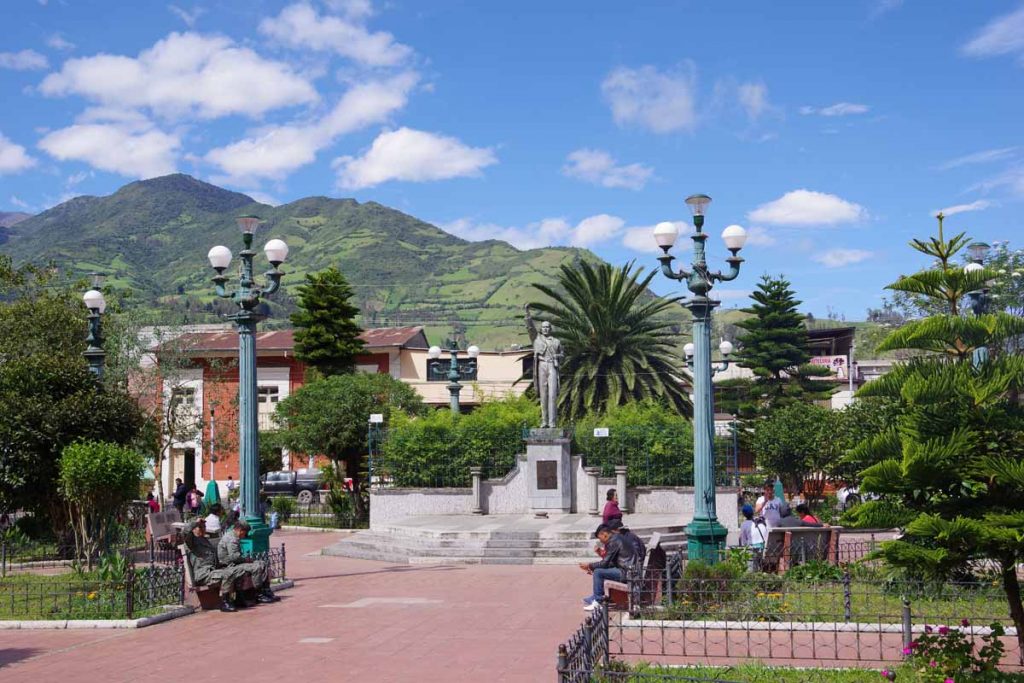 Found myself to the main square in Chunchi earlier than anticipated. Still 742m (2430ft) of climbing where perhaps thought there could be even more. Not complaining however, as this gave me time to get leisurely lunch in town and look around. Also, expect tomorrow to be quite a bit tougher so happy to have an easier day before a challenging day. 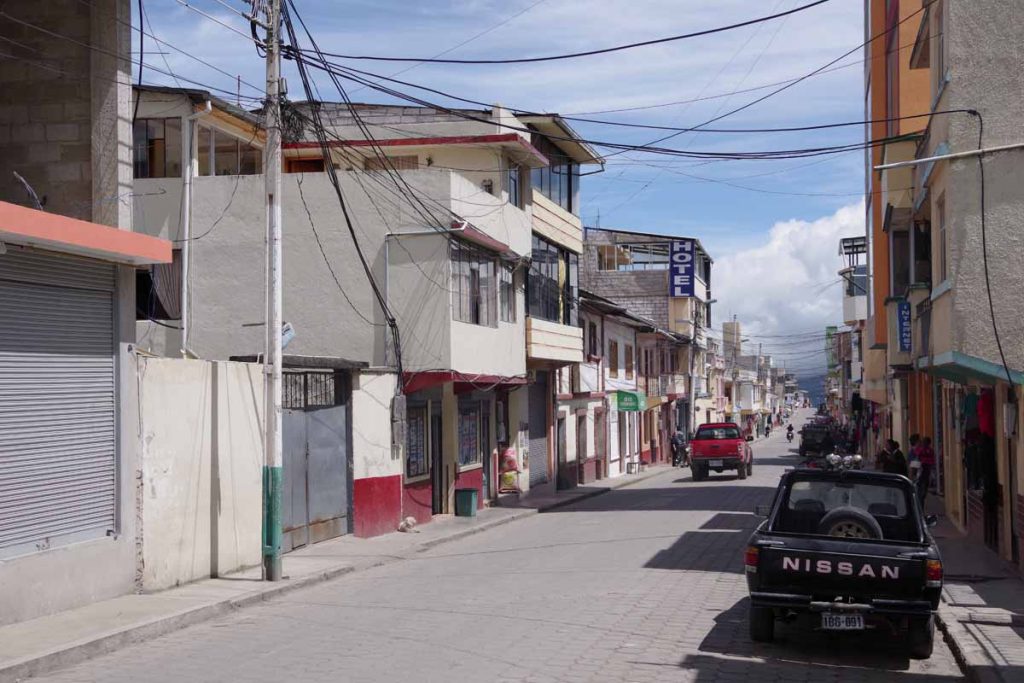 Streets in town were not as busy as Alausi. 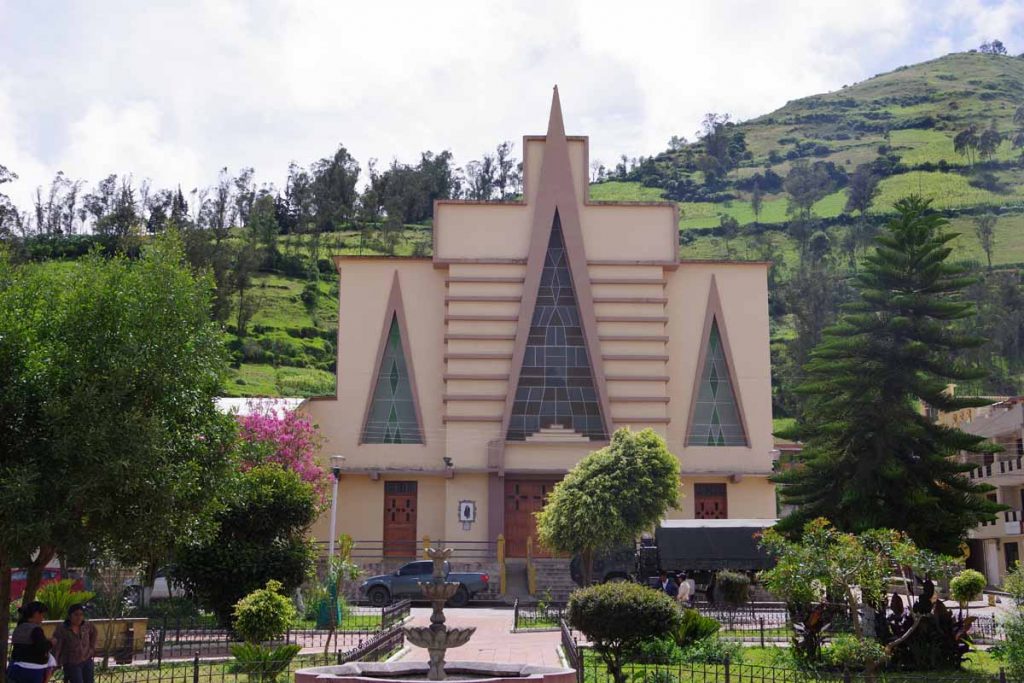 A somewhat modern looking church on the main square. 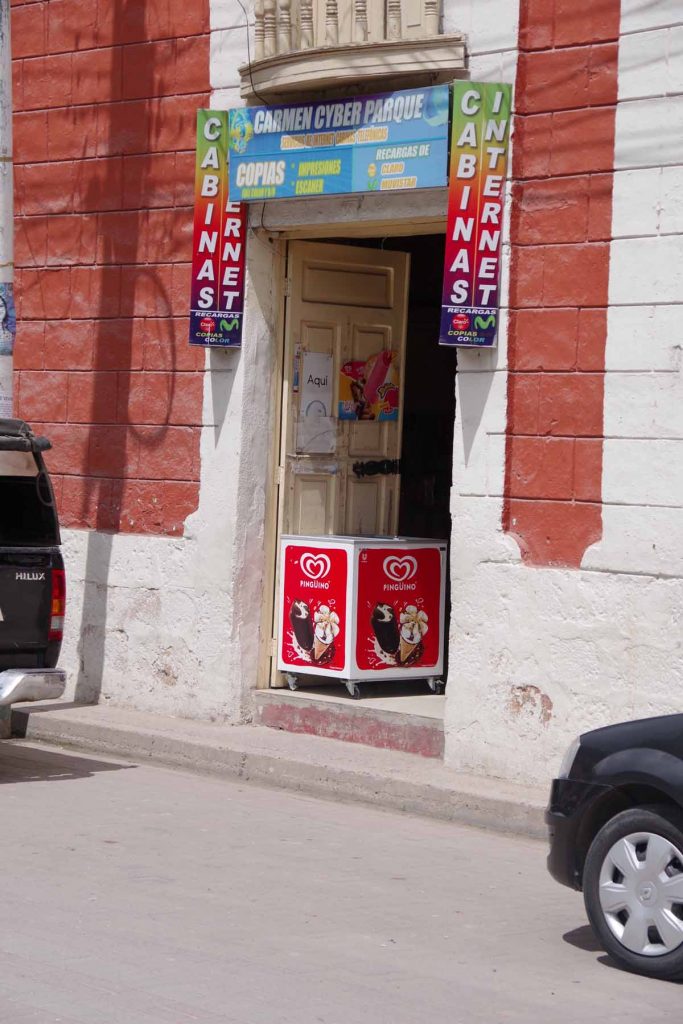 Last few days, towns have many internet cafes like this one. I take this as a sign that broadband is not necessarily available in individual residences (or more expensive than people can pay). Somewhat a contrast to cities like Quito with far less frequent internet. The cell network does have 3G data however and reasonable connectivity, particularly given the hilly terrain.

A nice restful afternoon here in Chunchi as look over next few days. I expect a few days to Cuenca before then departing the highland areas and towards lower coastal areas.