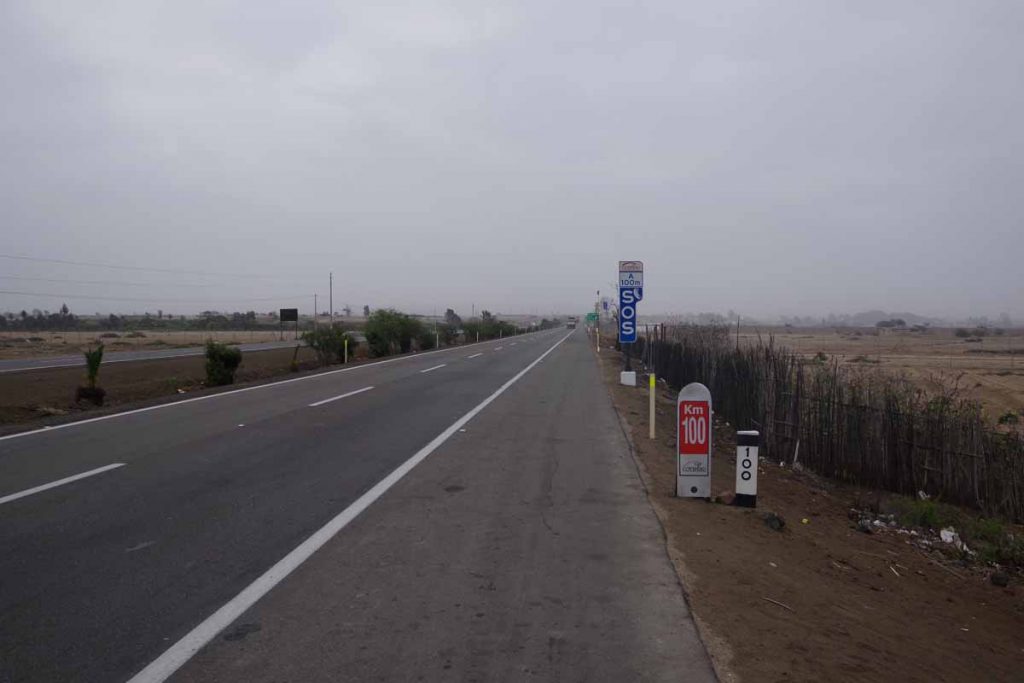 Today was a ride with several different variations of landscapes. The kilometers are now counting up from Lima. Still close enough that there is a fair amount of development instead of complete desert areas. Today I came through several fairly distinct regions. 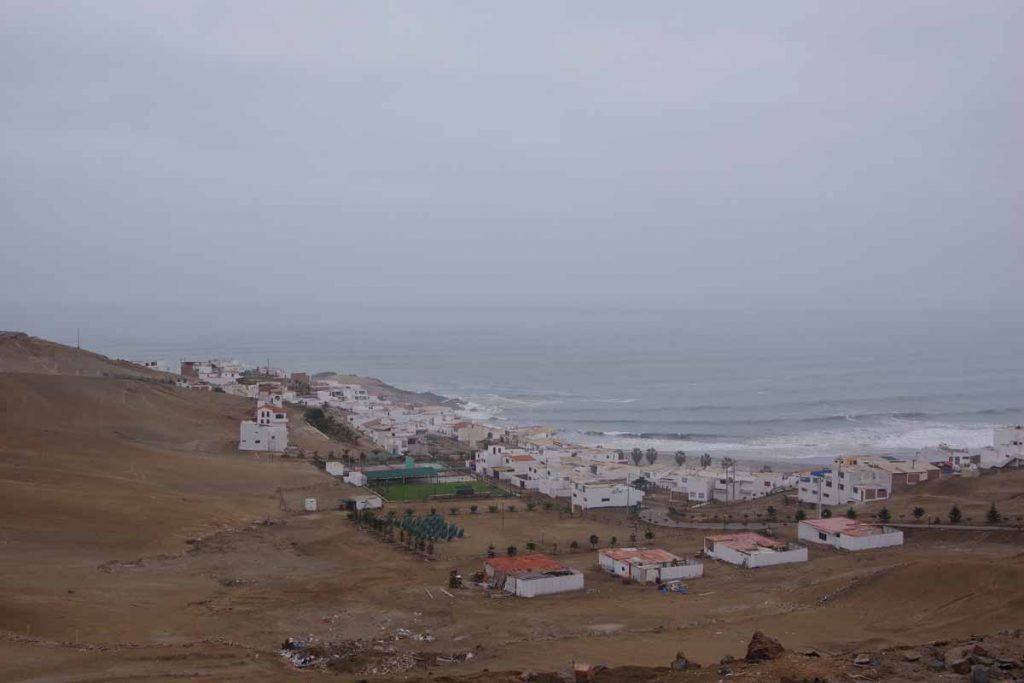 The first thirty kilometers I would characterize as the “private beach community” section. The road had rolling terrain across the hills. Off to the ocean side, there would be these small private beach communities below. Typically there would be a fence and potentially a guard house. There wasn’t much otherwise in way of commercial establishments. 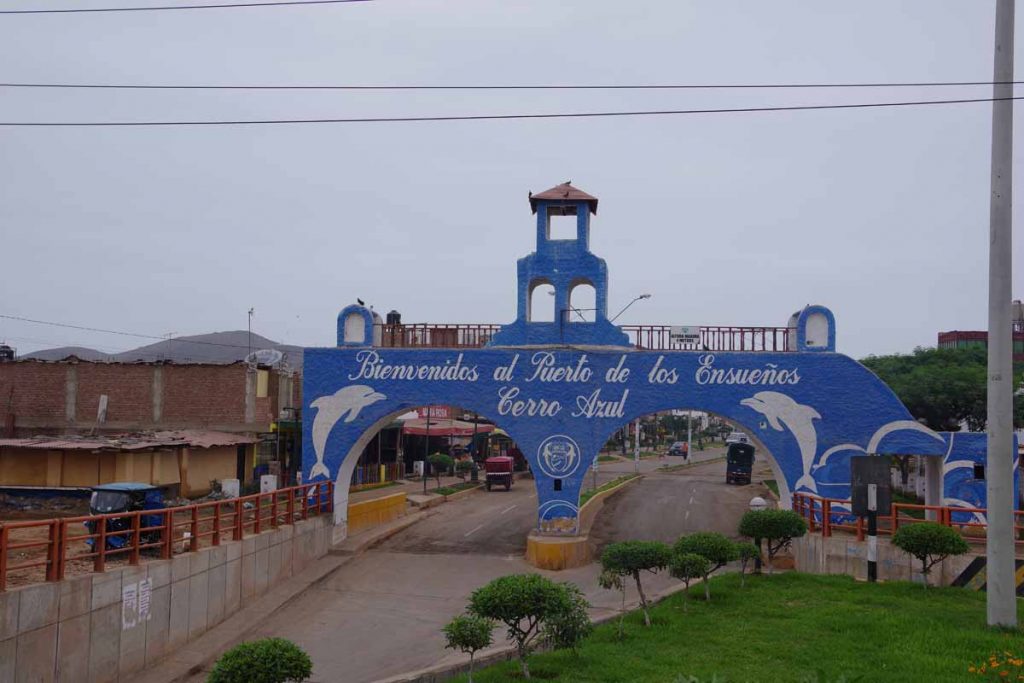 I went down the hill and came to the small town of Cerro Azul. Good place for a quick stop and break. 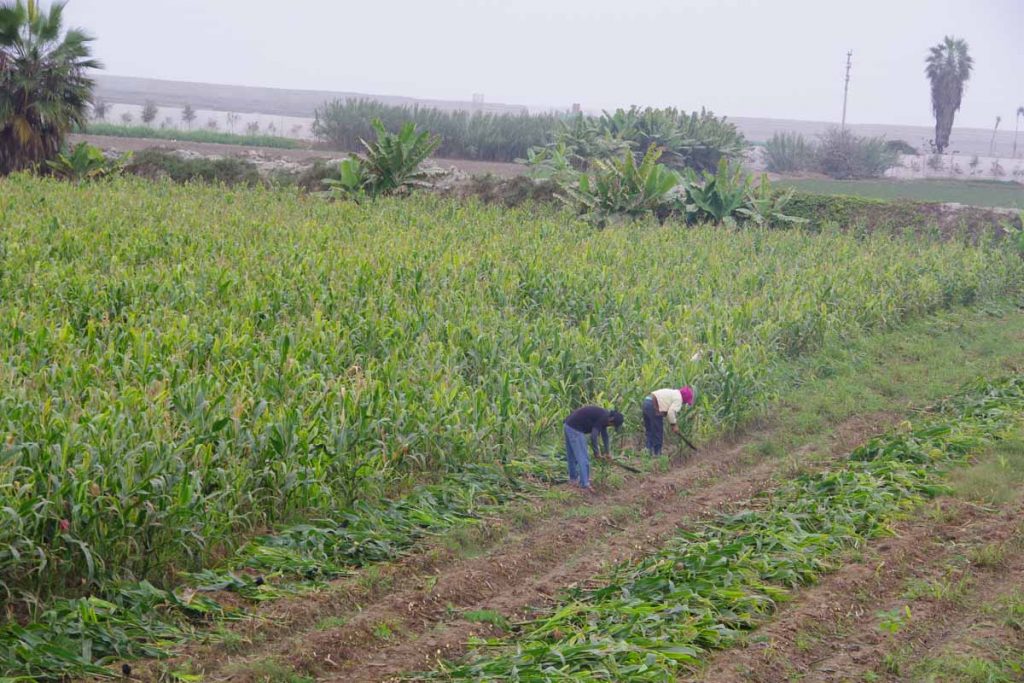 The next twenty-five kilometers I would characterize as the agricultural. Completely flat road and crops being grown on both sides. 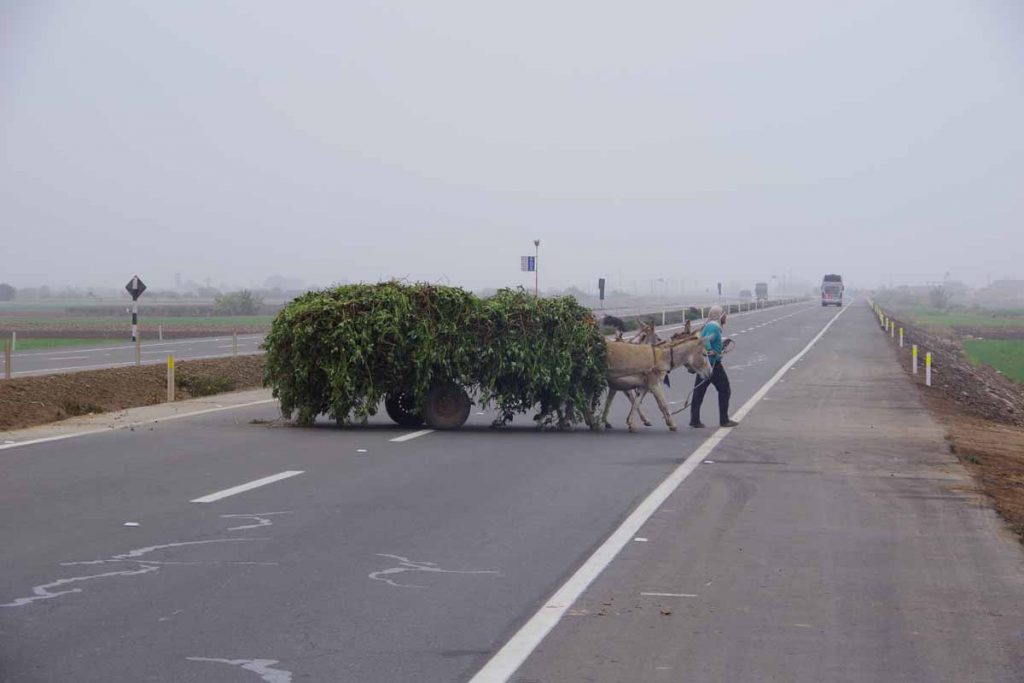 Also, donkey carts that needed to cross the highway. 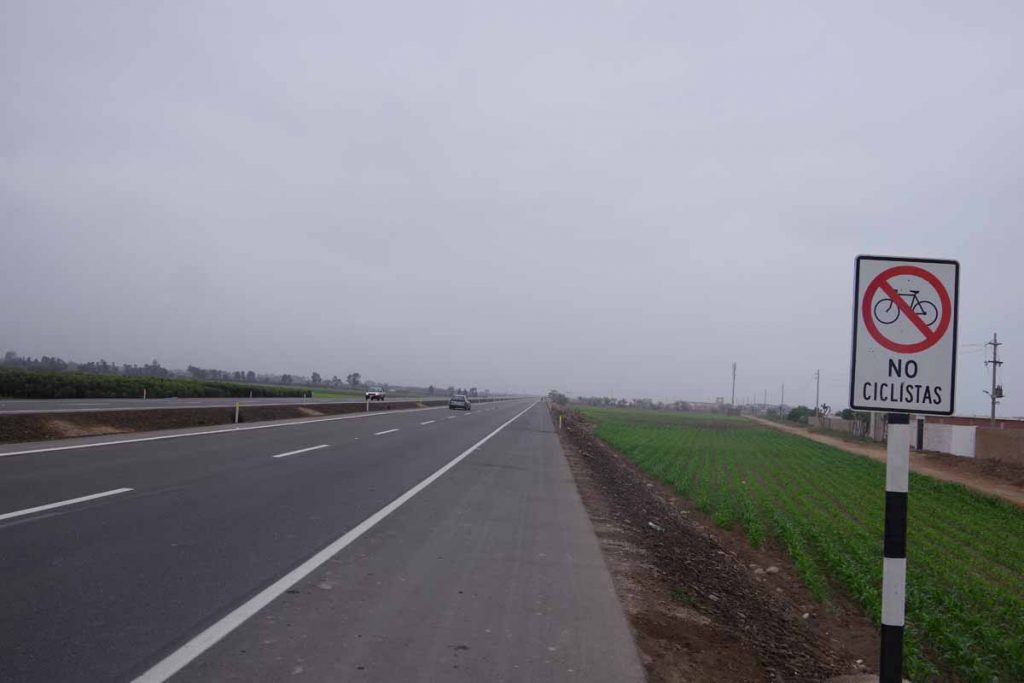 This section did have a few no bikes signs. By the time I saw the first one, there wasn’t much alternative route to take. In any case, the Pan American continued to have a nice shoulder, except for a bridge where the third of the signs was located. I suspect the signs came because the bridge didn’t have a shoulder. However, traffic was light so I was only on on the bridge. 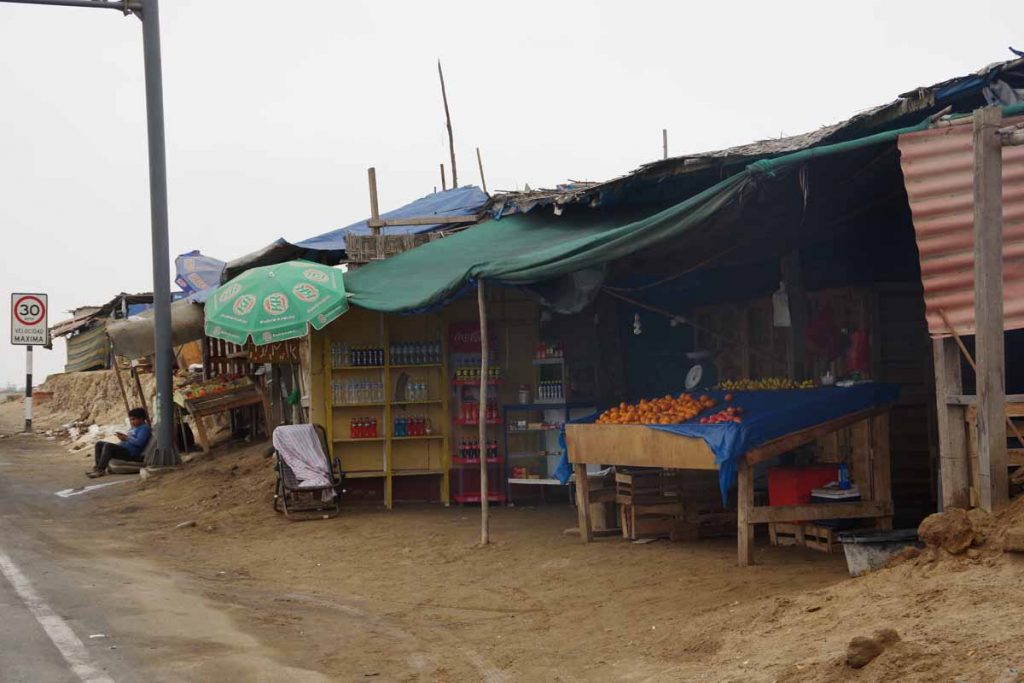 After the agricultural section, I went up a hill to a section I would describe as “lost coast”. The road again bounced on top of the hills. I didn’t see much of the coast on the side at all. There were a few of these fruit stalls. Nice excused to stop and get a few mandarin oranges. 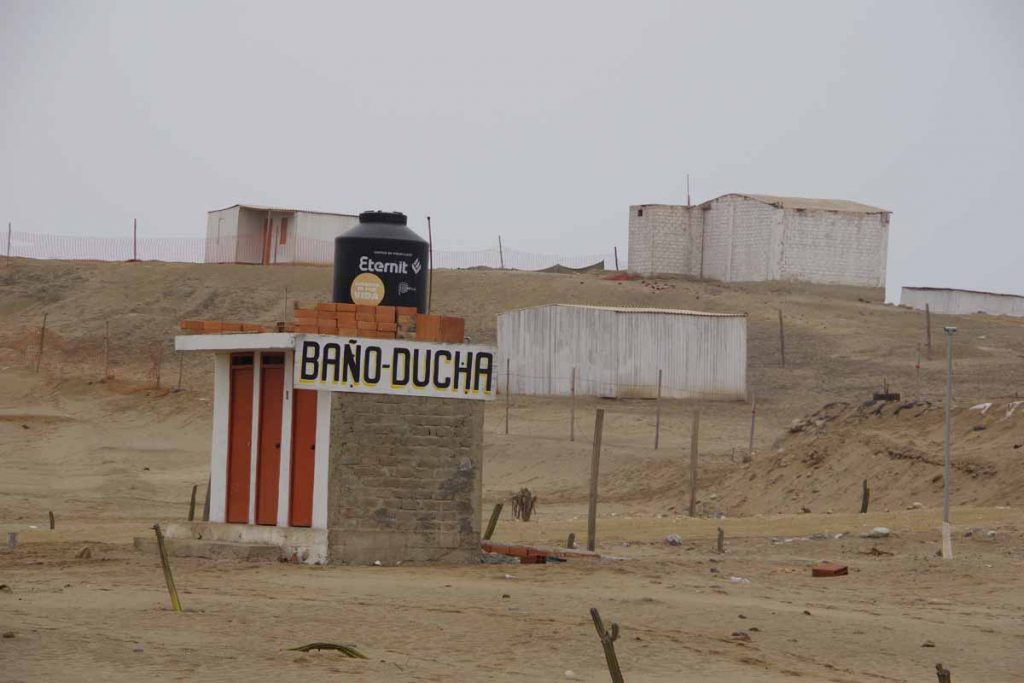 This bathroom and shower was in this section, in middle of nowhere. 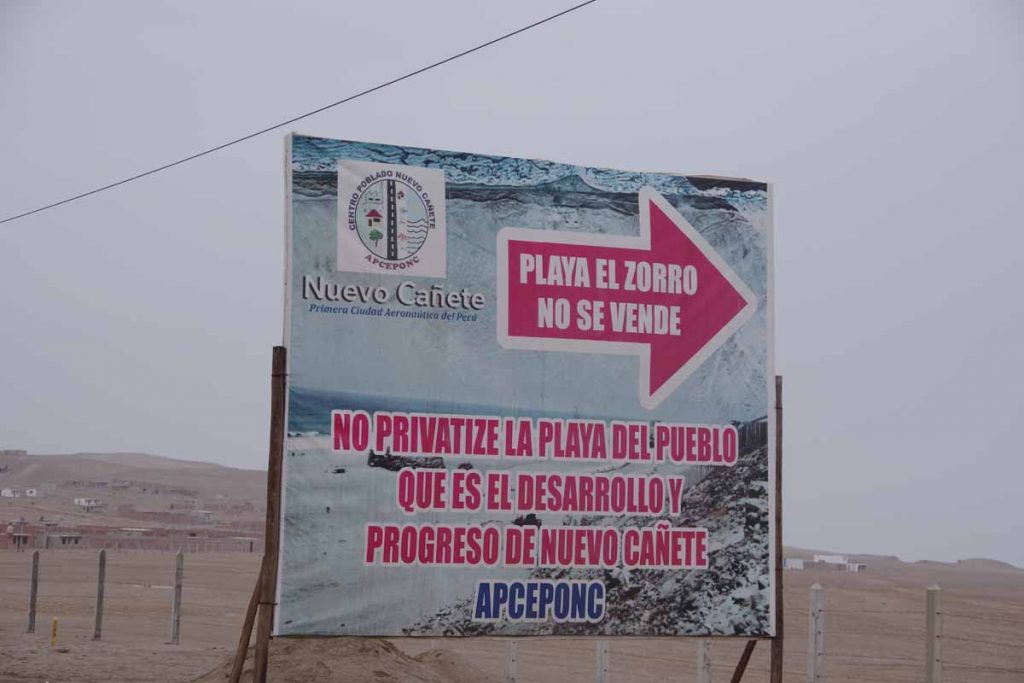 This seemed to be an argument or explanation for keeping the town beach in public hands rather than letting it become private as beaches further north had become. 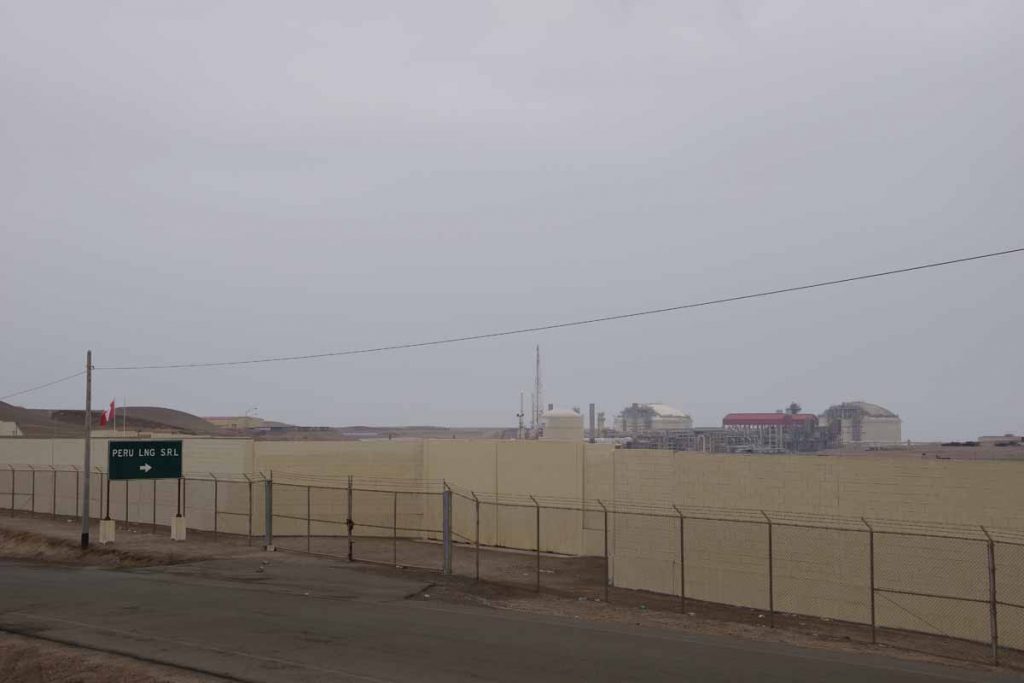 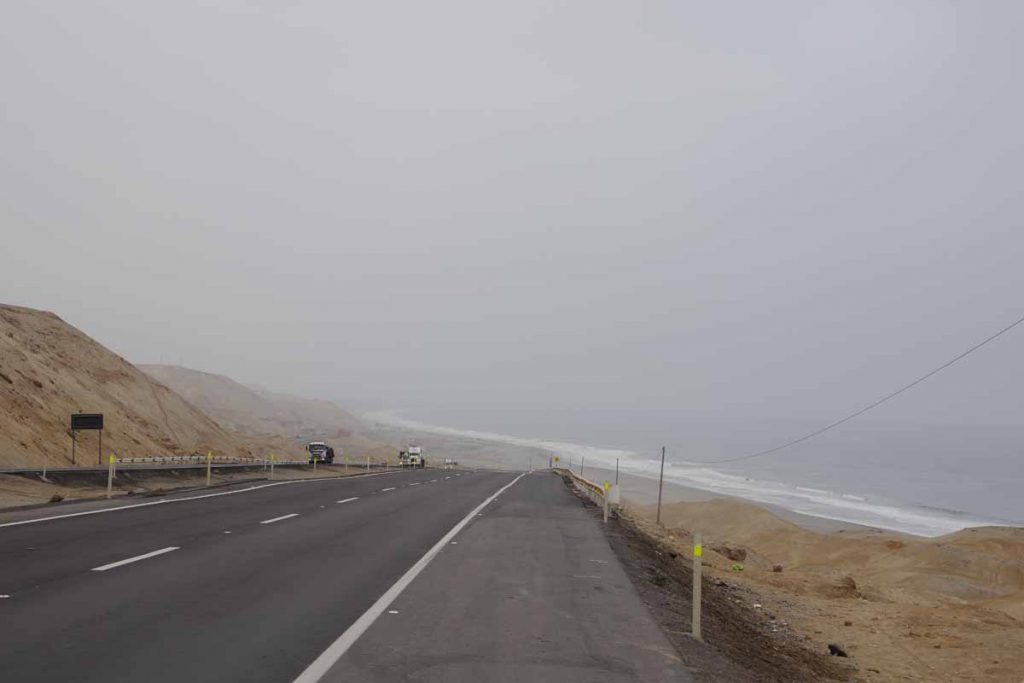 After the lost coast, I came down the hill and went along the ocean. This had more businesses. 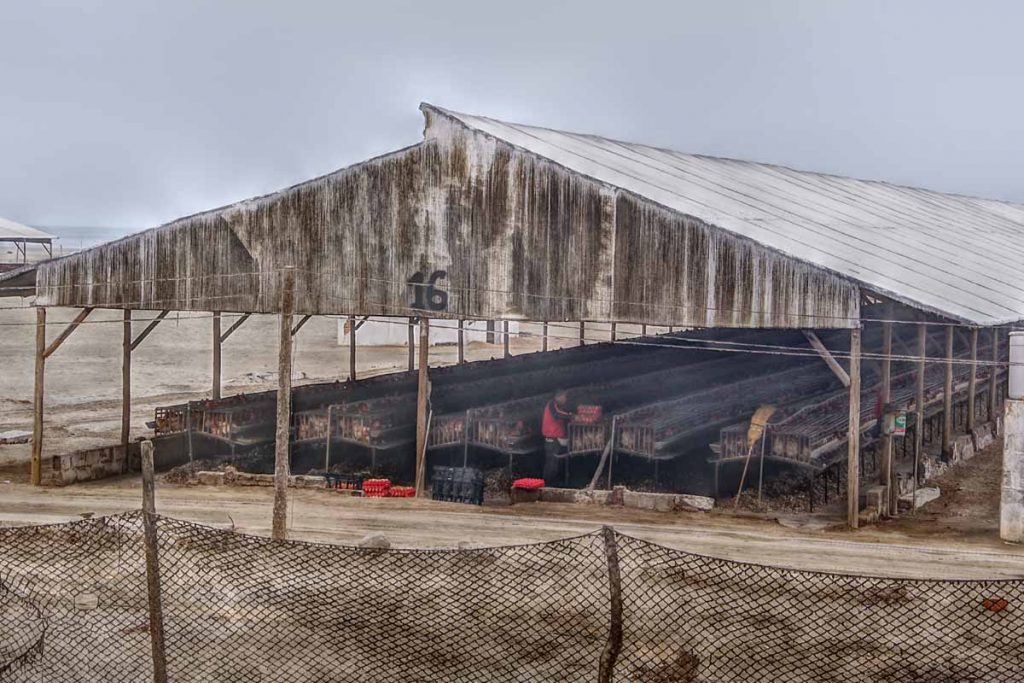 There were chicken tents (taken in HDR to get details from the shadows). 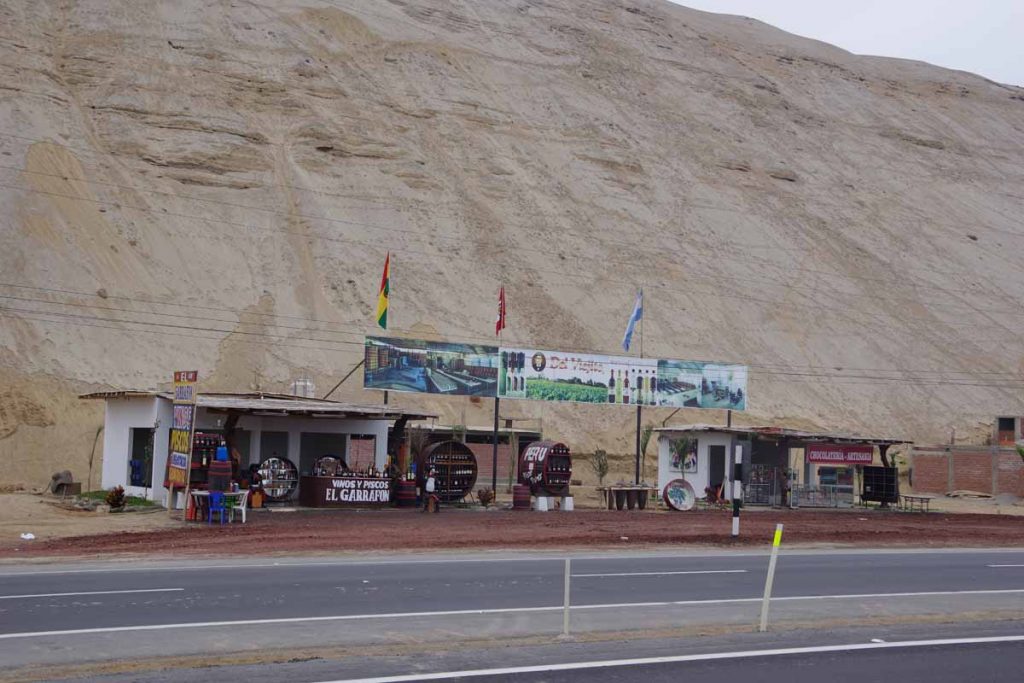 There was a wine business.

Finally the last ten kilometers I turned inland and to the small town of Chincha Alto. 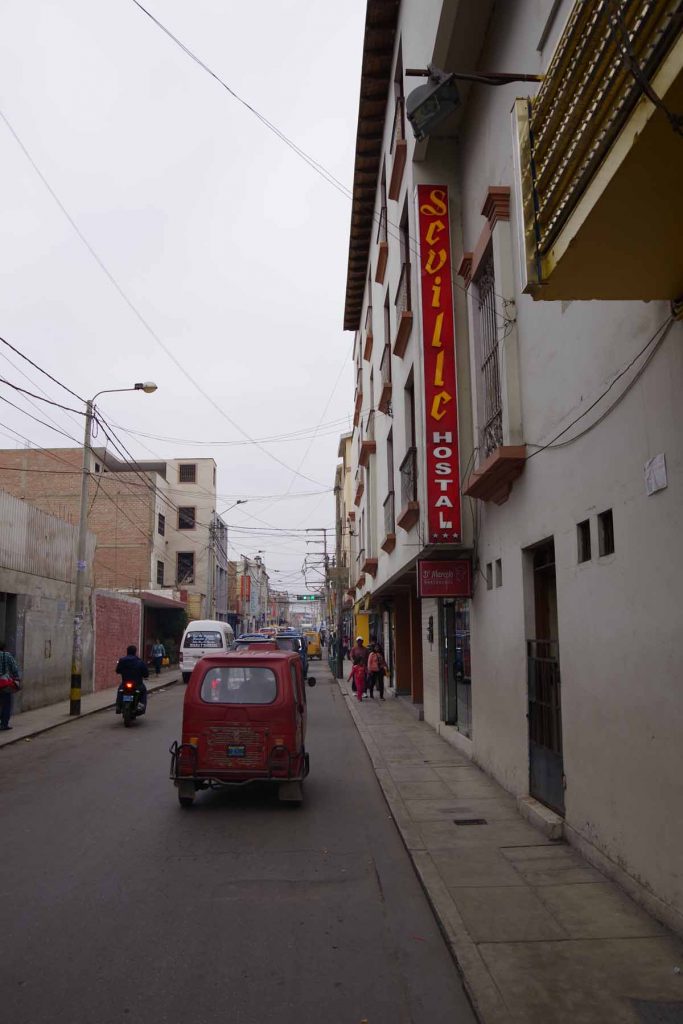 I found a nice hotel that had been recommended by my uncle Gerard. 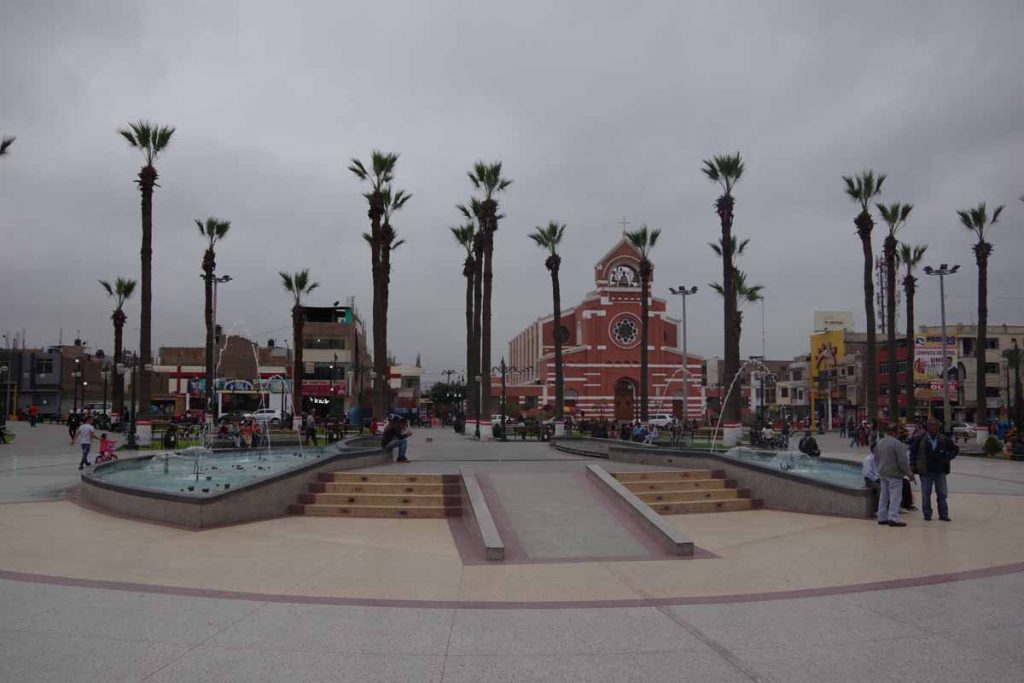 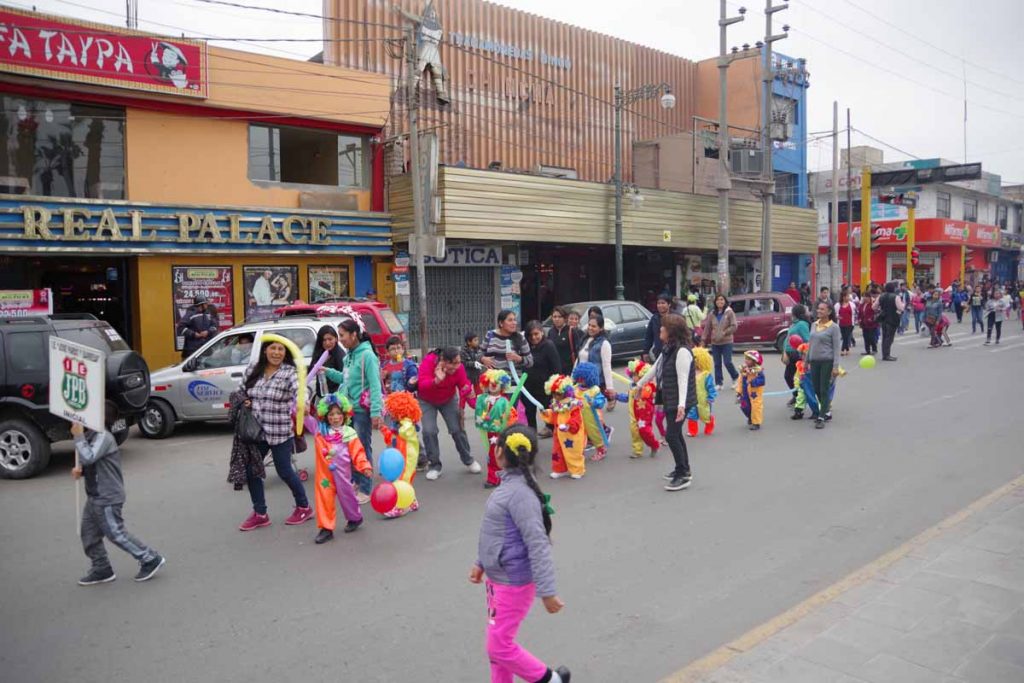 There seemed to be some type of children’s parade. 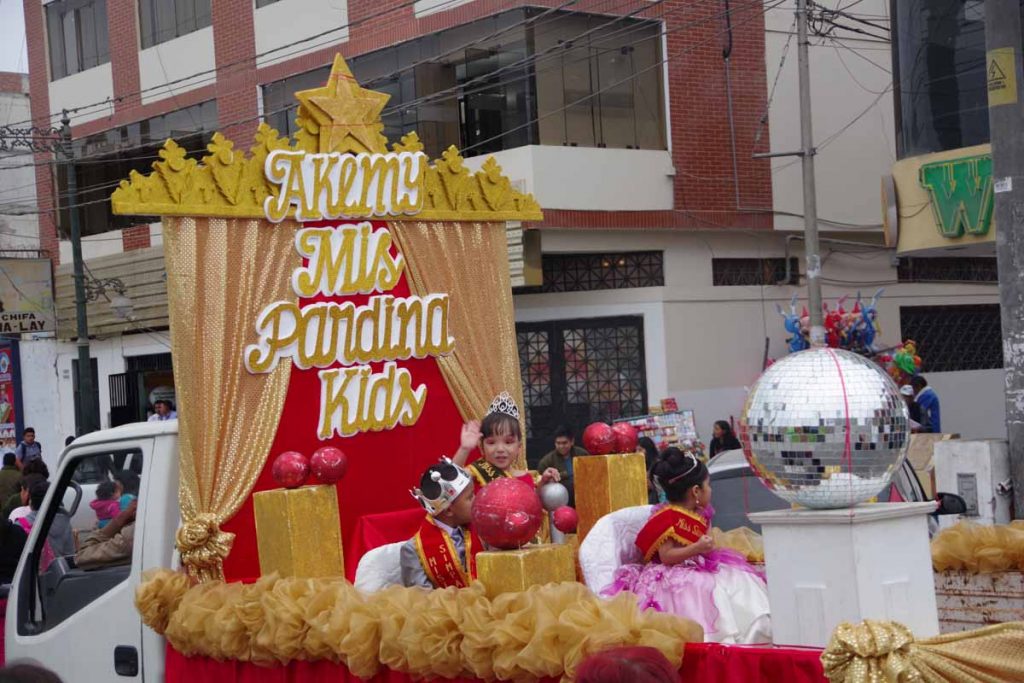 Complete with a royal princess. 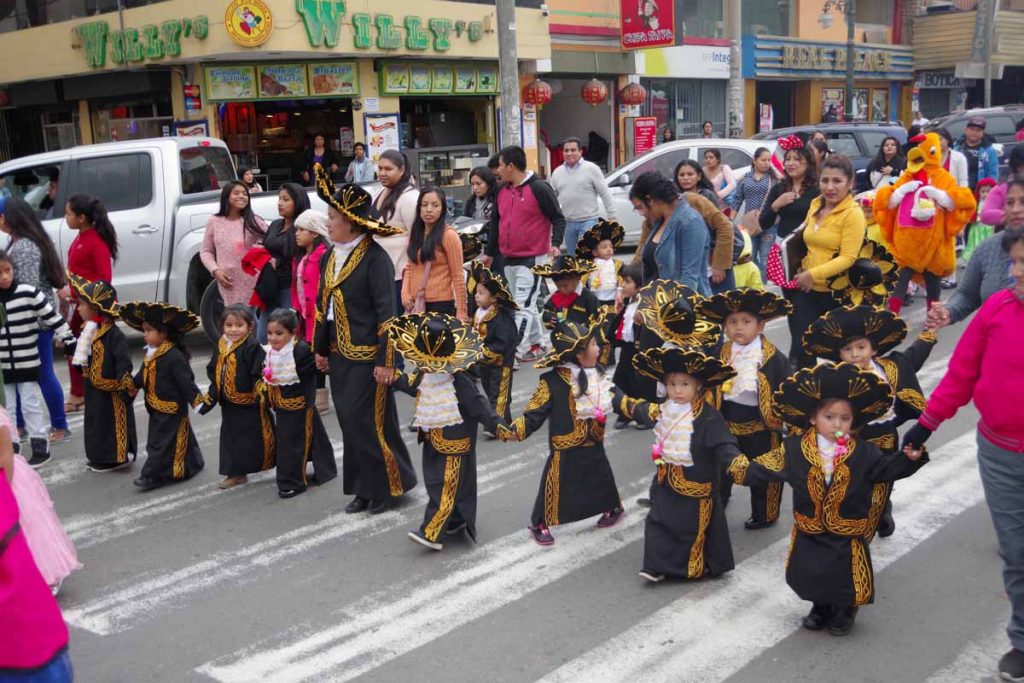 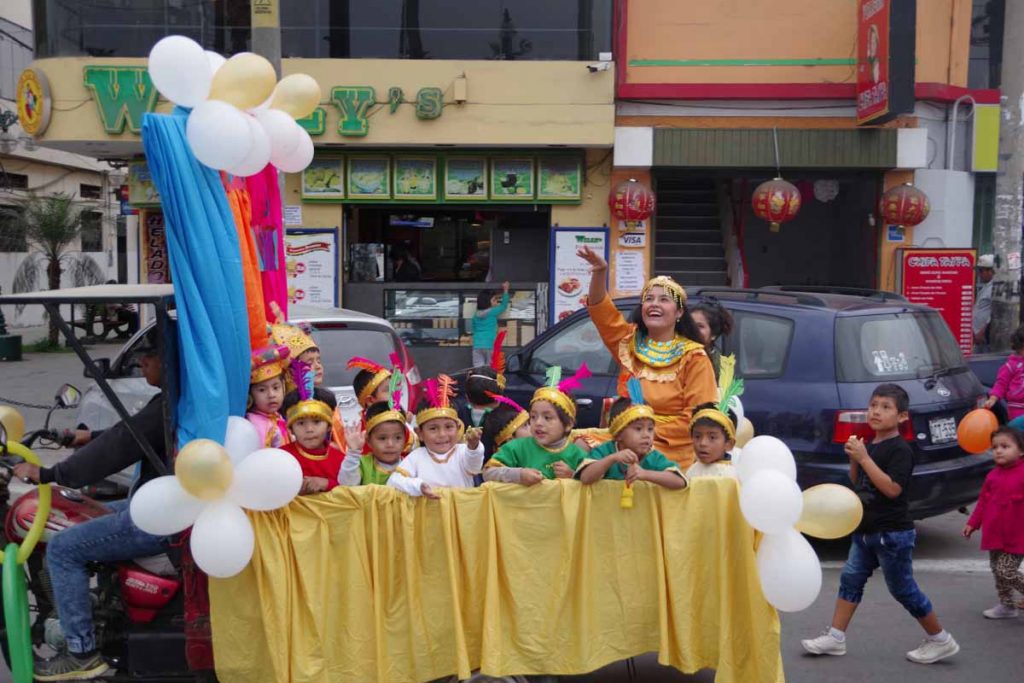 Overall a slightly long day but good ride with a good variation between the sections. Also Chincha Alta is nicest little town I’ve come through since Lima.